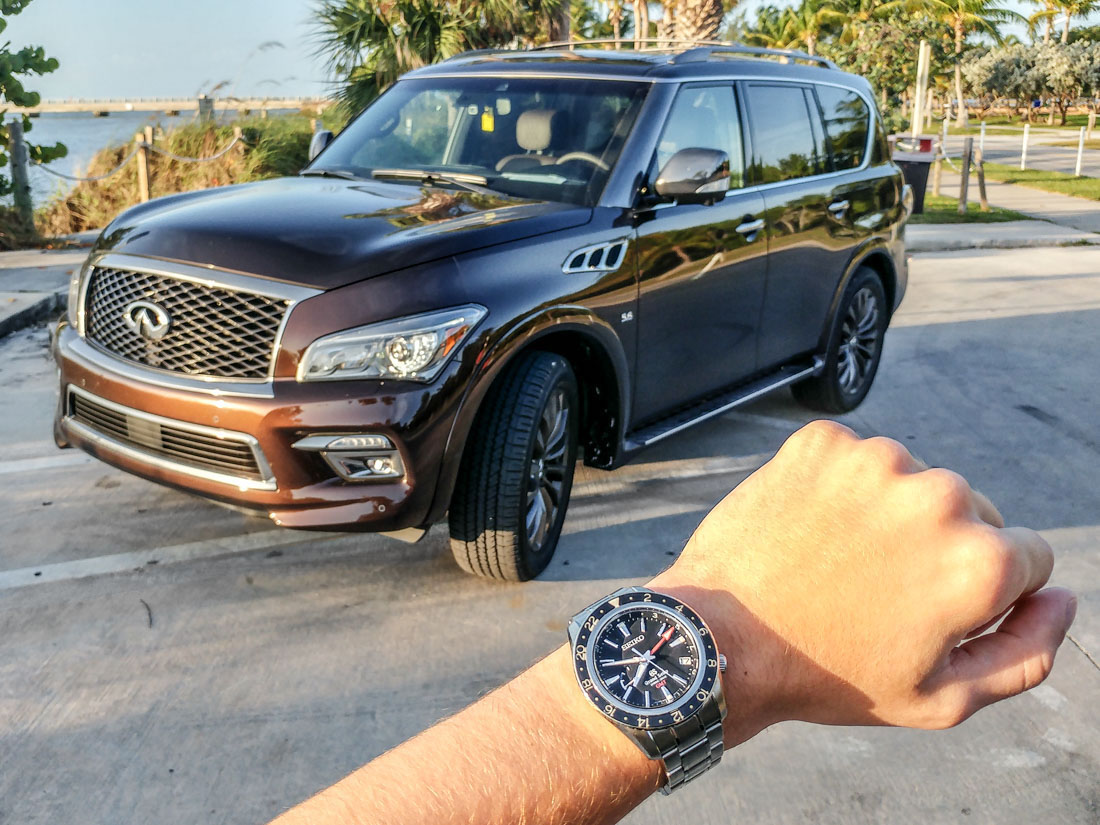 I typically have good results when mixing things which are both high-end and Japanese. Down in South Florida where performance speaks louder than pizazz, I decided see how well a Grand Seiko Spring Drive GMT SBGE001 watch matched with a 2017 Infiniti QX80 Limited luxury, true SUV. Grand Seiko represents the apex of timekeeping at Japanese Seiko, and Infiniti QX80 Limited represents what I believe is the most expensive vehicle currently sold by Japanese Nissan’s higher-end Infiniti car division. 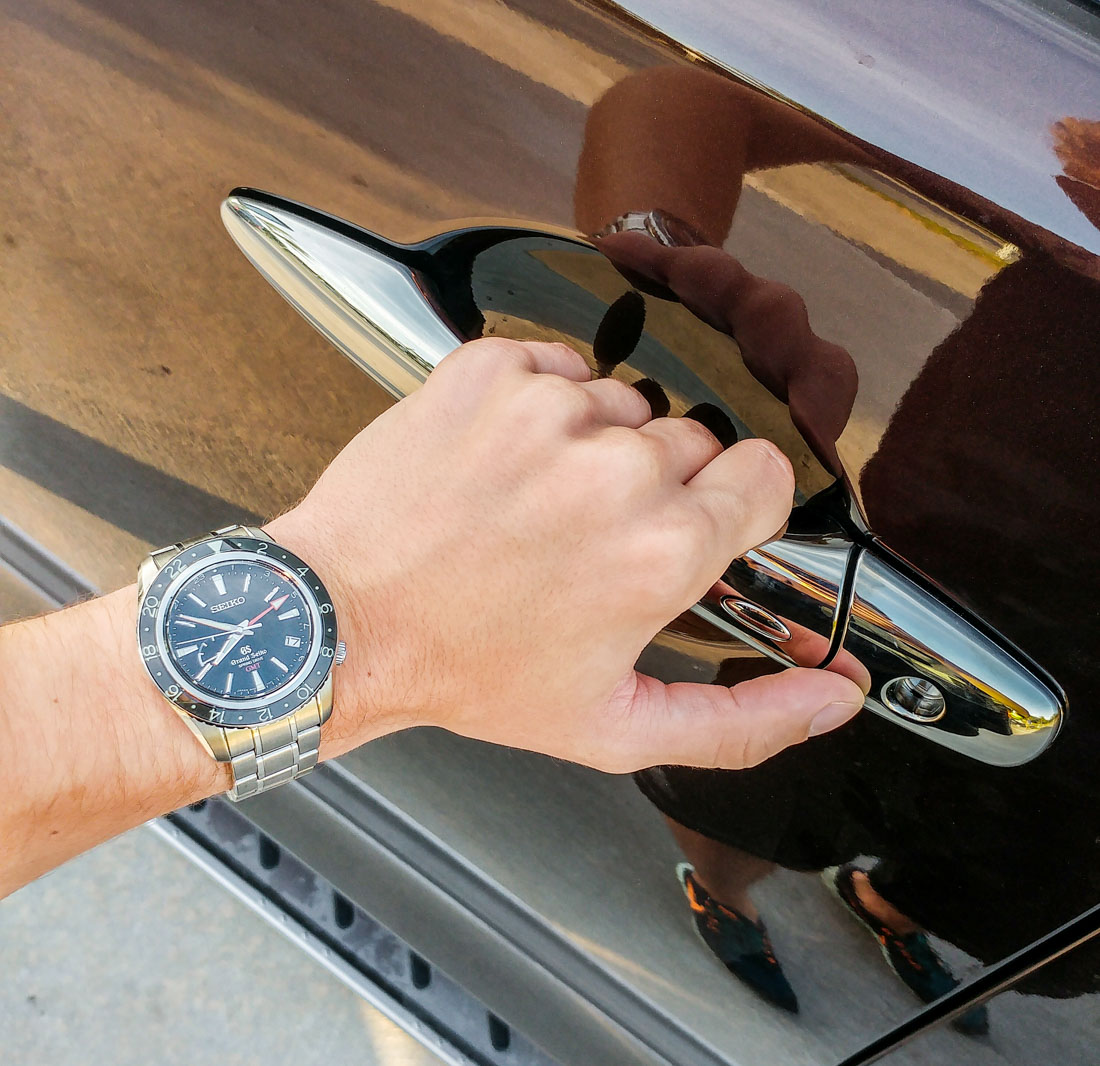 What the Spring Drive GMT and QX80 have in common is that they are each first about function, and second about status or image. That’s not a bad thing, but it is helpful to know when trying to understand the genesis of these two items, especially in the context of luxury goods. In their own distinct ways, this watch and this car each attempt to offer world-class utility for a market of buyers who probably need only a portion of that utility. 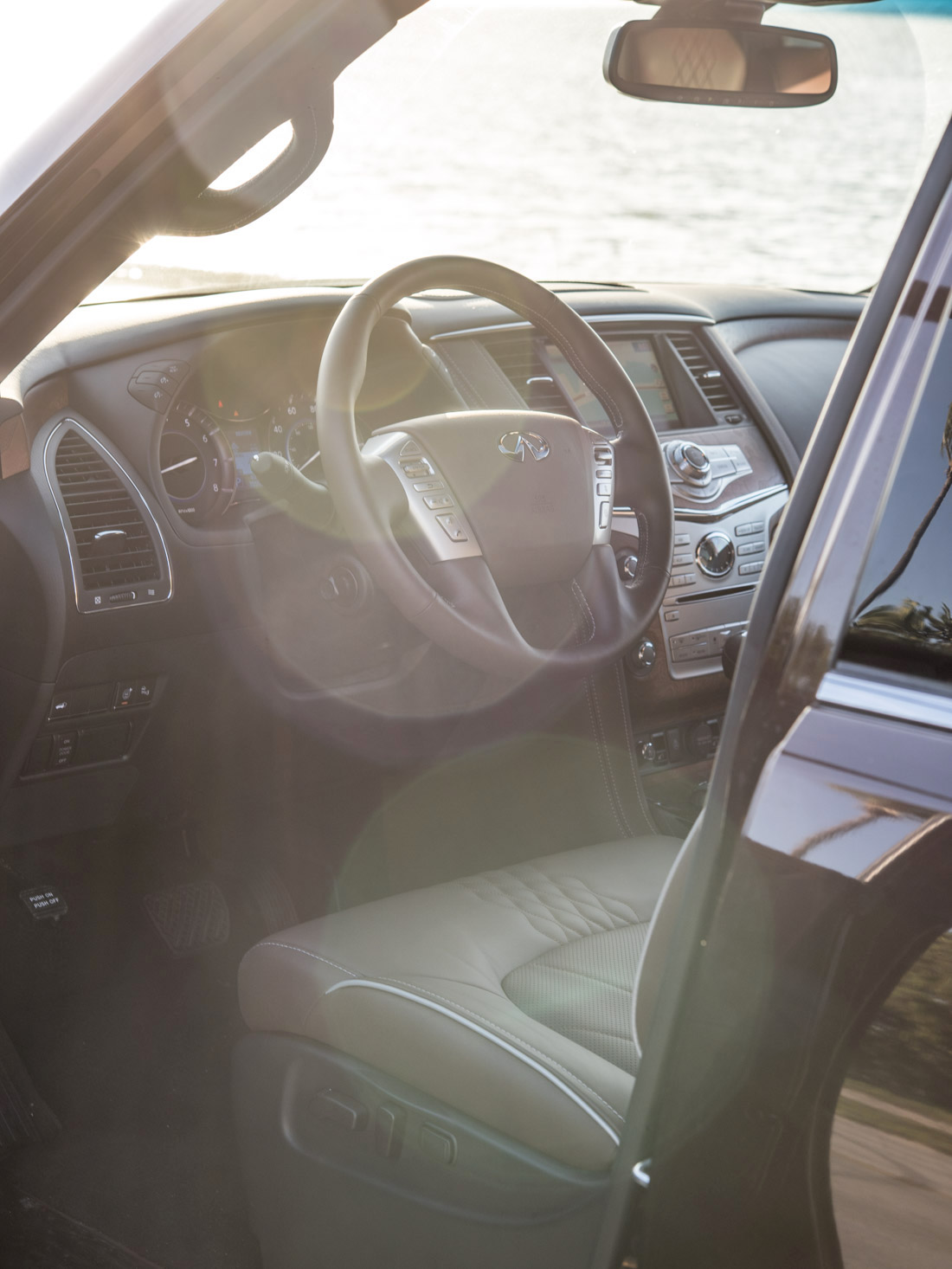 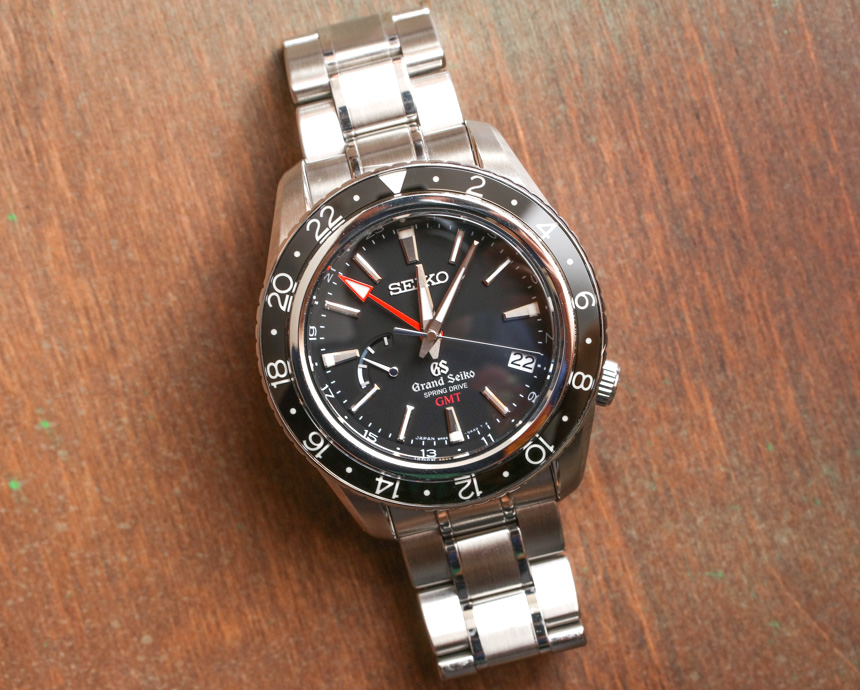 While it is meant to serve as a capable traveler’s watch able to remain functioning and very accurate in even the most remote regions of the earth, most wearers of the Grand Seiko Spring Drive GMT SBGE001 will likely not venture too far from a major international airport. Similarly, while the Infiniti QX80 can traverse trails far from paved roads (but not gasoline sources), its most demanding trials for the majority of owners will probably be towing home a week’s worth of groceries for a large family. 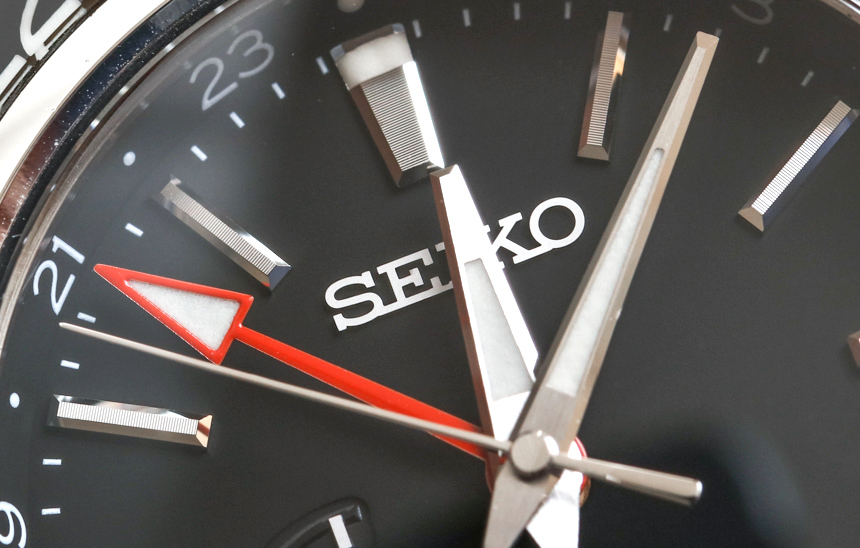 Having said all that, I’m rarely the type of person to get excited about mere sustenance and the satisfaction of basic needs. But why is it that we seek more than we actually need? I really don’t need a wristwatch with fancy diamond-polished hour markers and some of the industry’s best hands… just to legibly tell the time. I also don’t need an urban people-mover with a sophisticated automatic four-wheel drive system that wants to battle mud when I’m just trying to handle some rain. Or do I? 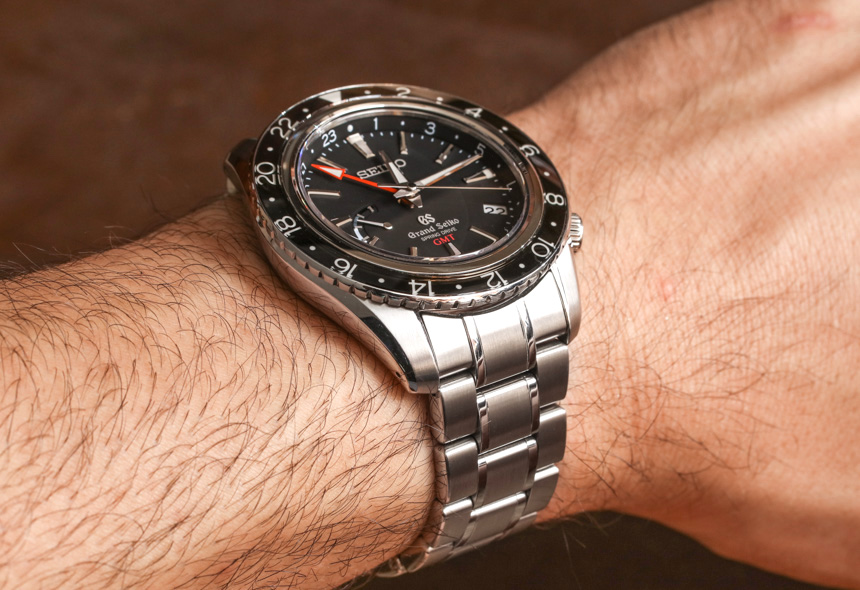 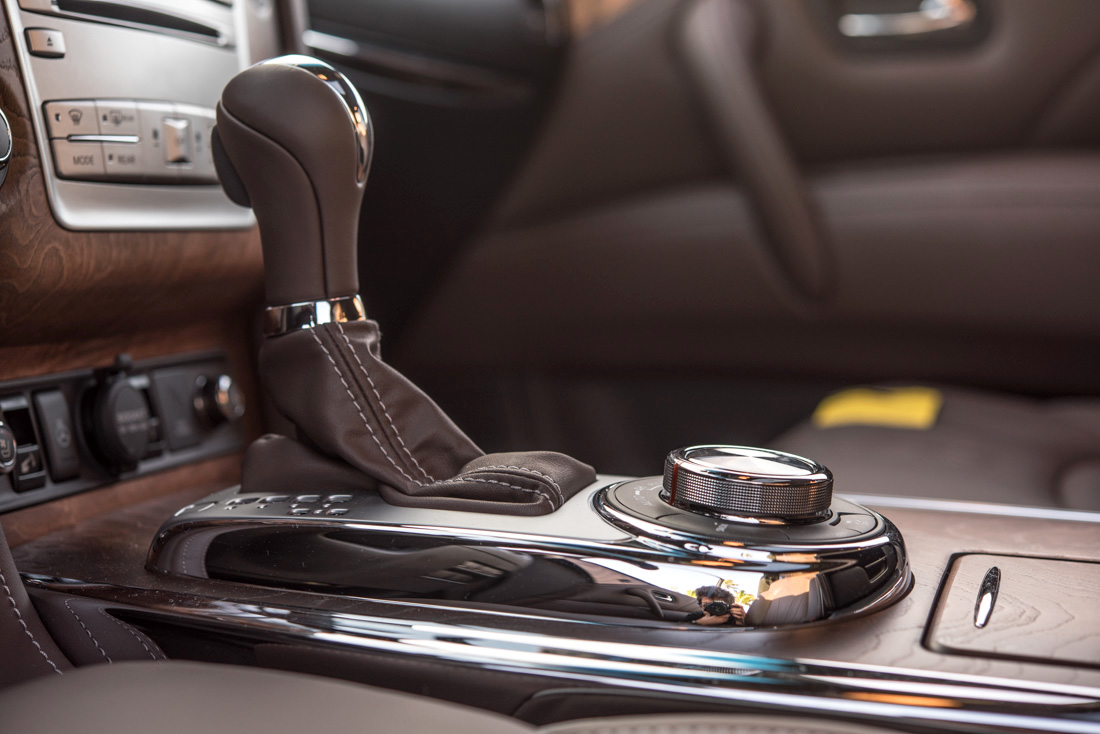 One school of thought when it comes to desiring luxury tools is that as we gain greater appreciation of the engineering and design that goes into the machines we rely on, the more we desire better-made and high-performance machines. This is different than desiring luxury to show off status or success. It’s a very personal desire which, in a sense, is as quiet as the person’s appreciation for that particular mechanical art. Thus, applying this motivation to luxury items, the desire is more introverted about about the person owning/using the items, versus extroverted and mostly about other people seeing that person owning/using their luxuries. 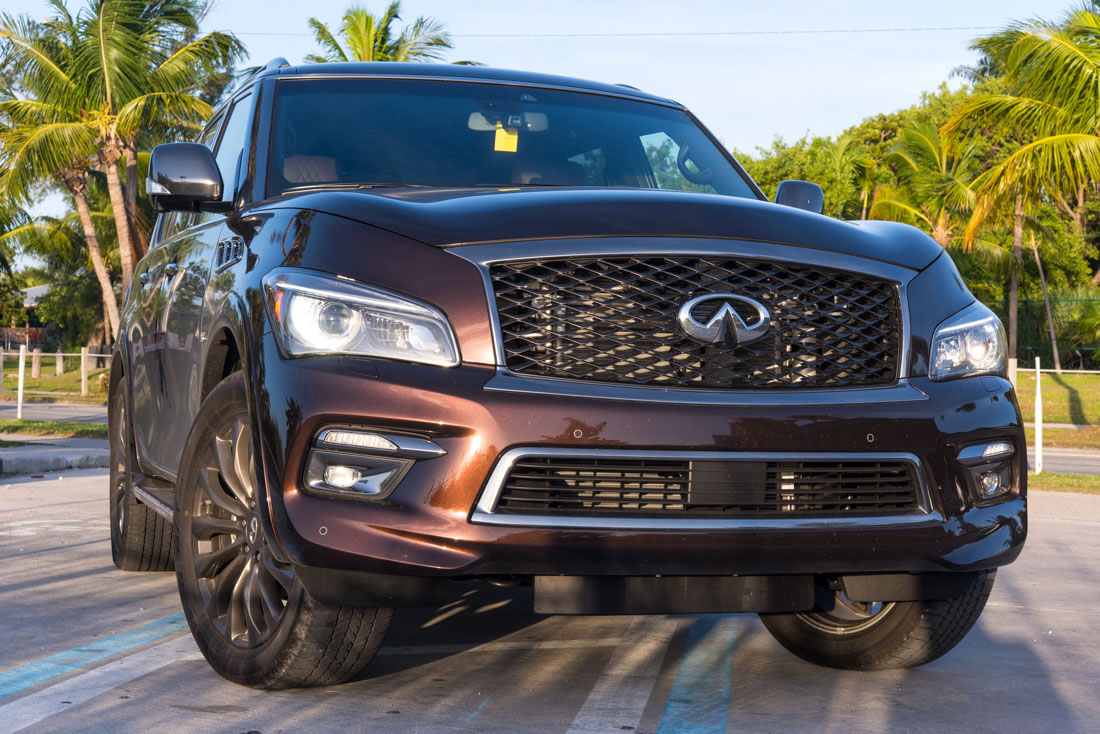 Idle thoughts like this tend to populate my mind even as I’m enjoying the pink sunsets made famous by generations of South Florida sun worship from Miami down to Key West, which is the exact route we are driving the “Mocha Almond-colored” monolith of a truck down into Margaritaville country. 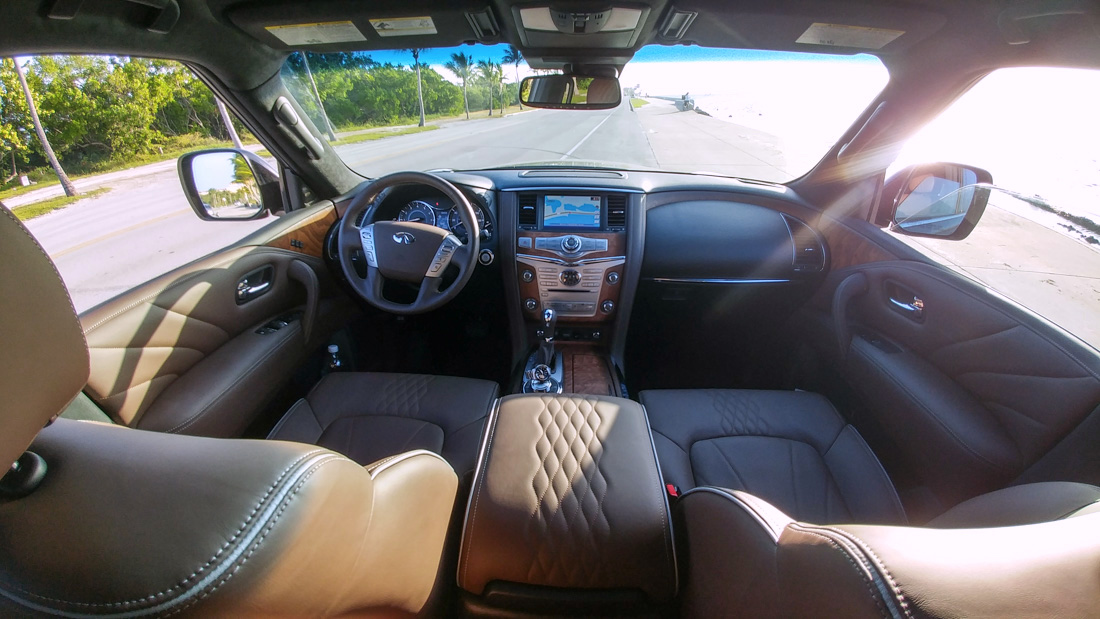 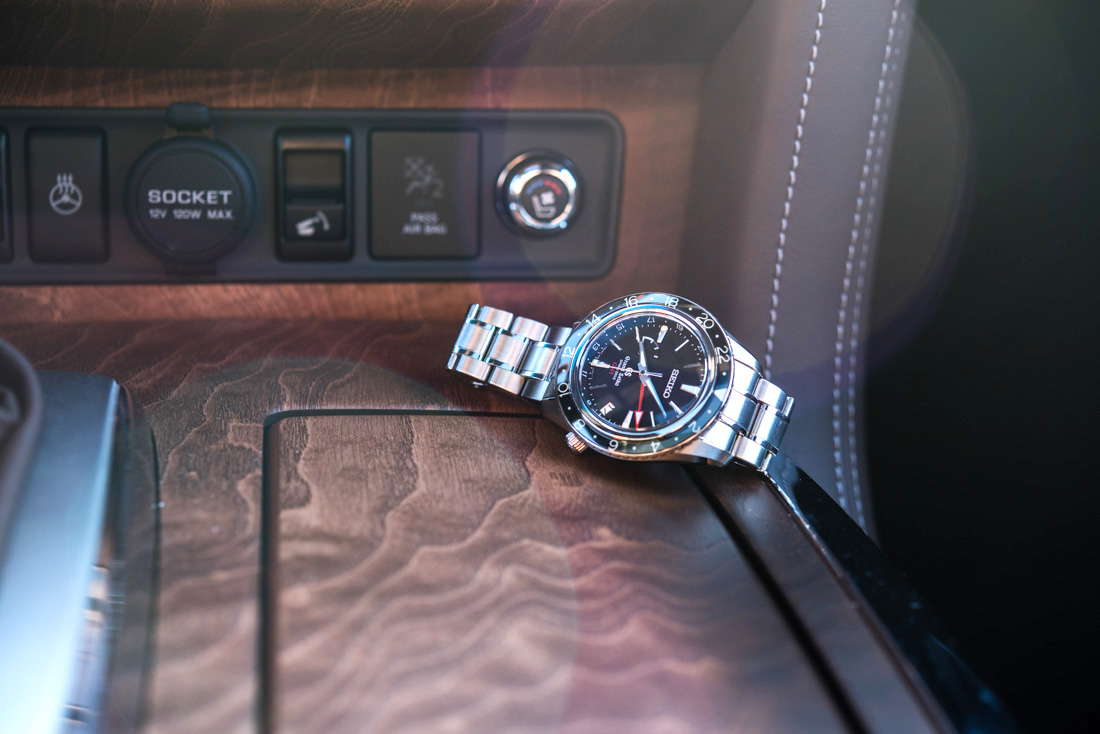 I like saying “truck” because the Infiniti QX80 is just that. This isn’t a plush sedan on a raised suspension with aggressive styling. This is an old-school high-end SUV built on a truck-style chassis slathered in as much leather and electronic goodies as the minds back in Japan can imagine up. Autos like this are uncommon these days because of gas prices and the taboo against big thirsty combustion engines. Twenty years ago they were all the rage. Today, the landscape of large high-end SUVs actually designed for off-road use is smaller, but with famous options from brands including Land Rover, Lexus, and of course, Infiniti.

The Japanese have always had a thing for these lux-riding rubble-crawlers, and they happen to do them very well. Some people complain that these cars suffer from “aging platforms,” but in reality these people don’t always understand that there are trade-offs for being a truck. In exchange for comfort off-road and dealing with terrain that isn’t only smooth pavement, you lose some ride quality, stability, handling, and of course, poise. 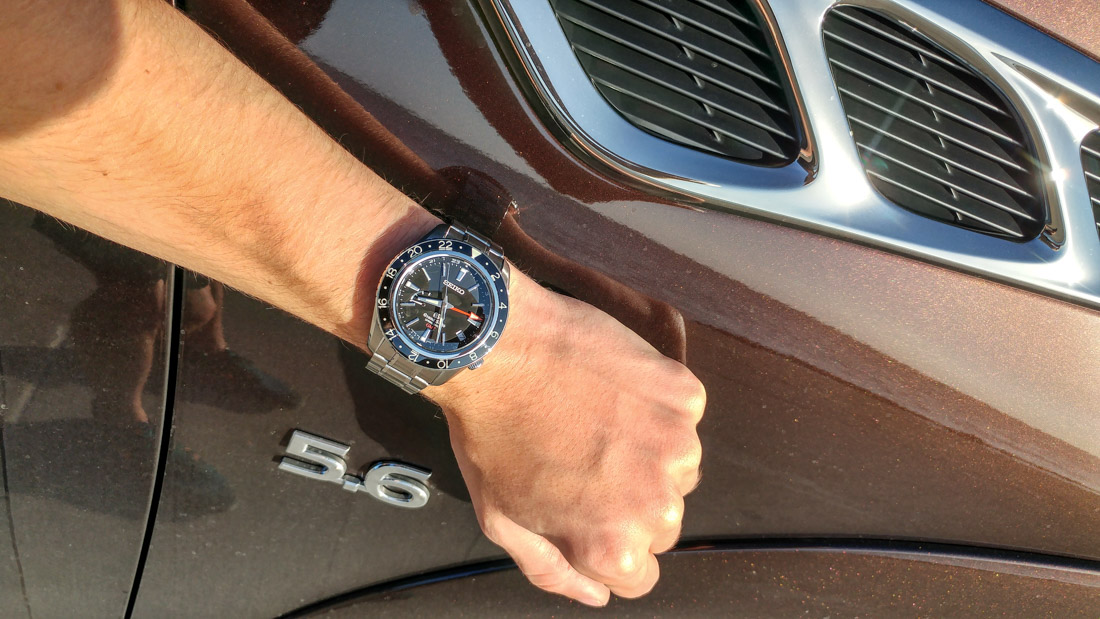 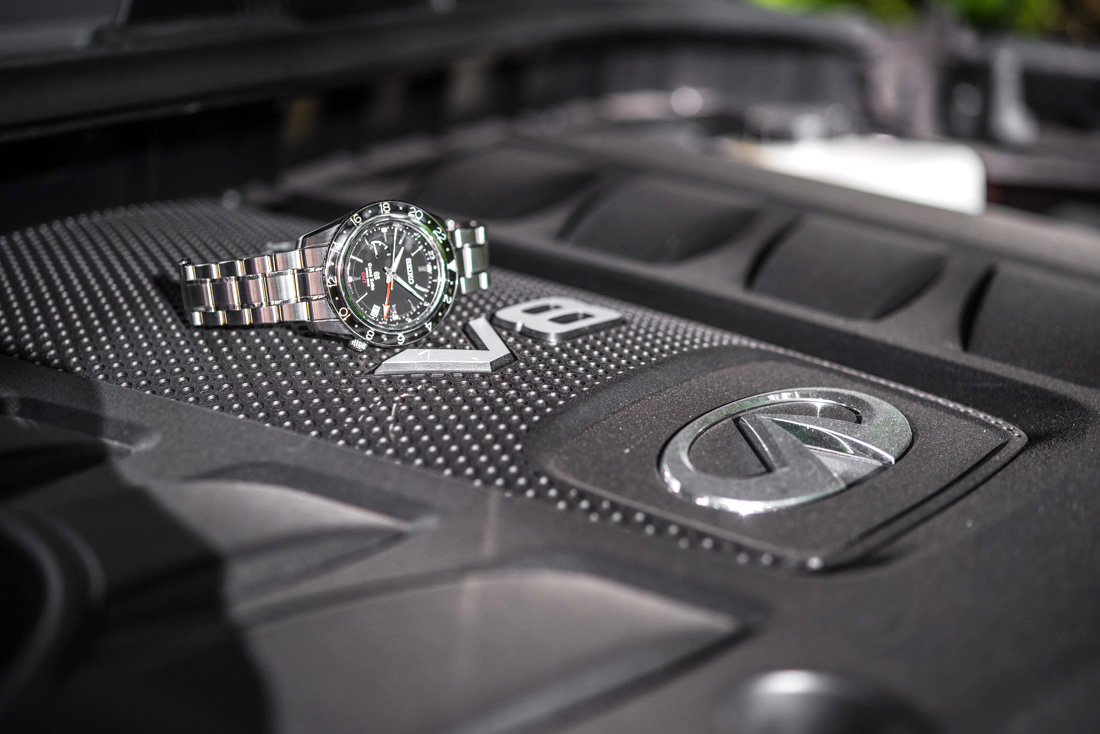 Infiniti uses a lot of clever tricks to mask the truck that lies beneath the chic design of the QX80. A fancy hydraulic suspension system (Hydraulic Body Motion Control), seven speed automatic transmission, and sizable 5.6-liter naturally aspirated V8 that produces 400 horsepower keep the clearly voluminous Infiniti QX80 Limited feeling about as nimble as you can expect. If you desperately want a pure car-driving experience, then you need something built like a car. If you want (or need) a truck for regular inclement weather or off-roading but don’t want to feel like you are driving one all the time, then something like the Infiniti QX80 will be near the top of your list. 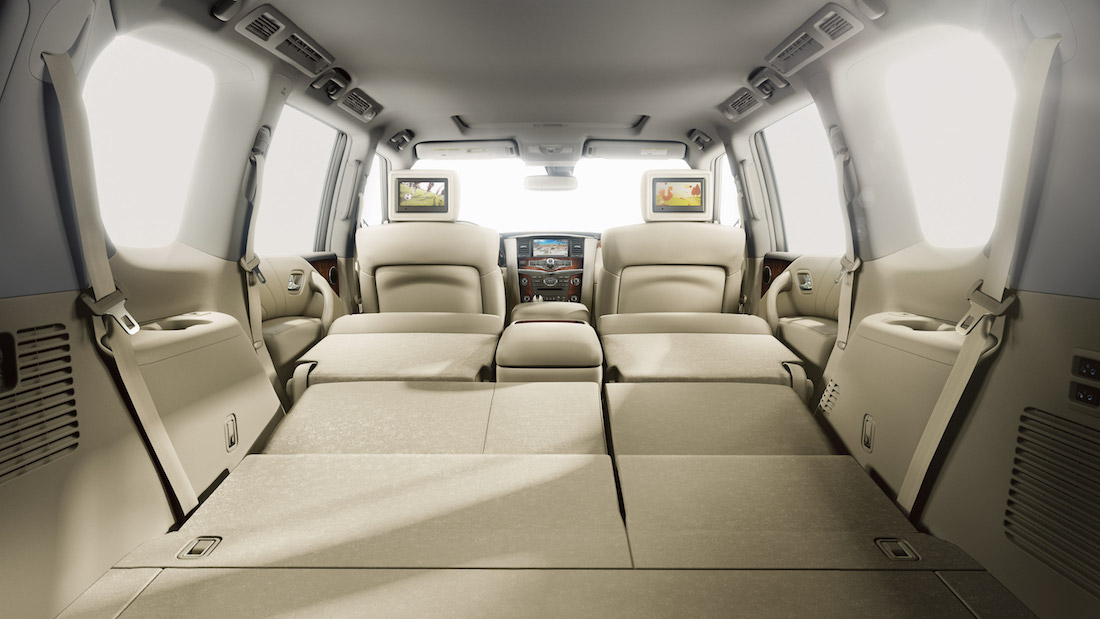 There are many parts of the world where wealthy people encountering the above conditions need cargo carriers to lug themselves and supplies around their estate or towns. I do, however, feel that in urban areas the Infiniti QX80, and its highest-end QX80 Limited are show-off vehicles. There is nothing inherently wrong with that, and a lot of people use the space of a fortress like this and enjoy the commanding seating position… but they do know their vehicle of choice is not in its natural environment. For that reason alone, it is a decadence (it just might not be your flavor of preferred decadence). Don’t forget that you can’t have luxury without decadence. The two concepts are linked for us consumers. 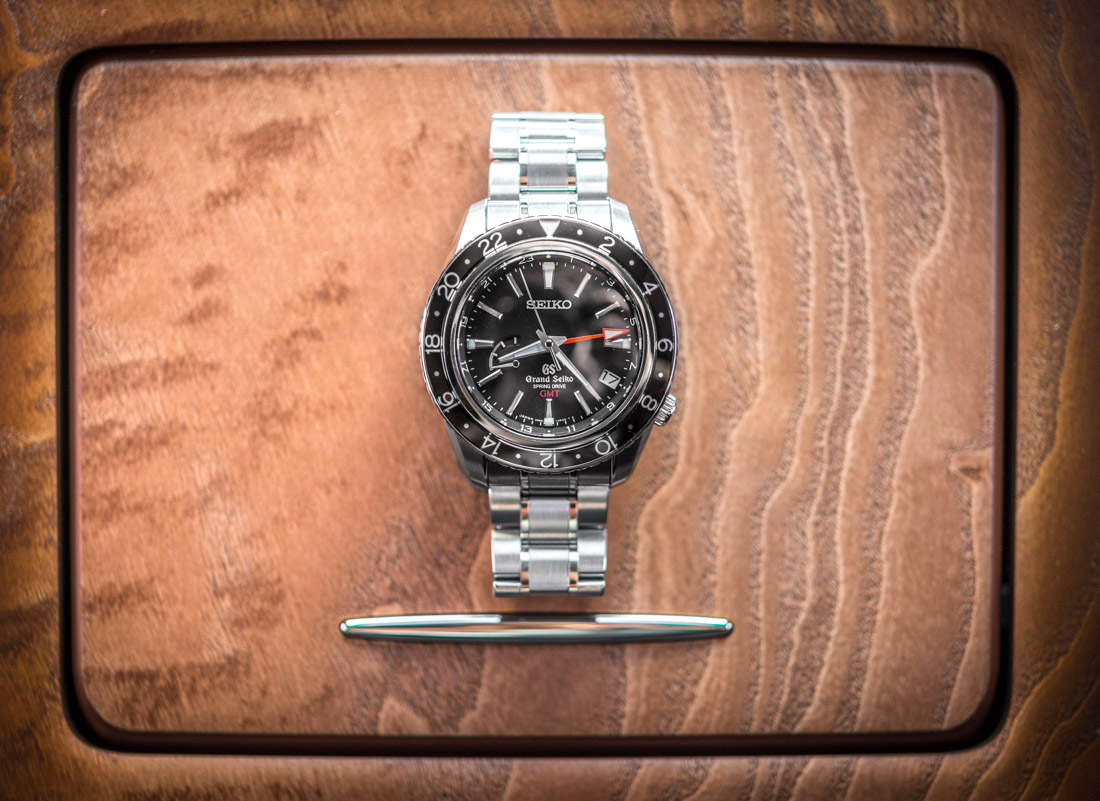 With watches, I am much more comfortable in varying my choice of decadence, as timepieces are easier to own in numbers. In that way, cars are a greater commitment, if only because of their size. Seiko’s Grand Seiko Spring Drive GMT SBGE001 is probably the type of watch many people would be glad to own as their sole timepiece, but for me it’s a go-to choice for when I want to personally admire the effort that went into the tool on my wrist. It isn’t just for impressing other nerdy watch lovers, even if it happens to do that well.