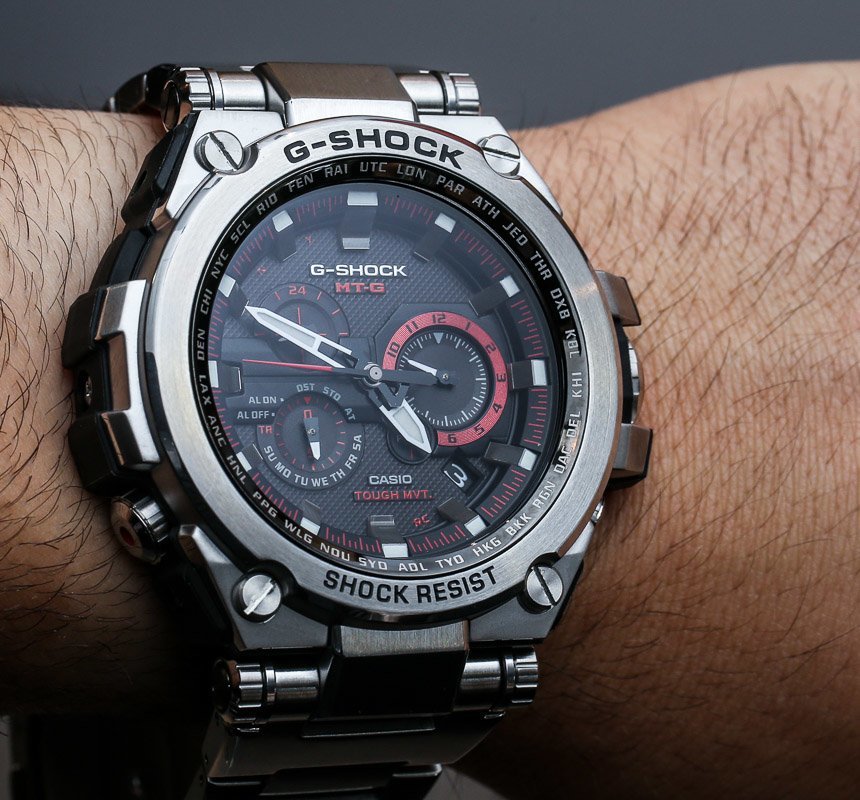 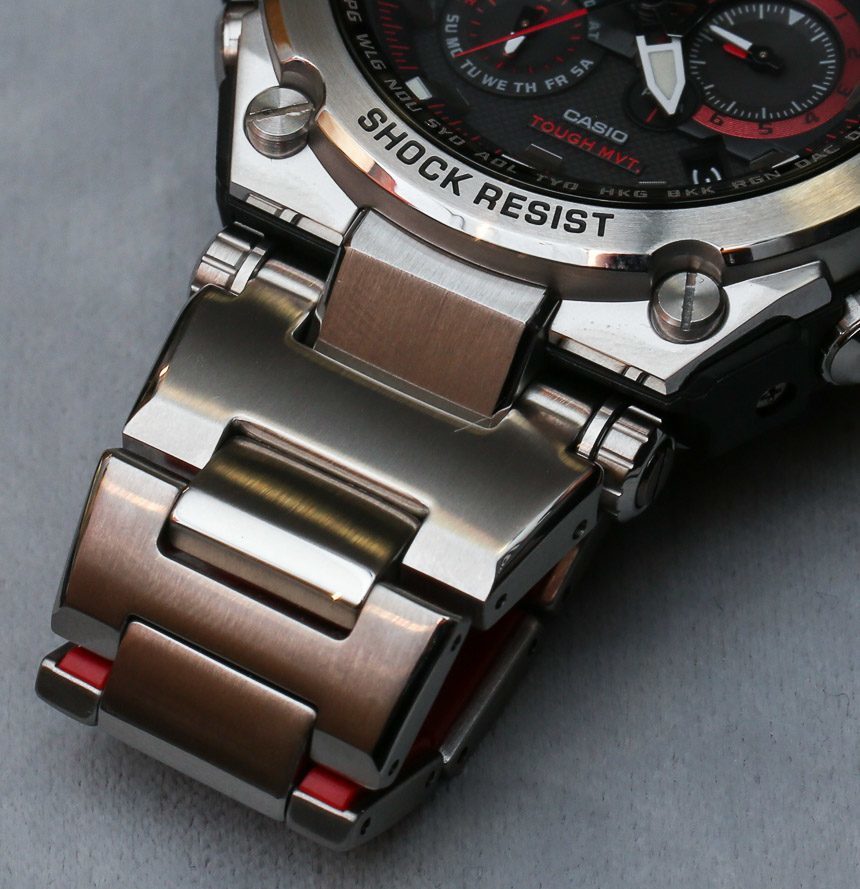 For the US market, Casio won’t be bring its entire Casio G-Shock MT-G MTG-S1000 watch family over, but know that there are more models out there. For 2014, three models are coming over to the US that include the steel with red accents ref. MTGS1000D (MTG-S1000D-1A4), the black and rose gold tone MTG, and the limited edition black and yellow gold MTGS1000BS-1A. This latter model is referred as the MT-G Metal Twisted G-Shock and has a unique aged look that is interesting for those who like the idea of combining a G-Shock with metal that appears to have the “patina of age.” I am not clear on the precise number of the limited edition of the G-Shock MTGS1000B-1A.

Like I said, there are other models that will be available, at least in the Japanese market. I’ve spotted at least six Casio G-Shock MT-G MTGS1000 models available such as the all black MTGS1000BD-1, the black and red with rose gold crown and pushers MTGS1030BD-1, and my personal favorite, which is the steel with black dial and less red color model reference MTGS1000D-1A. While the black models are really cool, I am drawn to the naturally finished steel versions for some reason. I think it is because of the personal novelty of having such a blatantly metal-cased G-Shock. 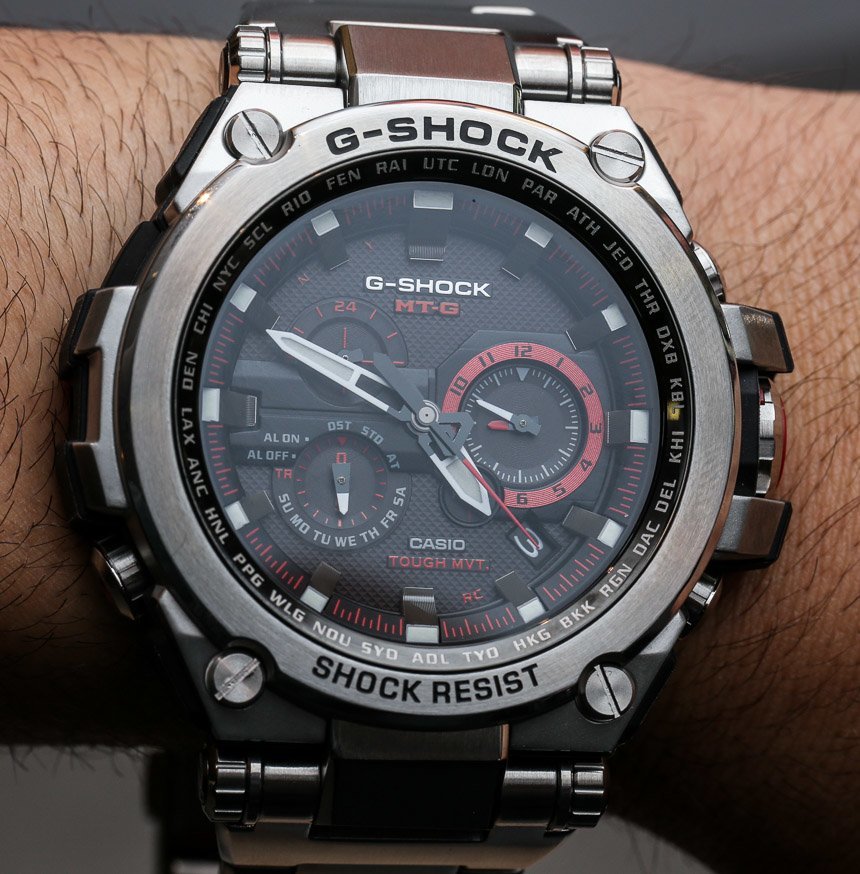 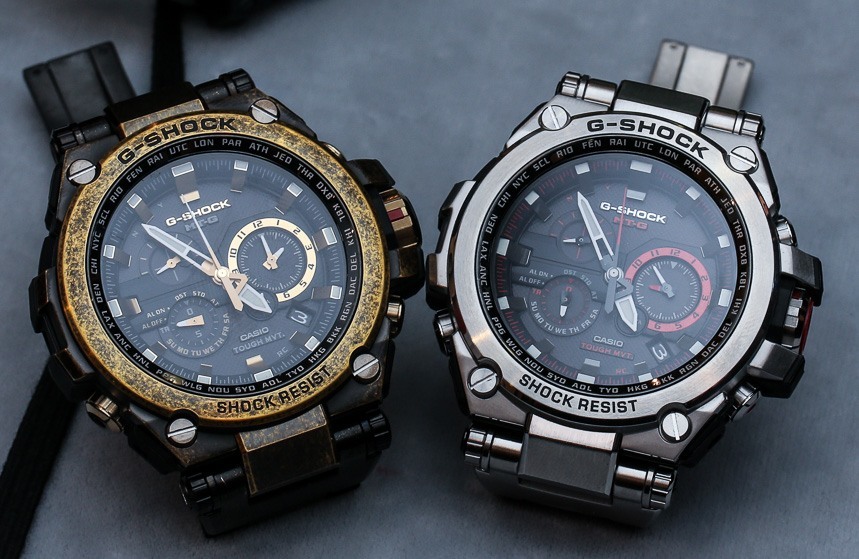 For years, I’ve admired the technical angles and design elements of G-Shock cases. Often I’ve pondered how cool some of these would look produced in metal, in a more high-end form. How cool would it be to marry the ultra-technical and functional personality of the “go anywhere” G-Shock with the luxury of a higher-end metal watch on a bracelet. Now they exist with much wider availability and I love the idea of having one that doesn’t hide the metal color with anything. Ultimately the Casio G-Shock MT-G is an enthusiast’s watch that exists in that strange area between luxury and accessible. Those demanding peak watch performance will likely go with a more affordable digital G-Shock, and those strictly interested in aesthetics will go with a classic looking Swiss sport or dress watch. For an interesting group of people intimate with the values and philosophy of a G-Shock, but who have outgrown plastic sport watches, the Casio G-Shock MT-G and its high-end Yamagata factory kin are there to help.

While the prices online for each of the various Casio G-Shock MT-G models differs a bit, I believe that Casio USA wants to even out the prices to $1,000 each. Though it is possible that they are simply giving me a price average because the prices range from $900 – $1,100, depending on the case finishing. I, for one, want to wear one of these uber G-Shocks for a while and see how I feel in the long run. I totally stand behind the concept as a luxury, and I really like what I’ve seen. Though my instinct is to give these a test run and see what living with them is like. gshock.com