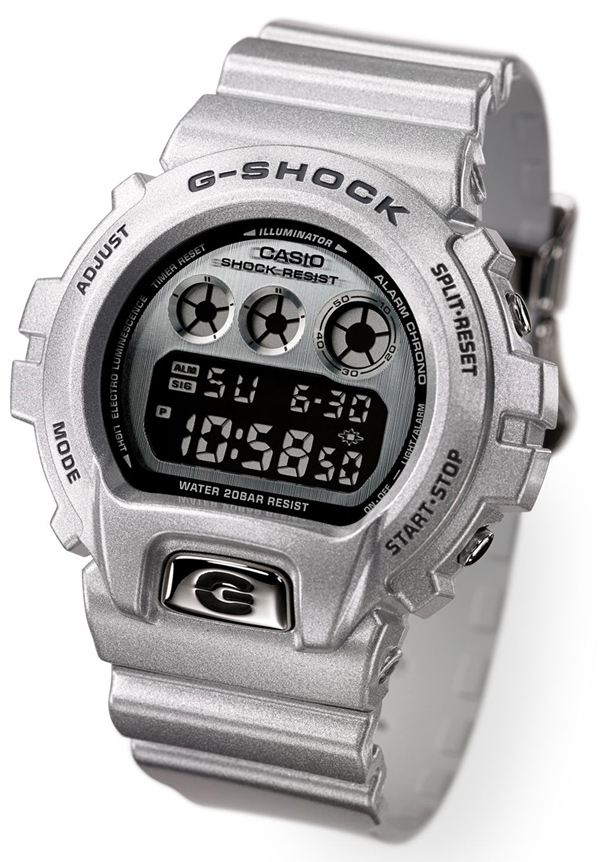 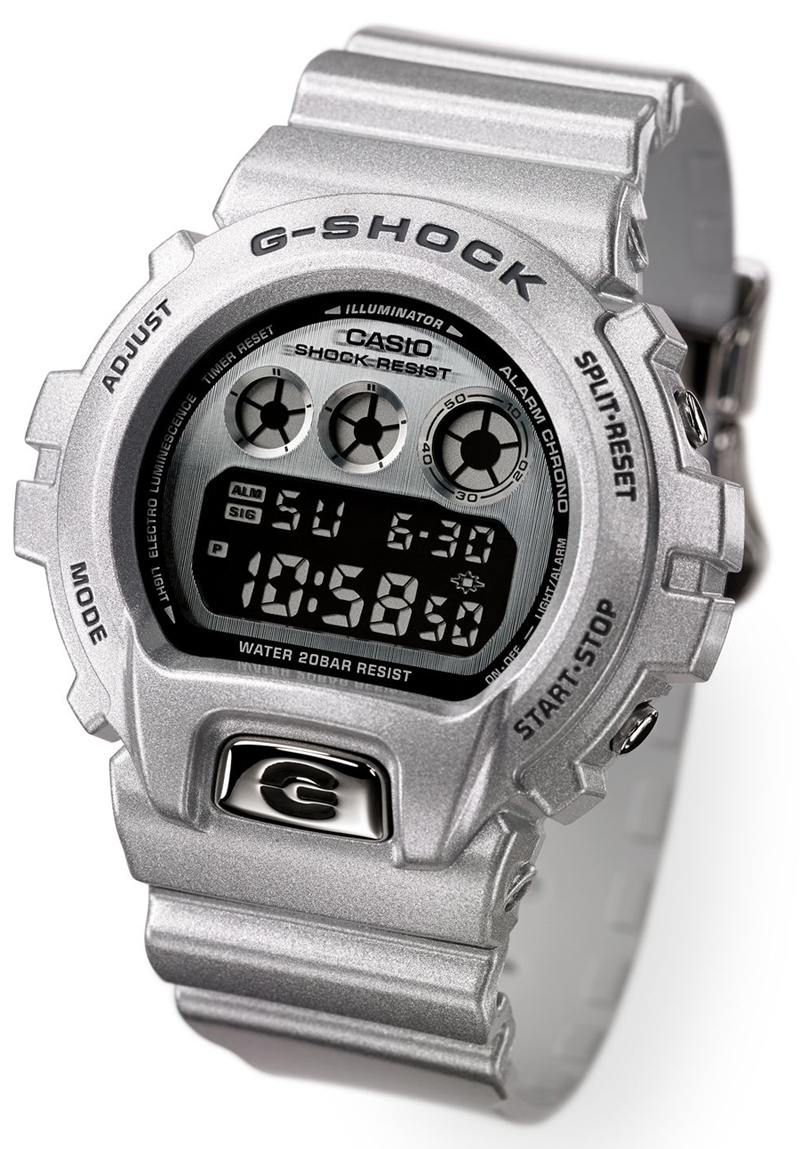 Casio‘s G-Shock has always been an unquestionably fresh, energetic, but also – with its countless editions – a superbly professional wristwatch, with durability and richness in features scarcely paralleled by other pieces. It has been owned – or to say at least acknowledged by – watch nerds, enthusiasts, and “normal” human beings alike. This recognized and beloved timepiece just turned 30 years old and Casio is celebrating with a limited edition of 5,000 pieces.

The model of choice is the DW-6900 series characterized by the round shape that came as a result of an extended search of toughness and durability. This model in fact is the most popular G-Shock model ever. The watch now comes in a “lustrous metallic silver” finish – as they say, as a symbol of future progress. You can find this piece represented by the 7-meters tall G-Shock in the motif on display in the Casio booth at Baselworld 2013 – as an interesting note that two stories height of a drop is easily survived by a G-Shock.

In order to provide unique, limited-edition-worthy aesthetics, mirror-finished front and side buttons were used, the dial is a piece of brushed-metal, and the LCD is white-on-black.

The limited edition watch’s back plate is engraved with the 30th Anniversary logo designed by Brooklyn based graphic artist Eric Haze. The commemorative spirit is further enforced by the words “Since 1983” emblazoned on the strap keeper, an aluminum medallion and the custom packaging which features the same color scheme of the watch itself.

The G-Shock brand’s fundamentals were envisioned by a Casio engineer, Kikuo Ibe’s, idea. He wanted to develop a wristwatch which was virtually unbreakable – a bold initiative at a time when timepieces were generally considered to be brittle, fragile items. Actually, his motive for this endeavor was the dropping and breaking of the mechanical watch that was given to him by his father. Looking back, it’s safe to say that he didn’t want to frustrate himself again and he went for the safe bet of dropping all prototypes from the windows on the first, then second and third stories of the building he was working in. Had the watch not survived, it was deemed to be not tough enough and he returned to the drawing board. Apparently, while creating a casing that would survive such drops was solved, the inner parts were still often damaged – a problem that required a unique solution. The way of getting around this issue was creating a centrally mounted module that would be connected with the casing in a minimized, “floating” way, so that the impact’s forces transferred to the movement, were reduced as much as possible.

Now, 30 years after the release of the DW-5000C in April of 1983, the G-Shock lives on and continues to be as much of a fashion element as indispensable professional equipment alike. gshock.com

Read our other articles on other Casio G-Shock watches here »