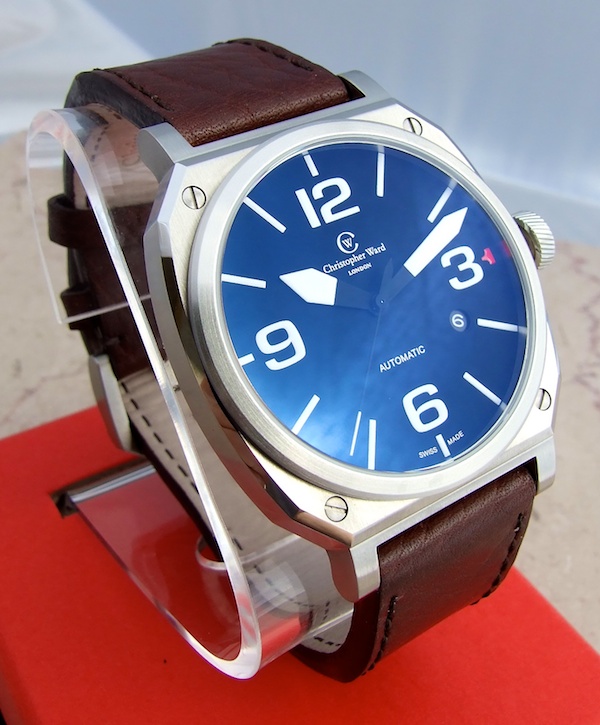 I’ve been a fan of Christopher Ward for a long time. They were one of the first high-value brands I discovered, and a wonderful introduction to fine watches. It has been a pleasure to watch their style develop and evolve, which is to say that I had a lot of anticipation going when I opened the box for their newest model, the C11 automatic.

According to their catalog, the design team went through 30 to 40 iterations, trying to create a watch with the look and clarity of an aircraft altimeter in a wearable form. The result, a squared-off complex shape with decorative screws and some subtle details, is a real eye-catcher.

Let’s start with a real altimeter. Here’s one from a plane I used to fly: 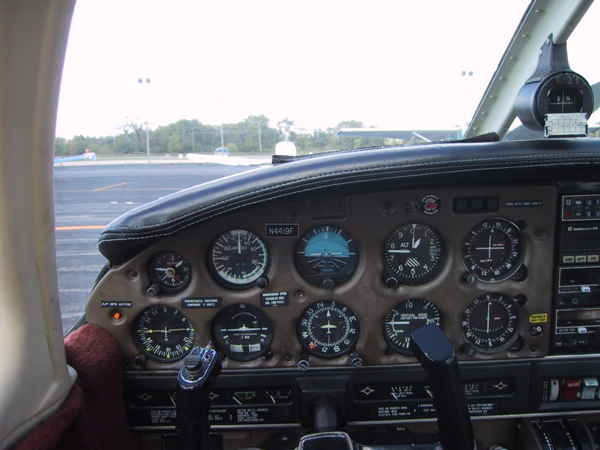 You can see the aspects they were shooting for: the shape of the hands, the high contrast, and more subtly, the ‘bug’ marker at 3 o’clock and the shape of the crown. Look closely, and you’ll see they used diagonal-cut knurling on the 7.4mm crown, which combine for suburb ease of adjustment.

Also immediately noticeable is the anti-reflective coating used. In a first for Christopher Ward, the C11 has it applied to the outside of the flat sapphire crystal, which is more effective at stopping glare. The off-axis blue tint implies a single-layer magnesium fluoride treatment, which should be fairly durable to abrasion and wear. Inner A/R is immune to wear, but much less effective so I applaud their choice here. On-axis the crystal just vanishes: 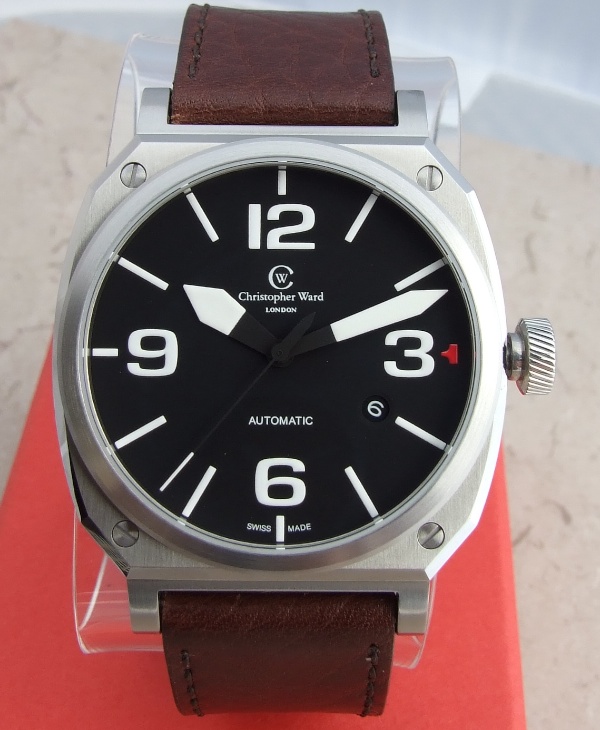 Interestingly, the dial itself, quite large at 35.2mm, lacks minute markers. It makes for a dressier, less fussy look. You can read this one from across the room!

As I checked out the case I slowly realized that, with this watch, Christopher Ward has taken a decisive step up in build quality. Let’s start in an unlikely place, namely the buckle: 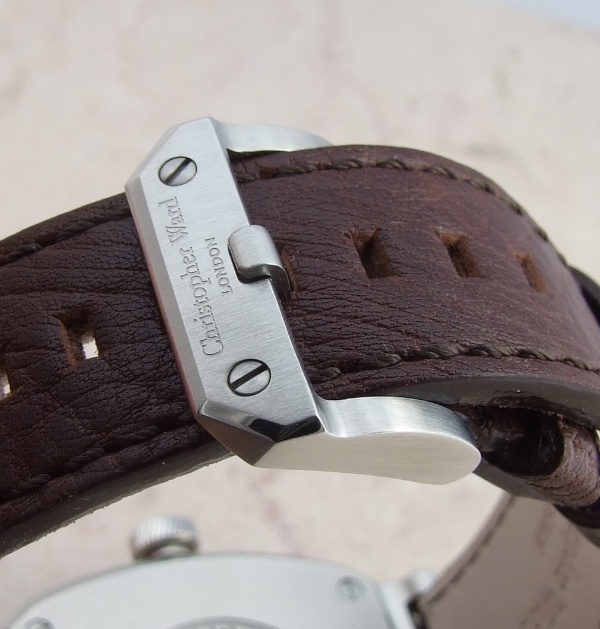 Watch buckles usually don’t get much attention; it’s usually not visible and often a place to skimp on build quality. This one is the opposite: Mixed brushed and polished surfaces, machined from solid stainless steel, with two decorative screws that match the case plus deep-etched engraving. It’s beautiful, and really extravagantly so.

Now let’s look closely at the case finishing. When evaluating build quality, keep in mind that simple shapes are the least expensive, as are brushed finishes. 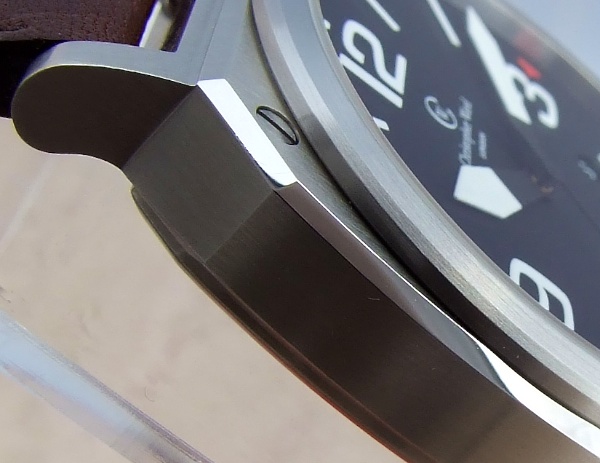 Here we have a curved surface intersecting a straight section, with adjacent brushed and polished finishes. That’s expensive, difficult to make and nearly as well executed as my (much pricier) IWC Aquatimer. It’s a big step up from the cases on the previous Christopher Wards I’ve reviewed, leading me to wonder if they’ve changed case suppliers. Regardless, bravo!

The emphasis on design continues on the case back. Instead of model number, depth rating and the like you have this: 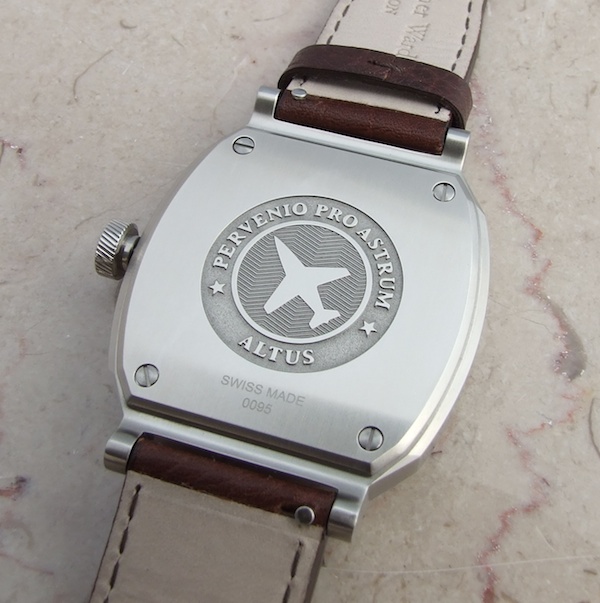 The Latin means “Reach for the Stars.” Not a bad motto, even if there is a double entendre there for armed robbery!

Since they omit the usual case back specs, I’ll tell you them here:

They don’t mention it, but the strap is tool-free quick release, 22mm lugs. Super convenient.

The lume is very good: 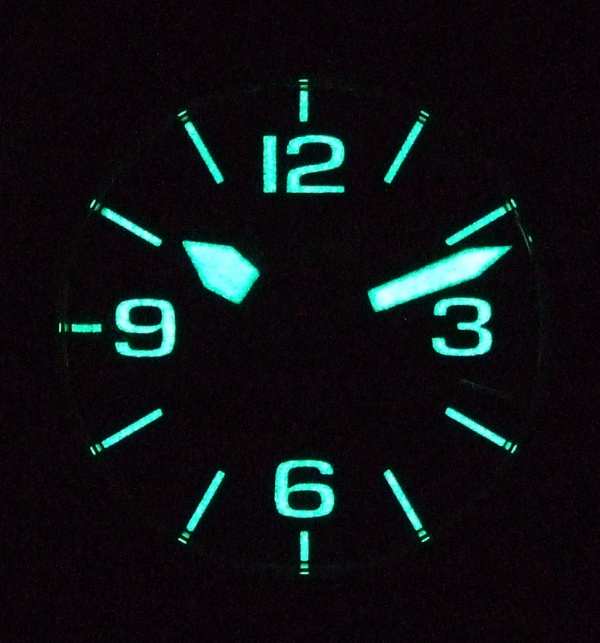 The second hand is hard to see, both day and night, so about the only design kvetch I have is the paint color there. I like a conspicuous second hand, but maybe that’s just me. 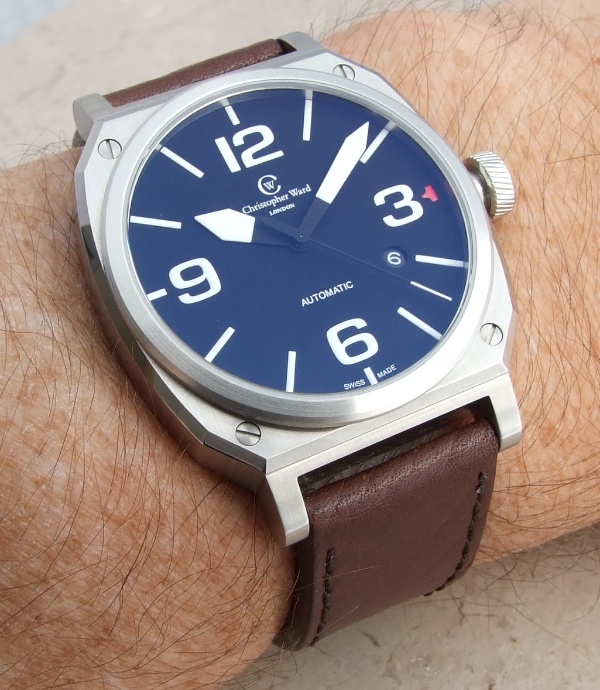 On the wrist, it’s gorgeous. I got a lot of attention, and at least one of my friends has already bought his own after seeing it. Notice how the date window is there when you need it but inconspicuous. 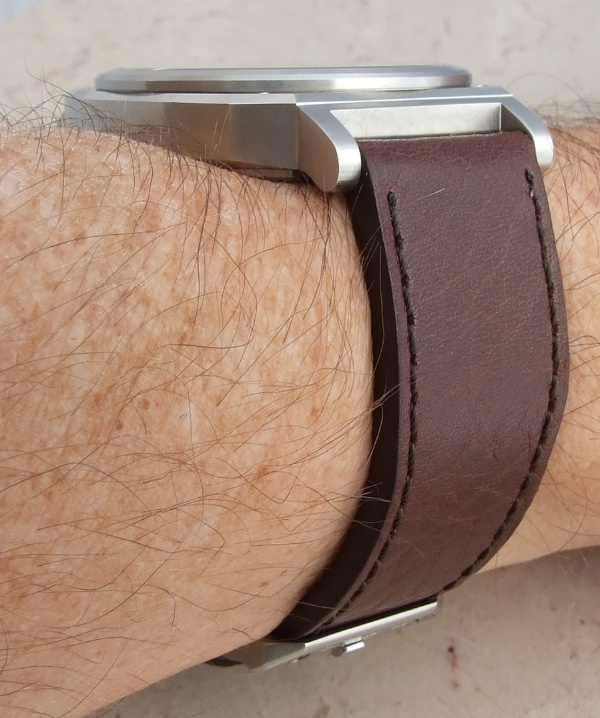 Not flashy at all, note the color-matched stitches and lack of decorative rivets. The size keeps it from being a low-key watch, so it’s kind of hard to describe. Large in appearance, light in weight, and non-bling is my best effort. Goes under shirt cuffs very easily. I have average wrists, 7.25″.

I really, really like what they’ve done with this one. It’s got an aircraft look, reminiscent of Bell & Ross or Sinn, but the case shape is uniquely their own and a win for wearability. And of course the value proposition is miles ahead. The addition of outer anti-reflective coatings and museum-grade sapphire makes for an amazingly legible watch, and the case finishing is astoundingly good. This is an amazing value.

It’s a bit bold for three-piece-suit formal, but I think for anything up to that the C11 would go from work to weekend with aplomb and panache.

Thanks to Christopher Ward for the review unit. Opinions are 100% independent.