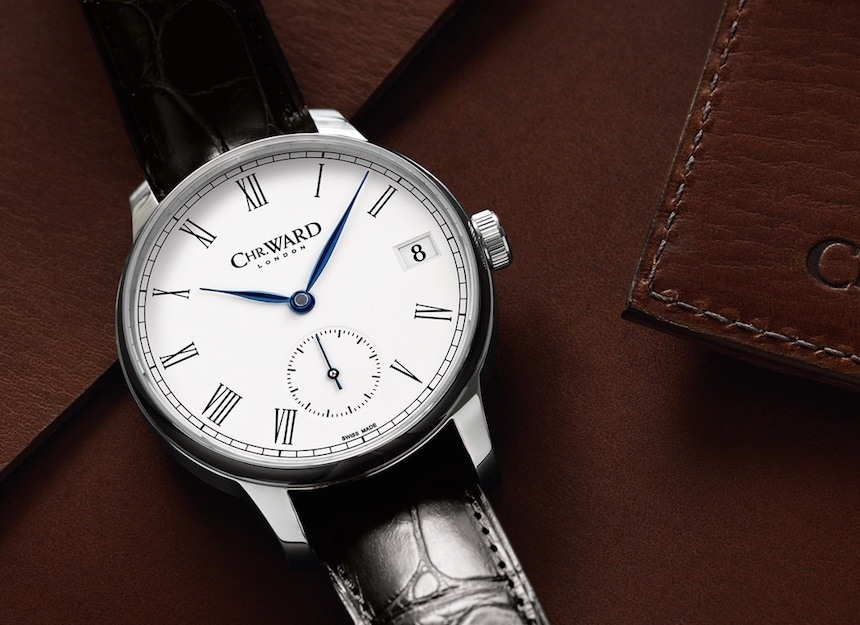 Christopher Ward is nothing if not ambitious when it comes to their flagship pieces. From the C9 Jumping Hour to the C900 Single Pusher Chronograph, and now, the new Christopher Ward C9 5 Day Small-Second Chronometer, CW has seen their partnership with Johannes Jahnke give birth to a number of innovative and appealing pieces. With this new C9 model, Christopher Ward is mixing traditional British marine chronometer aesthetics with an appropriately romantic hand-wound caliber – all for a price that may surprise you. 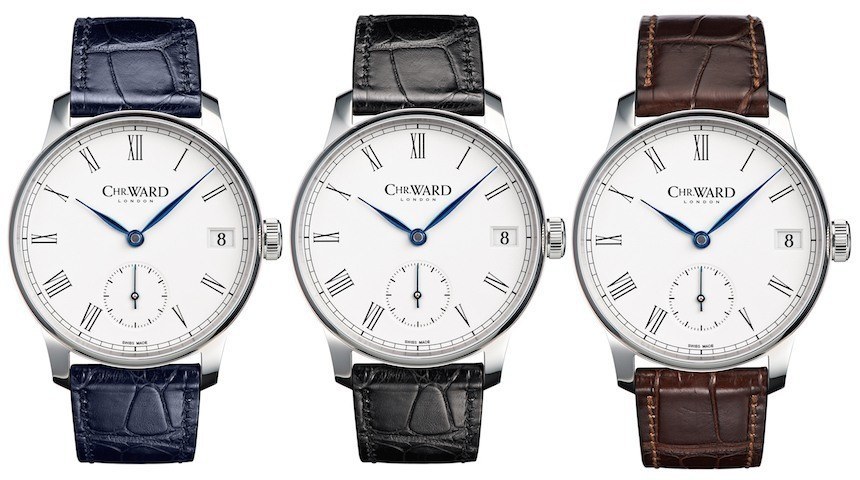 One year after the release of the automatic calibre SH21 in the C9 5 Day Automatic, Christopher Ward has expanded the C9 5 Day line up with a new and somewhat more classic Christopher Ward C9 5 Day Small-Second Chronometer. This new hand-wound model has a 40mm hand-finished steel case that is 12.2 mm thick, with anti-reflective sapphire crystals front and back. The metal dial is white with black roman numeral markers and a railway minute scale. Completed with blued steel hands, small seconds at six, and a date display at three, the Christopher Ward C9 5 Day Small-Second Chronometer is legible, well proportioned, and nicely reserved. 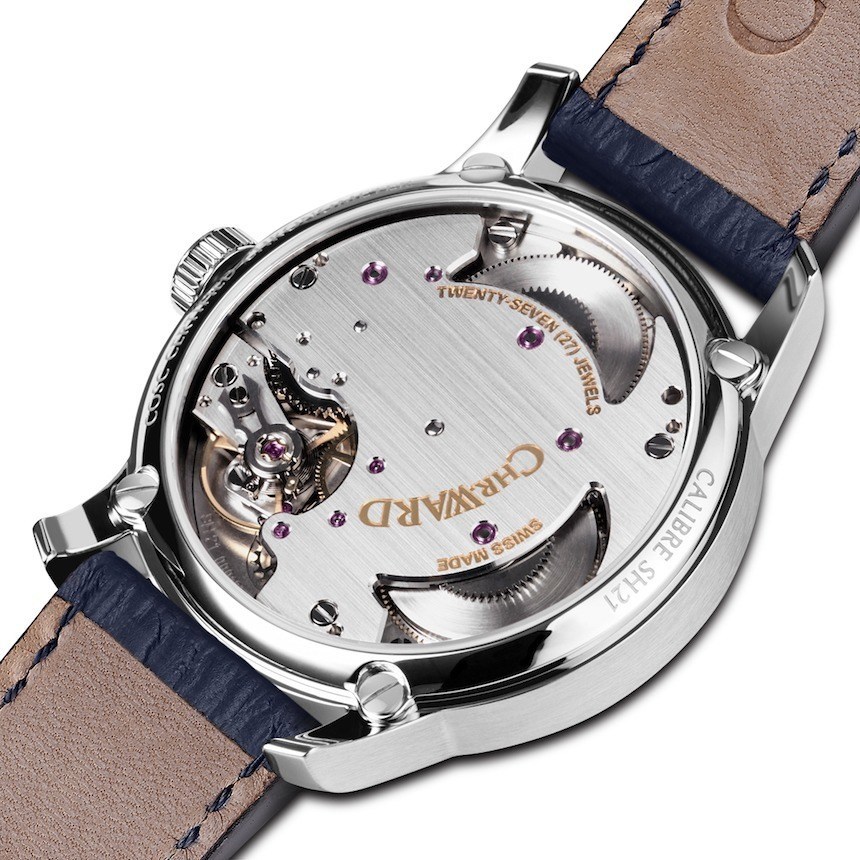 The overall aesthetics are nothing new, but the movement within is definitely noteworthy. A hand-wound iteration of Jahnke’s SH21 calibre that offers 120 hours of power reserve via two series-connected barrels, the SH21 movement is 100% Swiss made and has 27 jewels, a 4Hz rate, and can be viewed via a sapphire display case back. The Christopher Ward C9 5 Day Small-Second Chronometer is assembled and finished in Biel, Switzerland and, being a chronometer, is also certified by the COSC. Given the 5 day power reserve, it’s hard not to question the decision to forgo a power reserve indicator of some sort. 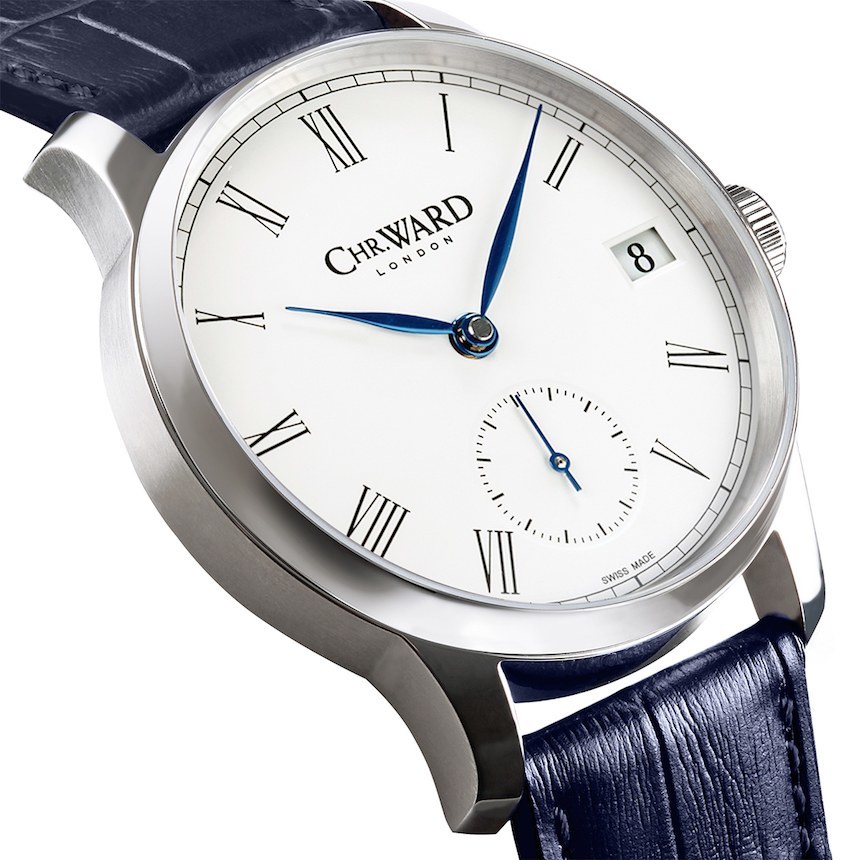 With 120 hours of power reserve and an in-house movement, Christopher Ward is looking to disrupt the usual value proposition offered by most luxury Swiss watch brands. With a list price under $2000 USD, the Christopher Ward C9 5 Day Small-Second Chronometer is undoubtedly a lot of watch for the money and a huge value to watch buyers that place cost and features ahead of more nebulous concepts like branding, prestige, and Veblen economics. The value equation of a watch purchase, especially as watches edge towards functional obsolescence, is a very personalized metric. Some buy for story, some for technology, some for exclusivity, status, or brand. 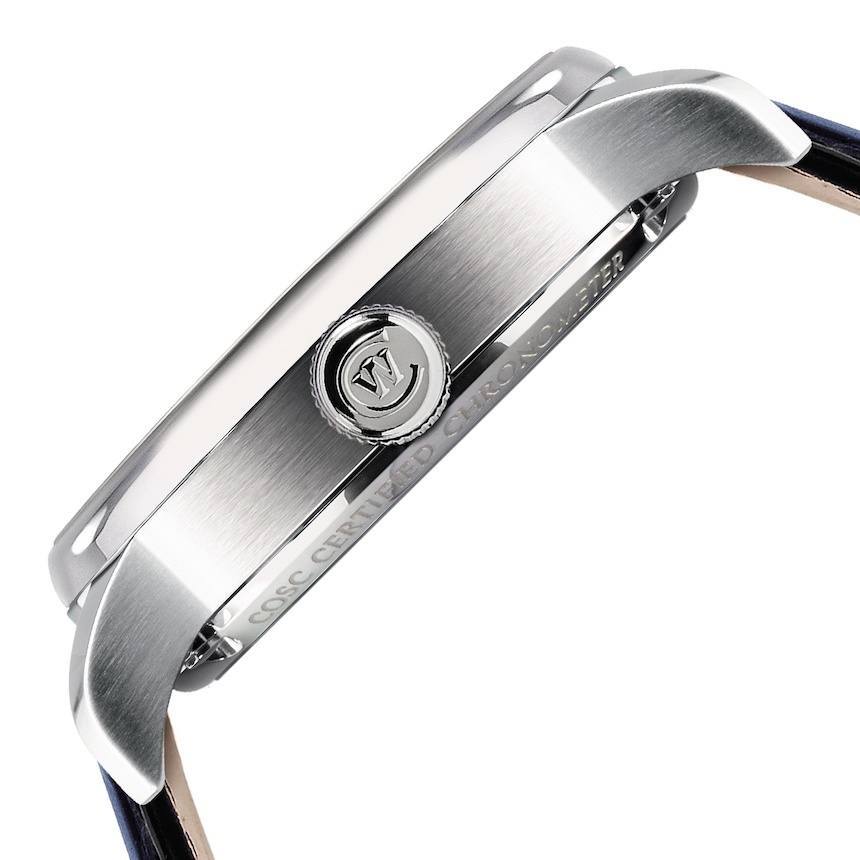 While I’m not sure Christopher Ward will take many customers from the big market players, the value proposition to a watch nerd is undeniable. If you zoom out, to see market tiers rather than just competing brands, what Christoper Ward is doing with some of the qualities typically reserved for luxury watches (in-house, long power reserve, hand finishing, etc.) is not that different from the way brands like Montblanc challenge the brands inhabiting the upper tiers of the watch market – like Jaeger-LeCoultre and A.Lange & Sohne. To illustrate, have you ever driven a Hyundai Equus? Sure, Hyundai can’t match the brand cachet or the finer elements of an S-Class, but it’s 30% less money, a lovely way to get where you’re going, and the Equus’ value isn’t diminished by the existence of the S-Class. You may scoff at the idea of the Equus, but I’d argue it was never meant to appeal to someone who saw value in the list price of an S-Class – those buyers are already locked in, and they aren’t necessarily gear heads. 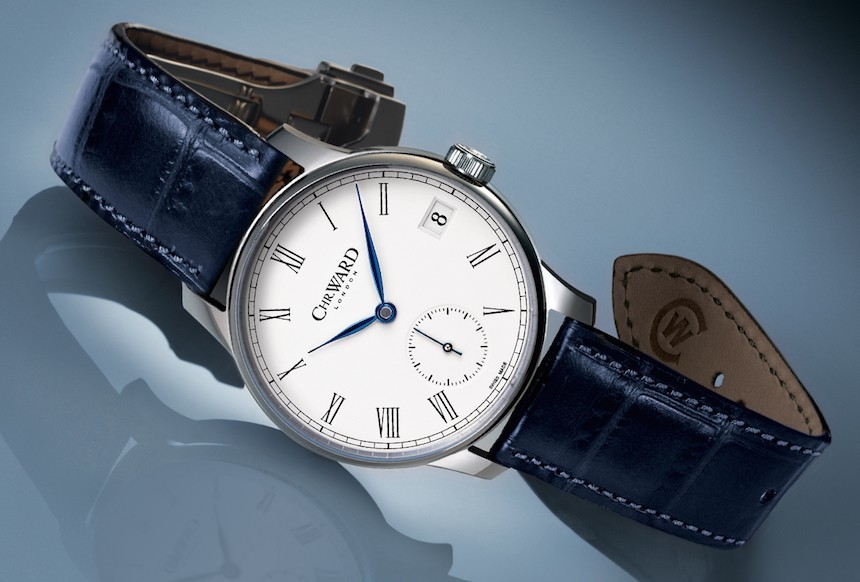 The way I see it, Christoper Ward is appealing to those who like the idea of a $10,000 watch but probably can’t see their way to actually spending 10k on a watch (a reality that likely speaks to many of us). Available directly through their website for $1,785 USD, the Christopher Ward C9 5 Day Small-Second Chronometer can be had on a blue, black, or brown leather strap and is backed by Christopher Ward’s five year warranty. With a classic appeal, watch-nerd approved movement, and a seriously impressive value proposition, the Christopher Ward C9 5 Day Small-Second Chronometer is yet another market-defying piece from Christopher Ward. christopherward.com