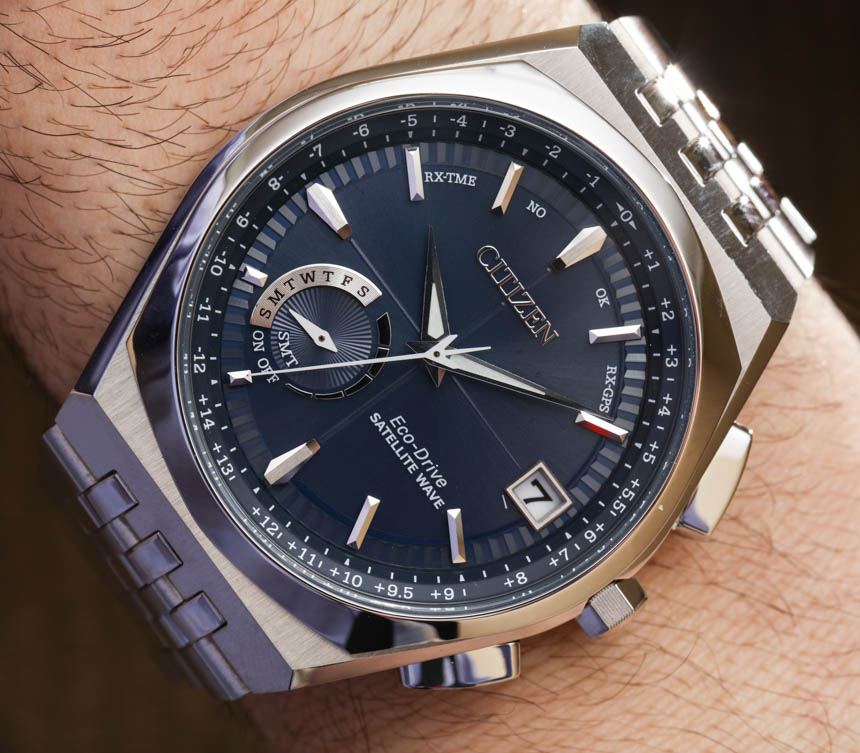 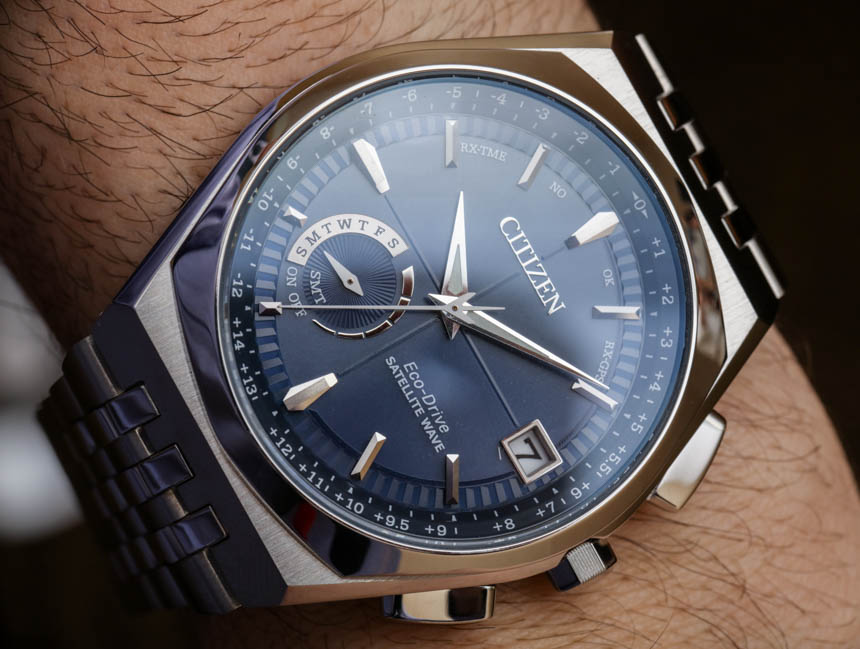 New for Baselworld 2016 is a watch I’m very excited about, the Citizen Satellite Wave World Time GPS reference CC3020-57L watch with the calibre F150 movement. Granted, I have an almost irrational inclination towards solar powered watches that manage to sync their time to an external source automatically. In fact, a watch of this type is the first “real” watch that I bought, not long before I got into the world of watch reviewing. Really, these watches can epitomize the argument in favor of quartz movements. 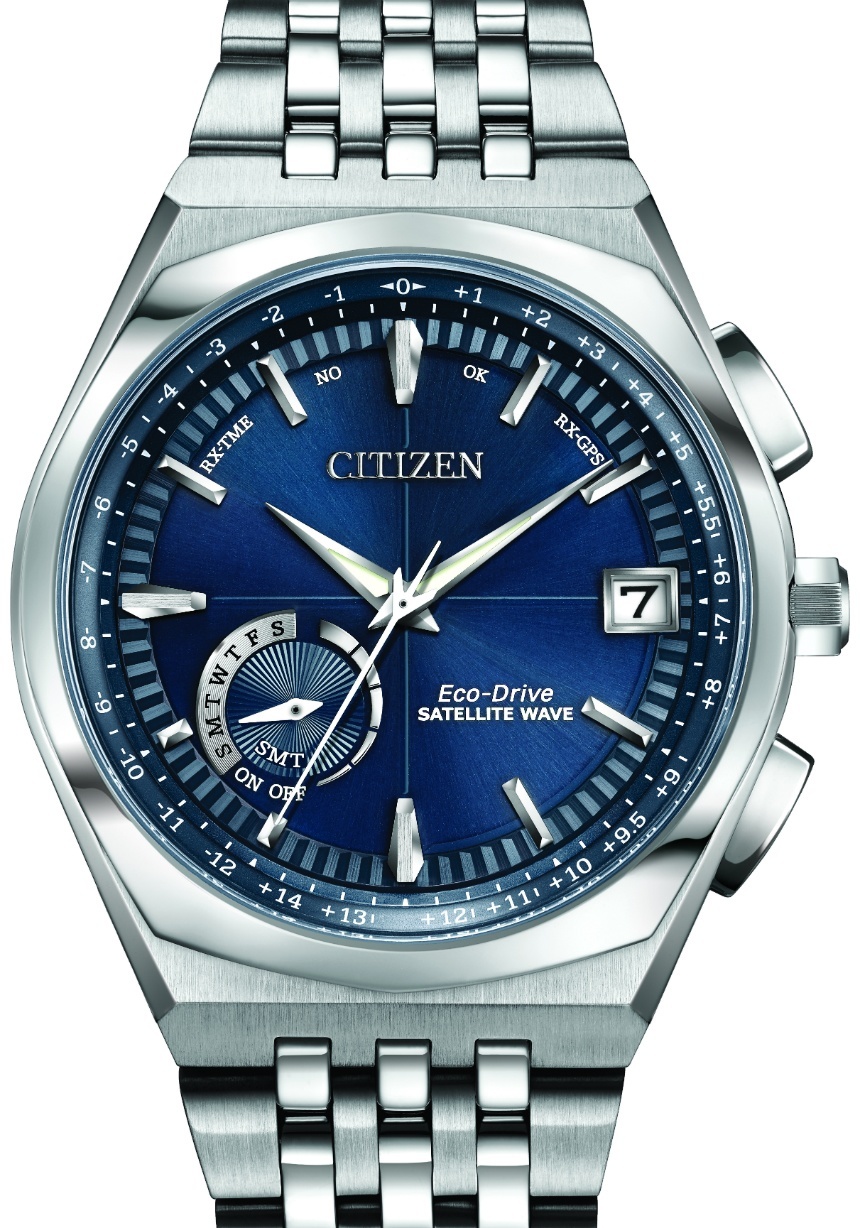 This latest offering from Citizen looks like it will satiate watch lovers with a similar affinity for these solar powered GPS watches. What you are seeing is perhaps the first real dress-style casual watch with a size that makes sense for most wearers and that offer not just a light-powered Eco-Drive movement but also the functionality to receive always accurate time signals from GPS satellites. 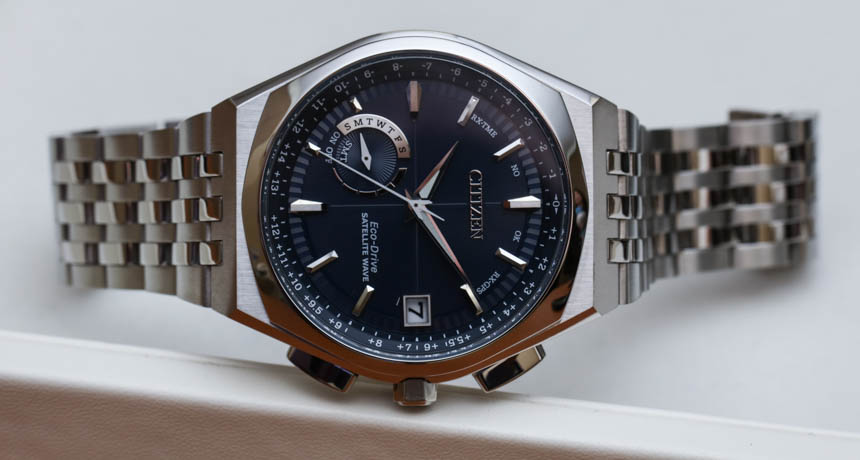 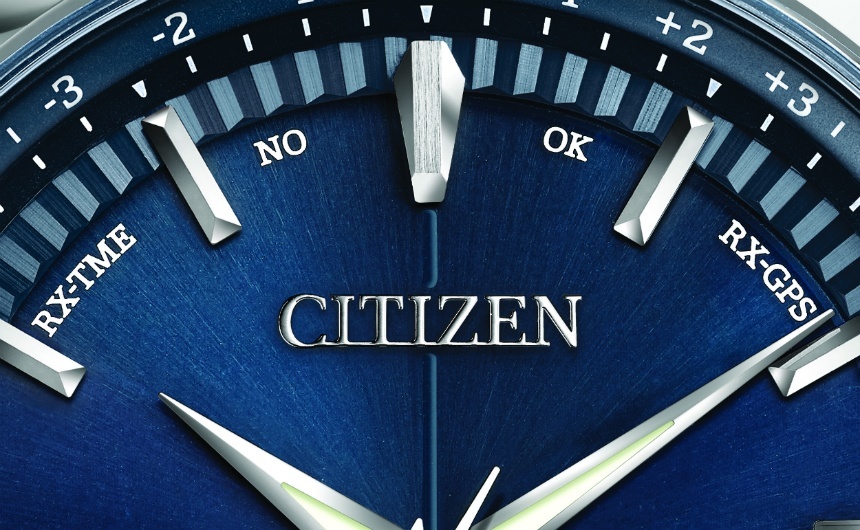 As the specs for the Citizen Satellite Wave World Time GPS watch point out, the watch can get a signal from the satellites in 40 different time zones in as little as 3 seconds. What this means is that, for a world-traveler, you should be able to step outside in the city you just arrived in, force a sync on the watch, and have it not only display the accurate time (to the second), but have it automatically adjust to the timezone of where you are. It’s hard to downplay the usefulness of this for world-travelers. 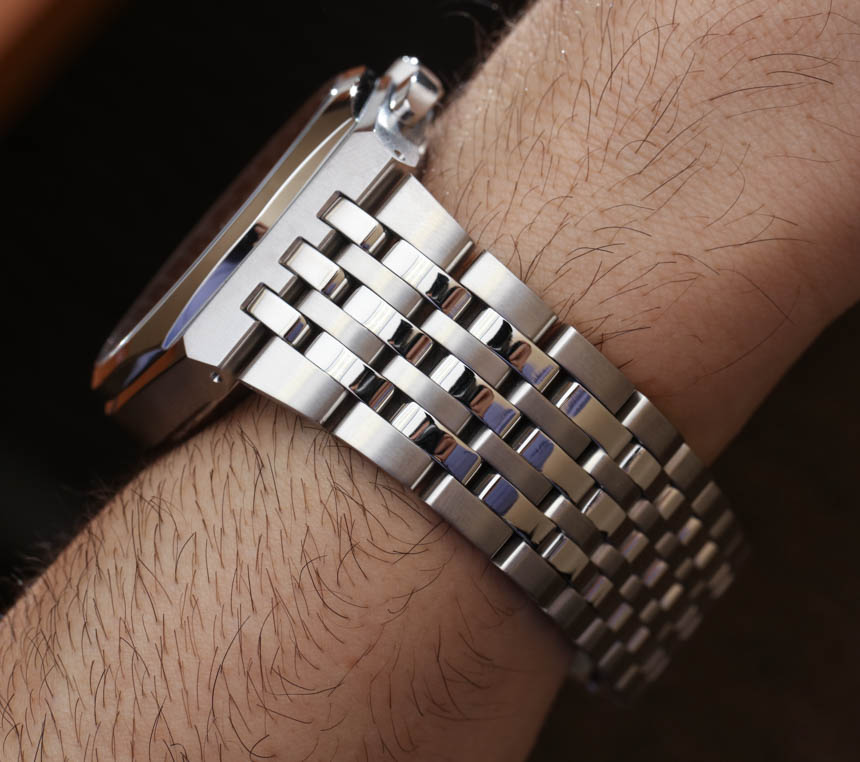 Stepping outside has another great benefit for the Citizen Satellite Wave World Time GPS watch. Being as it is part of the Eco-Drive family, like the recent Citizen Eco-Drive Satellite Wave F900 GPS watch, that means it is recharged by light, as you probably know by now. Frankly, when you’re relying on a watch communicating with satellites, having this sort of recharging built in is all but required unless you feel like plugging in. And for watches, I don’t. This also means that this is certainly a quartz you could have stuck in a drawer for a good long time, pull it out for a bit, and have it up and running very quickly. In many ways, it is as close of a thing to a mechanical watch in that regard as you can find. 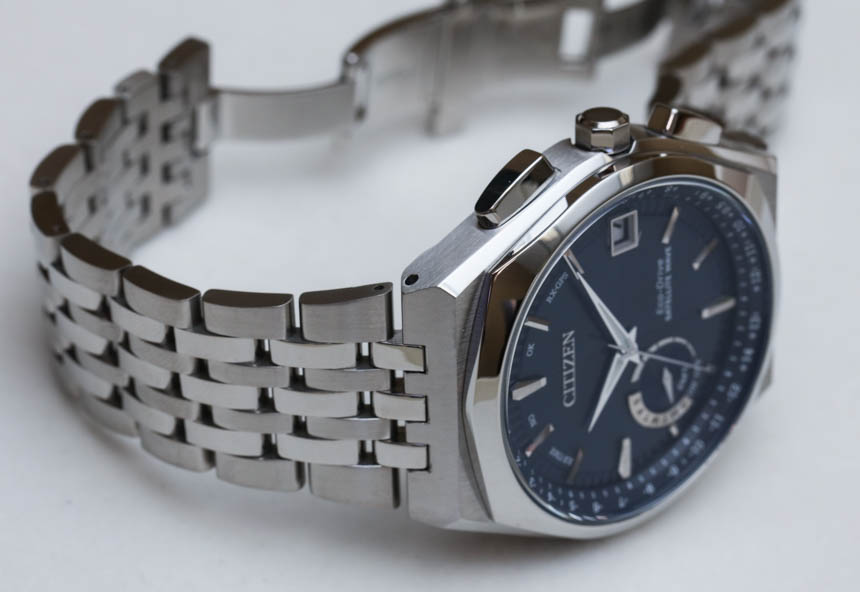 I have to say that the design of the Citizen Satellite Wave World Time GPS watch is something I have not found to be all that prevalent in the world of these solar and syncing watches. By that, I mean they tend to really embrace the technological guts inside, and go heavy into the sporty/outdoorsy look. Not that there is anything wrong with that – in fact, mine is of that nature. They can get overly complex to use in ways other than reading the time, and can look out of place in some business environments.

Citizen has oddly left out the size (UPDATE: the watch is a reported 44mm wide) of the CC3020-57L, but Ariel was able to get some hands-on time with a pre-production prototype and you can see that it is very wearable and not too thick. It has an handsome almost retro-look that Japanese watch aficionados will find similar to watches ranging from the 1970s to the 1990s. 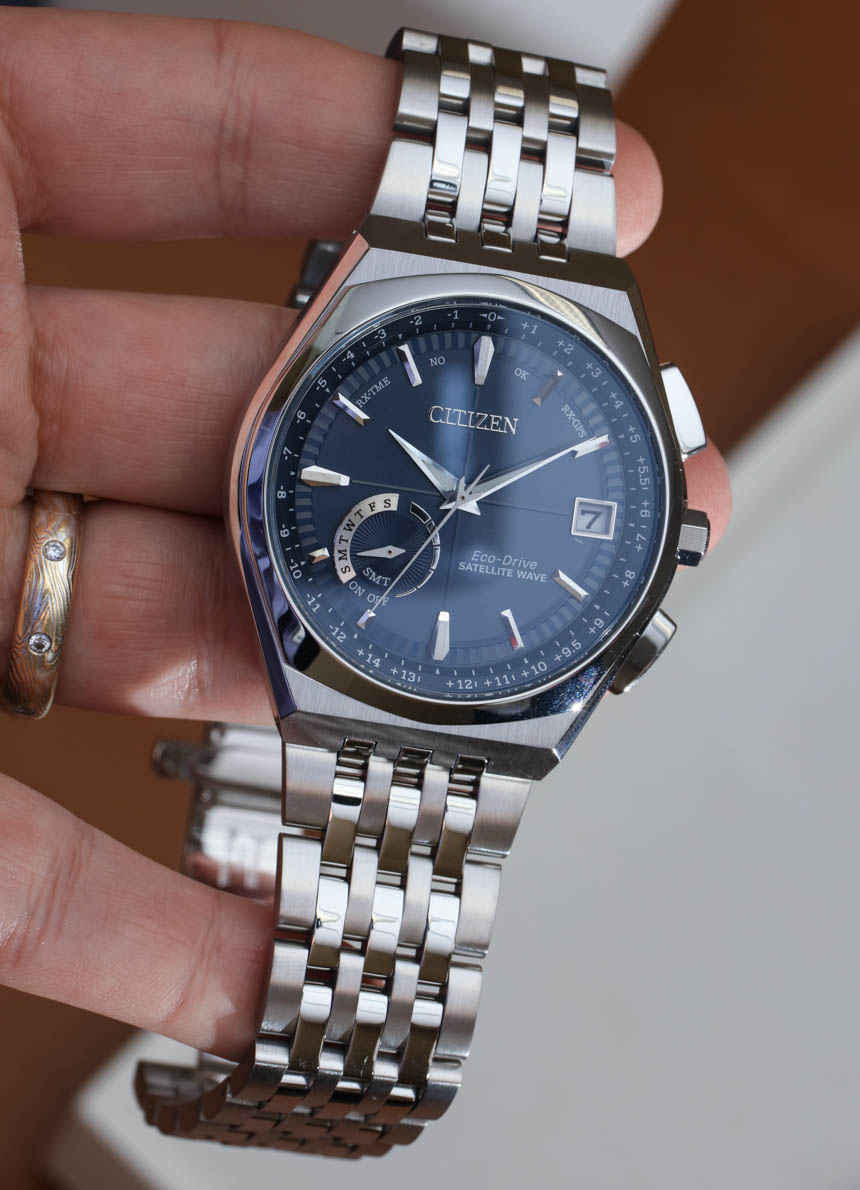