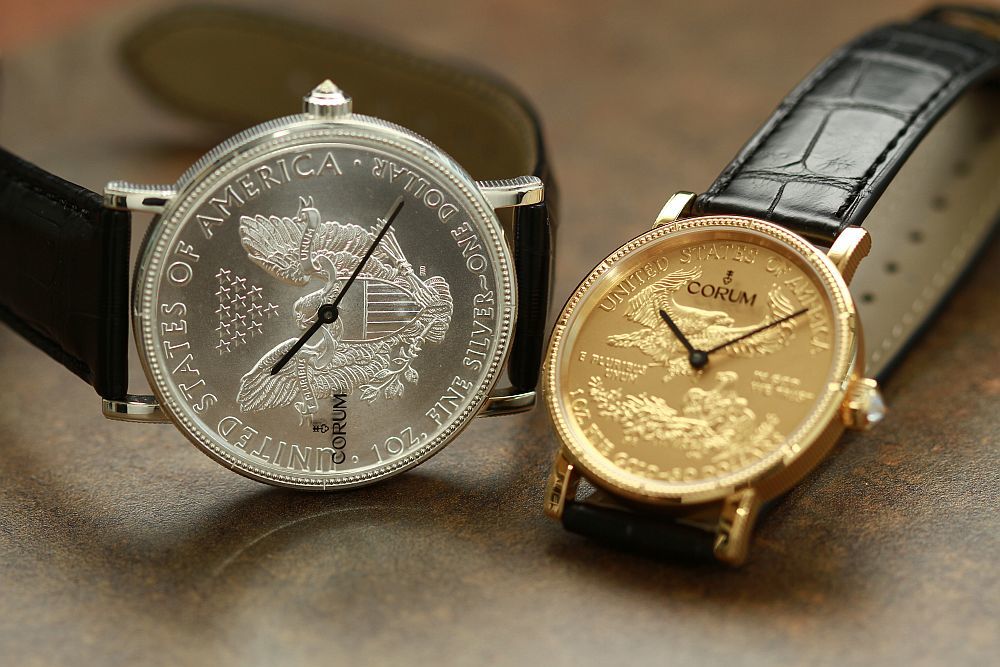 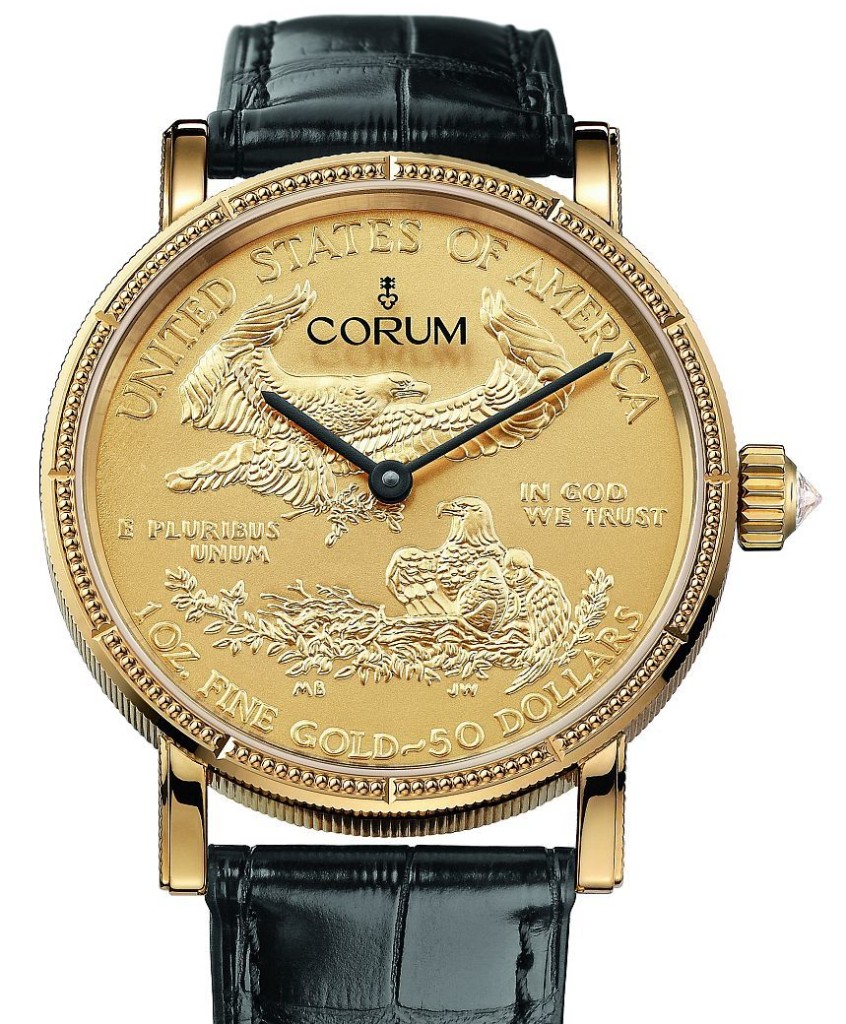 Ah, to be a collector. These days, there are any number of things you can get yourself into thanks to the wide reach of the Internet. Want to start collecting golden-age comics? Start your search online. How about something more esoteric like, say, vintage safety razors. Again, head online. Of course, the more established things, like stamps and coins, have places on the web you can go to. If you want to start blending these collections, however, then it gets a bit more tricky. For 50 years now, coin collectors have had a very prominent watch that they could aspire to collect from Corum. Since we’re now at that golden anniversary, it should be no surprise that we now have the Corum Coin Watch 50th Anniversary model. 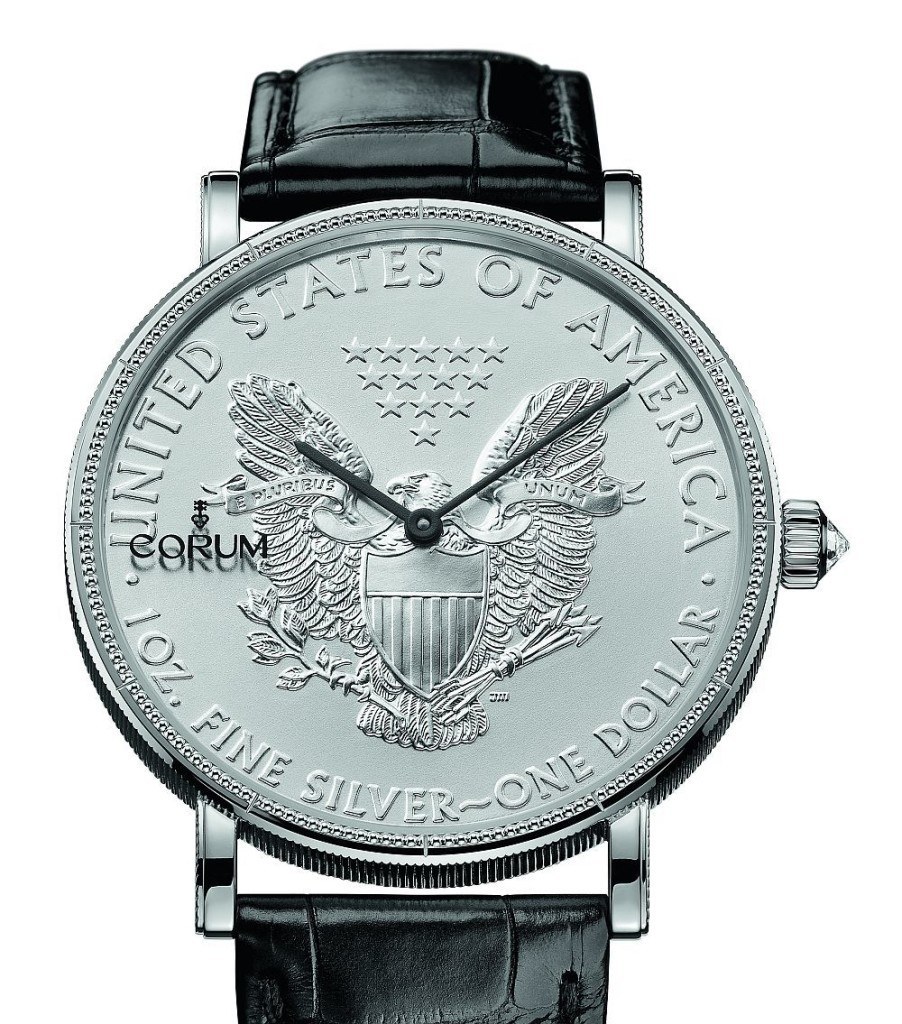 Now, we will have to give the brand a little bit of latitude when it comes to celebrating this anniversary – the very first Corum Coin Watch was introduced in 1964, and of course, we are now in 2015 (51 years later). How to get around that little detail? Well, by using coins minted in 2014. These were apparently sorted through and selected as being prime examples of what these coins are (so, no, no “misprint” dials to be had here), and have never been in circulation. And, other than a hole drilled in them to get the central arbor through, there are no visible modifications to the coin. 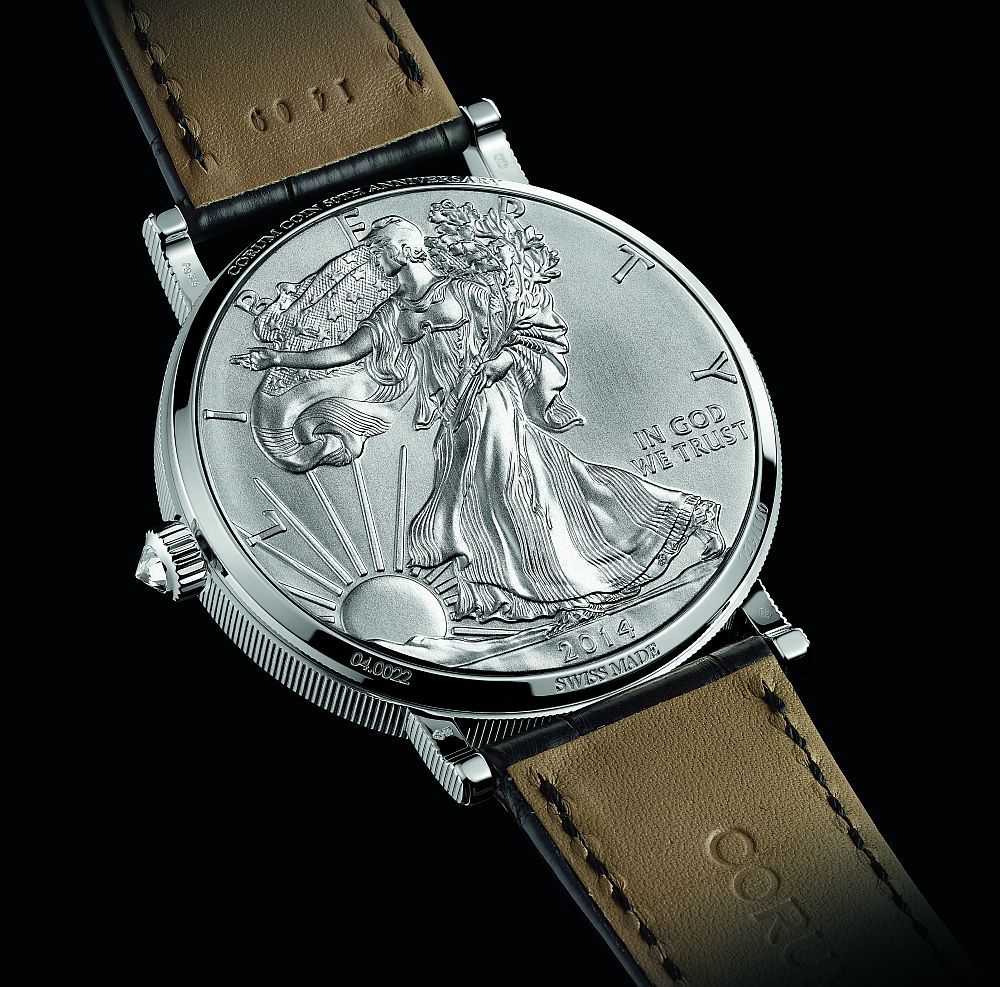 Provided the sapphire crystal up top stays in one piece, it is likely a coin that will never see any other modifications or wear. As is appropriate for the Corum Coin Watch, the sides of the case (36mm for the gold, 43mm for the silver) feature a coin edge – perhaps the best use of this particular finishing trick. To my eyes, the bezel surrounding the crystal also has the look of a coin, which gives the appearance, then, of simply having a coin with some lugs attached that is sitting on your wrist. 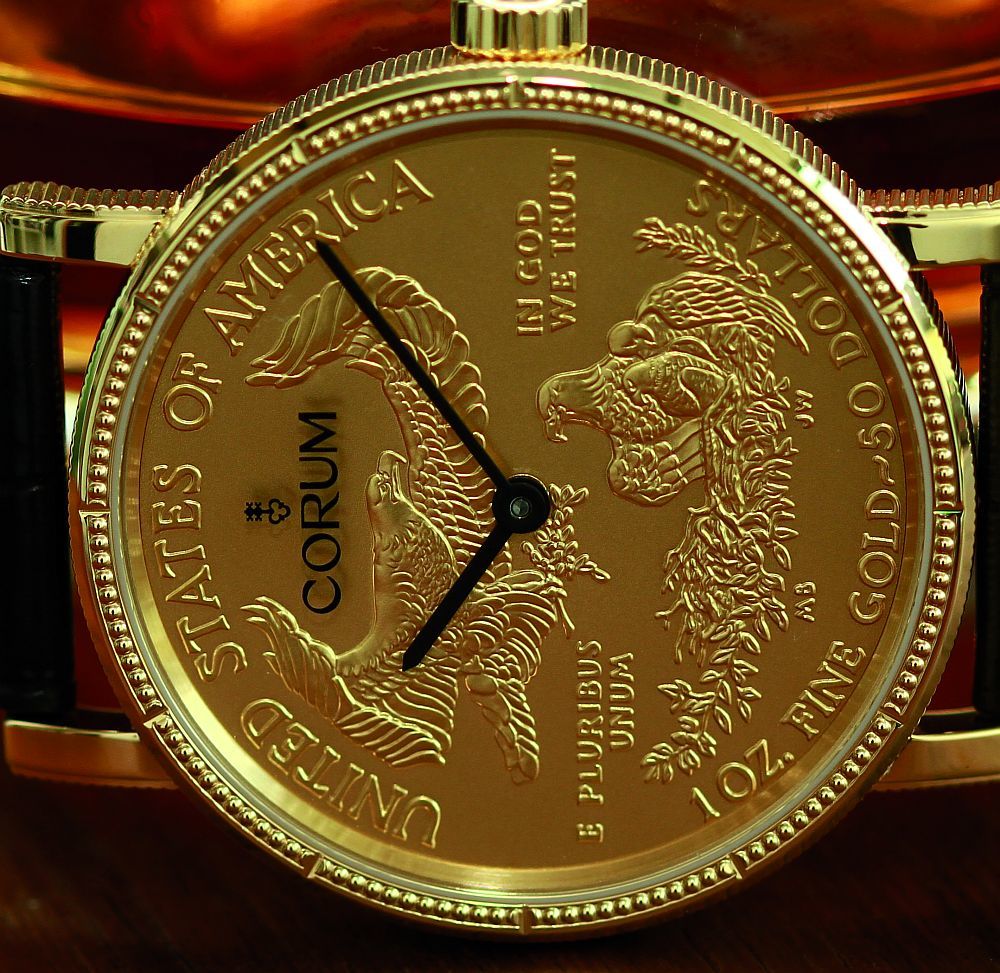 I myself have never been a coin collector (though, I think I have some birth-year coins kicking around), so I am definitely not the target for the 50th Anniversary edition of the Corum Coin Watch. That said, when it comes to a watch with an overall theme, this is about the simplest, cohesive example I could hold up. If you want to pick one up for yourself (or your great-great grandson, according to the marketing materials), you can either buy one individually, or get yourself a set – as a good coin collector does, I suppose. There will be 100 of each made available, with the 22kt gold version going for $22,400, and the .925 silver commanding a price of $12,100. If you find yourself collecting both watches and coins, well then, I cannot think of a better watch to showcase both passions at the same time. corum.ch