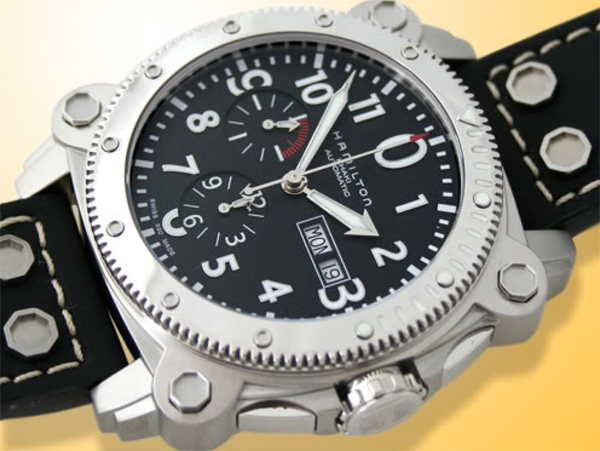 One of the reasons that I like watches so much, is that I appreciate machines, or devices otherwise, that are well engineered to perform some task (well), no matter how simple. This is why we have love for sports cars, high-end audio and visual equipment, and countless other “devices;” because we appreciate the fact that they do what they were designed to do so well. For many of us, it is a life long appreciation of fine engineering.

In regard to watches, I appreciate function over form almost all of the time. That is not to say I will fawn over an ugly watches, but I will always find beauty in mechanical perfection. Conversely, when a watch focuses on looks to an extent it impedes or negatively effects function, I find the value lacking. So what is the result when a watch focuses on looks over function, to an extent that is almost silly? Honestly? I get angry.

I really liked the looks of the new Hamilton Below Zero watch series. I wrote about the three hand Below Zero model when it came out, and the Below Zero Chronograph. I realized that watch had potential based on the looks, but that is not all there is too it. A watch is meant to do something, not just simply look good. So living with the Hamilton Below Zero should mean that you can fully utilize its functions. At least that is what I thought.

Recently I had an opportunity to play with both the three hand and chronograph Below Zero models. The watch is nice and large, and looks rugged and stylish on the wrist, especially the three hand model. Hamilton is owned by the Swatch Group, and is really their “entry-level” nice watch. That is why the Hamilton line always has a broad range of designs in addition to its military inspired Khaki series.

Entry level is still not cheap for most people. Keep in mind that the retail price of the rose gold plated version is $2250 plus, so a problem of this magnitude in a watch at this price is inexcusable. Honestly Hamilton, what went wrong here?

You might have figured out the problem looking at the face of the chronograph. Although the watch contains the popular Valjoux 7750 automatic chronograph movement, Hamilton removes one of the chronograph counters (sub dials). It does this to allow space for the logo in the top center of the watch. The diagram of the typical functions of the Valjoux 7750 movement indicate that this is where the minutes counter of the chronograph lies. Meaning, this is where you can tell the elapsed minutes. The large seconds hand on the main dial indicates elapsed seconds, which the lower subdial is used to measure the hours (up to 12). Lastly, the left subsidiary dial is used for the seconds of the watch itself. In the right is a day and date display. While watch makers are free to change this around a bit, this is the full functionality of your standard Valjoux 7750.

So what does Hamilton do? They remove the minutes counter? That’s right, the “working” chronograph cannot count minutes. It counts seconds and hours. This is like having a car, with a speedometer that only measures 1mph, 50mph, and 100mph. That really isn’t going to be very useful for most people. Sitting there using the chronograph of the watch, I was in absolute disbelief. The store clerk didn’t have much to comment except, “you know, most people don’t even use the chronograph.” That might be true, but if you are going to get a chronograph watch, it should at least work if and when you want to use it. I can’t stress enough how much this angers me. Would this still anger me in a $100 watch? Yea, it would, but not nearly to the extent it does in a watch that costs over $2,000. Am I justified in being this irate over it? I would honestly think negatively upon the powers of perception of any person who got this watch. To own such a machine with complete disregard for its function. Let me say it again, the chronograph complication on the Hamilton Below Zero Ref. H78646733 is virtually useless, a mockery to watch lovers, and an insult to a potential owner. 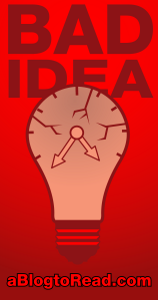 I invite you to disagree with me, or think me anal in my analysis. This is one man’s opinion about the machines he loves. Perhaps I should laugh it off, and veer from watches like this. But consider yourself the type who simply trusts that your new $2,500 watch will be on par with other $2,500 watches. Perhaps you received it as a gift from someone who didn’t really take the time to think about it. This is plausible. You happily adorn your new watch only to realize the designers screwed you over. You don’t spend this kind of money on watches for these disappointing surprises. What is the message you are trying to send here Hamilton? Buyer beware? No one purchasing from the Swatch Group should have to struggle with caveat emptor. If you buy a nice watch, you should never have to worry about it being designed by a complete moron.

It is not as though Hamilton had no choice either. There are plenty of other configurations that would have worked fine, and if they wanted to remove a counter to leave space for the logo, they could have simply moved the minute counter to the bottom, and make the watch a 30 minute chronograph versus a 12 hour one. But no, we are stuck with this. my faith in the management is severely rocked right now.

I make no judgments about other Hamilton watches, most of them are quite splendid and nice to own. Though now I will sit there and test each watch before buying it to make sure the watch maker inserted all the necessary hands.