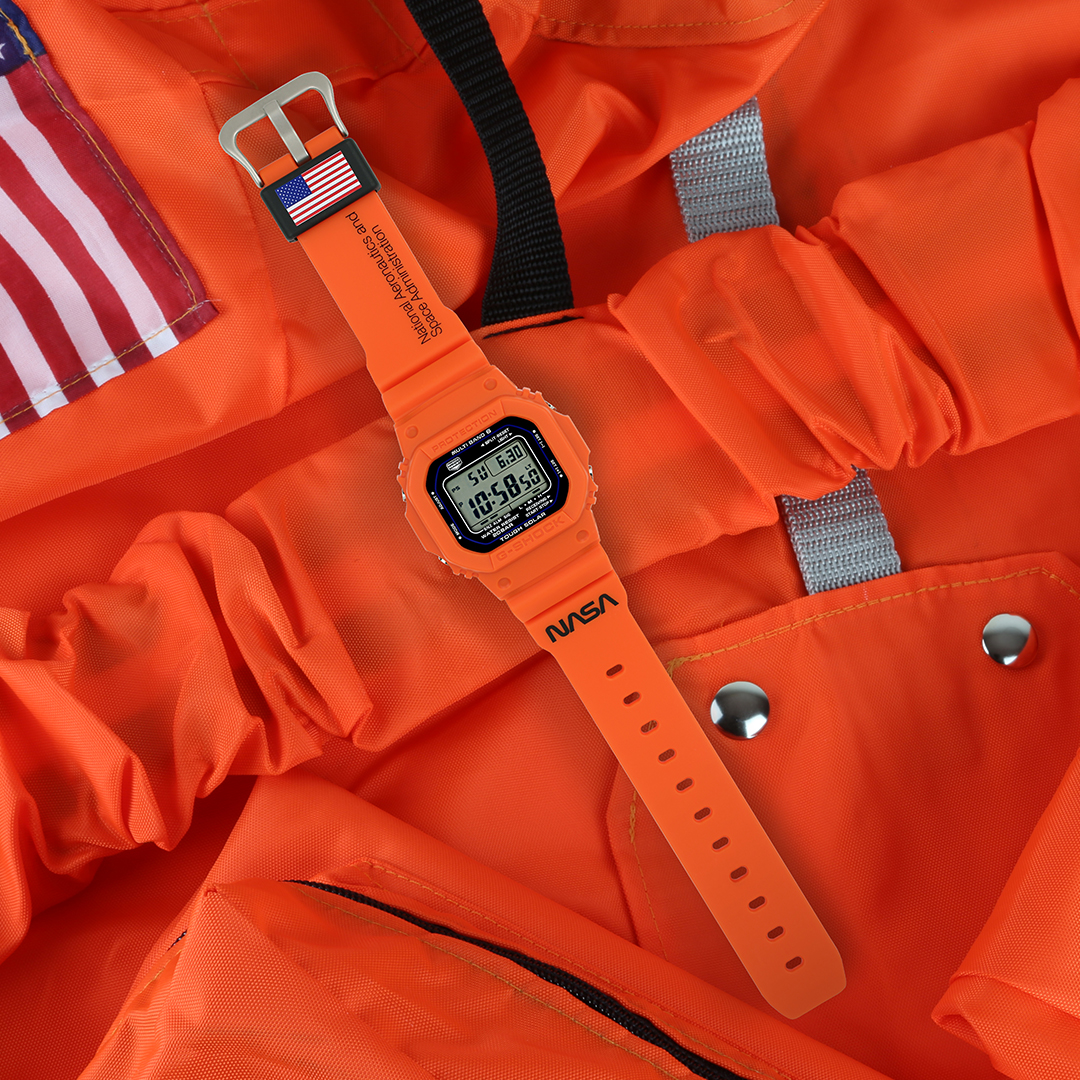 It would be an exercise in understatement to say that this year has already been a big one for watches with an extra-terrestrial pedigree. And while the famously controversial MoonSwatch may have been the biggest space-oriented timepiece of the year (so far) it is still the new kid on the block when it comes to tough quartz timepieces paying tribute to space exploration. Now in its third year, G-Shock has managed to capture the magic of space with subsequent versions of the DW5600 paying tribute to travel in the heavenly sphere. And like the MoonSwatch, these G-Shock limited editions have become a hot commodity, leading the manufacturer to take a more strategic approach to delivering these sought-after watches. So, we at A Blog To Watch were excited to learn that local Casio authorized dealer Augustine LA has been chosen as a “launch” pad for the next installment in G-Shock’s space watch collection. 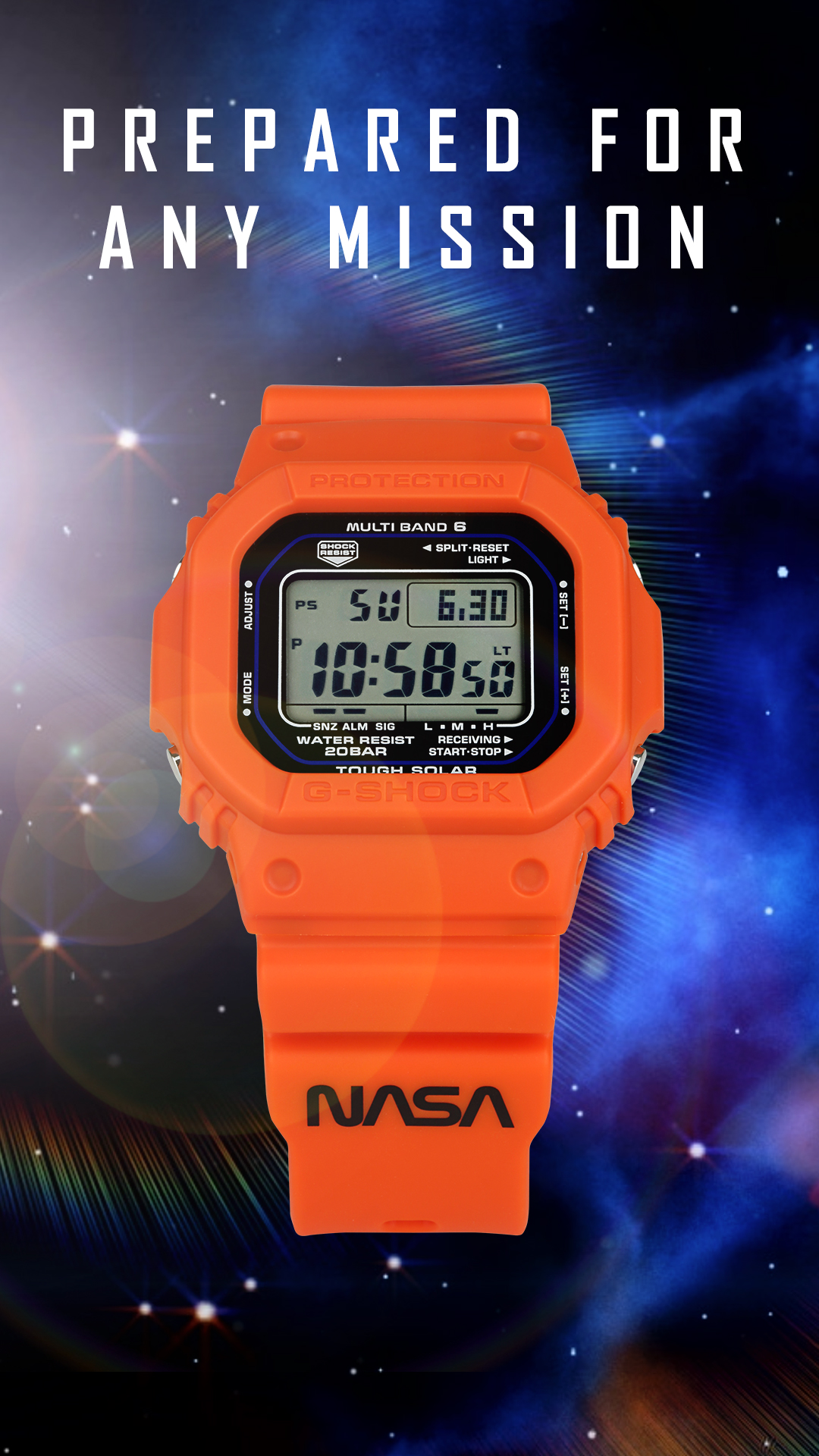 Augustine LA, the boutique where the next limited-edition space G-Shock will premiere, is the brainchild of Jay Partow. A veteran of both the watch and apparel worlds, Partow has brought the two worlds under one roof in Santa Monica, offering a panoply of brands including everyone’s favorite streetwear watch brand: G-Shock. With a burgeoning knack for innovation and exciting collaborations, G-Shock is the perfect fit for a store like Augustine that’s tapped into the culture among tastemakers. 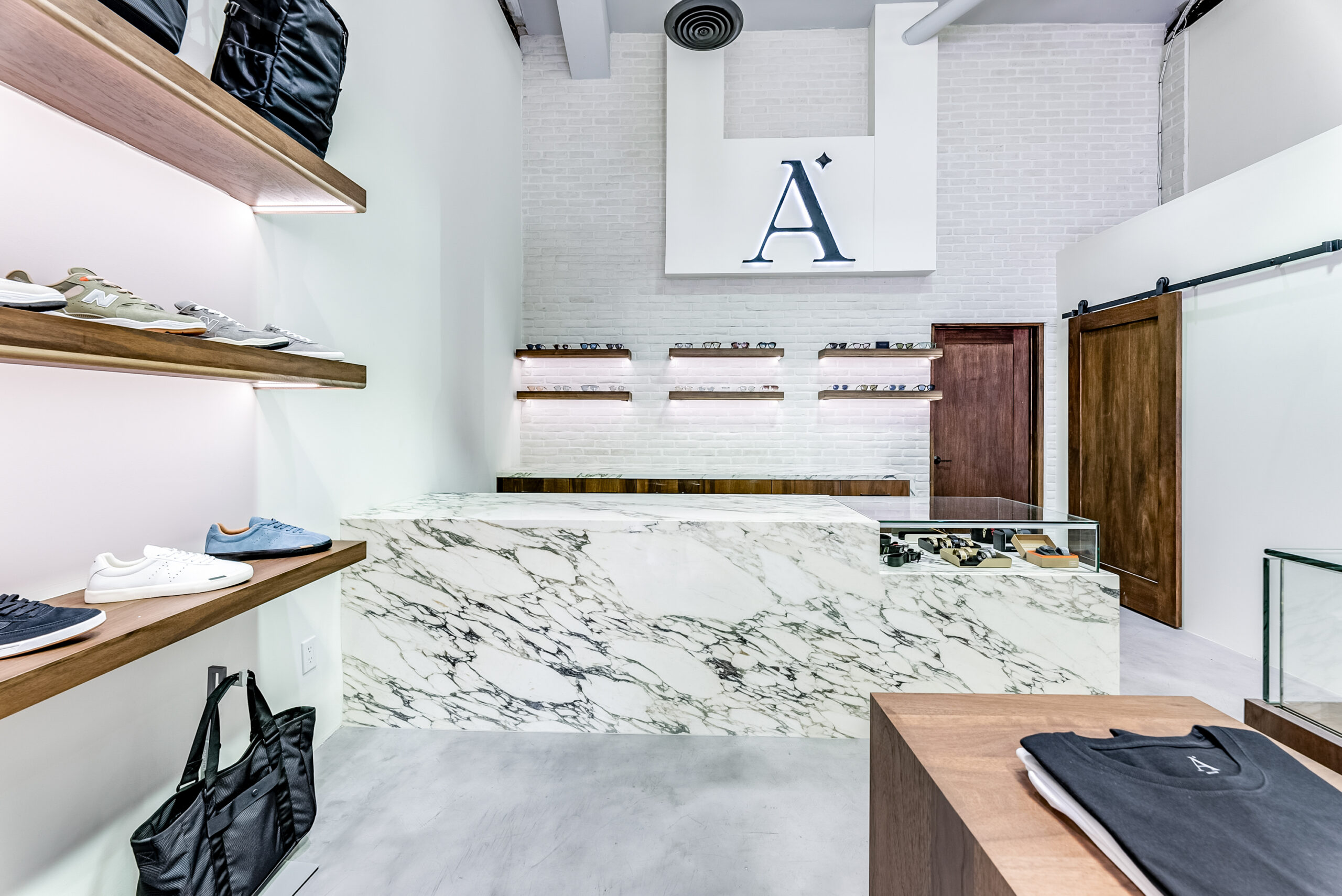 Augustine’s brand new location in Santa Monica, CA will be the launch site for the all-new limited edition G-Shock GWM5610NASA22-4 on August 6, 2022.

Going back to 2020, Casio’s all-white special edition DW5600 represented the first G-Shock timepiece to salute America’s space program. Predictably, it sold out within hours, but stargazers and sneakerheads alike had another crack at things the following year with an updated version commemorating the 40th anniversary of the inaugural space shuttle launch. A revised black resin case lent a monochromatic appearance unmistakable as a commemoration of the shuttle fleet’s iconic profile, while the unassuming digital display cleverly hid a “watermark” of the space shuttle, only visible when the backlight was illuminated. 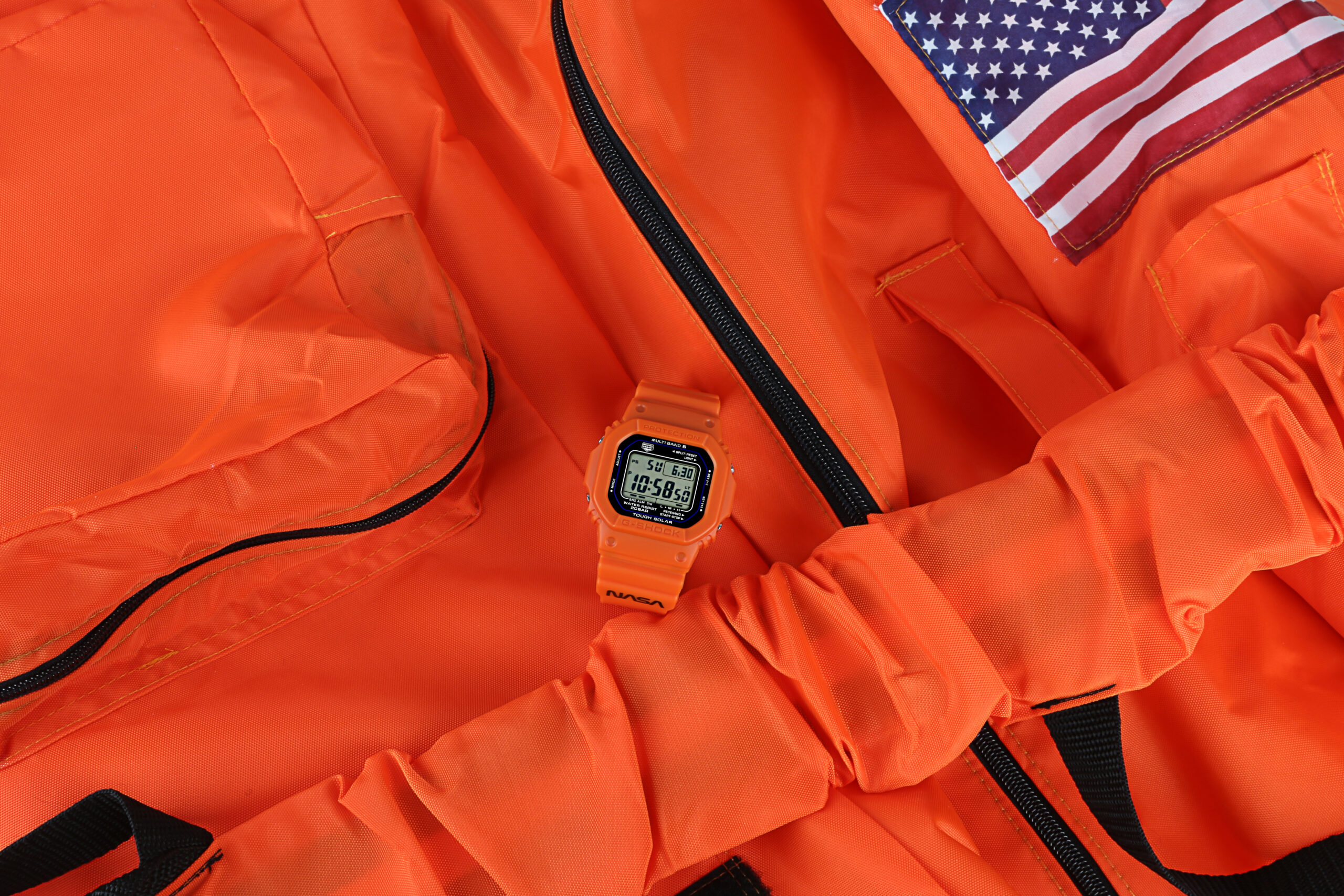 For 2022, G-Shock is back on the scene with its third limited-edition space-inspired timepiece, this time taking on a bright-orange motif reminiscent of the celebrated high-altitude suits worn by astronauts while transiting to and from orbit. Since the early days of the shuttle program, American astronauts kitted out in the “pumpkin suit” enjoyed increased mobility during the most critical phases of flights—launch and re-entry. Thanks to a lightweight design and high visibility, the crew (and rescue teams, if it came to that) could react faster with better situational awareness. G-Shock — whether intentionally or not — has given a nod to this history with the new GWM5610NASA4 model not just in aesthetics, but also in functionality. 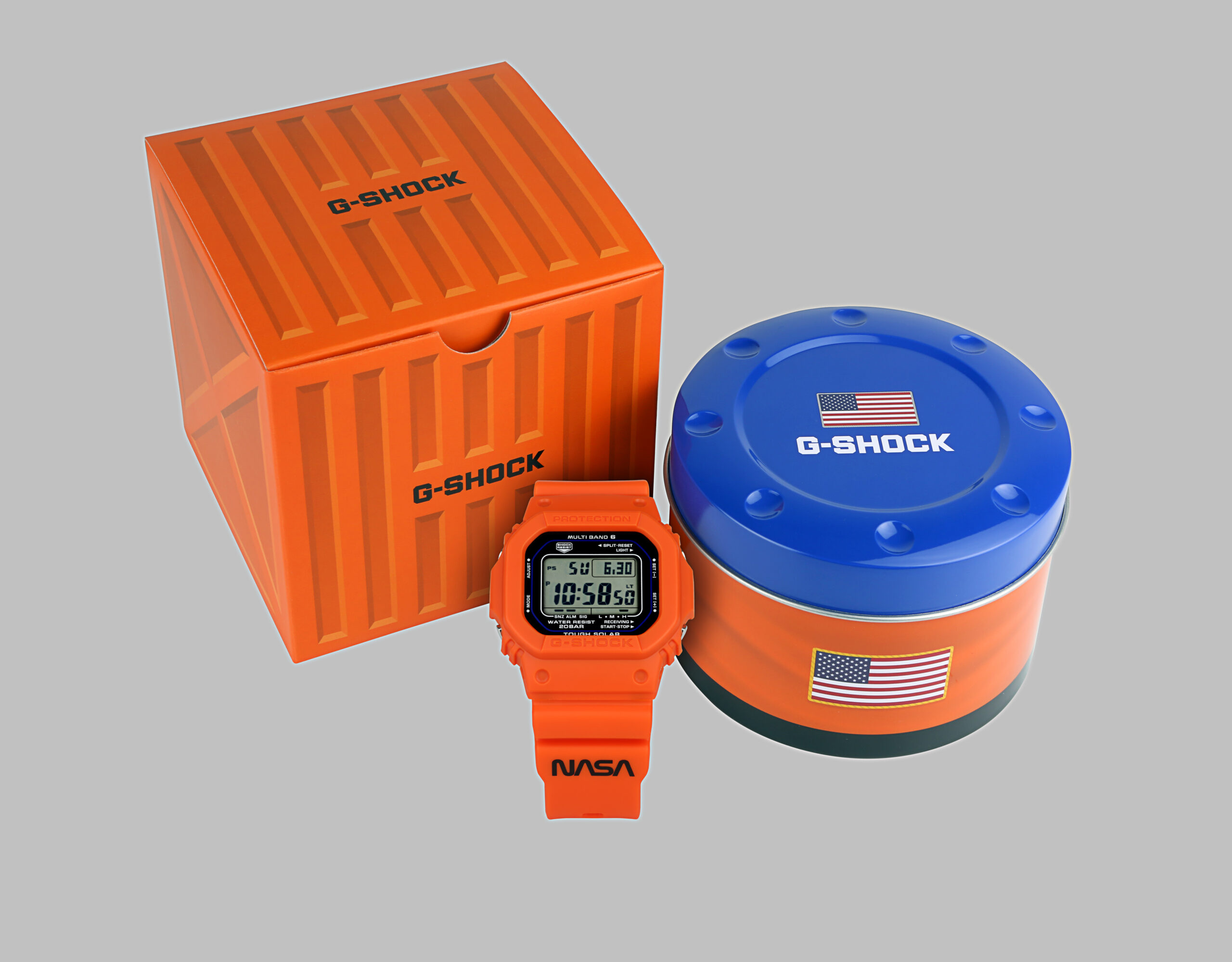 As previously mentioned, G-Shock’s approach to product releases has become more nuanced (and more fair), helping to ensure a more equitable process for fans to get their hands on special releases. As part of this, the mod-July online launch will be followed up by in-store availability at select G-Shock retailers. Here in Los Angeles, Jay Partow’s boutique, Augustine, is one of only a handful of shops confirmed to have product availability. Having operated online only since opening, Augustine’s storefront is hosting its grand opening on August 5, perfectly coinciding with the boutique launch of the orange “SpaceShock.” Turning things into a real celebration, Augustine sweetens the deal by throwing in a 12 oz. tote and free shipping on orders over $99 (which the G-Shock easily qualifies for). If you were looking for an excuse to pass this one up, you won’t find it here. While prior “SpaceShocks” were built upon the DW5600 platform, 2022’s special edition uses the GWM5610. As such, useful features like Tough Solar functionality and Multi-Band 6 Atomic Timekeeping add on to the already productive suite of features like 24-hour timekeeping, alarms, countdown timing, and a calendar accurate without adjustment until the year 2099. Additionally, the solar capabilities enable one more inspired feature. Sensing when it’s in the dark, the 5610 series will automatically shut off the display, conserving battery until it either detects light, or the backlight is activated.

Of course, this wouldn’t be a G-Shock without some serious toughness like 200m of water resistance and G-Shock’s eponymous shock resistance. Flipped over, the steel screw-down caseback is engraved with an image of an anonymous astronaut while the text emblazoned on the matching resin strap is even the same font used by U.S.-government agencies. As readers of this site are aware, attention to detail is key. The tail of the strap is held in place by a contrasted black keeper printed with the stars and stripes. 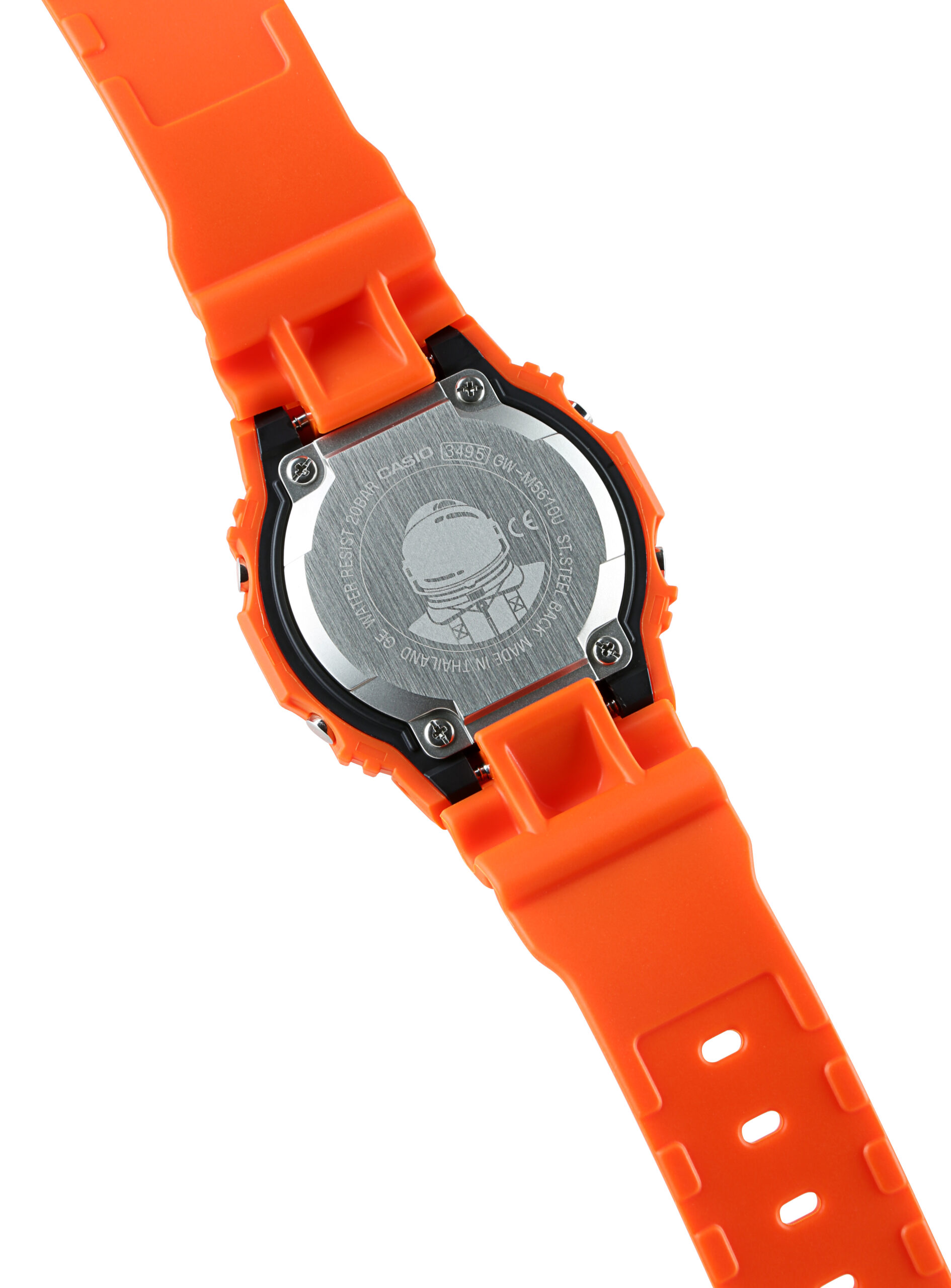 Love it or leave it, G-Shock has tapped into the collecting zeitgeist, ensuring that there truly is a watch for every wrist. By committing to not just one but (at least) three limited-edition timepieces devoted to America’s place in space, G-Shock has done what watch fans seem to crave: drafting unique pieces that are functional and affordable. While the PumpkinShock (or whatever nickname it earns) is limited, it is surely recognizable and a fitting tribute to the bygone shuttle program — one of humankind’s most celebrated and technically masterful innovations. And as America and the world stands on the precipice of a new era in space travel, it seems fitting to commemorate the last epoch of exploration. ABTW readers in Los Angeles can find this timepiece at Augustine Los Angeles. Not in LA? Augustine will also have this timepiece available online via its website.