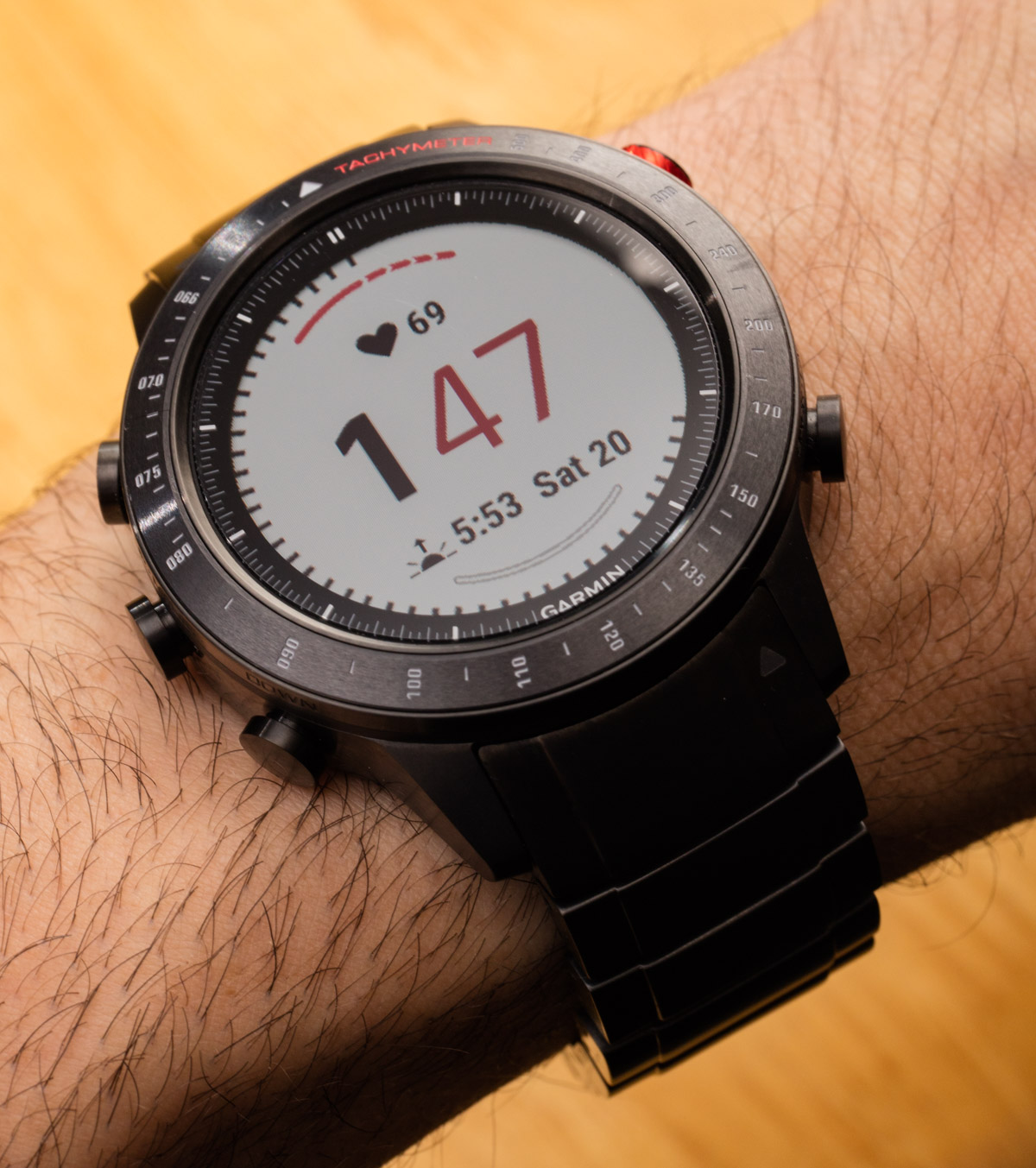 The Garmin Marq GPS smartwatch is the latest high-tech connected wearable from the accomplished hardware and electronics manufacturer — and it is the brand’s most serious attempt at creating a product for daily wear. In February 2019, Garmin invited aBlogtoWatch to join them in Barcelona, Spain in order to introduce just some of the many features the Marq collection offers. Five versions of the Garmin Marq were presented at launch — each designed for a different area that Garmin produces gear for. The various Marq watches mostly share the same software and differ in having cosmetically different case and strap designs. What really separates Garmin Marq from the competition is the rich level of options and customization in the software, as well as the precise performance of the watch itself during trekking, training, and exploring. With a product like the Marq, Garmin also hopes to offer a class-leading luxury product in both construction and materials.

Garmin convinced me (and others) that the Marq is a serious, professional-grade tool for a variety of boating, flying, exercising, driving, racing, and general competition/tracking purposes. Garmin intends for the Marq to be worn not just when users need the special functionality the devices offer, but also as a general-purpose timepiece and connected wearable. For this review, I wore the Garmin Marq Driver almost ful- time for a few weeks to see what it was like. On some days, I would wear a traditional watch on the other wrist (just because), and on other days the Garmin Marq was my sole timepiece during physical activity, as well as for social occasions. 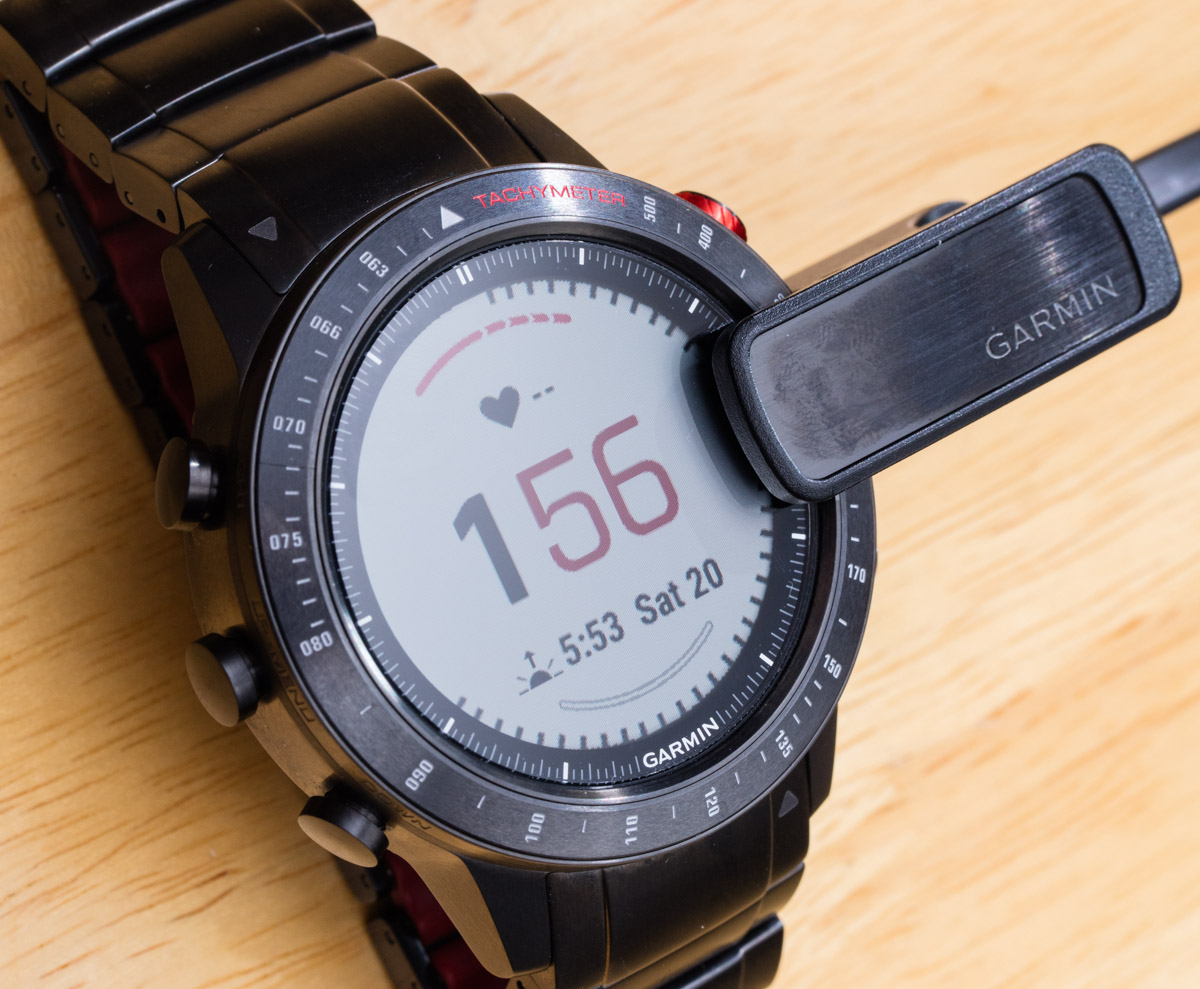 It is important as a preamble to mention a few points. First, this is not my first experience wearing a Garmin smartwatch (but I won’t start making comparisons), nor will I dive deeply into software functionality. One of the things that separates smartwatches from traditional watches is the deep level of education in the software a wearer requires — and merely how to use it on day one. Traditional watches are, by comparison, far more simple; their utility is easier to discuss. My goal is to cover the easiest-to-access features that wearers will experience “right out of the box.” I did engage in some customization of the software interface, and I did download the Garmin Connect mobile phone app, but this review will not really go into the software experience, as that is outside the scope of this article.

Garmin uses its own software for the Marq and other smartwatches. That means it can be used with either an Apple iPhone or Google Android-based phones. You don’t strictly need a mobile phone to use the Marq, but having the companion software is helpful. I did, however, regret that you can’t seem to use the Garmin Connect software to adjust many of the settings on the watch itself. Garmin elects to not have a touch screen and five pushers on the case. This means that, in order to play with a lot of the features on the watch, as well as to fully customize it for your needs, you need to do everything through the watch itself. 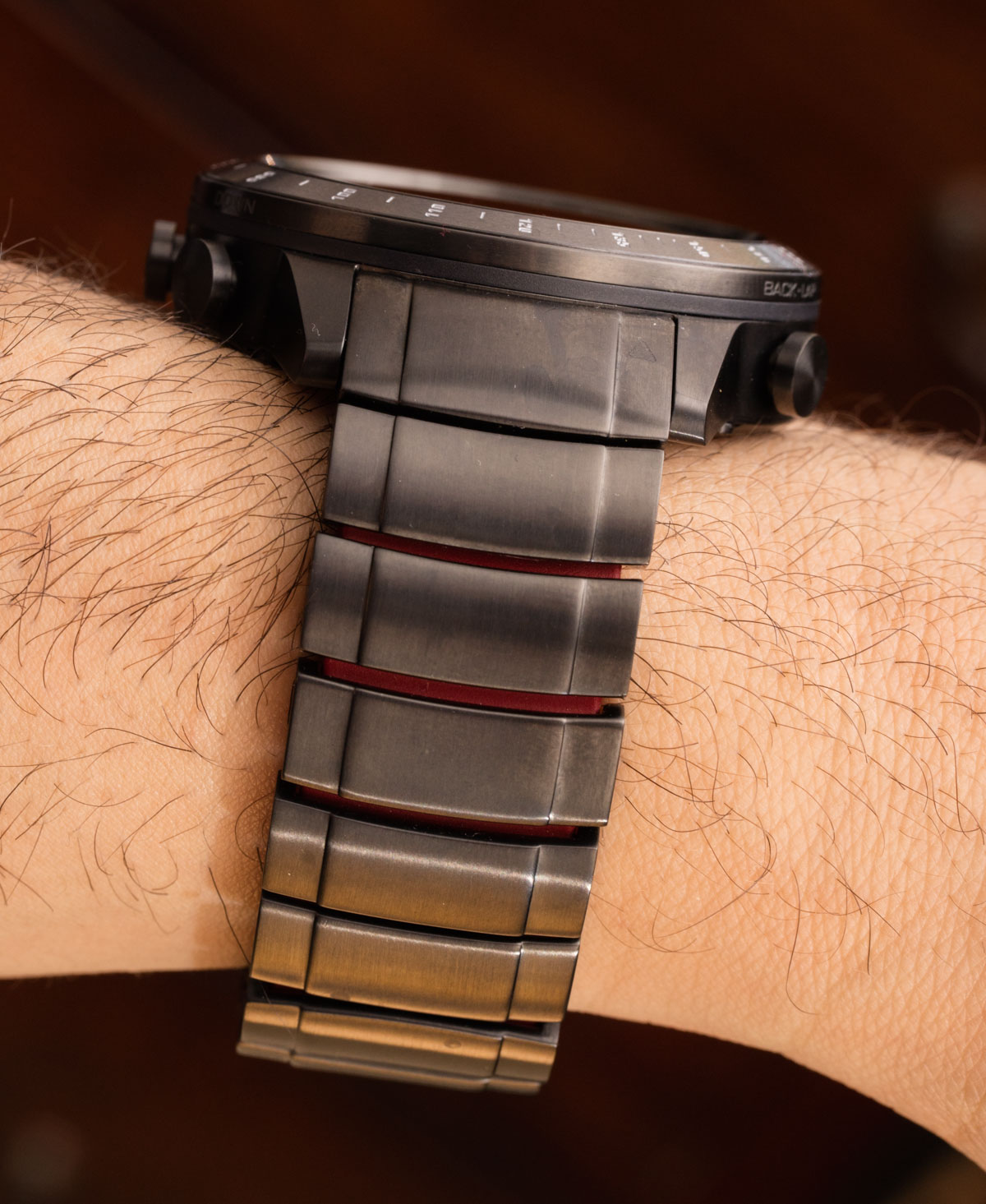 My recommendation to  Garmin is that even though the Garmin Connect app does a nice job of assembling performance data, etc… it should do a better job of helping users to make sure the Marq software is set up for their particular needs and lifestyle. This is crucial not just for cosmetic changes to the watch (such as the watch faces) but also to ensure that wearers of the Marq know about everything the device is capable of. I was able (with a lot of poking around) to create some interesting customized watch faces for the Marq, but the process seemed overly nuanced and time-consuming, given today’s advancements in comfortable user-operating interface environments. If it were up to me, in addition to being able to operate the software on the phone, it would be possible to explore the menu items as well as to adjust Marq watch faces and displays from within a phone or even a computer application.

By default, the Marq is a basic smartwatch with regard to things like notifications and alerts. Once you connect it to your phone, you’ll start to get a vibrating alert when a new e-mail, text message, or other random notification comes in. These can be turned off by one by one, but the watch assumes you want all of this. Again, I think it would have been nice to select which types of notifications I get, one by one, as I set up the watch. For example, I might want to see my incoming text messages, but I don’t really need a notification on my wrist when someone wants to connect with me on LinkedIn. Also, unlike other smartwatches designed to work more directly with phones, the Marq will tell you about incoming messages, etc… but you still need to use your phone to reply to or delete them. As a “phone-connected” smartwatch, the Marq does most of the basics, but its forte is more in what it can do without a phone. 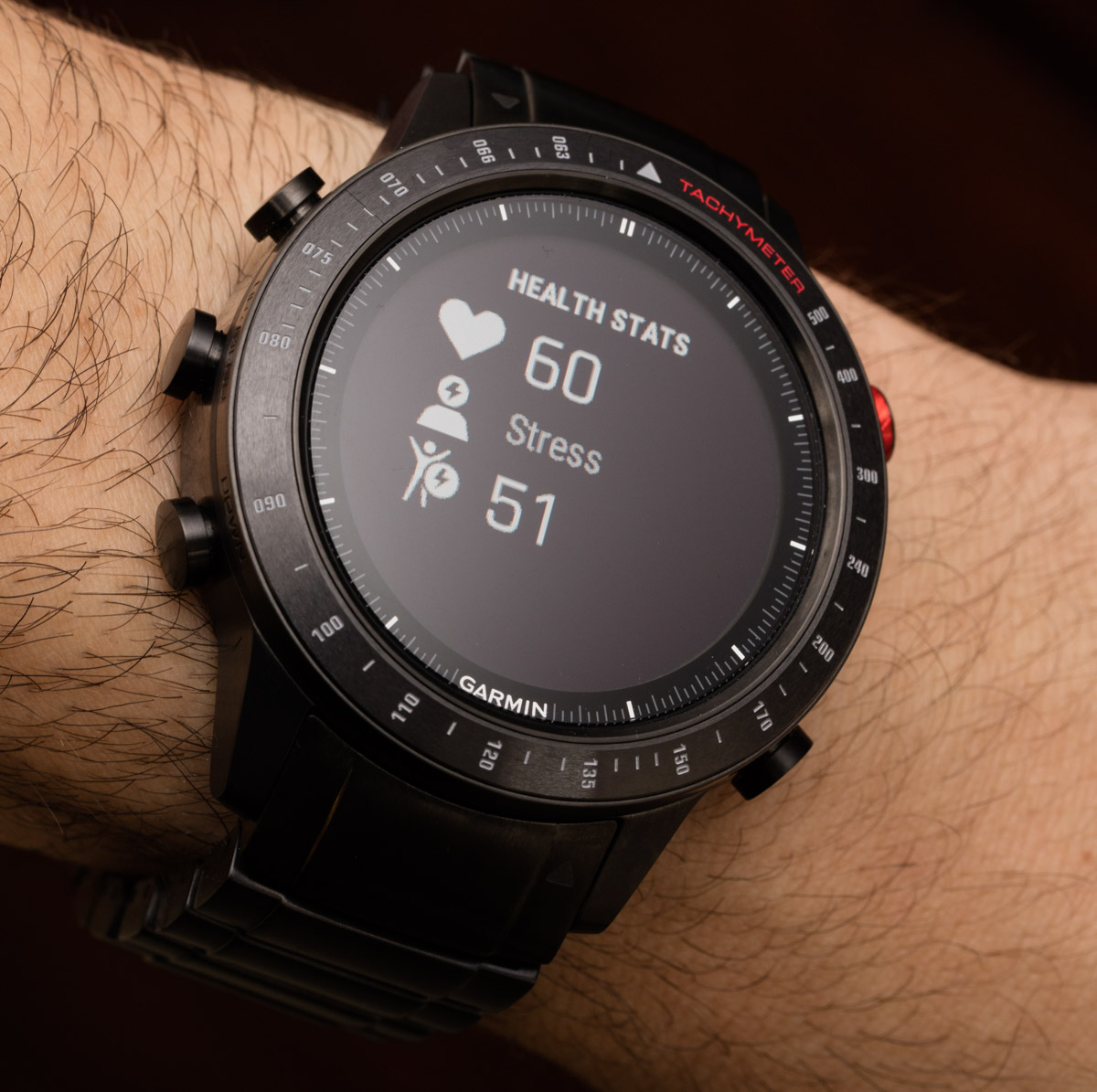 It doesn’t bother me that I can’t control my phone much through the Marq but, as I said, I would love to rely on the phone more to play with the Marq settings. That said, the Marq really begins to blossom when you consider its native abilities and functionality. For example, the watch has its own very precise GPS antenna, as well as on-board maps software. On a few occasions, I decided to use the Marq’s mapping function to track the route I hiked or rode a bicycle. The watch used GPS and its mapping tool to not only track my distance but also to produce a visual map. None of this required using the smartphone connection at all.

Like a lot of other modern smartwatches with fitness functionality, the Marq requires that you manually tell it when you start and stop various types of activities. That means if you are hiking and want to track your journey or workout, you need to make sure to remember to do this in advance by navigating to the right menu and pressing the start button. I have to admit that developing a habit of starting and stopping my watch to track things is a bit challenging for me. I routinely forgot to start my activity until after I began (but remembering to stop the activity on the watch is easier to remember). Tracking your workout data allows you to push yourself more the next time — and also know how well you performed overall. Garmin offers a load of really useful information both during and after your workout, but accessing some of that information can require digging through menus.