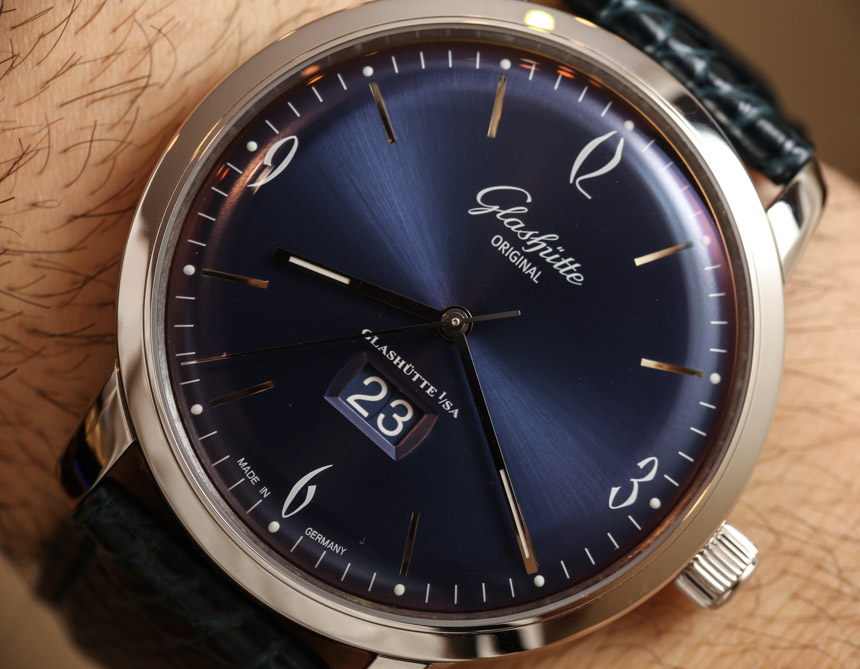 Several years ago, Glashutte Original released a 1960s inspired watch called the Senator Sixties. It was controversial at the time, and personally I wasn’t all that into it. My feelings probably hinged on the fact that it wasn’t the type of watch I expected from the brand. Though after some revisions I’ve come around and find the most modern interpretation of the Senator Sixties (the Panorama Date) genuinely cool. It still isn’t what I consider “classic Glashutte Original,” but I genuinely like it.

For me, the town of Glashutte, Germany is the epicenter of traditional function-focused German watch making. From there I expect to see ice-cold tool watches with a traditional twist, and a heavy emphasis on functional utility. A few years ago we started to see more themed or nuanced designs that broke that traditional mold. Gashutte is still very much about utility-themed, high-end timepieces, but we’ve come to allow a bit more whimsy in their offerings. The Senator Sixites Panorama Date is a good example. 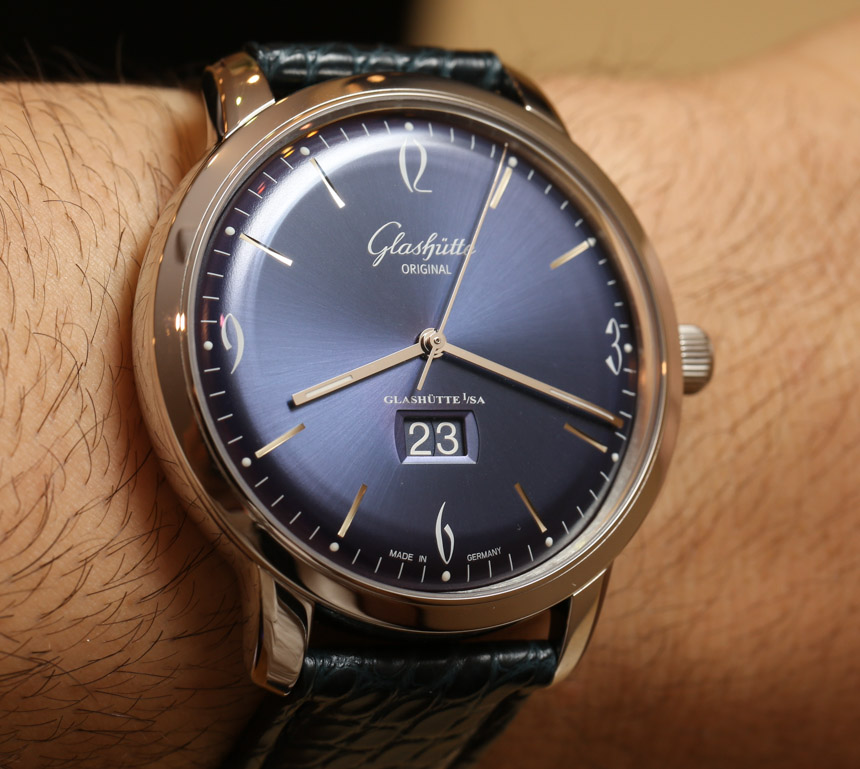 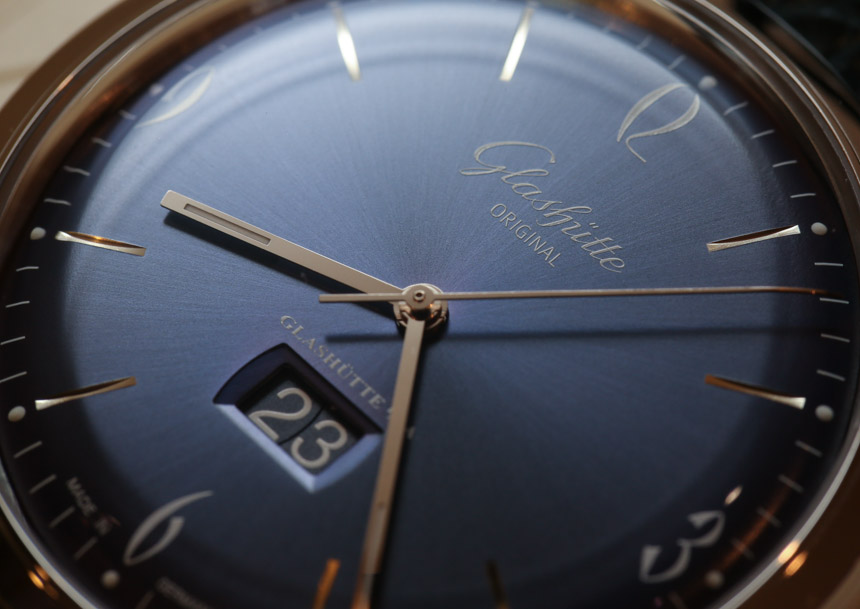 For a long time Glashutte Original has been one of my favorite brands. I personally own one of their watches (a Sport Evolution) and I am eager to see what they come out with each year. A new development at the brand is their ownership of the dial maker they once used as a supplier. What does that mean to the consumer? A lot actually. Having control over the dial maker means that little details on each dial can be attended to like never before. For example, on this watch, the color of the numerals in the big date indicator match the numerals on the rest of the dial. Such custom work is often not possible or feasible unless you actually own a company. So having their own dial maker really helps. It is also a very positive thing for collectors who are annoyed by color inconsistencies, which I can sympathize with.

When the Senator Sixties first came out I nicknamed it the “Tiki Dial.” That is because the font used for the 12, 3, 6, and 9 o’clock hour indicator reminded me of the font used in Tiki room Polynesian-themed bars and restaurants, which had some mid-century popularity in the United States. When I see the watch today I still think that. For me a watch like this works really well with a Hawaiian shirt while wearing shorts on vacation or when drinking something out of a coconut. Maybe that is just my own personal fantasy about the watch, but it is why I feel it is more “cool,” rather then dressy. It is in fact put in the skin of a dress watch with its traditional round case and elegant dial. 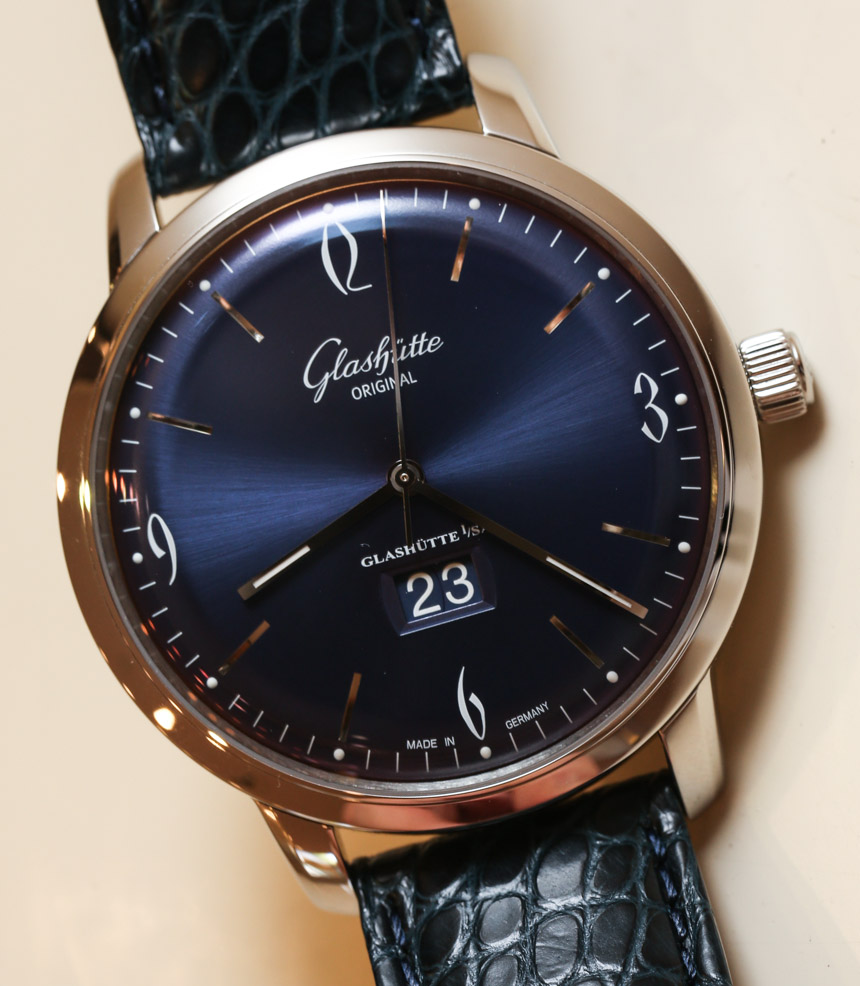