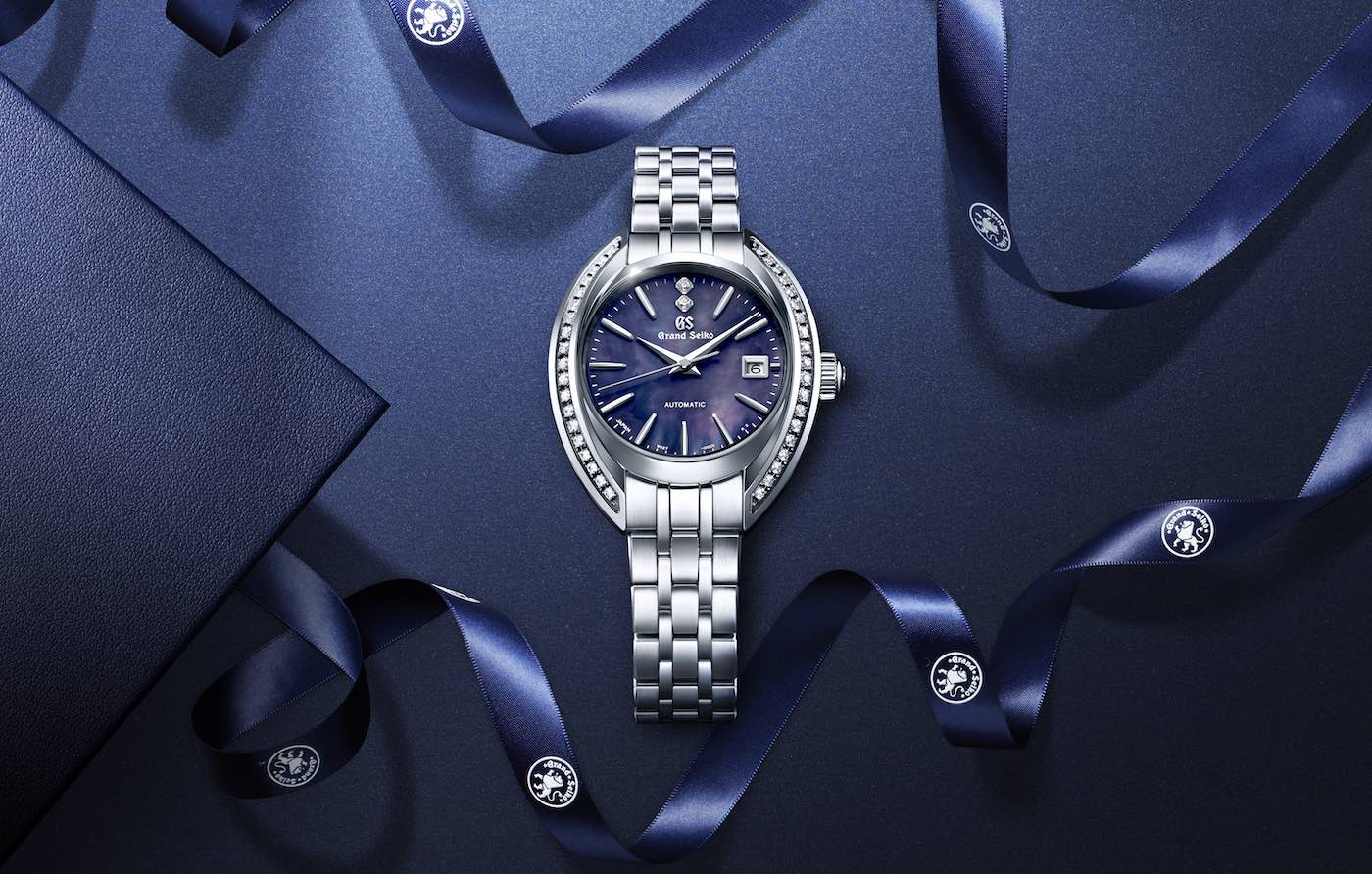 Regarded in the watch the industry as having one of the highest standards of finishing going, it is never a surprise when Grand Seiko turns its considerable talents toward the creation of a jewelry piece for women. The only surprising thing is that it doesn’t happen all that often. The last women’s GS release we covered was as part of a Baselworld round-up in 2018. Since then, however, the Elegance collection has significantly upped its game, with men’s releases like the Grand Seiko Elegance Spring Drive 20th Anniversary watches. And somewhere along the way, somebody must have decided that the women’s range deserves the same kind of attention. And thus I’m pleased to say that the women’s lineup has just welcomed two new members, the Grand Seiko STGK011 and the Grand Seiko STGK013. 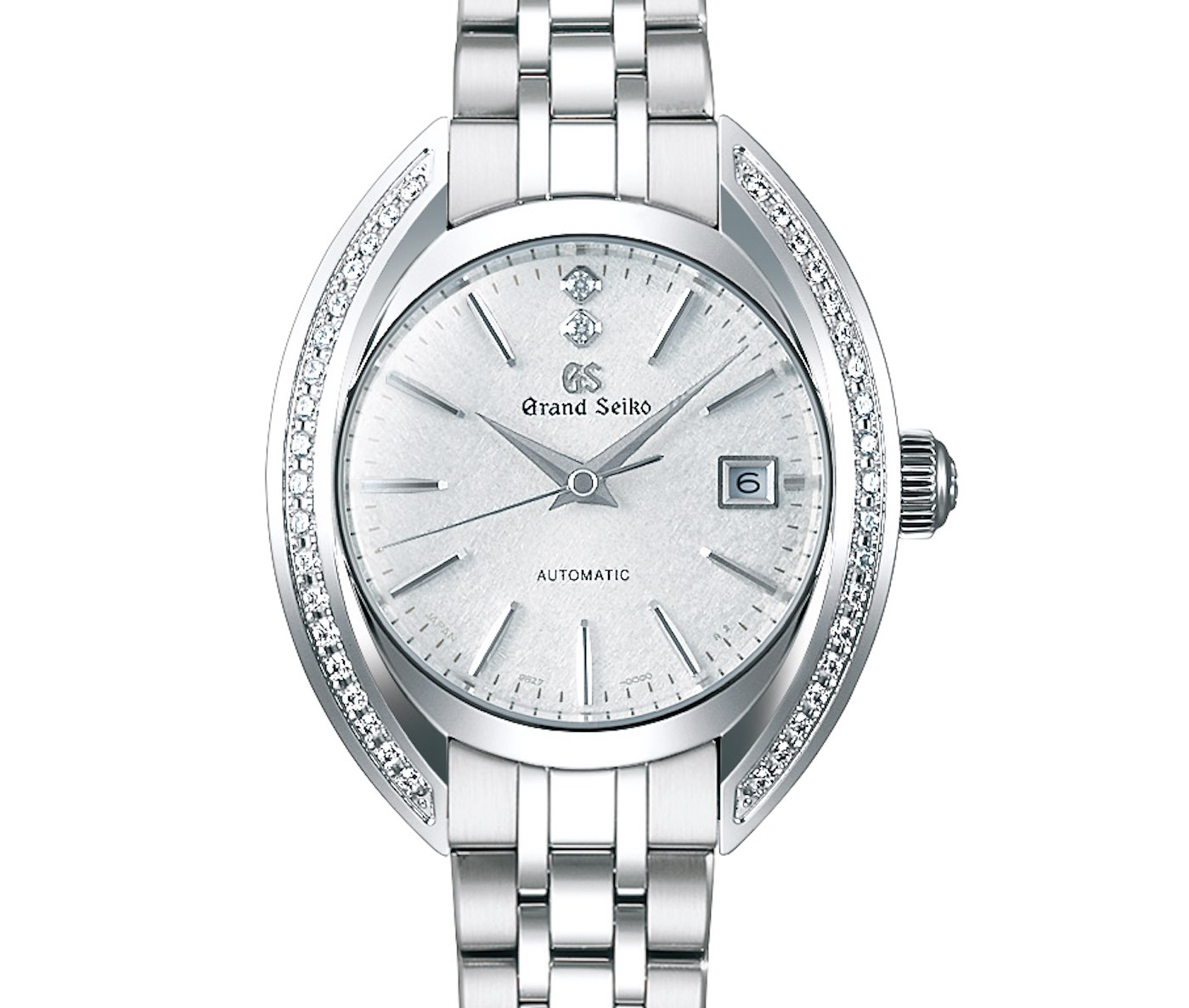 These slimline mechanical offerings are made possible thanks to the new caliber 9S27, which has an operating frequency of 28,800vph and a power reserve of 50 hours, while only being 4.49mm-thick. Its utilization in watches designed for the Grand Seiko elegance collection opens up myriad possibilities. In a true celebration of form, designers at Grand Seiko have allowed their artistic flair to come to the fore with the case design that houses the slender movement. This novel, swooping, and diamond-set form is certainly something new for the brand and strongly diversifies the women’s collection.

If you were thinking it looked a bit odd, but couldn’t quite pinpoint exactly what was odd about it, allow me to help: this 30.6mm × 12.7mm case has no bezel. While there is no rule in watchmaking that a case requires a bezel, we are rather used to seeing them on Grand Seikos. This is a nice touch that adds a more sculptural edge to proceedings. This watchcase design has its roots in 1967, when the Grand Seiko 62GS made waves with its bold-but-feminine bezel-free case, and so the brand decided to bring it back to life with the release of the Grand Seiko STGK011 and the Grand Seiko STGK013. 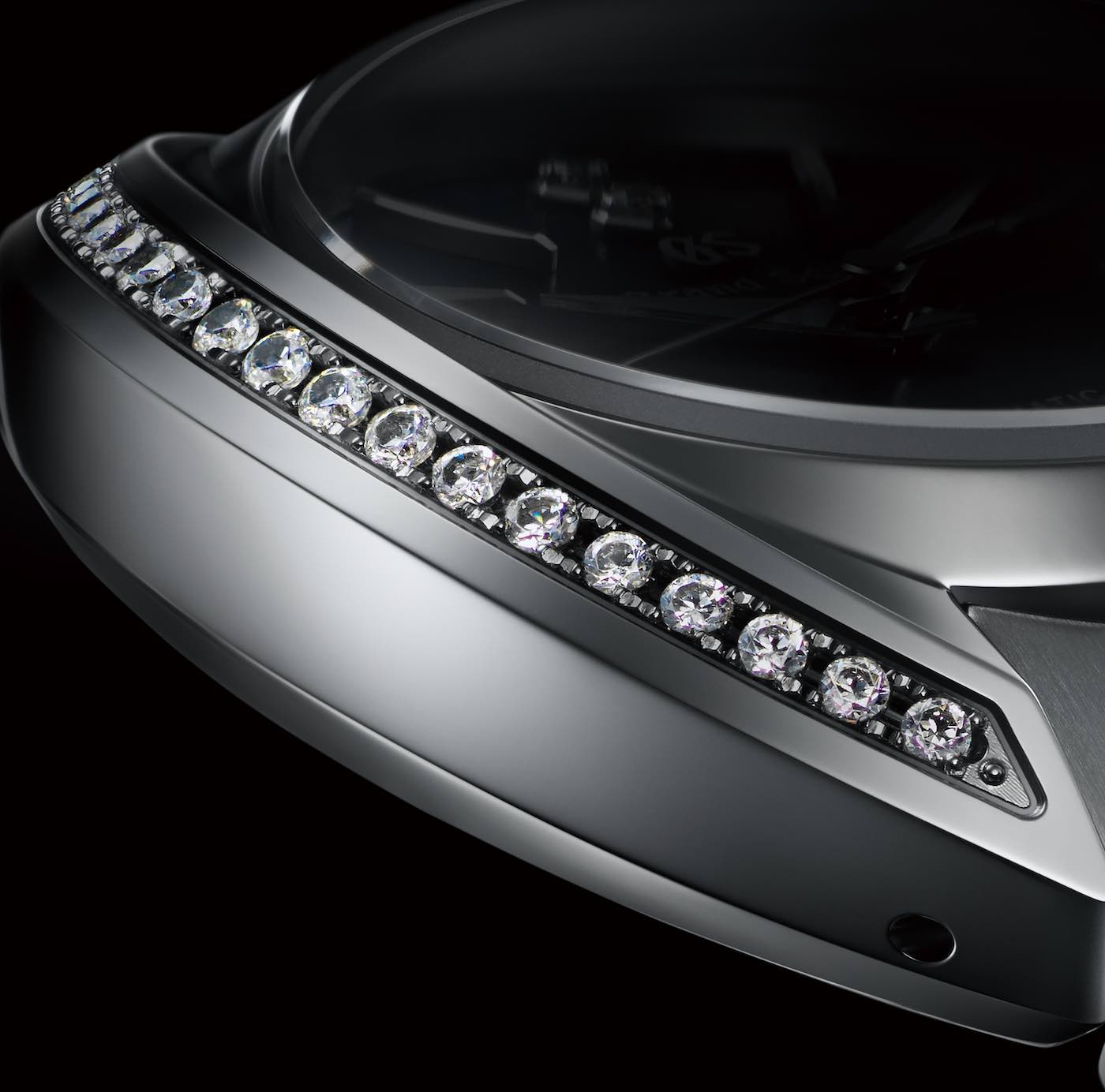 Lines of diamonds running along either side of the sapphire crystal seem to suspend the dials in mid-air. The diamonds are set into a Zaratsu-polished surface, which, thanks to painstaking hand-finishing, is distortion-free and an excellent foundation for diamonds to shimmer. 0.38 carats shared by 38 stones (19 on each side of the crystal) and a further 0.03 split between the two, slightly larger, diagonally set stones on the dial at 12 o’clock make for an eye-catching timepiece.

And the artfulness continues with the execution of the dials. With a choice between a deep, brooding mother of pearl or delicate silver-colored pattern, both dials have their hours marked by applied leaf-shaped indices, polished to the brand’s world-famous standards. 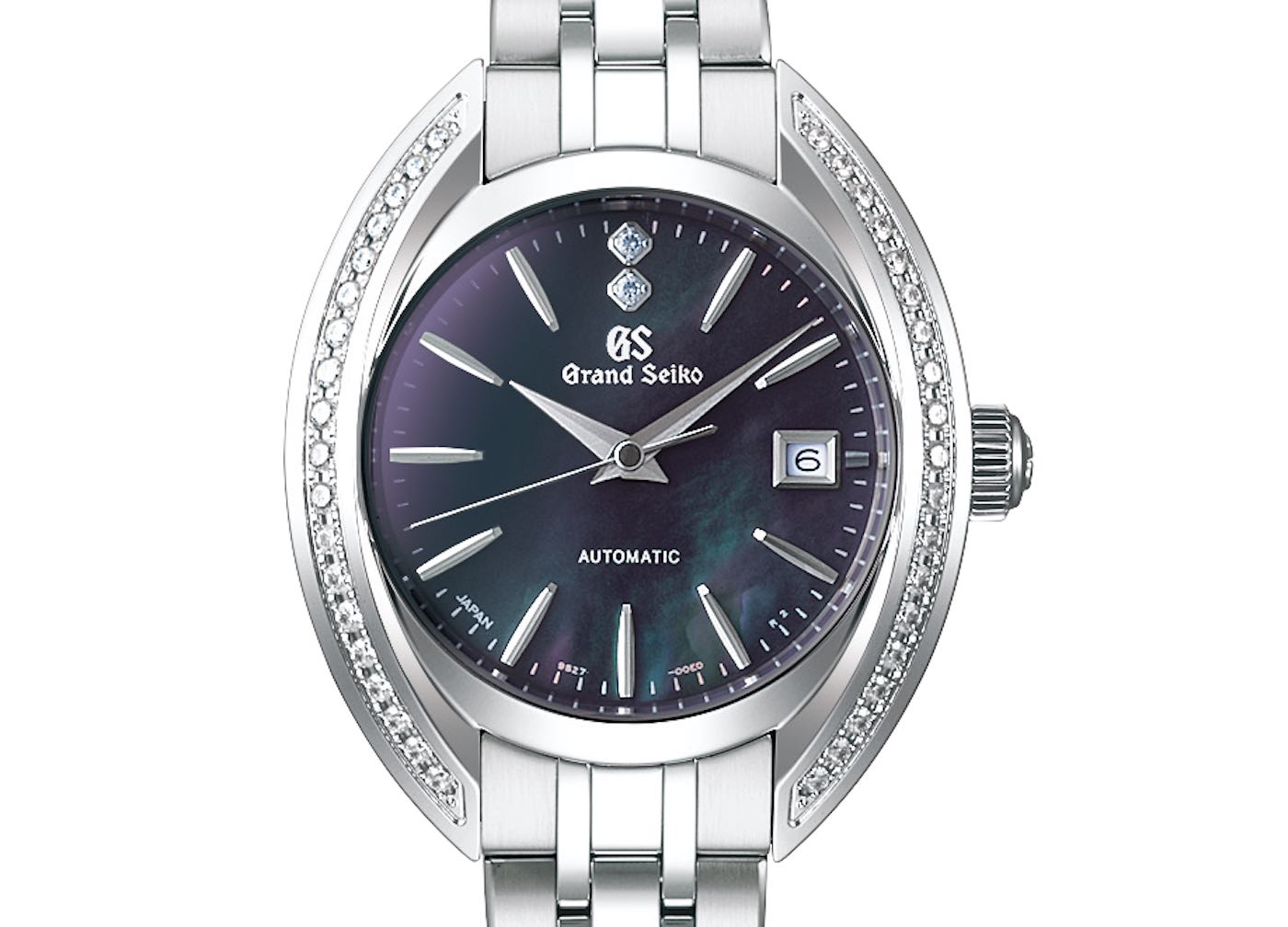 The stormy purple color of this mother of pearl variant is known as “Koki-Murasaki,” regarded as a status symbol in Japan. Its nuanced character means it throws out different looks from all angles, constantly shifting and changing in the light.

The Grand Seiko STGK011 and the Grand Seiko STGK013 slot straight into the elegance collection, offering an exceedingly feminine watch for true lovers of horology. The credibility of the movement and the superlative case and dial finishing make these watches some of the most impressive women’s releases of 2019, in my opinion. The watches go on sale in October and will be available at Grand Seiko boutiques and a handful of selected Seiko boutiques and existing authorized dealers. The price right now for both models is listed at €11,300. Learn more at grand-seiko.com.