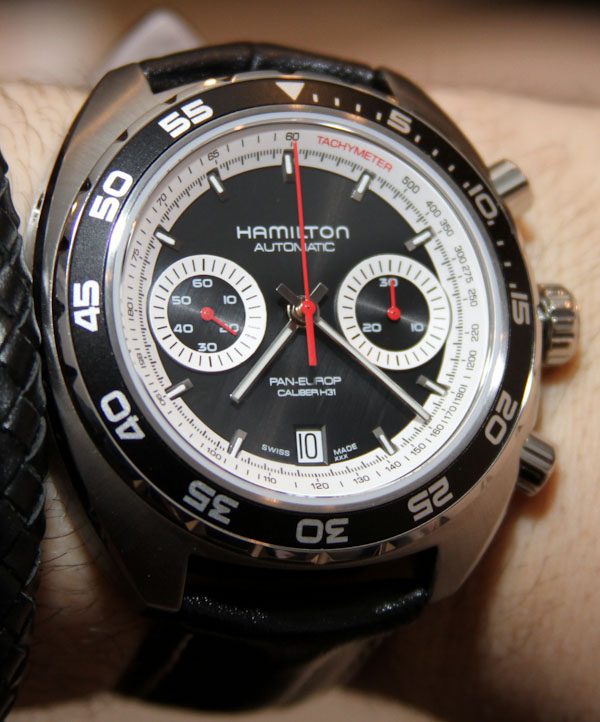 In 2011 when the original [new] Hamilton Pan Europ watch was released, it was also the debut of the H-31 movement which was an exclusive for Hamilton by sister company ETA (both are under the Swatch Group umbrella). Based on a historic Hamilton watch design from 1971, the 2011 Pan Europ features a lovely blue dial and was limited to just 1,971 pieces. 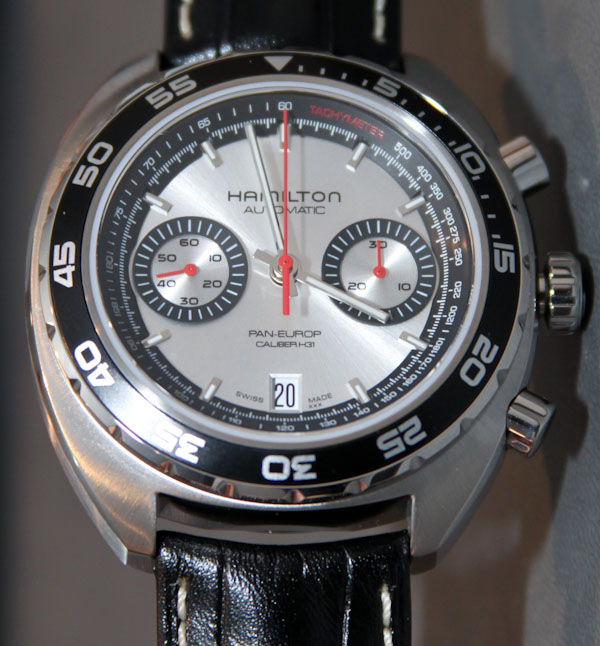 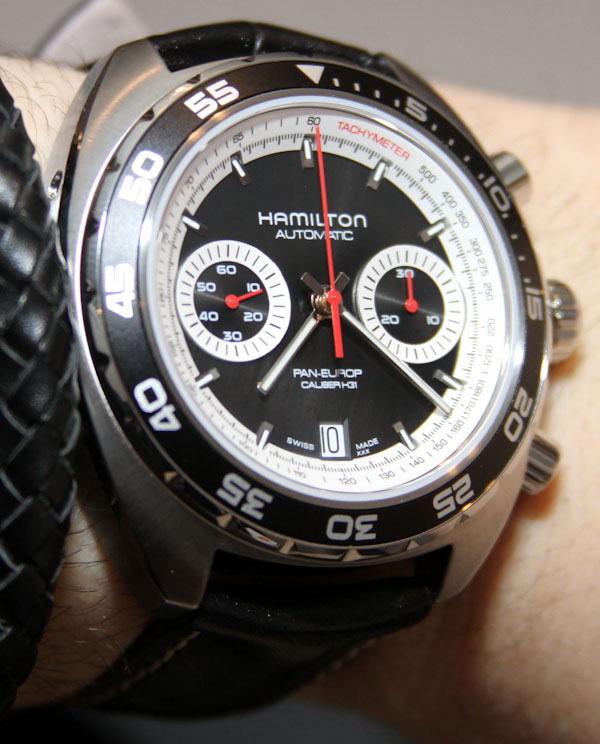 What is different about these versions of the Pan Europ? The dial colors are different and they finally get a legitimate looking strap that you don’t have to swap out right away. The non-limited version also has a display versus solid caseback. Before discussing the watch, let’s briefly discuss the H-31 (H31) automatic movement. ETA modified a Valjoux 7750 chronograph to offer 60 versus about 42 hours of power reserve. This was done by lowering the frequency of the balance wheel to 3 versus 4Hz, and by possibly increasing the size of the mainspring barrel. To be honest, you ideally want a watch with the highest frequency possible for the sake of accuracy. Thus, the H-31 is logically going to be a bit less accurate over time than most 4Hz movements. But few people buy mechanical watches for accuracy. For 2013, Hamilton again used the H-31 in the beautiful Khaki Pilot Pioneer Auto Chrono watch.

The Pan Europ comes in a 45mm wide almost tonneau-shaped case with a round dial. The design is common to many sport and dive watches of the 1970s. It looks great on the wrist and the panda-style coloring on the dial with the red accents makes it an instant classic. The dial design is honestly not that novel, but rather a very clever assortment of existing elements arranged into an overall very satisfying design. 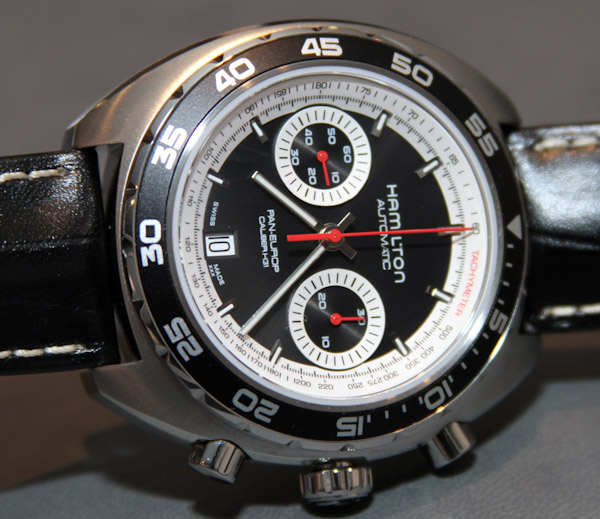 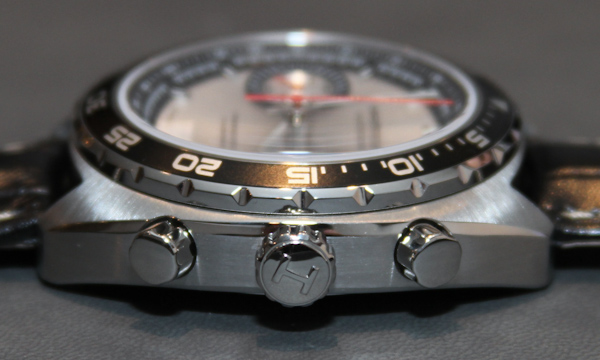 Dial depth is visually pleasing as the sloped flange ring is cut with the applied hour markers. Squared hands are classic and easy to read while a good level of lume coats the dial. Around the dial is a rotating diver’s style bezel. My preference is the mostly black dial (ref. H35756735), but there is an equally nice version of the Pan Europ with a mostly silver dial (ref. H35756755). Symmetry and traditional class make the Pan Europ a great looking sport watch. A unique model, we love that Hamilton continues to produce interesting watches such as this at relatively fair prices. The Hamilton Pan Europ retails for $1,945. hamiltonwatch.com