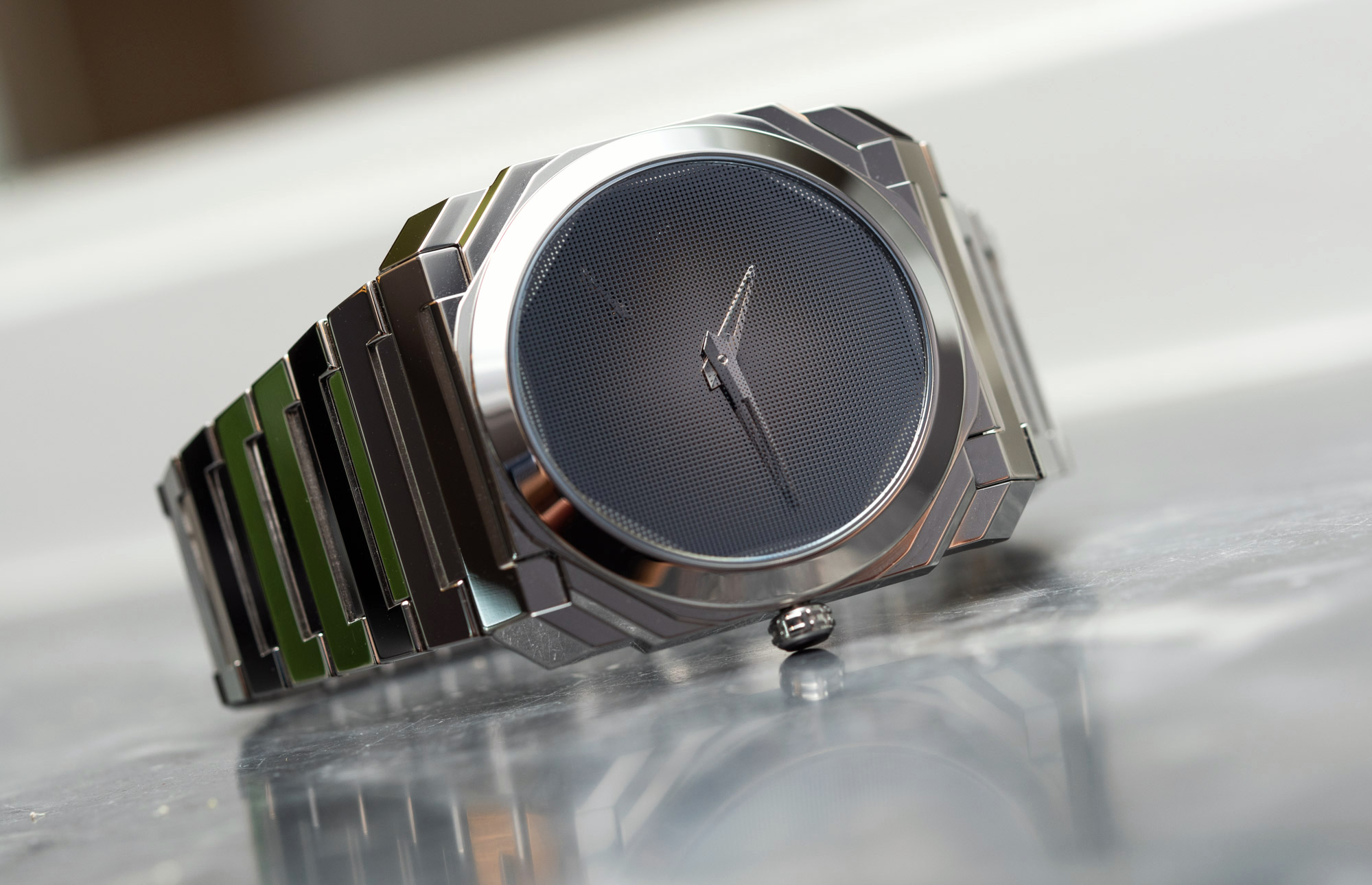 There are so many things to be said about the Bulgari Octo Finissimo Sejima Edition — it’s what has really driven the Octo Finissimo’s “iconic” status home, at least for me, someone who’s handled just about every Octo and Octo Finissimo from the last decade. It’s also a watch that is virtually impossible to wear in any civilized setting and yet impossible to separate from — like an utterly likable dog that can’t be left home but wreaks havoc everywhere it goes. And last, it’s a watch that makes one ponder the importance of horological specs and, perhaps, love Bulgari even more. 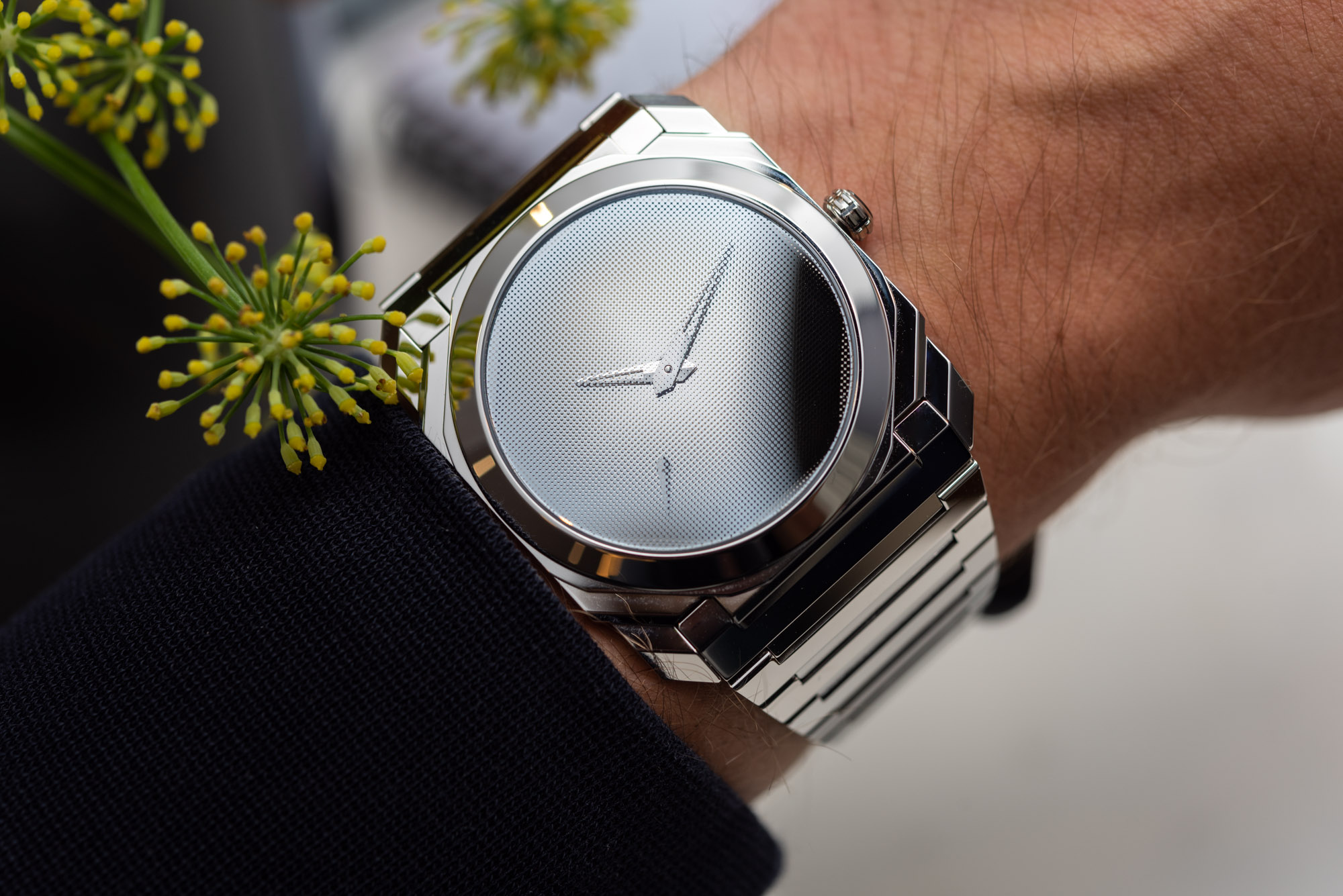 Although the word “iconic” has been overused by the watch industry, it takes more to turn a product into an icon than simply referring to it as such over and over again. The recipe for success has some secret ingredients that are extremely difficult to identify, and some of them are found through trial and error, with an emphasis on error.

You see, the Bulgari Octo Finissimo Sejima Edition is a fundamentally flawed watch. It’s so bad at performing one of the most basic tasks of a watch that, when I first saw it, I burst out with laughter to the point of tears. For real. I simply couldn’t process the concept of a $14,100 watch that is illegible on a completely new level (Biver’s all-black watches have nothing on Sejima!) by blinding its owner under almost any circumstance, with the possible exception of a heavily overcast day in the gloomiest valley of Scotland. 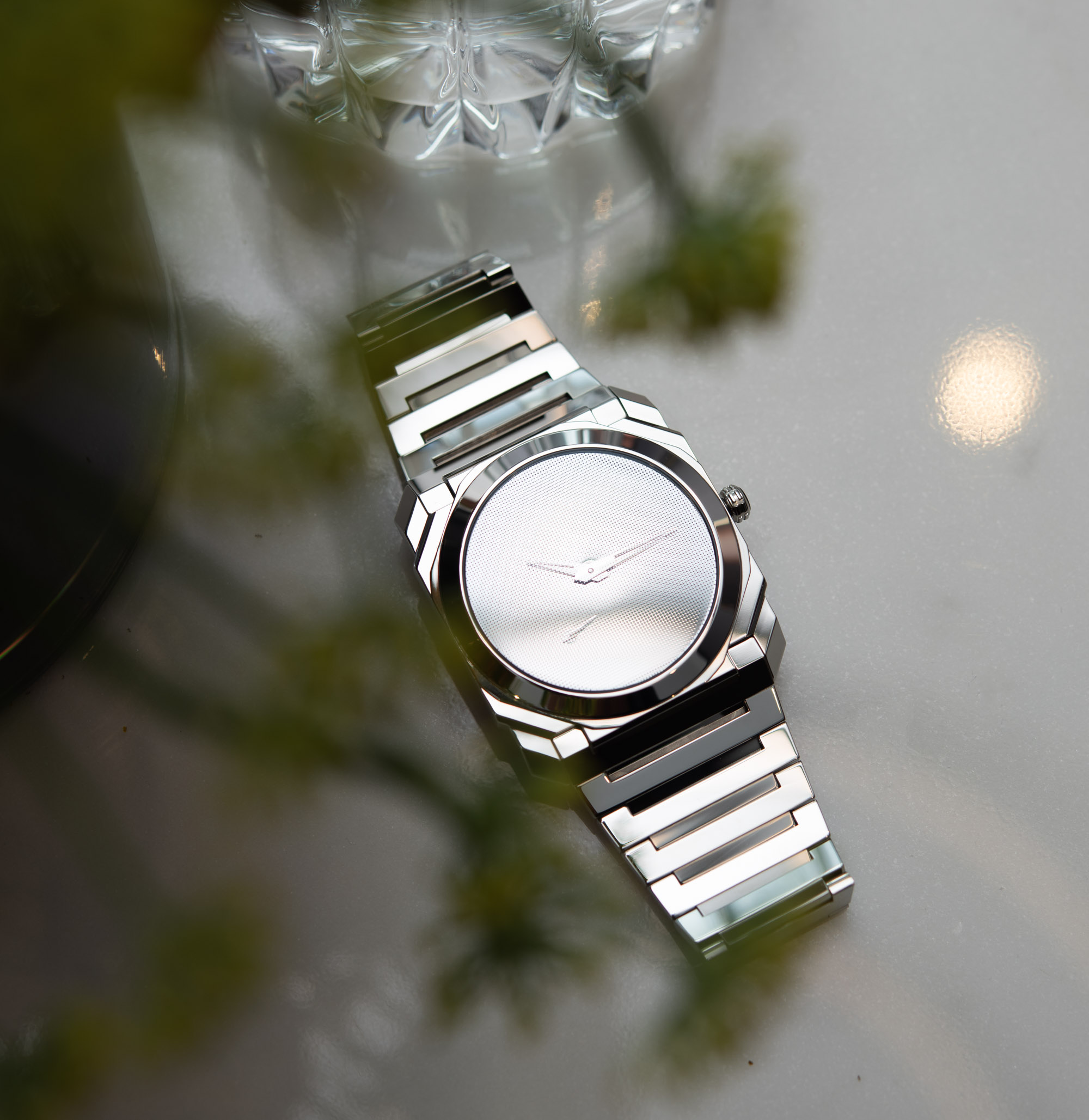 How so? The Sejima Edition is, essentially, a Bulgari Octo Finissimo that’s been transformed into a mirror. Forget polished bracelets and cases: This watch looks like it’s covered in chrome so blingy that the ’50s called asking for it back. Both the bracelet and the 40mm-wide, 6.4mm-thick case are, of course, in highly polished, solid stainless steel, and are not chrome-plated. But the real retina-teaser is the mirror dial that is, in fact, an actual mirror. You can easily see yourself in it in full detail in those rare moments when it’s not reflecting thick beams of sunshine straight into your eyes. It’s just impossible to over-emphasize how mad a mirror for a wristwatch dial is. 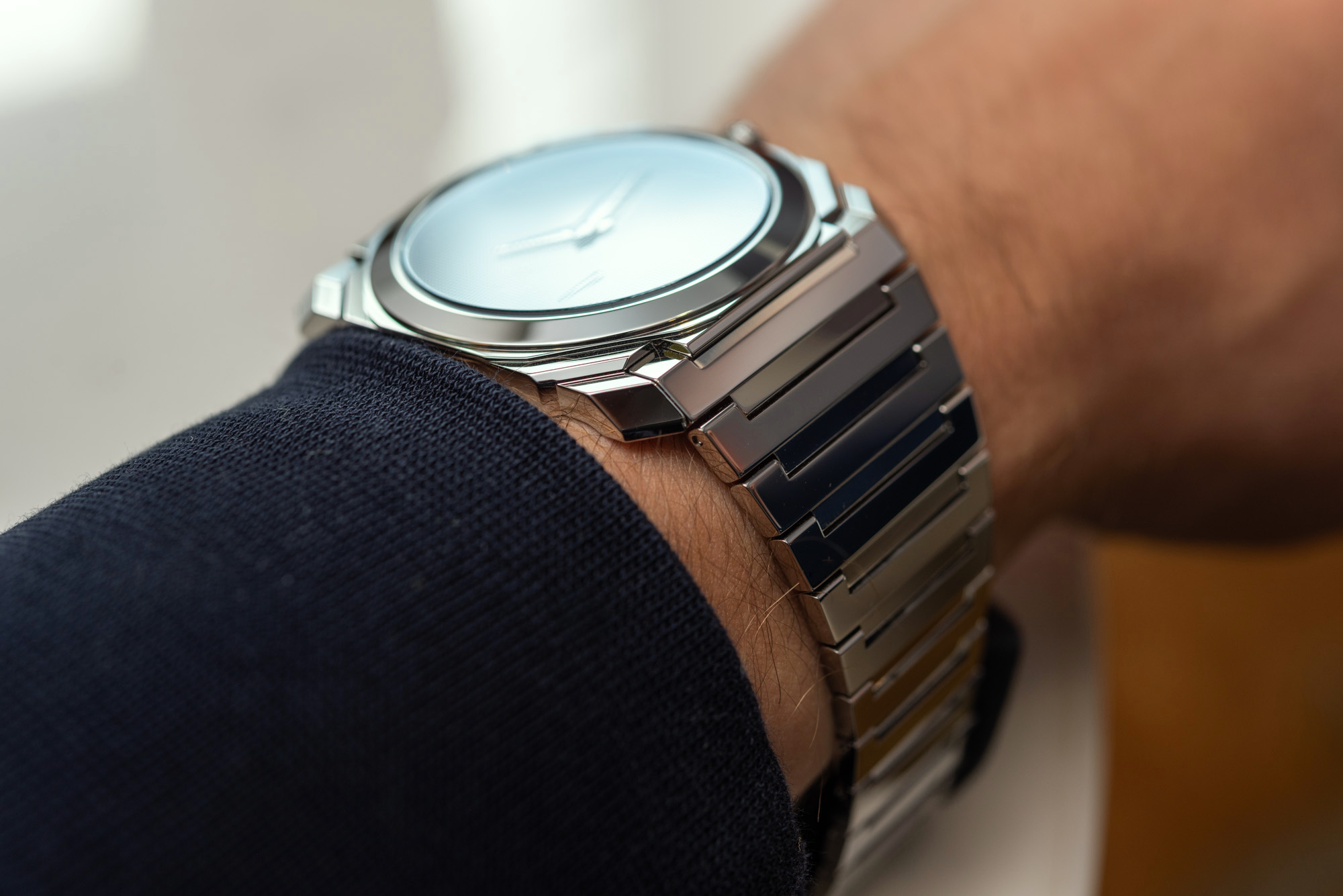 Why so? Rick — co-host of our ABTW Weekly podcast — and I recorded a splendid conversation with Fabrizio Buonamassa, Design Director of Bulgari Watches, right after my first encounter with the Bulgari Octo Finissimo Sejima Edition, which is when we took these hands-on photos. Look out for that podcast airing soon, as we discussed the improbable Italian-Japanese collaborations between Bulgari and renowned Japanese designers, architects, and artists. As such, we have, naturally, touched on the Sejima edition, having just had that highly unexpected and powerful first encounter.

The mirror train designed by Kazuyo Sejima, in operation between Tokyo’s Ikebukuro station and Chichibu in neighboring Saitama prefecture.

We learned that the Sejima Edition was inspired by a mirror train, also conceived by Pritzker-winning Japanese architect Kazuyo Sejima, back in 2018. How to make the Octo Finissimo even thinner? By making it invisible. How do you make something invisible? Based on that inspiration, by turning it into a mirror — more specifically, something that is partially transparent, partially reflective. We have, of course, not missed the opportunity to point out the irony that lies in a watch that was designed to be invisible and yet ultimately became the only wristwatch that can potentially be seen from space. We even joked that the Bulgari Octo Finissimo Sejima Edition is the new Breitling Emergency — get lost in a forest or a desert, and you can definitely signal for help with outstanding effectiveness. 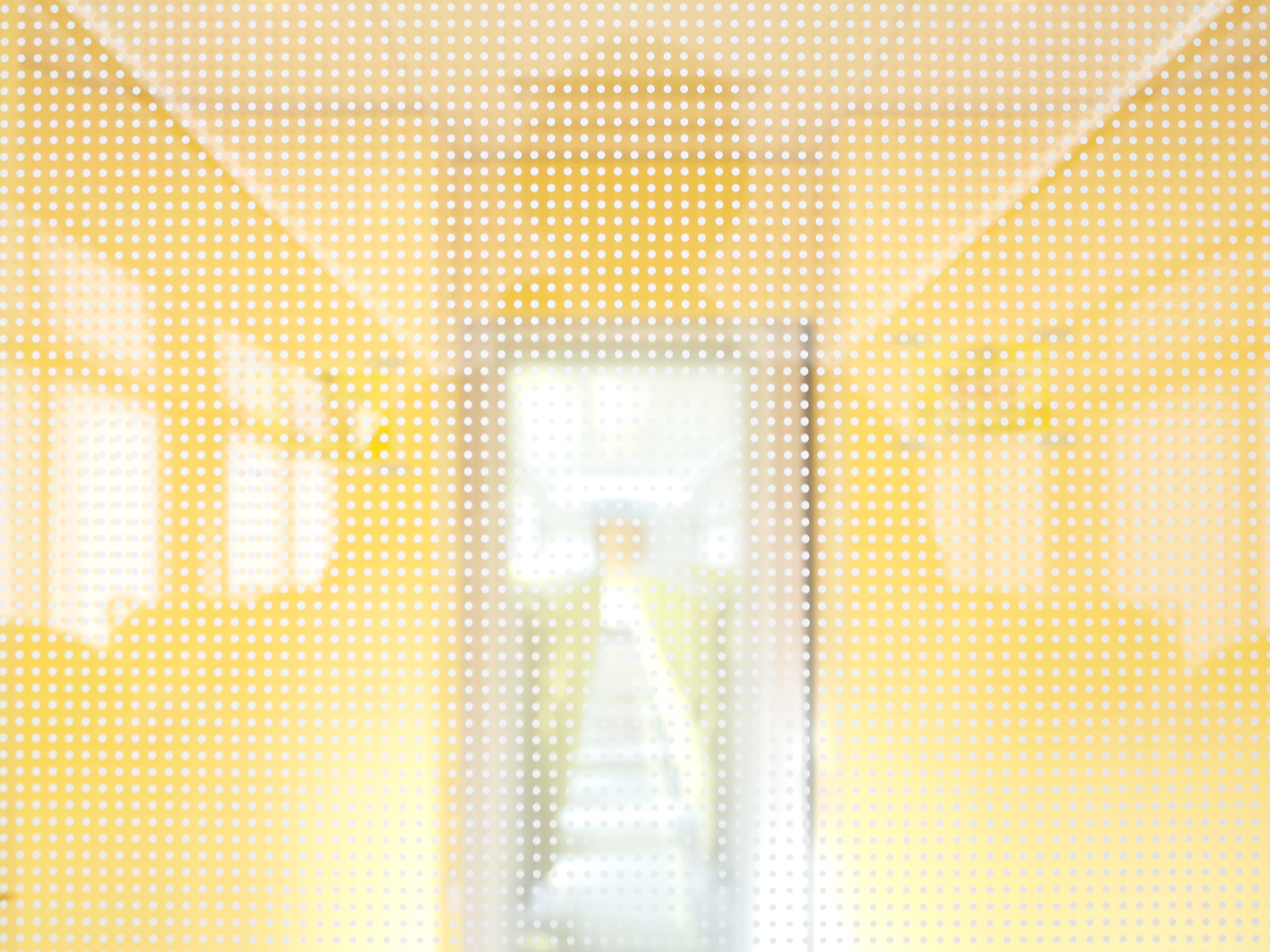 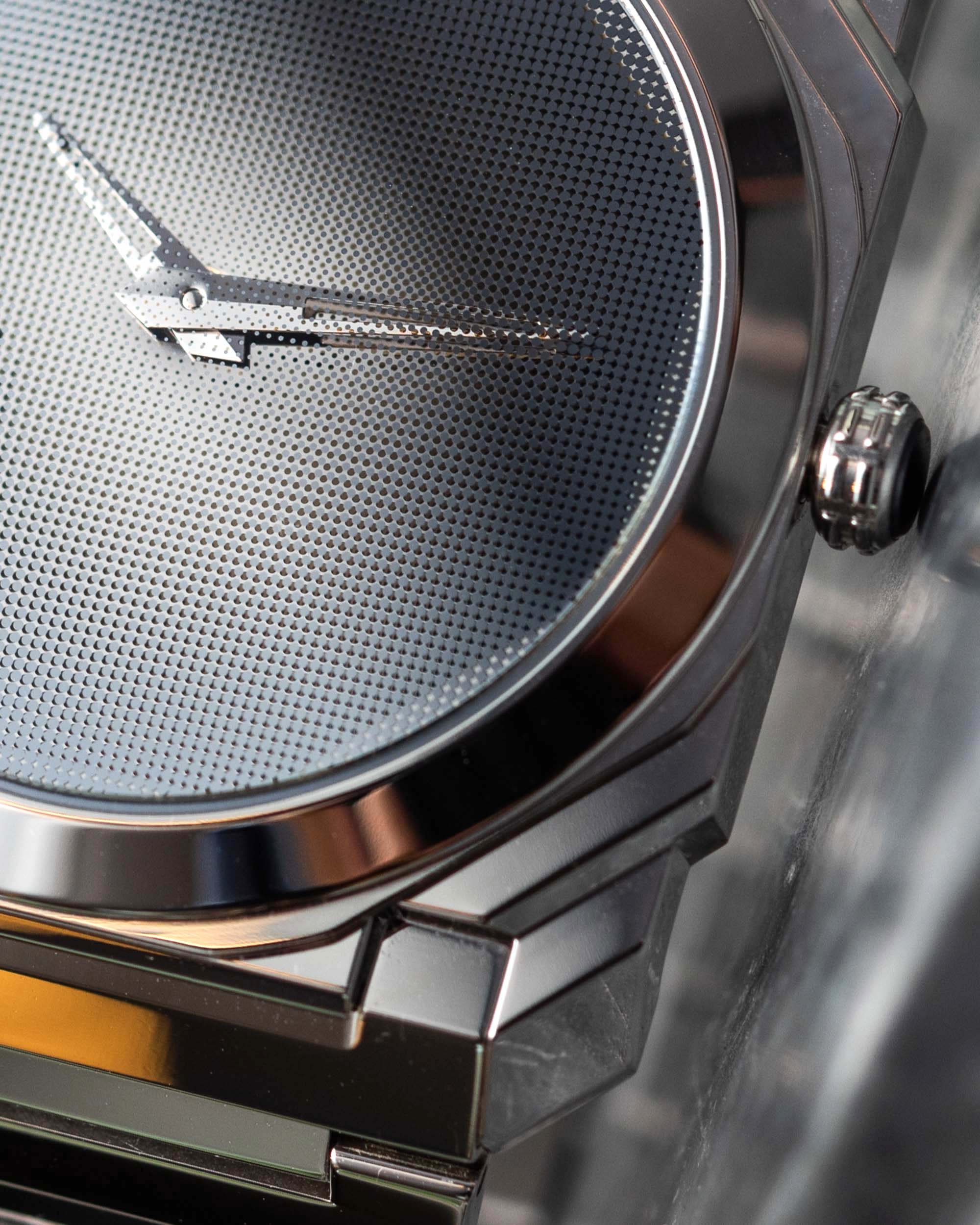 Here’s how the Bulgari Octo Finissimo Sejima Edition is constructed. The dial is polished to perfection and is then covered by a thin sapphire crystal front element that sports a dot pattern also designed by Kazuyo Sejima. Due to their size and the shadow they cast on the dial, from some angles, the little metalized dots look more like tiny columns that bridge the dial and the crystal, adding depth and three-dimensionality that the Octo Finissimo, being so thinly constructed, had previously struggled with exhibiting. The case and bracelet remain the usual affair we have seen from the collection, just polished to shine like there was no tomorrow. Bulgari says even the presentation box is in mirror-polished steel — at least it’ll be easy to find, unlike all those other boring watch boxes you’ve misplaced. 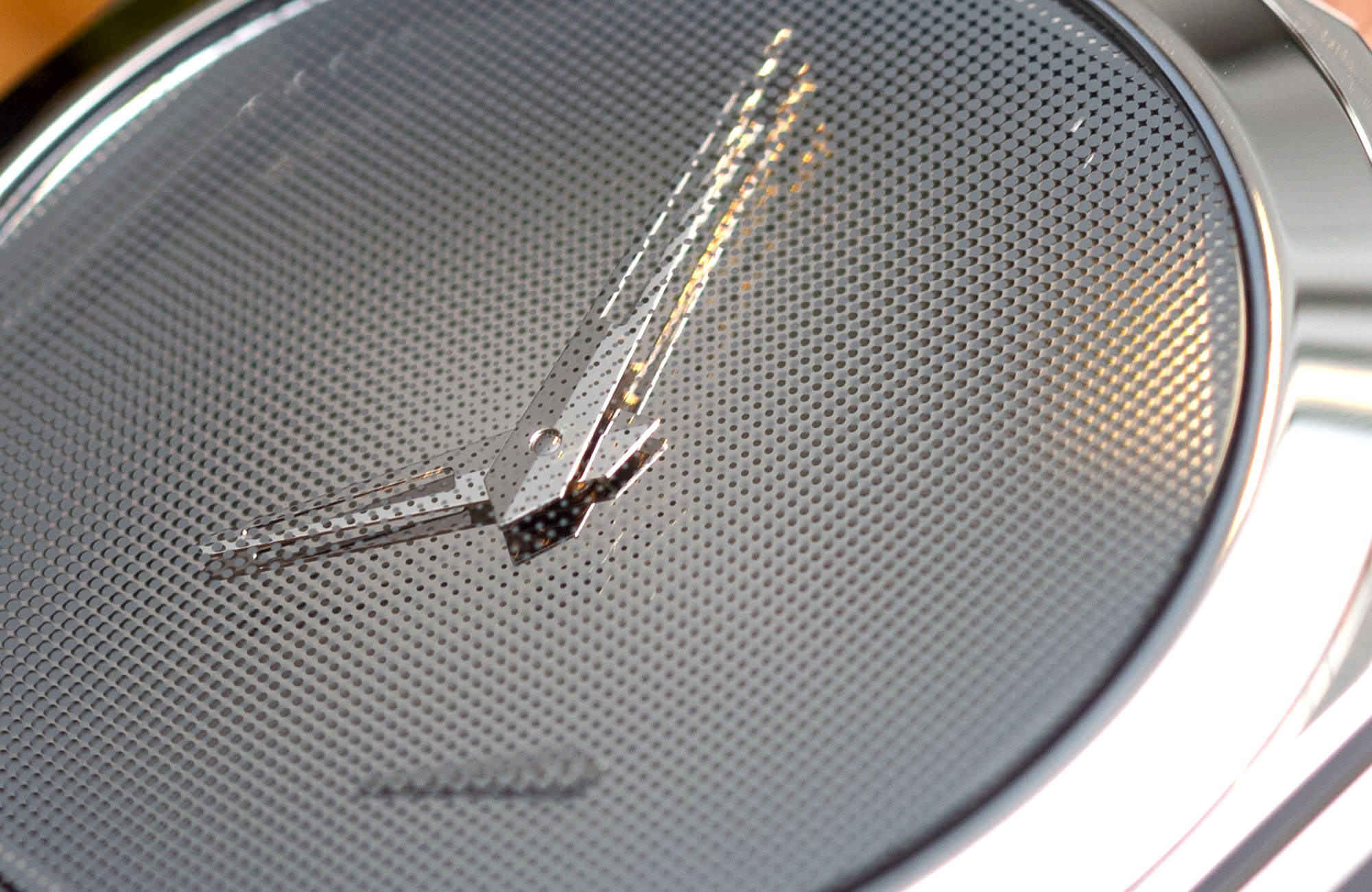 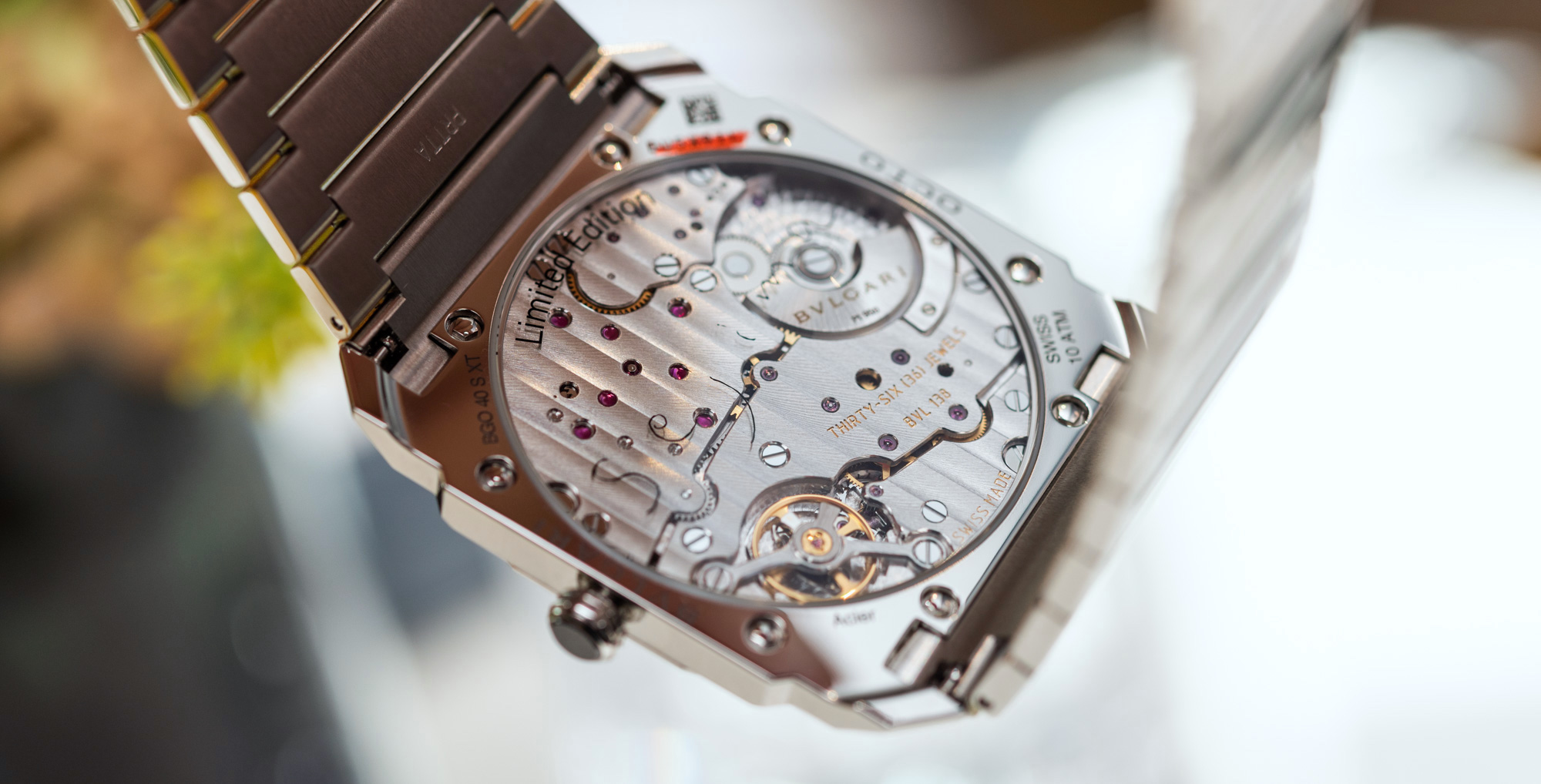 The sapphire crystal caseback has Sejima’s thin and hard-to-see signature, complemented by a rather generic-looking “Limited Edition” text that looks odd and superfluous, frankly. The movement is the Bulgari BVL 138, measuring just 2.23mm-thick and yet offering 60 hours of power reserve and self-winding through a micro-rotor in solid platinum. Operating frequency is 3 Hertz, but that’s a small sacrifice in the eyes of many who’ll favor the extended power reserve — operating frequency and power reserve are inversely correlated. 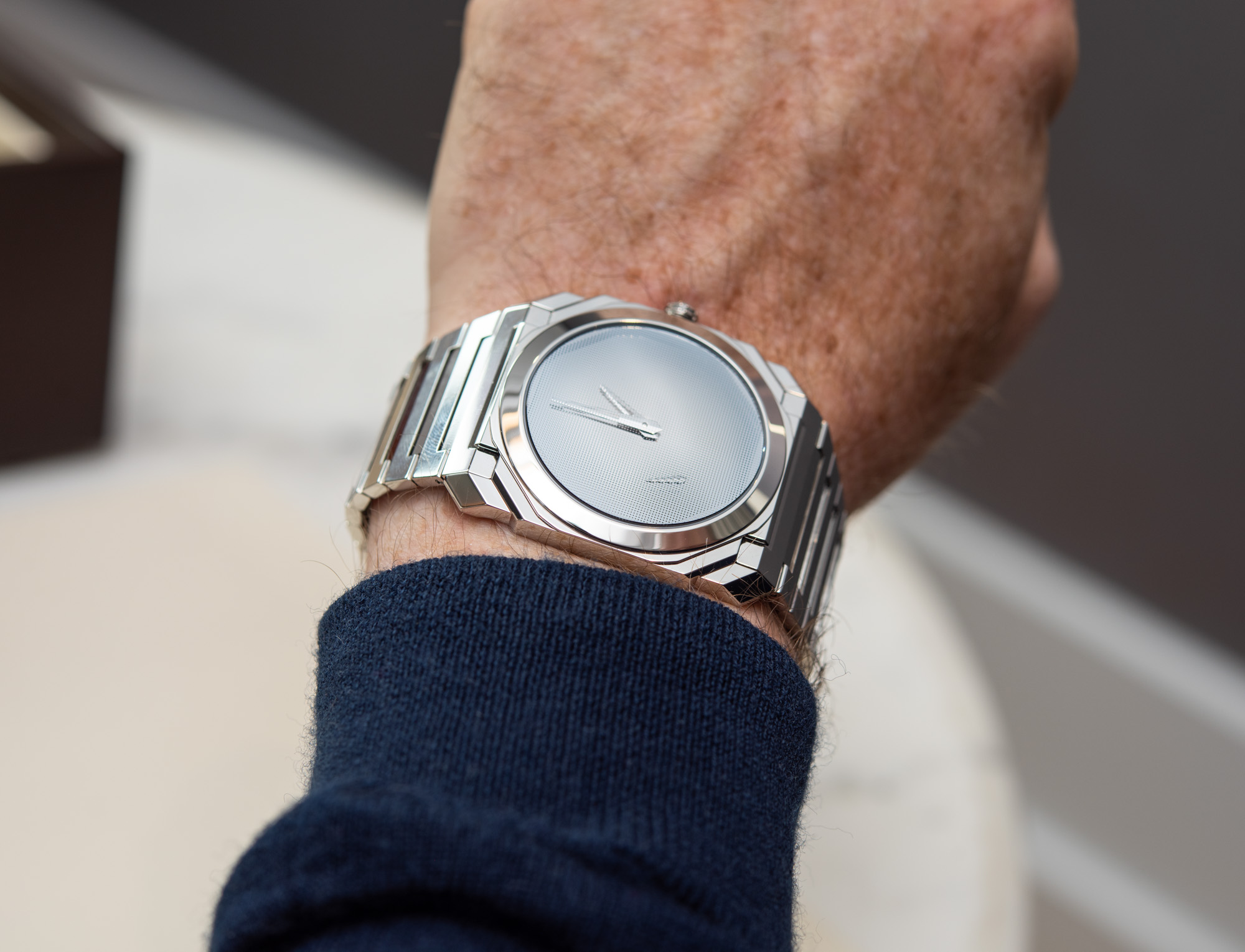 On the wrist, the Bulgari Octo Finissimo looks like nothing else — it is instantly recognizable and also impossible to mistake for any other creation. Its Sejima Edition ups the ante and turns this concept up to 11 (maybe 111), by making it the most noticeable watch in any room. Frankly, as hilariously backward as such a shiny watch is, the overall concept is genius, if for no other reason than because it is the one that has, at least for me, really solidified the Octo Finissimo’s iconic status. I explain the notion behind this in greater detail in my Konstantin Chaykin Joker review. Suffice it to say, for now, that the extent to which a product can be stretched into fun and limitless conceptuality is a key indicator of the strength and status of the product. Just try to picture a run-of-the-mill dive watch or chronograph presented like this. It would look ridiculous because of the heavy reliance on established “face value” — it takes immense confidence and a unique character to be able to exceed one’s limits this far. 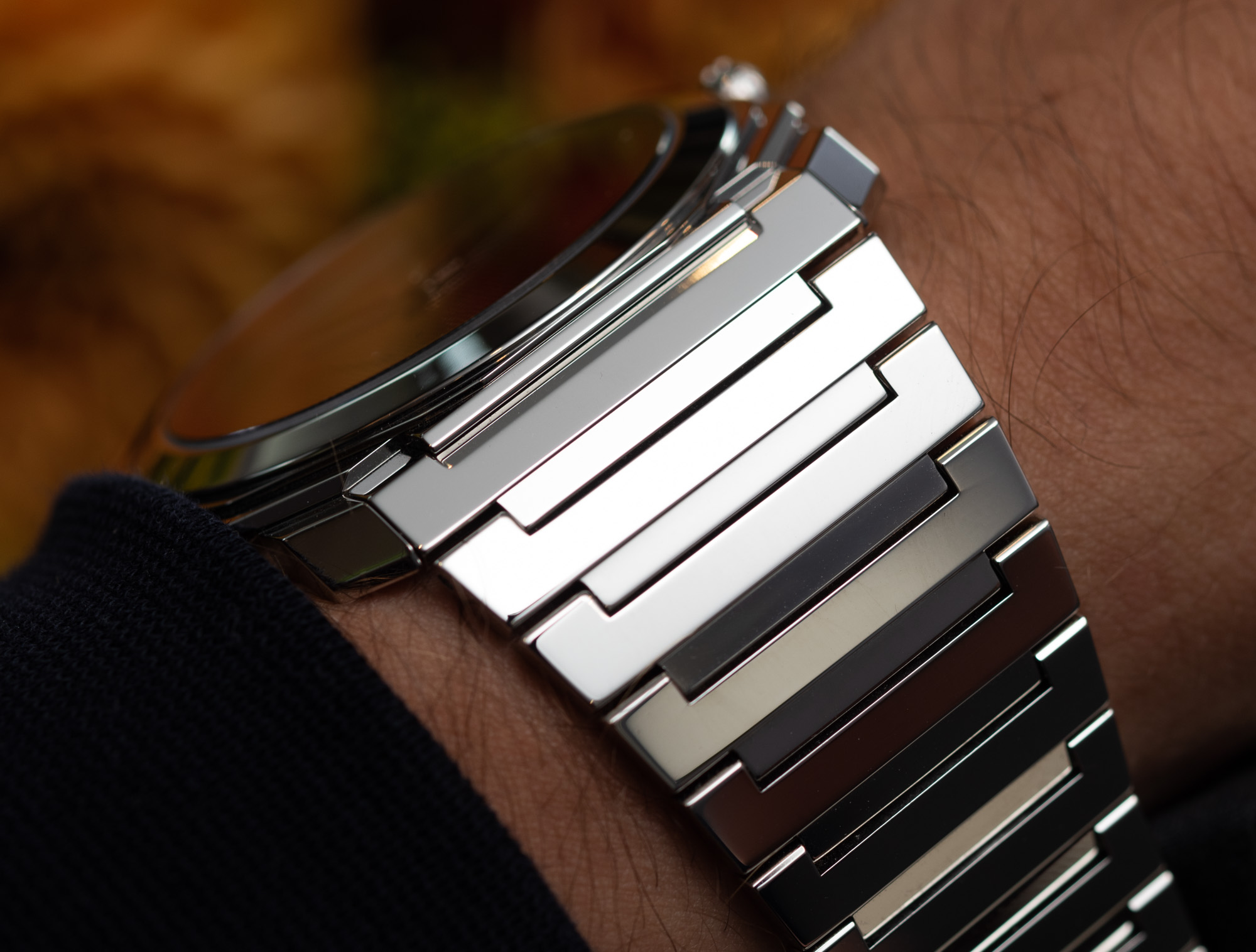 It would be easy for Bulgari to copy others and display the Octo Finissimo as “the pinnacle of Italian style,” “the epitome of horological refinement,” or whatever other regurgitative, insecure nonsense you can think of — and have no doubt seen attached to historic products claimed to be “iconic.” With this no-holds-barred edition, surely the most outrageous yet, the Octo Finissimo has shown how powerful its ultra-thin design truly is. The Sejima Edition’s concept and execution are brilliant because they are built on an ultra-thin watch, with its thin bracelet links, low volume case, and its consequent ability to partially hide under a sleeve (as opposed to constantly begging for attention like 16-17mm “Offshore” luxury watches). The only real worry with this piece, beyond legibility, would be the duty of keeping it very clean, or developing the ability to enjoy it fully even when it’s covered in smudges, fingerprints, and specs of lint. 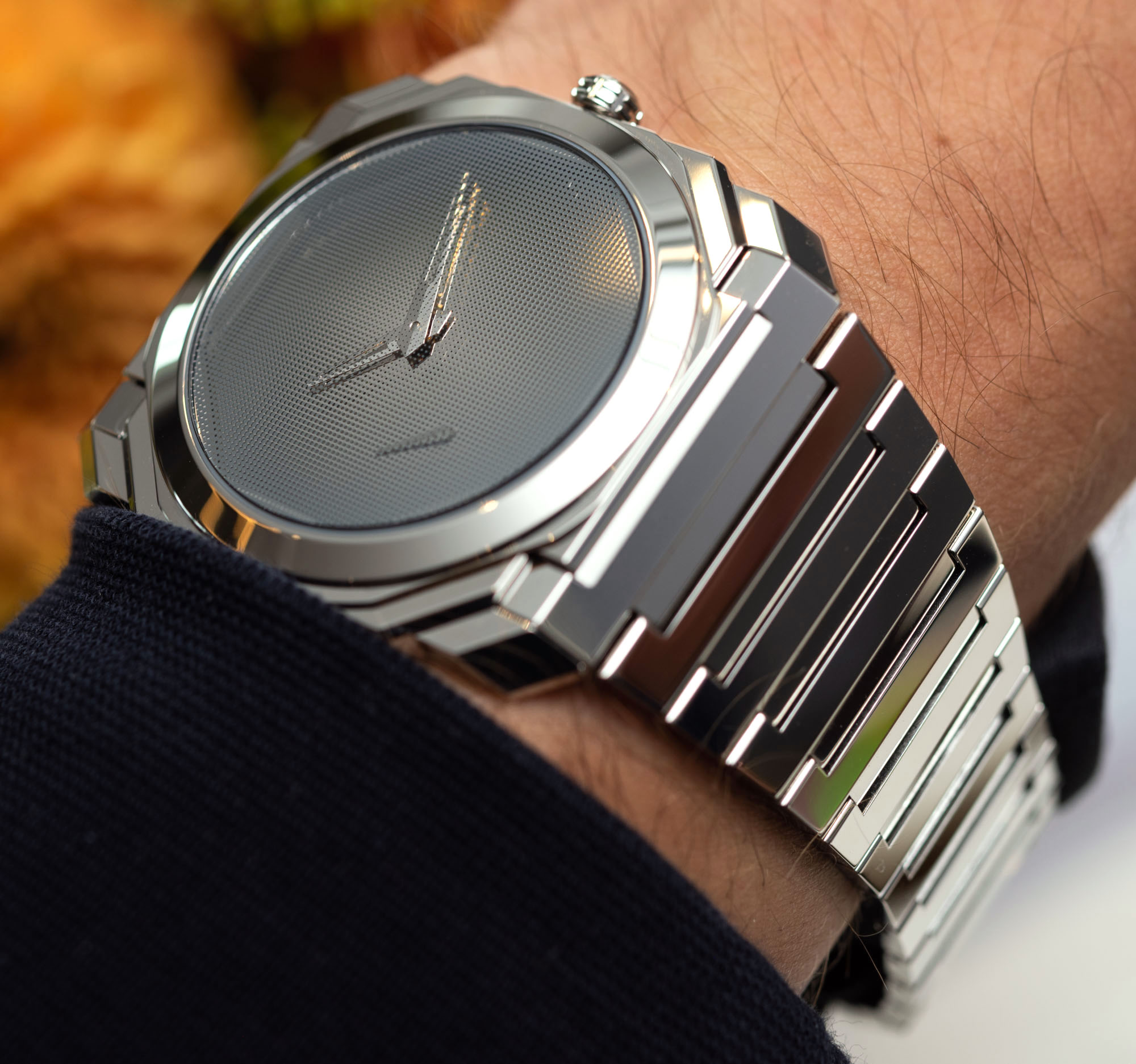 The Bulgari Octo Finissimo Sejima Edition is a watch of incredible contrast: It’s super-thin yet super visible; it’s meant to be invisible and yet can be seen from space; and it’s a luxury watch yet it doesn’t take itself too seriously. Irrespective of whether we, hardcore watch lovers, like it or not, it is a brilliant moment — the sort that requires a rare collaboration between an Italian company and a Japanese architect to happen.

The Bulgari Octo Finissimo Sejima Edition is priced at $14,100 USD and is limited to 360 pieces. Learn more by visiting the brand’s website.