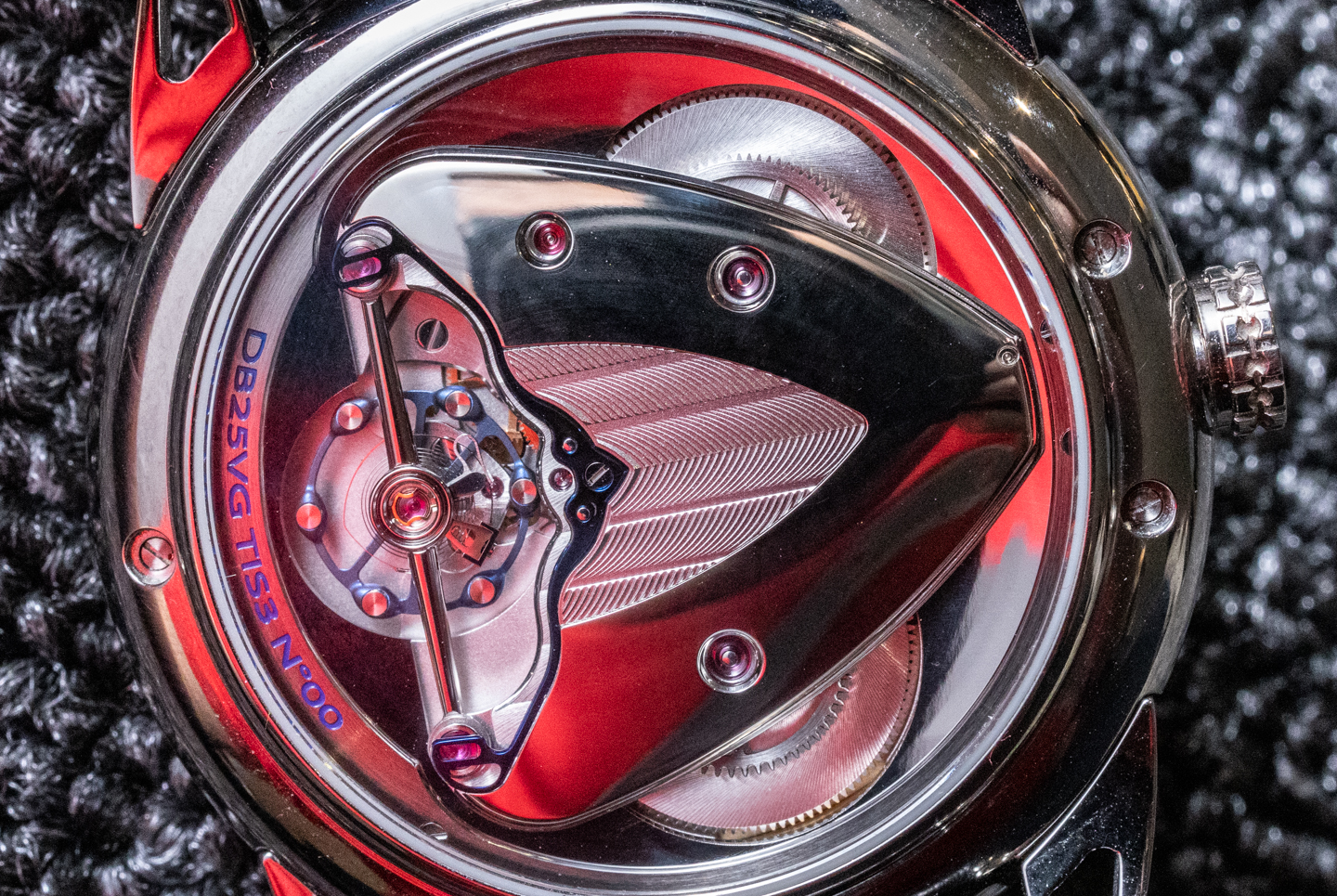 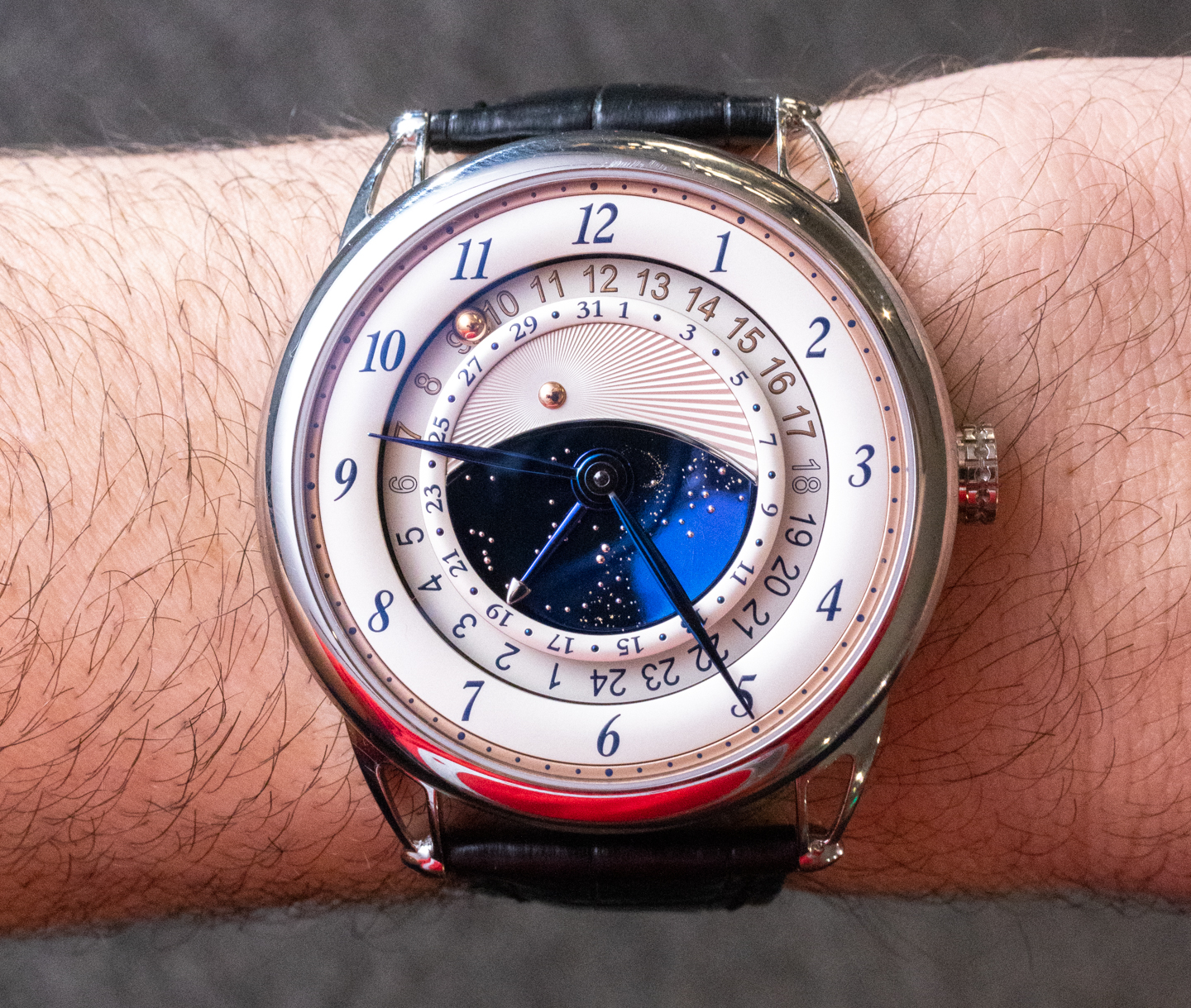 Two of the more interesting facts I learned about this recent De Bethune DB25 GMT Starry Varius watch are that it contains the brand’s 29th in-house movement and that it is a travel watch that the brand designed while no one was traveling during the lockdown phase of the COVID-19 pandemic. The best timepieces are often those that dream a little, especially when it comes to imaginative luxury watches from prestigious and and innovative Swiss watch brands such as De Bethune. While visiting with the brand at Dubai Watch Week 2021, I got to experience the lovely new DB25 GMT Starry Varius timepiece for myself.

Set in the brand’s extremely comfortable, and also simple, 42mm-wide DB25 case in high-polished titanium with hollowed-out lugs, the DB 25 GMT Starry Varius is a variant on the DB25 World Traveller watch that introduced the “sphere hand” GMT indicator. The case is 11.8mm-thick, but you do get to enjoy a rich level of visual depth both for the dial and the movement side of the visual presentation. The dial is interesting with an asymmetric center motif that combines elements of gold with blued titanium. The motif display has a golden semi-orb with rays emanating from it that I believe represent the sun in the upper section. The larger lower features a starry sky complete with what De Bethune says is a representation of the Milky Way. To me, the dial looks a bit more like the sun setting in the background while the foreground is a nightscape of earth with small lights representing glowing city centers. 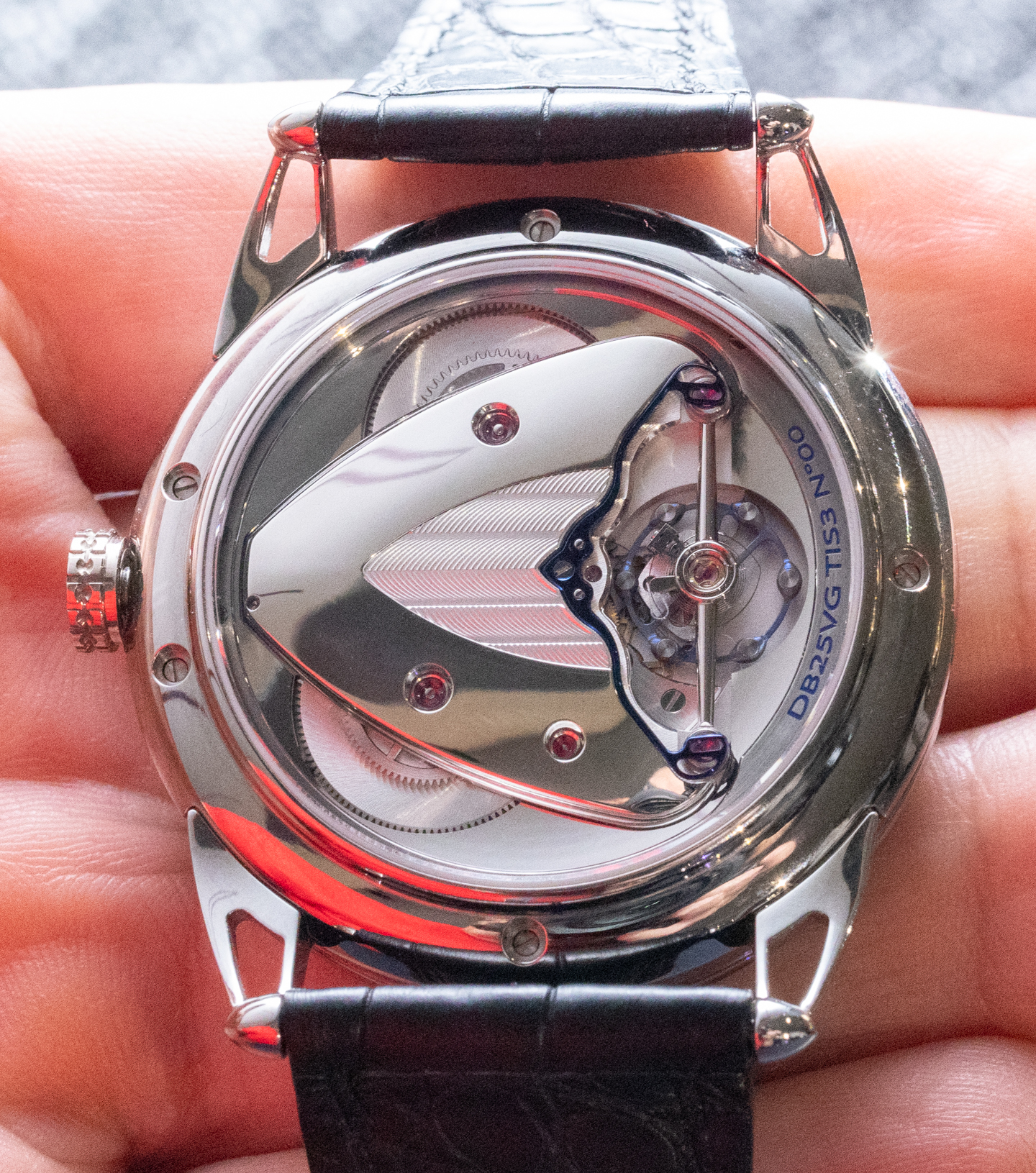 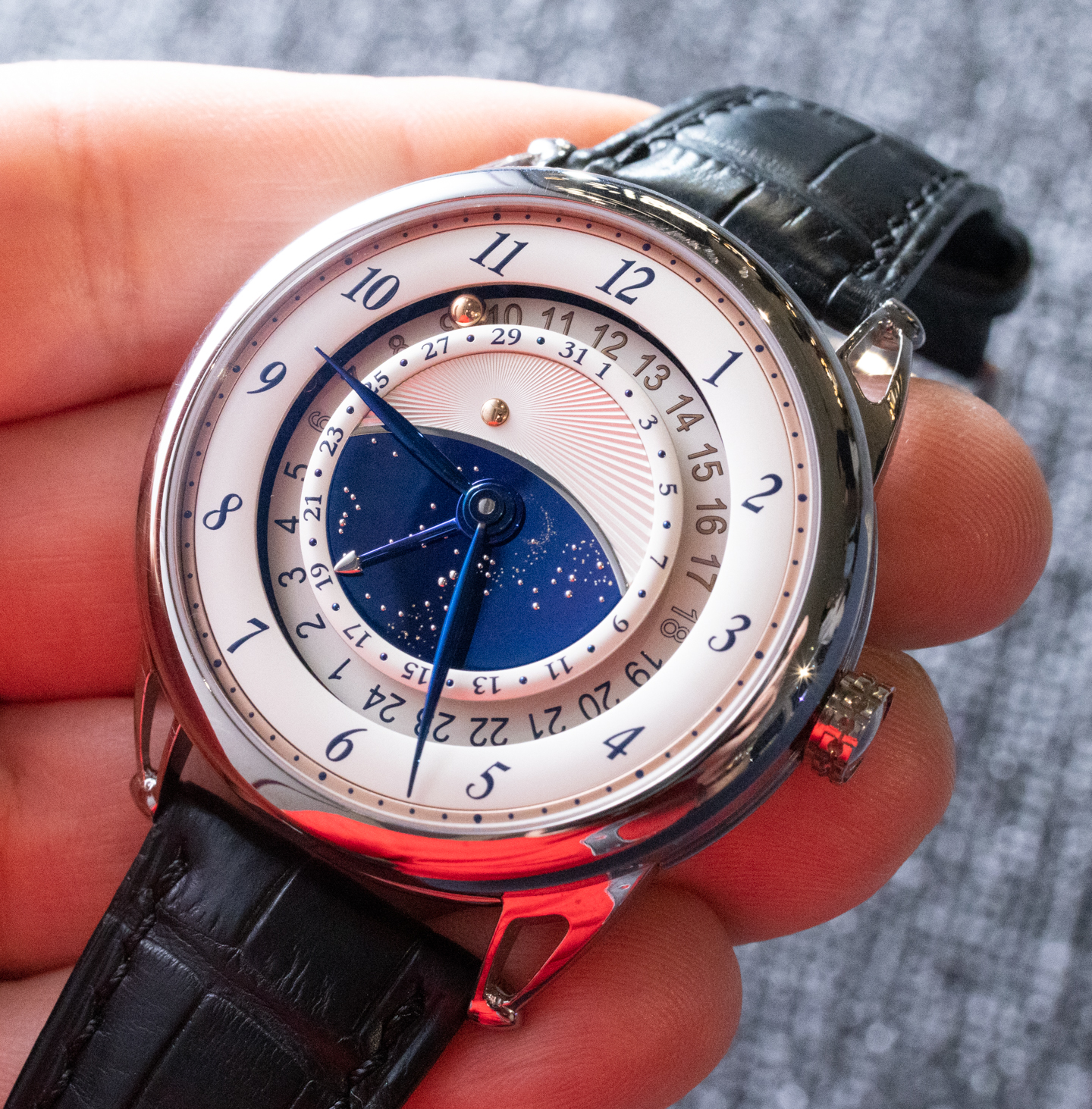 The center of the dial also has a pointer date indicator hand. The hour and minute hands are in blued steel, and they track a very elegant and traditional scale of Arabic numeral hour markers. Set into a trench around outer-center of the dial is a gold and blue sphere that acts as the GMT hand. It rides over a full 24-hour scale, depicted in numerals that change from one color to another in order to generally represent the difference between daytime AM hours and nighttime PM hours. The hand itself turns over the course of each 24-hour period as an enhanced part of the day/night indicator display, meaning that it appears to be on the gold side during daylight hours and the blued titanium side during night hours, with the sphere in a transitional state when between the two states. This is what I consider to be a rather fun luxury watch animation.

While the watch is very elegant and pretty overall (as most De Bethune dials are), my brain can’t help but stop at the three concentric rings of numerals each printed in a different font. The idea behind using a different font is that doing so will help the brain recognize what the distinct information rings are for and not confuse them. If they were all in the same font, it would be more easy for the brain to confuse what you are looking at. So, from a tool watch perspective, De Bethune made the right decision to use three different fonts. From a fashion perspective, the contrast among the different fonts can be interpreted less elegantly. It is often hard to make everyone happy when it comes to both form and function in a novel time-telling instrument. 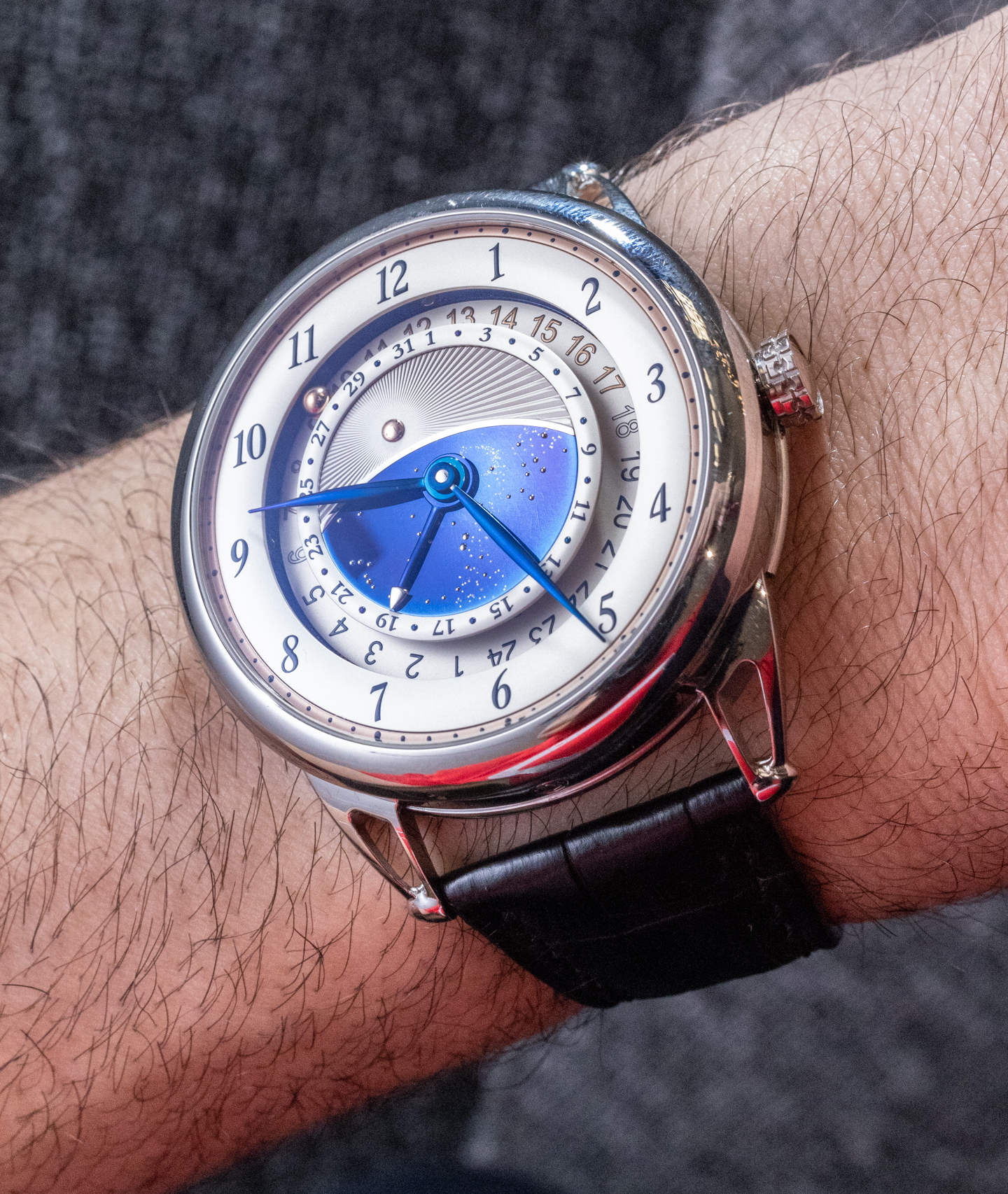 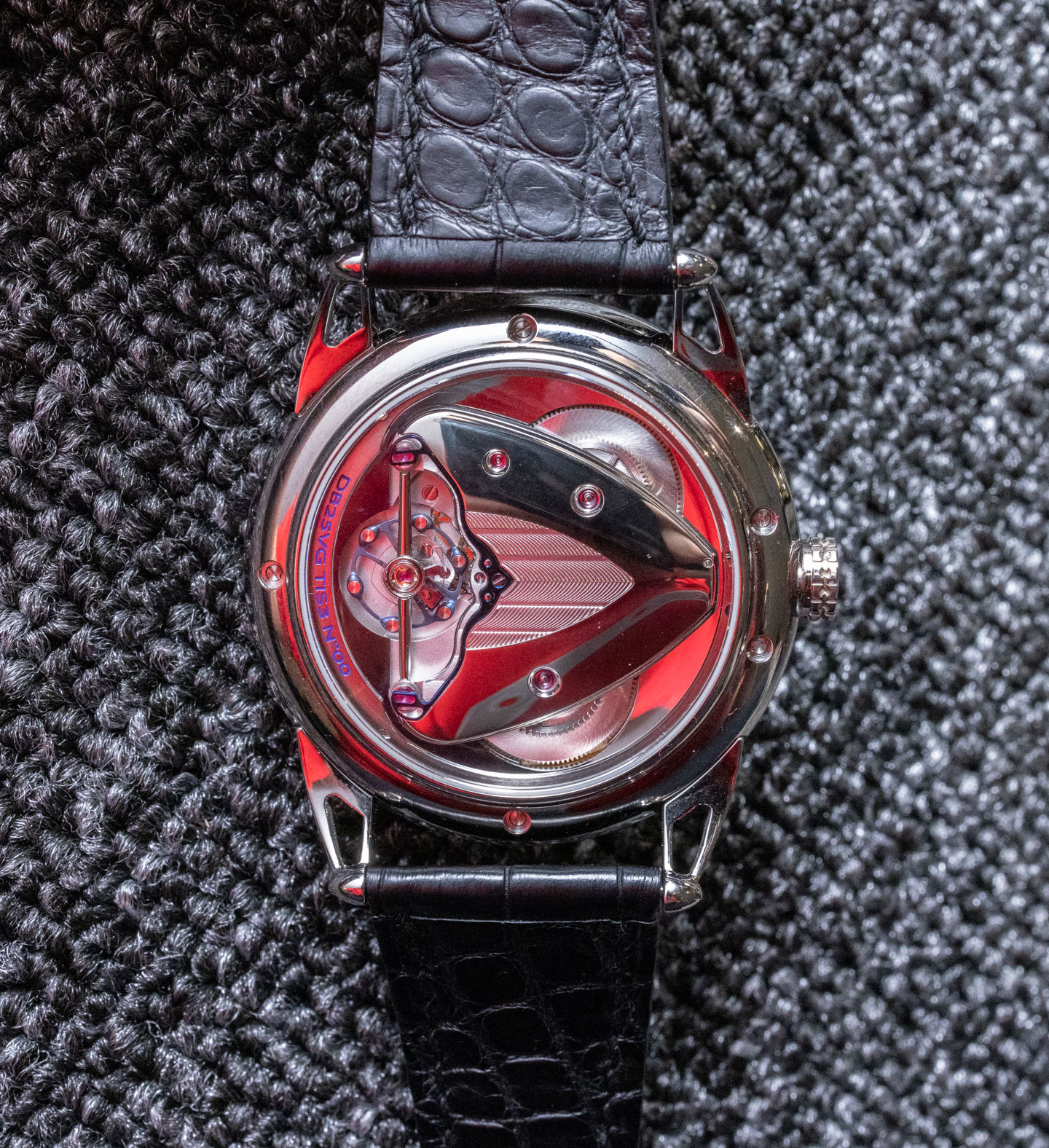 For what it’s worth, the GMT hand is fun to read in this way. The sun-style GMT hand is interesting to see as a sphere moving over the numeric scale, so this watch wins big on novelty value. I also like that there is a hidden arm for the indicator, as my biggest complaint about GMT watches is the distraction of having the extra hand in the middle of the dial. That’s a bit ironic because even though De Bethune removed the distraction of the full GMT hand in this watch, there is the addition of the pointer-date hand, which sort of replaces the extra hand I didn’t want to be there in the first place. At the same time, the dial doesn’t have a seconds hand, which I know a fair number of wearers would be interested in. Accordingly, the DB25 GMT Starry Varius is an interesting experiment. De Bethune is trying something new but also something that the company might very well improve upon or refine in future wristwatch model variations.

For this new movement, De Bethune developed the caliber  DB2507, a manually wound mechanical movement operating at 4Hz with five days of power reserve between two “self-regulating” mainspring barrels. The movement is rather complicated despite its straightforward operation and is comprised of 368 parts. The movement uses materials uncommon in most other mechanical watch movements, including steel. Rather than plated brass plates, most of the caliber DB2507 is produced from steel and then given a lavish hand-polishing. 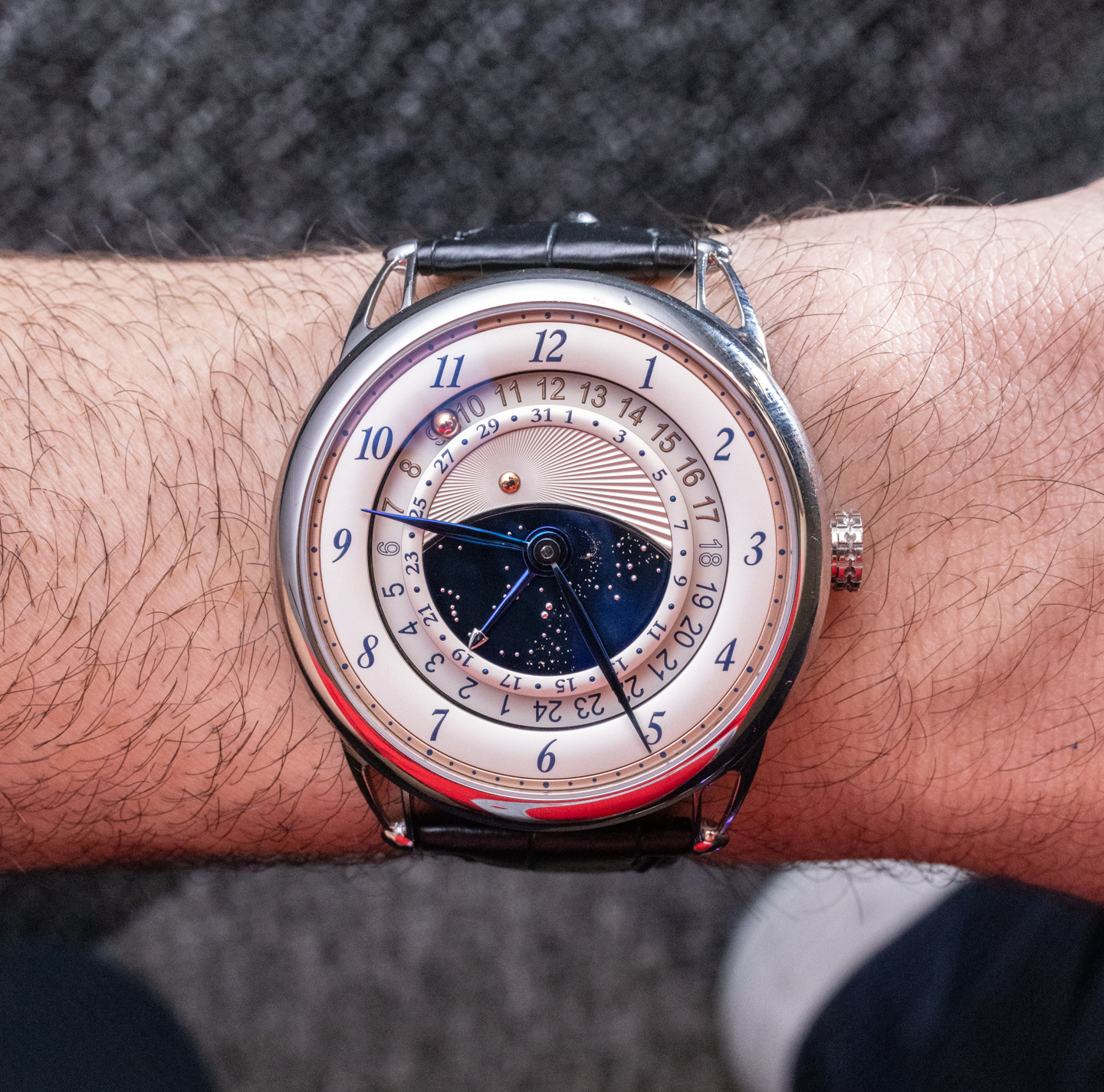 The regulation system uses a mostly titanium balance wheel (with gold weights) along with an accompanying titanium hairspring. It is held in place by a titanium bridge. The escapement wheel is produced from silicon. Much of the movement is patented and/or developed in-house by De Bethune, in addition to being manufactured and assembled by them. A pusher is used to adjust the date, while the time and 24-hour second timezone are all adjusted via the main crown. De Bethune points out that the GMT indication can be adjusted either forward and backwards (as many such systems can only be adjusted in one direction).

Attached to the case is an excellent quality black alligator strap. As a GMT watch, the DB25 GMT Starry Varius is an interesting concept and beautiful from many angles. It actually manages to be a rather decent traveling watch with a formal twist in a way that many other GMT watches don’t have. De Bethune has produced GMT watches before but they’re not always thought of as travel timepieces. If the DB25 GMT concept is successful, I think it is safe to say that more likely it will be delivered to us from some starry place up above. Price for the reference DB25VGTIS3 De Bethune DB25 GMT Starry Varius is 105,000 Swiss Francs. Learn more at the De Bethune website here.