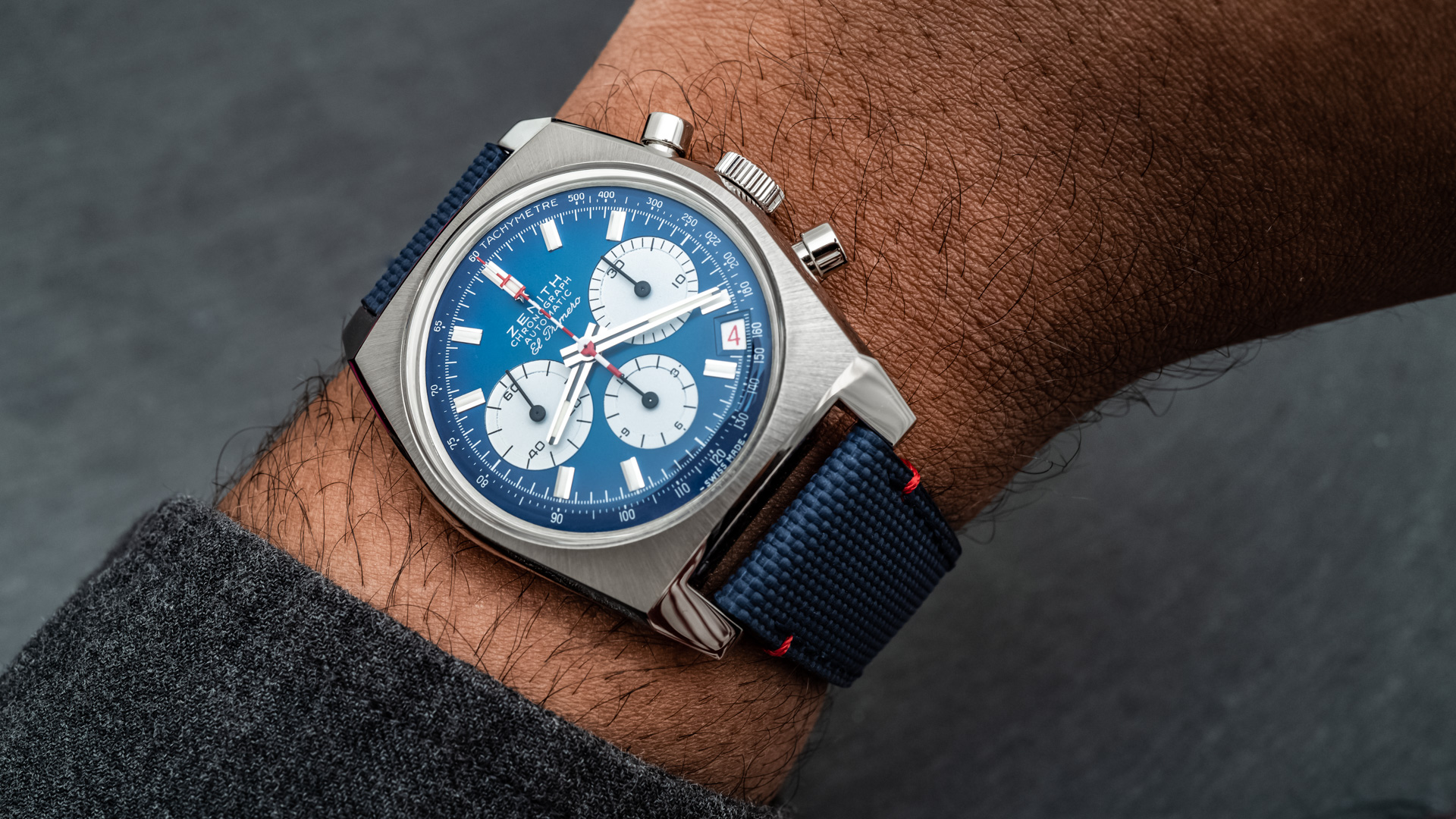 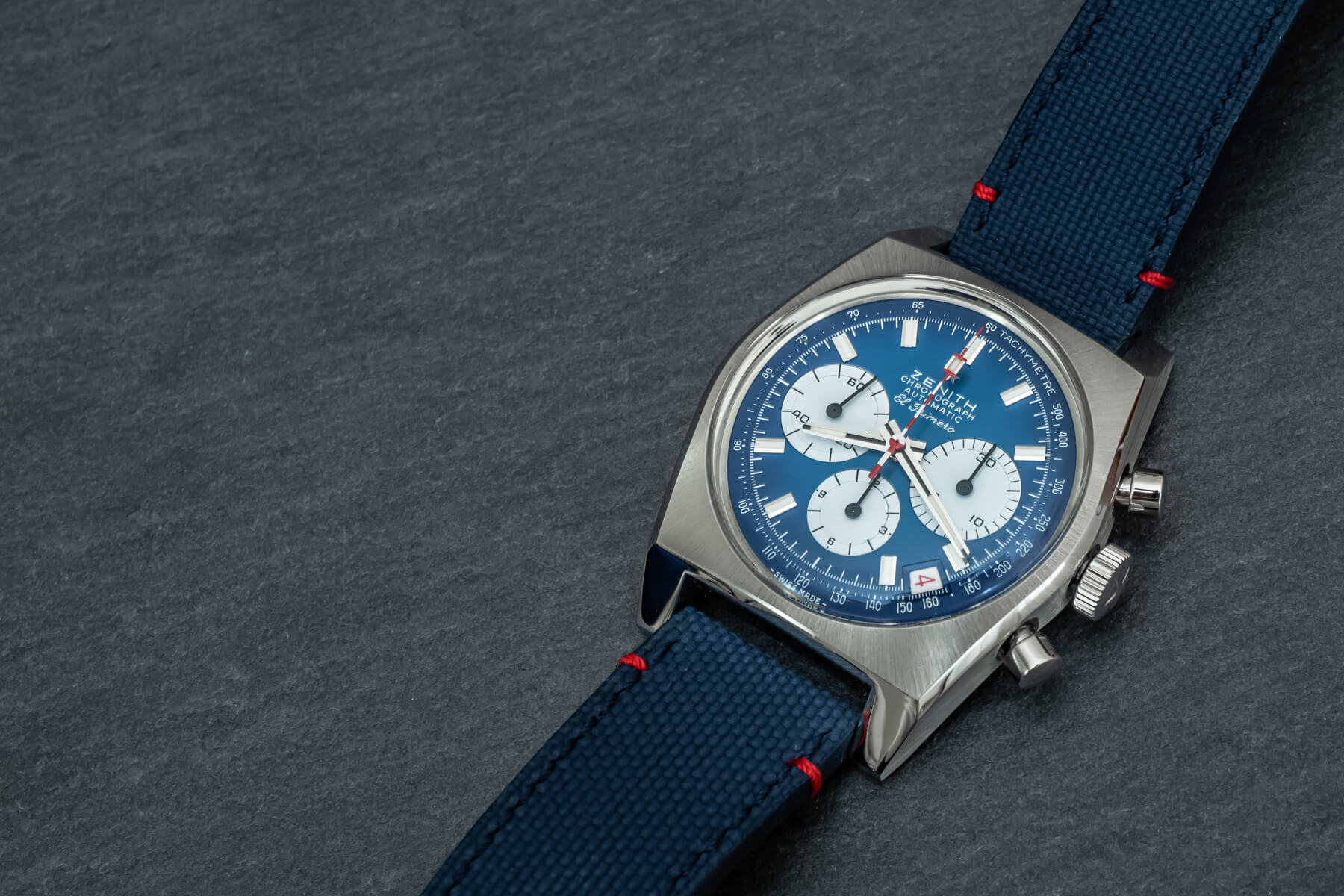 Just released by Zenith is this Chronomaster Revival “Liberty” watch that evokes 1960s Americana and is, understandably, a North American limited edition of 150 pieces. The Zenith Chronomaster Revival Liberty goes all in with the red, white, and blue without going overboard. Pairing the A384 Revival case with a beautiful gradient blue dial is a formula that doesn’t need to push the envelope, and the result is casually alluring in the best and most seemingly effortless way. 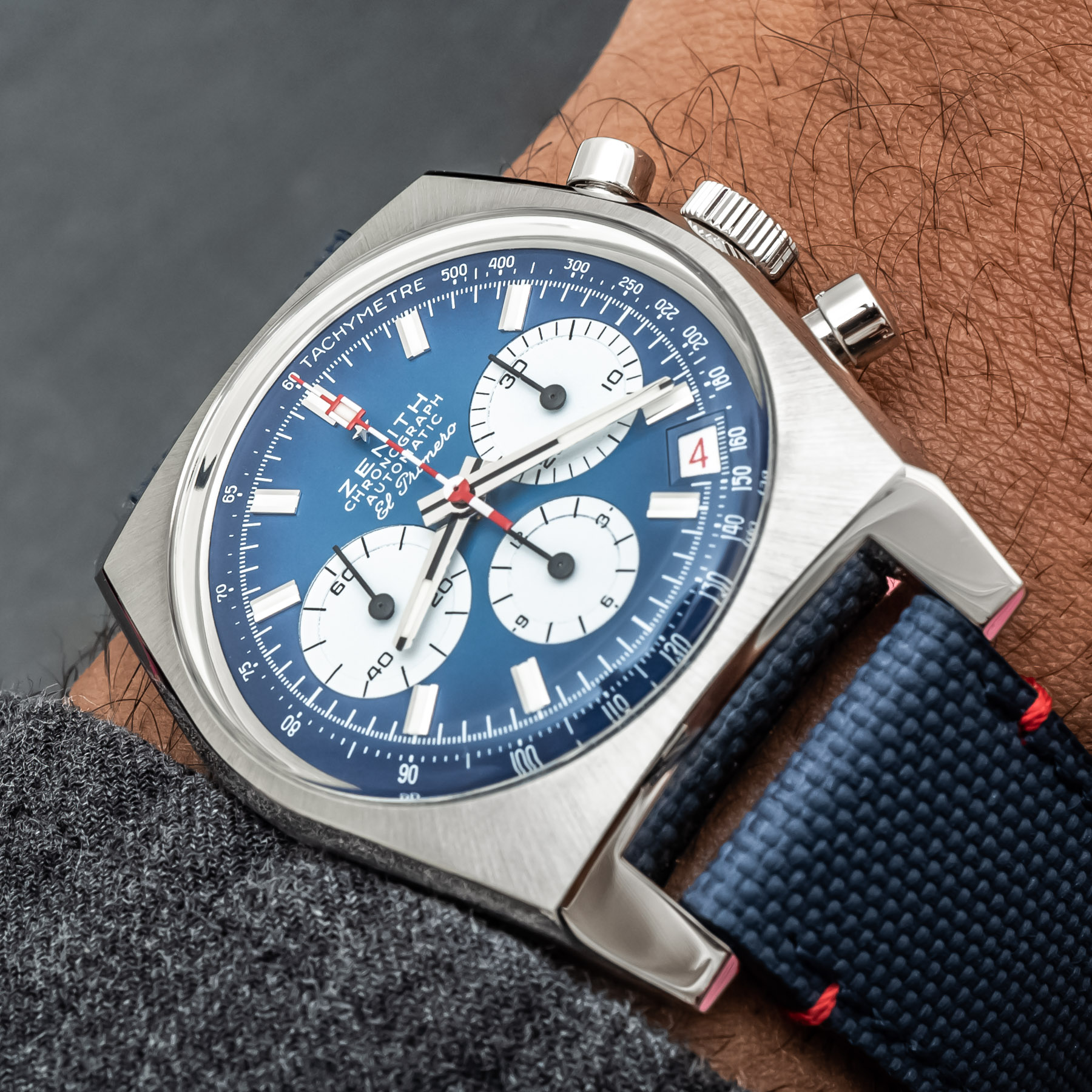 This isn’t the first Zenith sporting a red, white, and blue theme for the American market. Last year, the Pilot Cronometro TIPO CP-2 was released in collaboration with the Wounded Warrior Project, though it had a distinctly more “Stars & Stripes” appeal, whereas the Chronomaster Revival Liberty is aiming for more of a 1960’s Americana nostalgia vibe. The TIPO CP-2 was limited to just 50 pieces for the U.S., and this new Revival Liberty is going to be capped at 150 pieces for North America. Personally, I really like that they chose to keep what is one of the most popular dial colors super-limited rather than flooding the market with a sea of, well, blue. 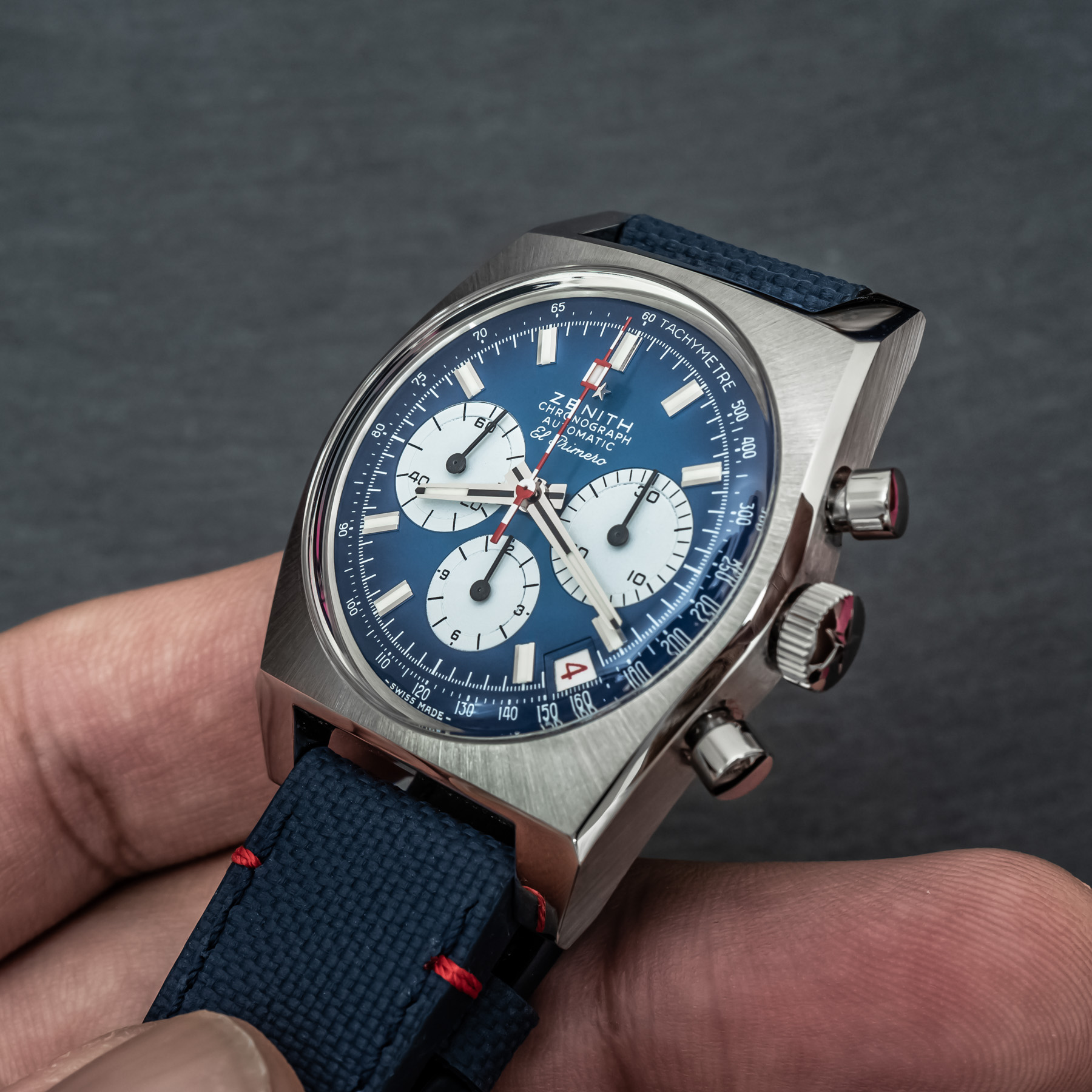 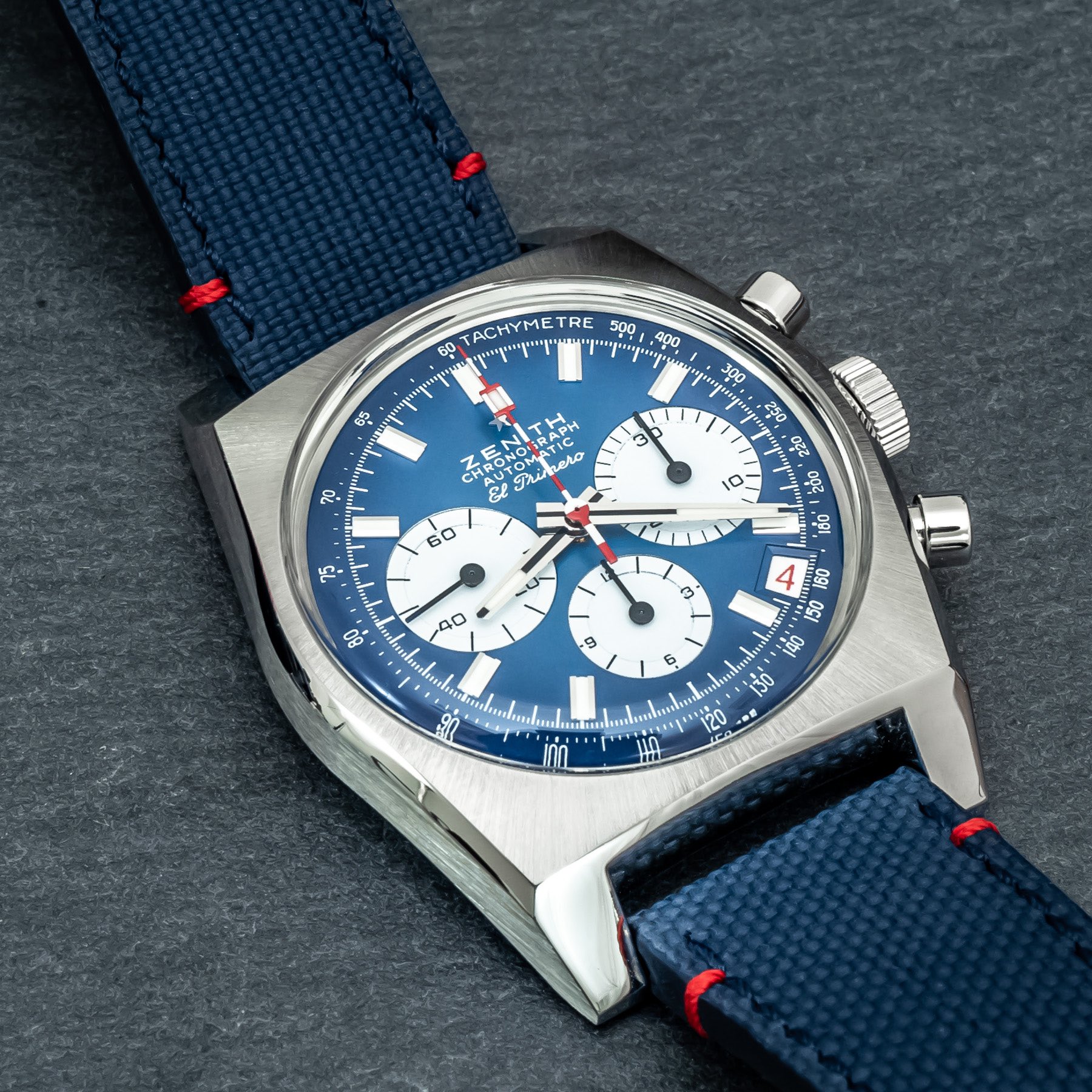 A matte blue gradient dial, white chronograph counters, white date window with red numerals between 4 and 5 o’clock, and that fun red and white striping on the chronograph hands come together in a way that is attractive and cohesive without being too on the nose. And as you can tell from the photos taken at various angles throughout this article, the dial is very legible thanks to a healthy application of AR-coating. 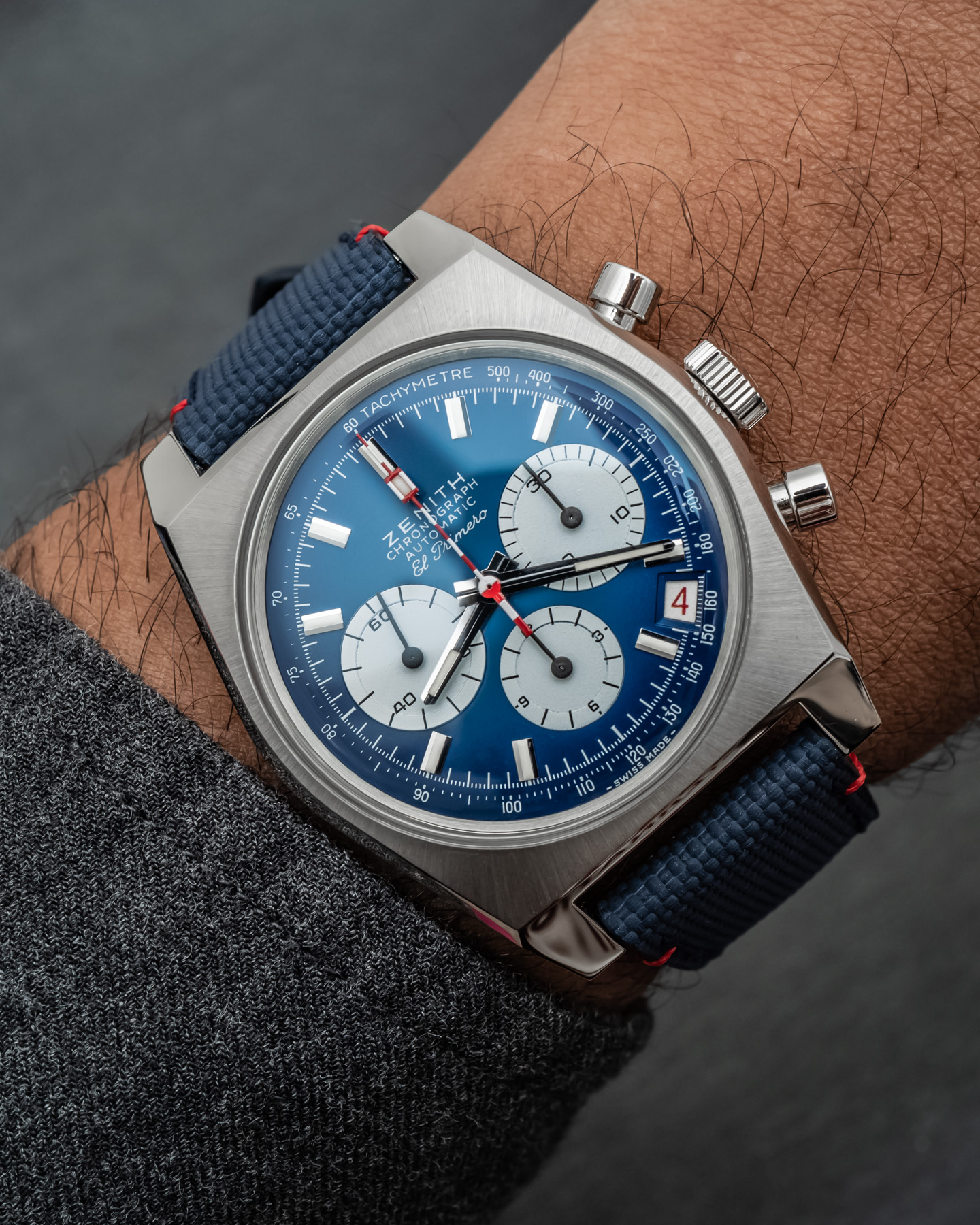 The case here is the same 37mm-wide and 12.6mm-thick case with a 47mm lug-to-lug height as we saw in the A384 Revival. I used to be dismissive of <40mm cases, but in the past couple of years I have made a pretty drastic turn in favor of dimensions like these for the Chronomaster Revival. Not that it was a possibility since Zenith faithfully reproduced the exact case from the 1969 A384, but a bigger case would be obnoxiously loud considering the angular tonneau case and chronograph pushers. Note that water resistance is 50M, which is decent. 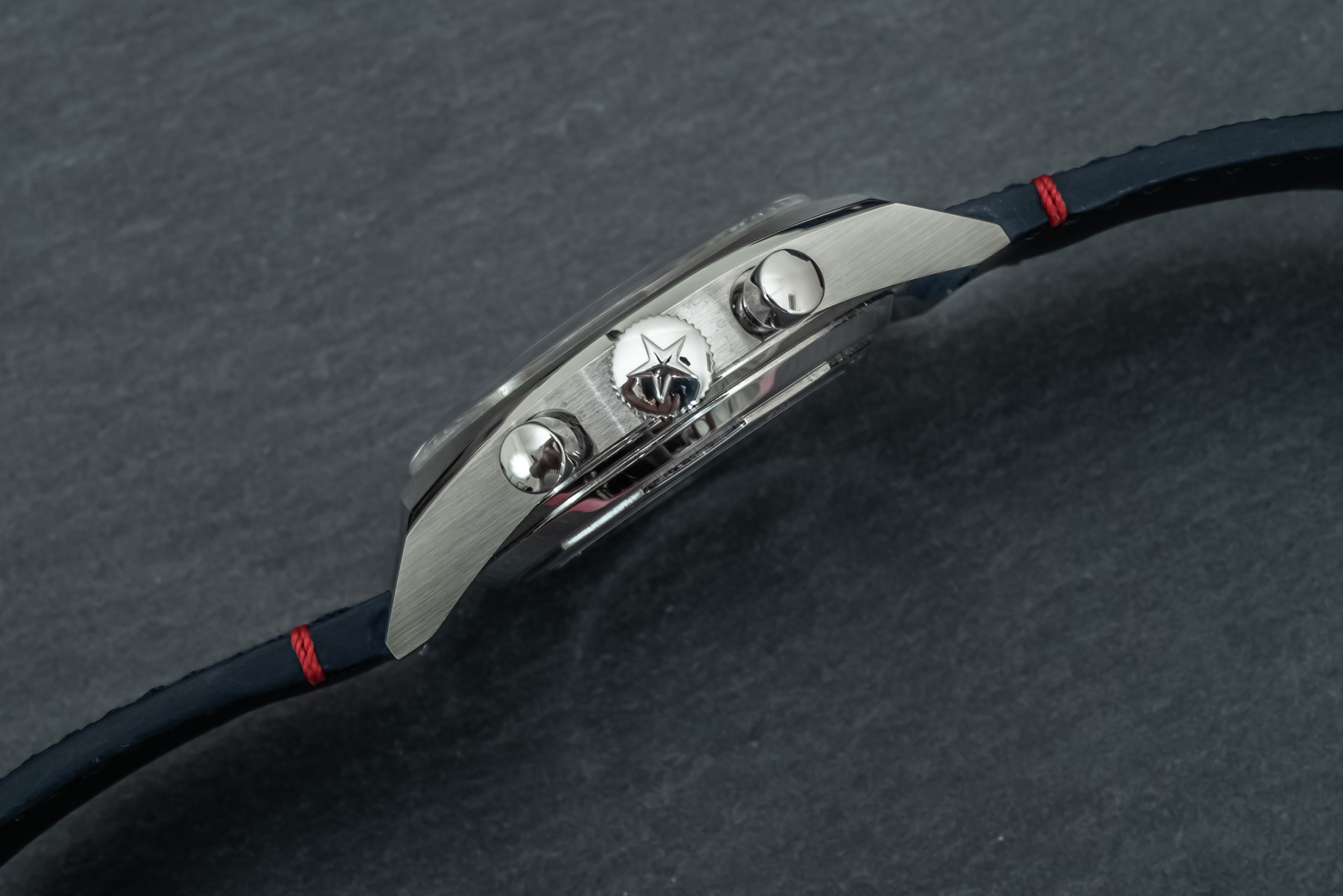 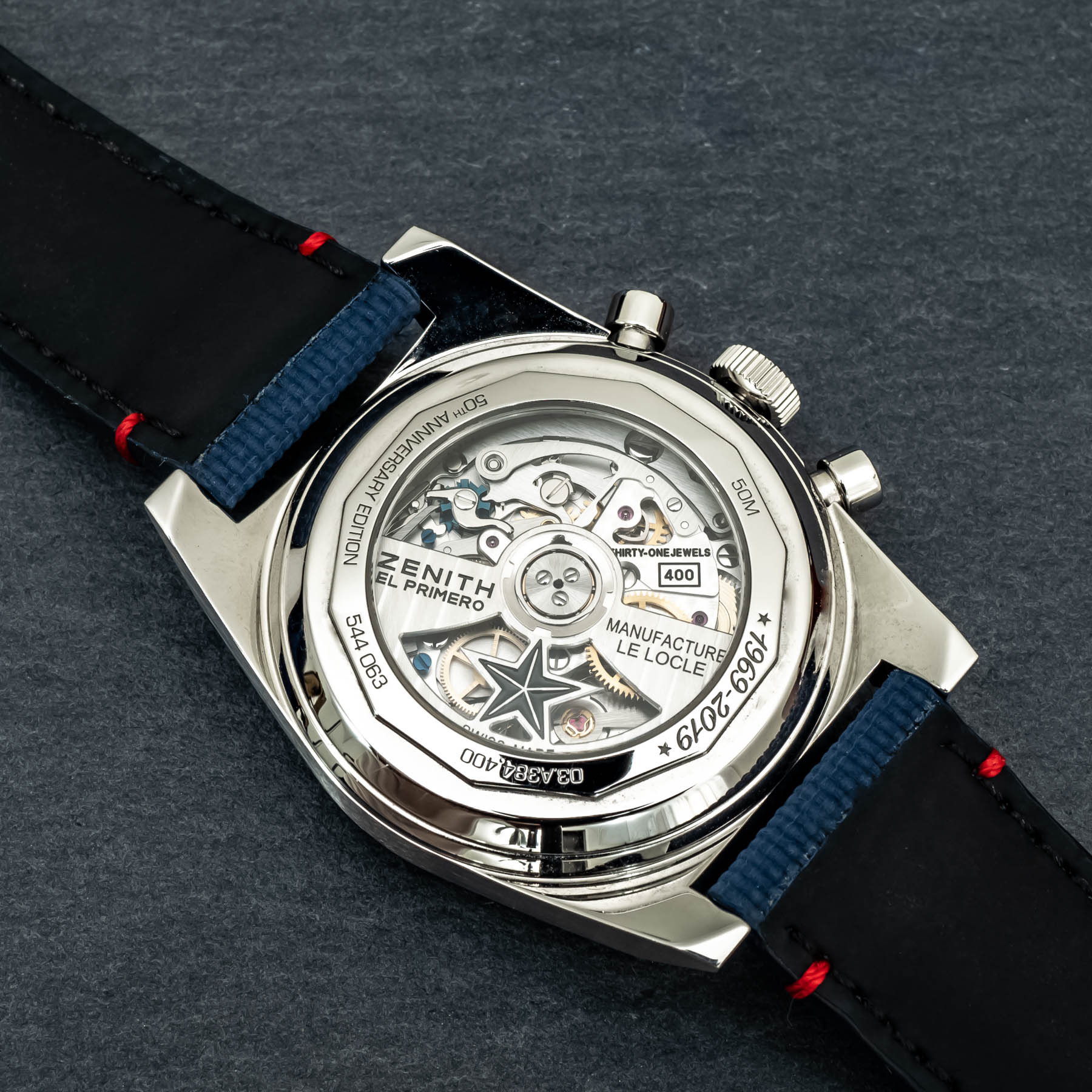 Of course, turning the case over shows the El Primero 400 automatic column-wheel chronograph movement, which is the heir to the now-legendary El Primero 3019 PHC. The high-beat movement operates at 36,000 vph and has a 50-hour power reserve. 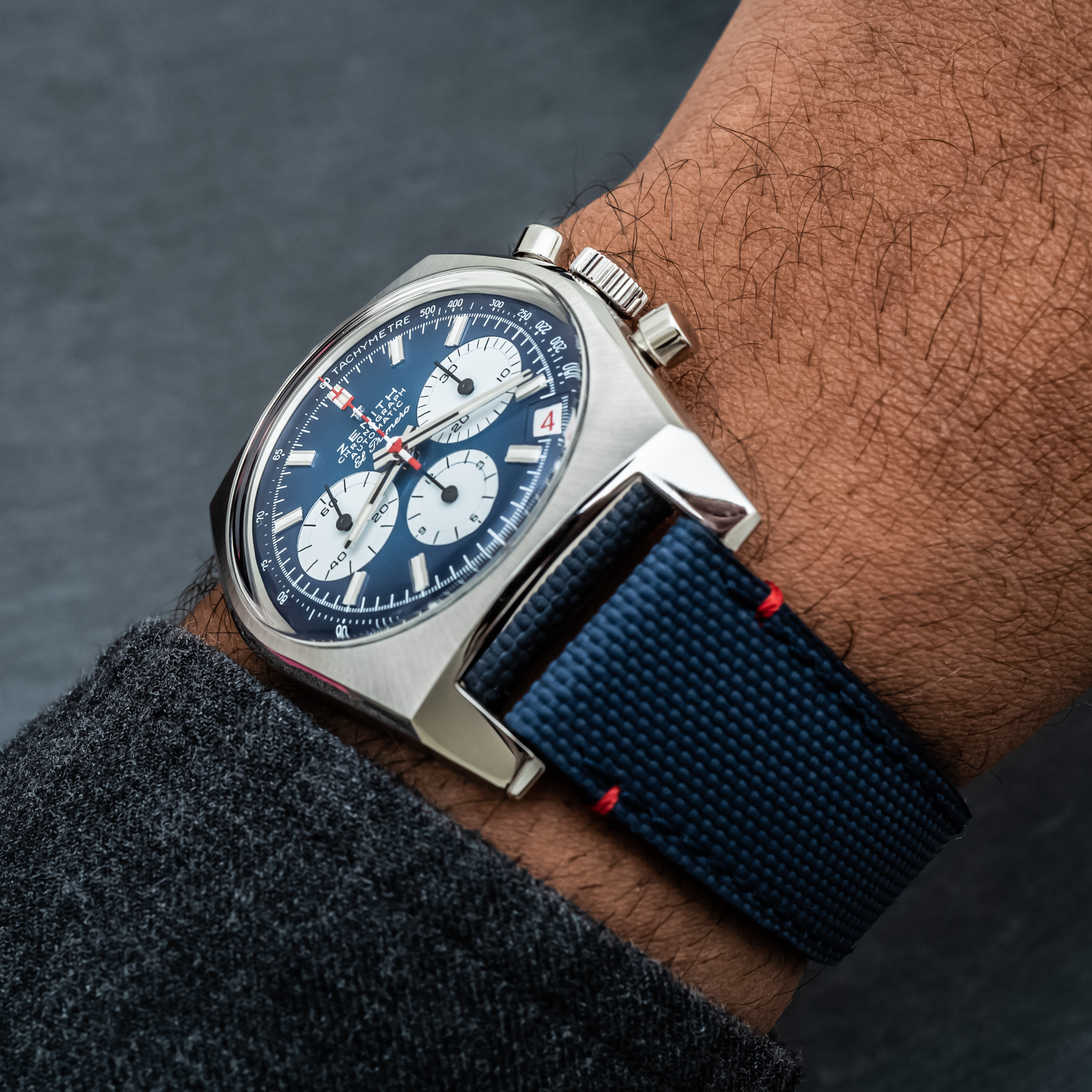 Wrapping up the Zenith Chronomaster Revival Liberty theme of red, white, and blue is the matching strap. The blue “cordura effect” strap has red stitching and looks pretty perfect here, helping the watch achieve a sense of thematic cohesion.