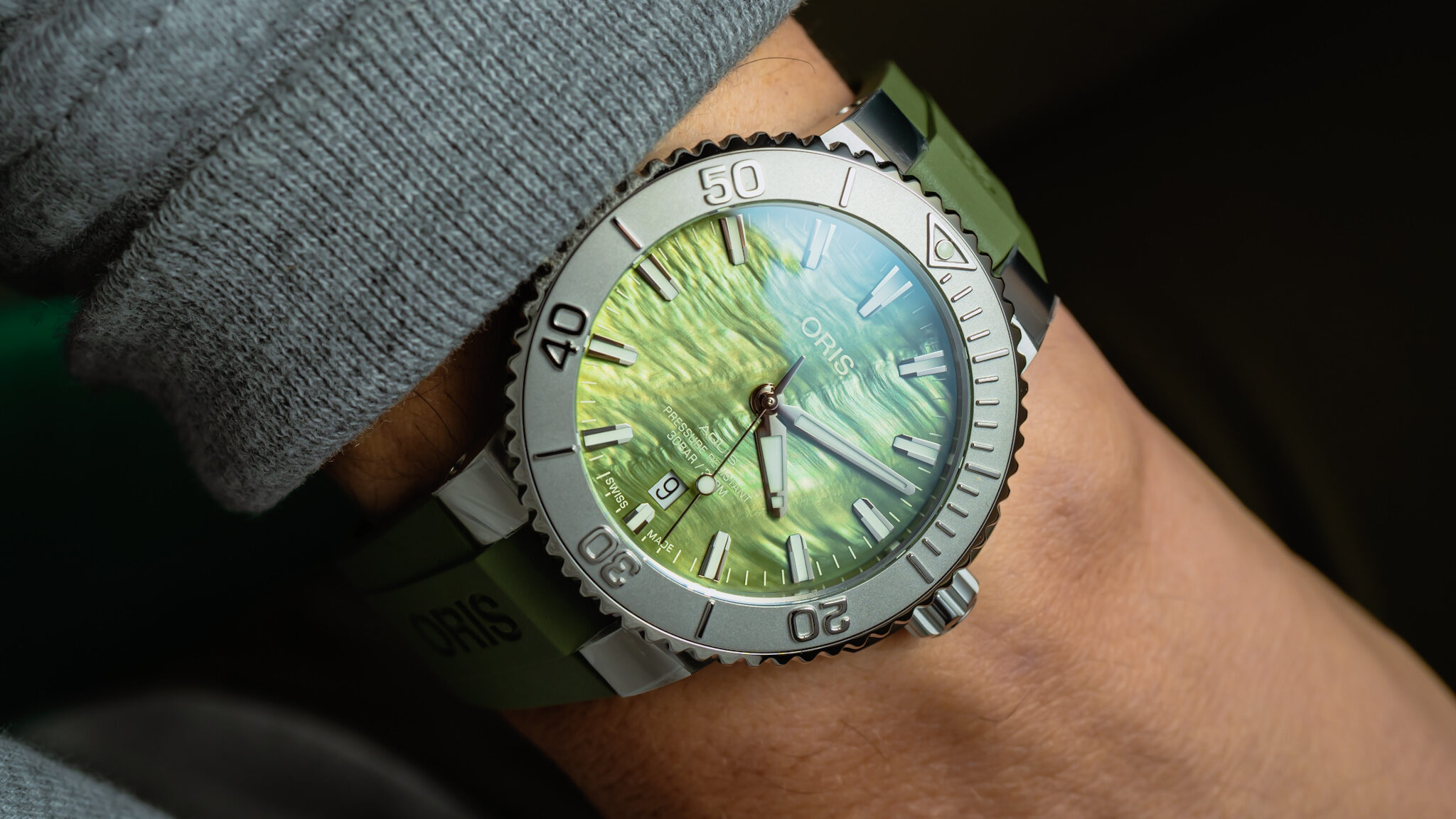 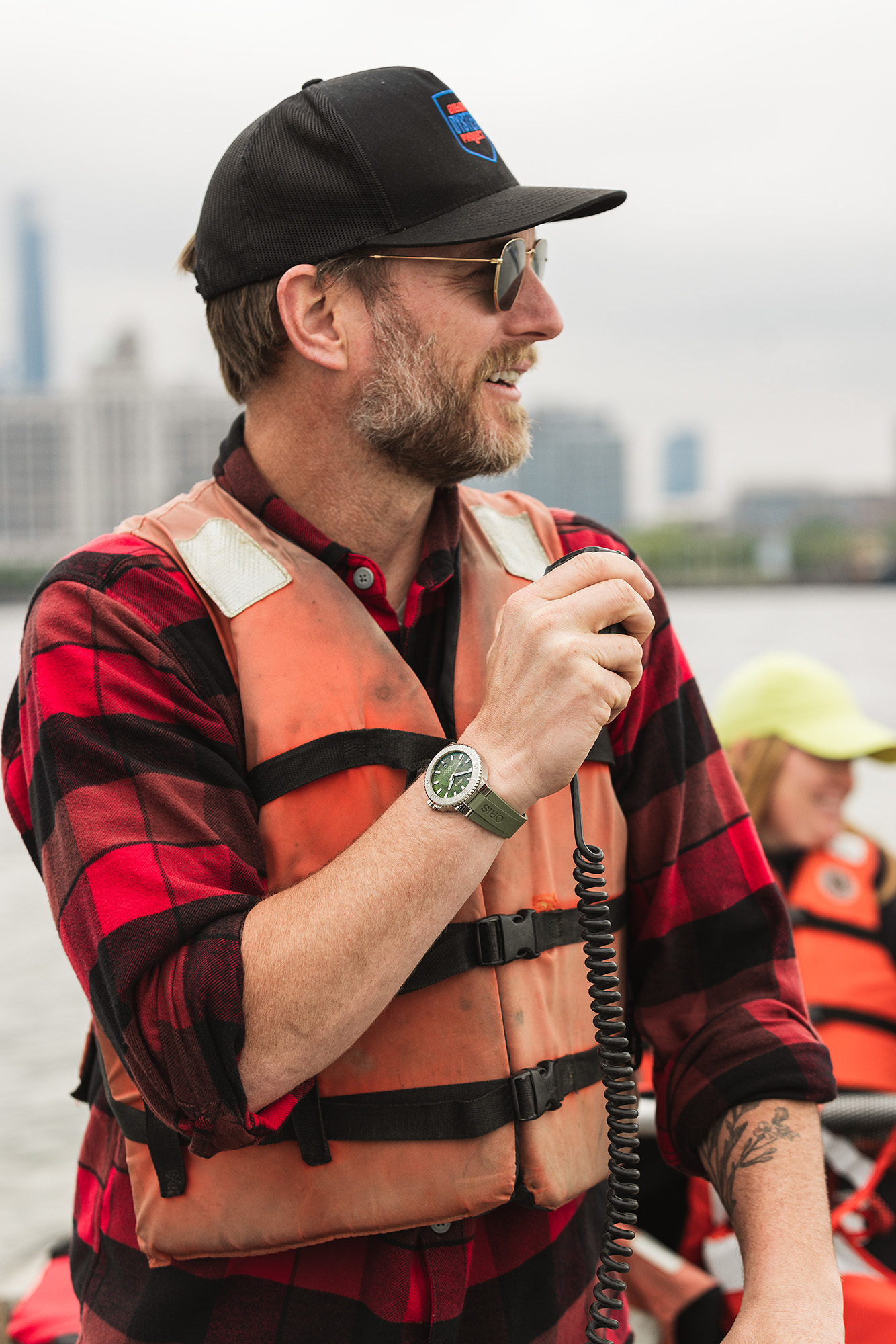 Although brands throughout the industry have committed themselves to environmental causes over the years, few if any can match Oris for the depth of its commitment. Over the years, the independent Swiss brand has thrown its support behind waterway conservation causes around the globe, from the restoration of coral reefs in the Florida Keys to creating one-of-a-kind multicolor dials from PET plastic removed from the world’s oceans. For its latest environmental project, Oris is tackling arguably its most ambitious target to date with the New York-based Billion Oyster Project. The resulting tie-in model, the Oris Aquis New York Harbor Limited Edition (first debuted here on aBlogtoWatch), is one of the brand’s most striking diver designs to date, with a mission to help restore one of the world’s most polluted aquatic ecosystems. 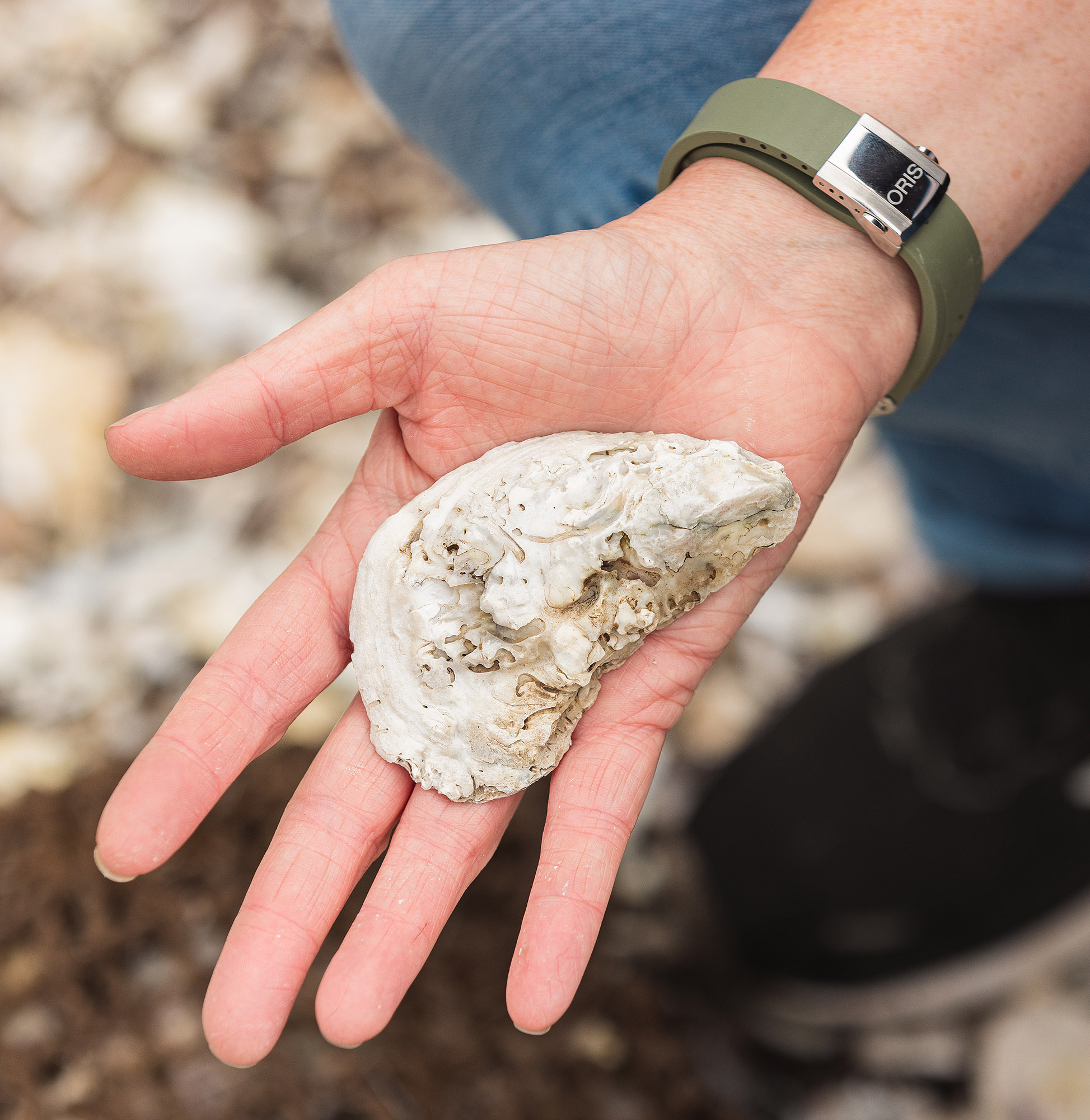 Take a moment, if you will, to imagine the island of Manhattan in its untouched natural state. When the first Europeans arrived in what would become New York City centuries ago, their reports spoke of a true natural treasure trove — this confluence of rivers emptying into the Atlantic Ocean was so abundant with life, that Swedish fishermen claimed they needed only to lower a basket over the side of their boats and the basket would be full of fish when pulled back up. There were reports of flocks of birds so numerous, that they would block out the sky for minutes at a time. At the heart of this rich ecosystem stood the Eastern oyster, a prodigious filter feeder which can clean over 50 gallons of water each day and which built reefs throughout New York Harbor to support all manner of other aquatic life. 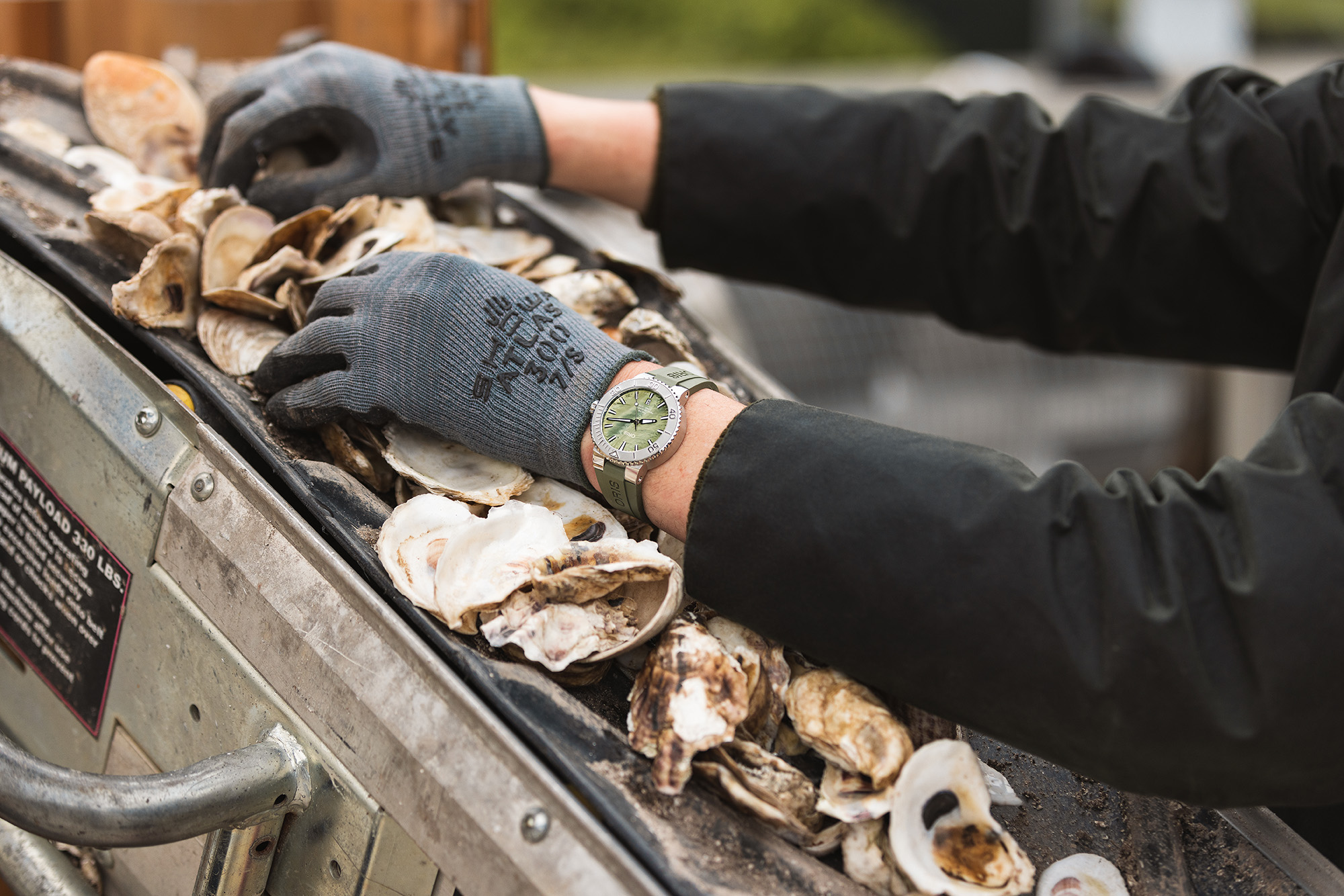 Of course, the New York Harbor of today is a far cry from the teeming estuary of precolonial times. The confluence of the East River, Hudson River, and the Atlantic Ocean is one of the most bustling waterways on Earth and bears little resemblance to its natural state. The harbor’s natural oyster reefs were all but destroyed within 150 years of the founding of New York City, and the harbor itself has been dredged and expanded countless times to make way for larger, more modern cargo vessels. As a result, the once hard seabed at the bottom of the harbor is now mostly a morass of sludge, leaving no substrate for any oysters resilient enough to survive the harbor’s heavily polluted water. The first step toward healing New York Harbor’s ecosystem, then, is to build an artificial base for new oyster reefs to build upon. That’s where the nonprofit Billion Oyster Project comes in. By recycling millions of oyster shells collected from restaurants around the greater New York area, the organization is able to build calcium carbonate-rich building blocks for new oysters to latch onto within the harbor. The Billion Oyster Project also operates an oyster larva farm in the Red Hook area of Brooklyn, which works in conjunction with the new artificial reef bases to begin the process of restoring the ecology of the harbor. This is obviously an immense undertaking, but the organization is roughly 10 percent of the way towards its goal of reintroducing one billion live oysters to New York Harbor with a rapidly accelerating production capacity. 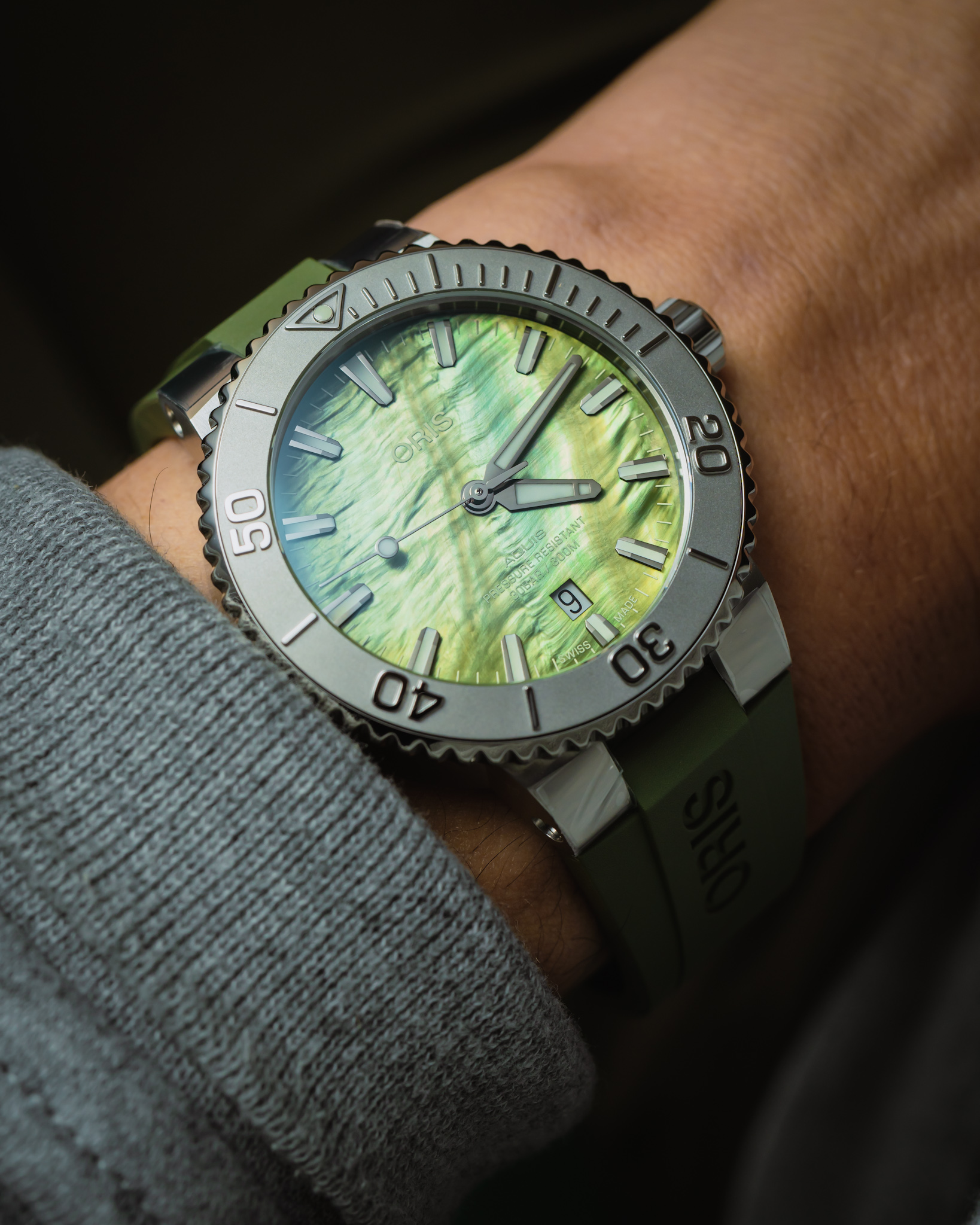 Oris’ efforts towards visibility for the Billion Oyster Project are a major boon to the organization, and the ensuing Oris Aquis New York Harbor Limited Edition is an impressively thoughtful tribute to the ongoing effort. Measuring in at 41.5mm-wide, the Aquis New York Harbor Limited Edition’s stainless steel case is a carryover from the standard production Aquis series, with a few unique custom touches. The semi-integrated case is still instantly recognizable at a glance, wearing smaller than the numbers might suggest thanks to its shrink-wrapped case side architecture and short, wedge-like lug assembly. The distinctive finishing also helps to visually compact the design, with predominantly brushed surfaces broken up by mirror polishing on the upper planes of the lugs, which tends to help the lug design disappear somewhat on the wrist. The stainless steel bezel insert gives this familiar case another layer of dimension, with a cleanly matte sandblasted base layer and a dive scale in polished raised relief. These types of raised dive scales can vary wildly in quality, but Oris’ execution here is crisp and handsome, with bright polishing work that effectively emphasizes the dimensionality of the bezel. The Aquis New York Harbor Limited Edition’s most notable case alteration comes courtesy of its caseback, however. Each of Oris’ previous ecologically-themed designs has come with a custom engraved caseback, but this model may have its most intricately detailed example to date. Oyster shells are richly textured things, and recreating the ridges, dimples, and lumps of a trio of oysters both accurately and attractively in stainless steel is no mean feat. Outside of the custom engraving, this solid caseback is identical to the standard production Aquis and allows the Aquis New York Harbor Limited Edition to achieve a hefty 300 meters of water resistance. 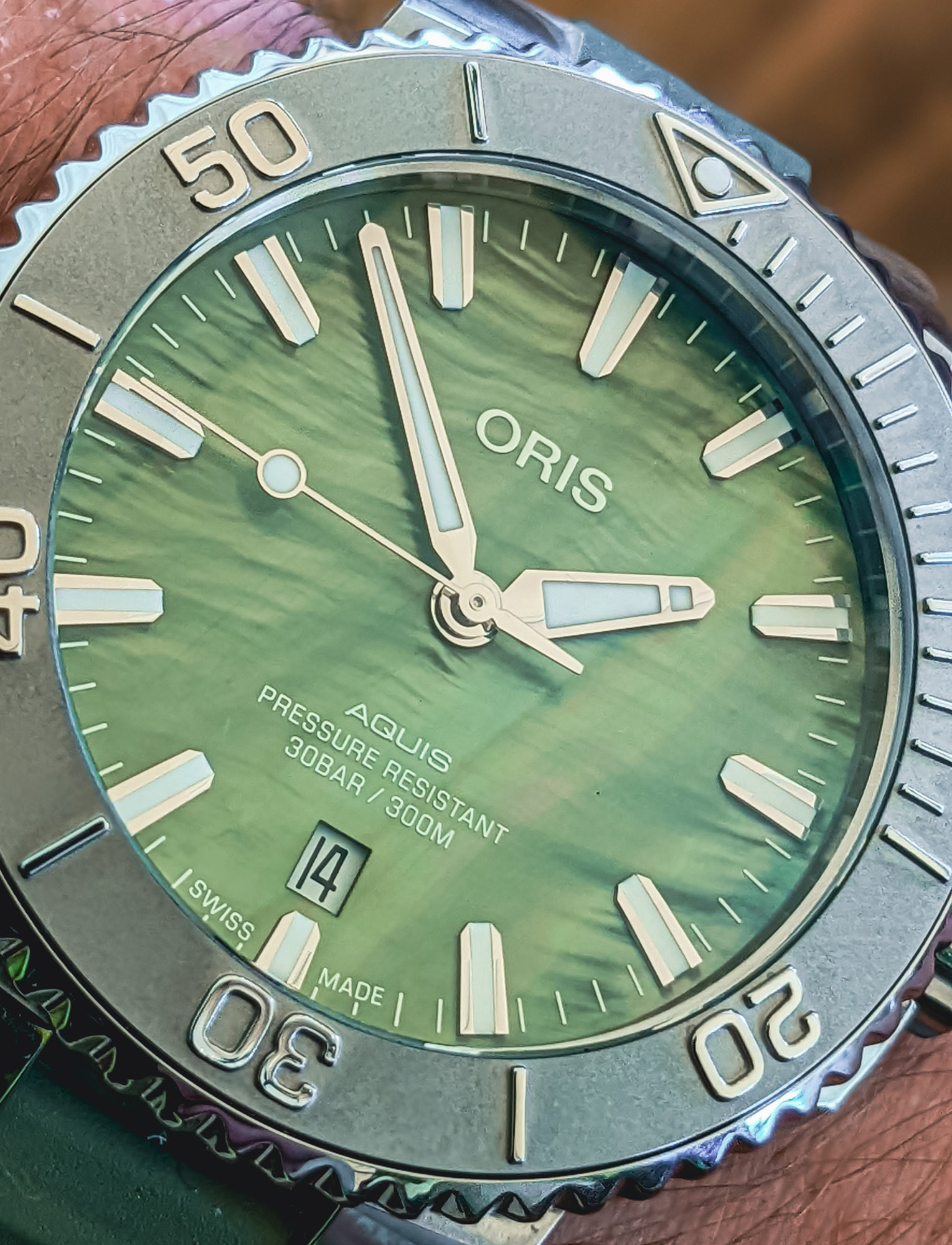 Naturally, the Oris Aquis New York Harbor Limited Edition’s dial is its strongest visual hallmark. Mother of pearl dials are a rare sight outside of dedicated women’s models, but Oris seizes upon this lustrous material as both a storytelling opportunity and a uniquely masculine twist on traditional themes. While it shines brightly in images, this olive green dial surface is surprisingly subdued compared to the usual look of white or black iridescent mother of pearl dials. The first reason for this comes down to surfacing – nearly all mother of pearl applications are polished to a high glossy sheen, but here Oris opts for a matte surface. This still allows the iridescence and wave-pattern ripples of the material to shine through at certain angles but keeps the design from feeling too flashy in most light conditions. This also has the added benefit of massively aiding legibility compared to most mother of pearl dials. While the mother of pearl material is a natural extension of the watch’s oyster theming, the color and rippling iridescent pattern are intended as a tribute to the greenish waters of New York Harbor. In practice, however, the color bears little resemblance to the hue of the harbor water (at least in its current state). Nonetheless, it’s an attractive colorway on the wrist. The Aquis New York Harbor Limited Edition shares its dial hardware with the rest of the Aquis series, including the series’ signature rounded alpha handset and beveled applied indices. The inclusion of a cutout date window at 6 o’clock is less disruptive than it would be at the traditional 3 o’clock position, and maintains overall dial symmetry admirably well. 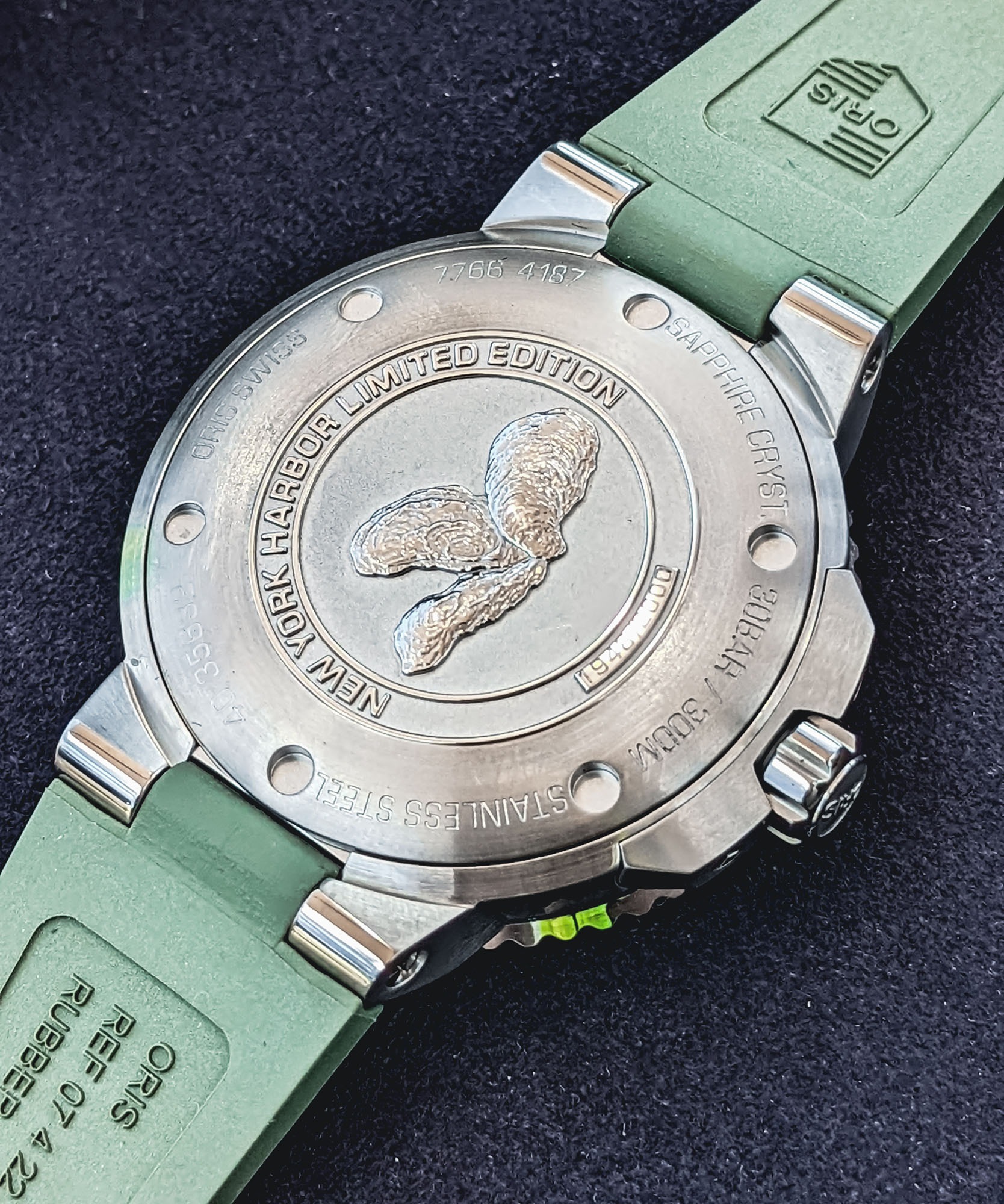 Like most lower-priced models in the Aquis line, the Oris Aquis New York Harbor Limited Edition uses the Sellita SW200-1 based Calibre 733 automatic movement. In the wake of the widespread adoption of the brand’s own in-house Calibre 400 powerplant, the Calibre 733 is looking increasingly antiquated, particularly with its subpar 38 hour power reserve at a 28,800 bph beat rate. With that said, the Calibre 733 does offer reliable performance, and helps to keep the overall cost of this model down. Oris pairs the Aquis New York Harbor Limited Edition with two included straps. The semi-integrated stainless steel bracelet is an Aquis series staple, and its tapering form and boldly polished outer links pair solidly with the overall design here. The real winner, however, is the included signed rubber strap in dial-matching olive green. Not only does this strap nicely echo the colors of the rest of the design, but the chunky layered design also goes a long way toward counteracting the ornamental connotations of the mother of pearl dial material for a more rugged, masculine presentation on the wrist. 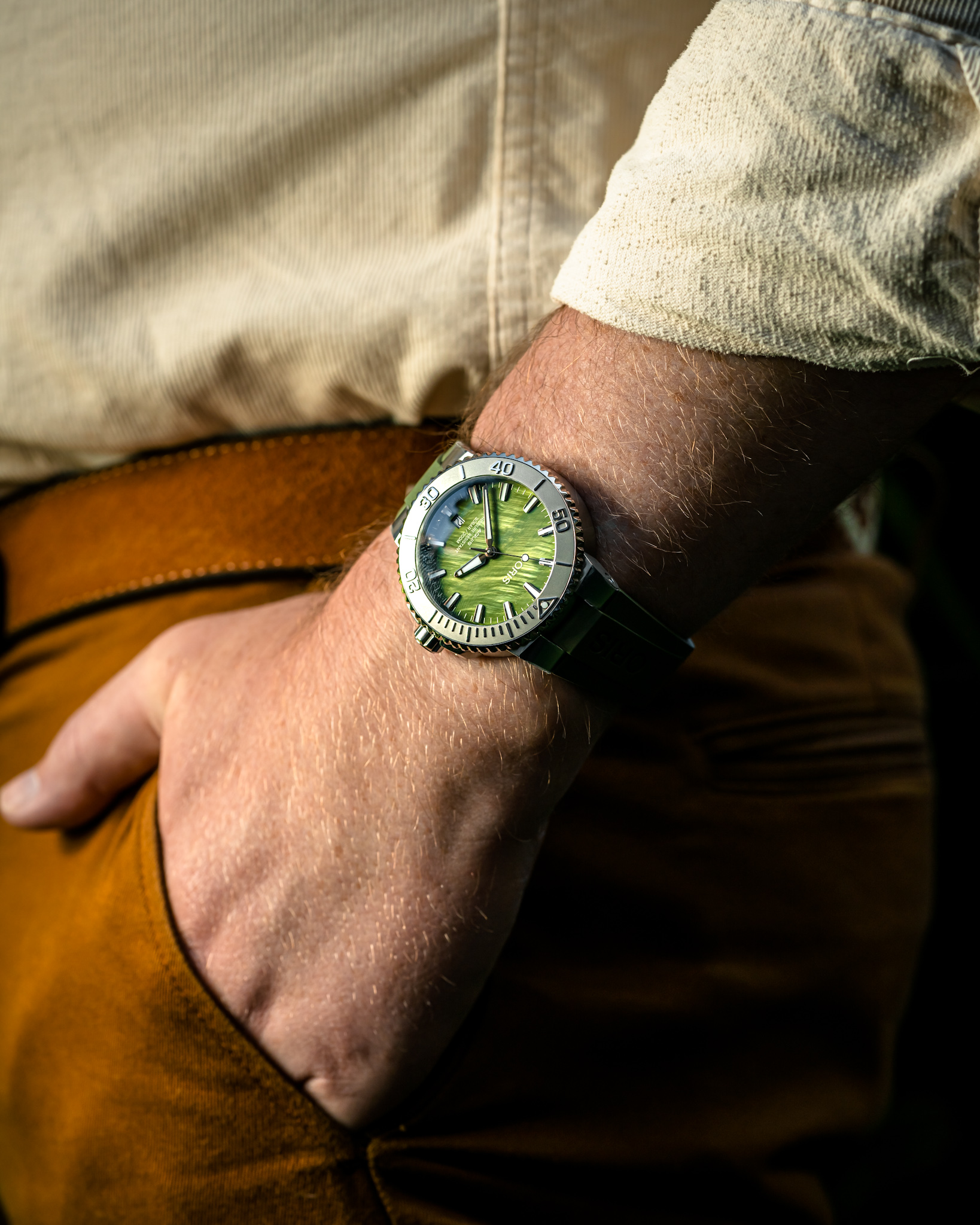