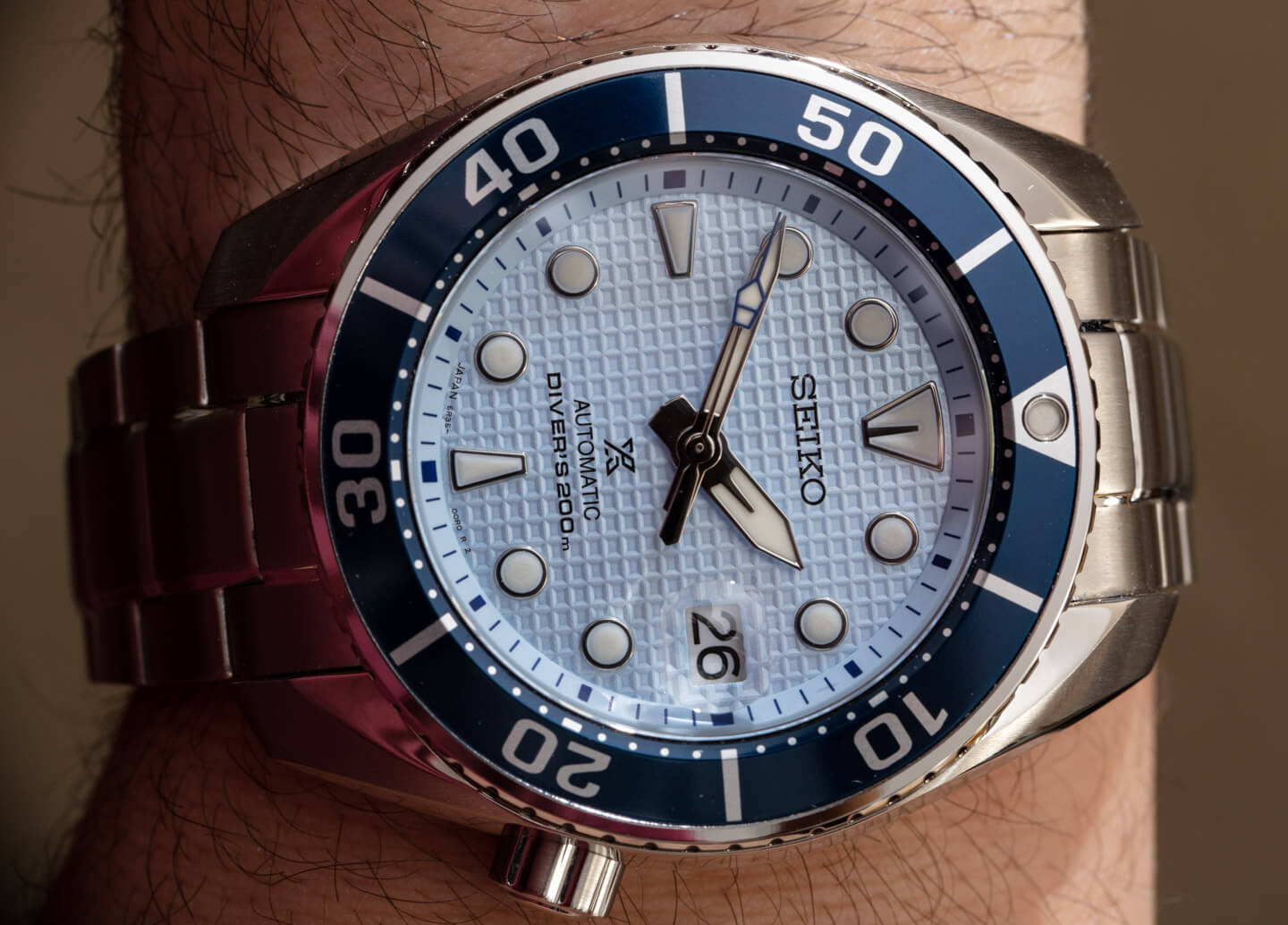 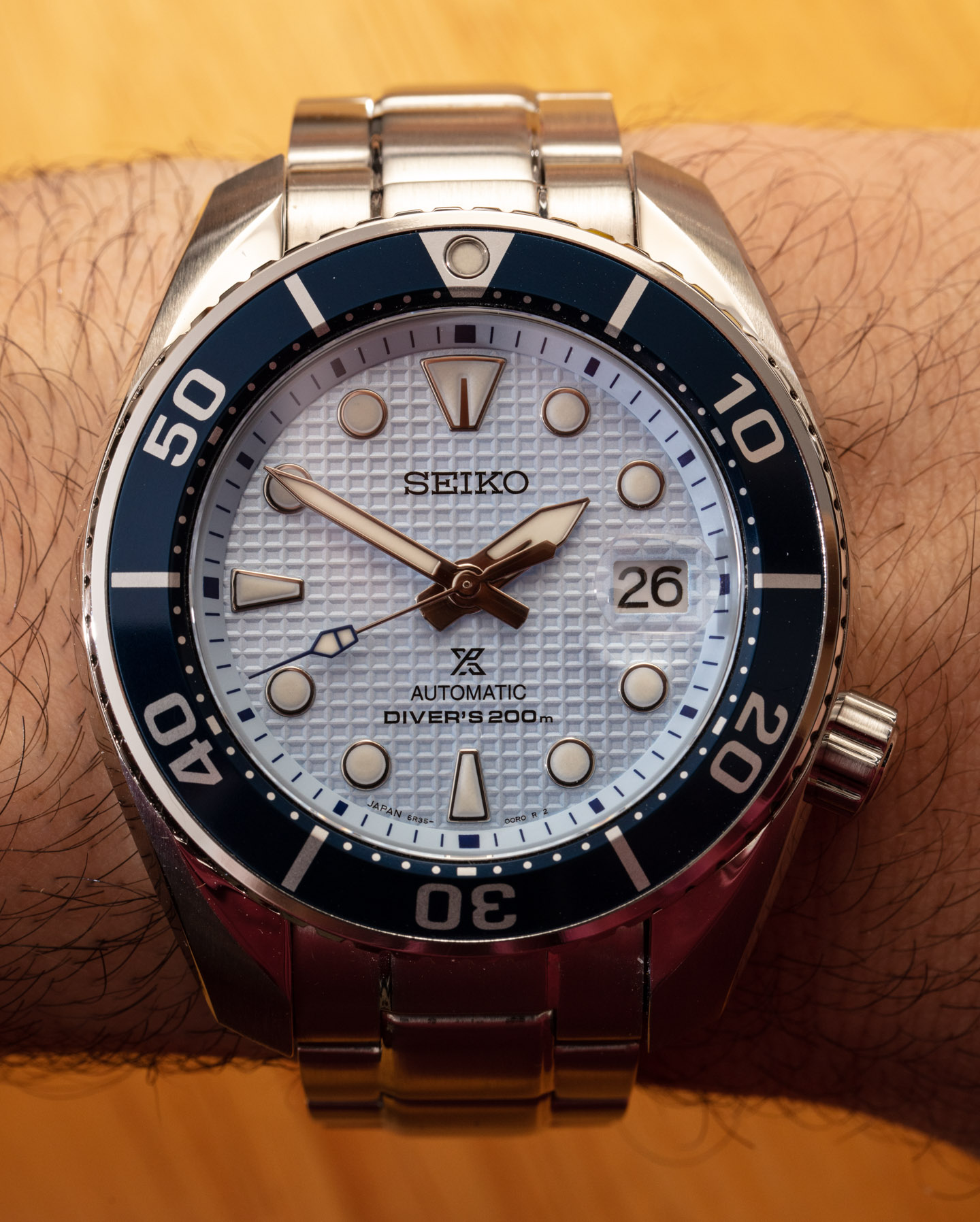 2020 has been an extremely prolific year for Japan’s Seiko, which has been releasing new timepieces on an accelerated basis, seemingly weekly, for months now. Part of that is because Seiko hasn’t had trade shows at which to debut new timepieces, so it is trying to stagger them out over the course of the year. Even so, there appears to be a large rush of exciting new Seiko models at most all price points this year. Today I’m looking at three special-edition Seiko Prospex diver’s watches specifically intended for sales in the United States. Inspired by glacial ice in the ocean, these three watches are the Seiko Prospex Built for the Ice Diver reference SPB175 (gray dial), SPB177 (green dial), and SPB179 (blue dial) models.

According to Seiko, since the mid-1960s, the company has been supporting various diving missions in Arctic waters, which requires special considerations for those wading in the frigid waters. One famed instance was Seiko’s support of the 1965 Japanese Antarctic Research Expedition in 1965, which was an early opportunity for Seiko to test what would become a very long legacy of producing diver’s-style timepieces meant for both recreation and professional use while spending time in the water. 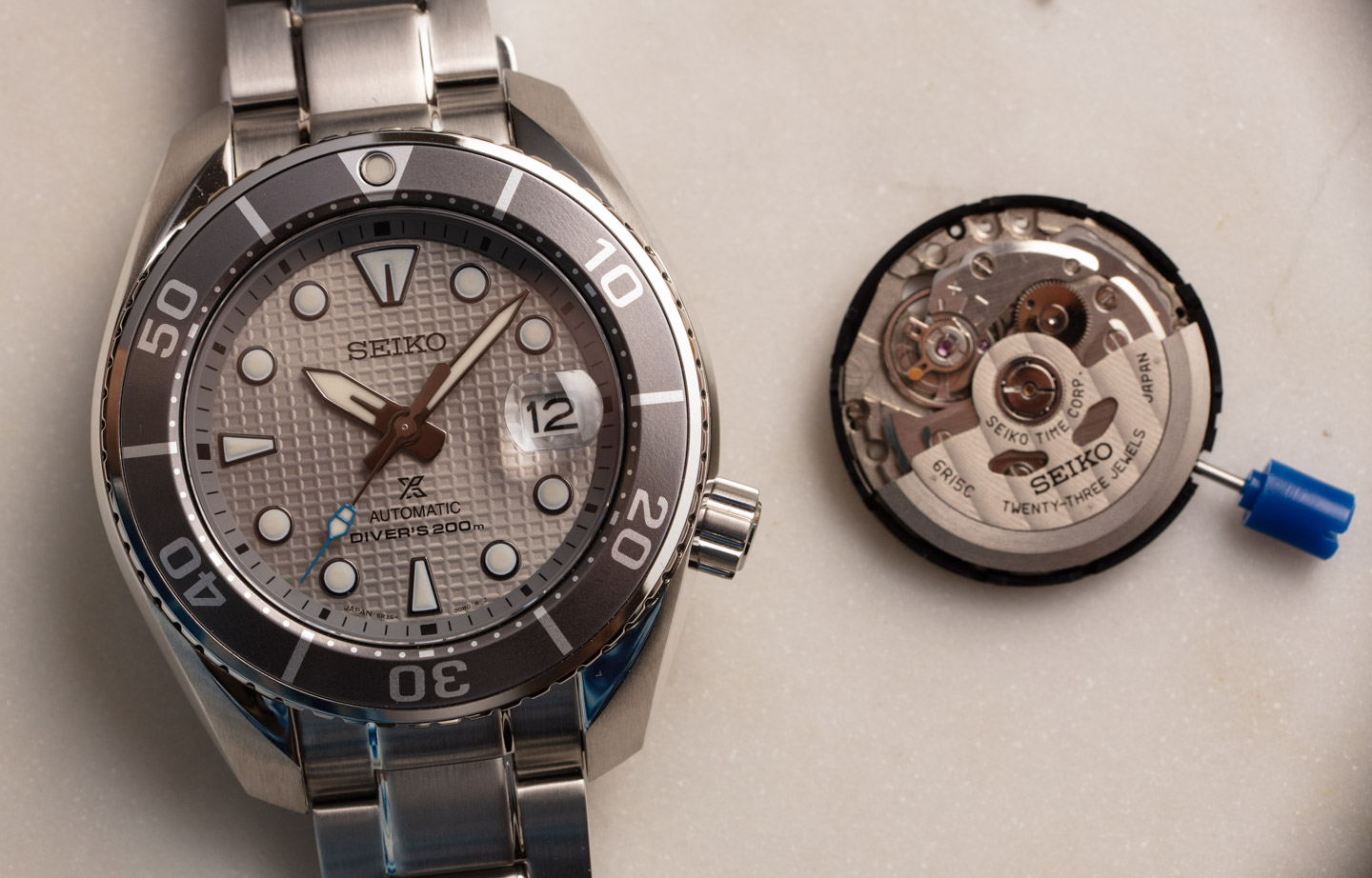 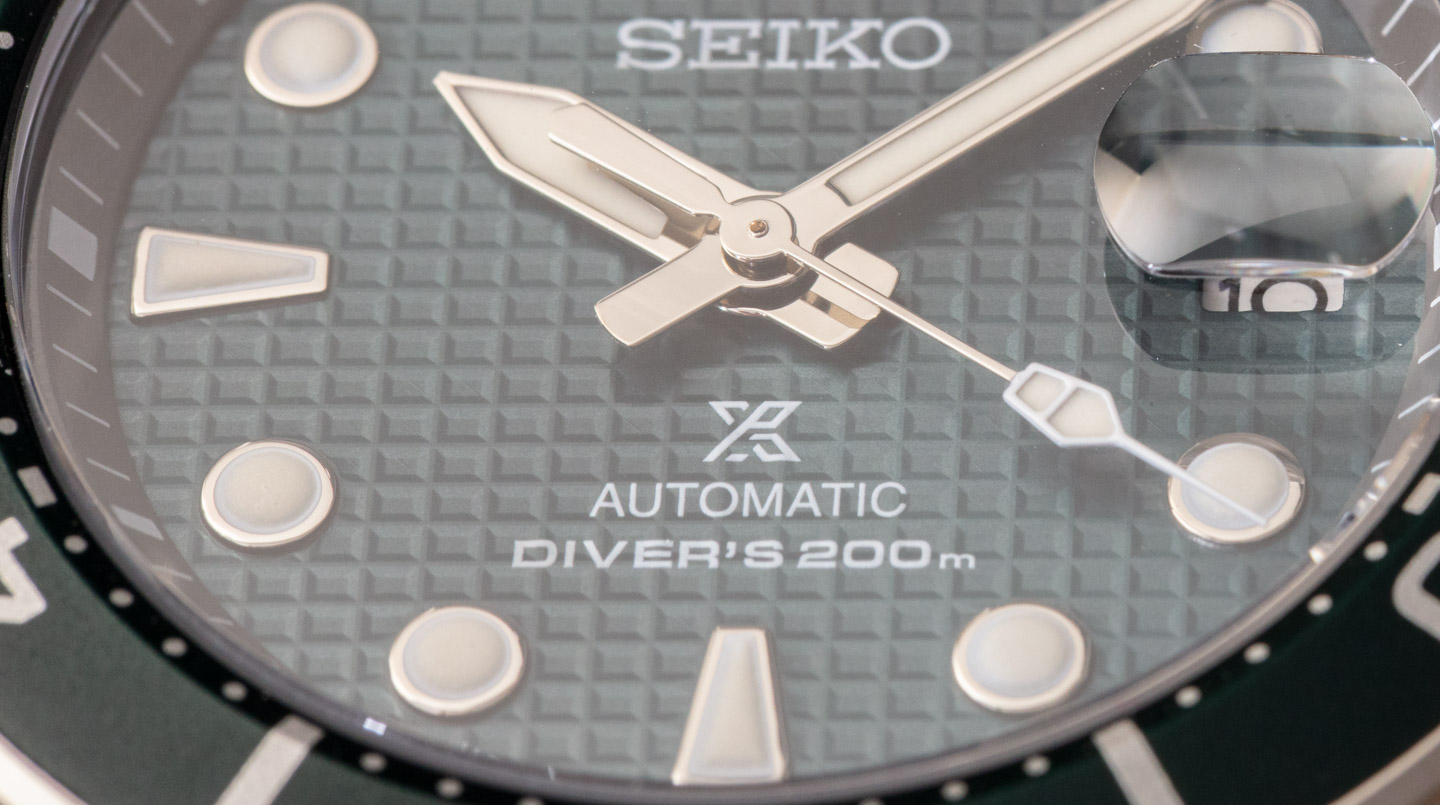 The USA special edition Ice Diver watches are based on the Sumo-style case which is 45mm-wide and water-resistant to 200 meters with a flat AR-coated crystal over the dial. The case is just under 13mm-thick and about 53mm lug-to-lug. The dial and matching bezel colors are inspired by the look of light as they bounce off glaciers in the water. As such, Seiko created a blue, gray, and green style of the Ice Diver to represent these visual experiences.

Seiko uses an attractive textured face in addition to its famously legible hands and hour markers. Indeed, these Prospex watches have a more high-end feel to them, notably in combination with the steel case’s excellent polishing. The insert in the uni-directional rotating bezels is, however, aluminum, which will likely make enthusiasts pine for ceramic bezel inserts as are available for some other Seiko watches. 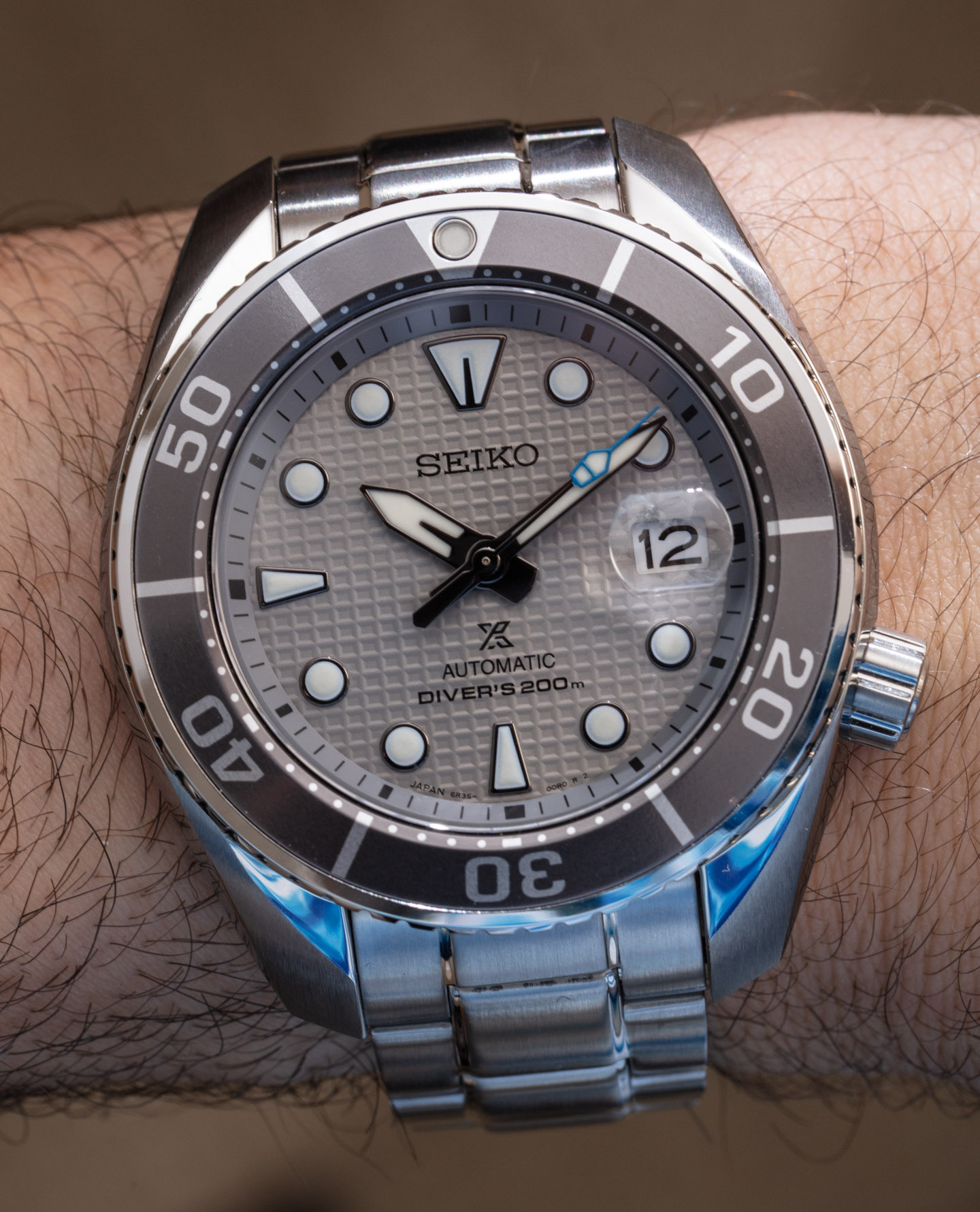 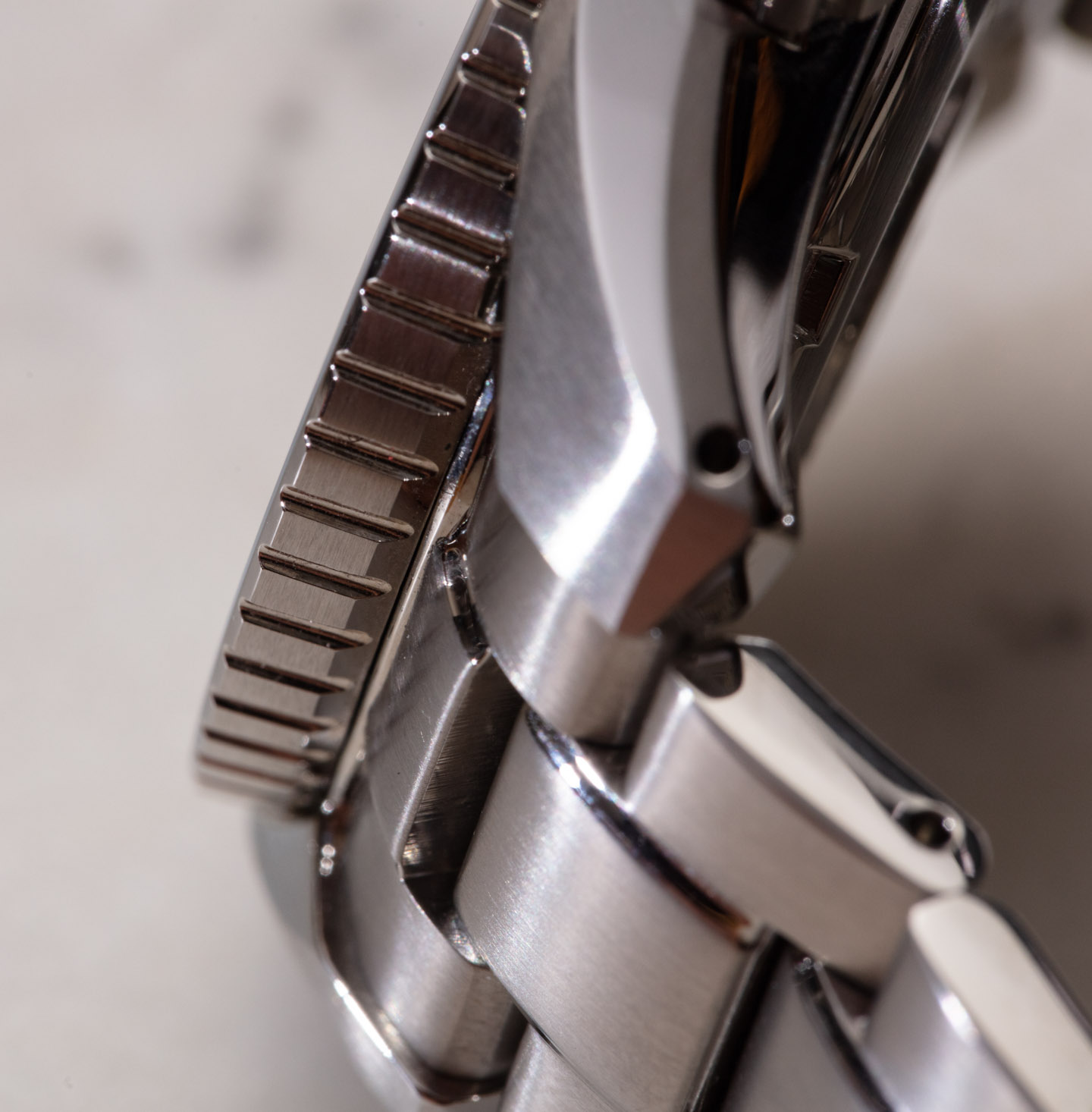 Each of the Prospex Built for thee Ice Diver watches is paired to a fitted steel metal bracelet, which has a small diver’s extension system in it. Inside the watches are Seiko’s in-house-made caliber 6R35 automatic movements that operate at 3Hz with about 70 hours of power reserve (not too bad). The watch crown is located at the 4 o’clock position on the case so that it doesn’t jab you in the wrist — a common feature on many Seiko Prospex diver’s watches. In this article, you’ll see some hands-on images of the similar 6R15C movement — which is a rare sight since Seiko doesn’t typically send off its movements to be photographed when we receive products from the brand to cover for the aBlogtoWatch audience. While the pictured movement is a bit different from the caliber inside of the watch, it is a good example of what is inside of this Seiko mechanical sports watch. I think while consumers would have liked for the Prospex Built for the Ice Diver to have a 4Hz movement, they will agree that the 6R35 is a decent performer overall (even if the watch doesn’t have a display caseback).

Seiko fans are most excited about the Diver’s dial color options — notably the “ice blue” with darker “ocean blue” bezel for the reference SPB179. That is probably the most visually stunning of the trio, but it isn’t for everyone. Green watches are very popular now, and for those people interested in the hue, I think they will find the green tone of the SPB177 interesting especially because the dark green shifts to almost black in some light. I mention this because many of today’s green watches are appreciably lighter in tone. Finally, the most somber and probably street-fashionable  is the reference SPB175, which pairs a charcoal gray bezel with a lighter gray dial, making for an eye-pleasing and fashionably versatile look. 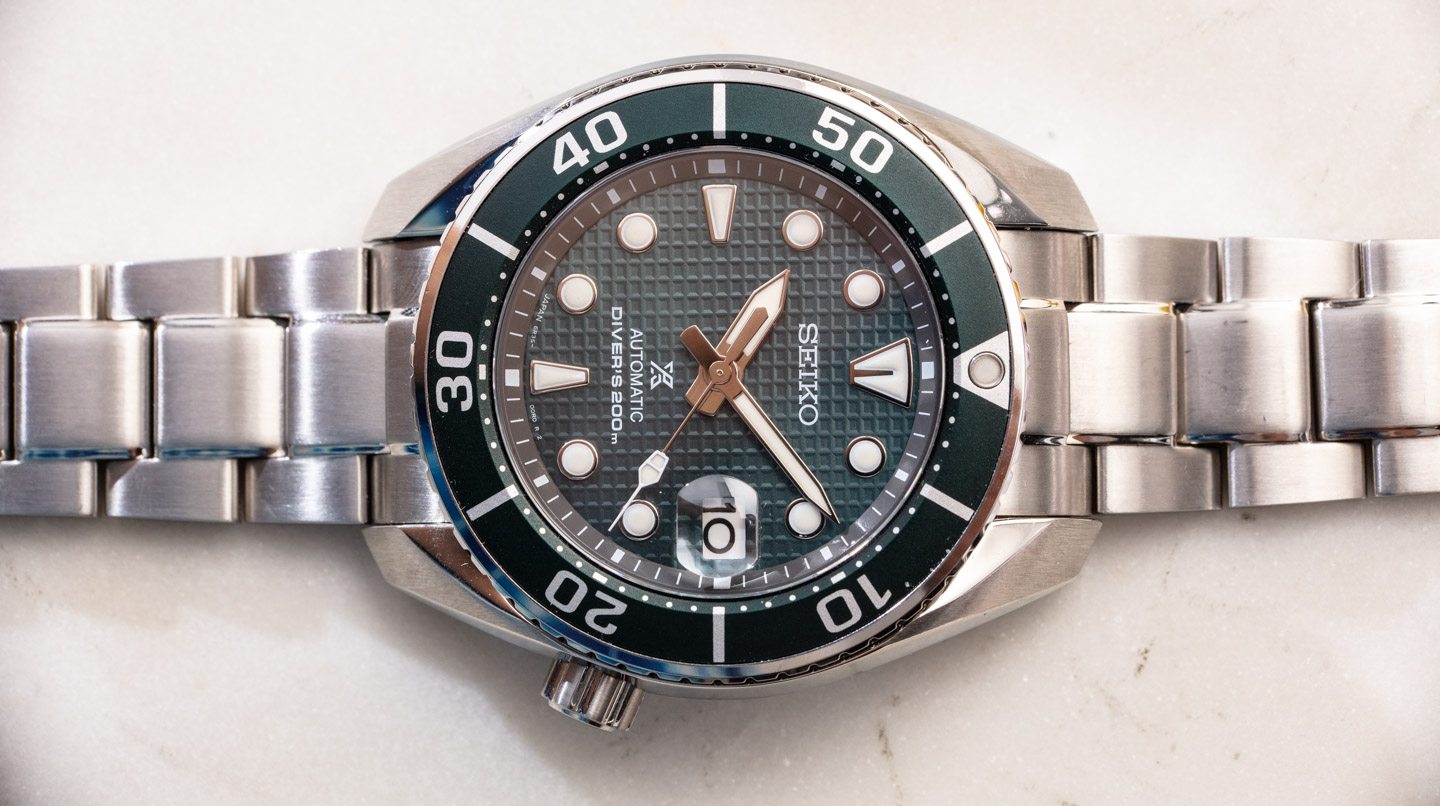 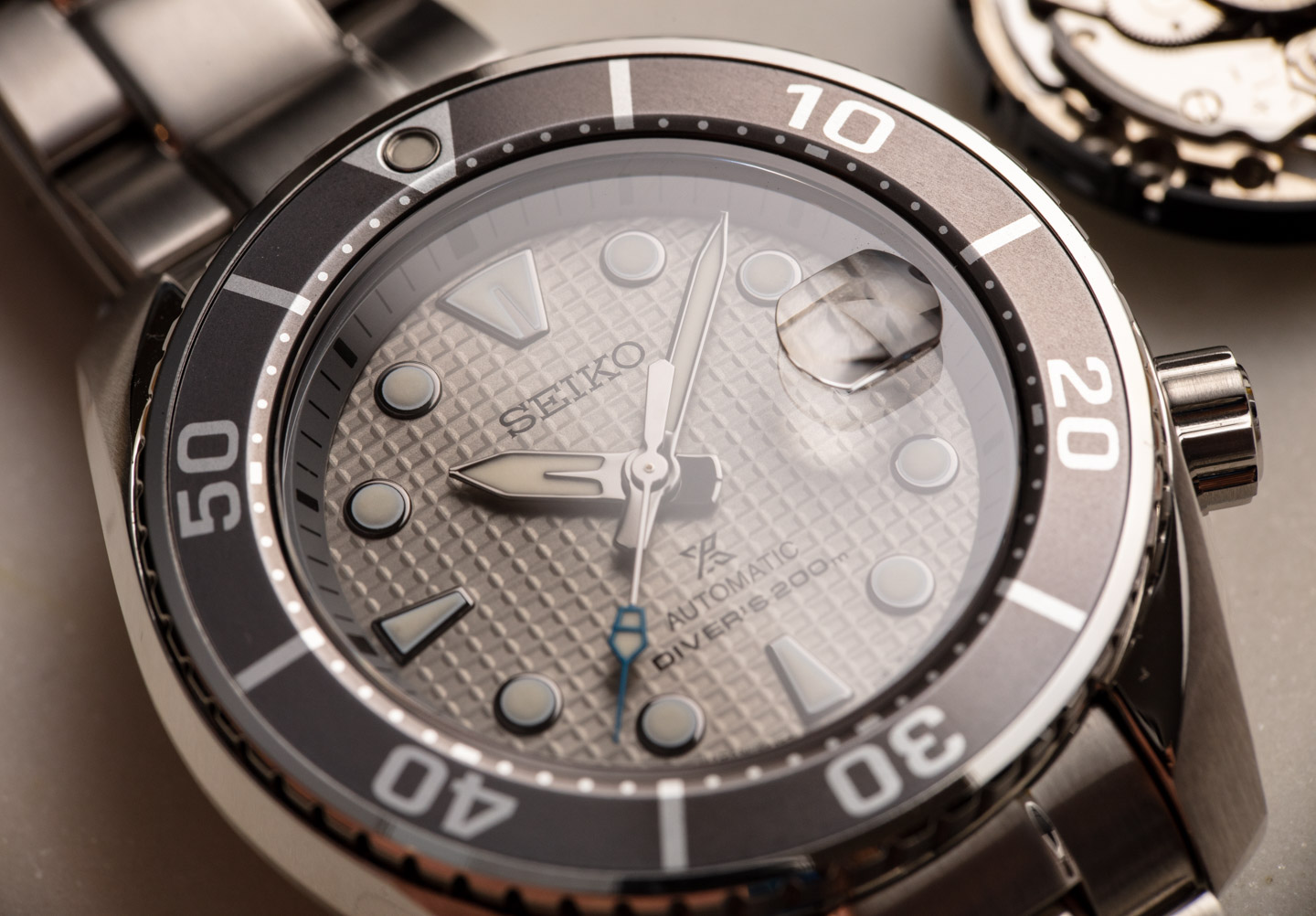 There are always going to be Seiko fans who want more from each watch, which is a good sign given that the brand has such a strong following. As such, there will be those who — for the price — will want this Seiko to have a ceramic bezel and, perhaps, a 4Hz automatic movement. The good news is that there are plenty of other Seiko watches that have both of those features, hough mostly at higher prices. I do, however, agree that for this nearly $1,000 price, a ceramic bezel would have been a very sweet cherry on top of the ice (cream) diver sundae. Price for the Seiko Prospex USA Special Edition Built for the Ice Diver SPB175, SPB177, and SPB179 watches is $900 USD each. Learn more at the Seiko Luxe website here.