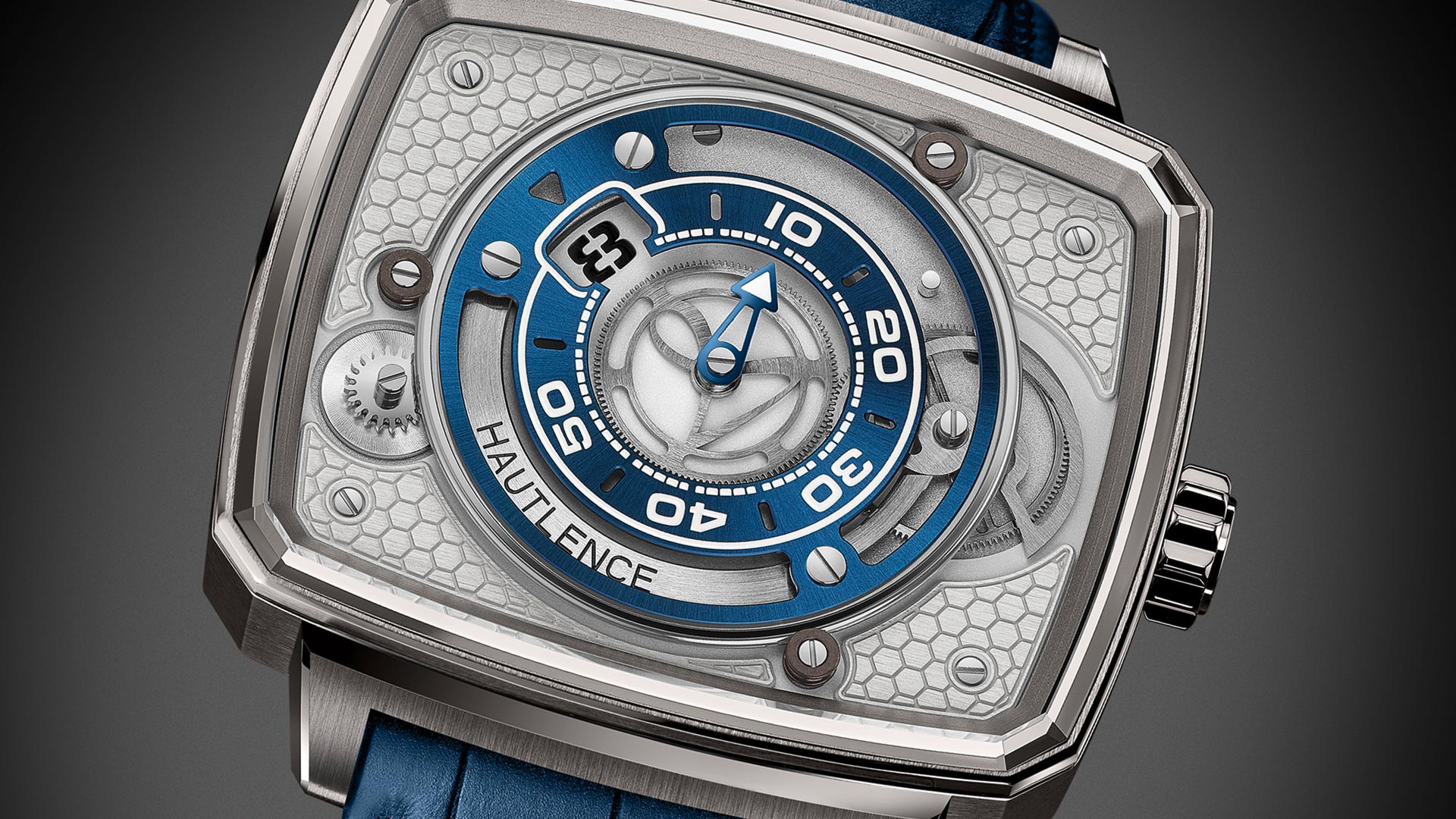 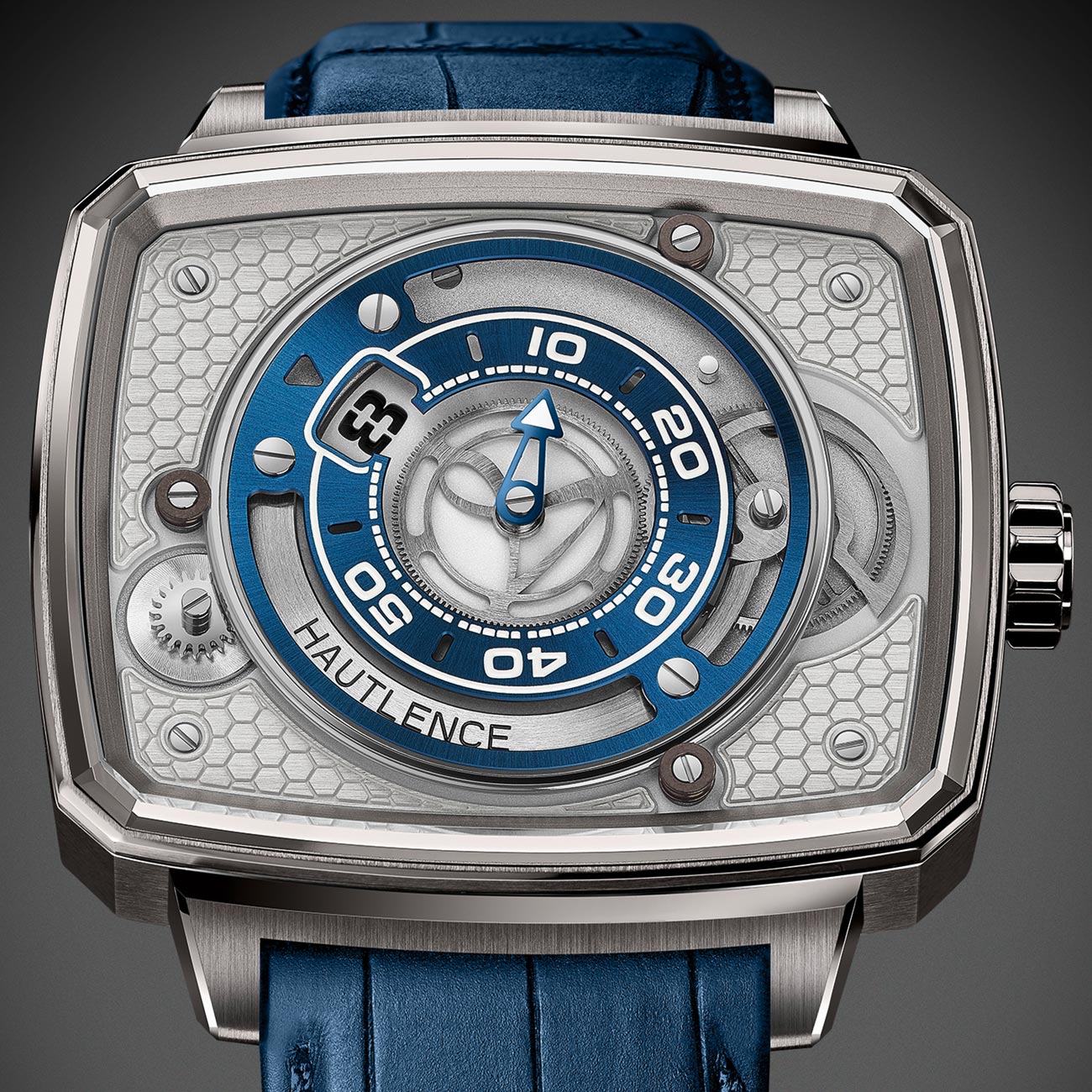 Just when you thought every possible alternative way of displaying the time had been discovered, invented, or repackaged… along comes the Hautlence HL Newton that purports to tell you the time only “on demand.” The HL Newton has an unusual presentation, but it is essentially a jumping hour complication with a dial that spins around. The “Newton” name references its use of gravity because part of the idea is that the Hautlence HL Newton requires the wearer to hold the watch in a vertical viewing position in order for the displays to correctly line up. This is actually more straightforward than it sounds. 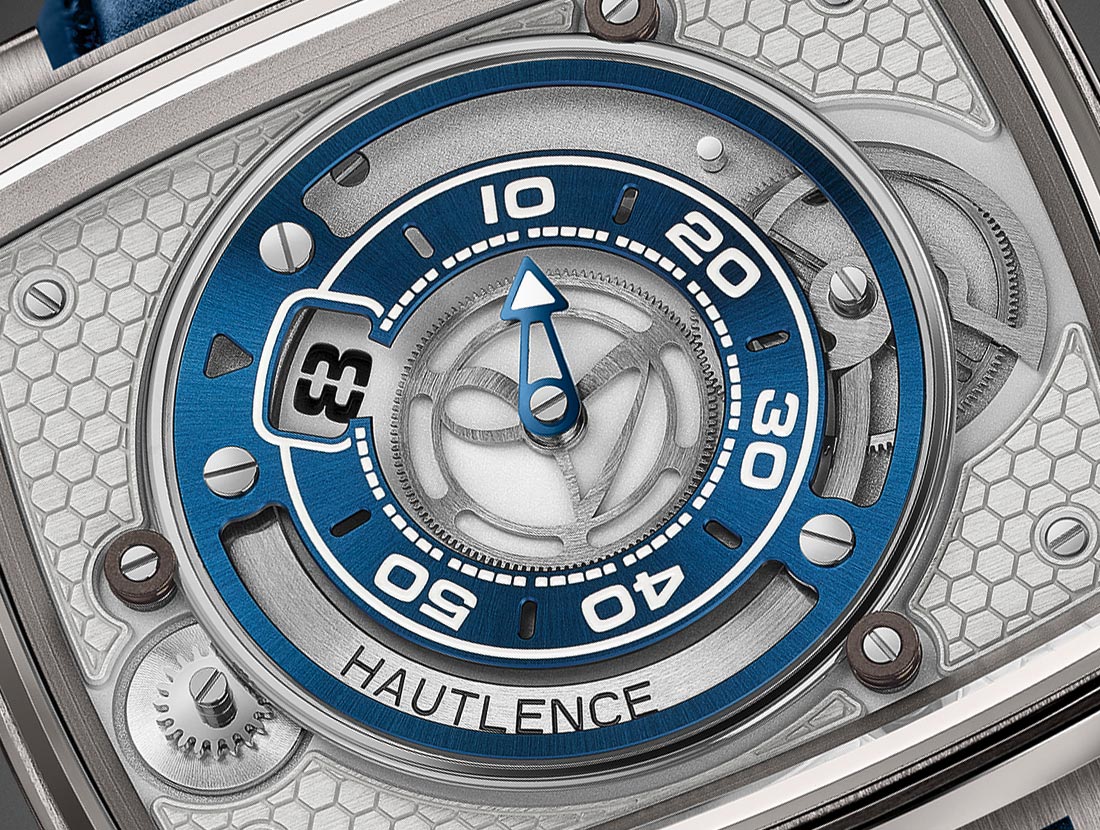 I’ll be honest that I was confused at first about what the Hautlence HL Newton does and how it works. Hautlence provided one picture of the HL Newton watch and a press release that, frankly, seemed as if it intended to bedazzle the reader while dancing around clearly explaining what the watch actually does. Deciphering and scrutinizing such information (sometimes obviously translated from another language) so that you, our fine readers, don’t have to is an enjoyable challenge of writing about watches – though, granted, succinctly describing some haute horology concepts and engineering can be tricky. After rereading the brand’s materials, in addition to some deep Google digging, however, it turns out that the Hautlence HL Newton is actually kind of fun, if not mind-blowing, once you realize what it’s all about. 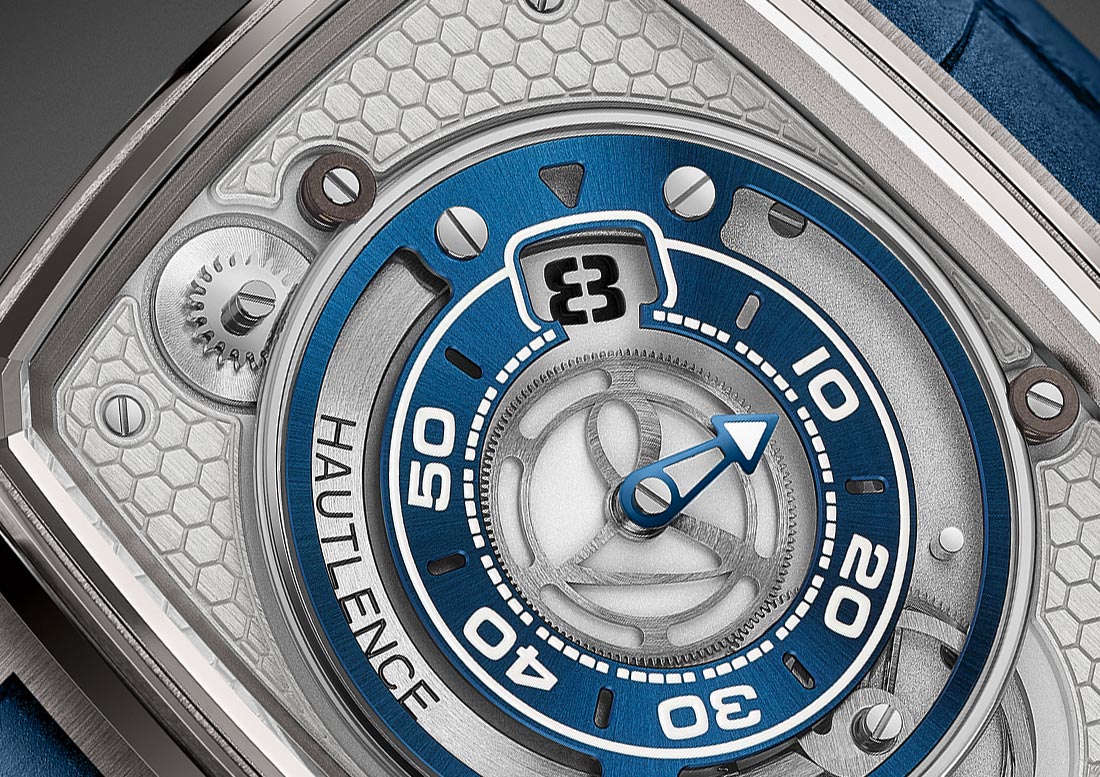 Quite simply, this is a jumping hour indication with a central minute hand. The hour is indicated on a disc visible through an opening in a “flange” that sits above it and that also carries the minute track. The inevitable twist is that this “flange” rotates freely with gravity since it is weighted like an automatic winding rotor. So, it will turn randomly when the watch is in different positions, meaning the opening will not display the correct hour and the minute hand will not be indicating the correct position on its track. The weighted portion causes it to stop at the correct position to display the current time when it is held vertically – that is, in the way you would normally hold your wrist up to read the time. The aperture for the hour display will rest around what would be 10 or 11 o’clock on a traditional dial. 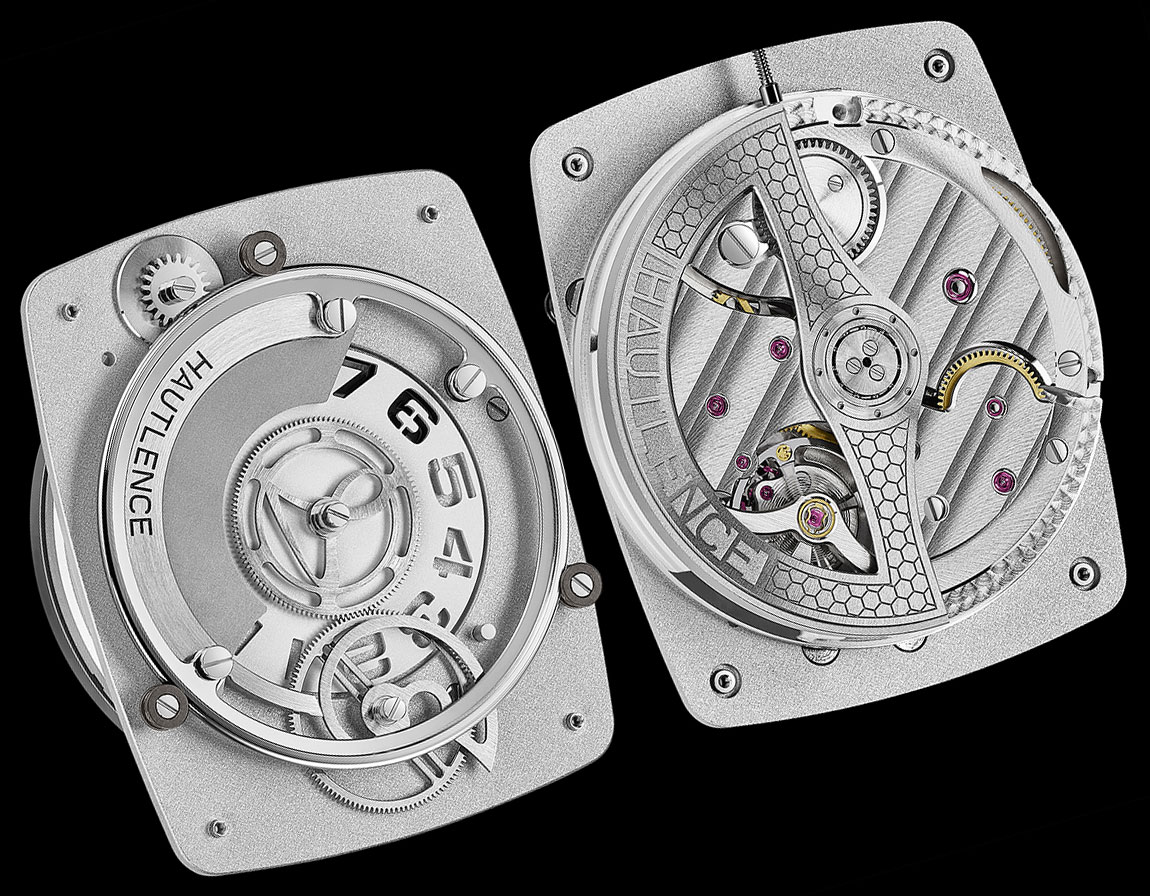 The concept is not complicated, but Hautlence made sure to refine the experience. The rotating “flange” is supported by three bearings and stopped gently by a brake, preventing shocks and making for a smooth, precise motion. See it in action in this Instagram video. Also visible on the dial are some of the movement’s skeletonized wheels as well as the jumping hours’ snail cam. That is actually a good deal of animation and mechanical interest for the wearer to observe on the dial while fiddling with their luxury toy. The Hautlence HL Newton has a titanium case that is consistent with the horizontally rectangular “TV screen shape” of many Hautlence watches. It measures 39mm by 46mm and 12mm thick, is 30m water-resistant, and both the case shape and dial aesthetically make me think of a high-end SevenFriday, though it doesn’t actually look like one.

The in-house HTL 201-1 automatic movement operates at 3Hz and has a power reserve of 72 hours. The dial’s rotating ring seems as if it’s echoed by the rotor visible through the sapphire crystal display caseback, and the dial’s honeycomb motif is echoed on the rotor itself. The brand tells us that all components are decorated and finished by hand but not a whole lot more about the movement.

Hautlence calls this an “on-demand” time display and refers to “mechanical standby mode” when the dial is not in position to display the correct time. One can imagine that this “system based on gravitational force” concept occurred to the designers while playing with their wrist-worn ball maze game called the Hautlence Playground Labyrinth. The Hautlence HL Newton sounds fancy, and it is, to be sure, but this is actually relatively accessible and straightforward compared to the brand’s other quite wild, impressive, and pricier watches such as the Hautlence Vortex we saw hands-on here. The Hautlence HL Newton is limited to a total of 28 pieces with a price of 24,000 CHF each. Learn more at hautlence.com