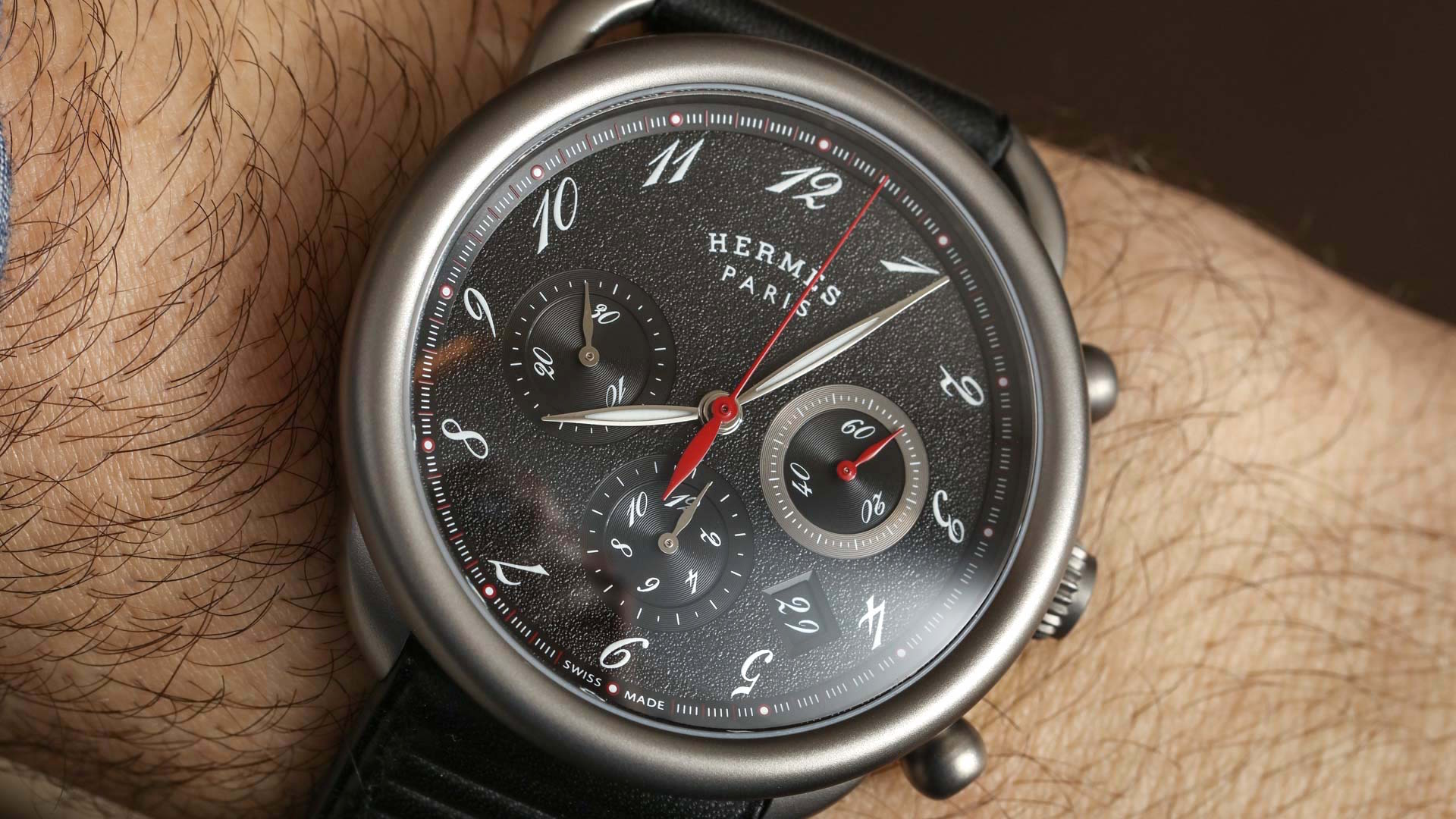 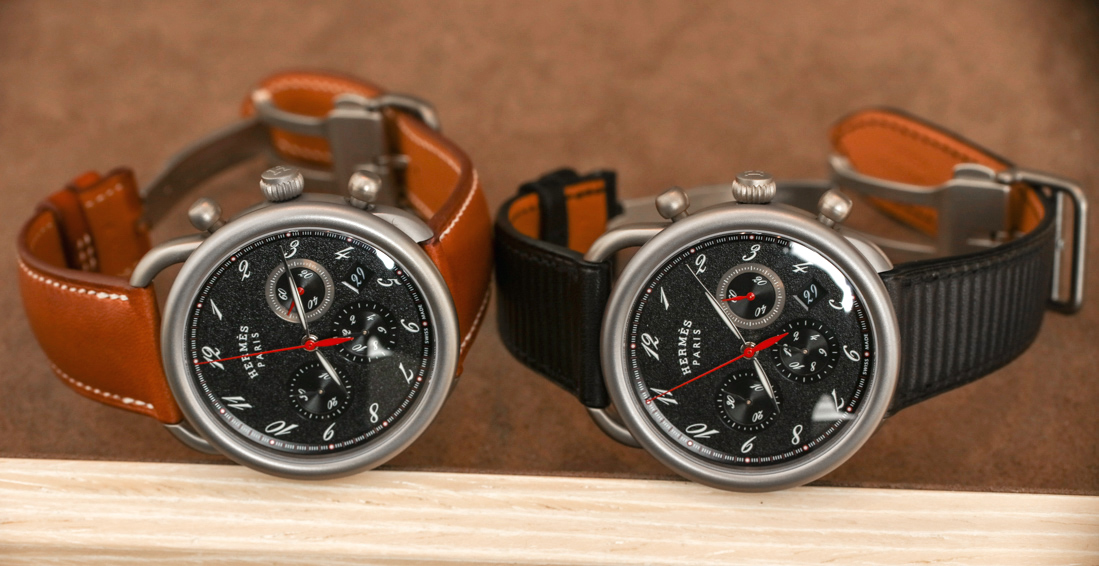 At SIHH 2018 Paris-based Hermès released a very compelling new version of the Arceau chronograph with the Hermès Arceau Chrono Titane collection. I was a big fan of these lovely new elegant sport watches, especially the version on the embossed black Barenia calfskin strap. The watch begins with the Hermès Arceau case, which according to Hermès was originally designed in 1978 by French designer Henri d’Origny. The Arceau is not the only case d’Origny designed for Hermès, but like his other designs it has clearly lasted the test of time and looks remarkably relevant today in this sport watch that is imbued with a series of classic and formal design elements. 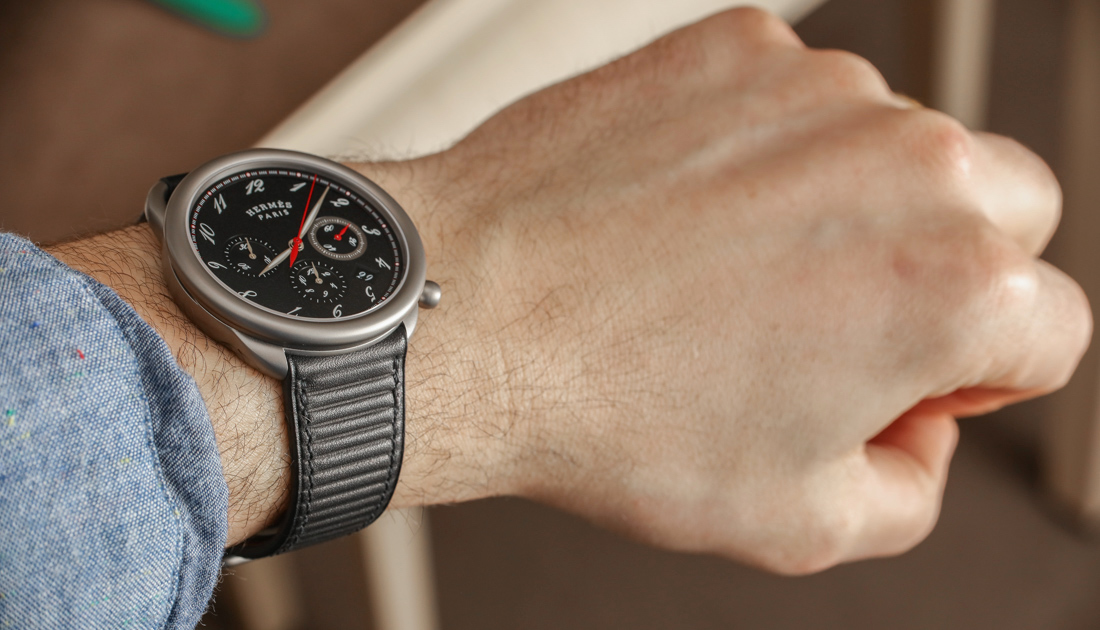 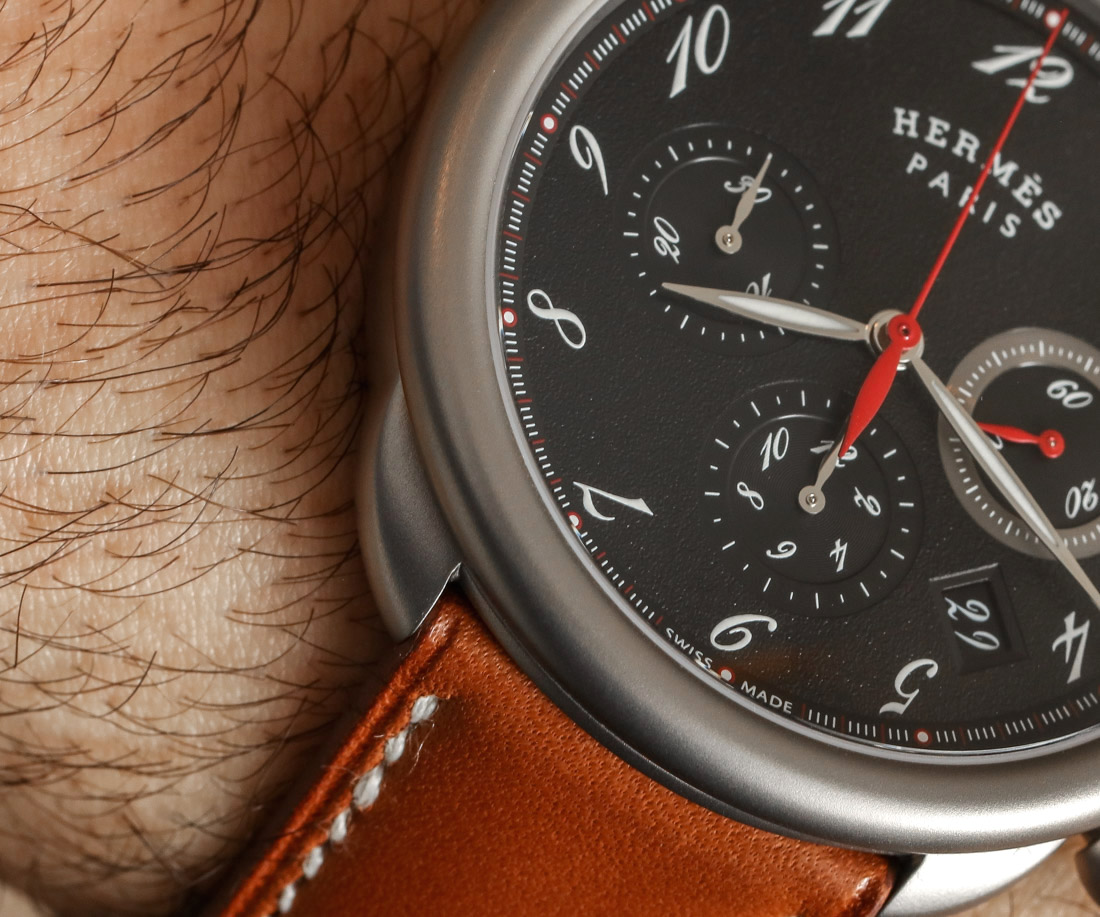 I’ve always had a very soft spot for sporty/casual timepieces that have traditional and formal design elements. Case in point on the Hermès Arceau is the ring of italicized and radially-aligned Breguet-style Arabic hour numerals. These theoretically belong on dressier watches but in my opinion help add a refined character to this and other sportier designs. A slightly textured matte charcoal gray dial contrasts very well with the hands and hour markers. Hermès effectively uses red color accents on the dial to enhance the sportiness of the design, and leaf-style hands (also a formal versus sporty design element) are acceptably legible. 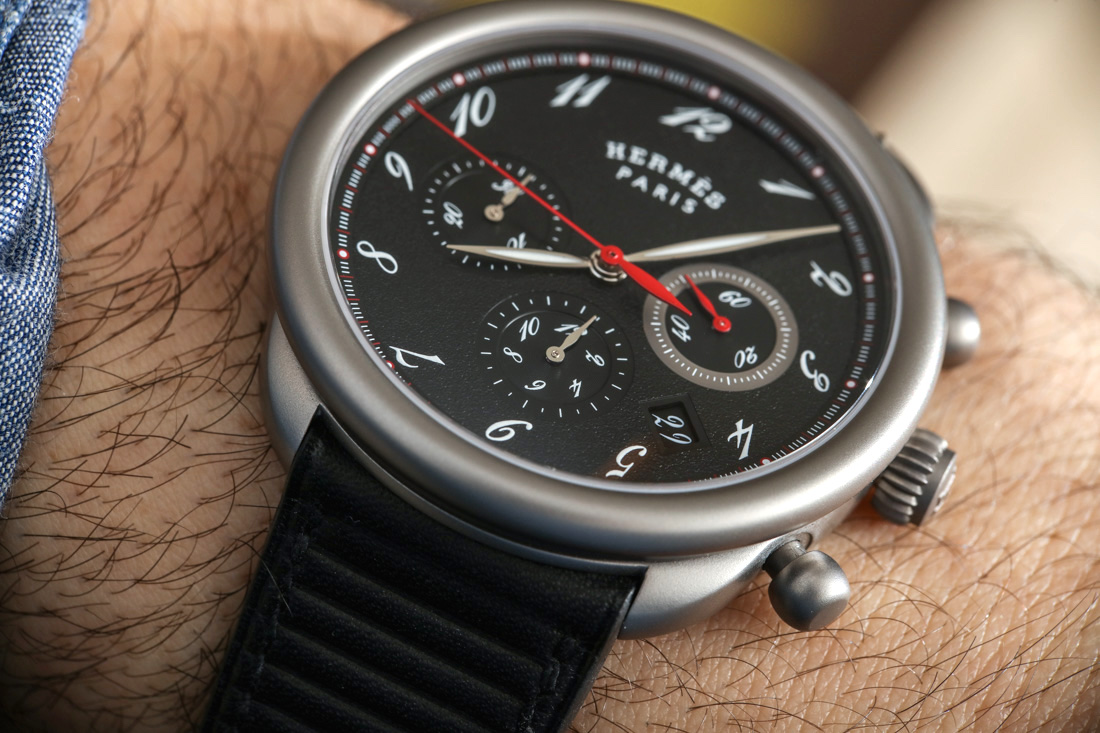 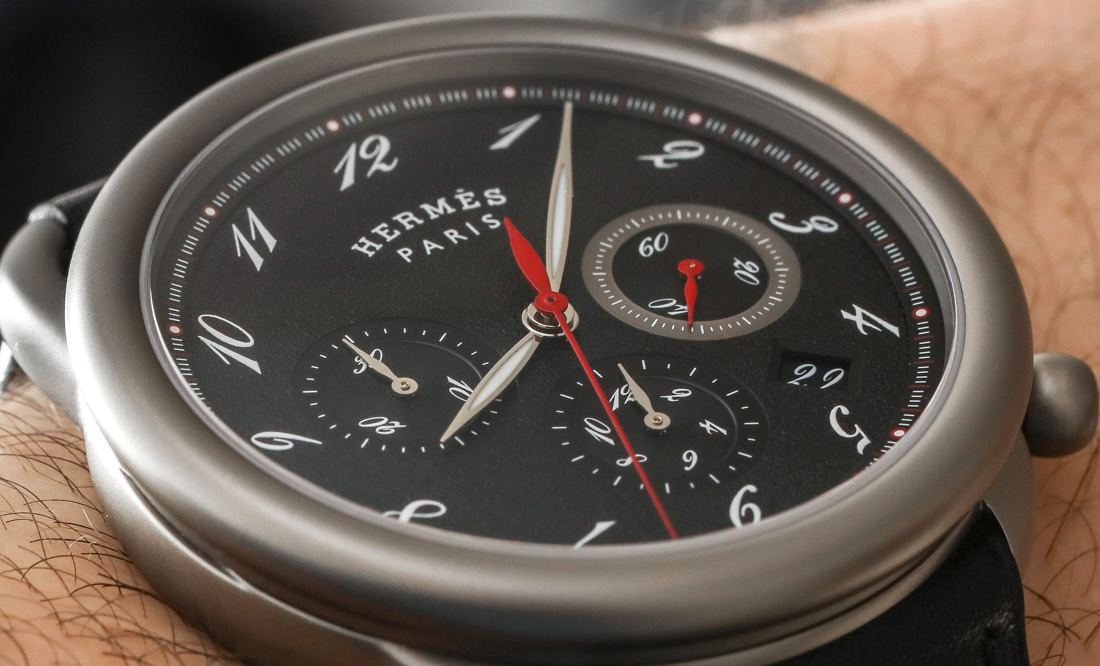 The Arceau case is said to be inspired by Hermès’ history with producing equestrian riding equipment and saddles. The round case has a unique way of playing with asymmetry by having a different lug design for the top and bottom of the watch. The inspiration according to Hermès are riding stirrups. The upper lugs are loop-style even though there is a traditional pin bar securing the strap. On the bottom part of the case the strap connects more directly to the case. Strap width is 21mm wide on both ends. The resulting look is one that provokes the eyes but does not offend one’s sense of good design given the balanced look. Hermès has used the Arceau case for a long time as it has consistently been a successful seller for the brand. Sport versions of it like this Arceau Chrono Titane are in my opinion quite rare. 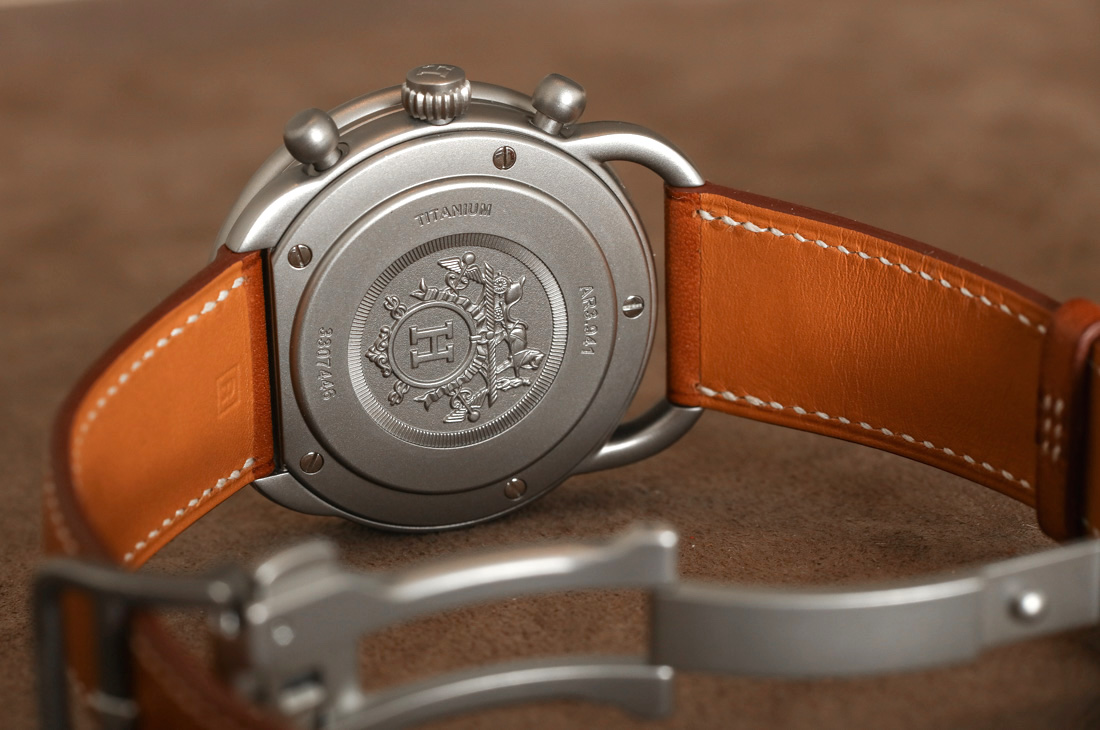 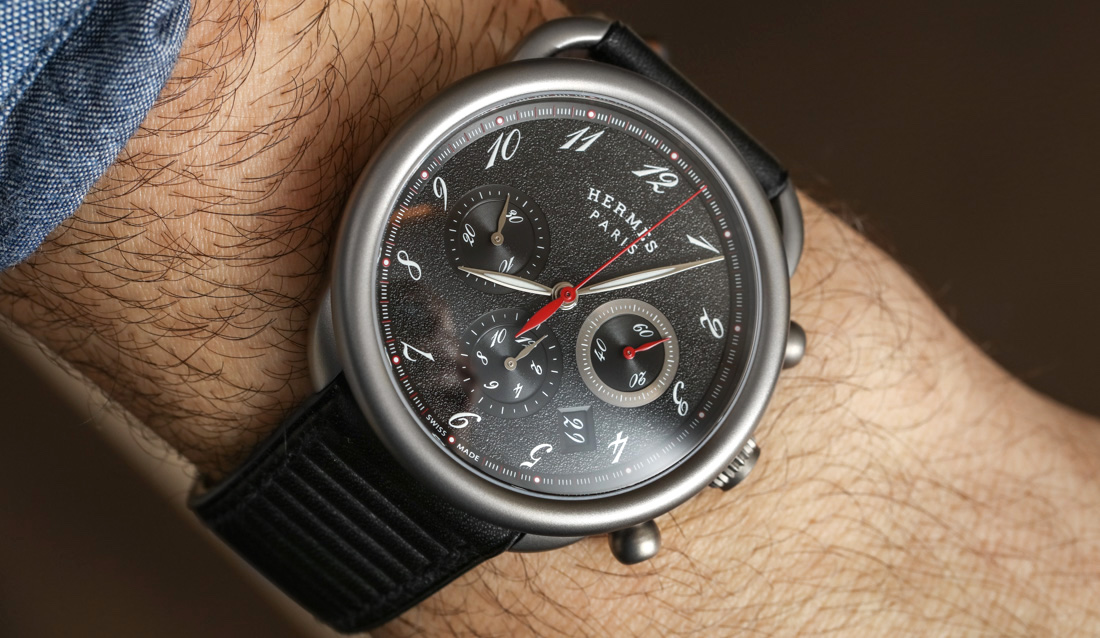 As the “Titane” part of the product’s name implies, these watches are produced from titanium. Hermès uses grade 2 titanium for what I believe is its slightly darker color. I happen to really like how the Arceau-style case feels in titanium in both aesthetics and the lightweight feel on the wrist. According to Hermès the 41mm wide width of the Arceau Chrono Titane positions it as a “very large model” though comparatively speaking it certainly is not. The rear of the case is also in titanium and has a pleasant Hermès brand motif – though a view to the movement through a sapphire crystal window would have been appreciated. Over the dial of the watch is an AR-coated sapphire crystal and the case is water-resistant to 30m (not super sporty). 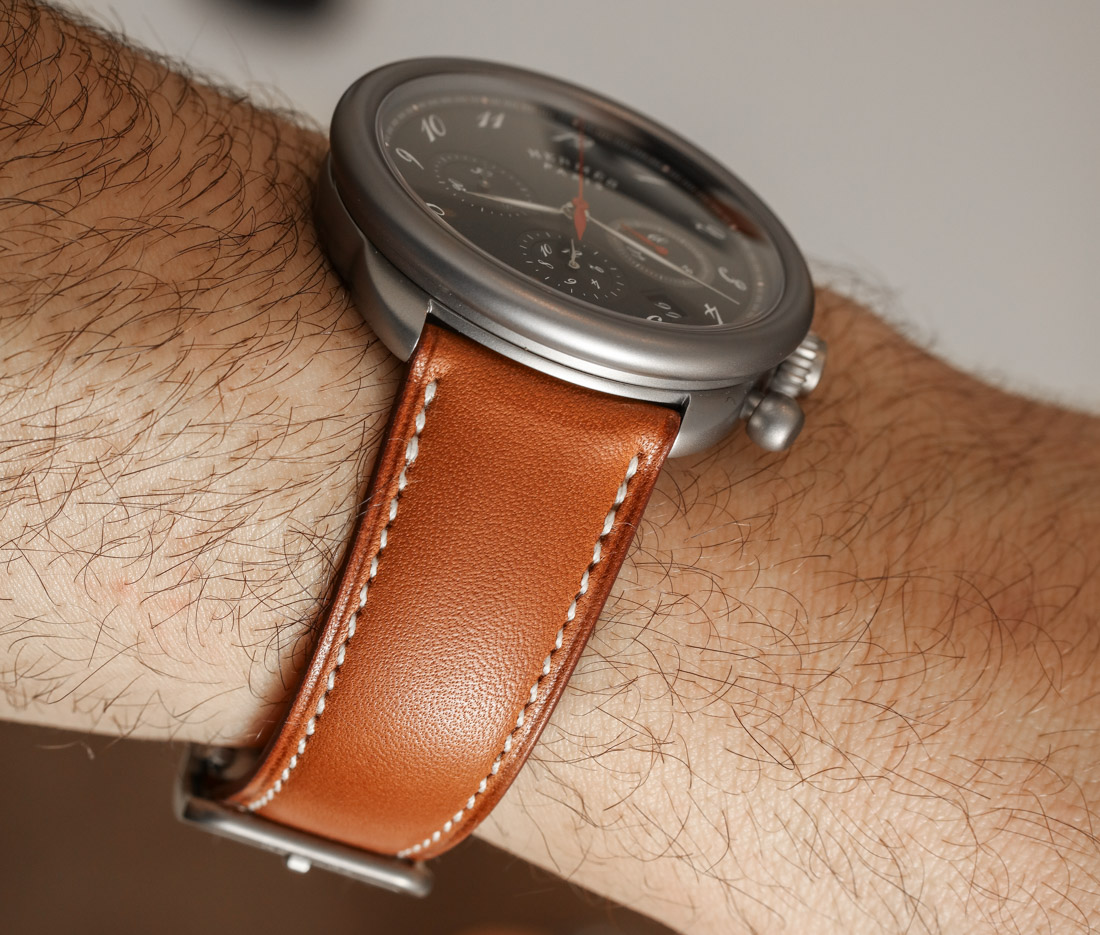 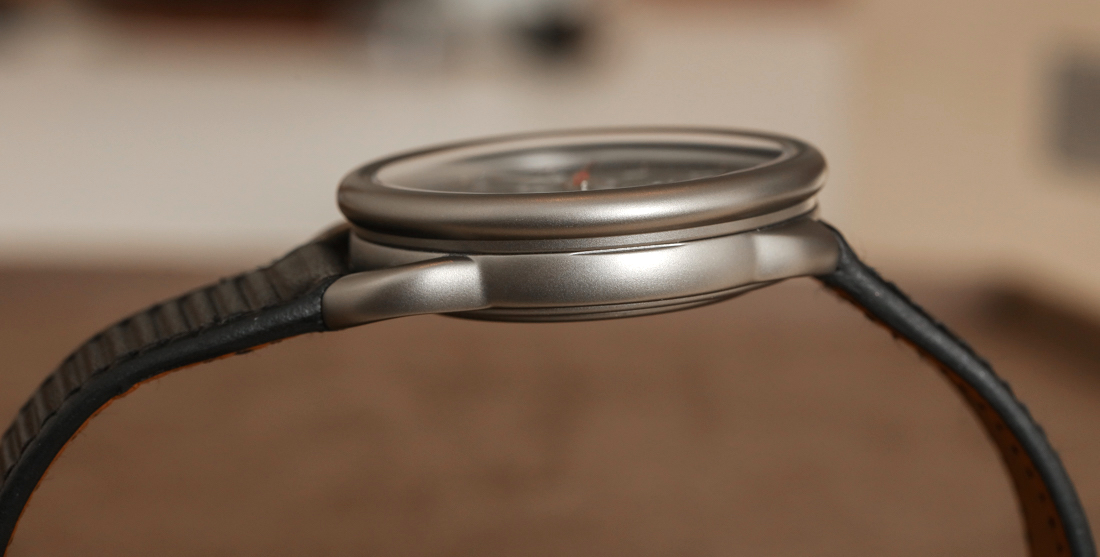 Inside the Arceau Chrono Titane is an automatic mechanical chronograph movement produced by Hermès’ own movement manufacture, Vaucher. The movement is appropriate without any particular standout features aside from the fact that I don’t worry about its operational characteristics, since it was designed to be reliable. The movement operates at 4Hz (28,800 bph) with a power reserve of 42 hours. Functions include the time, 12-hour chronograph, and the date with a window positioned between 4 and 5 o’clock. 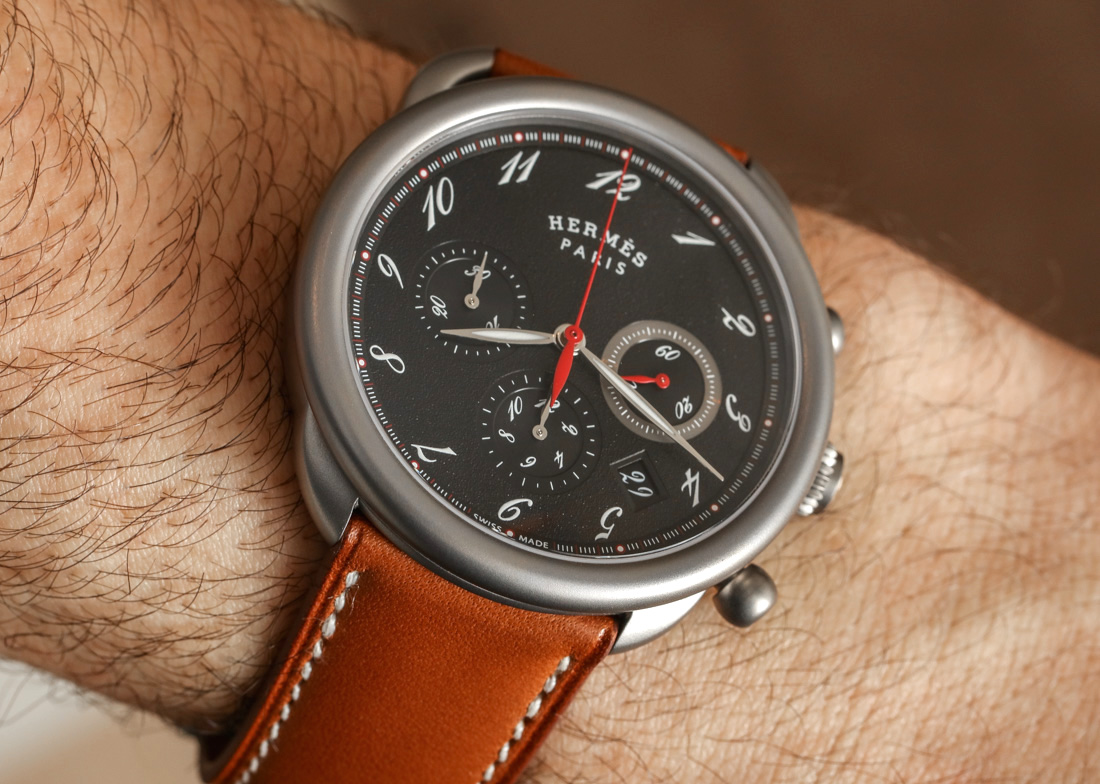 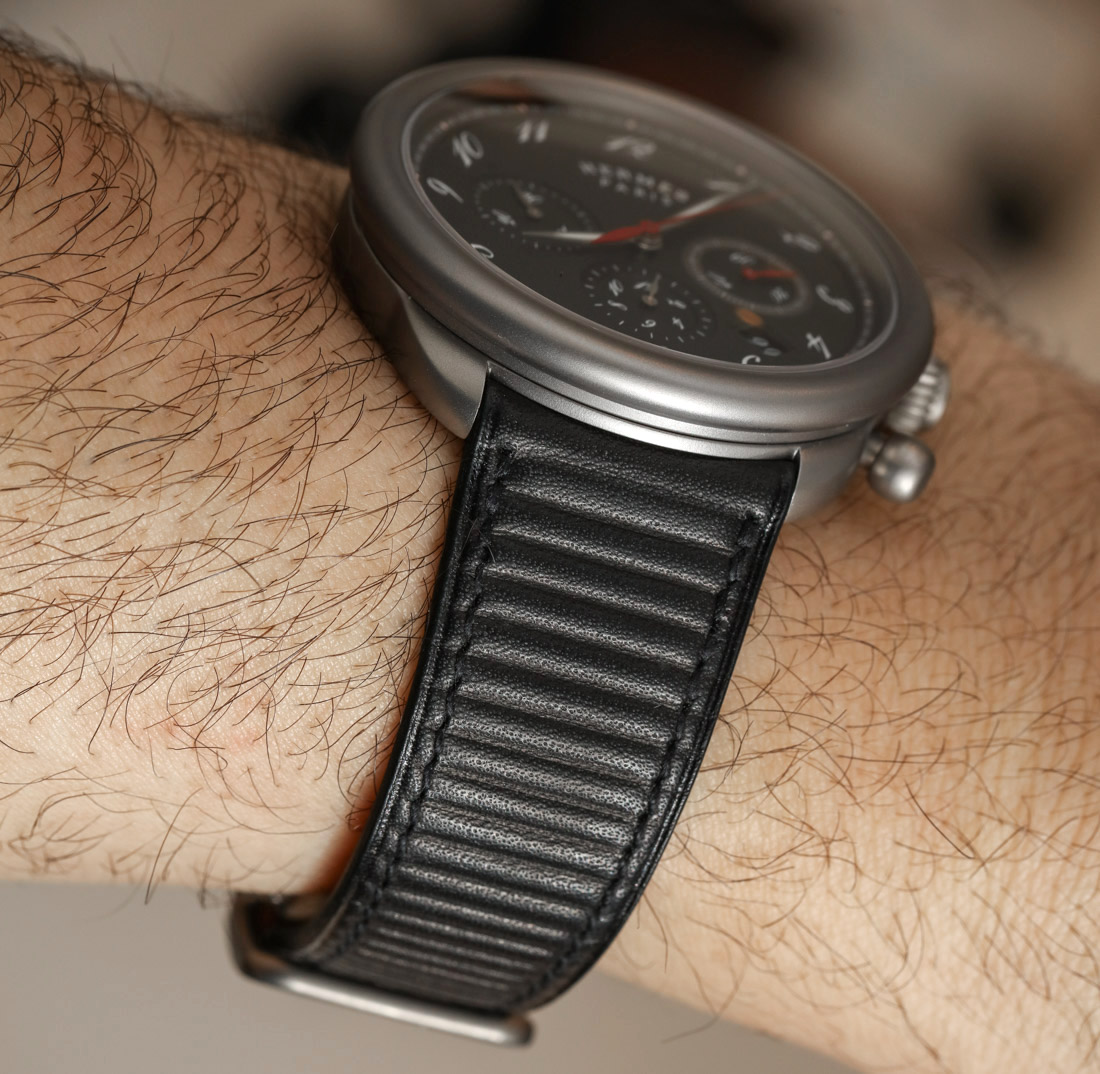 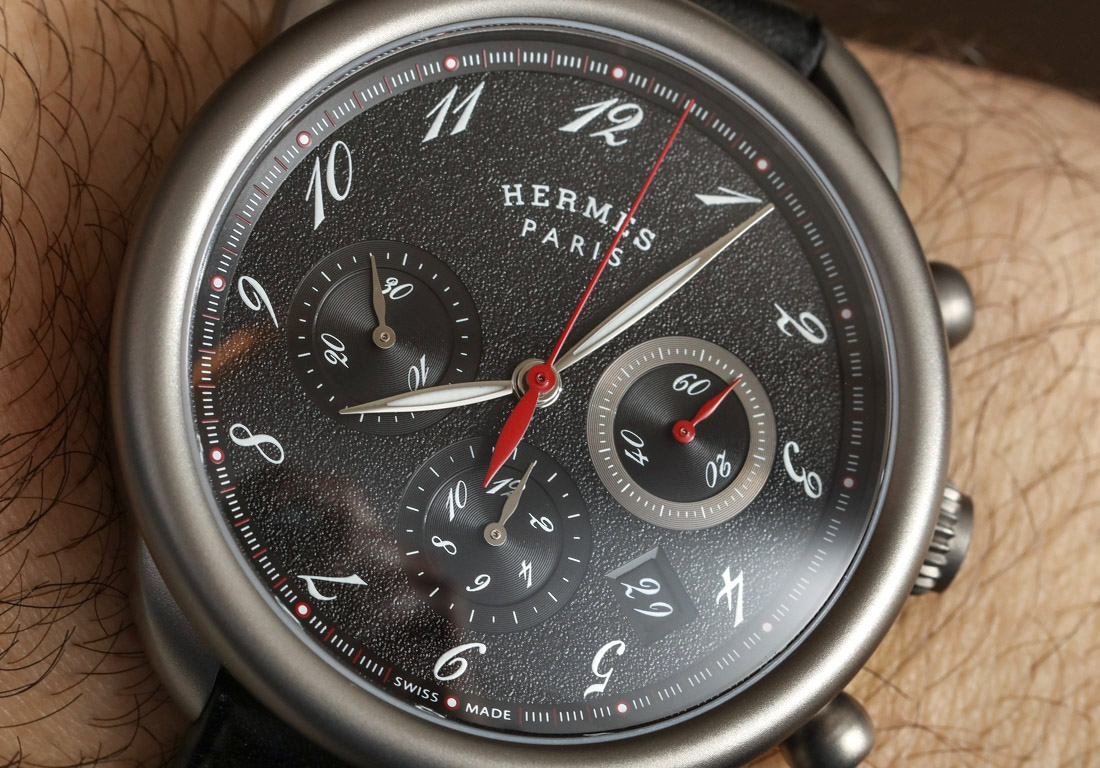 For the money I think there is fair value here. Normally I come to expect serious price premiums for any wristwatch coming from a major fashion house like Hermès. No, the Arceau Chrono Titane is not a budget watch, but it doesn’t feel terribly overpriced given the branding, case and construction quality, movement, and ability to serve as a timeless, versatile fashion item. As I mentioned above, Hermès is offering the titanium-cased Arceau Chrono Titane with two Barenia leather strap options. One is in “natural” brown calfskin leather and the other (my favorite) is on the black, embossed strap with its hip horizontal “quilting” pattern. What a difference a strap makes, right? This might be the first Hermès timepiece I’ve seen that is meant to go with a cool biker’s jacket. Price for the Hermès Arceau Chrono Titane watch is $4,950 USD. hermes.com