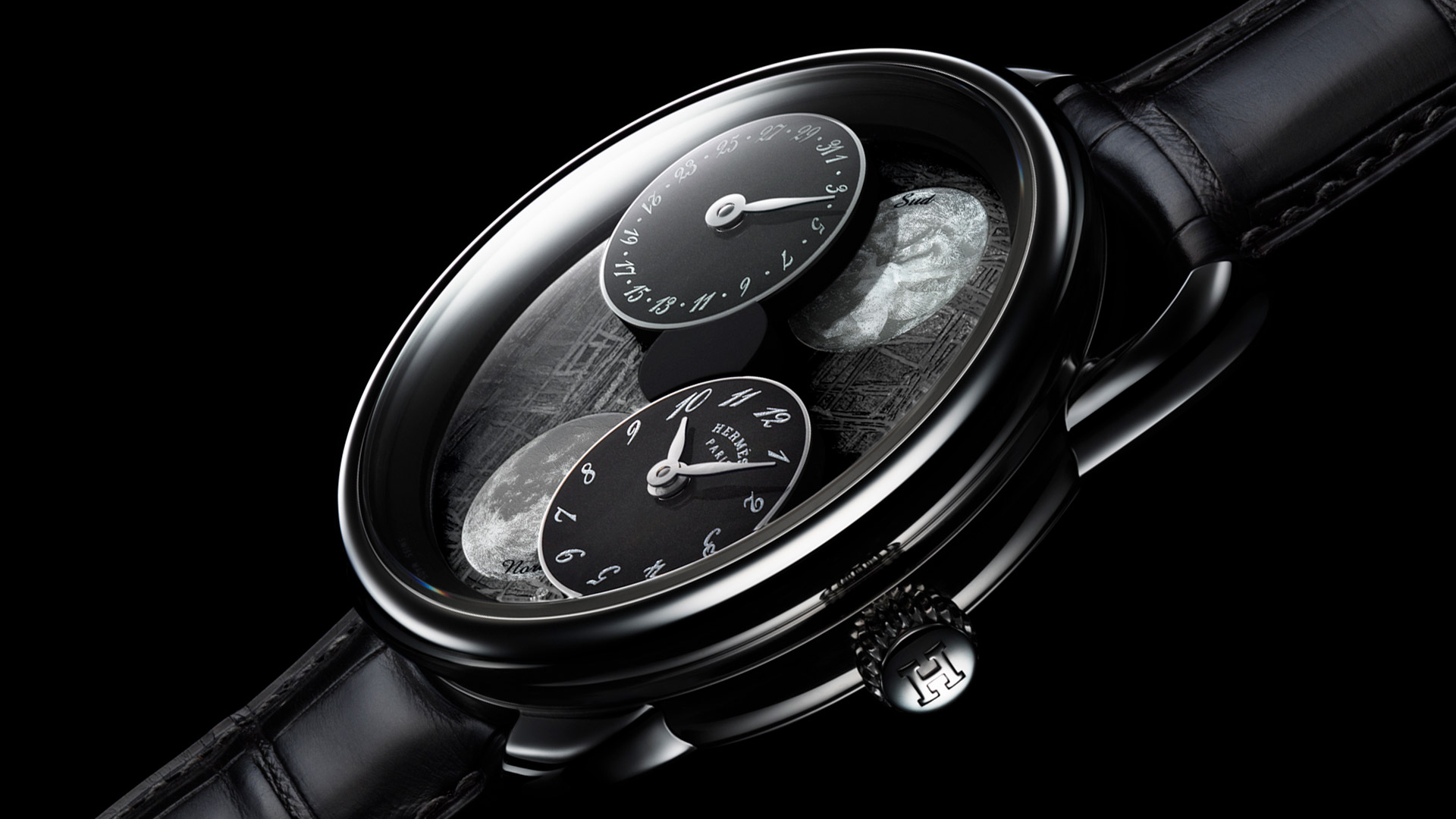 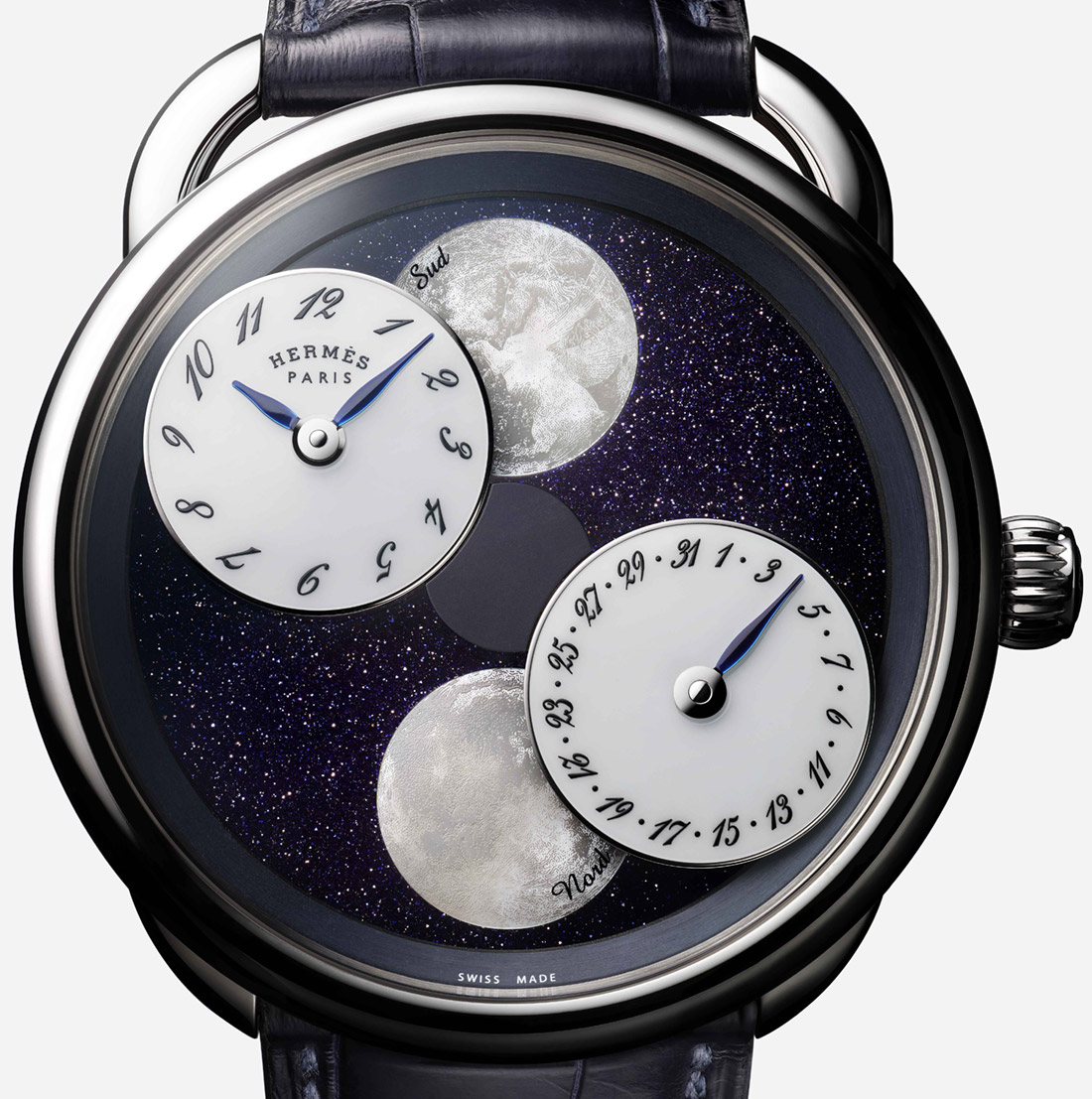 Let me start by saying that I’ve always felt that Hermès is a watchmaker that doesn’t get the respect it deserves. Over the last decade, more and more of their manufacturing has been dragged under one roof, and the pieces they’ve released have swung between the joyfully legible like the Hermès Slim d’Hermès and the mechanically momentous like the Hermès Le Temps Suspendu, for example. With the 2019 release of the Hermès Arceau L’Heure De La Lune watch, this historic company adds a truly exceptional timepiece to their range. 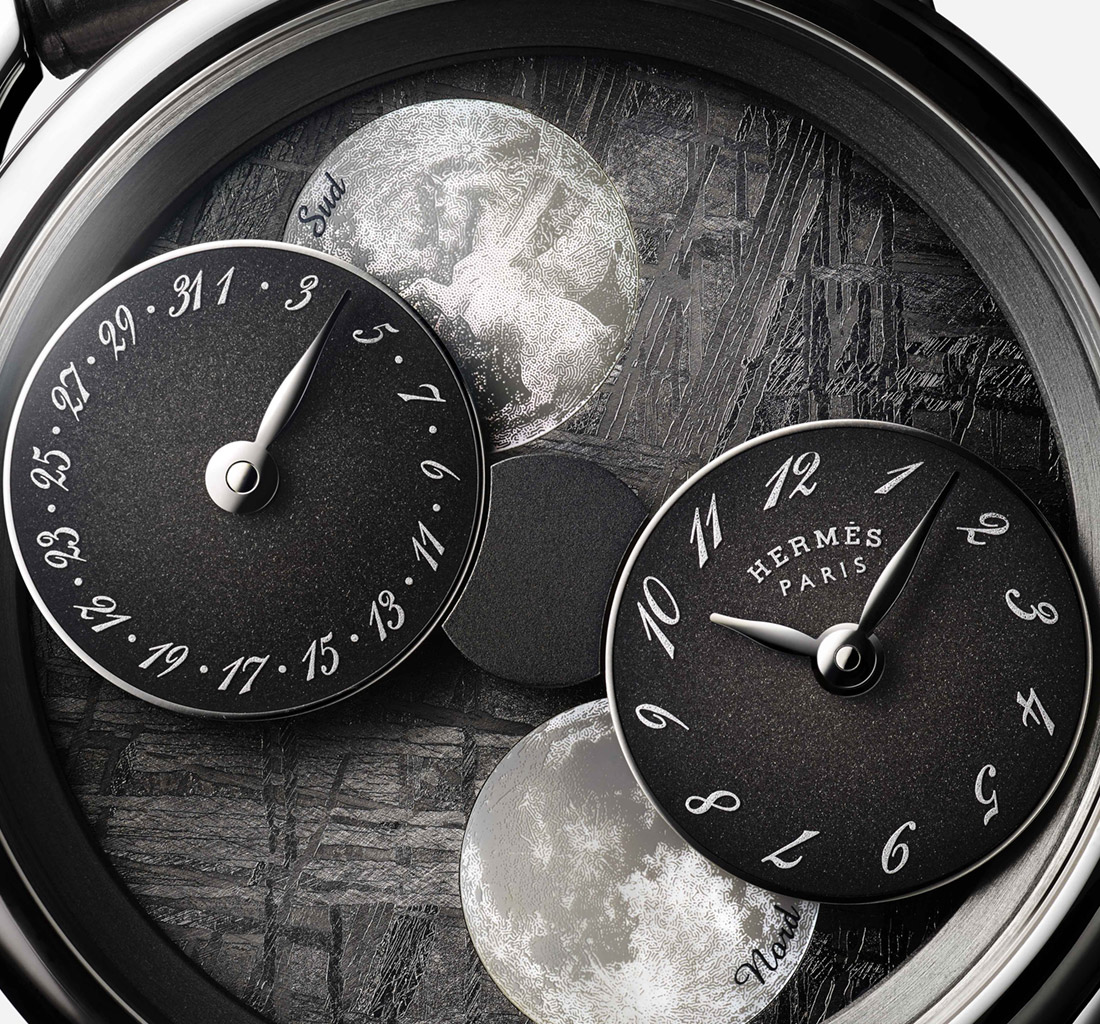 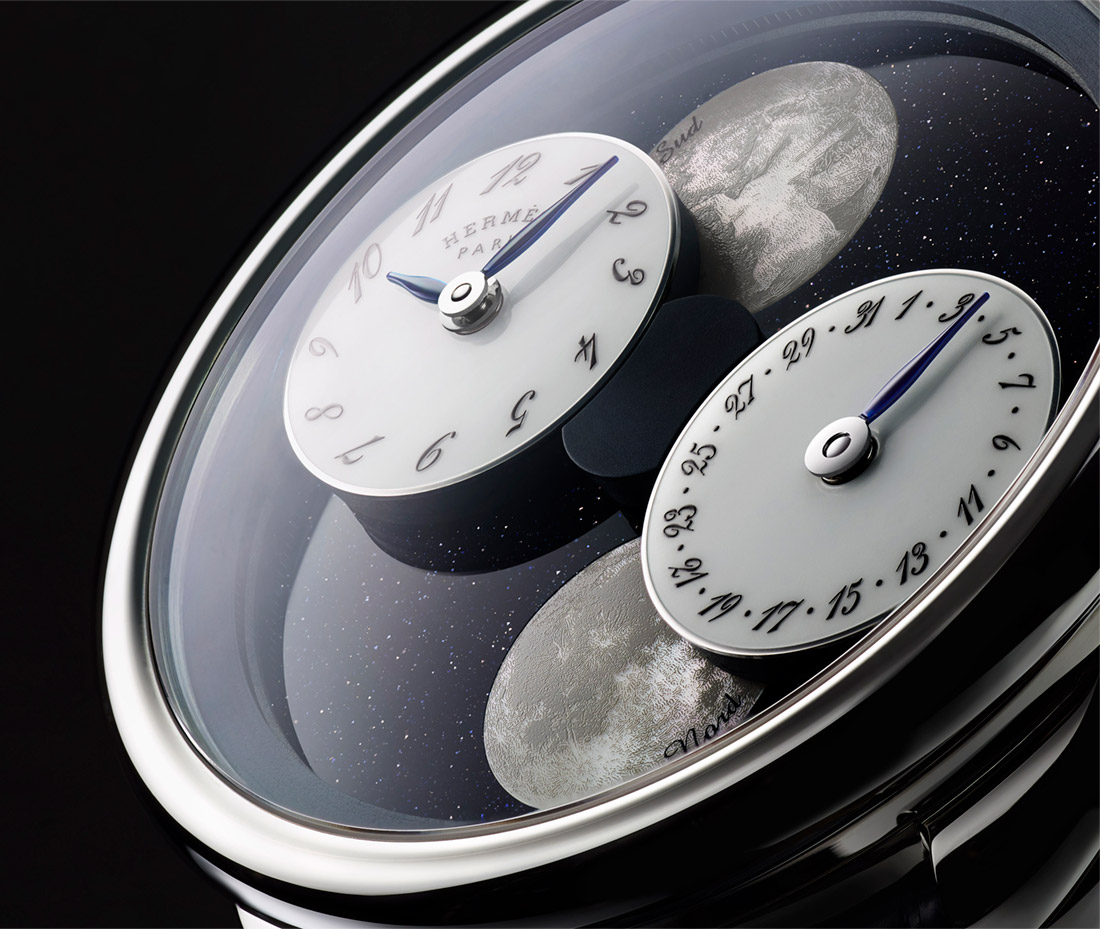 I’ve always loved a good moonphase complication. Practically useless for most people, a well-made moonphase is an almost microcosmic metaphor for the motivations of the industry en masse: the tireless pursuit of perfecting that which need not be perfected. To make a decent moonphase that is not only accurate, but also attractive and able to display the information in a novel and engaging way is difficult. It’s a task no watchmaker need undertake, but one so many do just for the sake of doing a difficult task well. 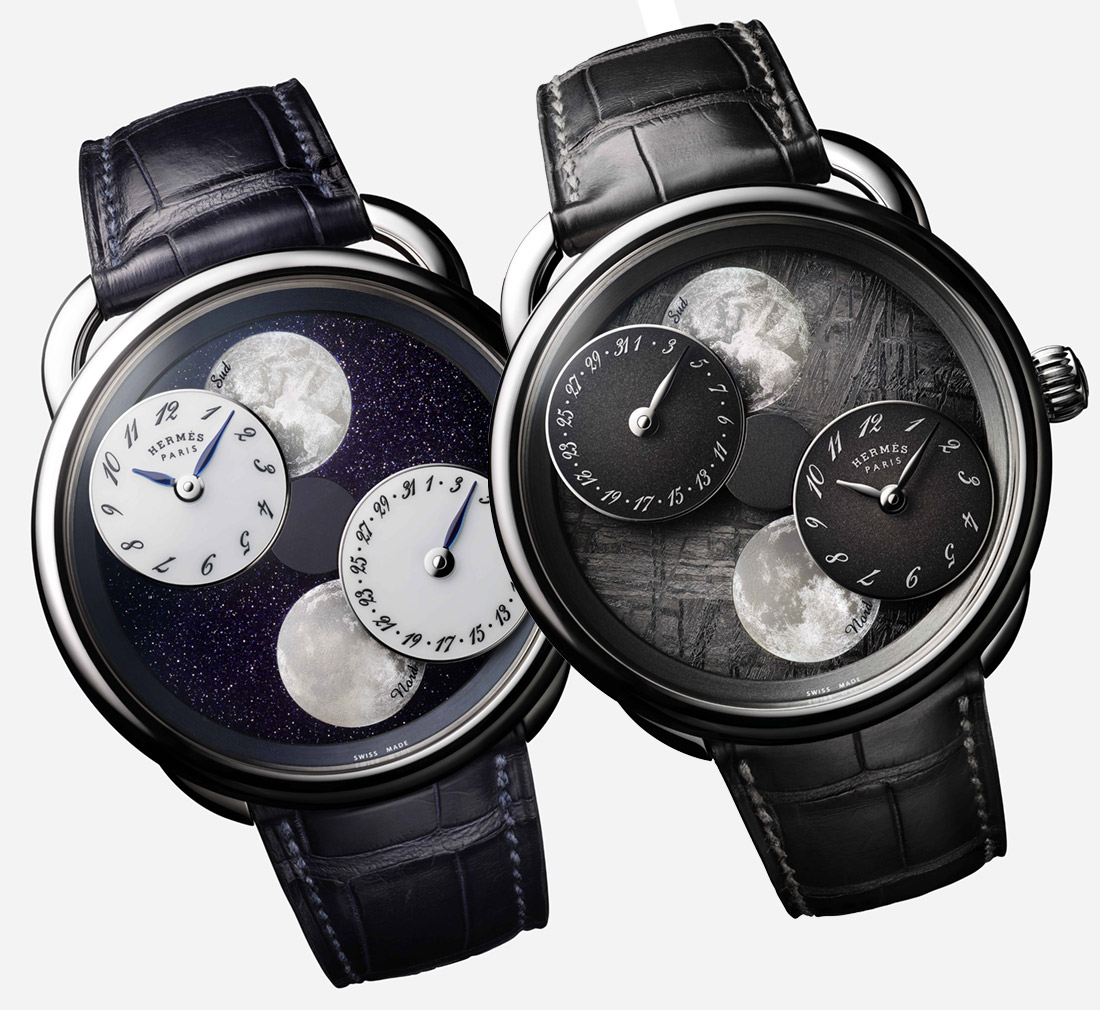 In the case of the Hermès Arceau L’Heure De La Lune watch success is found on both an aesthetic and a horological level. Firstly, the dial options are both exquisite. Hermès is offering either an aventurine or a meteorite background. As far as visual interest goes, both materials are right up there for me. In this case, both are perfectly congruous with the design concept. The aventurine looks like a starry night, while the meteorite is literally from outer space. 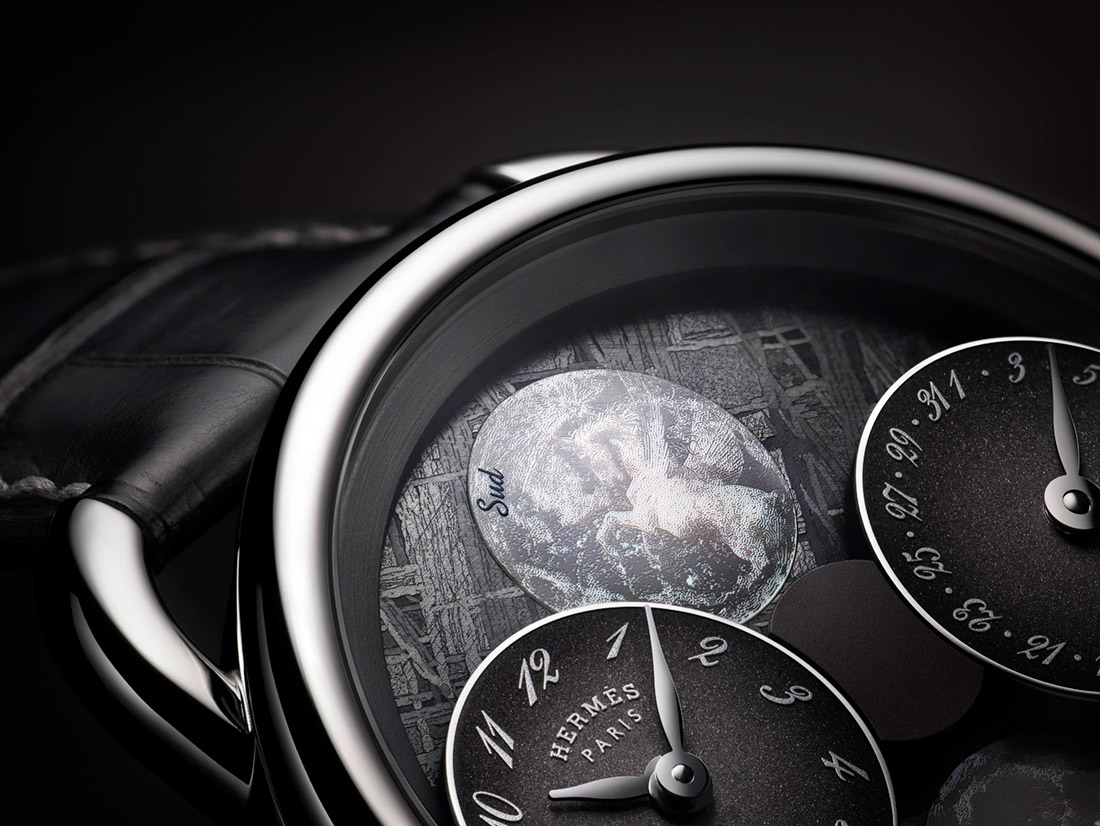 The dial displays the waxing and waning of the moon in the Northern and Southern hemispheres. The Hermès Arceau L’Heure De La Lune achieves this by rotating two dials (the time and the date) around a central axis. Each dial obscures a certain portion of each moon. It’s a bold, well-realised, ever-shifting display that is optically appealing. 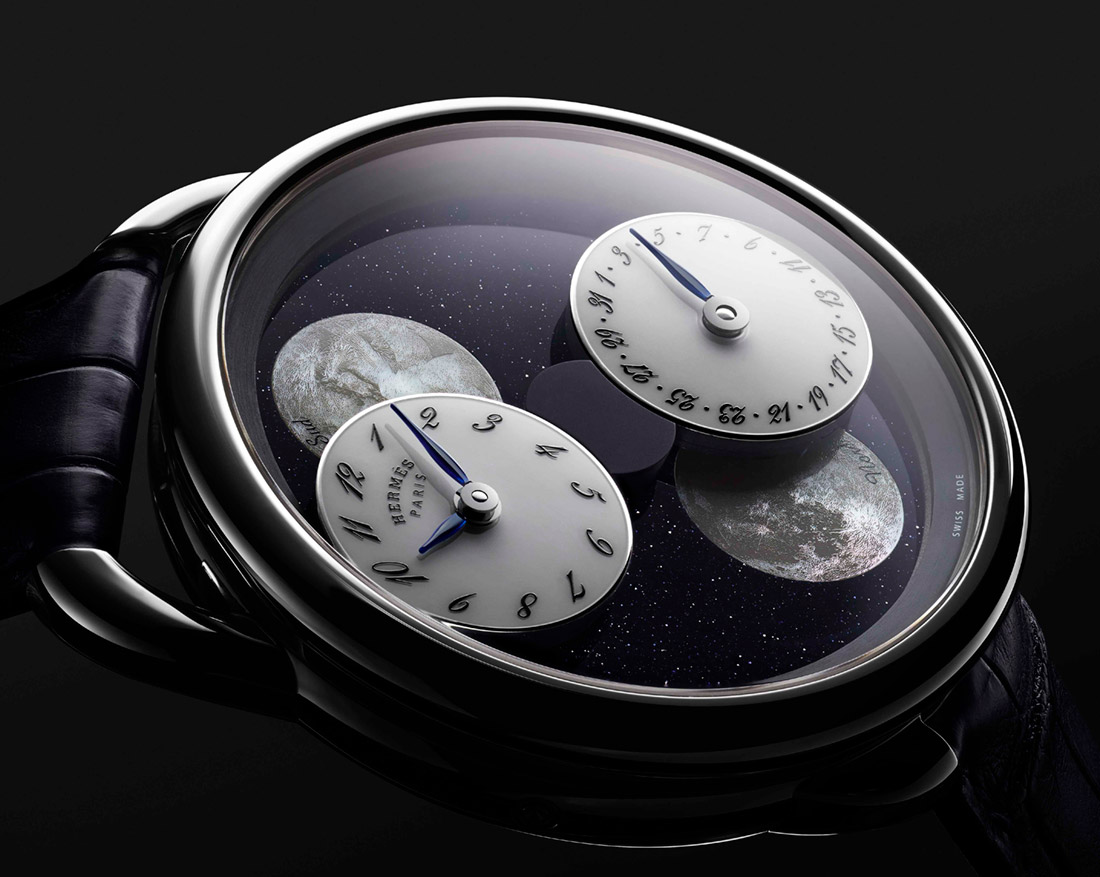 Both models are limited to 100 pieces each. That may seem a little high for a watch at this price level and with the niche nature of its appeal, but I think the concept is so neatly done it would have been a shame to produce fewer pieces. If I had to plump for one, I think the meteorite is the most interesting. Dark, moody dials are not something one associates with Hermès – I think it makes for a nice change. Price for each model is $25,500. Learn more at hermes.com