HYT Watch Teaser – Who Are The Hydro Mechanical Horologists? 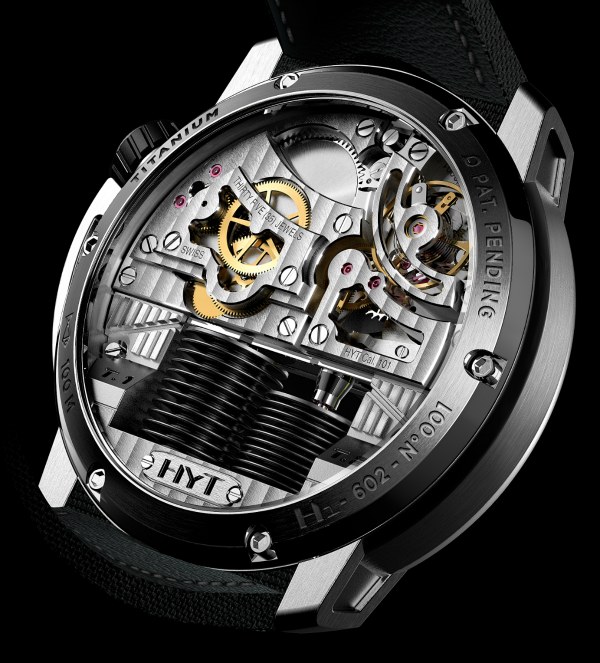 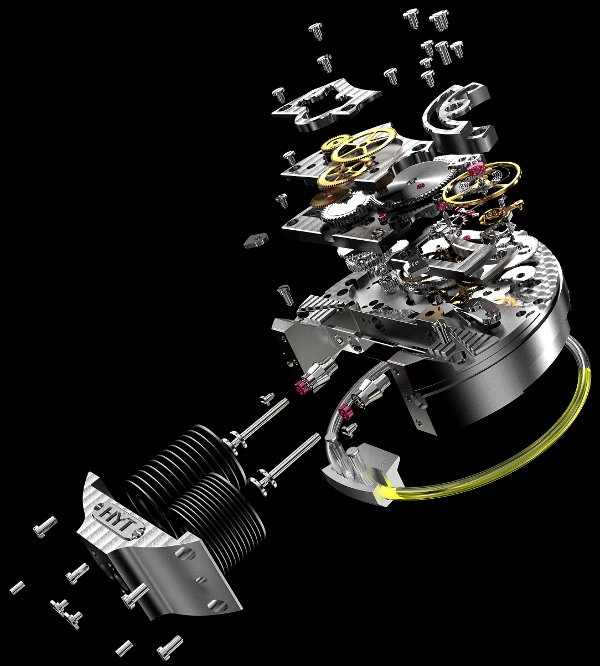 New high-end watch brand HYT is coming in 2012. I don’t much except that the watch(es) will somehow incorporate liquid – green, possibly luminescent, liquid. One of the brand’s principles is Vincent Perriard. Formerly CEO of Concord and then TechnoMarine. Perriard has been working quietly on HYT for a while now. In my opinion Perriard thrives when two things are in order. First, that he has a lot of creative freedom (I still think that TechnoMarine should have run his “Ocean Addict” ad campaign), and second, when he is able to work on a product that isn’t limited by too many budget constraints.

So who or what are the Hydro Mechanical Horologists? The world will find out soon, and I will keep you updated. For the time being enjoy the fun teaser video. Oh, and now I have been able to add an image of the watch caseback. 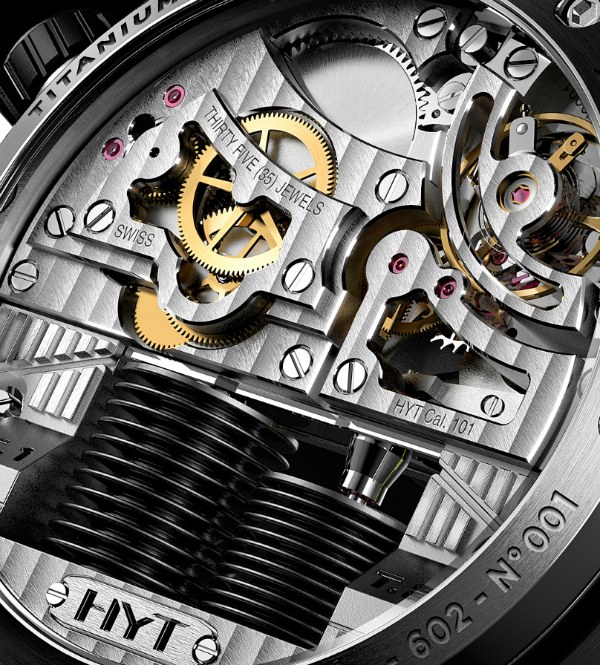 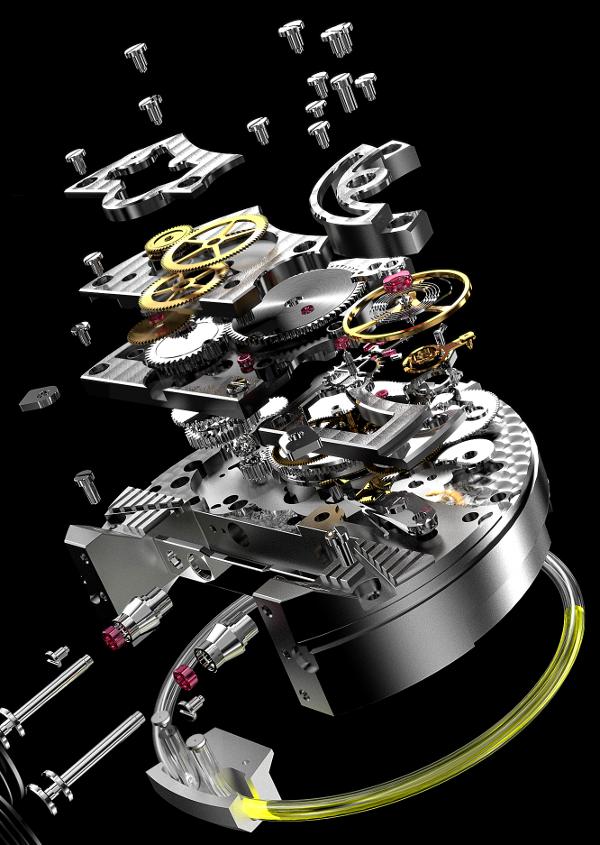 UPDATE: I have now updated this article on HYT watches with images of the watch movement and information on what it does. The HYT watch will incorporate the world’s first mechanical watch movement to display time with both hands and with liquid. The movement images indicate that there will be tubes filled with liquid that will increase or decrease in volume – likely to indicate the time on some type of scale. Seeing the video in combination with the movement images helps you realize that. 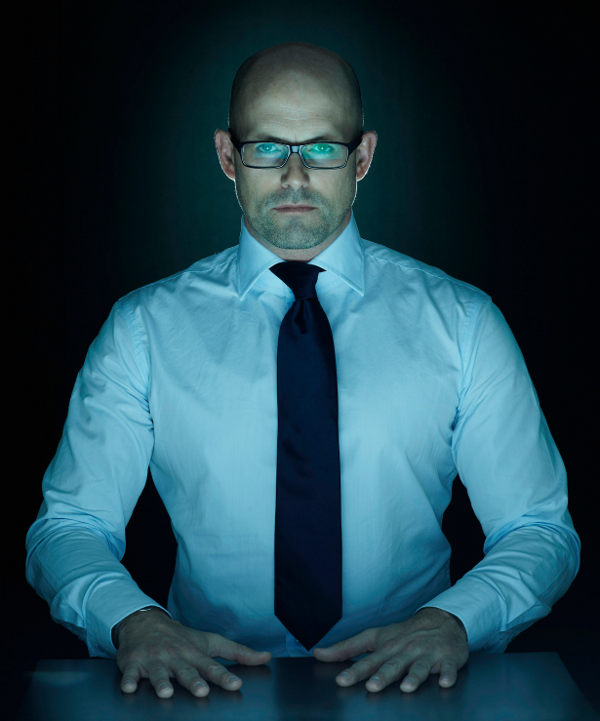 According to Perriard the name of the HYT watch movement is the caliber H1. It will have 65 hours of power reserve and be manually wound. Further, the movement was partially developed by the well-respect Jean-Francois Mojon, and the liquid system was developed by a company called Helbling Techniks in Switzerland. I look forward to seeing more soon!