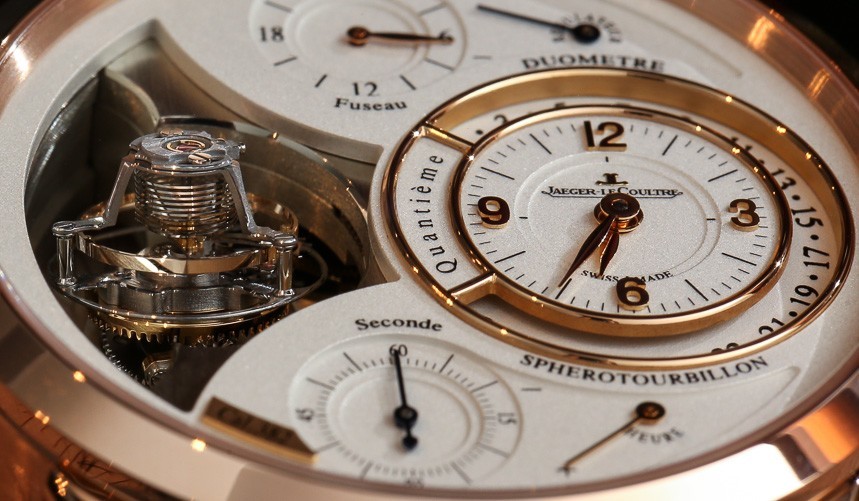 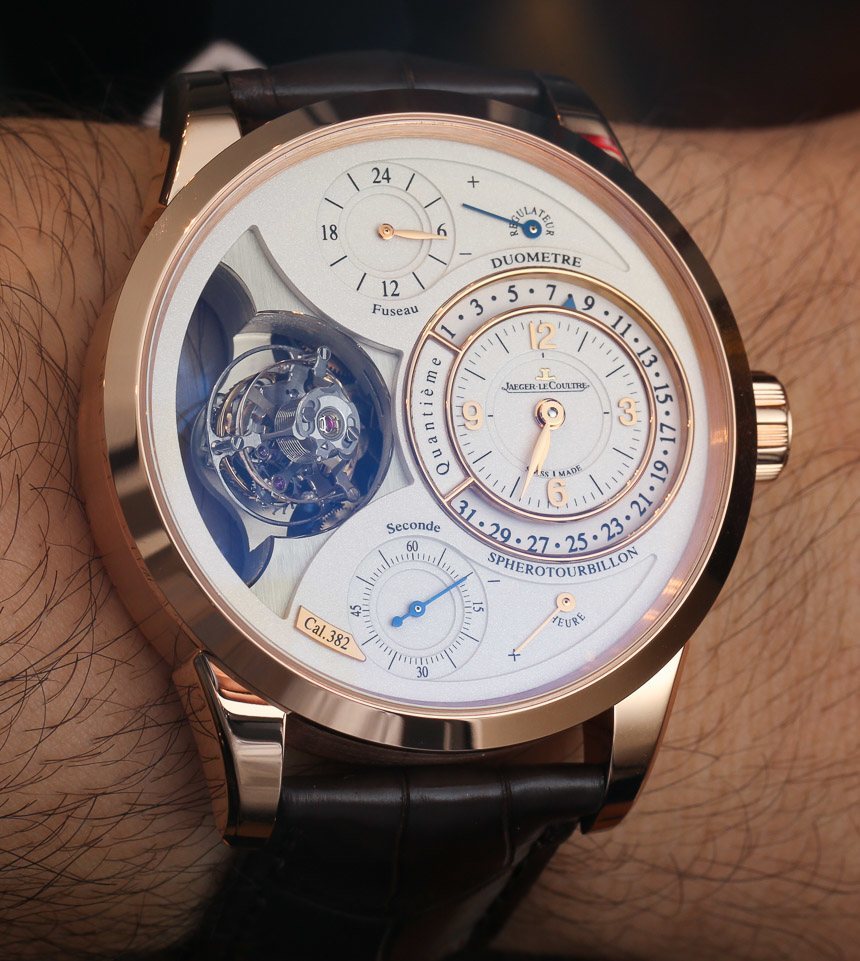 Pretty much, only brands like Jaeger-LeCoultre are able to accomplish such feats of engineering that result in working watches and don’t suffer from “barely working to broken” within a few months. That isn’t a joke, as a lot of “exotic” complications from smaller brands don’t really receive the research and development necessary for them to be reliable machines. In some instances, it doesn’t even make economic sense for brands to do so. Imagine a company comes out with a limited edition of 20 pieces model that includes a novel mechanical complication – how much money and effort can they afford to put into testing the mechanism and still produce, deliver, and ideally profit on that few watches? Just think about it. 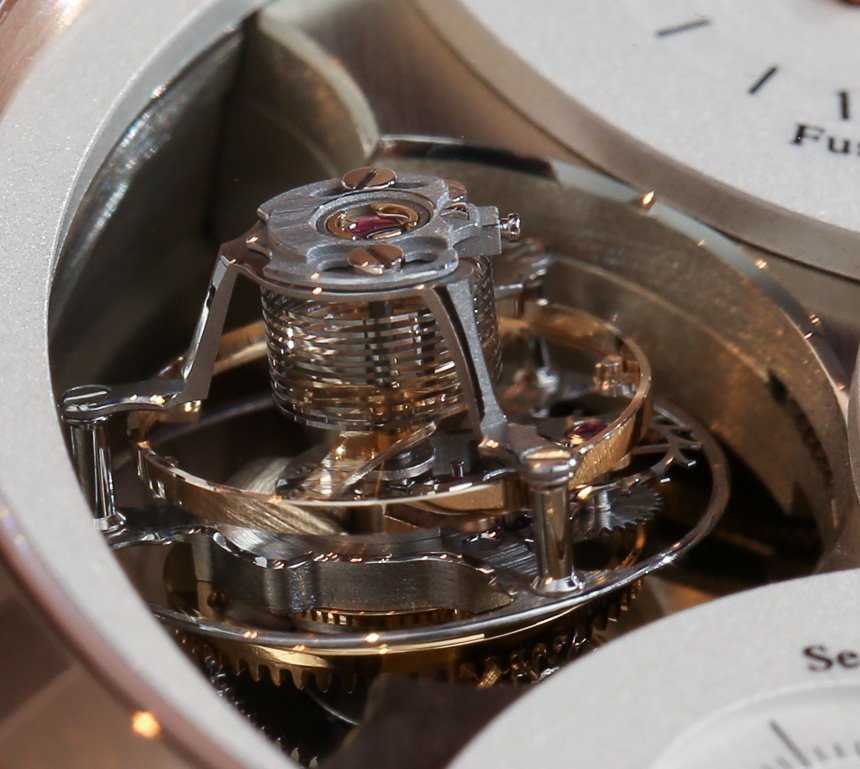 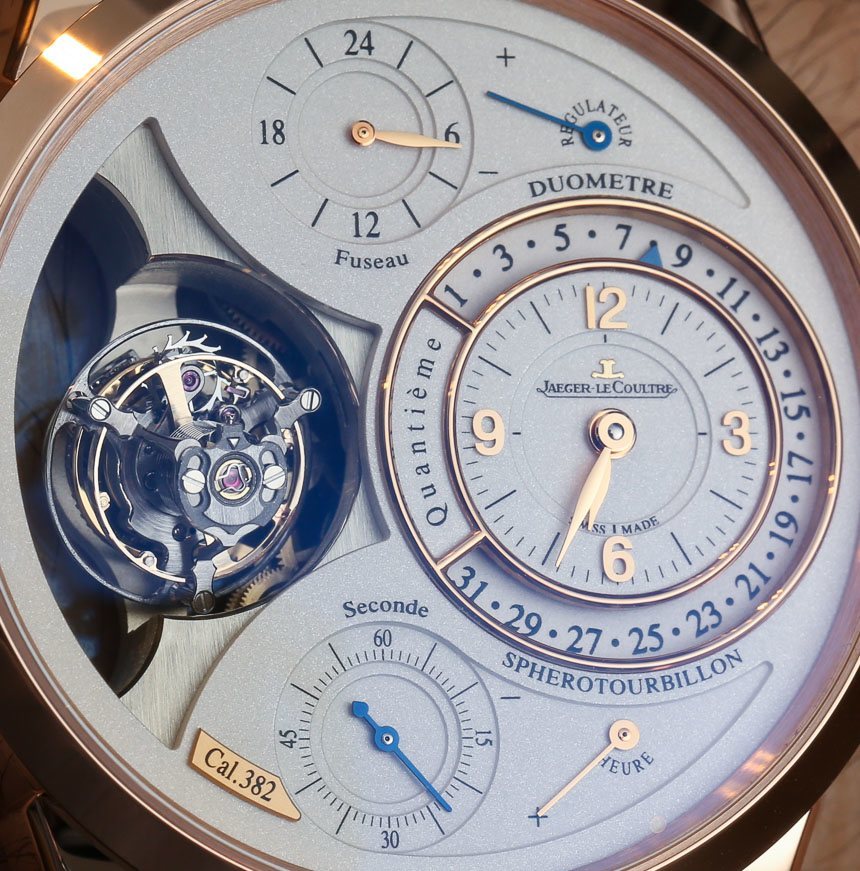 Having said that, Jaeger-LeCoultre is not producing the Jaeger-LeCoultre Duometre Spherotourbillon as a limited edition model. These aren’t “high-production” by any means, but they aren’t limited. Furthermore, Jaeger-LeCoultre has a good track record of ensuring that its movements are pretty reliable and “work.” A good example is the famous Gyrotourbillon collection of watches. While they don’t preform better than more traditional mechanical movements, they don’t perform any worse – which is actually saying a lot in an era where accuracy takes a sidestep to mechanical novelty and visual splendor. Let’s be frank, no one needs tourbillons, but many people want tourbillons. And if you’ve had a few tourbillons already, what are you going to focus on next? Something like the Jaeger-LeCoultre Duometre Spherotourbillon. Further, with Jaeger-LeCoultre’s focus on traditional conservative style, you don’t need to have an exotic complication with a weird looking dial and case that might not appeal to you.

There is something a bit hypnotically mesmerizing about the Jaeger-LeCoultre Duometre Spherotourbillon in action, and what makes it so interesting is the cylindrical construction of the entire assembly. The “spherotourbillon” itself consists of 105 parts, which are mostly titanium and some 14k gold (as screws and weights). The entire mechanism takes about 30 seconds to fully “revolve,” and as I mentioned above, the balance spring isn’t flat like most balance springs, but cylindrical.

This isn’t new to watches or Jaeger-LeCoultre. The Gyrotourbillon II has a cylindrical balance spring, and the Gyrotourbillon III even had a spherical balance wheel. In some applications, these exotically shaped balance wheels can help with better chronometry. In this case, I just think it looks very cool – and most people agree that it really does. The overall movement is the in-house made Jaeger-LeCoultre caliber 382, and it fits into the Duometre family. That means it has a mainplate produced from German silver, and also that separates the power going to the time telling mechanism from the mainspring that powers the other complications. Thus the caliber 382 has two mainspring barrels and a total power reserve of 50 hours. 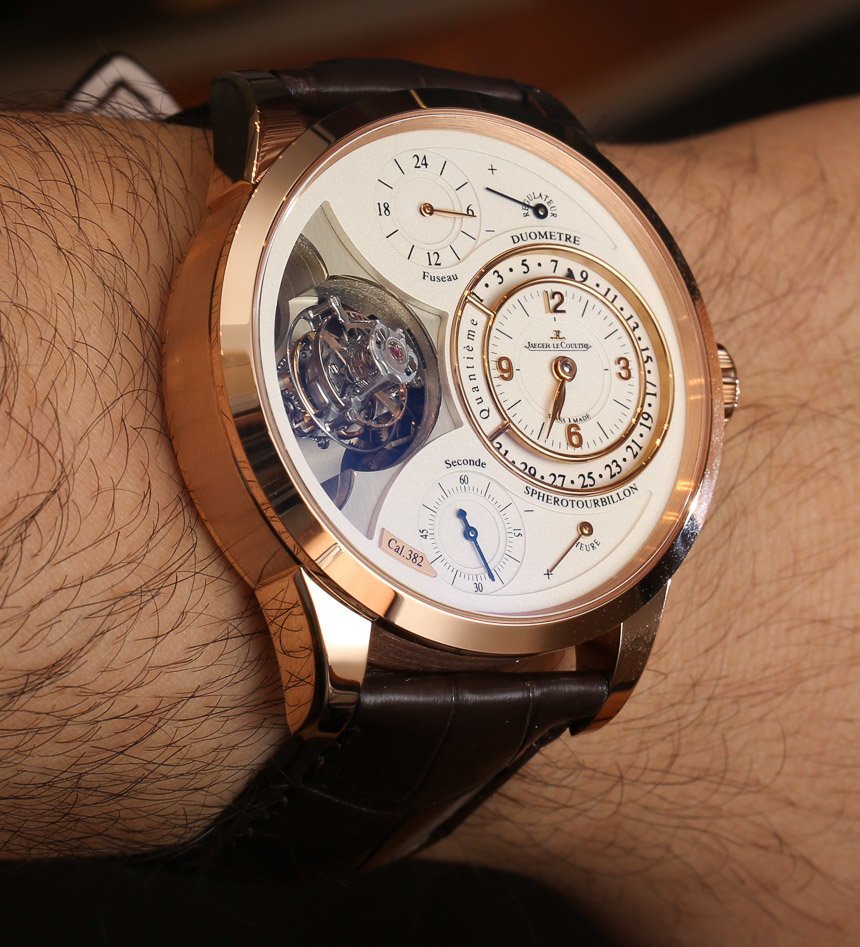