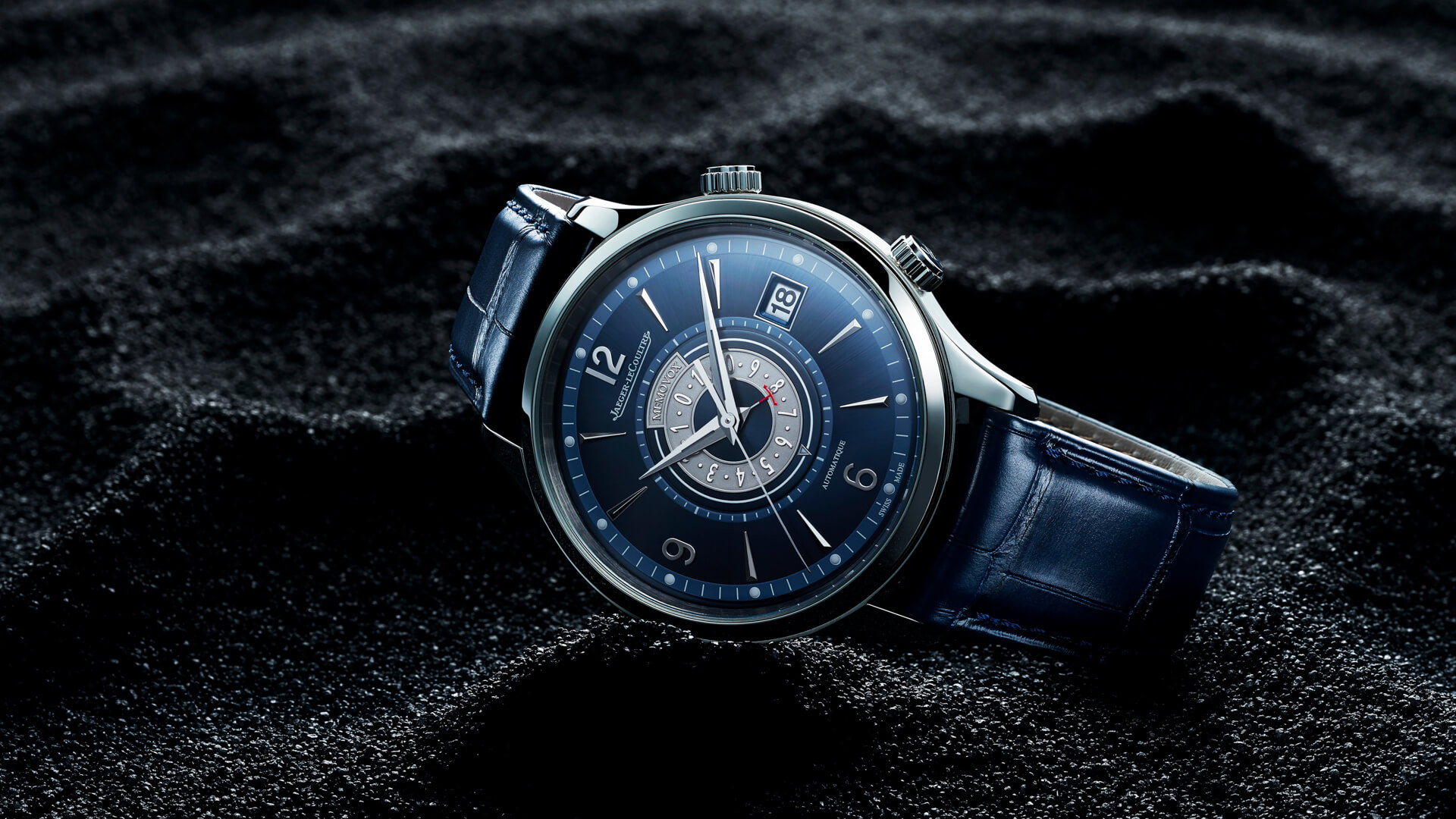 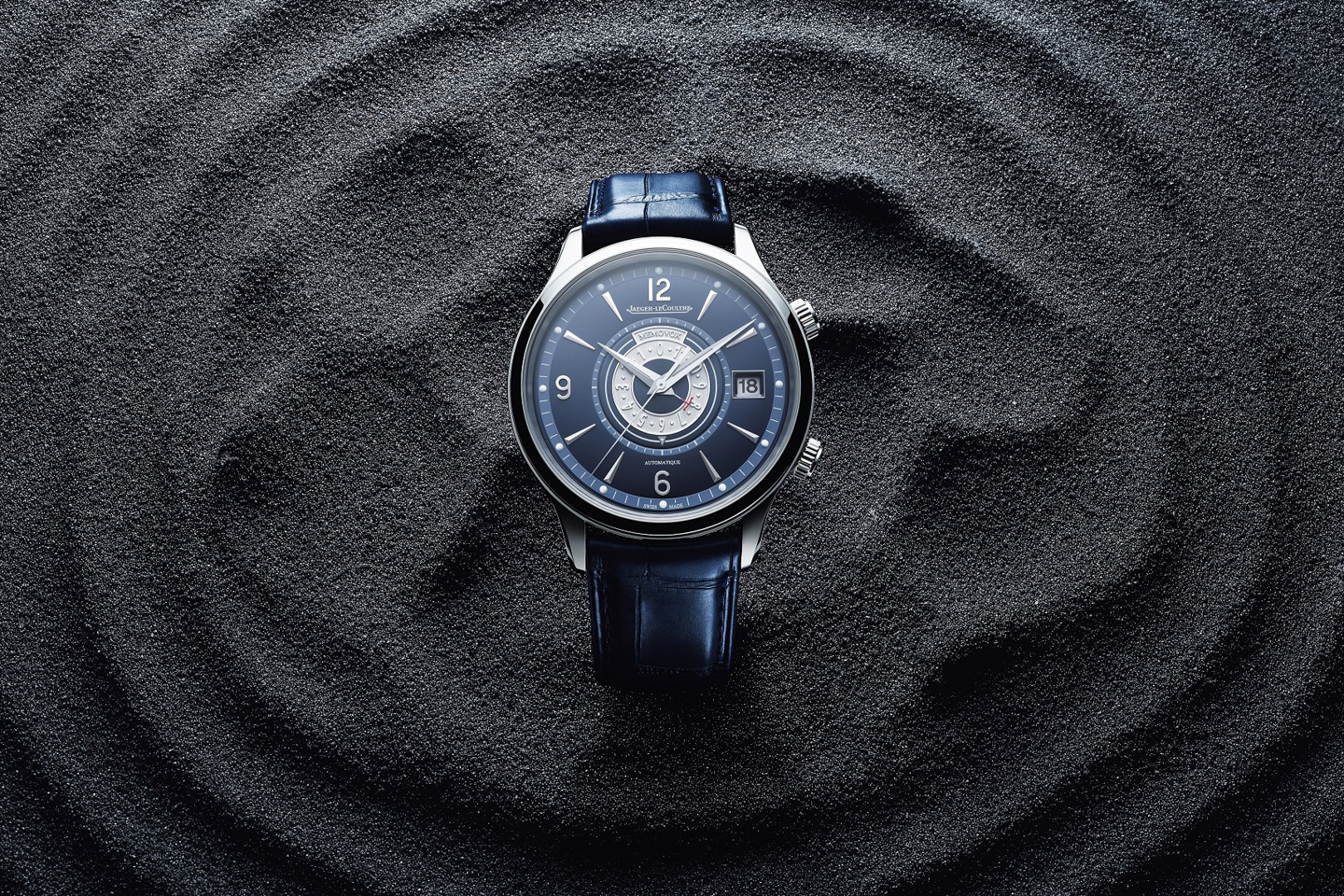 You simply can’t have a conversation about Jaeger-LeCoultre without mentioning the Memovox alarm — one of the Swiss maison‘s most interesting, and longest-running complications. It’s a shame that there aren’t more mechanical alarm watches out there, as the complication ranks alongside a date or a chronograph as the most practical features to have on your wrist in everyday life. As we most recently saw with JLC’s update of the Master Control collection back in April for the inaugural digital Watches & Wonders, the standard Memovox gets a similar series of updates to the case and dial, in addition to an entirely new limited-edition blue-dialed Memovox Timer that packs a neat functional twist under its hood. 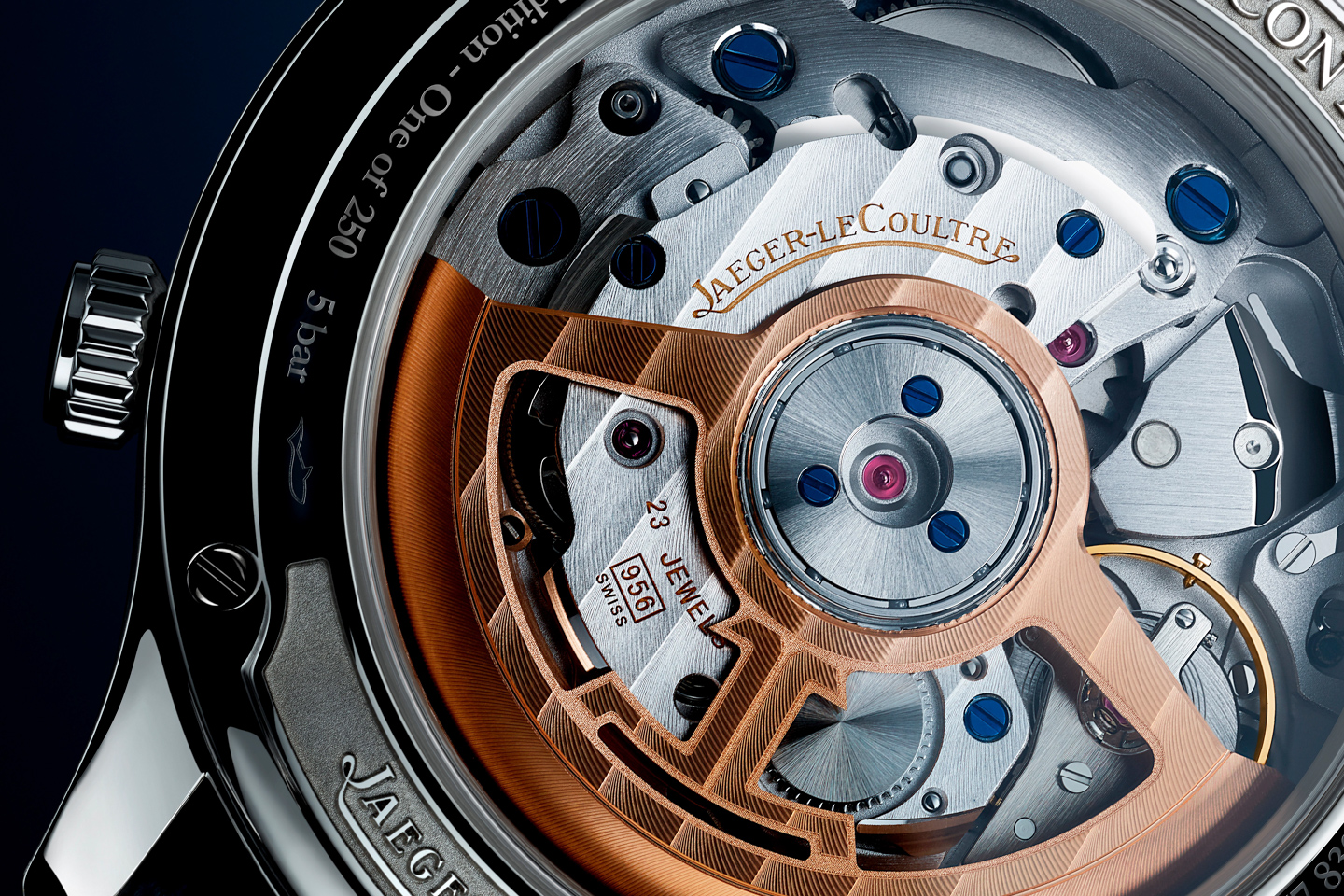 Before we get to the new Memovox Timer, though, the changes to the classic mid-century Master Control aesthetic are worth repeating — particularly with the updates to the bezel design on the case (though the new Memovox remains at 40mm, just like its outgoing variant), and the subtle refinements to the hour markers.  Another key update on the new Memovox is in its caseback, which is now an exhibition sapphire crystal for the first time, enabling a neat view of the Calibre 956, which has historically always been obscured behind a solid stainless steel back. Now, whether or not this update will change the Memovox’s signature ringing tone remains to be heard — we’ll have to wait until we can set one off on the wrist to know for sure.

Since it was introduced in 1956, the Memovox has always adhered to a pretty predictable means of operation: Use the second crown at 2 o’clock to wind, then “set” the alarm (this crown also sets the date when rotated in the opposite direction) by rotating the center disc to the desired hour of the alert. Then, you just push the crown back in and wait. Now, unlike many “cricket-style” alarm watches that are characterized by a shrill buzzing sound, the Memovox is a true alarm in the sense that it sounds a little bit like a classic school or firehouse bell — albeit on a miniaturized scale — where a small hammer is striking an equally small gong at a super high rate of speed (click here to listen for yourself). Like past versions of the Memovox, the new Timer still operates on the same principles, and it still lacks any indicator of whether the alarm is armed or not (remember, it’s not a bug, it’s a feature), which might put you in for a rude awakening should it go off unannounced in the wee hours of the morning. 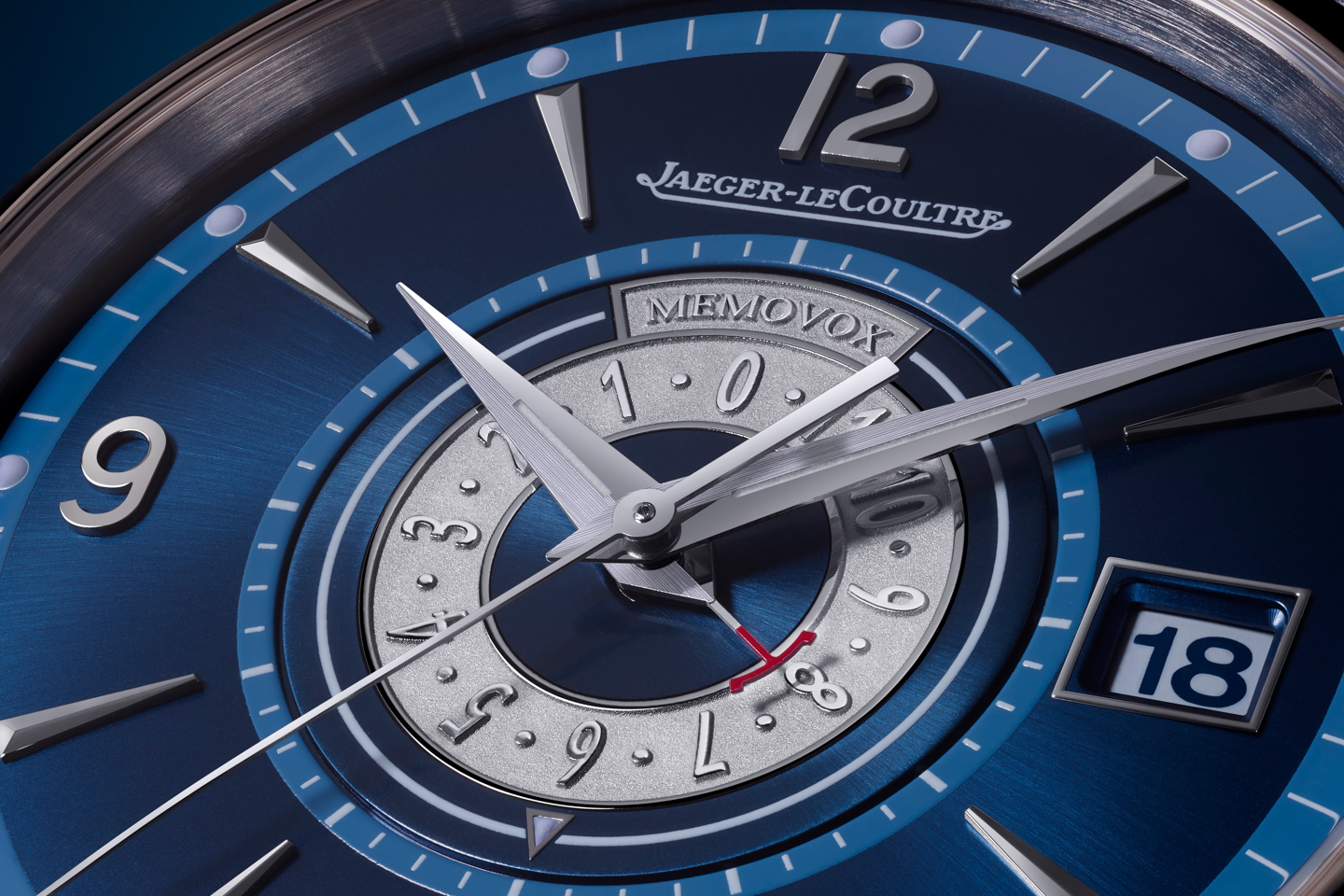 As mentioned above, the new Limited Edition does pack one additional alarm feature: a timer that now enables the wearer to set the alarm on the basis of elapsed time, in addition to a specific hour of the day. (PS: Your iPhone has this same feature, and it’s also just called “timer.”) The specific hour alarm is still set via the rotating ring set in the center of the dial, noted by its luminous triangle that points directly to an hour/minute track for easy setting. In contrast, the new timer function is delineated by a red twin-tipped “JL” hand that hovers over a gorgeous engraved relief in the center of the dial, which makes it much easier to set the alarm for the desired time. Either use the luminous triangle to indicate the specific time, or align the numbered disc with the red hand for the number of hours that need to elapse before the alarm goes off.

It’s an innovative and very handy upgrade to the alarm, one that removes the guesswork out of trying to determine what time the alarm should go off, rather than answering the simple question of “how many minutes or hours from now do I need a reminder?” It could be for a loaf of bread in the oven, a turkey in the smoker, a parking meter, or simply the desired number of hours for an afternoon nap. Interestingly, the movement being used for the new timer function is still JLC’s Calibre 956, which means the only real changes under the hood are likely through the operation of the crown at 2 o’clock and not to the movement itself. As we’ve reported before, this Calibre is subjected to JLC’s strict 1000-hour certification test for chronometric reliability, and both of the Memovox watches they’re cased in bear an eight-year warranty. 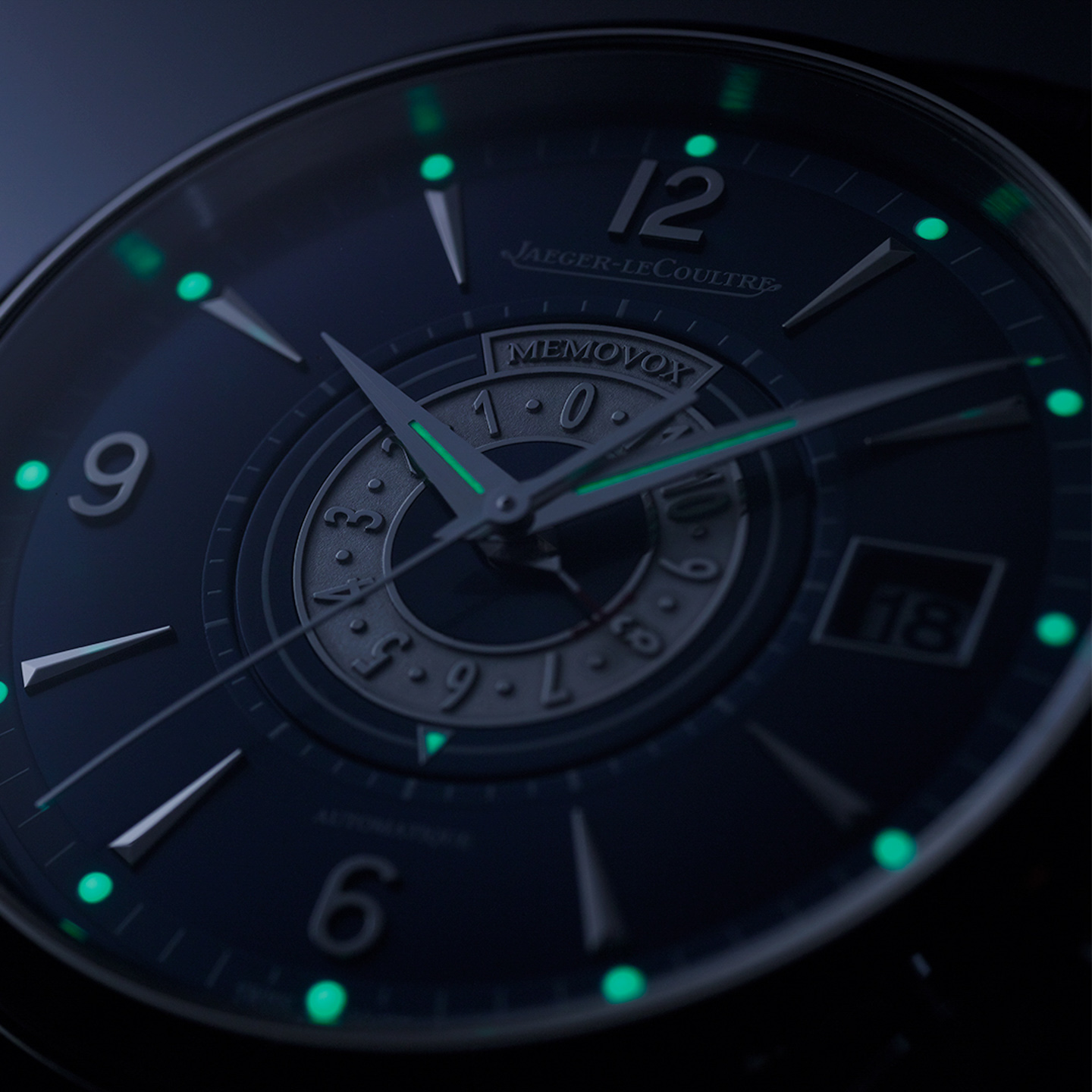 Like the recently updated Master Control watches, the new Master Control Memovox is also subjected to JLC’s 10% price increase, but the limited-edition variant gets a new price entirely: $15,600, up from the $11,600 price of the non-limited version. For more, head to jaeger-lecoultre.com.