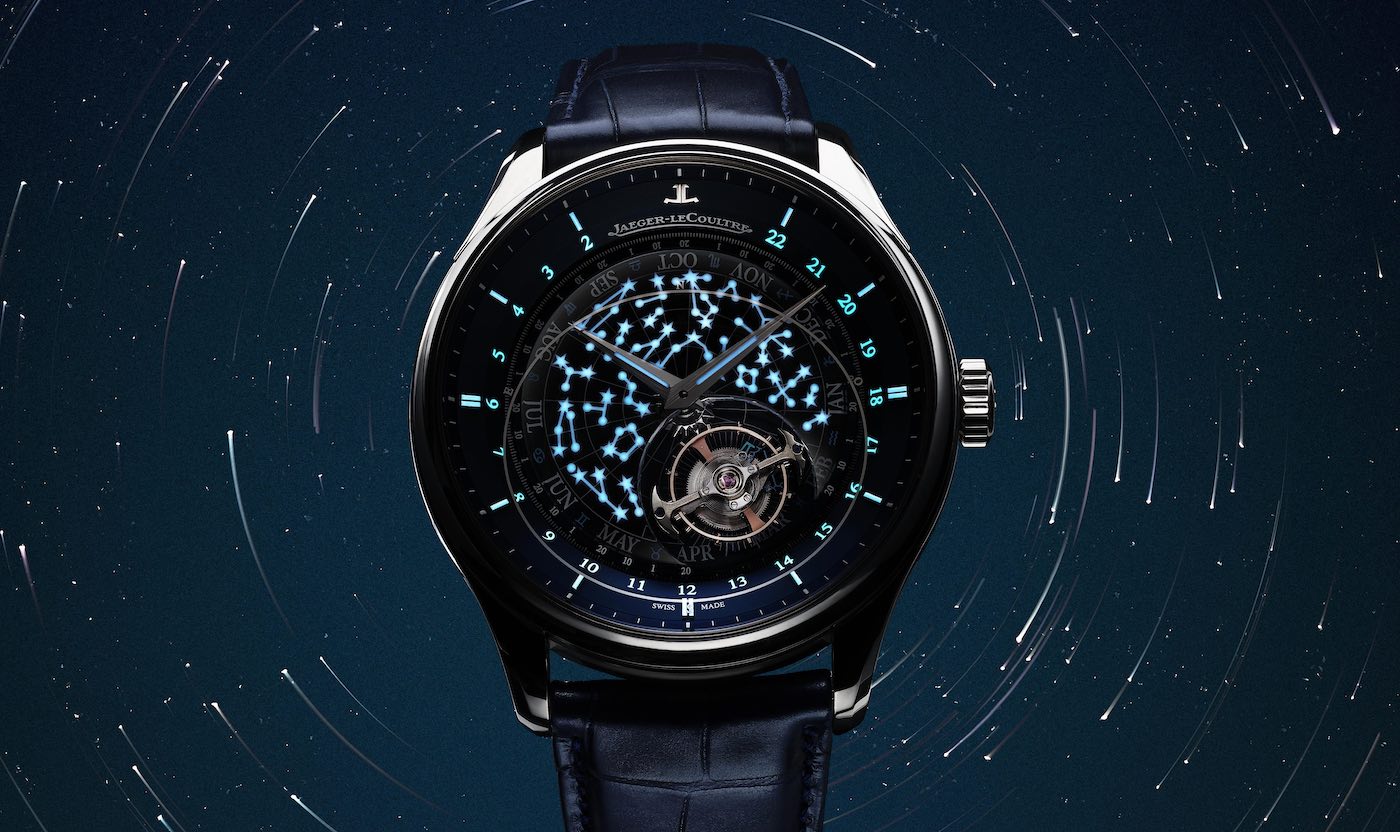 A new version of the Master Grande Tradition Tourbillon Céleste has been released to celebrate the 15th year of the partnership between Jaeger-LeCoultre and the prestigious Venice film festival. Held between August 28th and September 7th, the 76th edition of this celebrated event attracts some of the world’s brightest stars. In a subtle nod to that fact, the dial of the Jaeger-LeCoultre Master Grande Tradition Tourbillon Céleste presents a glowing sky at night.

Cinema often attempts to redefine our perception and, therefore, our experience of life. By the same token, Jaeger-LeCoultre’s endeavors to offer the watch community a new take on an old idea can be seen as an attempt to broaden our minds and horizons. With this model, Jaeger-LeCoultre succeeds in providing wearers with a different visual perspective on time itself as an orbital flying tourbillon streaks around the dial once every 23 hours, 56 minutes, and four seconds. 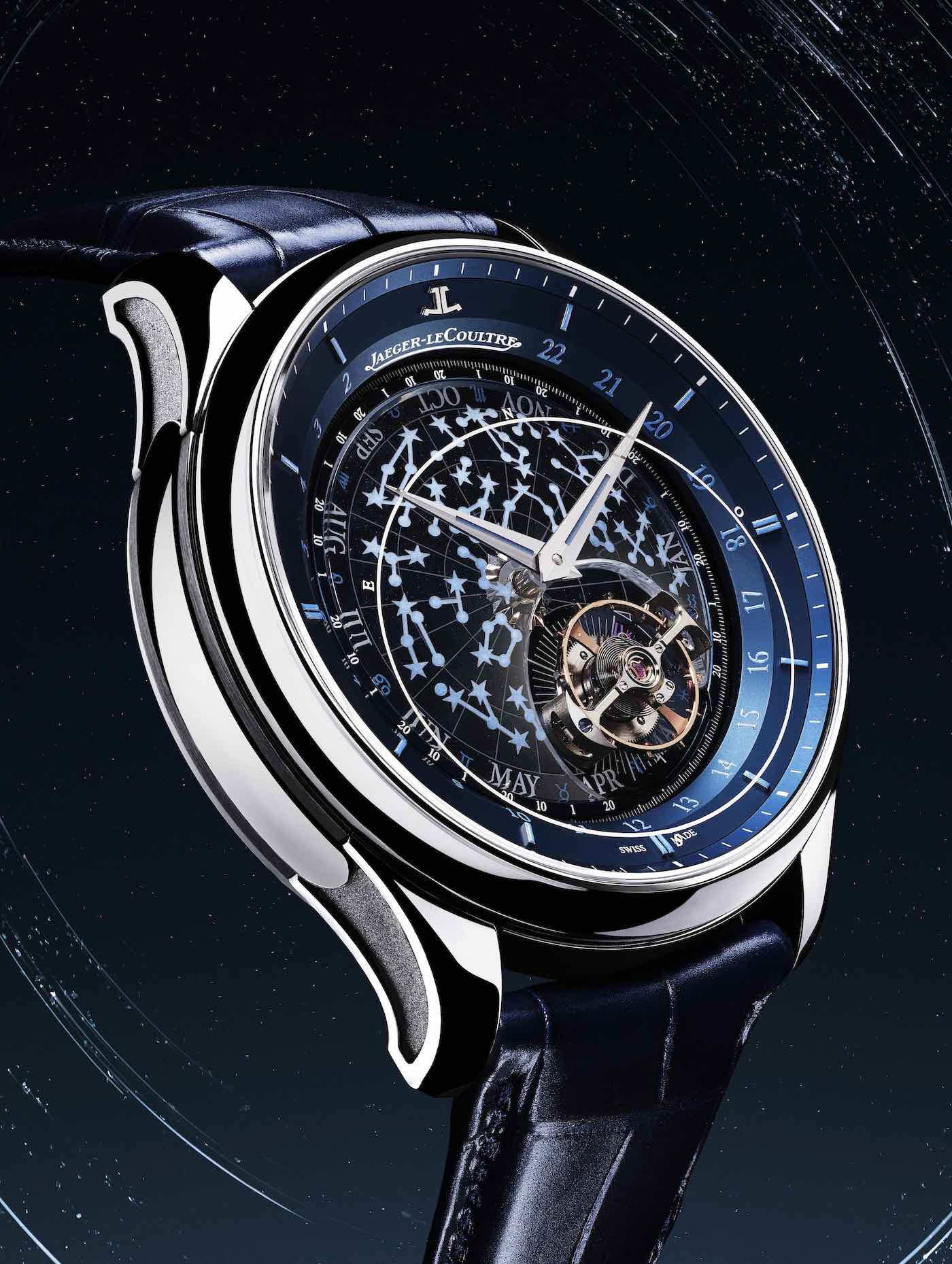 So why not 24 hours on the nose? Well, 23:56:04 is the length of one sidereal day, which uses distant stars, rather than our solar system’s sun, as a reference point.

Depicted on the dial is the Northern Hemisphere. The constellations of the zodiac are encircled by an outer ring bearing their corresponding icons. And just kissing the edge of this celestial display, running along the inside border of the 24-hour scale, is a triangular gold indicator showing us where we are on this annual journey. This replaces a stylized sun used in the previous version and is, in my opinion, a wise step toward cleaning up what was a very busy dial.

While this dial is simpler than previous iterations in many ways, removing several levels and textures in favor of a cleaner look, it does have the added excitement of glow-in-the-dark elements. Both the hour markers and the constellations have been treated with Super-LumiNova and pop in a playful way that is quite uncommon for a watch of such grandeur. 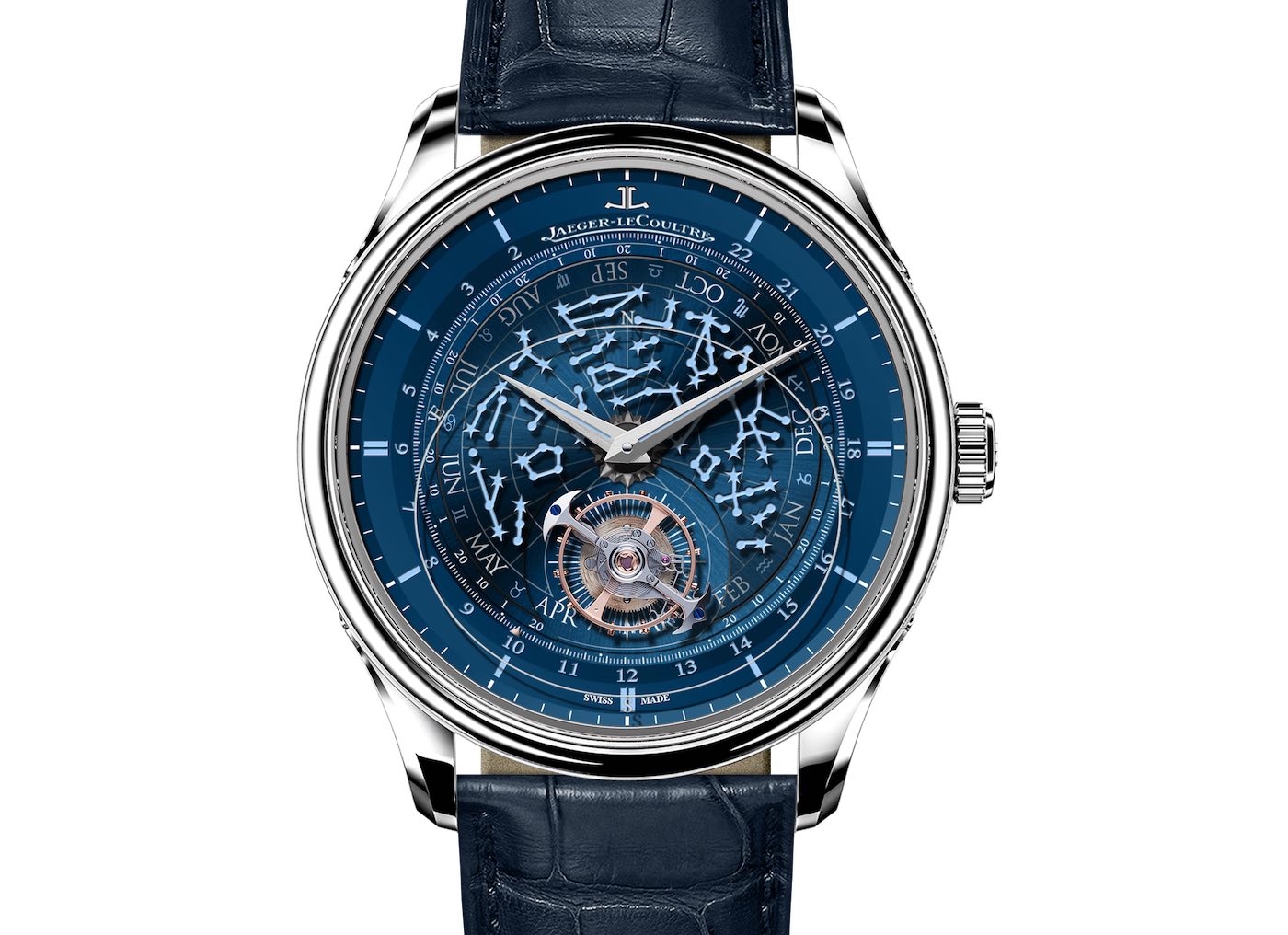 Lume has the weird ability to evoke a childlike excitement. Applying it to true Haute Horlogerie is always a risky move, as it could be seen to trivialize the seriousness of the piece in question. The A. Lange & Söhne Grand Lange 1 Moon Phase ‘Lumen’ and, more recently, the A. Lange & Söhne Datograph Up/Down ‘Lumen’ watches met with a split reception, simply because they seemed anomalous for a brand known for its exquisite traditionalism.

However, for some, those horological masterpieces were not just a step in a different direction, but also a leap into the avant-garde that instantly elevated them to the top of many a wish-list. Risky as it may be, integrating luminous elements to a complicated watch on the level of this Jaeger-LeCoultre and the similarly positioned examples mentioned has, in my opinion, been successful. While one could criticize the Master Grande Tradition Tourbillon Céleste for the frivolity of its luminous elements (while the Lange pieces in questions were lumed for added functionality), the beauty of the resulting light show is quite breathtaking. 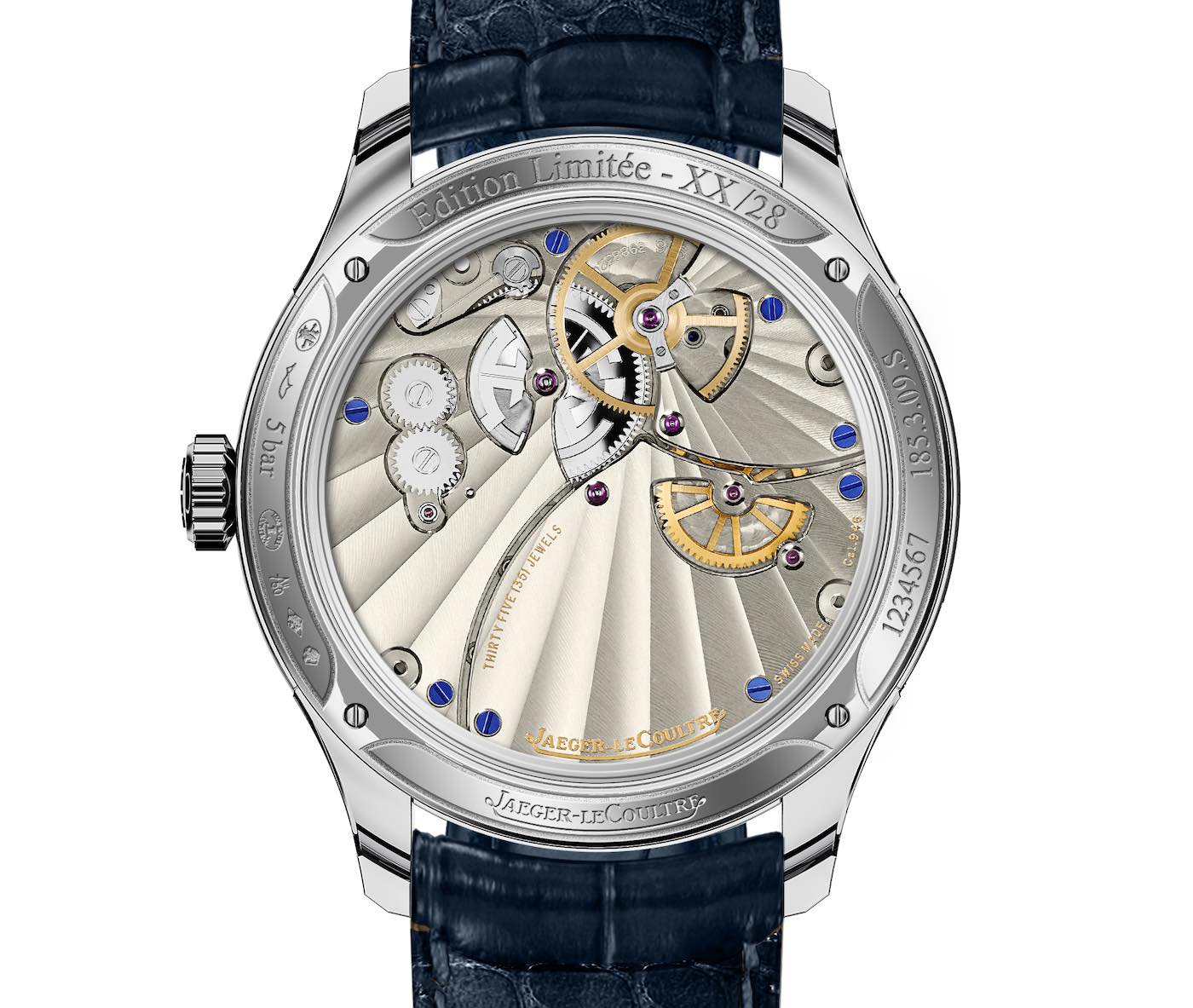 The 43mm white gold case has its roots in this January’s release of the Master Grande Tradition Gyrotourbillon Westminster Perpétuel and blends finely blasted surfaces with polishing. Within it beats Caliber 946, a 334-component masterpiece of finishing and functionality. Particularly charming is the expertly skeletonized ratchet wheel (decorated with the brand logo), which can be seen sitting atop the barrel in the above image in the upper left quadrant.

The 45-hour power reserve is sufficient, if a little lower than one might have hoped. While it is not surprising that a watch of such complexity consumes a lot of power, the 21,6000vph operating frequency is higher than I would have guessed. (I would have assumed the brand would gear this kind of movement to run at 18,000vph to emphasize the action of the orbital tourbillon on the dial and to lessen the load on the mainspring in the process.) The Jaeger-LeCoultre Master Grande Tradition Tourbillon Céleste (reference Q5273480) is limited to 28 pieces and priced at €185,000. Learn more at jaeger-lecoultre.com.