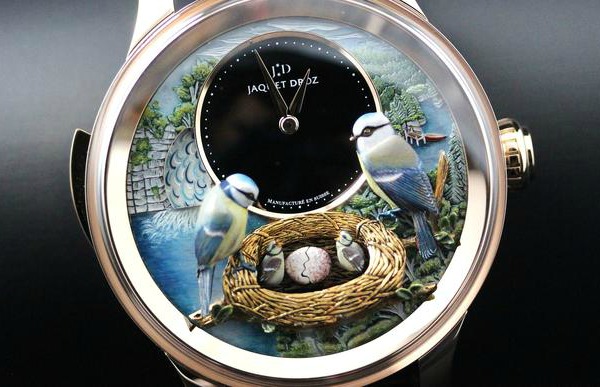 Jaquet Droz is about to officially announce their new automata-based minute repeater watch called The Bird Repeater. Yup, that’s right. Last March during Basel I got to view a computer rendering animation of the watch in action. While the minute repeater is activated a few things happen on the dial. Among those include a “moving” waterfall as well as a mother bird feeding a chick that hatches from an egg. Automaton birds are deeply part of Jaquet Droz’s original history. While the concept is “original,” the detailing and execution is really impressive.