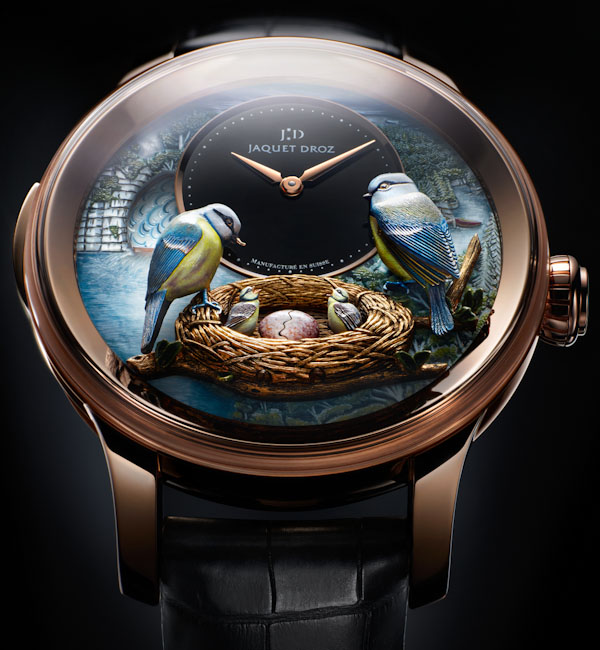 I sat here pondering possible “bird” puns and idioms that might apply to an opening statement for discussing this extremely high-end and limited minute repeater automaton – and they all just felt really silly. No jokes need apply because this is a rather cool and serious timepiece by Jaquet Droz that allows you to use your imagination in making up your own nicknames for the Swiss brand’s new “The Bird Repeater” timepiece.

A couple of days ago we shared with you a sneak, first-look at The Bird Repeater here. Finally ready for debut, the watch has been the subject of several years of development and a dream for the brand which painstakingly searches for novel ways to connect the modern Jaquet Droz with that of the past. The result is a limited edition of just 16 watches that Jaquet Droz coins as being a “true automaton” with technology dating back to the “age of enlightenment.” 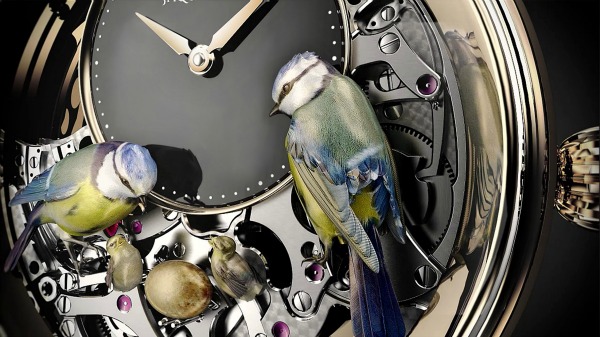 Inside The Bird Repeater watch is a new movement called the caliber RMA88. Manually wound, it contains 508 parts and has a power reserve of 48 hours. It features the time with hours and minutes, a minute repeater, and an automaton display that is activated while the minute repeater is in operation. It is a watch novelty at its peak – an item purely for passion and for display. It represents complex artwork and mechanics at their finest, a tradition which had its heyday over 200 years ago.

Below you will see an image of a bird automaton that is from the original era of Jaquet Droz. Mechanical bird creations such as that were the inspiration behind the scene on the Bird Repeater watch. It is actually a Blue Tit (snicker and giggle), which is a mountain bird rather than something from a racy homage to the film Avatar. In the 18th century, bird automatons were very common. Well, not exactly common in the sense that everyone had one, but common in the sense that they were at the base of mechanical toys for the wealthy. A special whistle system allowed artisans to create lifelike bird call sounds. This along with ingenious cam systems allowed for animated displays that are still today, eerily life-like. I also speculate that birds were easy creatures to stuff with metal parts and allow them to still look more or less real. In the pursuit of recreating life with machines, these worked better than… for example, mammals. 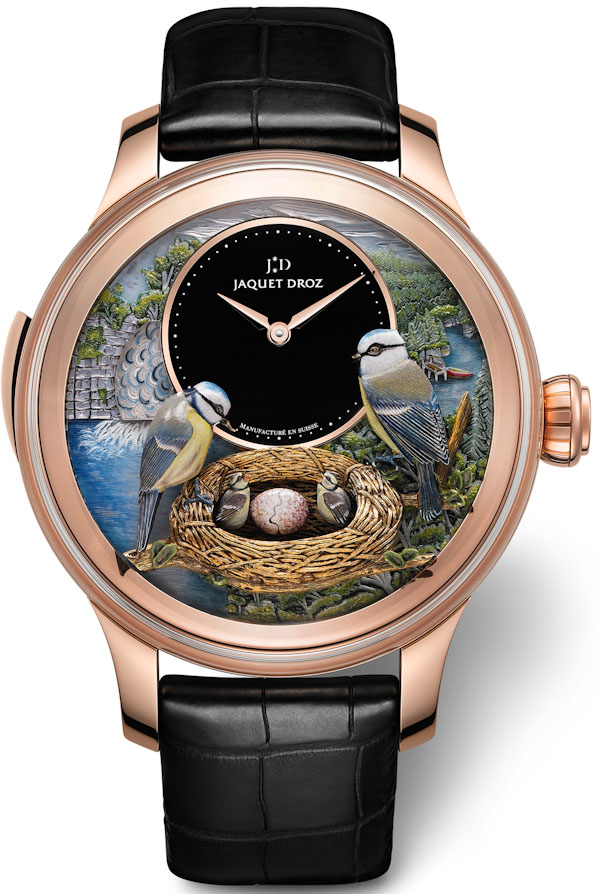 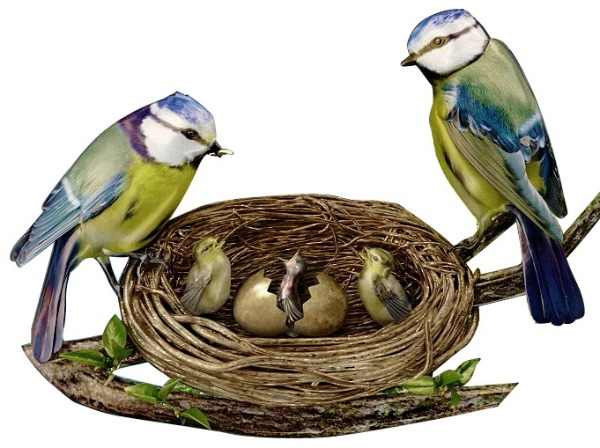 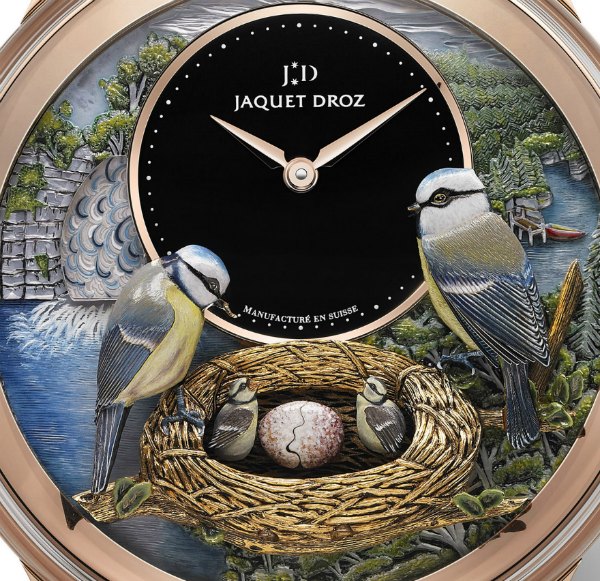 As an homage to these incredible historic creations from Jaquet Droz, as well as other Swiss masters, the Bird Repeater attempts to capture the look and feel of bird automatons for 21st century collectors. Something notably missing is the bird call whistle system. Timepieces are unfortunately too small for these mechanisms, but you do have the chimes of the minute repeater (which “repeats” the time back to you in an auditory musical code). The minute repeater is activated by a sliding lever on the left side of the case. The video above shows you exactly what you would see if you were playing with the actual Bird Repeater watch.

While the case is larger at 47mm wide and just over 18mm thick, it is extremely compact given the complexity of the movement. Minute repeaters themselves aren’t that compact, but the addition of the dial automatons and the accompanying mechanics to make it work create many layers of complexity. Unfortunately much of that is hidden, save for viewing the fun computer animation model videos. On the rear of the watch, Jaquet Droz offers an exhibition caseback window were you can however see the minute repeater’s gongs and hammers in action. 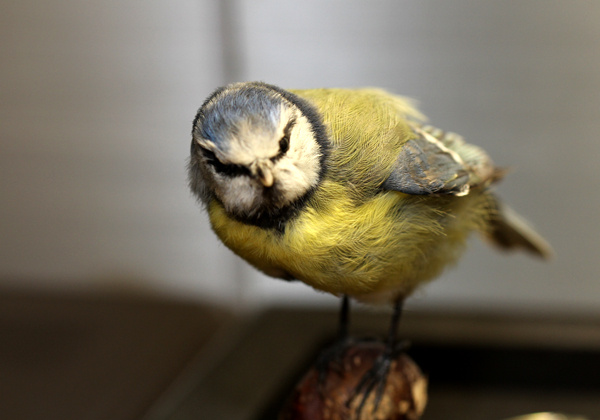 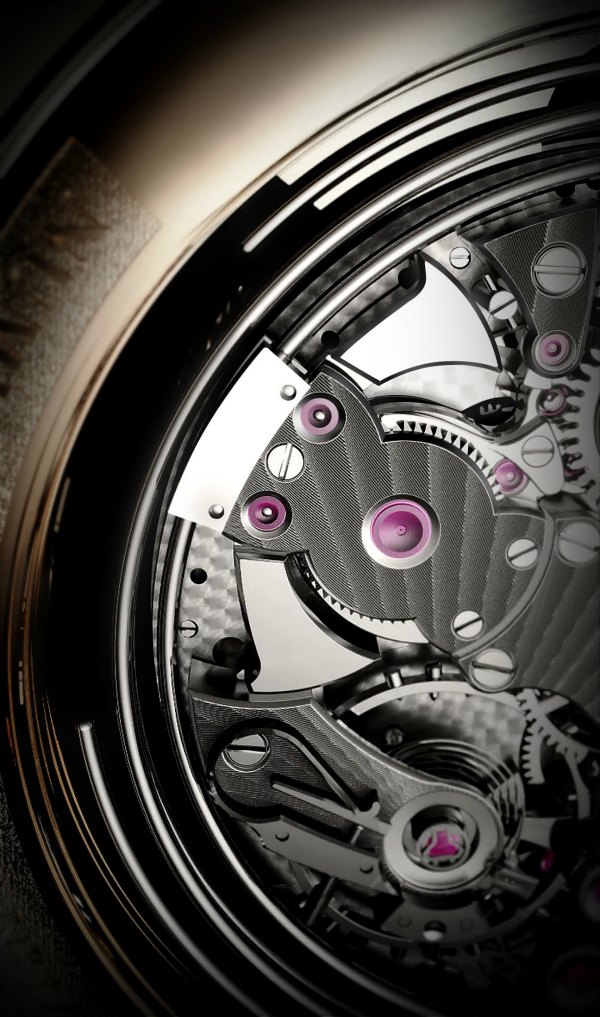 Easily the most beautiful aspect of the Jaquet Droz Bird Repeater watch is the dial. It is totally done by hand and is incredibly well-detailed. The base dial is mother of pearl, which is hand-engraved and painted. Standard, as well as black mother-of-pearl pieces, are used to create the forest and river scene. Note the waterfall, done on a rotating disc which spins to create the illusion of falling water. Then there are the birds and nest. These are also hand-engraved and painted individually. You have the two adult Blue Tits, and the three chicks – one comes out of the egg. The animation sequence has an impressive level of action with wings opening, eggs hatching, and chicks being fed. It is a great way of enjoying classic avian automata for the modern era. Though only for the extremely wealthy (just as it was in the past).

The choice of scene against the Swiss river background with the birds is intentional, and actually meant to represent the heritage of the watch, the brand, and watch making itself. It is also meant to suggest family. The parent birds represent the protective father and the nurturing mother. The nest of course is the home, while the chicks represent not only the children, but the life that a family must build and raise together. It is a poetic message, and for those whom the 18k red gold case is not enough, another version in 18k white gold is offered with diamond decoration (only eight pieces each). Watches such as this are emotive high-end art that combines delicate craftsmanship and hardcore mechanics. It is a beautiful thing, and there is something here for the entire luxury loving family to enjoy. Price for the limited edition of the 16 pieces Jaquet Droz Bird Repeater watch is $472,500 in 18k red gold, and $493,500 in 18k white gold with diamonds. 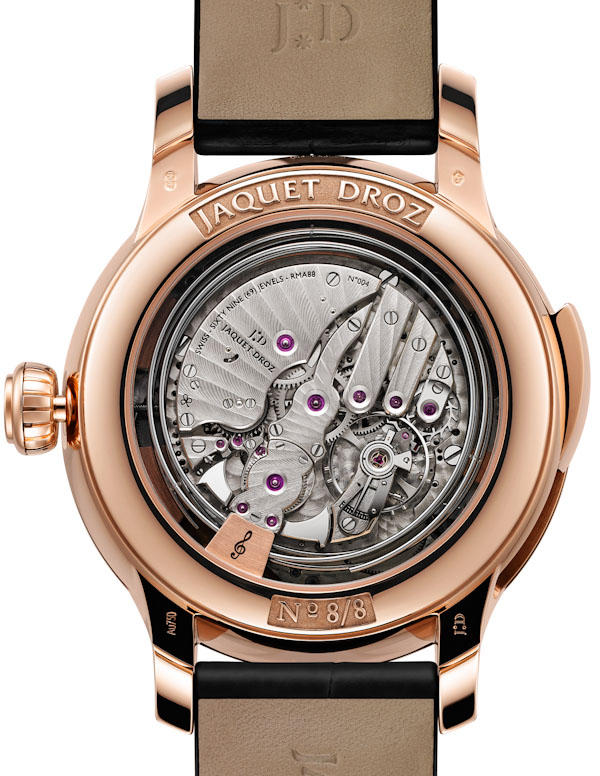 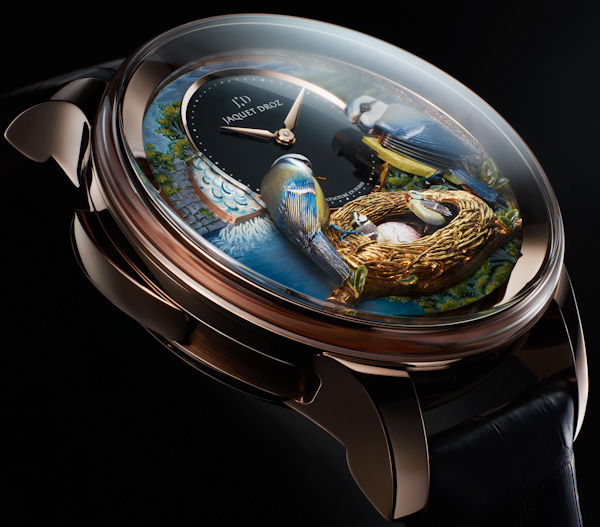