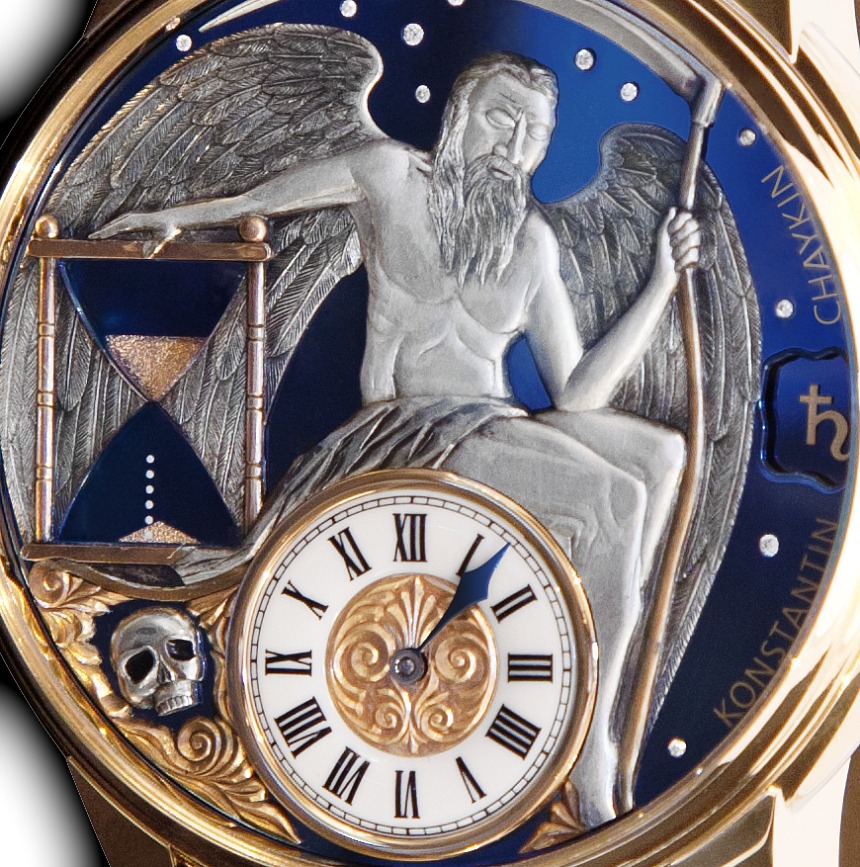 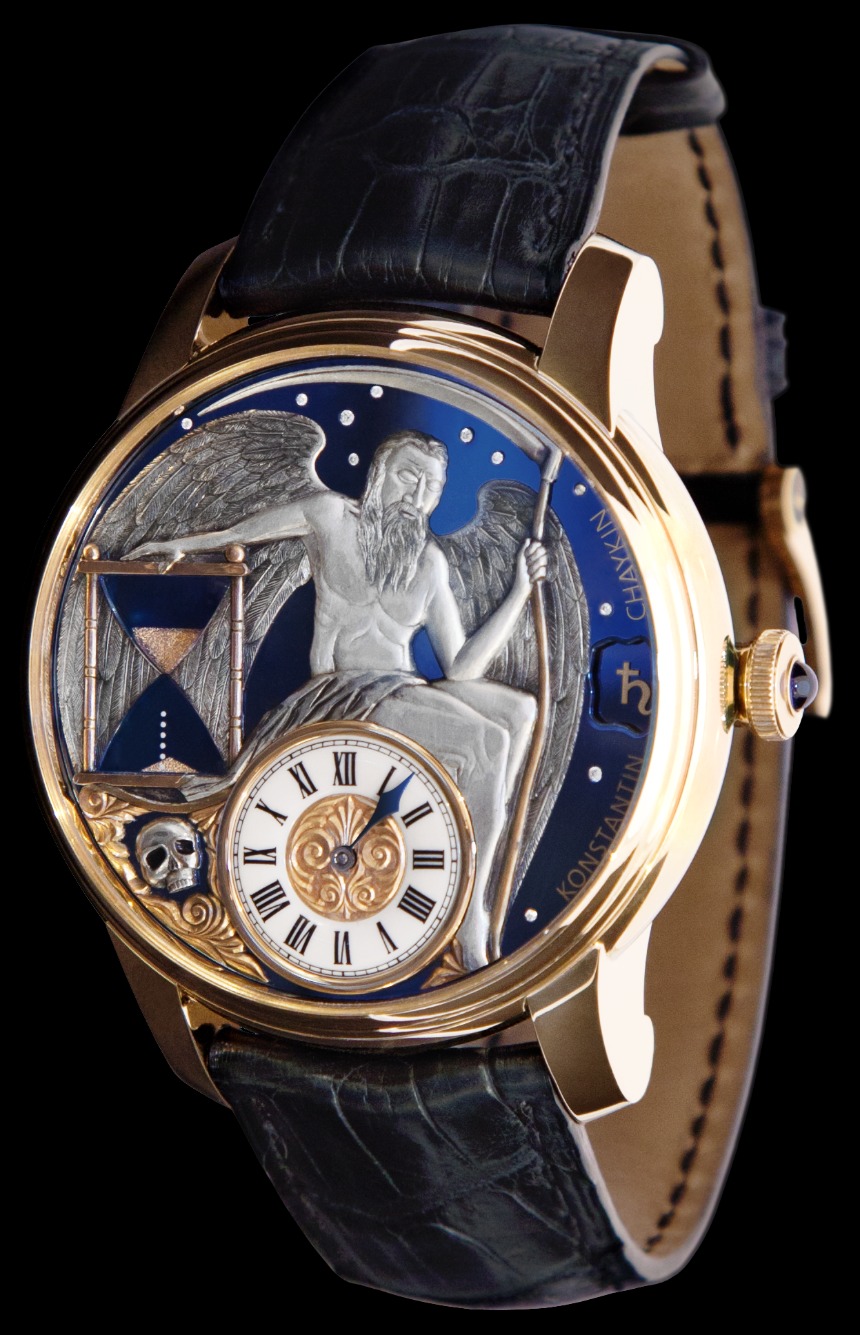 Second only to the common jest of placing a sundial on the face of a wristwatch, is the suggestion that there be an hourglass. Yes, the timing device of antiquity has a very low occurrence of actually being referenced on modern timepieces in any significant way. That perhaps is due to the fact that incorporating sand in a watch dial isn’t always the best idea. Nevertheless, the enterprising mind behind the Russian watchmaker Konstantin Chaykin decided that he wanted to be the first person to do it. Behold the Konstantin Chaykin Carpe Diem, the first wristwatch with a mechanical hourglass on the dial. 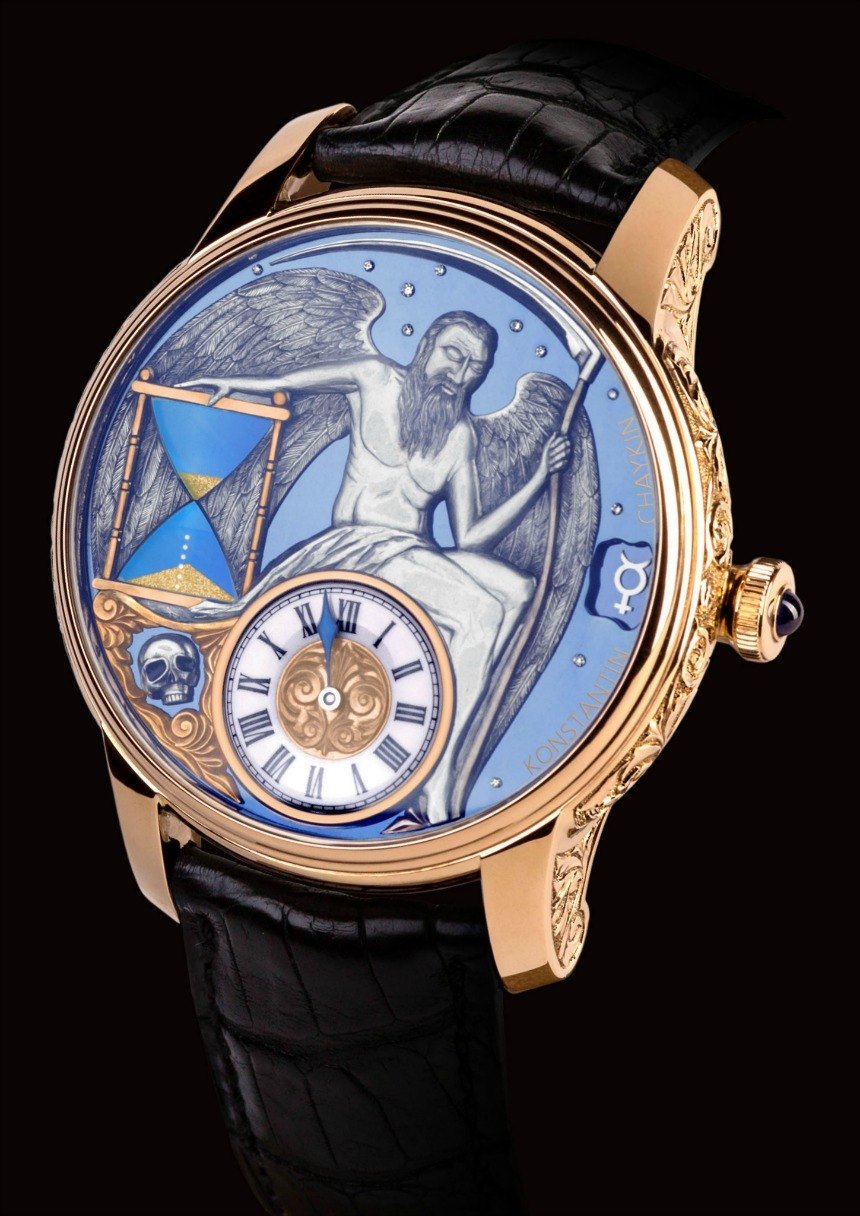 The last time we ventured to discuss hourglasses on aBlogtoWatch was when Ikepod released the Marc Newson designed luxury hourglass. The hand-blown, high-end glass case contained held metal micro-beads rather than sand and made for a rather amazing pieces of functional luxury art. Filled with metals such as copper to gold, the Ikepod Hourglass came in two sizes and was priced from about $13,000 – $40,000. We still think it is cool, albeit extremely expensive, but you can’t wear it. The Carpe Diem is something you can carry around with you more easily. 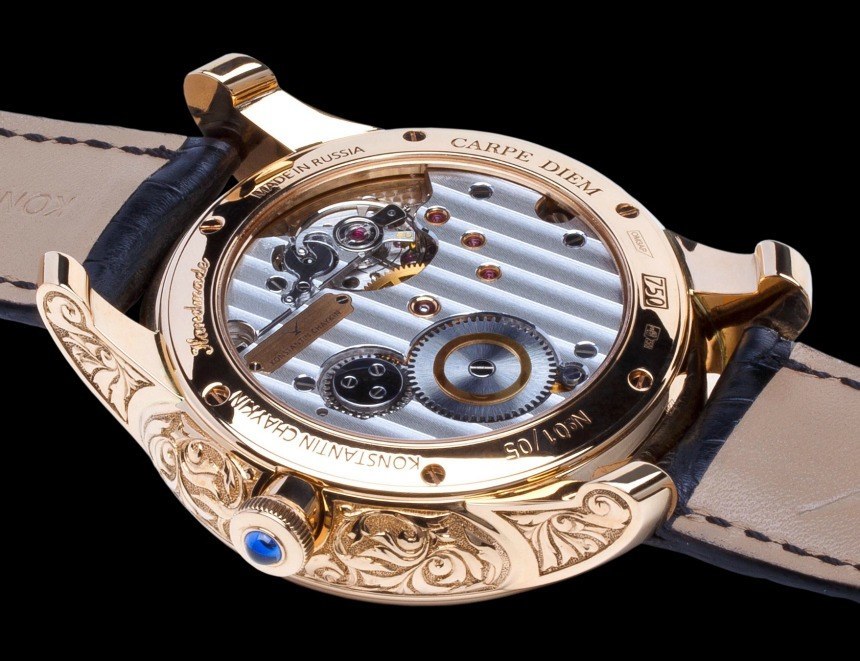 Do you remember me saying that each new Konstantin Chaykin watch is different than the last? I wasn’t kidding. His last watch was the Cinema (hands-on here), which aside from also having a unique complication has nothing in common with the Carpe Diem from a design perspective. When I visited Konstantin Chaykin at his manufacture in Moscow, I did happen upon the watchmakers assembling the prototype of the Carpe Diem that you see here. I saw the bare movement and the interesting system they developed for mechanically simulating the flow of sand in an hourglass. On the dial of the watch, the hourglass is used to indicate the passing minutes in a retrograde style manner.

Do you see the six small dots on the hourglass part of the dial? Those are ten minute indicators. As the glass “fills up” you count the dots to learn the time to the closest 10 minute mark. There is a traditional dial that indicates the hours at 6 o’clock on the dial. No, this isn’t the type of watch that will indicate the time to the nearest minute (or second for that manner). It is intended to be novel and interesting versus a piece for precision. Eventually we will probably get a chance to offer a video that demonstrates how the Carpe Diem watch operates because it is cool to see in action.

The movement in the watch is manually wound and known as the Konstantin Chaykin calibre K 01-4. It has 46 hours of power reserve and is produced from steel and gold, with a large amount of hand-polishing and finishing. Another complication in addition the time with hourglass minutes, is a day of the week indicator. At about 3 o’clock on the dial is a window with an astrological zodiac symbol. Those are used to represent the day of the week. I am no astrology expert but I am not familiar with the concept of using zodiac signs as day of the week indicators. Is there a rule to which symbol stands for what day? Or do you just come up with your own rules about this?

“Carpe Diem” of course is Latin for “seize the day.” In going with the antiquity theme of hourglasses and time, Konstantin Chaykin developed a dial that was inspired by ancient art and its allegorical representation of time. Chaykin himself noticed that when time was referenced in old paintings it was often accompanied but various other types of symbolism. These often included death – which itself is an allegory for change as well as the concept of human vanity. On the dial you see a representation of a skull, and the ancient Greek god of time, Chronos. In this form he is depicted sitting on the dial (literally) with his hand on the hourglass. With wings and a scythe Chronos appears a lot like the typical manifestation of death. I believe this representation of Chronos is from the Renaissance when he was called the Father of Time, a symbol that combined the more ancient Greek version of Chronos and the Angel of Death into a sort of new character. So what you really see isn’t so much Chronos as it is the more modern (but still old) Father of Time figure. 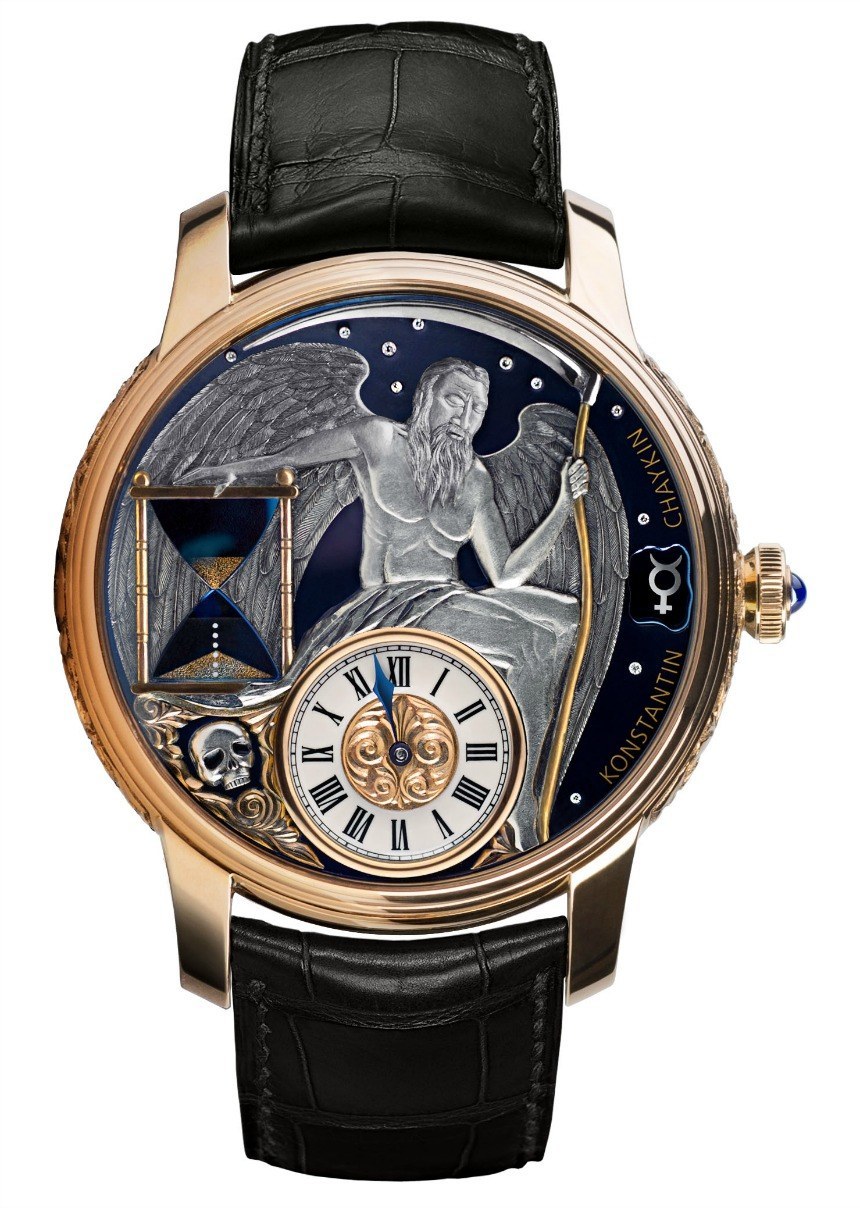 At 45mm wide, this isn’t a small watch, but given the bold design you want it to be seen, and the case is 18k rose gold. The dial of the Carpe Diem watch is hand-engraved and painted and is produced from sterling silver and 18k rose gold. The blued-steel sky is further decorated with eleven diamonds. Konstantin Chaykin was going for an “old” look and rather well succeeded in what is no doubt a truly avant garde timepiece that is another wonderful oddity from the Russian brand. Price is 51,150 Euros. konstantin-chaykin.com