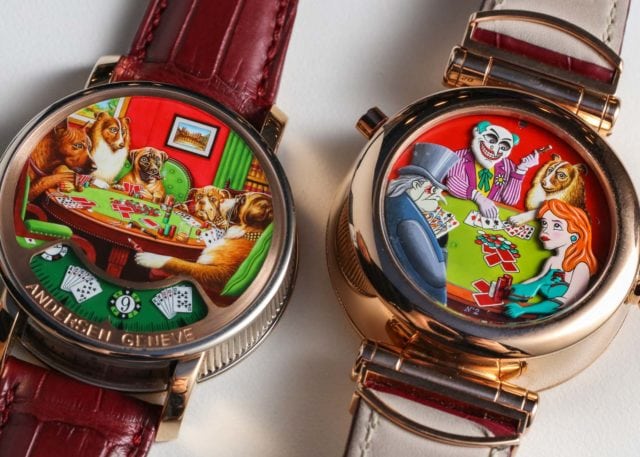 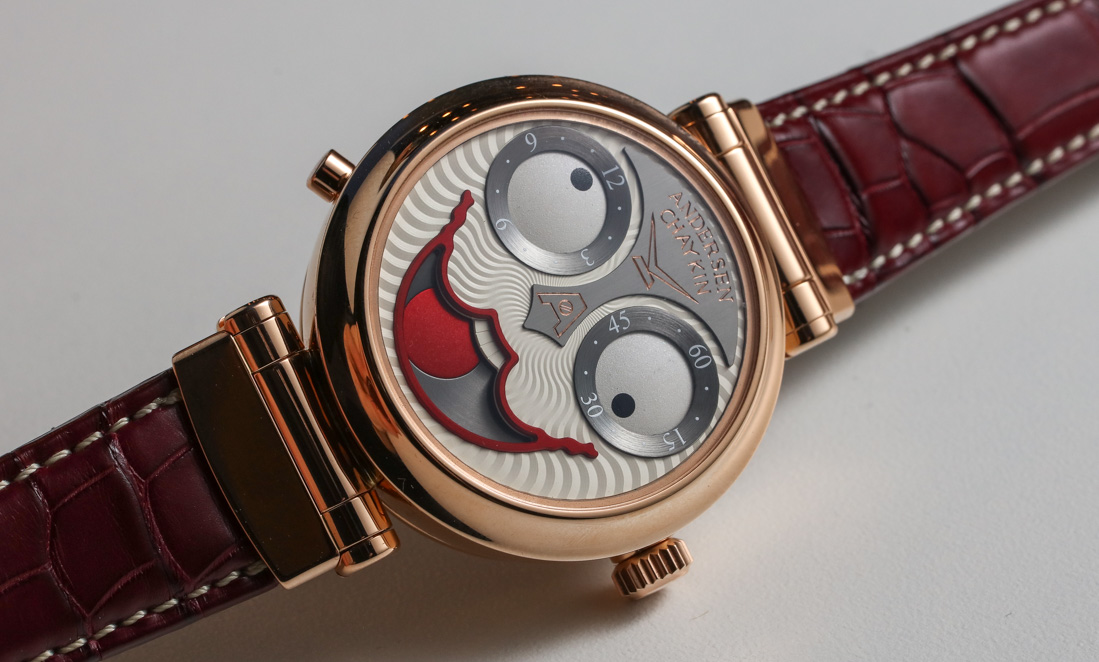 One of the more fun, exclusive high-end watches debuted at Baselworld 2018 was a dual-effort between Moscow-based Konstantin Chaykin and Svend Andersen (of Andersen Geneve). The two independent watchmakers each took something they are known for and created the Joker Automaton watch. A little of the Batman universe was thrown in for good effect. Love it or hate it, products such as the Konstantin Chaykin & Andersen Geneve Joker Automaton keep modern horology interesting. 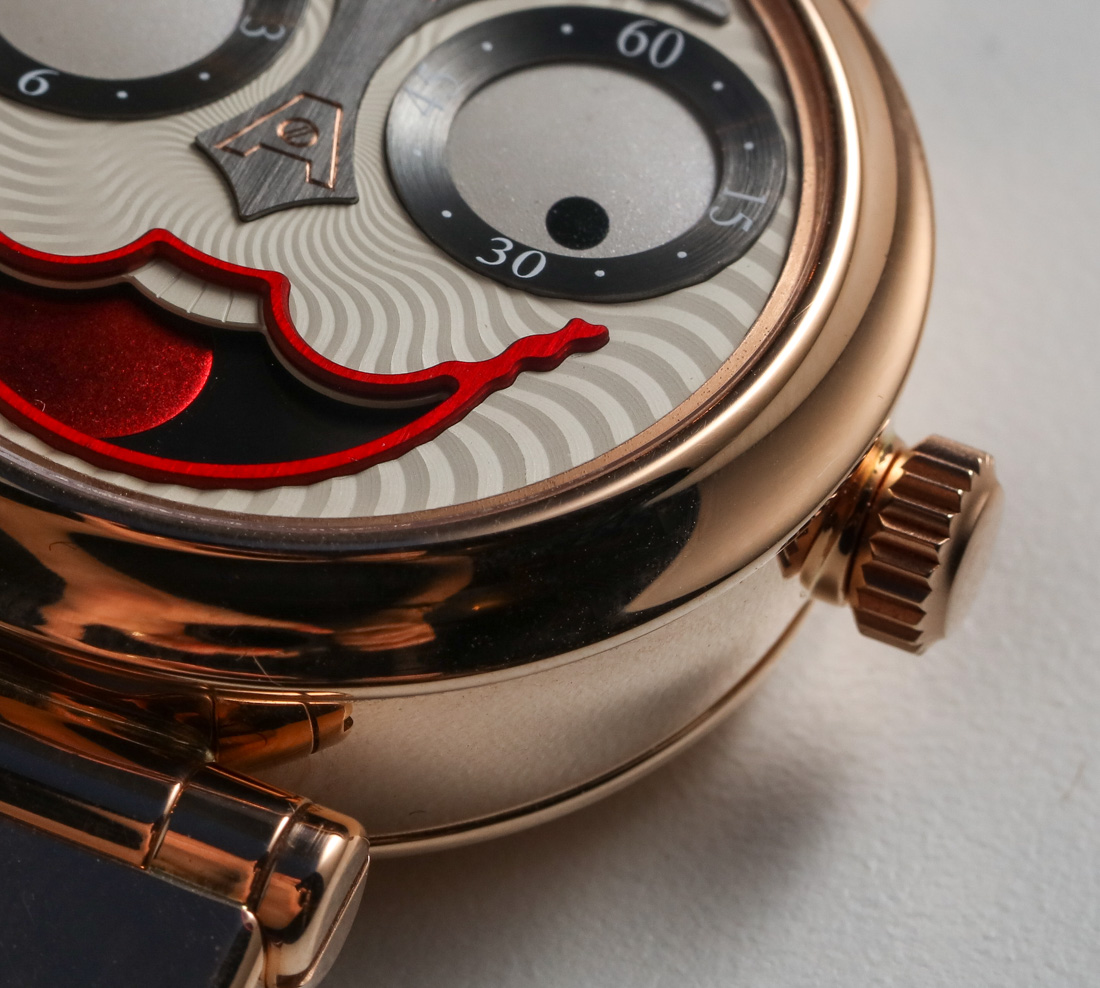 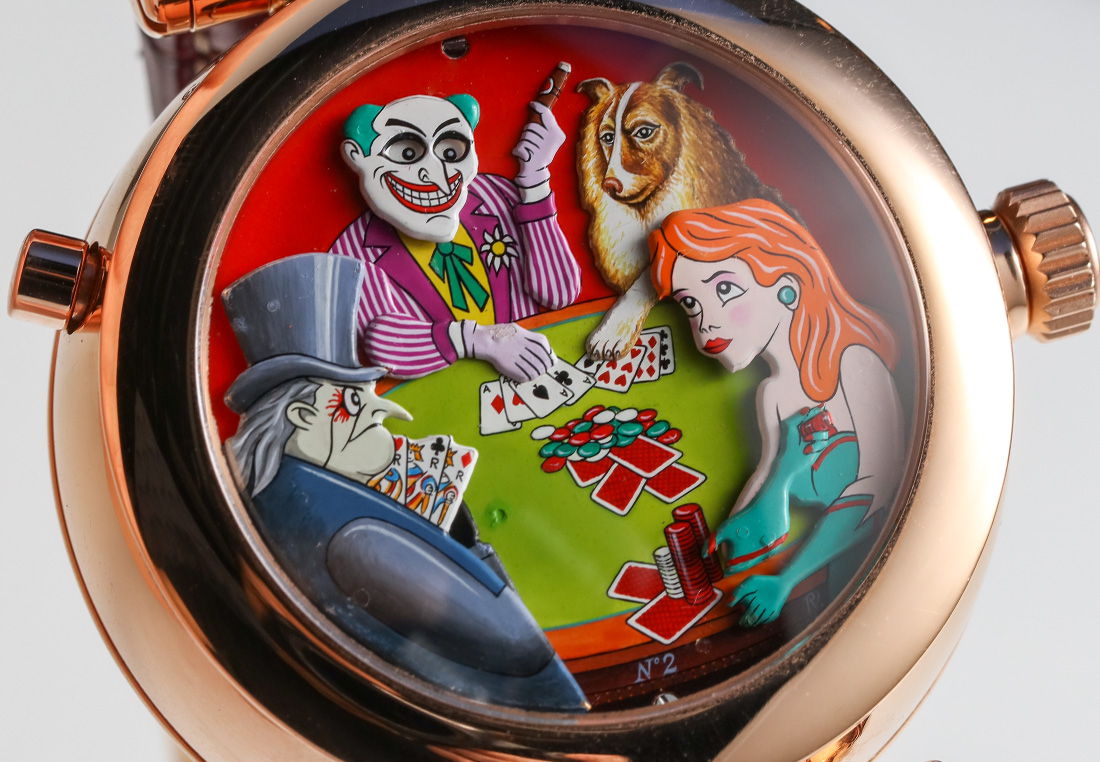 The Joker Automaton watch builds on the very popular Konstantin Chaykin Joker watches originally debuted in 2017. This novel creation imaged a decorative watch dial that looks like a silly face – while still telling the time in an elegant way. The two eyes are actually discs which indicate the hours and minutes, and the mouth is an upside-down moon phase indicator. What makes the concept so compelling is that the eyes and tongue (which represents the moon phase) change on a regular basis so that the Joker’s face always seems to have a different expression. 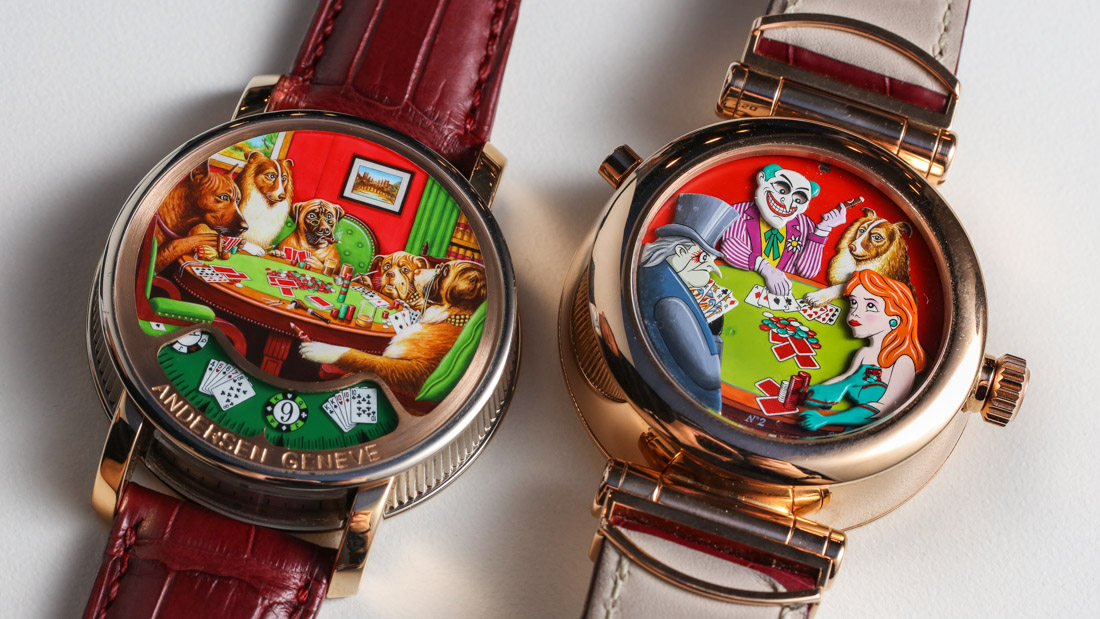 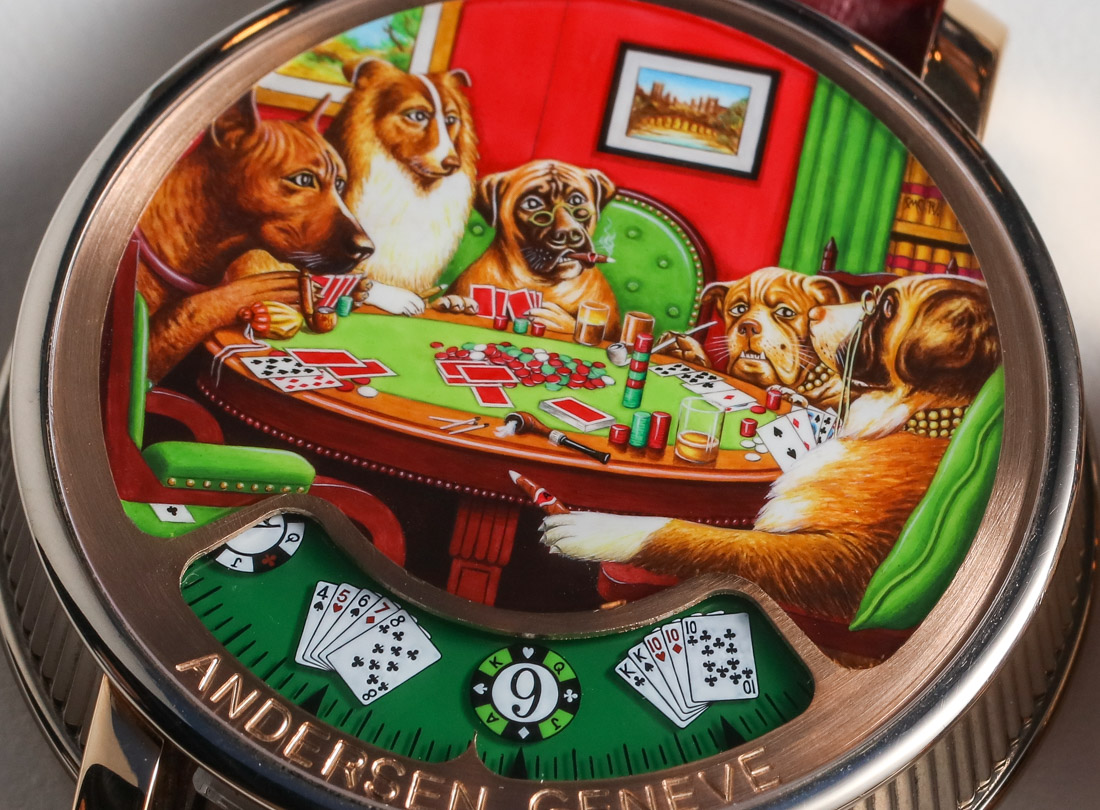 The Joker dial is combined with an Andersen Geneve case, movement, automaton mechanism, and artistic work. Flip over the rather beefy (and heavy, being 97 grams of 18k red gold) 16.8mm thick case and you’ll see an automaton display. In order to be wearable, the 42mm wide case has hinged lugs which are connected to a crocodile strap. This case is new for the Joker and is used by Andersen Geneve for some select timepieces which originally inspired the Joker Automaton. That watch being the Svend Andersen “Montre a Tact Poker” (aka, the “Dogs Playing Poker” watch). Svend Andersen himself was inspired by the paintings of Cassius Marcellus Coolidge, who in the early 20th century created a series of paintings of dogs playing poker. The Svend Andersen watch was inspired by the famed painting A Bold Bluff, which is often referred to as the “dogs playing poker” painting. 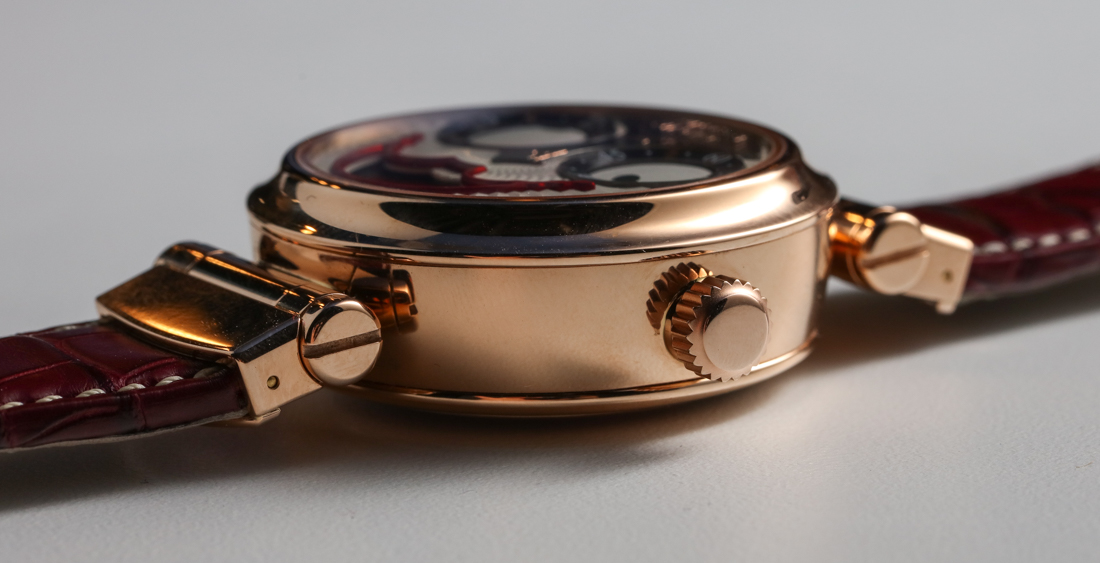 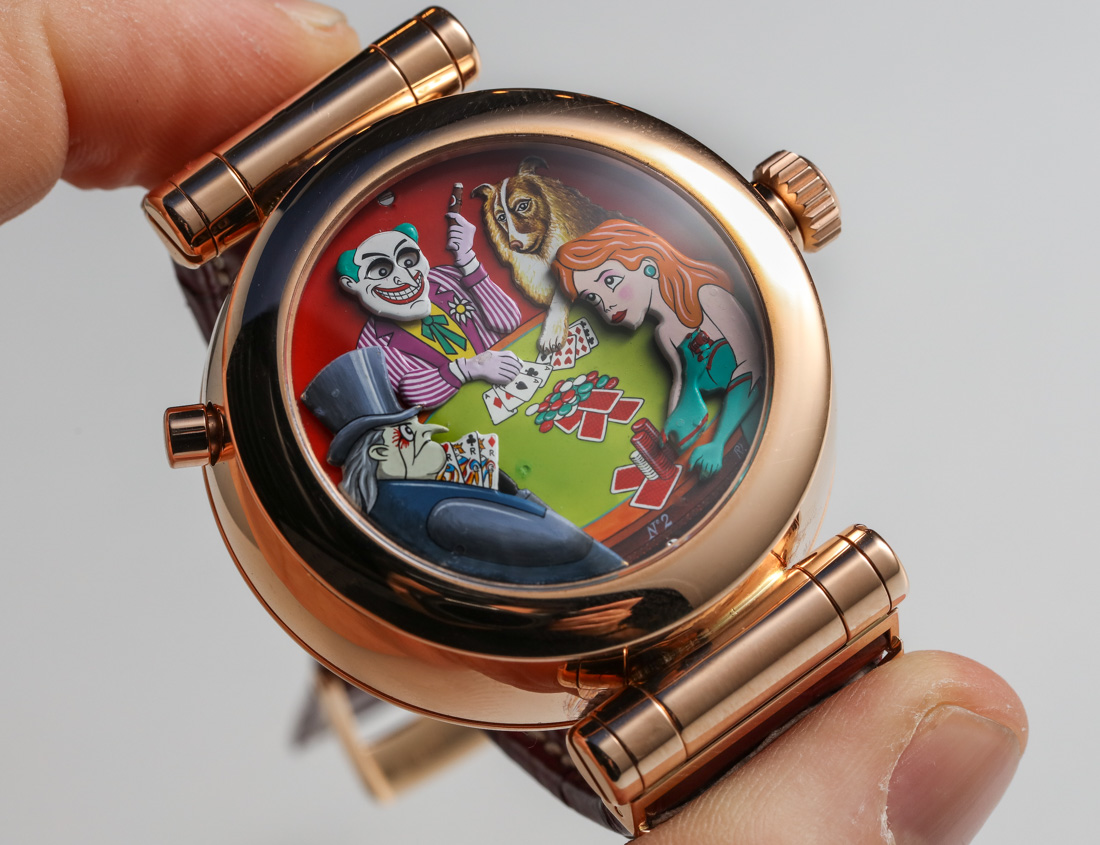 The famous scene – which was miniaturized into a small painting on the dial of a watch – now inspires a collection of automatons. What are those? Basically small mechanical figurines which are animated and move (for playful reasons – these are toys we are talking about). The system in the Joker Automaton has the user wind the crown in the direction to power the automaton, and then press the pusher located at about 8 o’clock on the case. Pressing this activates a small set of animations which has the four characters move somewhat. It’s all very charming to behold. The characters are one of the dogs from the A Bold Bluff painting, along with three Batman universe villains being the Joker (of course), the Penguin, and Poison Ivy. Look closely and you’ll see that Poison Ivy is stealing betting chips in her cleavage and how the dog is losing to the Joker, who appears to lose to the Penguin. 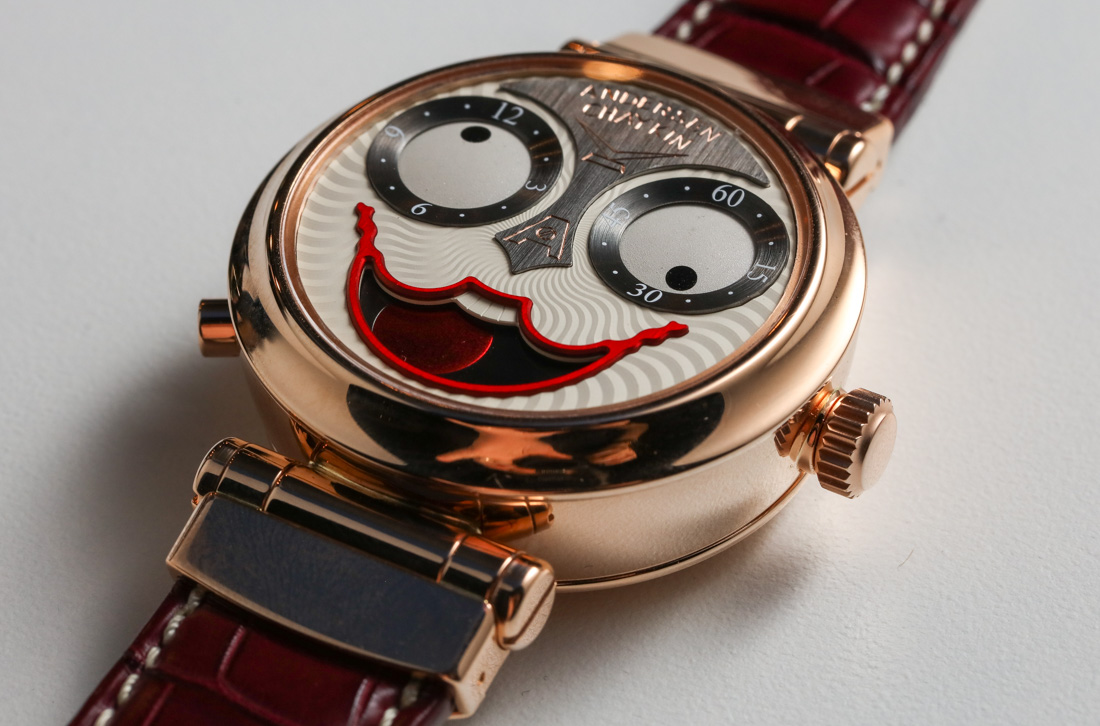 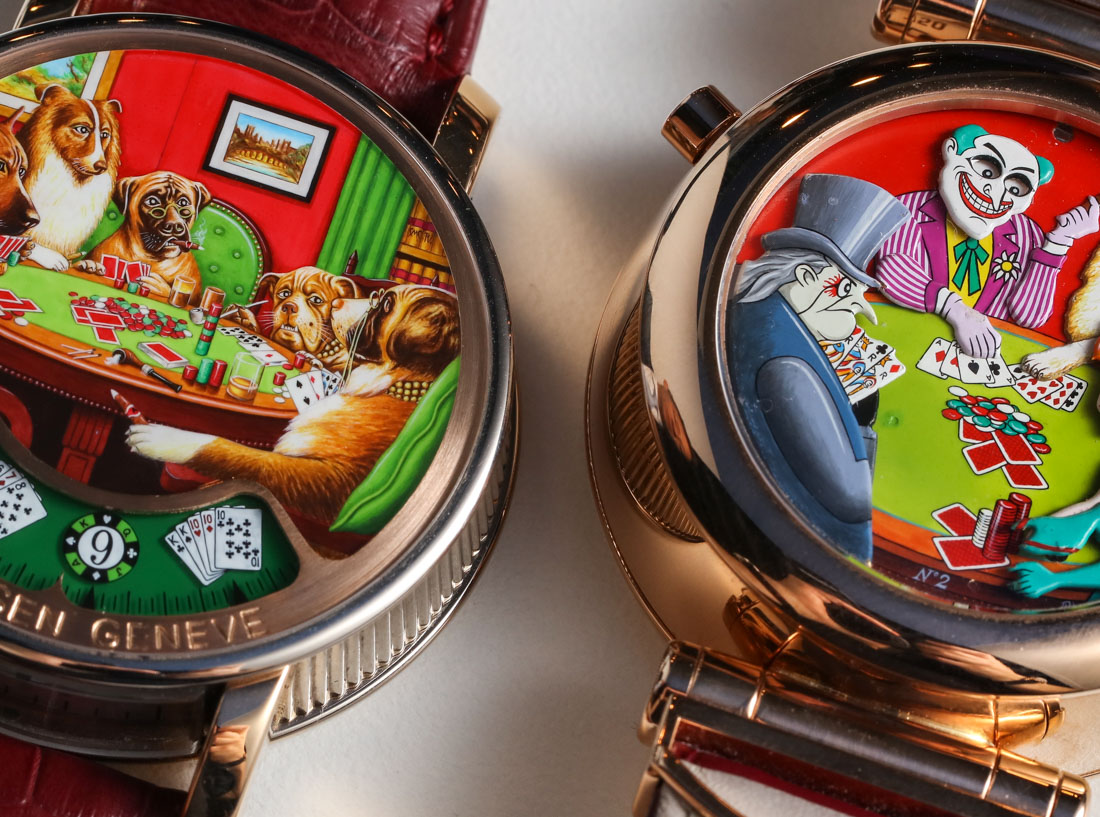 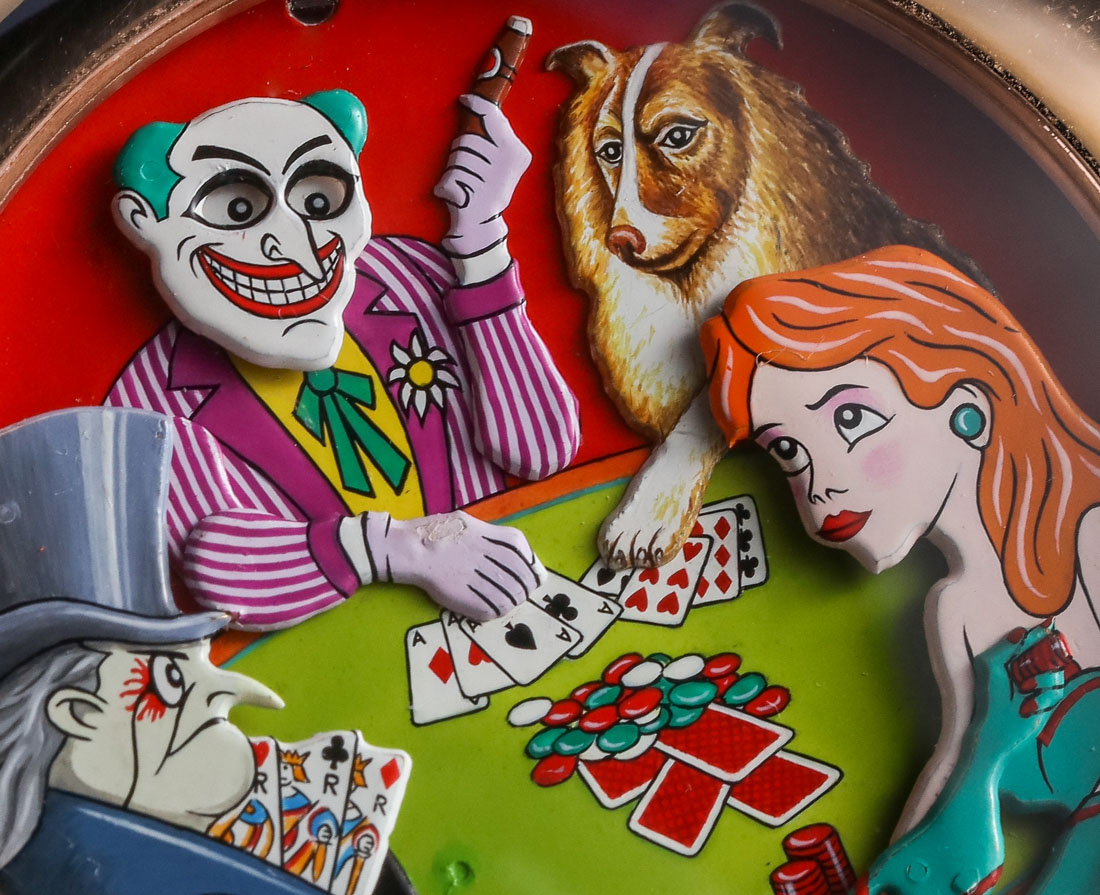 While the outcome of such work can be seen as silly or childish for some who don’t enjoy playful luxuries, producing the Joker Automaton was not child’s play. The automaton elements alone involve a series of small hand-painted parts and careful assembly. What isn’t clear is how many of the Joker Automaton watches Konstantin Chaykin and Andersen Geneve will produce. The product is part of a limited edition of 21 pieces, and I can’t see these timepieces being produced outside of an order being made. Price for the Konstantin Chaykin & Andersen Geneve Joker Automaton watch is €88,000. konstantin-chaykin.com | andersen-geneve.ch