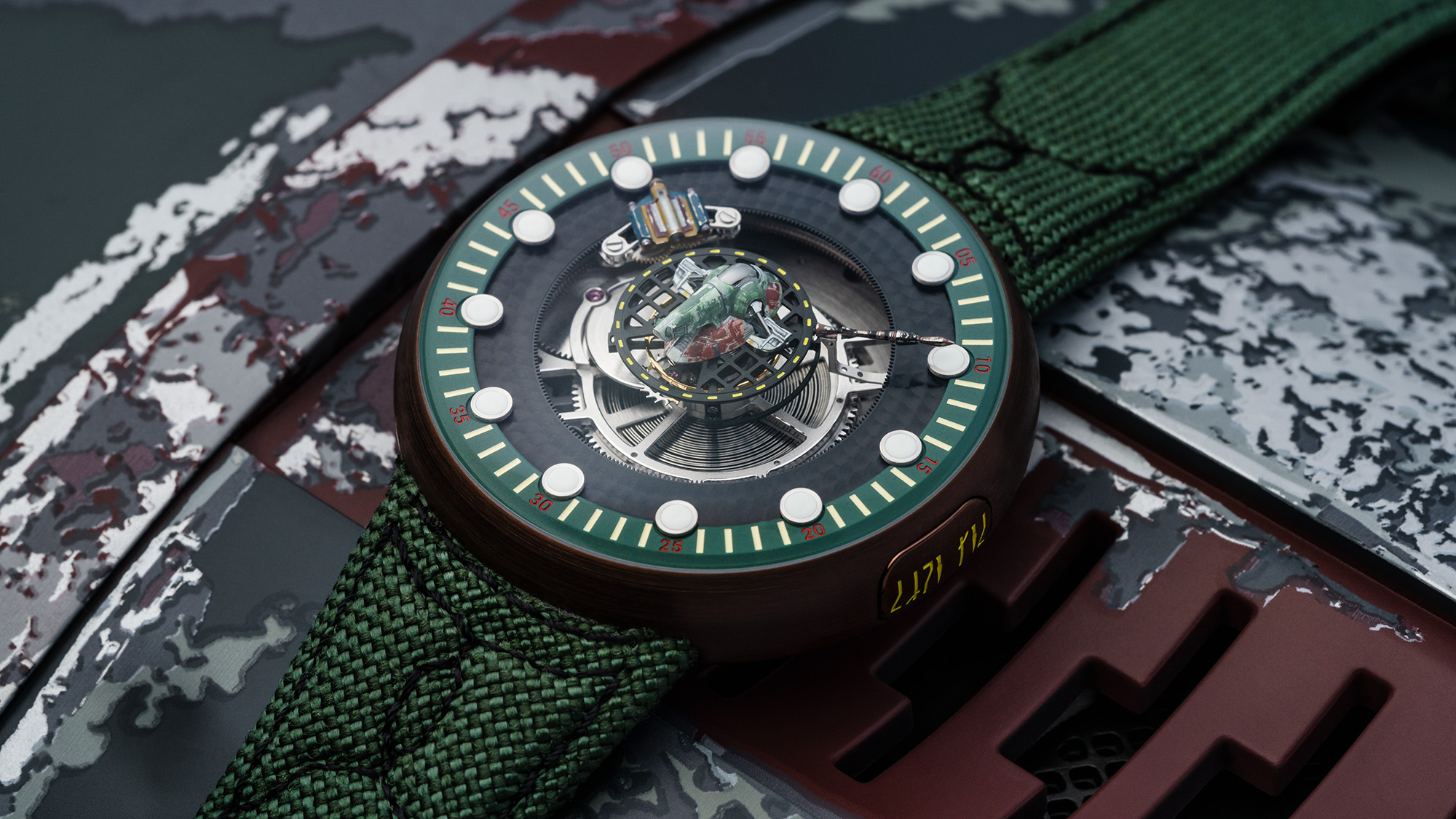 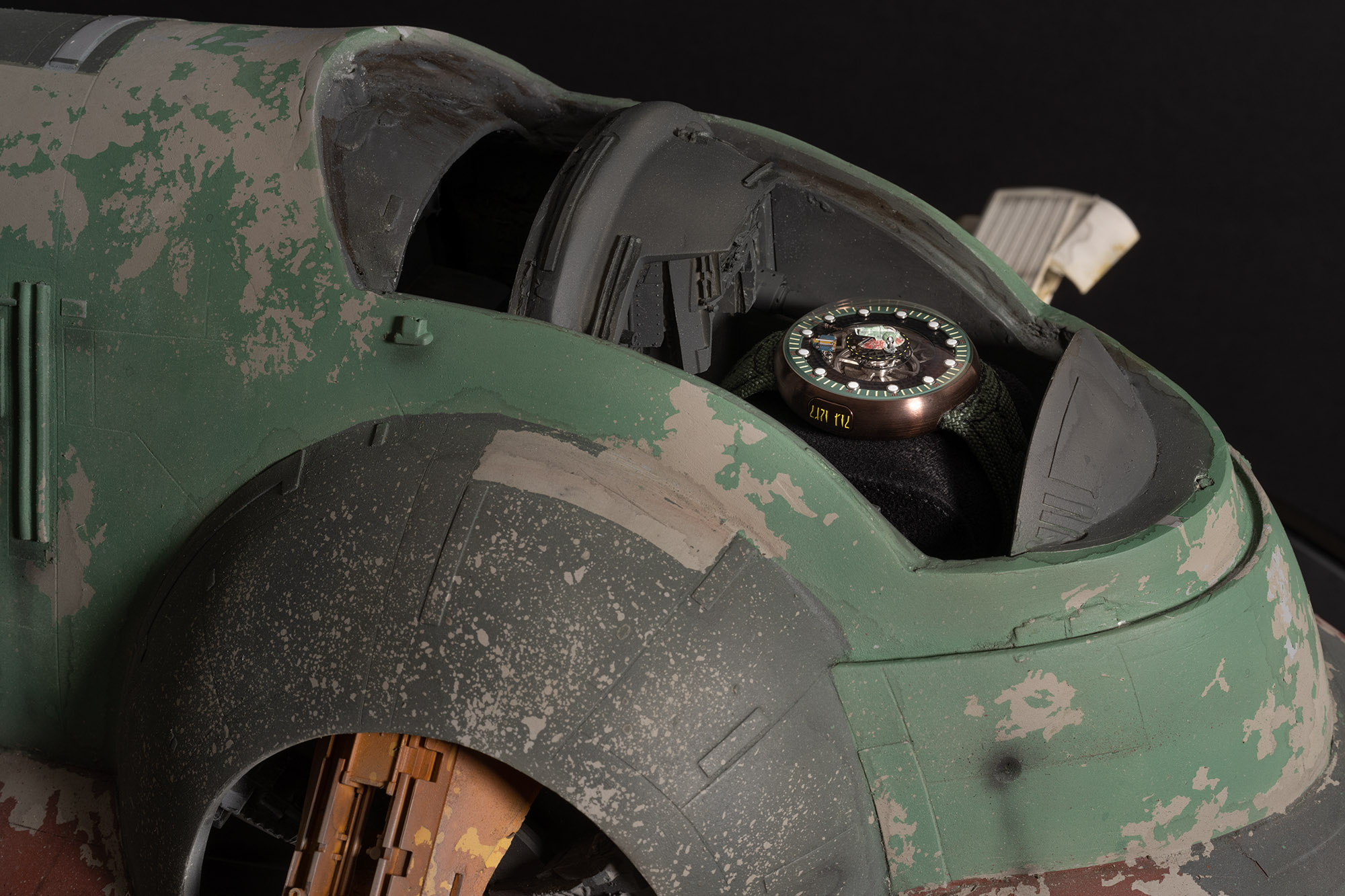 Over the past several years, boutique brand Kross Studio has built a bold reputation among enthusiasts for its wildly stylized central tourbillon offerings themed around a variety of pop-culture properties. 2021’s Kross Studio Death Star Tourbillon was one of the most striking and exemplary variations on this central theme, and for 2023 the brand returns to the “Star Wars” franchise with an ornate tribute to the galaxy’s most infamous bounty hunter. With a vibrantly stylized, highly detailed skeleton display paired to studio-grade packaging, the limited edition Kross Studio Boba Fett Tourbillon is a truly show-stopping piece of memorabilia for the wealthy die-hard “Star Wars” fan. 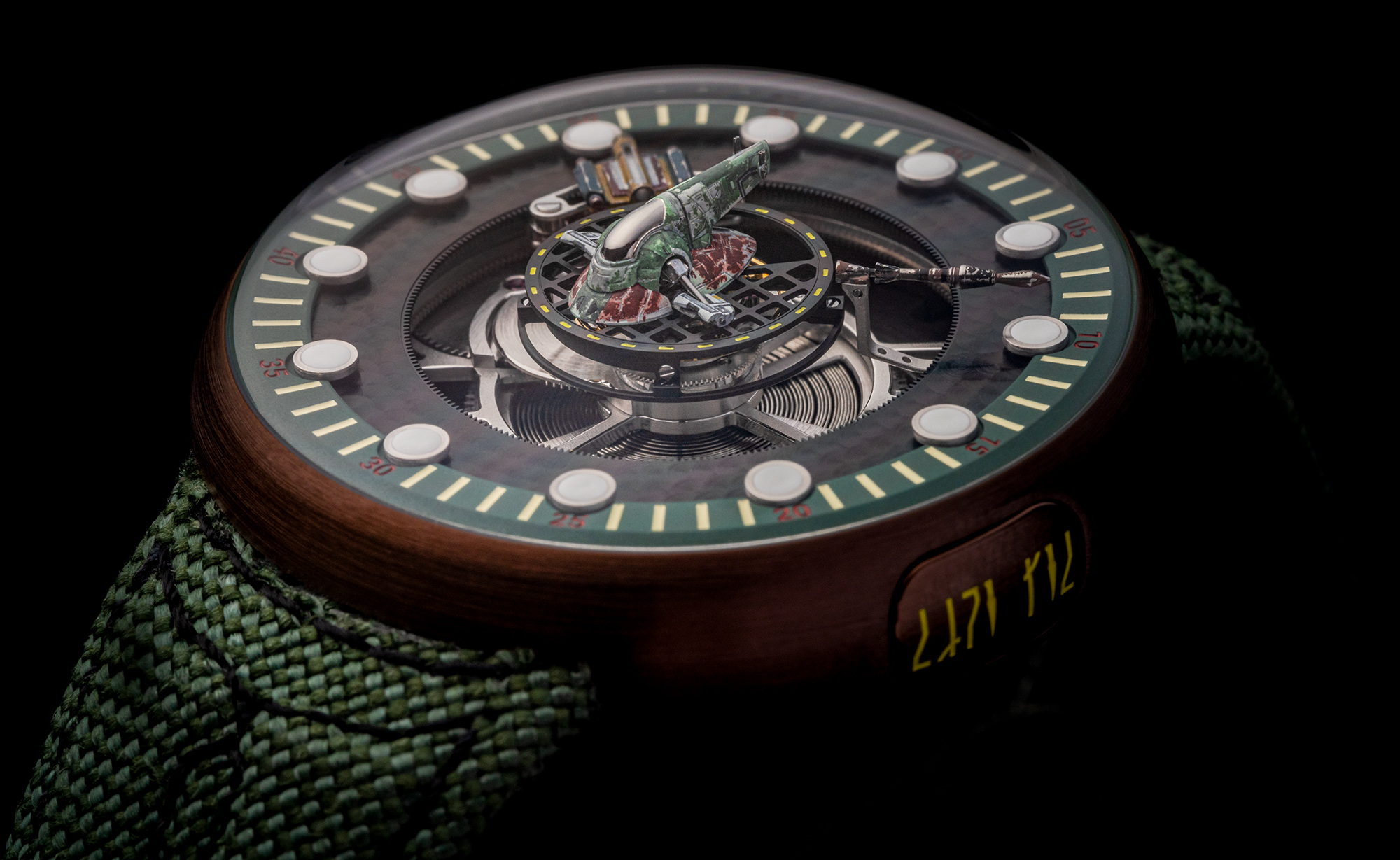 As with the brand’s previous releases, the Kross Studio Boba Fett Tourbillon begins with a smooth, rounded 45mm-wide lugless case. In order to make the design as streamlined and symmetrical as possible, the brushed Grade 5 titanium case eschews a traditional crown in favor of a D-ring assembly that folds flat against the sapphire display caseback. To swap between winding and setting the hands, wearers can operate a flush-mounted rectangular pusher at 3 o’clock. All of this is carried over from existing Kross Studio models, but the brand gives the familiar design a ruggedly patinated flair in images with a deep bronze PVD coating and engraved Mandalorian text on the pusher in vibrant yellow. A printed rendition of Boba Fett’s distinctive mythosaur skull emblem tops off the caseback, further reinforcing the “Star Wars” theming throughout. Like previous Kross Studio efforts, the Boba Fett Tourbillon does suffer on the water resistance front, offering a subpar 30-meter rating. 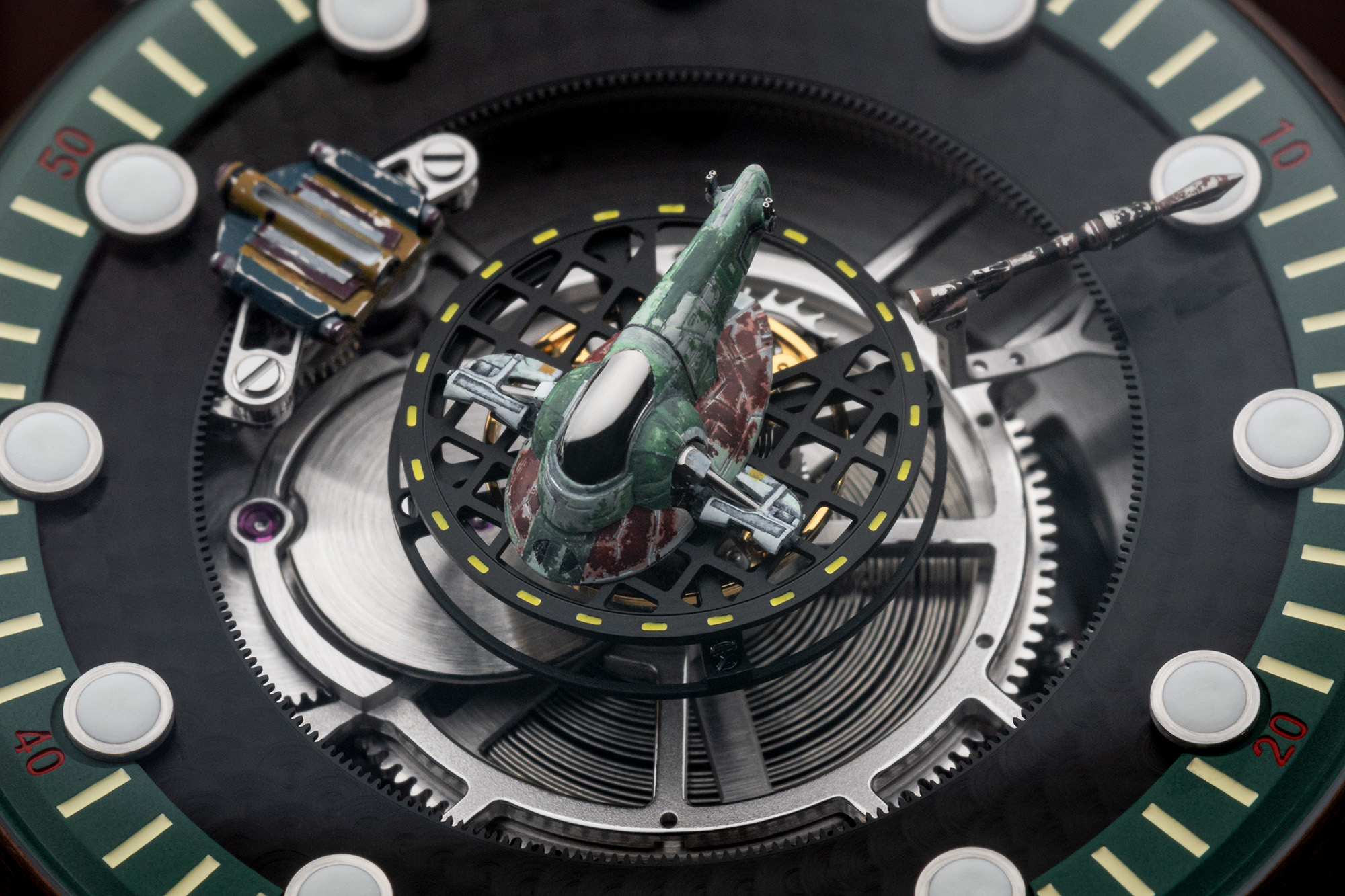 Like the case, the skeleton dial of the Kross Studio Boba Fett Tourbillon broadly follows the template of the brand’s previous releases but adds a compellingly weathered “Star Wars” veneer. The central tourbillon escapement once again takes visual center stage, decorated here as a miniature landing platform with a detailed scale model of Boba Fett’s signature (and controversially renamed) Firespray gunship on standby. Naturally, a rotating scale model of a sci-fi spacecraft on top of a tourbillon is not going to fit everyone’s aesthetic sensibilities, but it’s impossible to deny the quality of the miniature painting in images. This is a diminutive element, but the model conveys a web of panel lines, multiple layers of grime and chipped paint, and even exposed base metal in a way that effectively conveys the worn, “used future” aesthetic of the “Star Wars” franchise in photos. Likewise, the planetary gear-mounted hands are styled to resemble Boba Fett’s modified Z-6 jetpack and backpack-mounted homing rocket (yes, I am nerdy enough to know that), and feature a similarly impressive level of weathered detail painting. Outside of these new elements, the finishing is solid, particularly through the black-coated perlage atop the outer planetary gear. 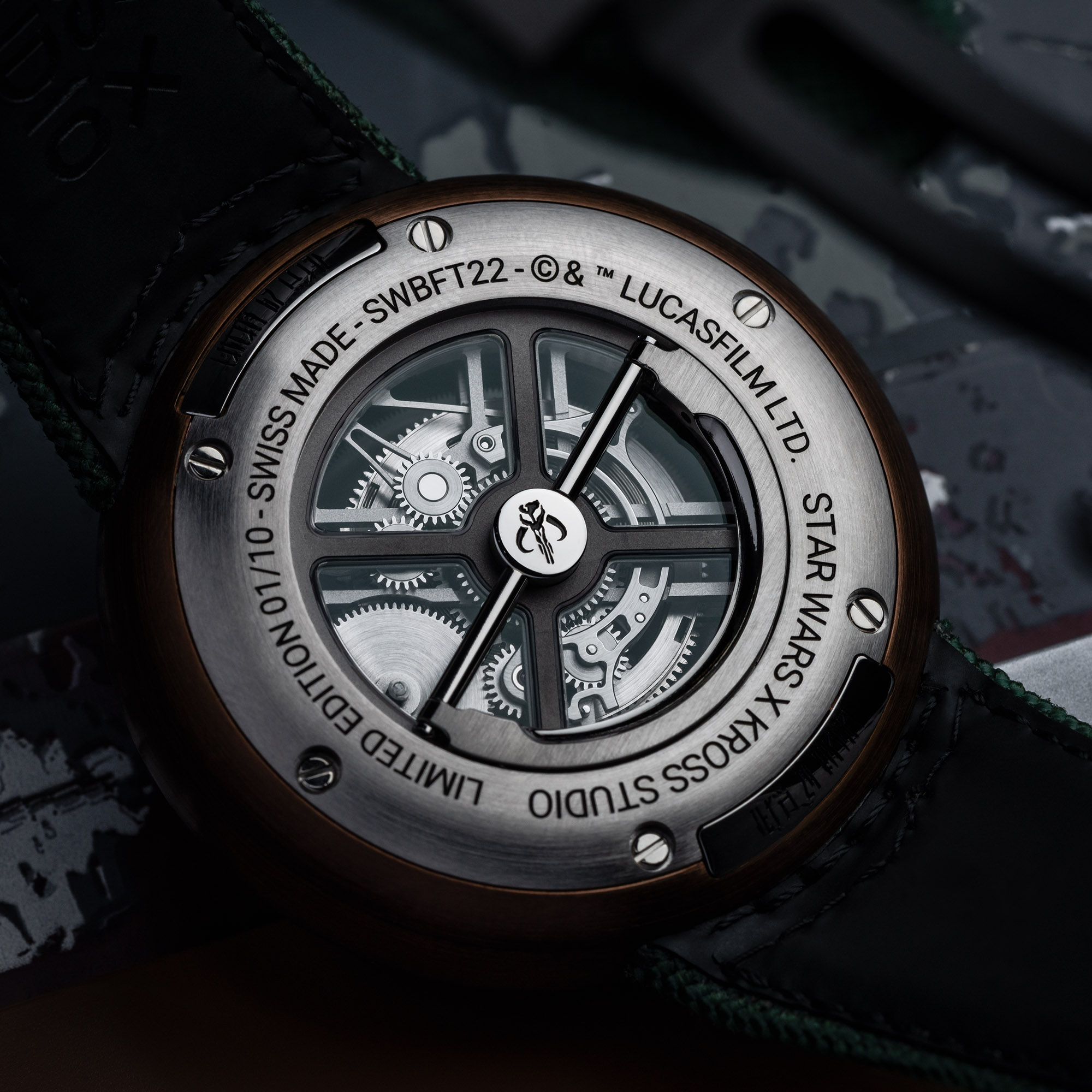 The KS7000 handwound tourbillon movement inside the Kross Studio Boba Fett Tourbillon is a staple of the brand’s offerings, and provides a hefty 120 hour power reserve at a 21,600 bph beat rate. From the caseback side, the finishing on this skeleton movement is surprisingly businesslike, with matte blasting and simple brushing throughout. Kross Studio pairs the watch with a trio of straps, including an olive green polyamide fabric strap with ornate black contrast stitching, a simple black rubber strap, and a deep brown leather strap lined with rubber. 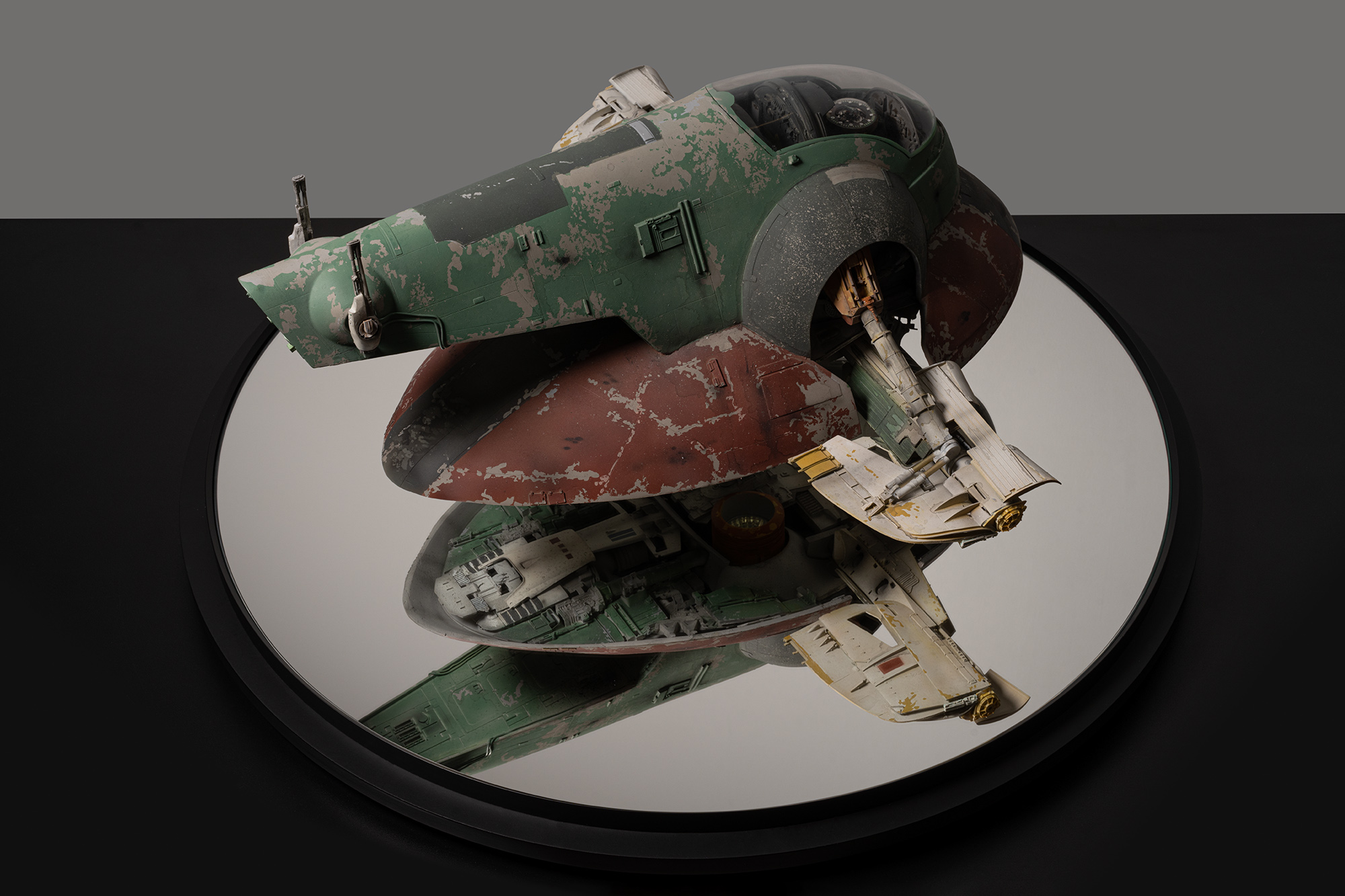 Presentation is a strong suit for Kross Studio, and the Boba Fett Tourbillon’s packaging stands as one of its wildest presentations to date. Rather than a traditional watch box, the Boba Fett Tourbillon is stored inside a filming-scale model of the character’s Firespray gunship, crafted with an aluminum and acrylic frame featuring resin detail parts. Each part of this ultra-detailed display model is cast from a mold made from the original filming model used in “The Empire Strikes Back,” and each element is painstakingly painted by hand to exactly match the screen-used prop. The cockpit of the ship becomes a glass-topped display box, with the watch nestled safely inside. It’s an impressive display piece in its own right, and it should have no trouble standing out in a collection of rectangular watch display boxes. 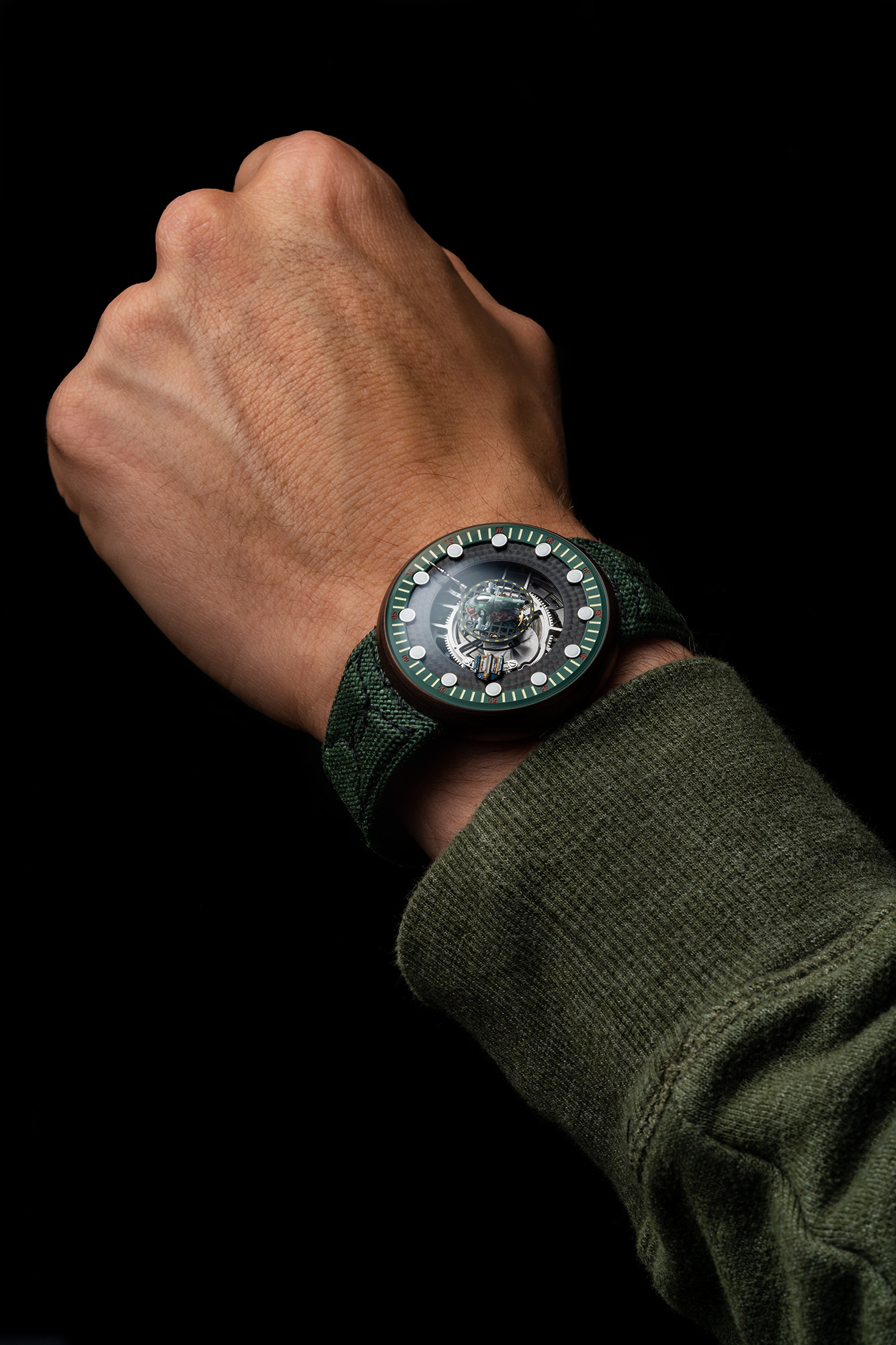