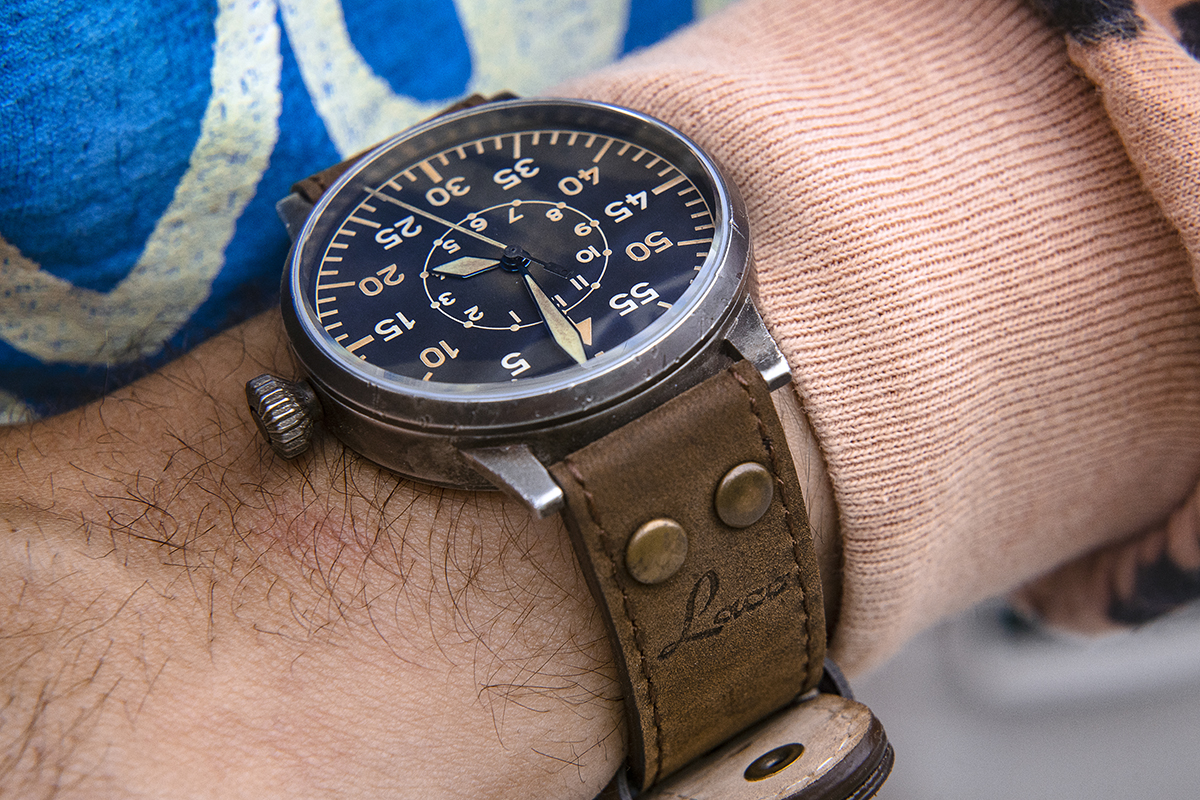 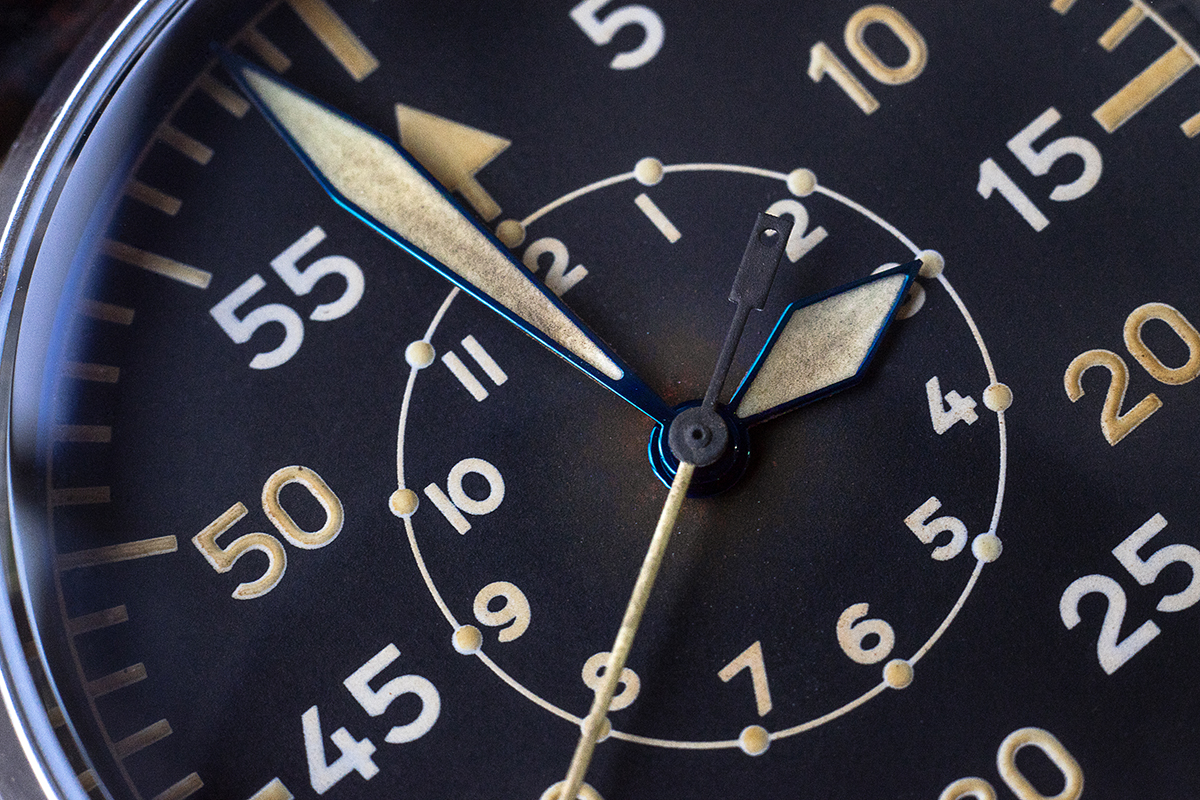 The Type-B navigator’s watch is an immediately recognizable and highly collectible artifact from WW2. The German Luftwaffe commissioned 5 manufacturers, and Laco (then Lacher & Co. Durowe) was one of them. The Laco Paderborn Erbstück is a wearable, artificially patinated reproduction of the historic original. To note, The Paderborn is the 42mm automatic variant of this watch. The Erbstück series is also available in manual wind variants, and slightly larger 45mm sizes. 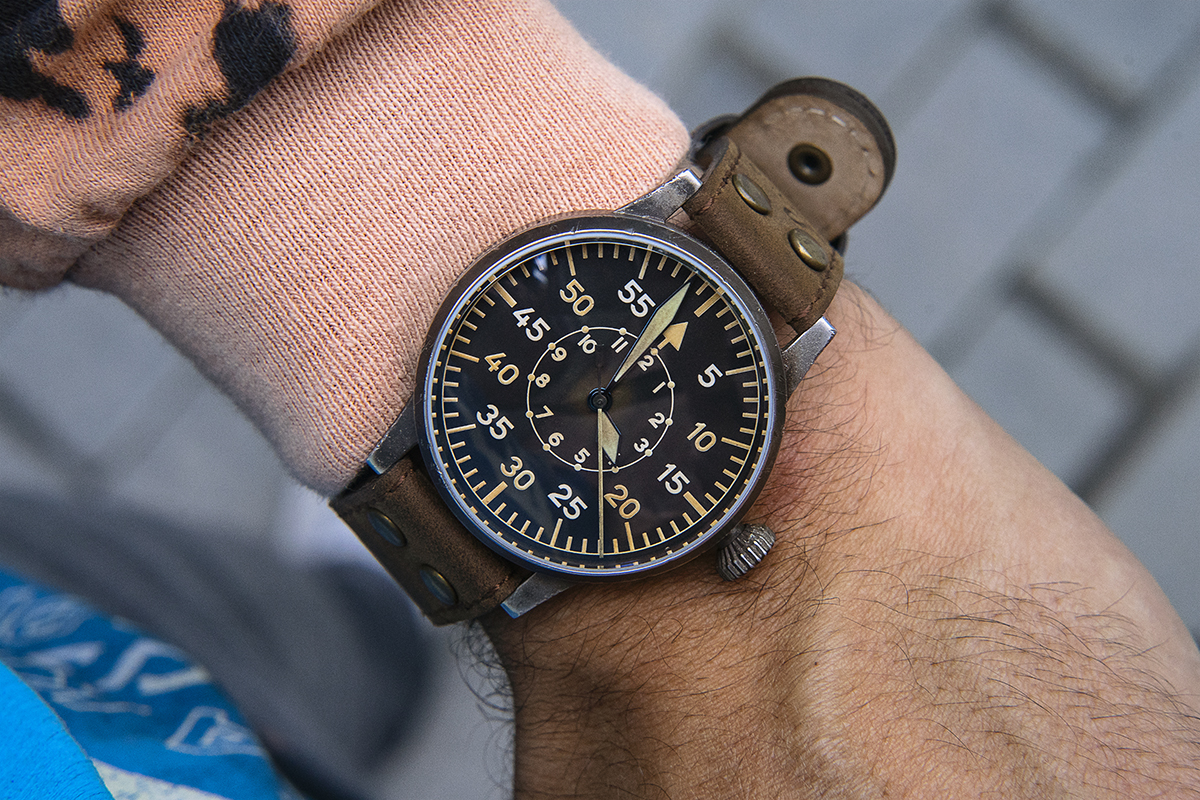 Regarding the name, “Erbstück” translates to “Heirloom” in English, and “Paderborn” is a west German city. The 42mm manual wind Type-B is named after Leipzig, and so on. Each variant in this series is named after a geographical location within Germany.

There are many points of discussion when it comes to the Erbstück series of Laco’s Pilot Watch Original. First and foremost is definitely going to be the faux patina. After wearing this watch over the course of the month, this has been the number one talking point for fellow watch enthusiasts, so let’s just start there. 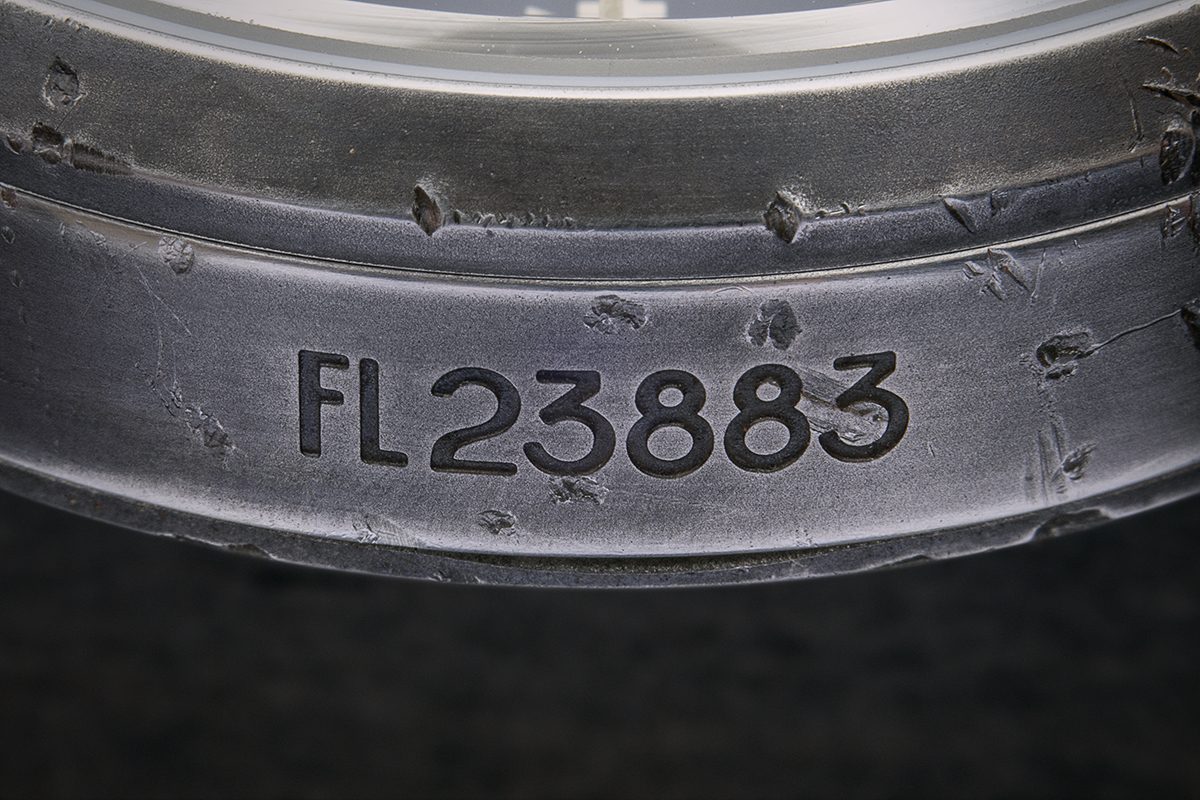 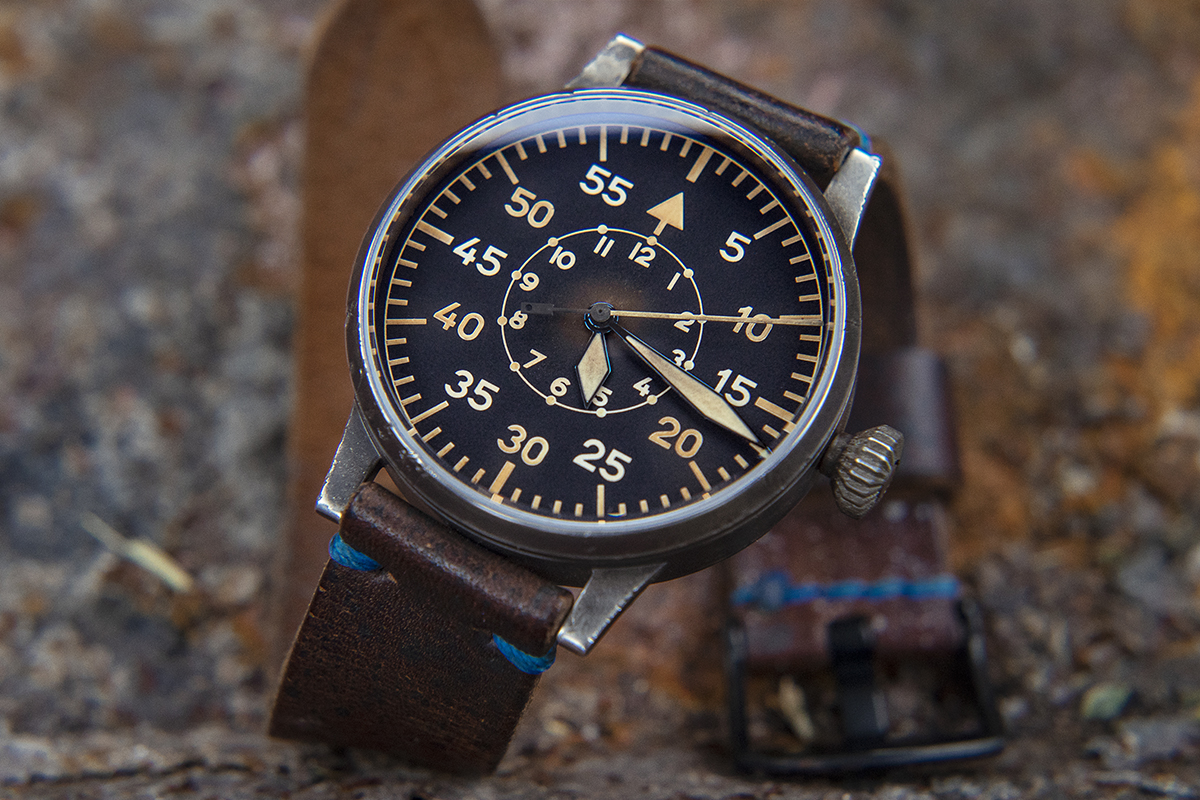 The concept of manufactured patination, or “fauxtina” isn’t really anything new, and many brands have embraced it. From the recreated radium burn of the PAM 687, to the more subtle aged lume on the Oris 65, there is already a spectrum of offerings. On the more extreme end of the scale resides the Laco Paderborn Erbstück, which is partly why it is so notable.

Each Laco Erbstück is entirely unique in appearance, and the ageing is very convincingly done. Even one of the lugs on my review model looks as if it has been legitimately broken off and re-soldered to the case. Other than the immaculate sapphire crystal, the dial, case, and hands have an accumulation of random gouges and an overall wear that looks totally befitting of a WW2 watch. The detail and various levels of patination are what make it so convincing, and it definitely fooled anyone who wasn’t as familiar with the original B-Uhr. To those who are familiar, the 42mm size is a dead giveaway. 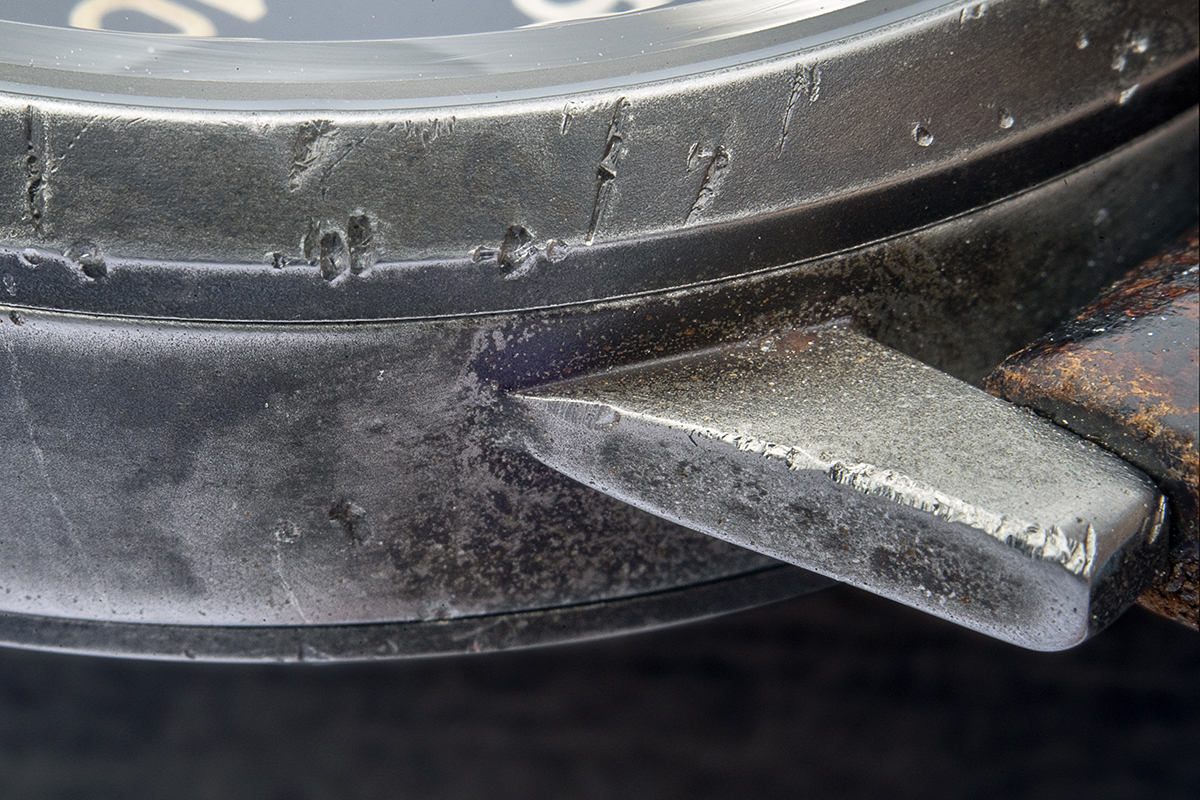 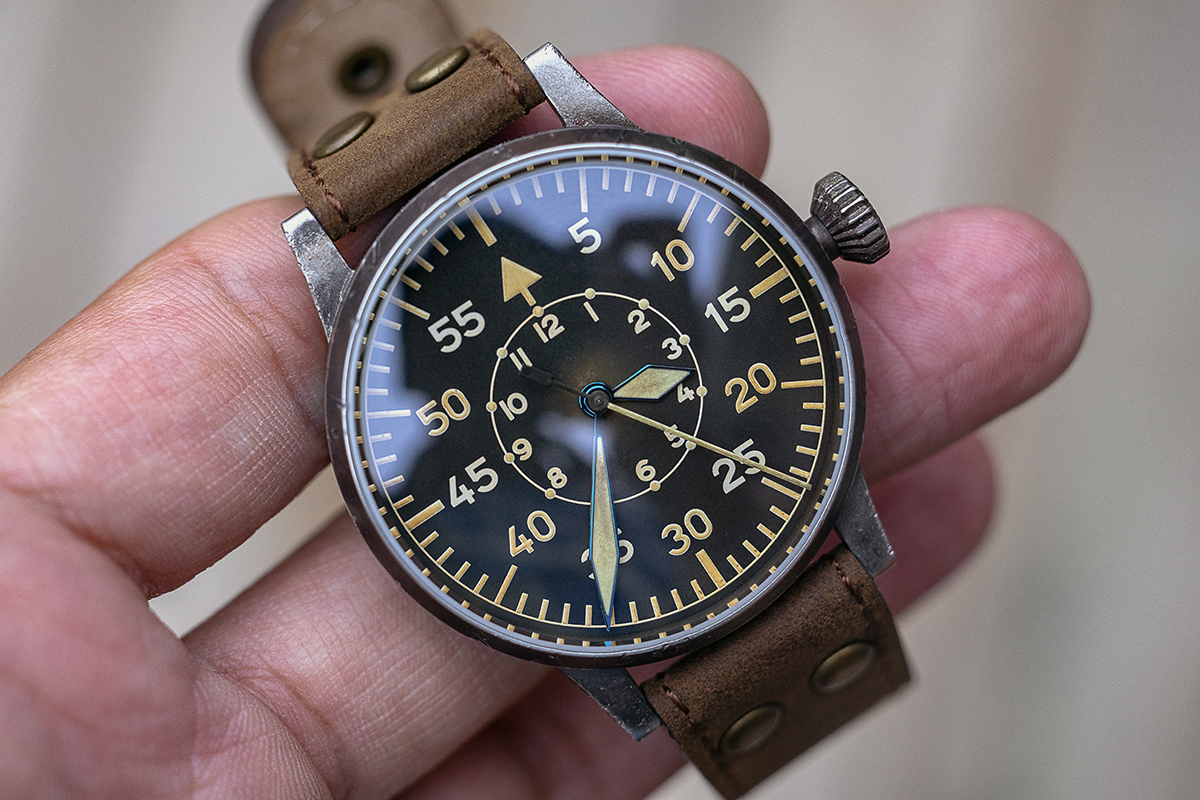 This brings me to my second point about the Laco Erbstück, which is that it is available in actually wearable sizes. For my 7” wrist, the 42mm is plenty, and with no bezel and the straight lugs it wears larger than it is for sure. Unlike some other re-issues of the same ilk, if you can find a functional original, you may find yourself shelling out a large sum of money ($6,000-$11,000 USD) for a practically unwearable 55mm watch. And that’s not including the 8mm crown. 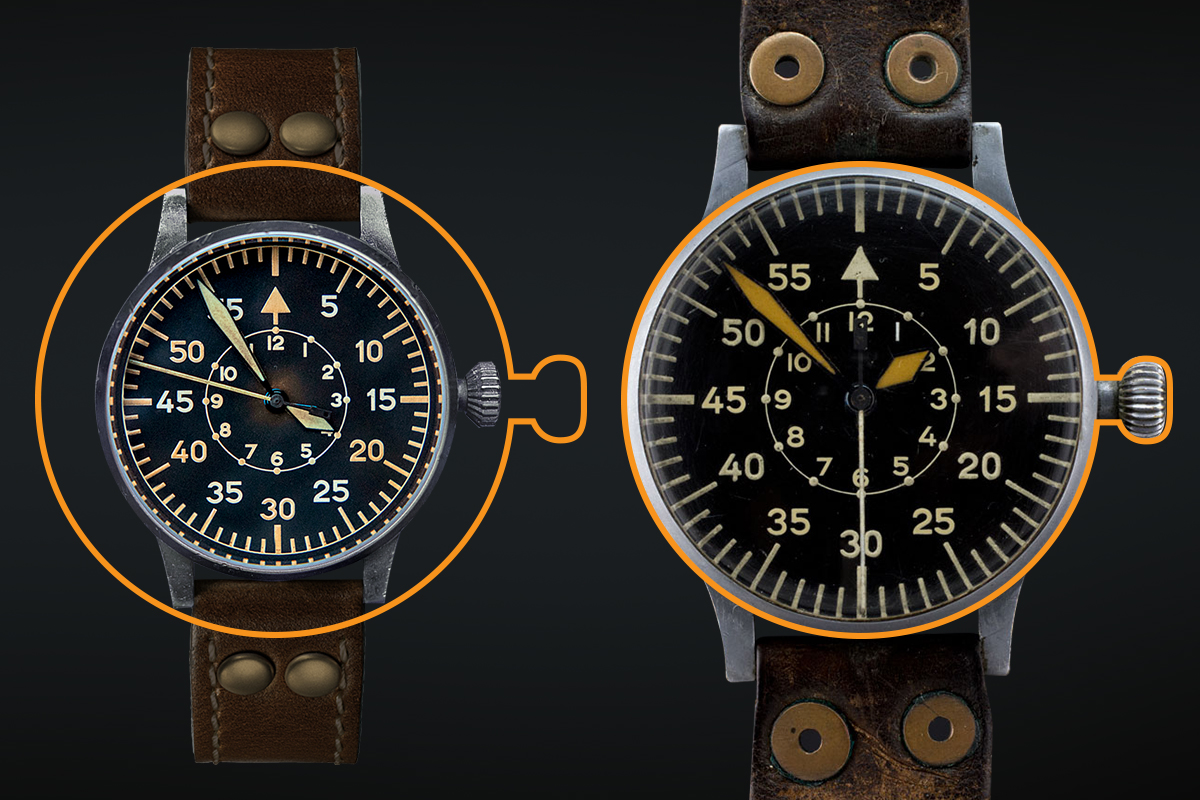 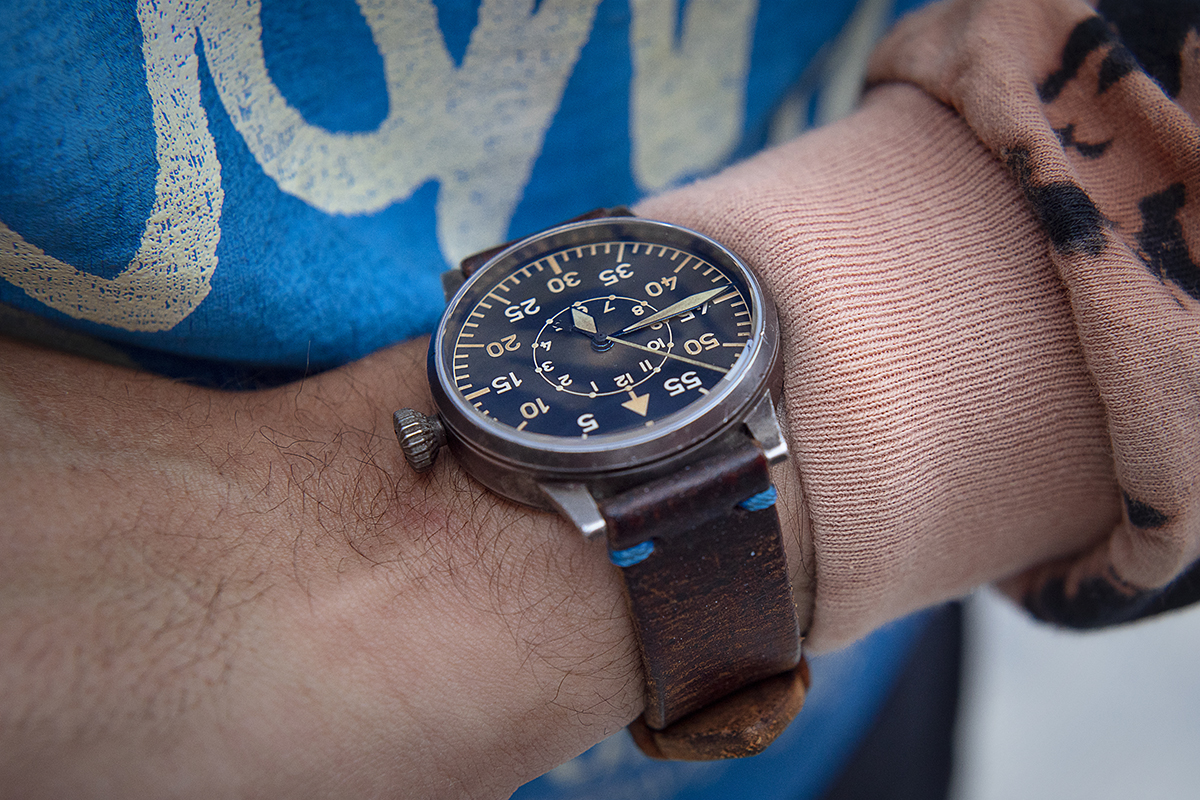 Of course, nothing can beat real age when it comes to vintage, but the Erbstück series offers wearability while maintaining the desirable look of a hard-worn military watch. Also, the Laco Erbstück watches won’t set you back as much either, at $2,350—$2,500 USD.

As with the faux radium burn of the PAM 687, sometimes manufacturing the look just makes sense. Just as radium is a dangerous material, a 55mm diameter will impede wearability. In this case, Laco decided to make something you would actually get to wear. It’s a polarizing watch for sure, and Laco has long offered this Type-B style pilot’s watch without any patina, if the Erbstück look just isn’t your cup-of-tea.

A Closer Look, Beyond the Patina

And as previously mentioned, there were 5 makers of the original pilot’s observer watch: Laco, IWC, Wempe, Stowa, and A. Lange & Söhne. They are all very similar, but there are some differences. One characteristic of which I prefer the Laco for is the lug design: Short, angular, and flat in profile. To me, these look the most practical and tool-watch like, and I am glad the Paderborn Erbstück has preserved this detail. 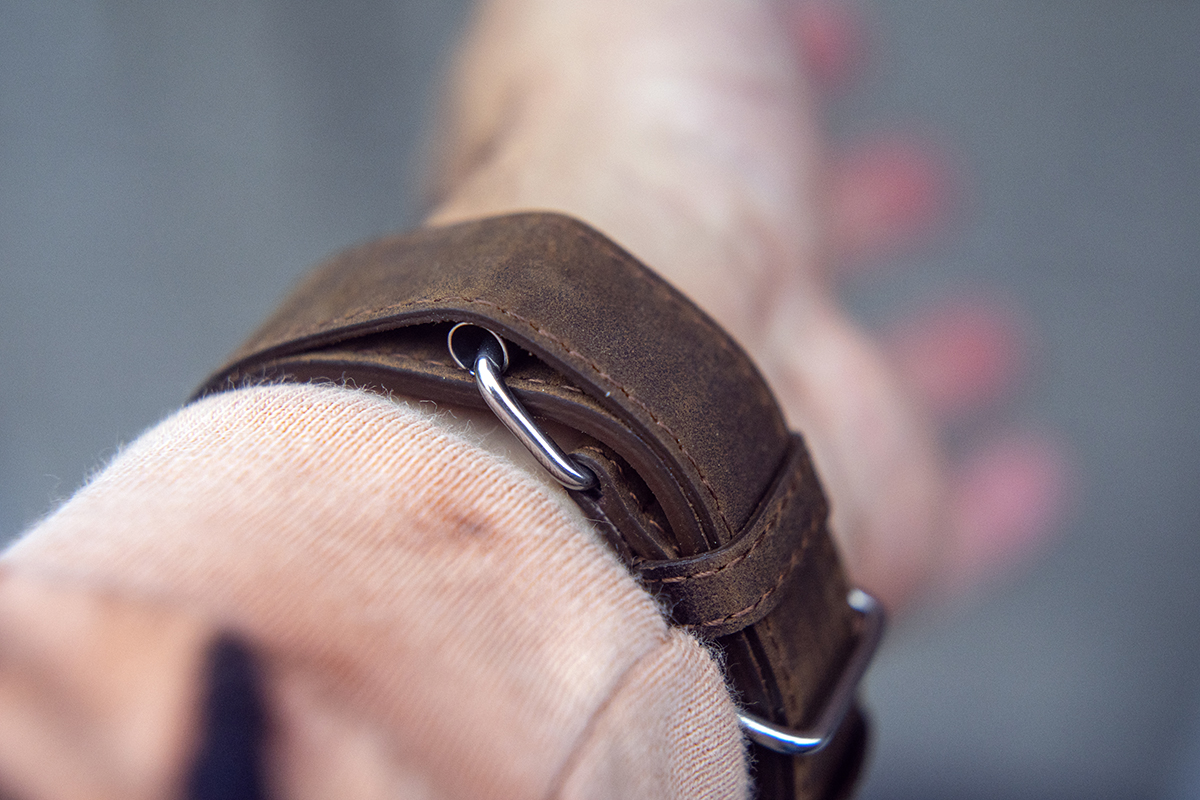 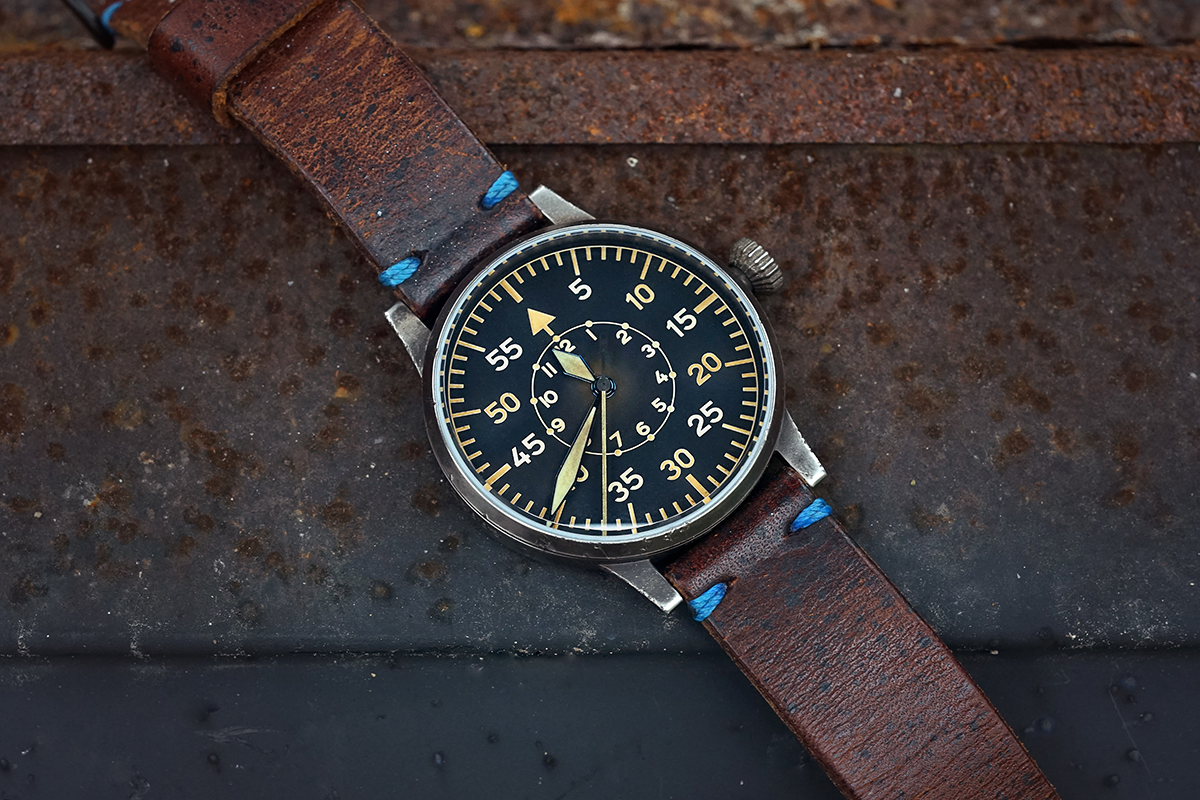 Another historically interesting feature is the strap, which is accurate to the original WW2 production by Laco. It has a unique, heavy duty construction that keeps the watch securely fastened to your wrist, and much like a bracelet, would prevent you from accidentally dropping the watch when you are taking it off. Although interesting, I found it a bit too much for daily wear. I ended up swapping out the provided strap for one of my own after the first day. The strap change definitely made this thing much more fun to wear, and wearability is the main selling feature of the Laco Paderborn Erbstück.

I would definitely recommend the purchase of an additional, straight cut, classic leather strap for this piece. Tapered straps looked foolishly flimsy and nylon NATOs looked quite out of place on this watch, so you need to choose wisely. Whatever your taste, just make sure you go for a leather strap that’s the same width at both lug and buckle. 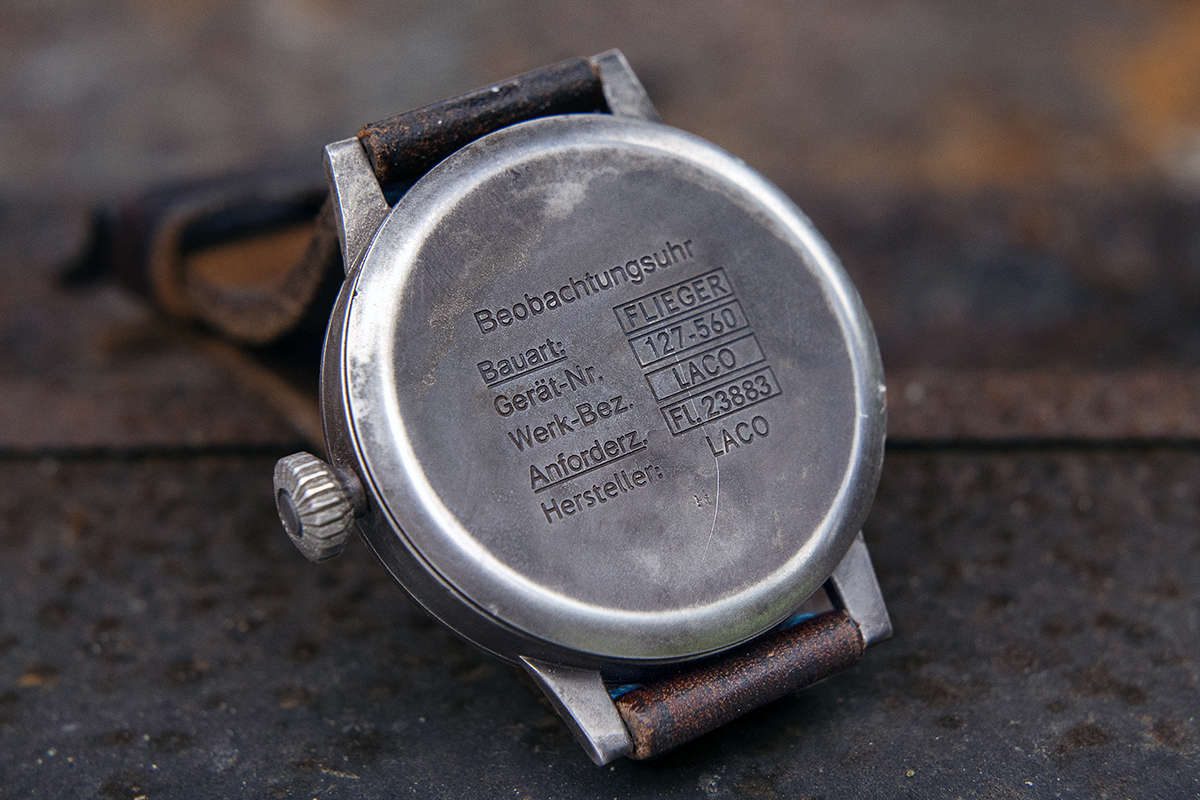 The automatic Laco Paderborn Erbstück has a hacking seconds ETA 2824.2 on the inside, which does mean you’ll experience the ‘phantom date wheel’ click. If that bothers you and you don’t mind winding the watch yourself, the Laco Leipzig Erbstück model gives you the same look with an ETA 2801.2. I believe this variant has no date wheel to contend with, plus, manual wind is fun. Otherwise, the Paderborn variant is the way to go if you don’t want to think about keeping it topped up. 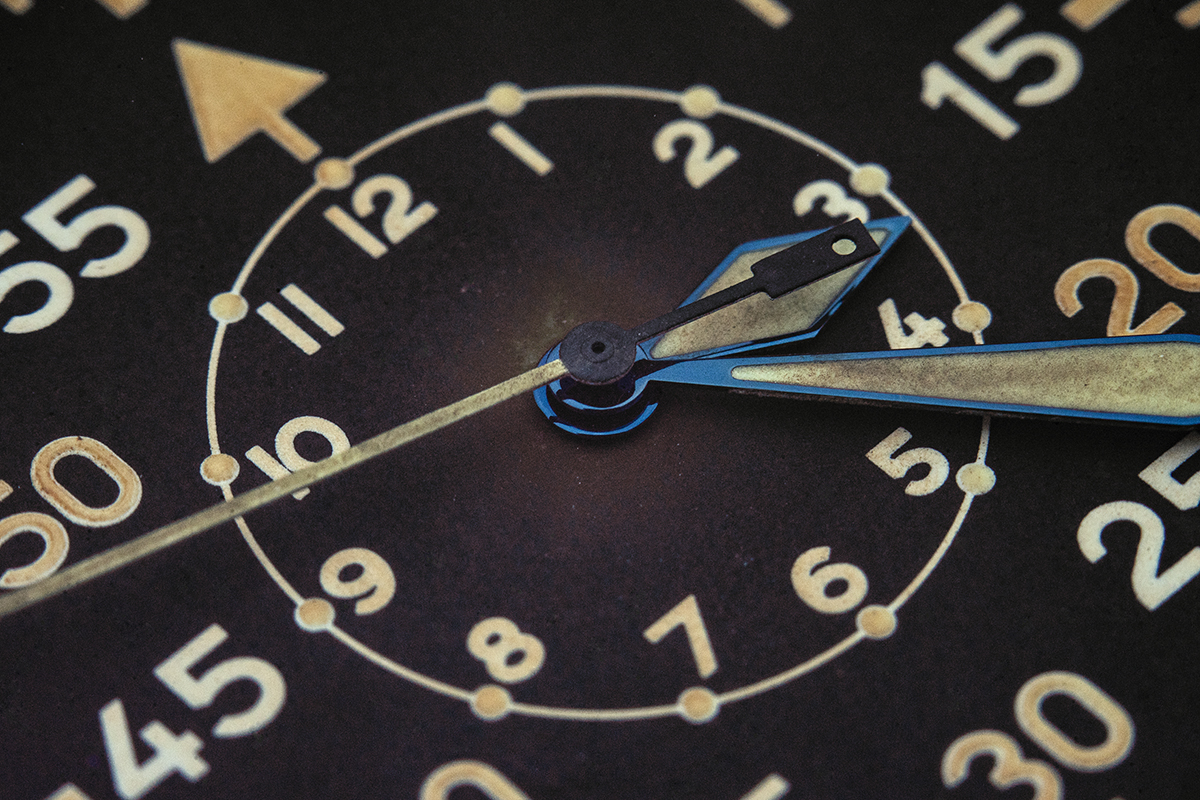 The Type-B dial is probably the most iconic version of the pilot’s observer watch, with the small hour ring in the center of the dial and the large minutes/seconds track on the outside. It’s easy to read, and quirky at the same time. There is a bit of a tropical look on the example in this review, and I have no idea how they achieve that. The aged dial and lume look good with the rest of the case, and compliment the thermally blued hands nicely. 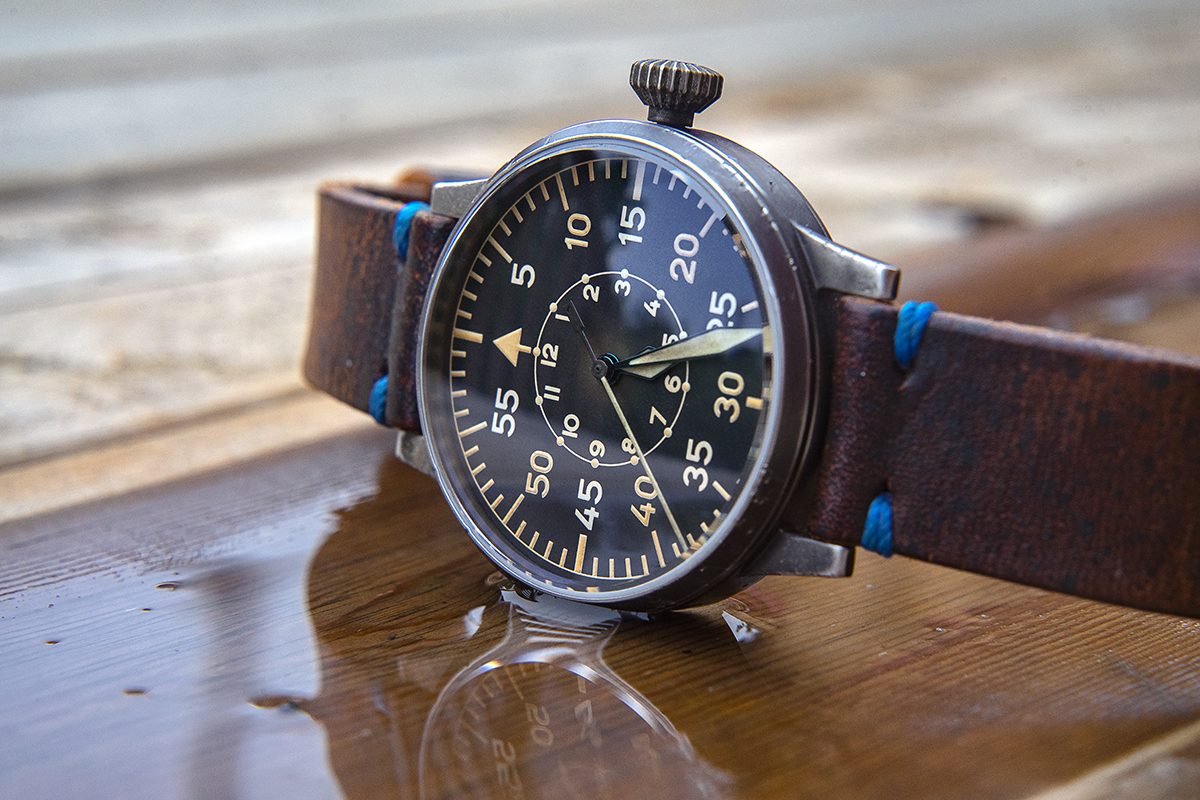 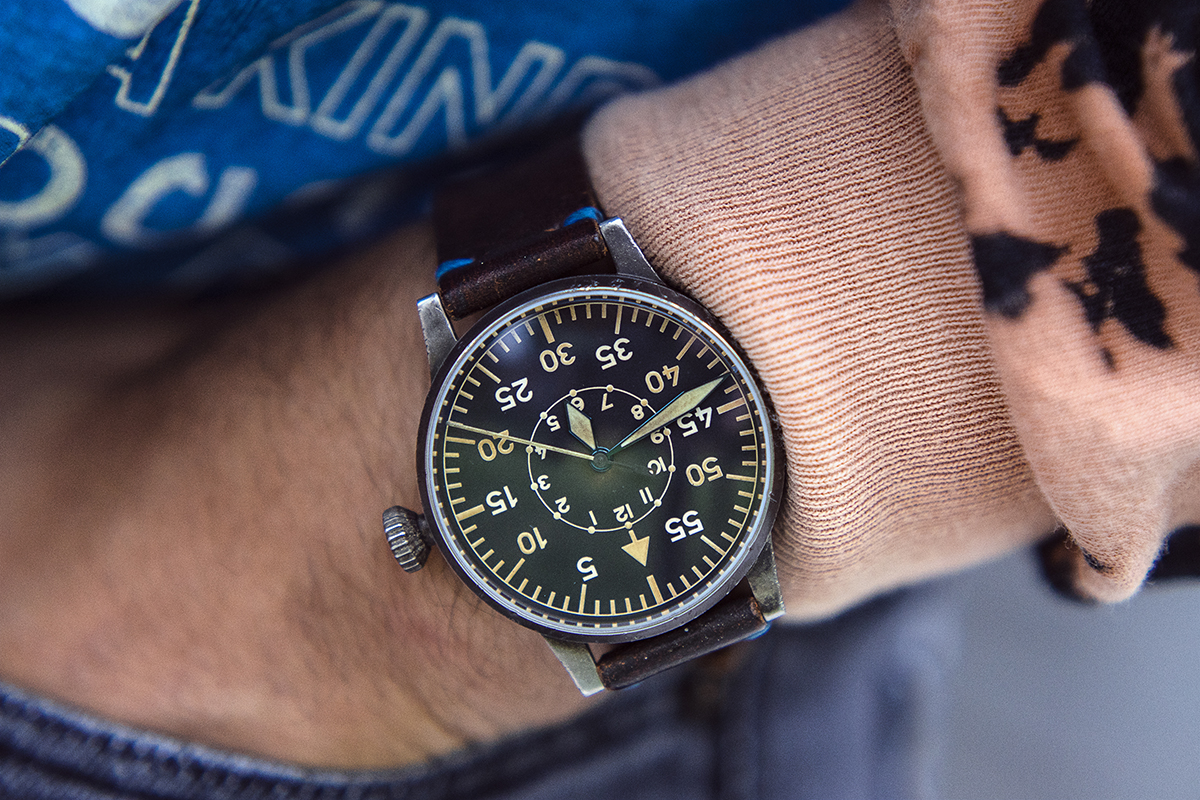 Perhaps some may fault the presence of a sapphire crystal in favor of a plexi like the original. Although the AR-coated crystal allows for a clear view of their work, it would be interesting to see if Laco could offer a slightly yellowed plexiglass crystal as an option. Perhaps the decision to insert a modern crystal is where Laco drew the line between an homage and fakery? I don’t know. But they do have another option for ordering your Erbstück with cracked lume in the hands, if you so desire. 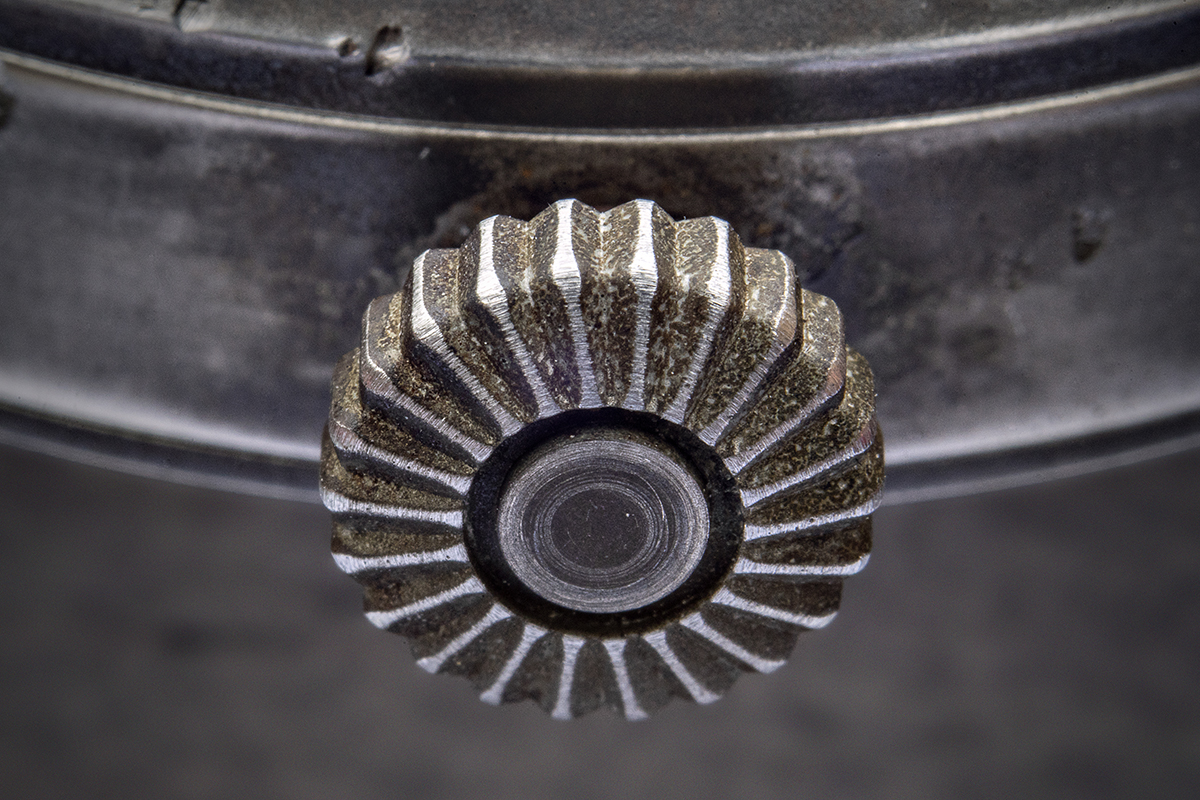 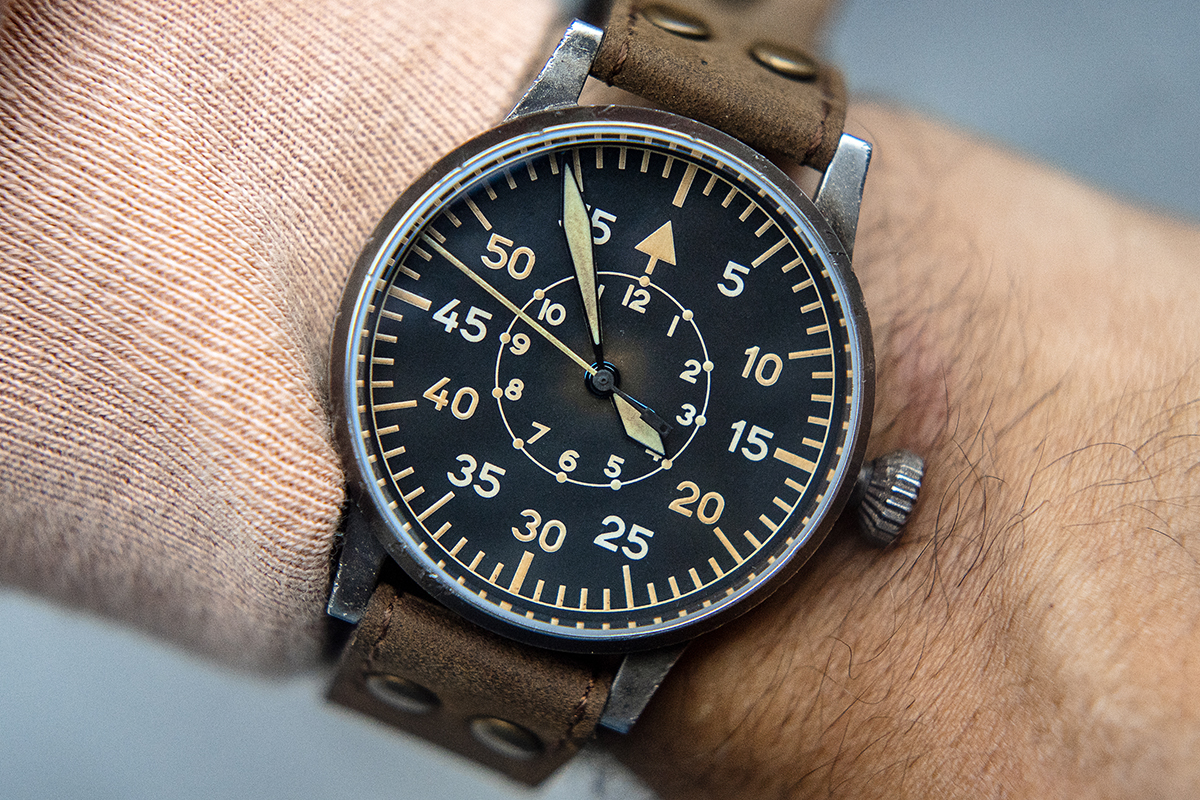 So what is my overall impression? Well this was definitely an interesting watch to review, which is why I wanted to take the assignment. Honestly, I wasn’t sure how I was going to feel about wearing a piece with manufactured patina. My favorite watch is an old RCAF chronograph, and it has earned every dent and scratch… But it’s also very wearable at 36mm. There is no real need, or desire to remake it. The Laco Paderborn Erbstück is able to deliver on a desire the original cannot: wearability. Furthermore, everyone I shared it with found it pretty damn amusing. It’s a conversation piece—well, for watch nerds anyways. And if you are reading this, you’re definitely a part of that group.

Love it or hate it, it’s definitely worth talking about, and I certainly enjoyed spending time with it. The Laco Paderborn Erbstück is priced at $2,350 USD. laco-watches.com

Necessary Data
>Brand: Laco
>Model: Paderborn Erbstück
>Price: $2,350 USD
>Size: 42mm wide (w/o crown) 13mm thick (20mm Lugs)
>Would reviewer personally wear it: Yes, but on a simpler strap.
>Friend we’d recommend it to first: Know any metal-heads that want a watch? This pairs well with Junker Designs style gear.
>Best characteristic of watch: The straight, flat lugs + the detail of the patina.
>Worst characteristic of watch: The provided strap is historically cool, but not practical to wear.