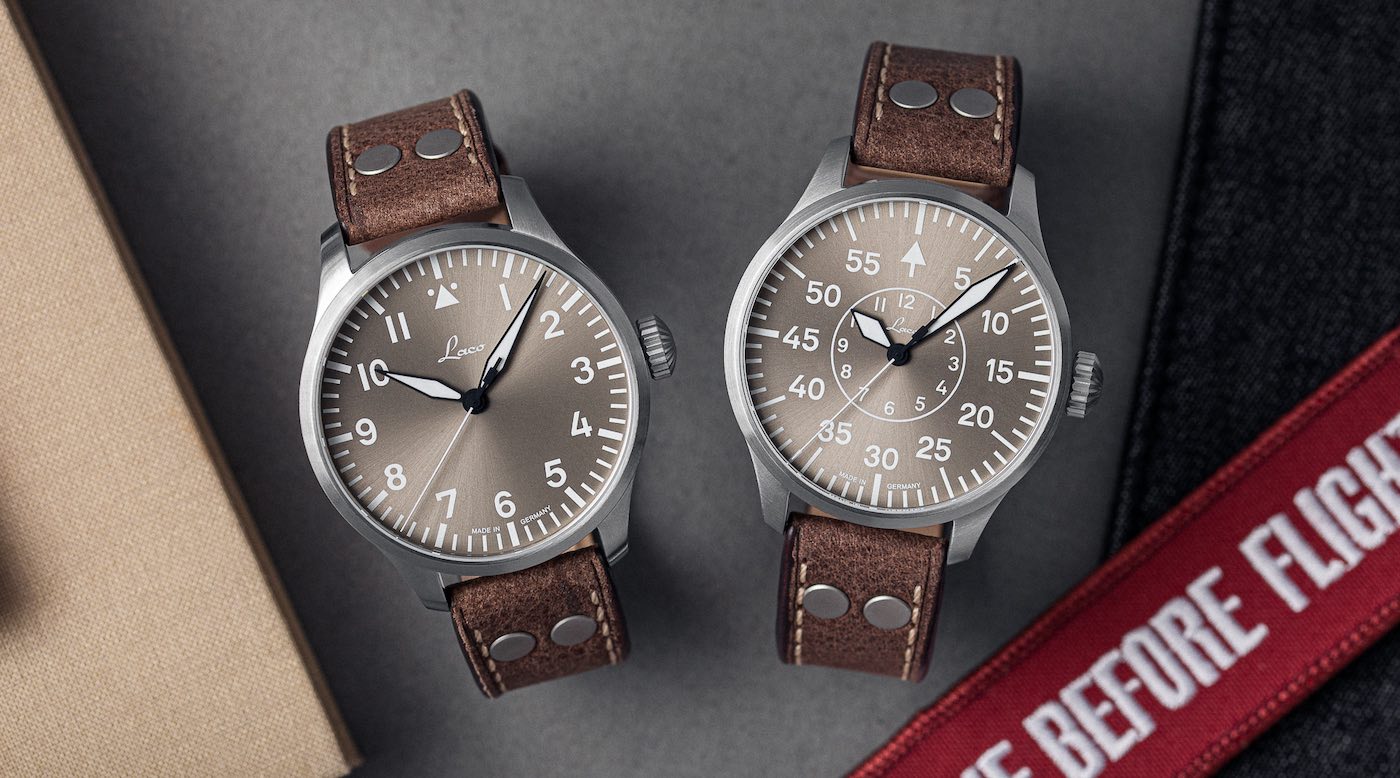 Best known for its military-inspired German Fliegers, Laco is a brand that has found its lane and, quite wisely, sticks to it more often than not. The release of the Laco Augsburg Taupe (reference 862116) and Laco Aachen Taupe (862117) does not break the mold but offers fans of this style an interesting color option, which is rarely explored in heritage-themed timepieces. 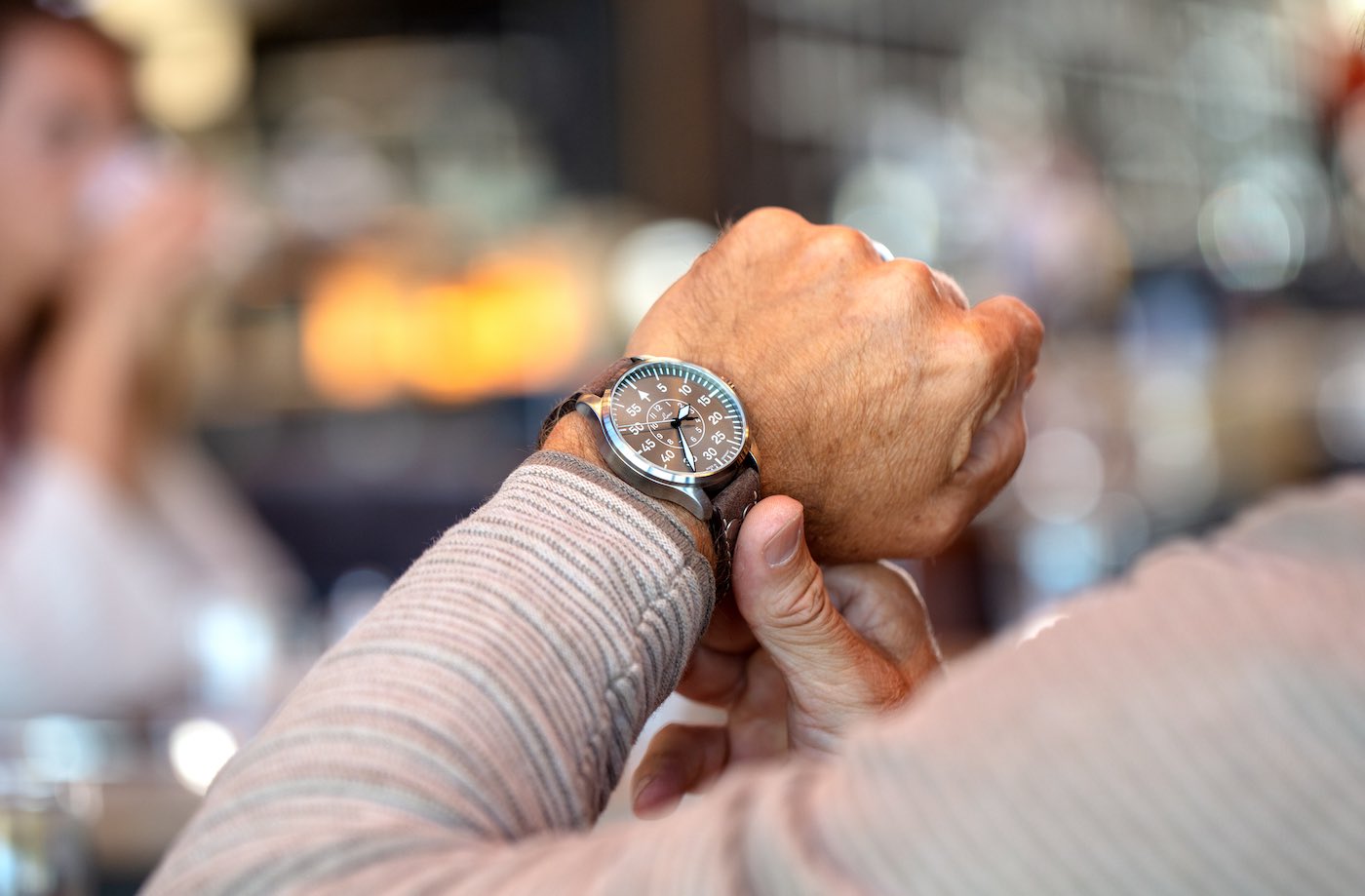 We’ve seen Laco get creative with its dials before. Earlier this year we saw the release of a series of charmingly aged dials that made full use of Laco’s ability to add years of devastation to a totally new product as seen on aBlogtoWatch’s very own Rad-Aux special edition designed by Ariel Adams and Matt Smith-Johnson. 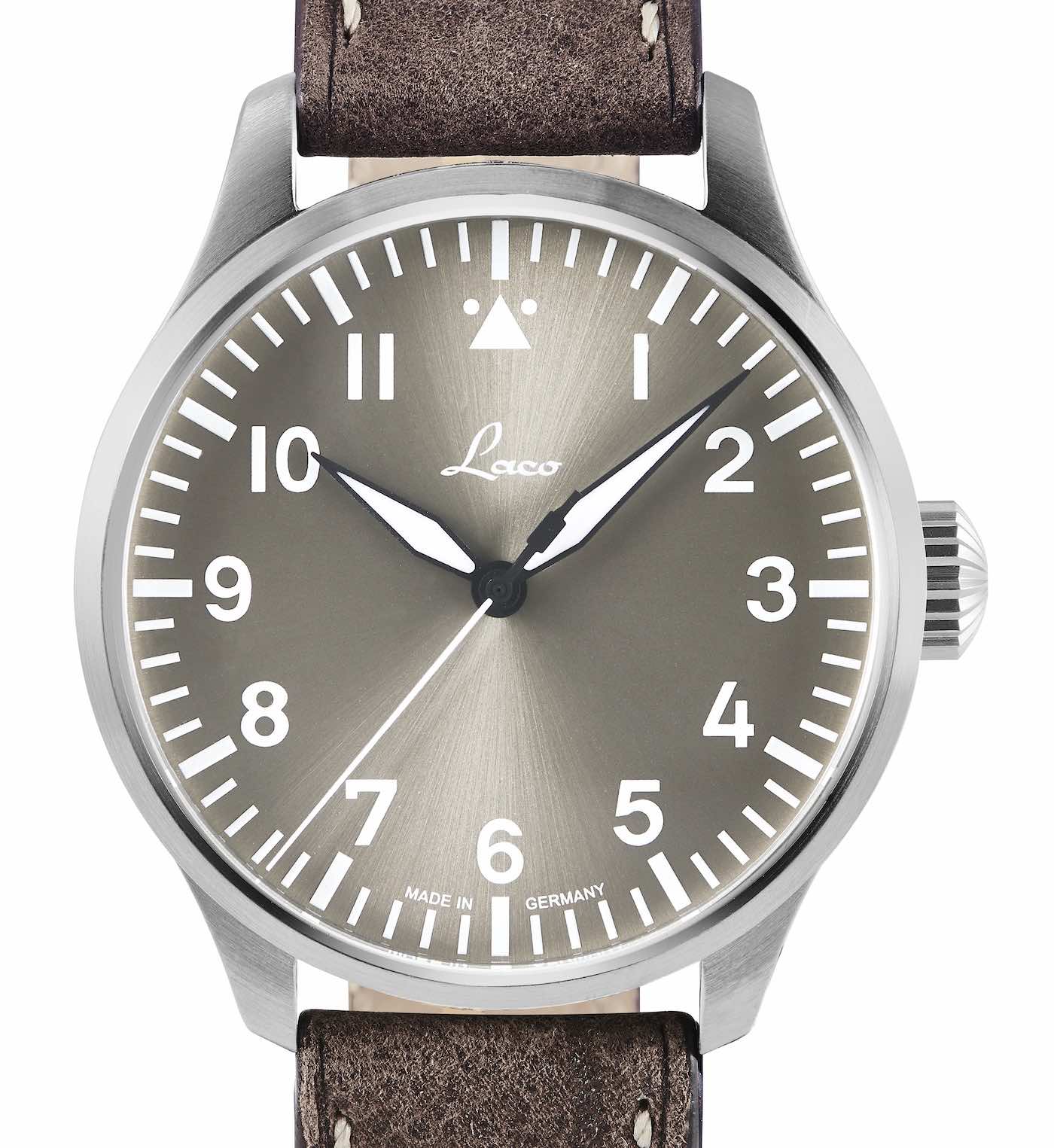 It isn’t a given that new dials for an existing range warrant a dedicated article, but this colorway is so unusual and has such an altering effect on the overall appearance of this style it is worth shining a light on the release. The sun-ray finish adds a level of opulence that Laco rarely dabbles in. It is an interesting direction for the Flieger models and one that got me wondering exactly who would buy these watches? While the general appeal of the Laco Augsburg Taupe and Laco Aachen Taupe models is their gritty utility, these new pieces seem more suited to an officers’ mess than the cockpit of a fighter plane — which is perhaps part of the point. 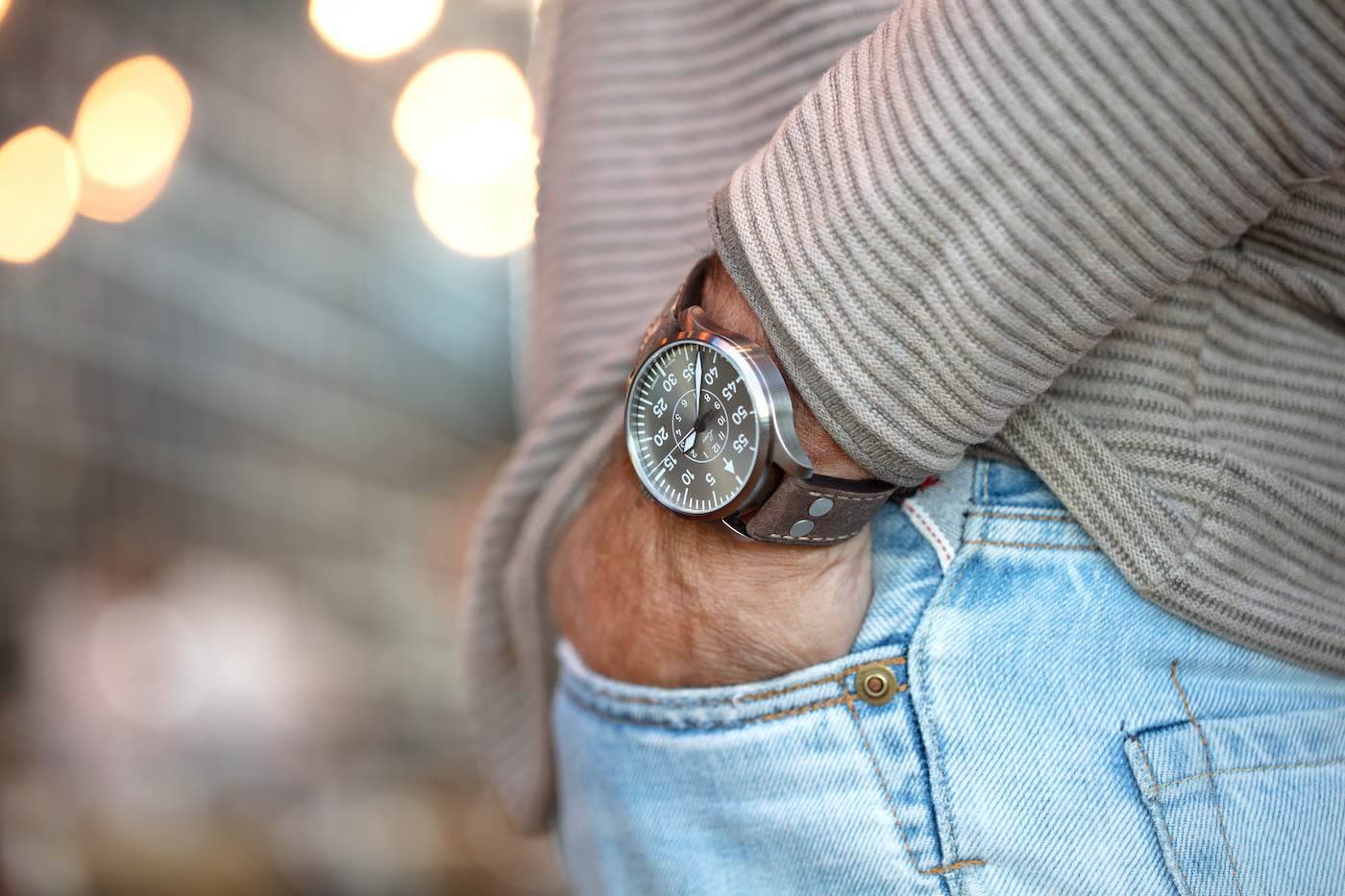 This kind of model seems ideal for two demographics as I see it. For a dedicated Laco-lover, these pieces are sufficiently different from the rest of the catalog to justify adding to the collection. And for the Flieger fanatic who perhaps owns a few more generic examples from other brands and fancies something a bit more off-base for those occasions when the classic IWC Big Pilot just won’t do. A third, less often discussed, section of society that might enjoy these dials is men who dress entirely in taupe. It’s a small niche, but this is the kind of release that can collar a market that size. 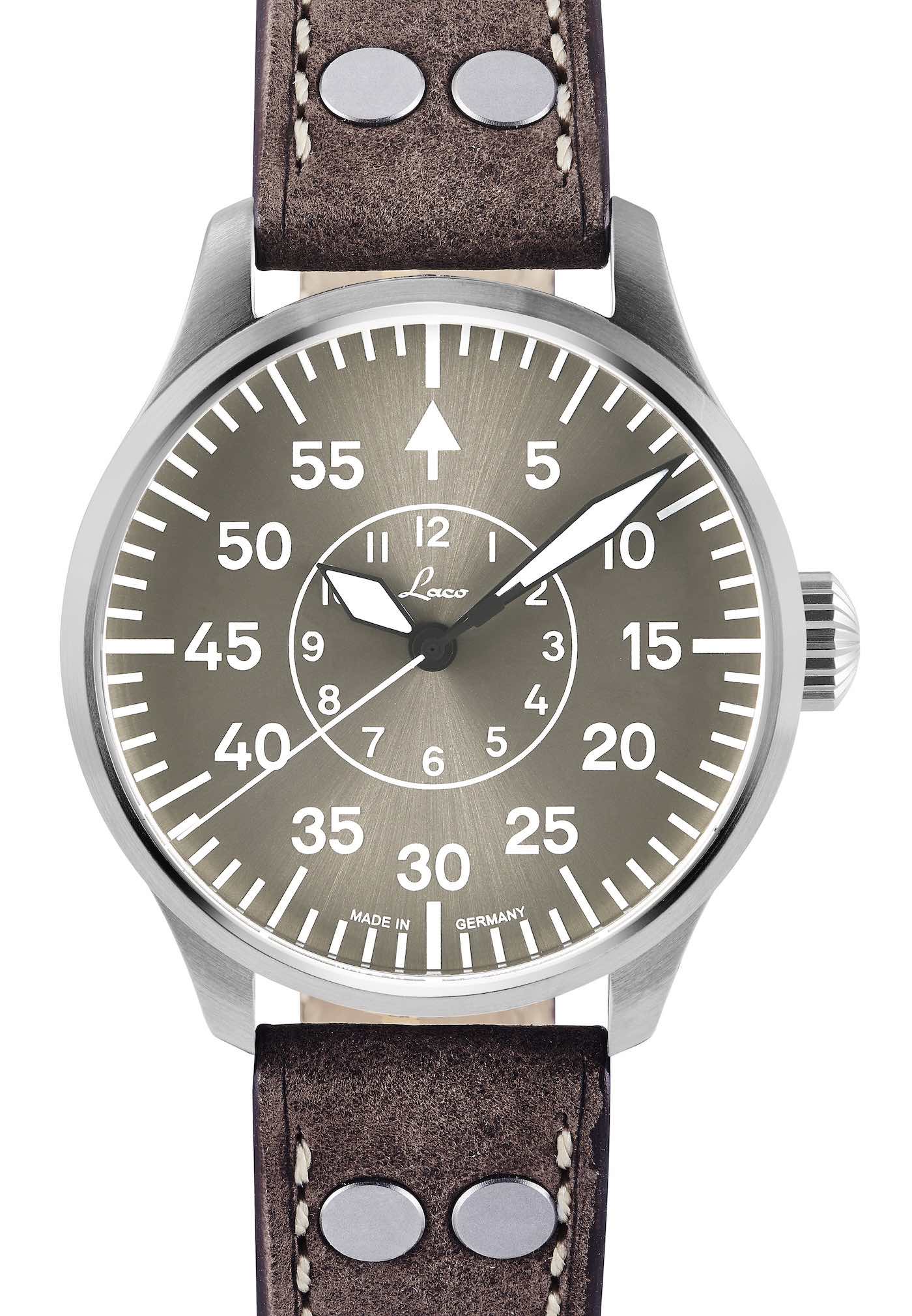 From a practical perspective, these watches have a very wearable 42mm case size, boast a very good level of case finishing for the money, and, despite the jazzy color on the dial, a decent amount of legibility. That was, at first glance, my gripe with these pieces. In some of the press shots, the dials look quite light — almost too light to get away with white type. However, after a bit of time, I revised my opinion and now find them weirdly compelling. 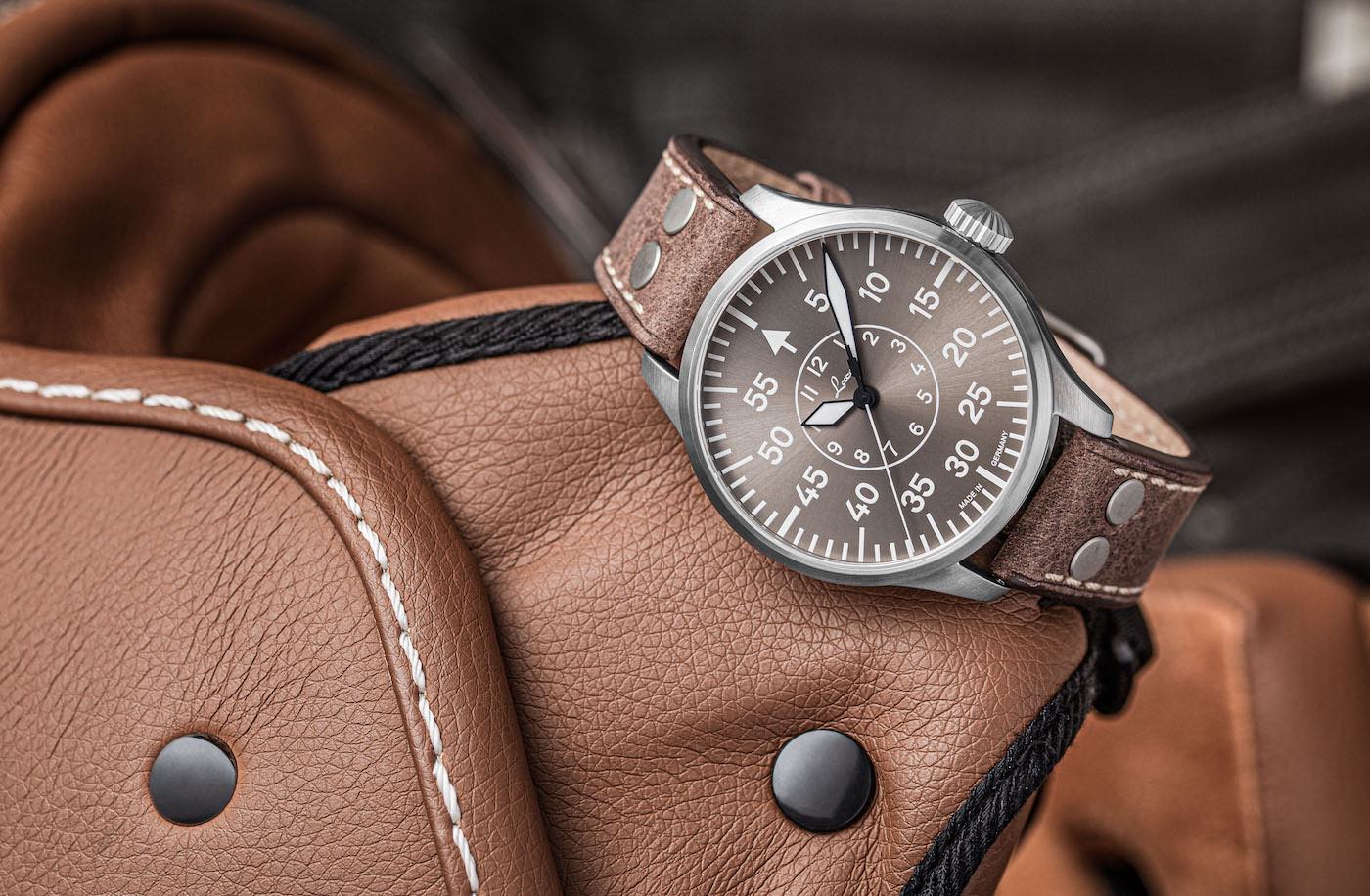 The Augsburg Taupe employs the “prototype A” layout,” while the Aachen Taupe utilizes the layout of the historic “prototype B,” identified by its external minute markings, inner hour circle, and central second hands. Both models are treated with C1 Super-LumiNova and fitted with black-edged hands. 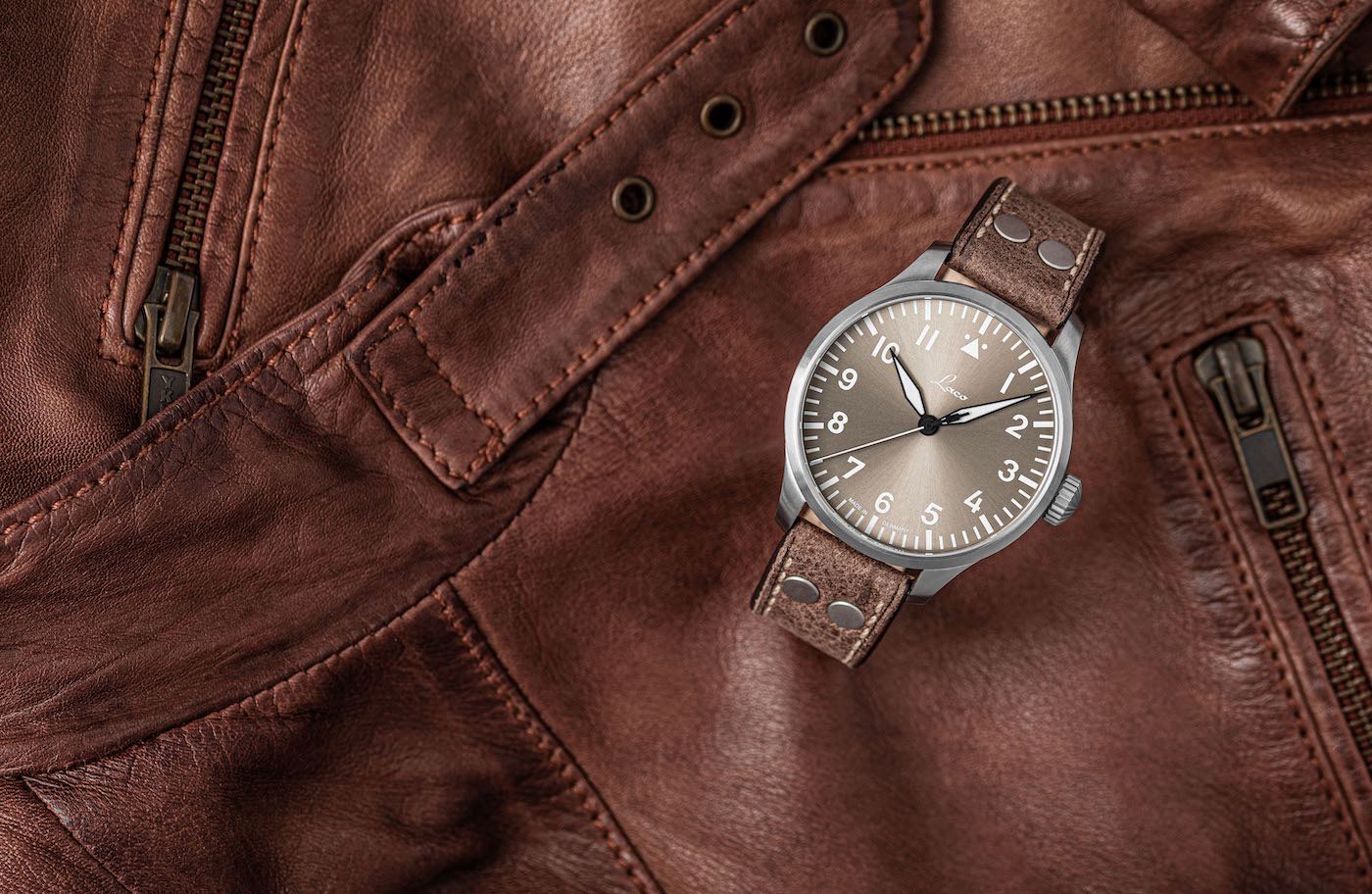 But here’s where it gets really interesting. These models are part of Laco’s basic collection, which means they are powered by non-Swiss movements. These models are both powered by the Laco 21 movement, which is a Miyota 821A upgraded to feature a hacking function. The movement has decent finishing and is on display through a sapphire crystal caseback. “What’s so interesting about that?” I hear you cry. Well, it’s what it does to the price …. 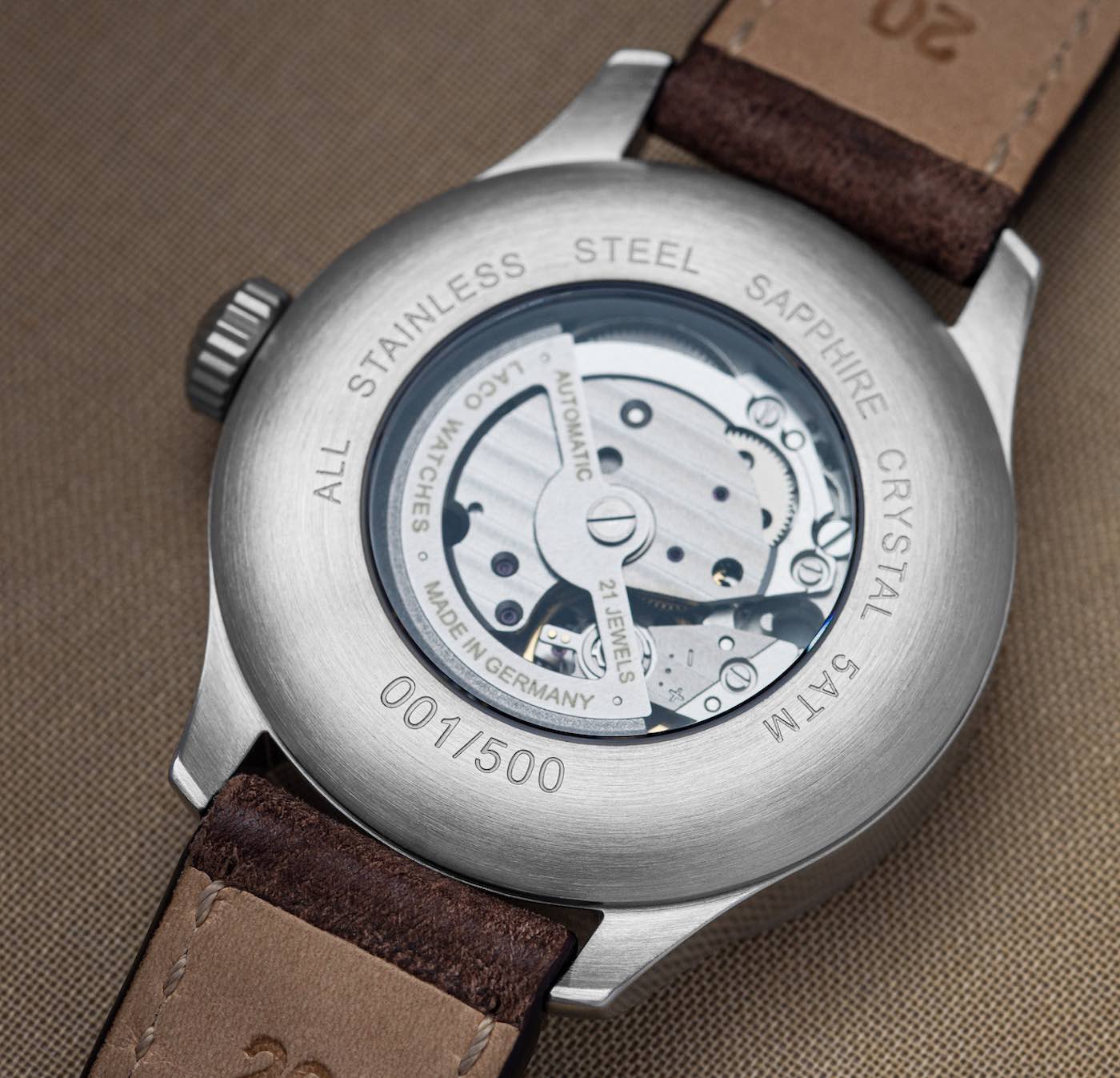 Laco’s prices are always pretty persuadive, even when the watches run on Swiss calibers. With this modified Miyota installed, the price plummets to an incredible €390. Yes, €390 (including taxes, excluding worldwide shipping). Add to that the fact that both pieces are limited to 500 units and individually numbered and you have quite the value proposition from an established brand. 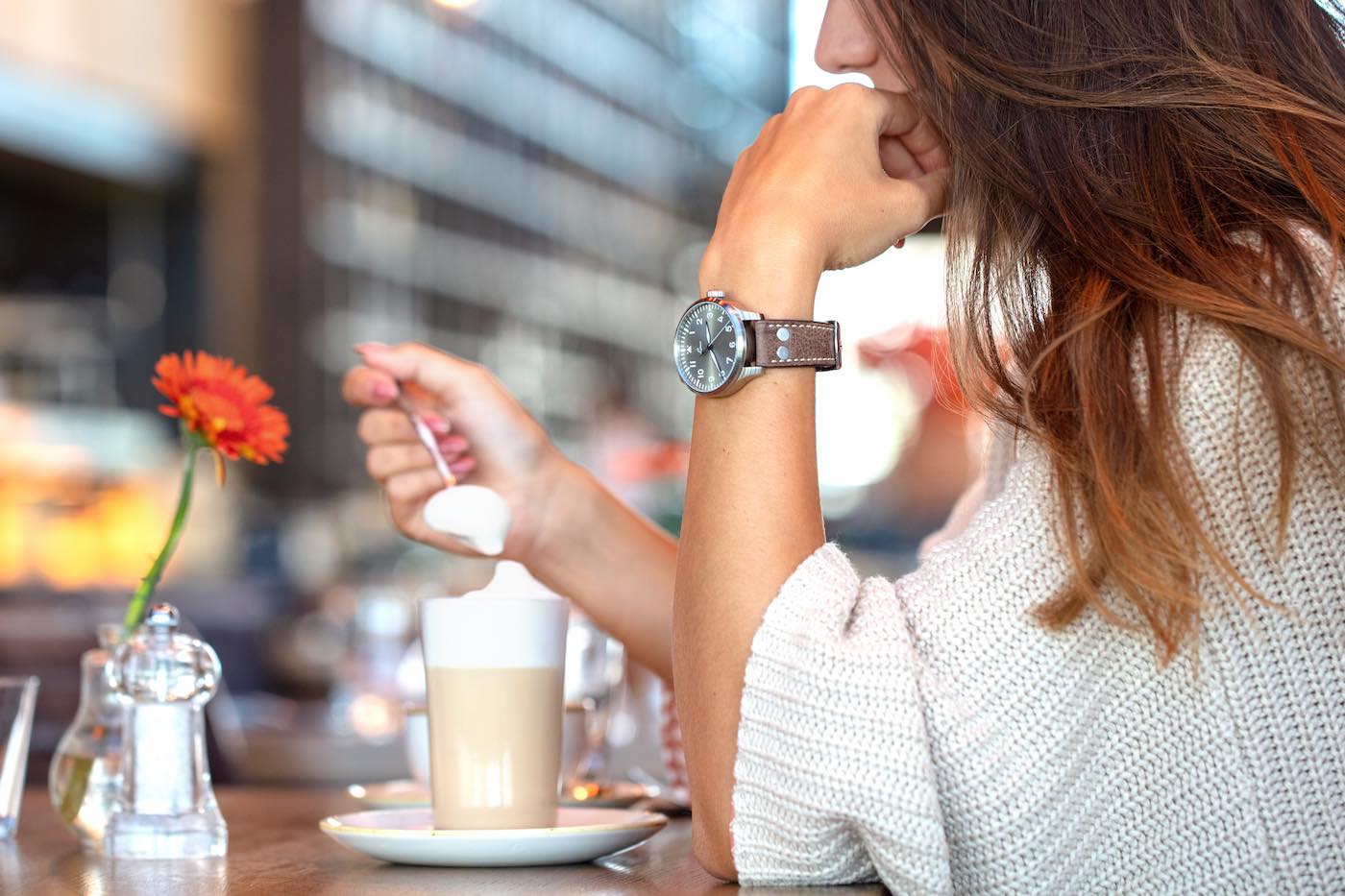 I’d like to get one of these on the wrist to see how the dial performs in natural light and would urge anyone considering this purchase to do the same. Sun-ray dials never come off as well on press shots as they do on the wrist. To learn more about the brand, and discover the history of its iconic Flieger range check out laco.de.