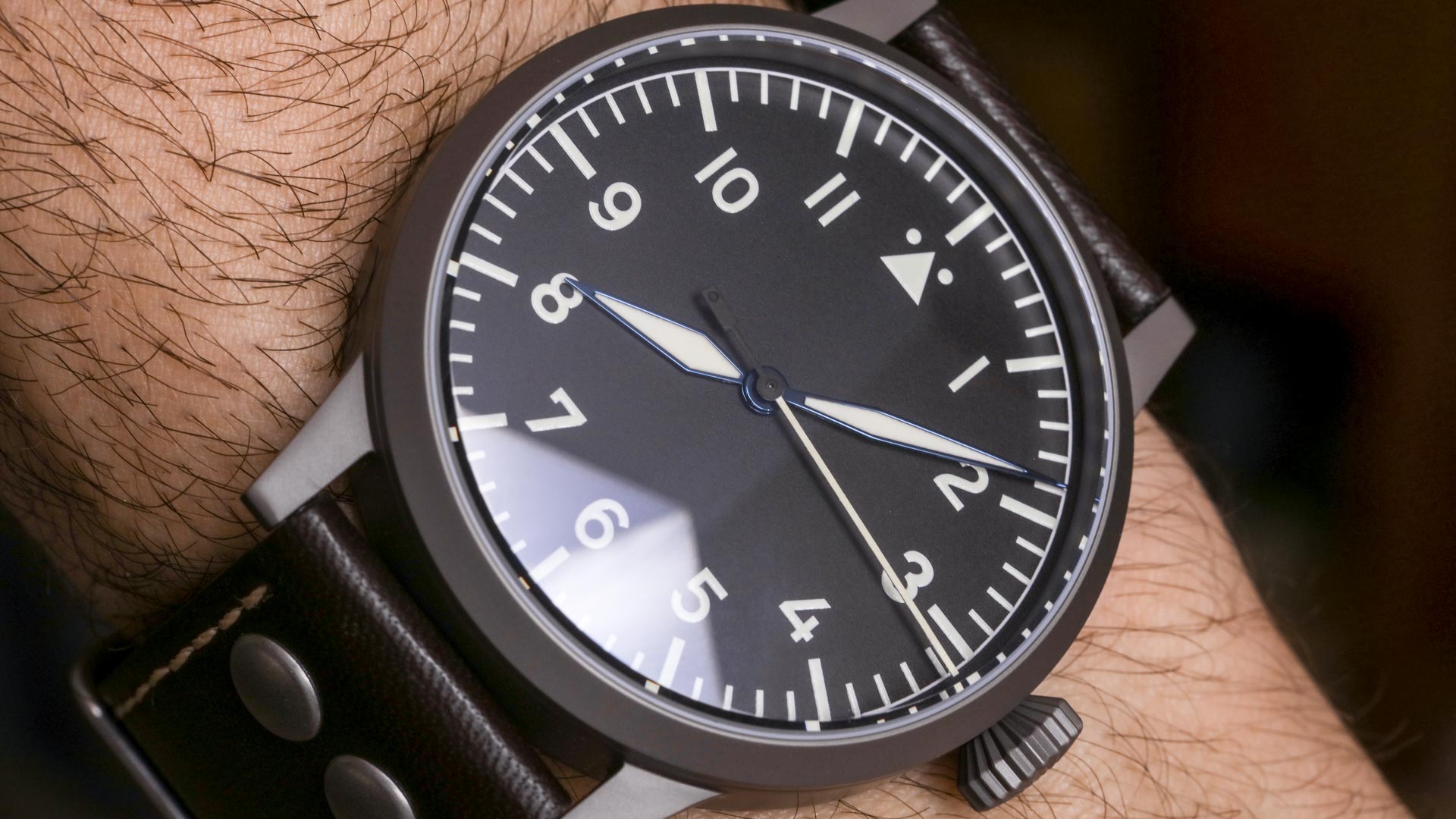 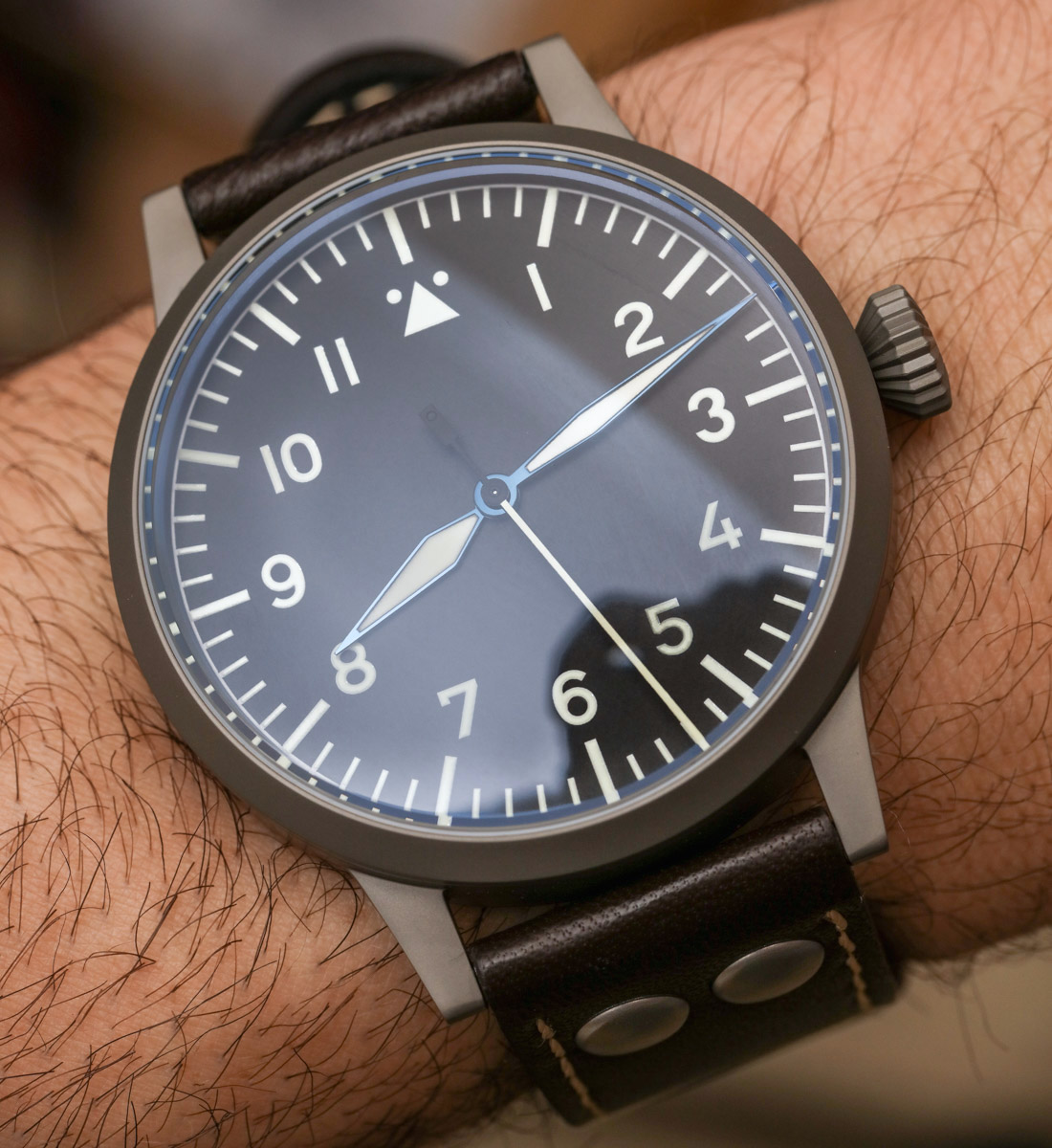 Laco is a German watchmaker with a real history of producing tool watches – still independently operated and still a good source for value. This aBlogtoWatch review is of the Laco Pilot Watch Original Saarbrucken model, and it is one of many pilot watches that Laco makes. I tried to count how many different pilot watch models they make and stopped trying after the number became too overwhelming. Between the various movements, case sizes, dials, and “can condition,” the number of pilot watches produced by this company may be without parallel. I understand that Laco even produces a few pilot watches each year that are identical replicas of those they produced in the early mid-20th century. Everything else is some form of “replica” of original pilot watches they made, that were really used in wars – and I suppose some peacetime operations as well.

Laco is based in Pforzheim, which is one of Germany’s famous jewelry-making regions. Pforzheim is for jewelry (and watch cases) what Glashutte is for watch movements. While there are many pilot watches on the market today (really, there is no shortage of them), Laco is among a select few watch brands that can offer you a traditional look, with good quality parts, for a price that isn’t trying to be luxury. In other words, they are still selling you a tool watch, not a lifestyle watch. 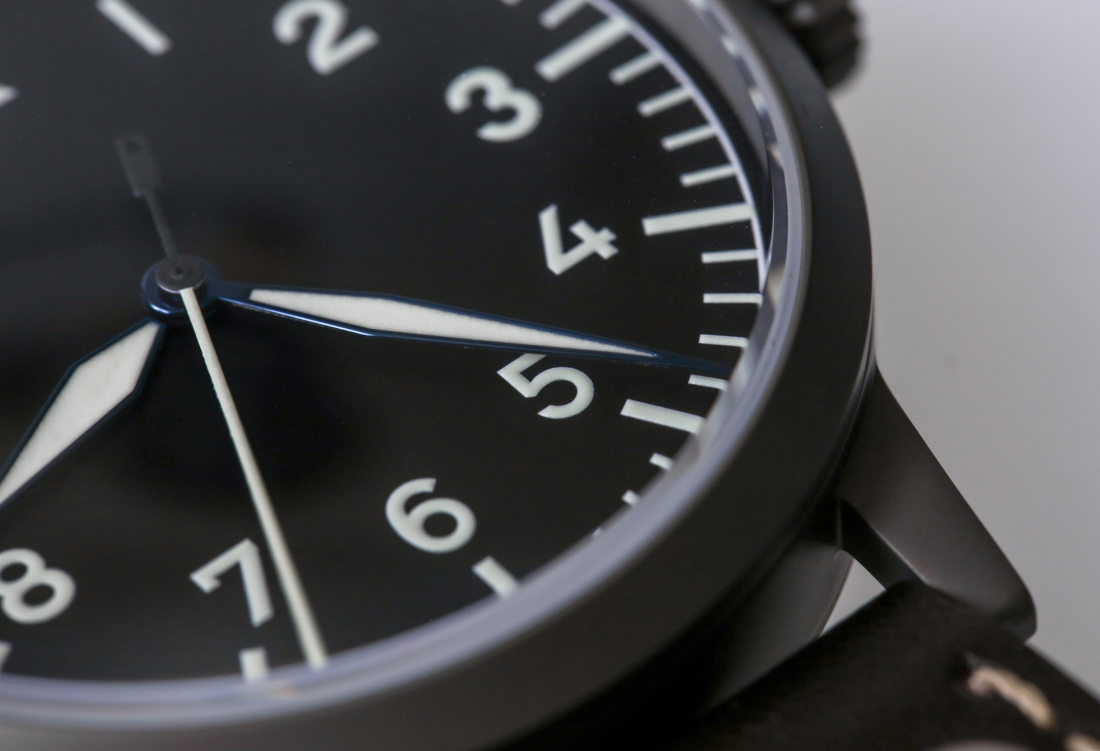 The Pilot Watch Original Saarbrucken is identified by being 45mm wide, without a pre-aged case, and containing an automatic movement. It also has this particular style of dial – which in this case happens to be a sterile dial. Soldiers have no need for brands, only the time. Not all Laco watches have sterile dials, but some of their pilot watches do. In addition to mechanical pilot watches, the brand also has even lower-priced quartz movement-based pilot watches. Each collection has the name of a particular German city. This one is Saarbrucken in the Saarland of Germany close to France. It is true that this city name does have some sentimental value to me because I traveled there when I was in Europe after high school. That isn’t why I chose this watch. I merely felt that 45mm wide was a more close-to-original “big size” that pilot watches look good in. I also prefer an automatic movement. The sterile dial was something a bit uncommon for me. After wearing the watch I still think that I prefer dials with a brand name on them, but with classic designs like this I will make an exception. 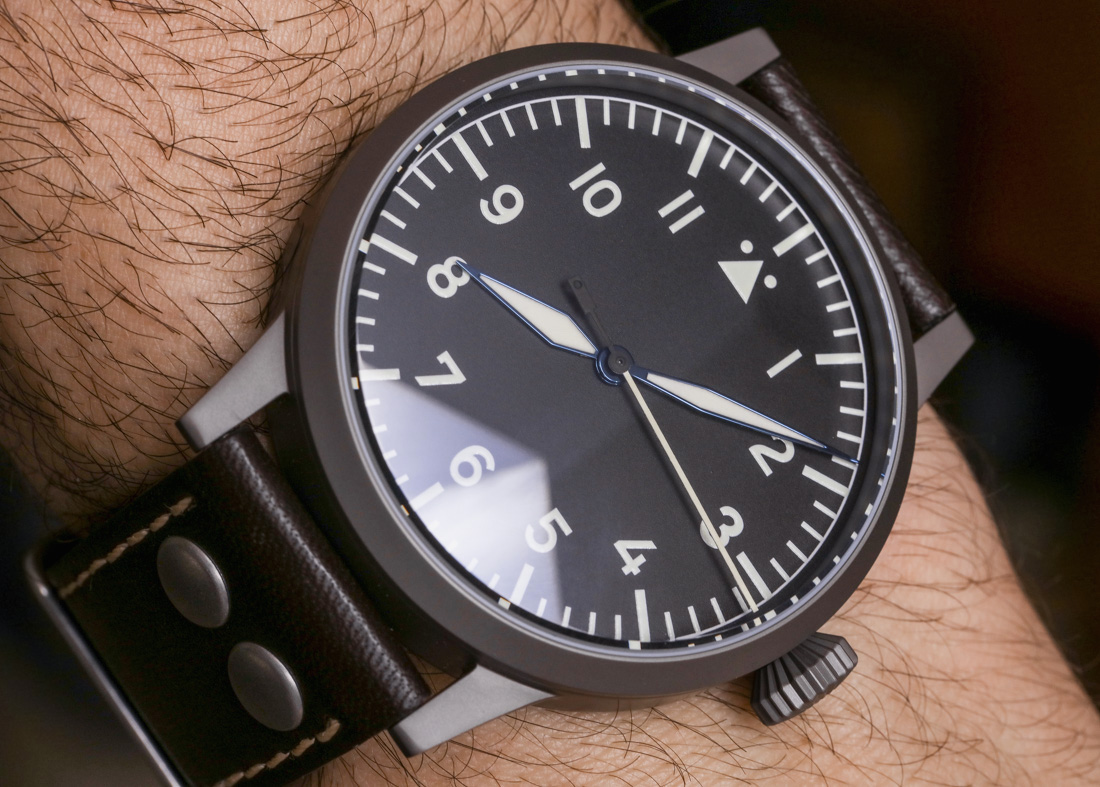 Let’s be clear that the Laco Pilots Watch Original timepieces are not original designs to Laco for the most part, and are rather an execution of a theme. There is no one company that owns this design. People look for the ones they want to afford that have various types of quality and complexity differences. In my opinion Laco offers a lot of value and is probably more accurate to these original watches from the World War years than many of the “luxury” vintage-style pilot watches. I just don’t think any actual pilot in 1940 ever wore something as nicely made (or expensive) as a modern IWC Big Pilot’s Watch or Breguet Type XX. These were military watches made to be useful, reliable tools. Buying a Laco is lot closer to getting something like that versus most other companies that make similarly-styled pilot watches. 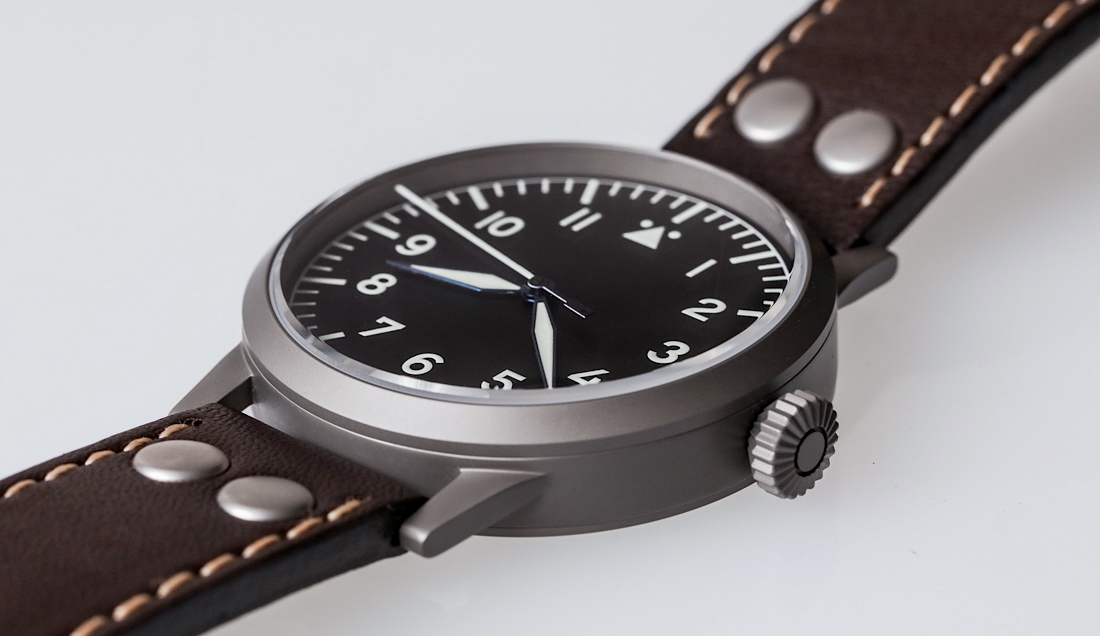 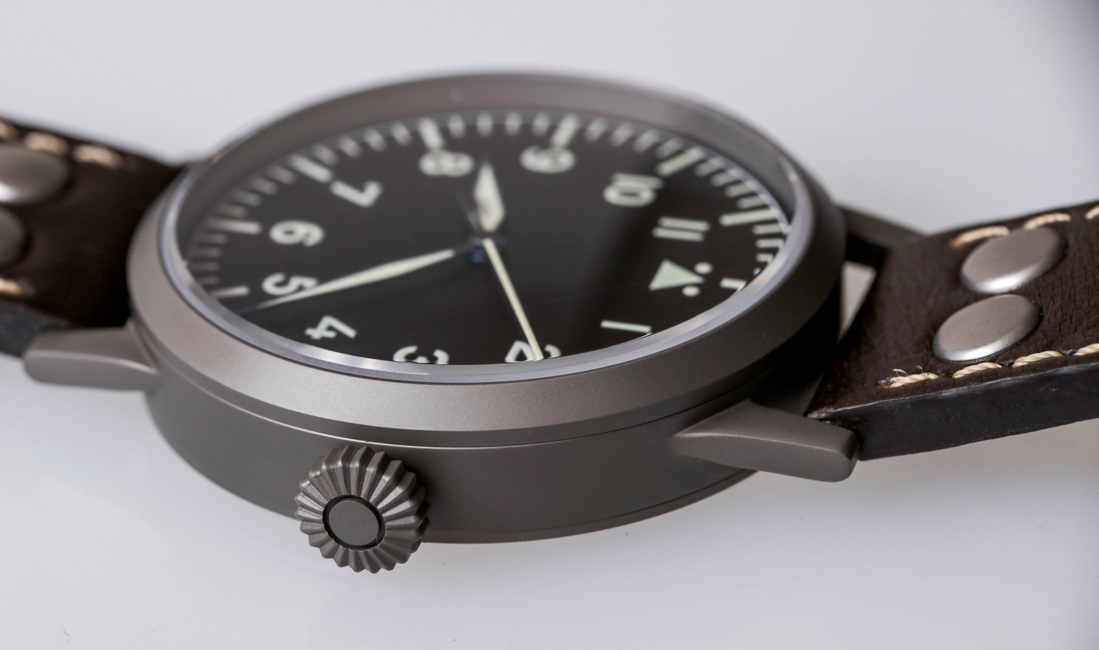 Easily the weirdest Laco pilot watches are in the Erbstuck collection which I discussed in more detail here. Laco does a few forms of “artificial aging” in-house and these are an interesting product option if you are looking for this type of style. I’ll say that there is a lot of human effort involved in each of them. I however am into things that look a bit more “fresh” so I opted for the “untouched” sandblasted stainless steel case. Laco produces this case in 39mm, 42mm, and 45mm wide variants. Note that the lugs jut out quite a bit, so be mindful of that if you are worried about the case being large on your wrist. Over the dial is a slightly domed sapphire crystal and the case has 50m of water resistance. 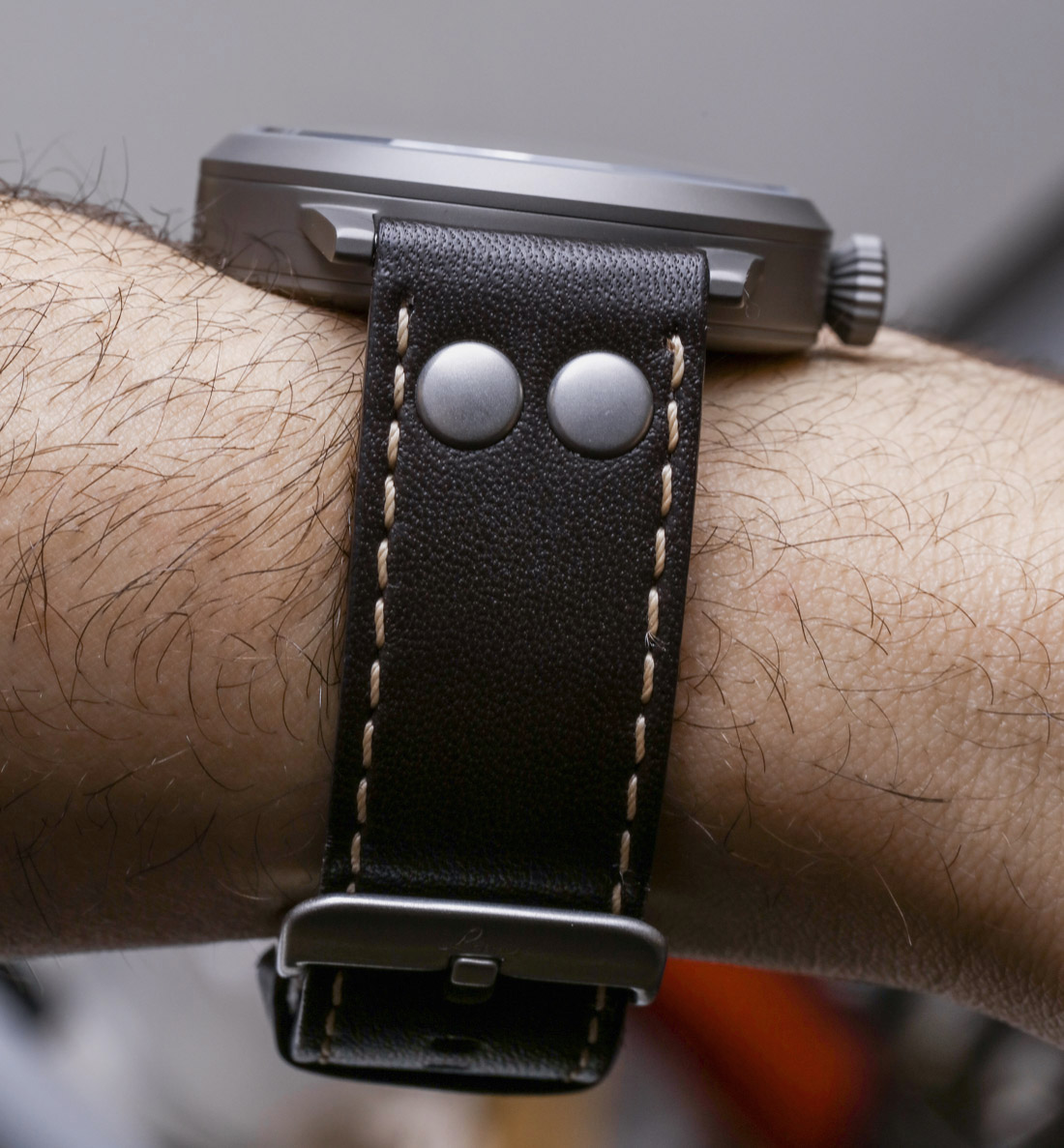 The lugs are 22mm wide, which means the 45mm wide version of the Pilots Watch Original has a hefty strap. Case thickness is 13mm, which isn’t too bad. Laco was correct to keep a traditional look alive with the two rivets in the brown calf leather strap. It isn’t the world’s greatest strap, but it does feel like something that would have originally come with the watch provided to a military pilot. On the rear of the watch is a feature that I think collectors will enjoy. The caseback is printed with a military style item number along with the historic “FL. 23883” German government designator. Non-German speakers can also try to pronounce “Beobachtungsuhr” which is also printed on the rear of the Laco Pilots Watch Original. 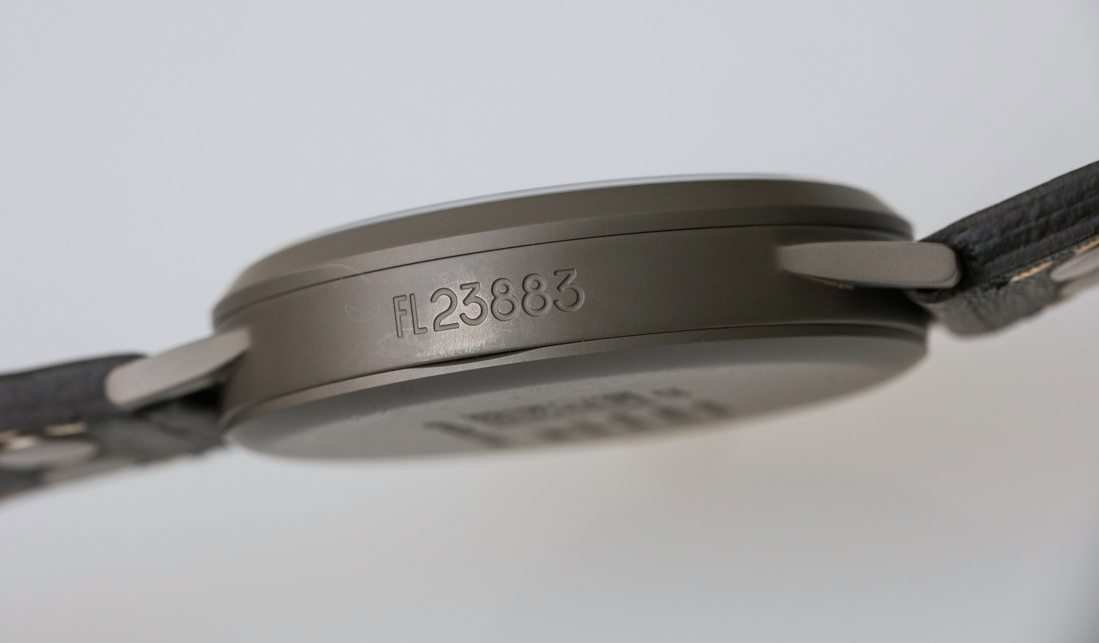 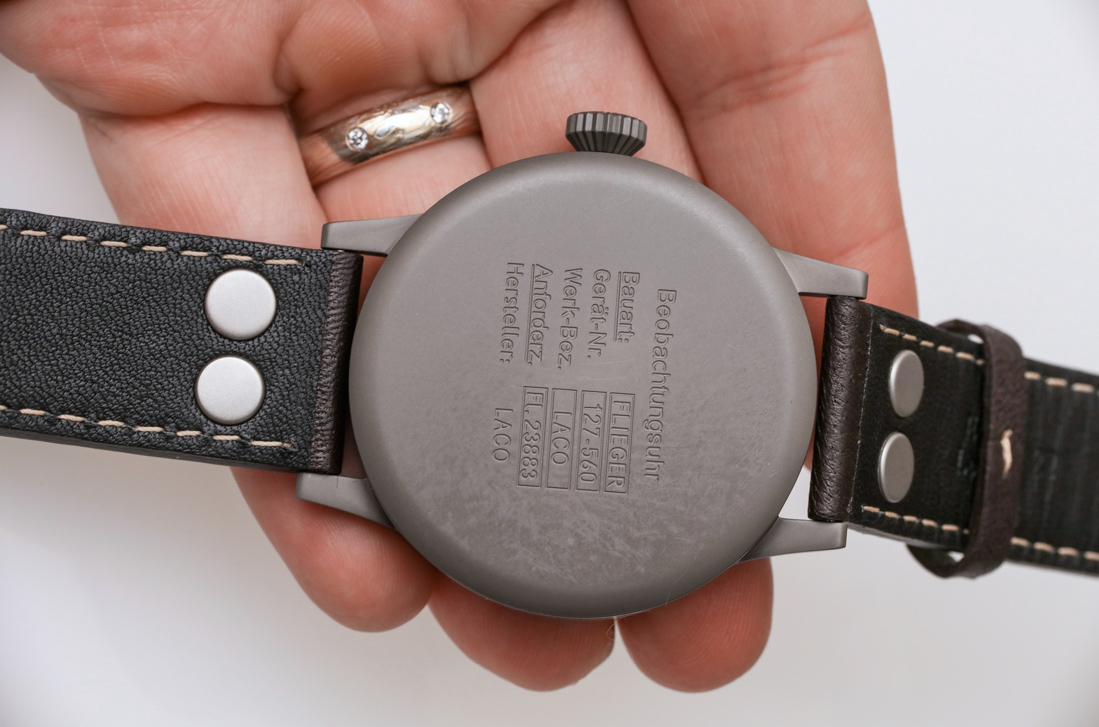 Laco is very open with the movements that they use. Inside the Saarbrucken model is a Swiss ETA 2824-2 automatic. Laco also makes it clear that they use the “Elabore” grade of the movement, which is a better version and is also decorated a bit. The movement operates at 4Hz with a power reserve of about 2 days. Nothing fancy, but it is Swiss and sturdy. The crown does not screw down, and uses a traditional, yet slightly compact turnip-style and comfortable pilot’s watch design.