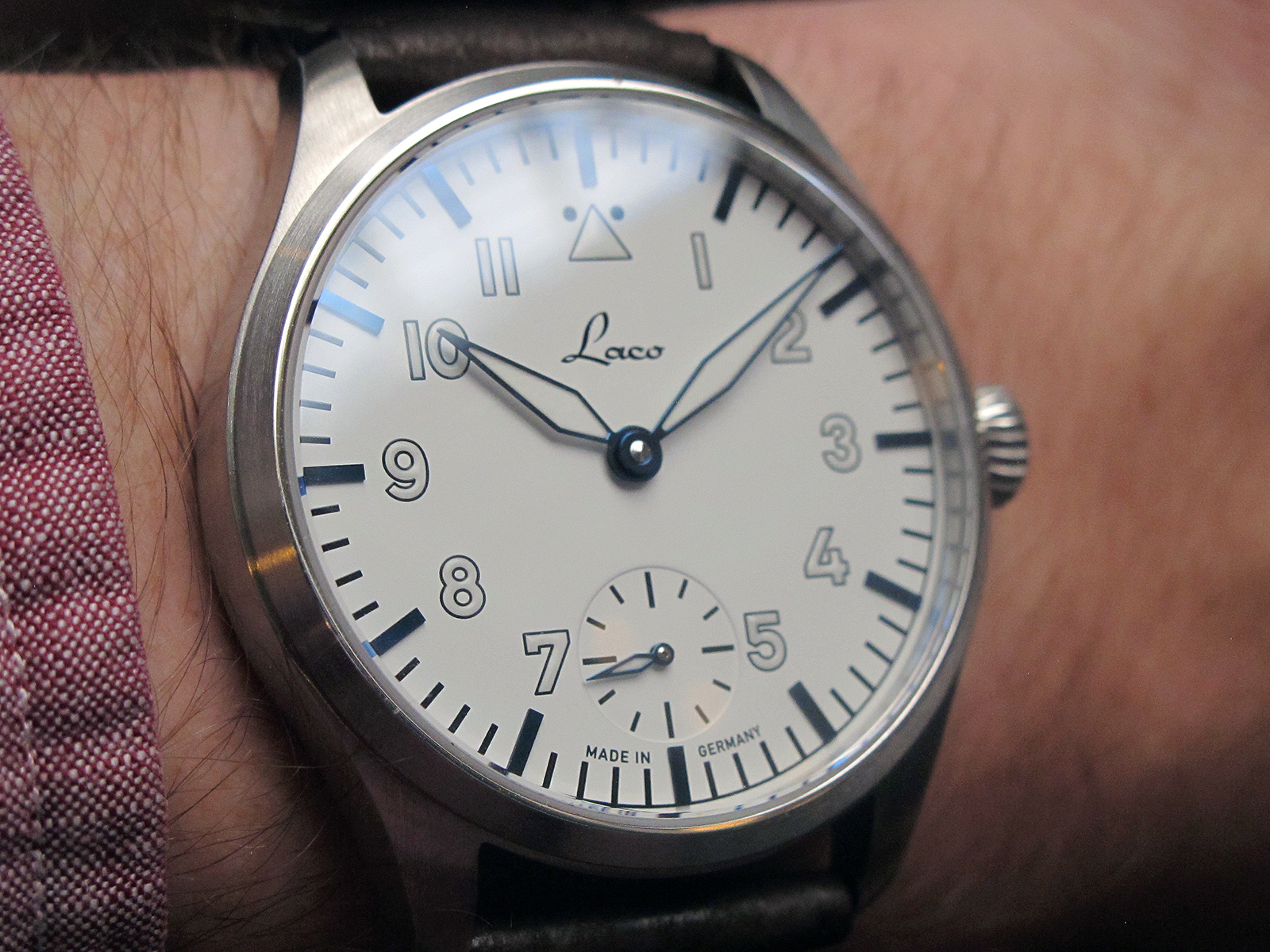 When discussing influential dealers in the luxury watch community, Topper Jewelers seems like an unlikely candidate at first glance. This small, family-owned retailer in the San Francisco suburbs has become a prolific creator of rare and unique collaboration pieces since 2015, however, designing bespoke limited editions with brands including Nomos, Oris, Zodiac, and Seiko. For Topper’s eighth limited edition timepiece, the retailer has partnered with German manufacturer Laco to create the stunning Laco Flieger Limited – Topper Edition. Blending Laco’s traditional A-Uhr pilot watch sensibilities together with marine chronometer cues and the world’s first use of heat-blued applied hour indices, this latest Topper collaboration raises the bar for the retailer in terms of creativity and craftsmanship. 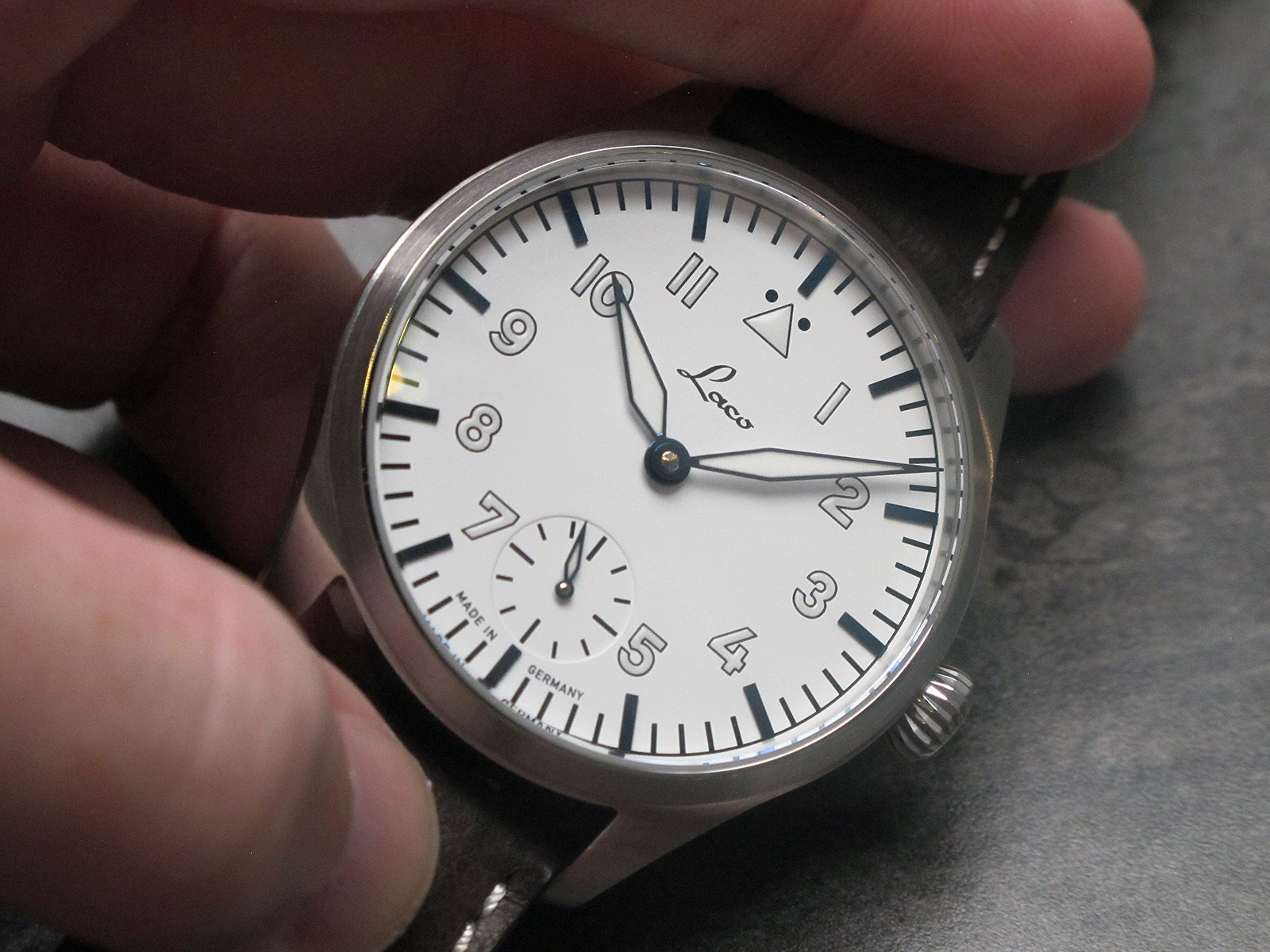 Revealed during an exclusive celebration at Topper Jewelers in Burlingame, California on December 7, the Laco Flieger Limited – Topper Edition was an immediate hit with the crowd. When it came time to handle the watch, it was easy to see why. 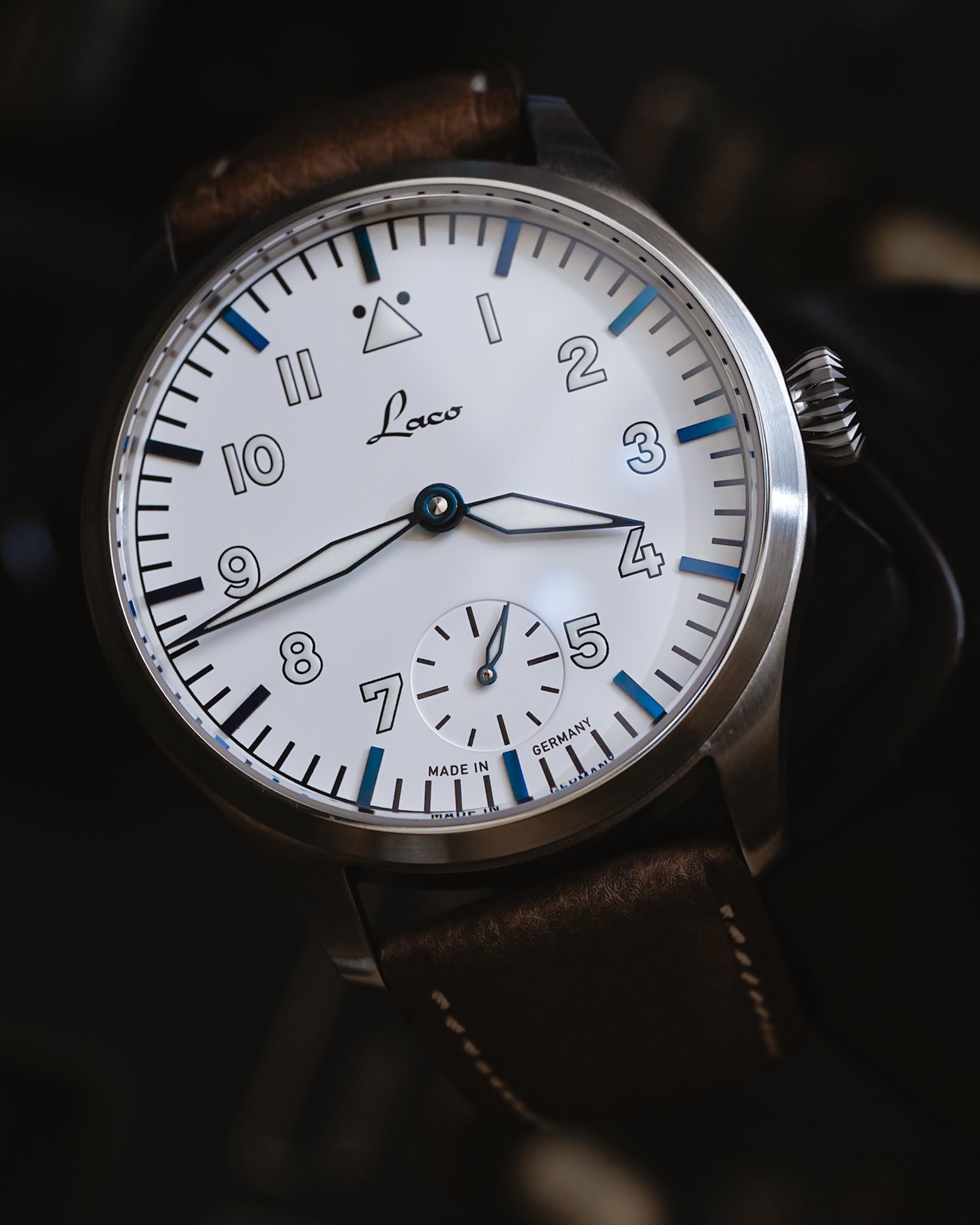 The word that comes to mind while examining this piece is “elegance.” That’s a rare word in the flieger watch vocabulary, but here it’s surprisingly apt. While the crisp, legible forms of the classic A-Uhr flieger dial are still present here, Laco and Topper have thrown out the military matte black look in favor of something more unique and luxe. Starting with Laco’s traditional blued hands, the Flieger Limited – Topper Edition adds a base of glossy white lacquer and the watch’s signature dish, the heat-blued applied hour indices. Bluing steel is a notoriously temperamental process, one that demands precisely controlled and meticulously applied heat to ensure an even color throughout the finished piece. While the flat surfaces of watch hands or the tops of screws are challenging enough, the decision by the brand to use indices standing a full millimeter above the dial surface made the process truly daunting.

Laco USA sales head Chad Tsagris estimated that for every twelve perfectly finished indices made to complete one dial, there were nearly fifty rejects. After such tight quality control, the results speak for themselves. These indices, along with the blue of the hours, minutes, and sub seconds hands, are clean and restrained in most light conditions, allowing the simple layout of the dial to fly under the radar during regular wear. When the light is just right, however, all these elements flash like blue lightning, and it’s then that the decision to give the indices that extra millimeter of dimension makes perfect sense as the additional light play gifts the watch an extra layer of visual dynamism. It’s worth mentioning though that finding that right angle to produce a flash can be tricky, even unpredictable at times (which makes photographing the dial a real challenge). 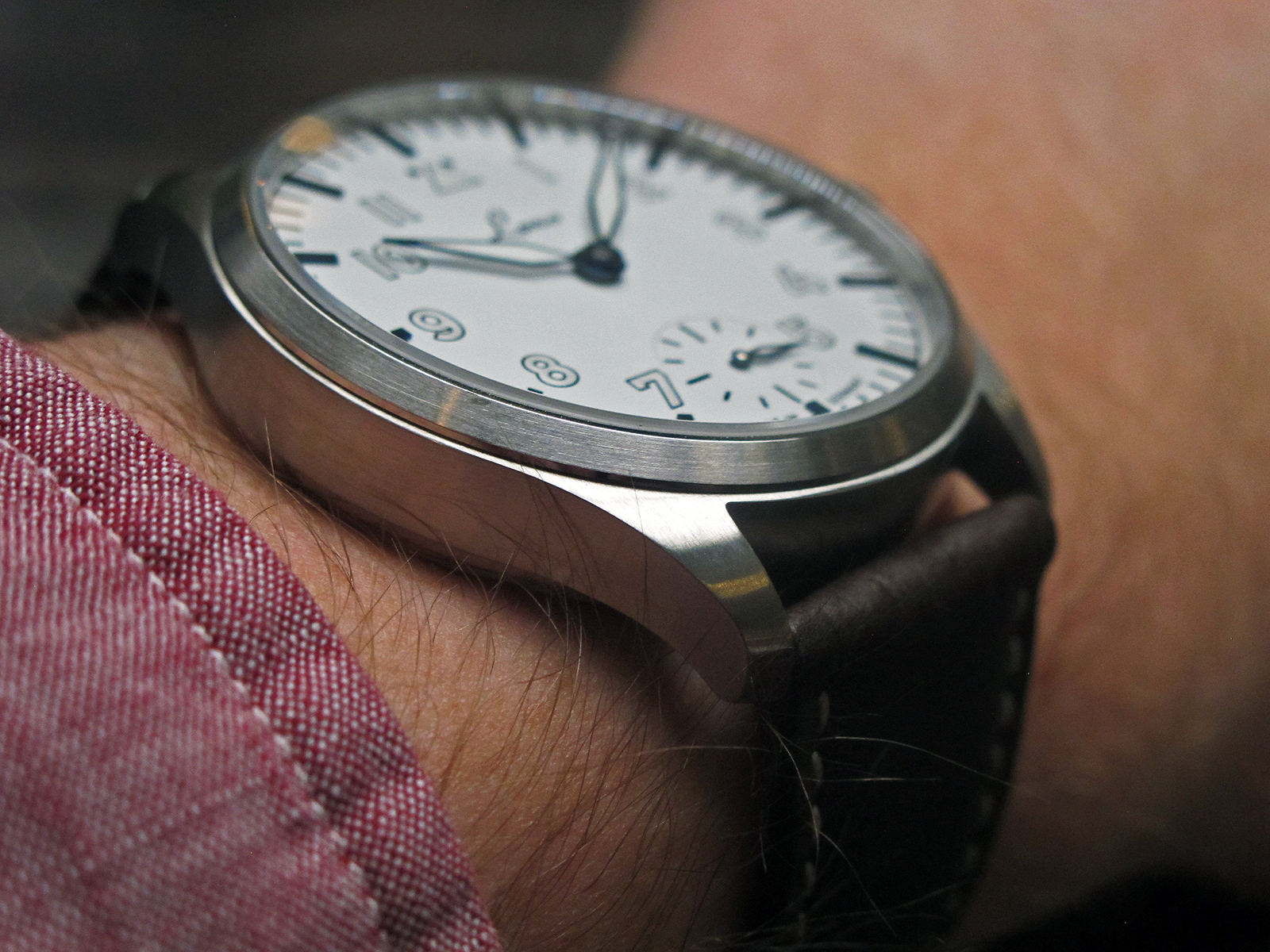 With the unique design collaboration at play here, Topper Jewelers Vice President calls the end result “a new take on the idea of a California dial.” While the original California dials were a product of a special order by a California based Panerai retailer, the dial of the Flieger Limited – Topper Edition is a true Californian design emerging from Caplan’s office in Burlingame. 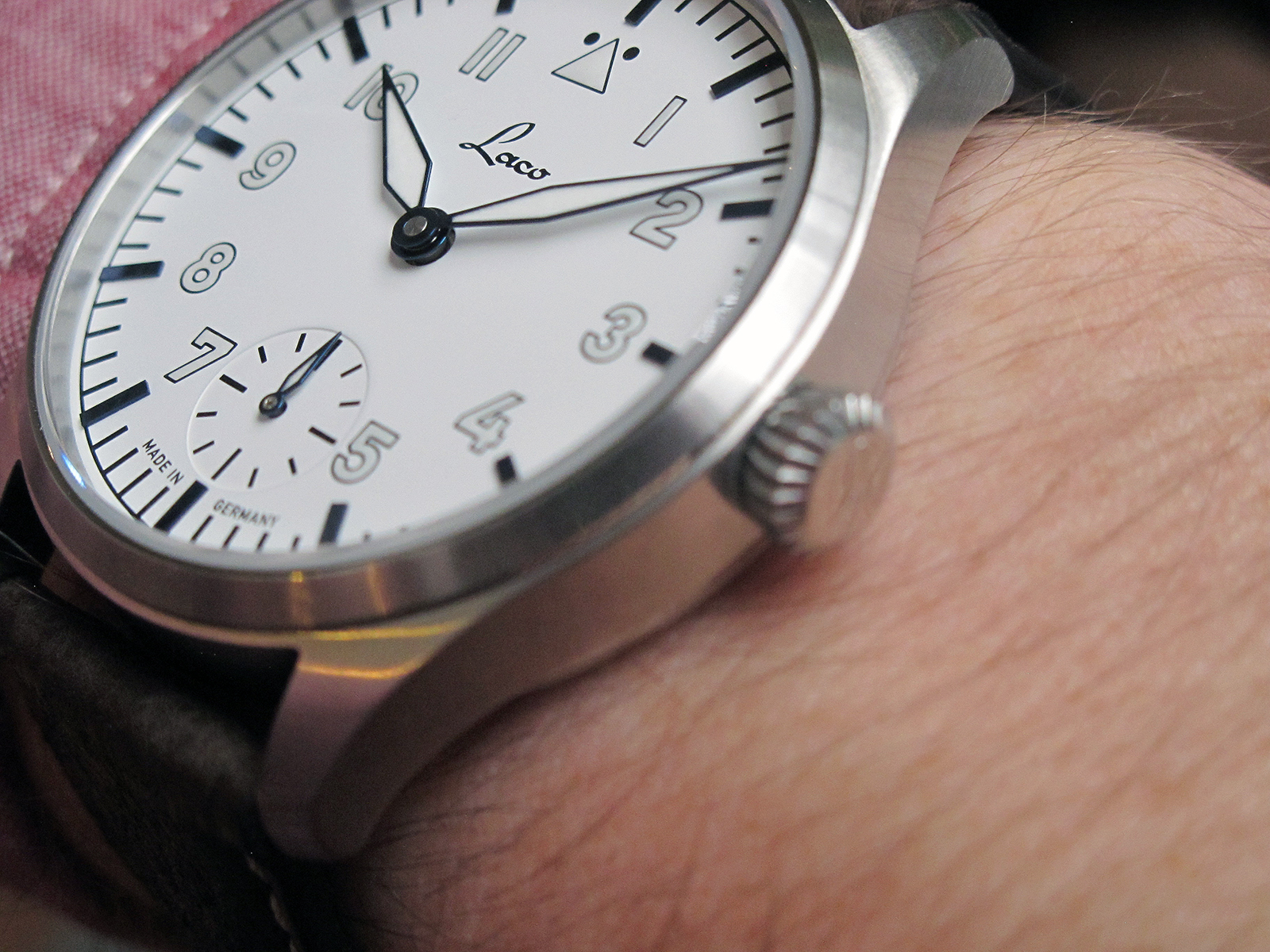 What might be a point of contention for flieger purists, however, is the sub seconds at 6 o’clock. While in some ways this defeats the purpose of a pilot’s watch by making precise timing of events more difficult, in practice this element offers a chance for more intricate blued elements as opposed to a simple blued central seconds. Beyond that, this element offers an additional tie in to the marine chronometer inspiration begun by the blue on white color scheme and elevates the watch beyond simply being a new colorway for an existing timepiece. Lastly, the use of a sub seconds dial shaves off overall thickness. 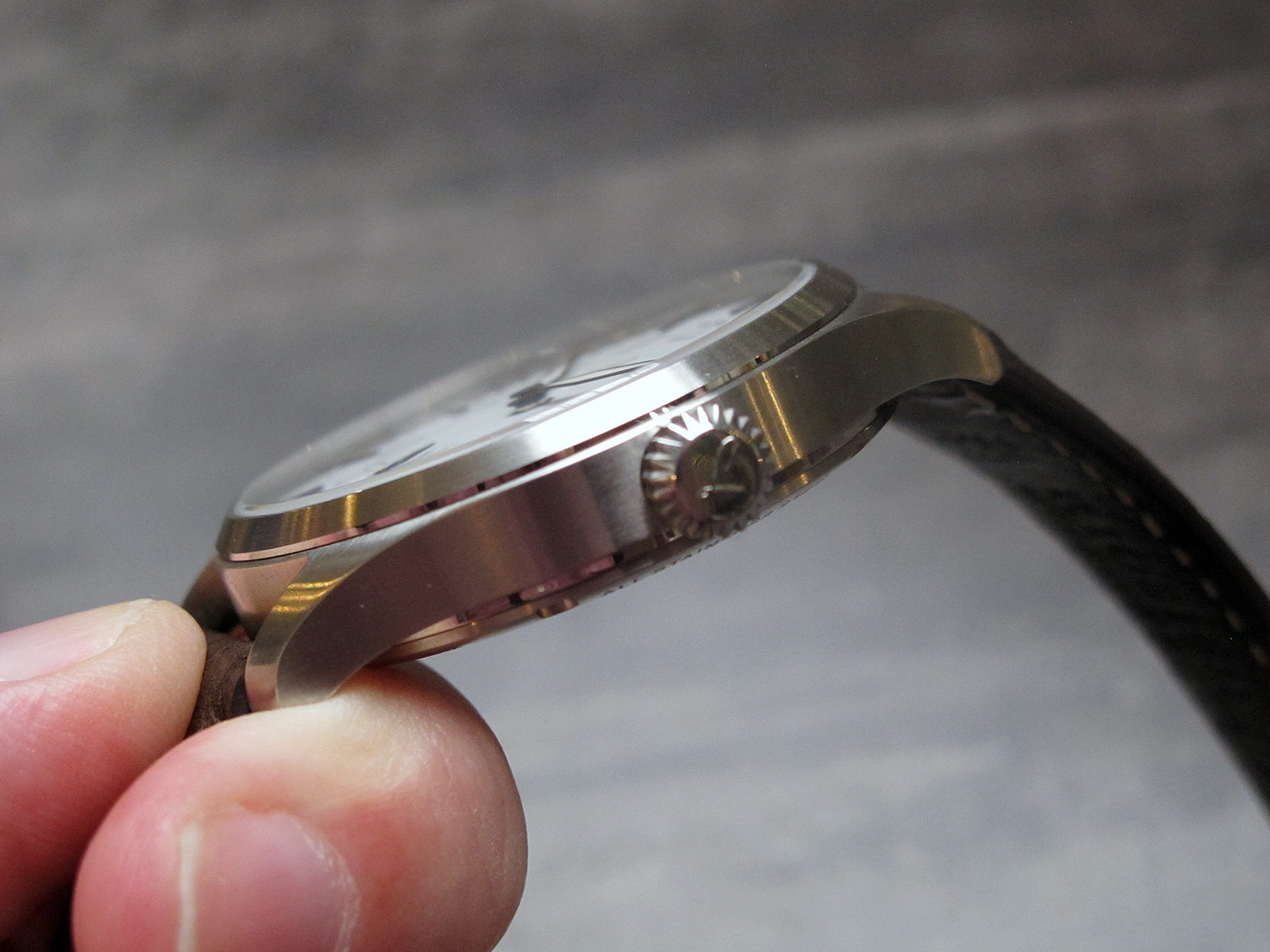 This thinner dial and movement combination ties back well into that central idea of elegance. While appropriately pilot watch sized at 42.5 millimeters across, the Laco Flieger Limited – Topper Edition measures in at a solidly svelte 10.7 millimeters thick. This makes for a pilot that easily slides under cuffs, adding extra daily-wear appeal. Other than the thickness, however, the overall case design is very much classic Laco flieger. 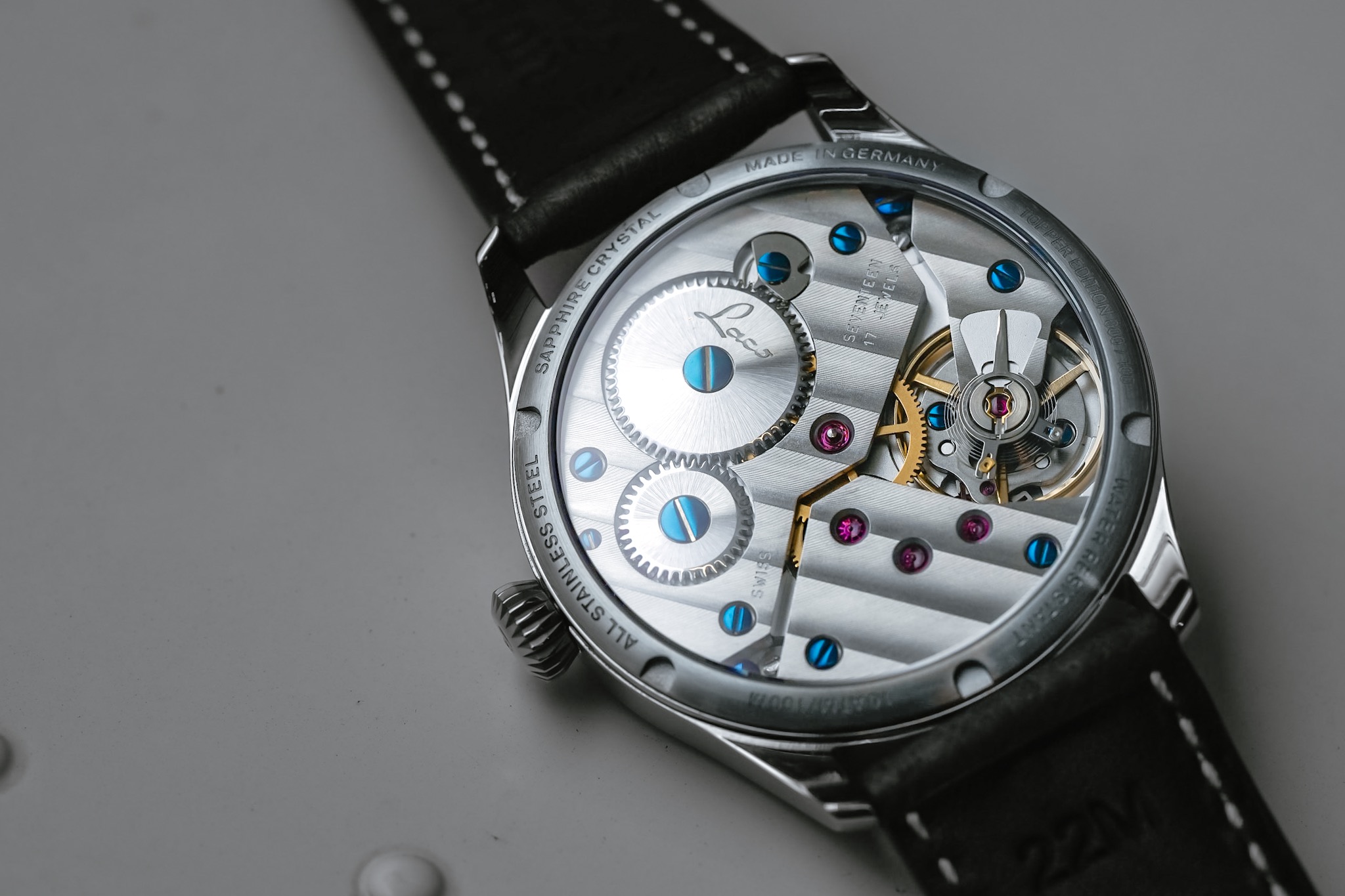 The movement at the heart of the Laco Flieger Limited – Topper Edition is the handwound Laco 98, based on the ETA 6498 base. Viewed through the broad display window, it’s a handsomely decorated specimen with plenty of blued screws to match the dial and solidly executed Côtes de Genève. With a slow beat of only 18,000 bph, the Laco 98 is able to offer 46 hours of power reserve. The massive, geometrically edged plates of this movement also play an important visual role in bringing back some of the purposeful Germanic sensibility this modified Laco might otherwise lack. 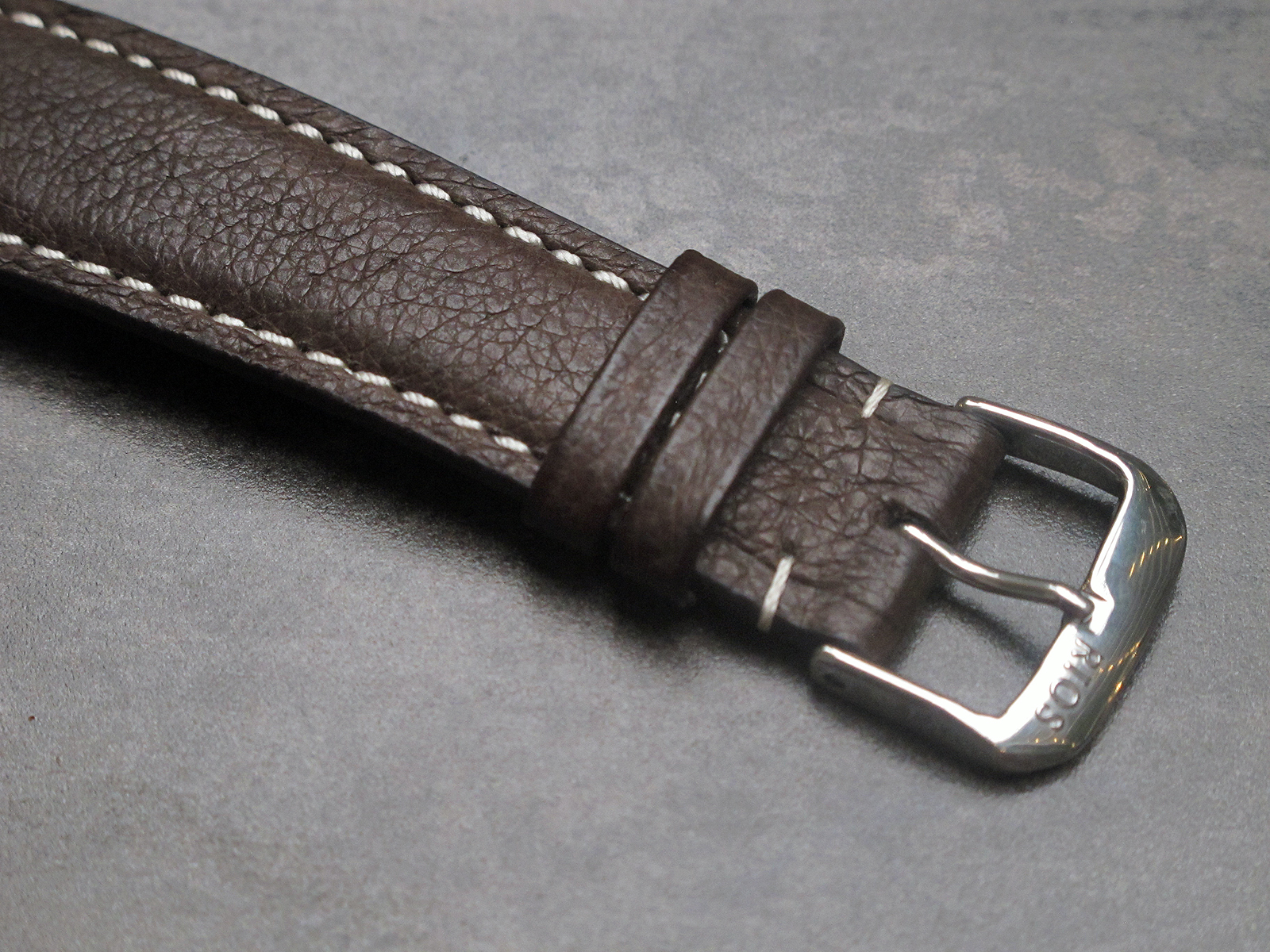 While the prototype of the Laco Flieger Limited – Topper Edition is shown on a 22 millimeter tobacco brown strap signed by Rios, the final production model will use a similar leather strap signed by Laco themselves. As an indicator of what to expect, however, this strap is a handsome and versatile pairing. The decision to delete the standard flieger style rivets here in favor of a cleaner look does wonders to dress up the overall design while reflecting the somewhat altered overall purpose of the watch compared to its more standard pilot counterparts. With the versatility and ability to dress both up and down that this limited piece has, this could be a viable candidate for the fabled “one watch man.” 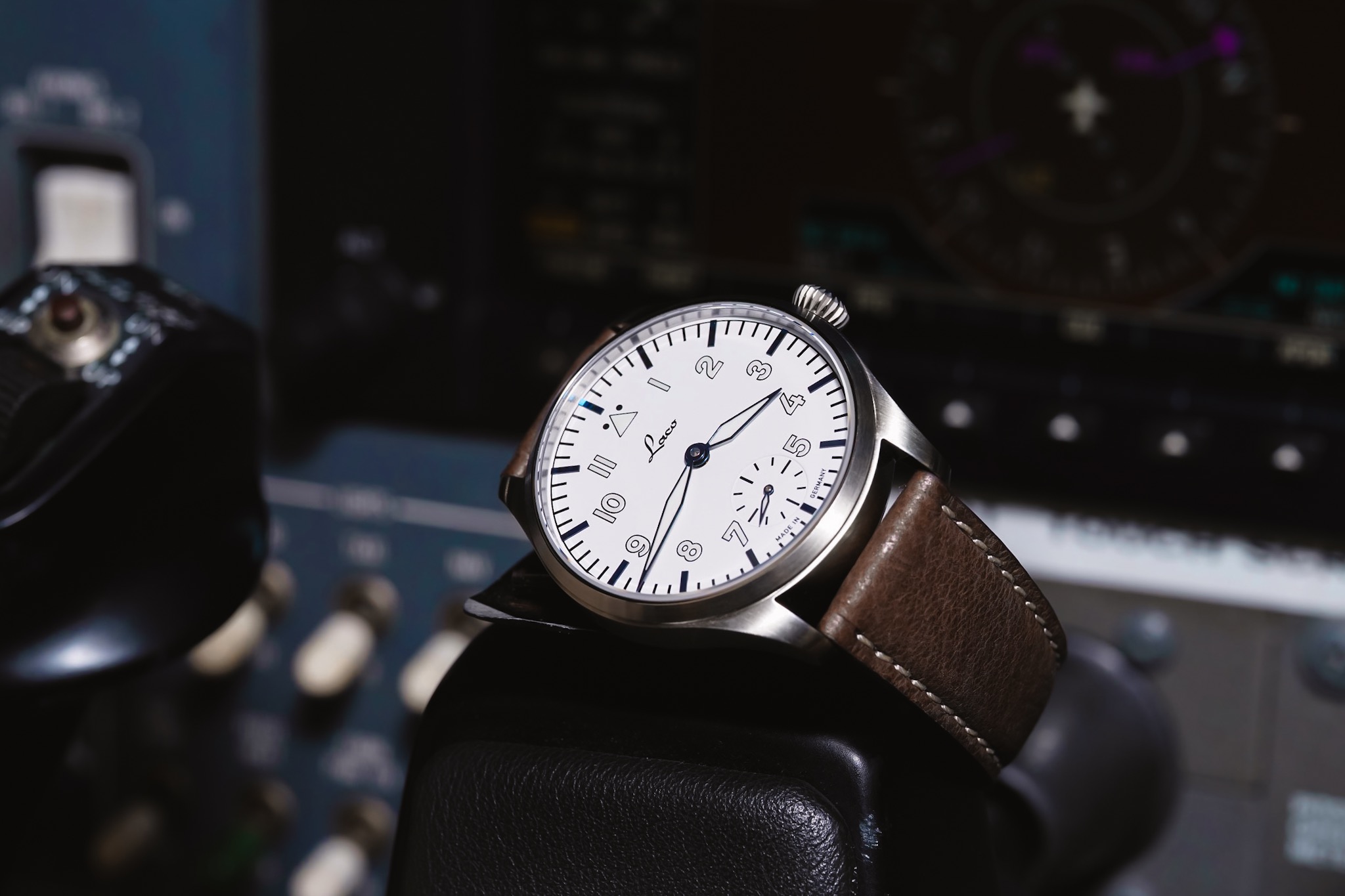 One of the attractions of Topper’s limited editions for collectors is the factory authentic aura of each design. Topper watches have always felt like natural extensions of the parent brand’s own product line, and this latest Laco is no exception. The end result is certainly unique and eye-catching, but still respects Laco’s timeless design language overall while adding elegance and one of a kind craftsmanship. The Laco Flieger Limited – Topper Edition will be limited to only 100 pieces available exclusively through Topper Jewelers. Watches will be available to pre-order on Topper’s website starting December 9 for $1,895 with an expected delivery date of February 2020.