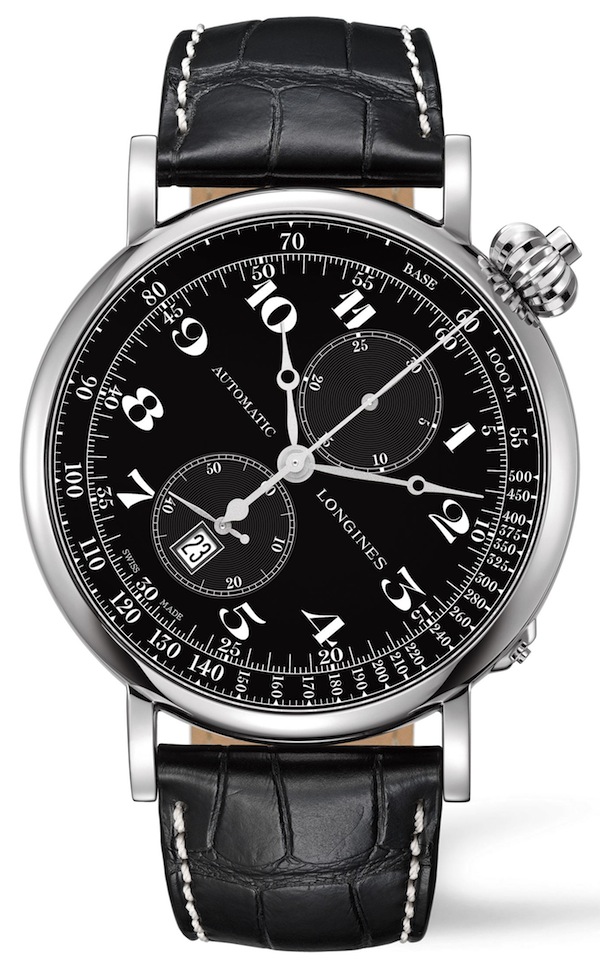 Allow us to introduce the Longines Avigation Type A-7, a new monopusher chronograph with an offset dial design meant to recall Longines’ rich history in aviation watches. This new chronograph has been released as a modern interpretation of a design from the 1930’s that carried the US Army designation of “Type A-7” suggesting it has been specifically created with Army pilots in mind. 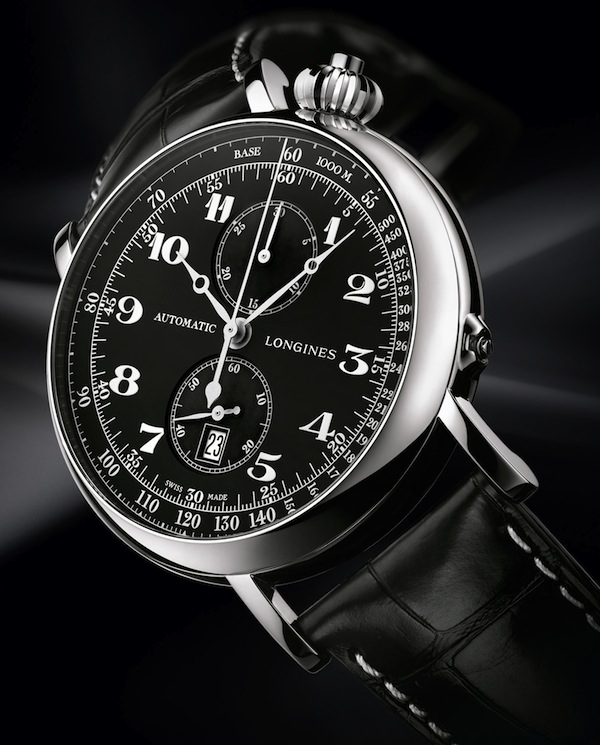 The Type A-7 employs a 47mm stainless steel case that allows for a large and legible dial design that allowed pilots to easily and quickly check the time or chronograph. Additionally, the Type A-7 features an over sized crown and integrated monopusher chronograph control which means the 30 minute chronograph is simple to use (much like a stop watch) and the crown and pusher system can easily be used even when a pilot is wearing gloves. 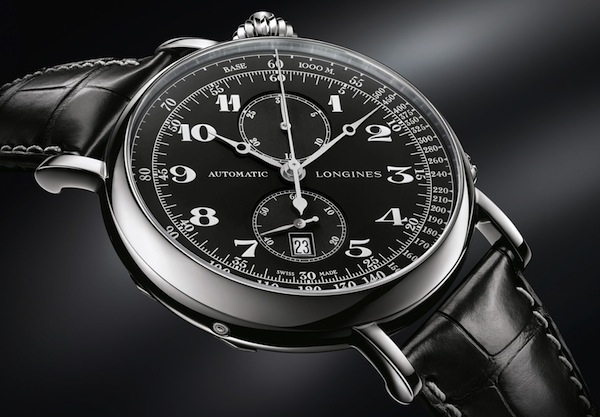 Inside, the Type A-7 features the same L788.2 column wheel chronograph movement used within the L27764213 Monopusher Chronograph we saw in Paris earlier this year (seen below). The L788.2 is an automatic movement produced by ETA exclusively for Longines and features a 54hr power reserve while running at 28,800 vph. The movement can be viewed through a sapphire display back that is protected by a small hinged cover. 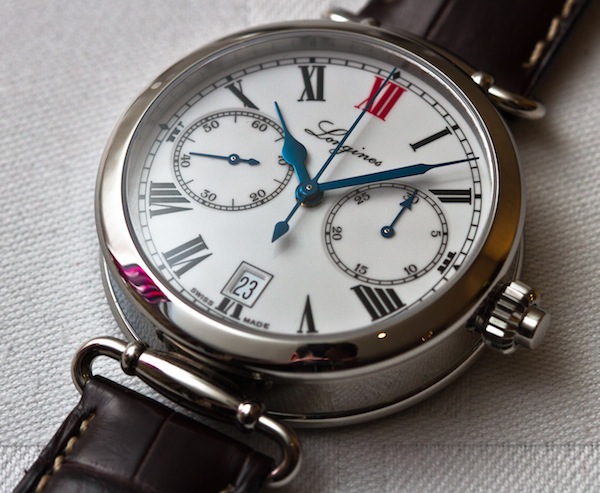 The most obvious element of the Type A-7 is the 50 degree offset dial which is more often seen on vintage watches or perhaps the vintage-inspired Vacheron Constantin Historiques American 1921 watches. The Type a-7 is meant to be worn on the inside of a pilot’s wrist so that the watch will align with the orientation of an aircraft’s instrumentation. This offset design meant that pilots would not need to cock their head to the side or remove their hands from the controls to directly view the time or the chronograph measure. While certainly not a feature that proved to have long-term popularity in everyday watches, it certainly makes the Type A-7 stand out in the crowd. Longines has priced the Type A-7 at $4900 USD, which is not considerably more than the $4550 asking price for the L27764213 shown above. 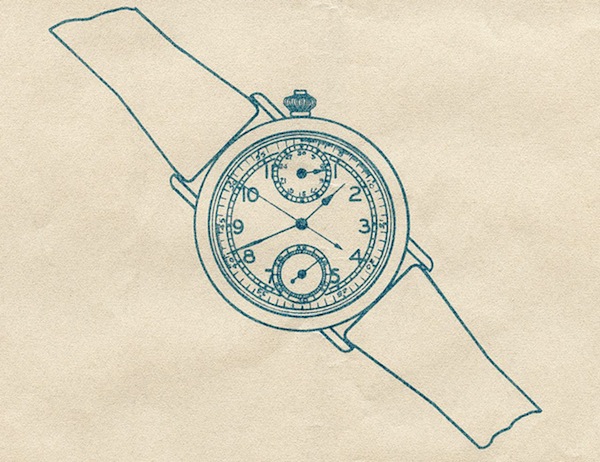 I can understand the motive behind the Type A-7 but I feel the offset dial will keep it from the kind of mass appeal that this otherwise interesting and beautiful watch likely deserves. Given that I really like the dial design of the Type A-7, I think it would have been exciting to see a second version with a conventional dial orientation and standard three o’clock crown position. I certainly understand the appeal of the Type A-7 to hardcore collectors, but I can’t help but wish that Longines had also made a somewhat less eccentric version for the rest of us.