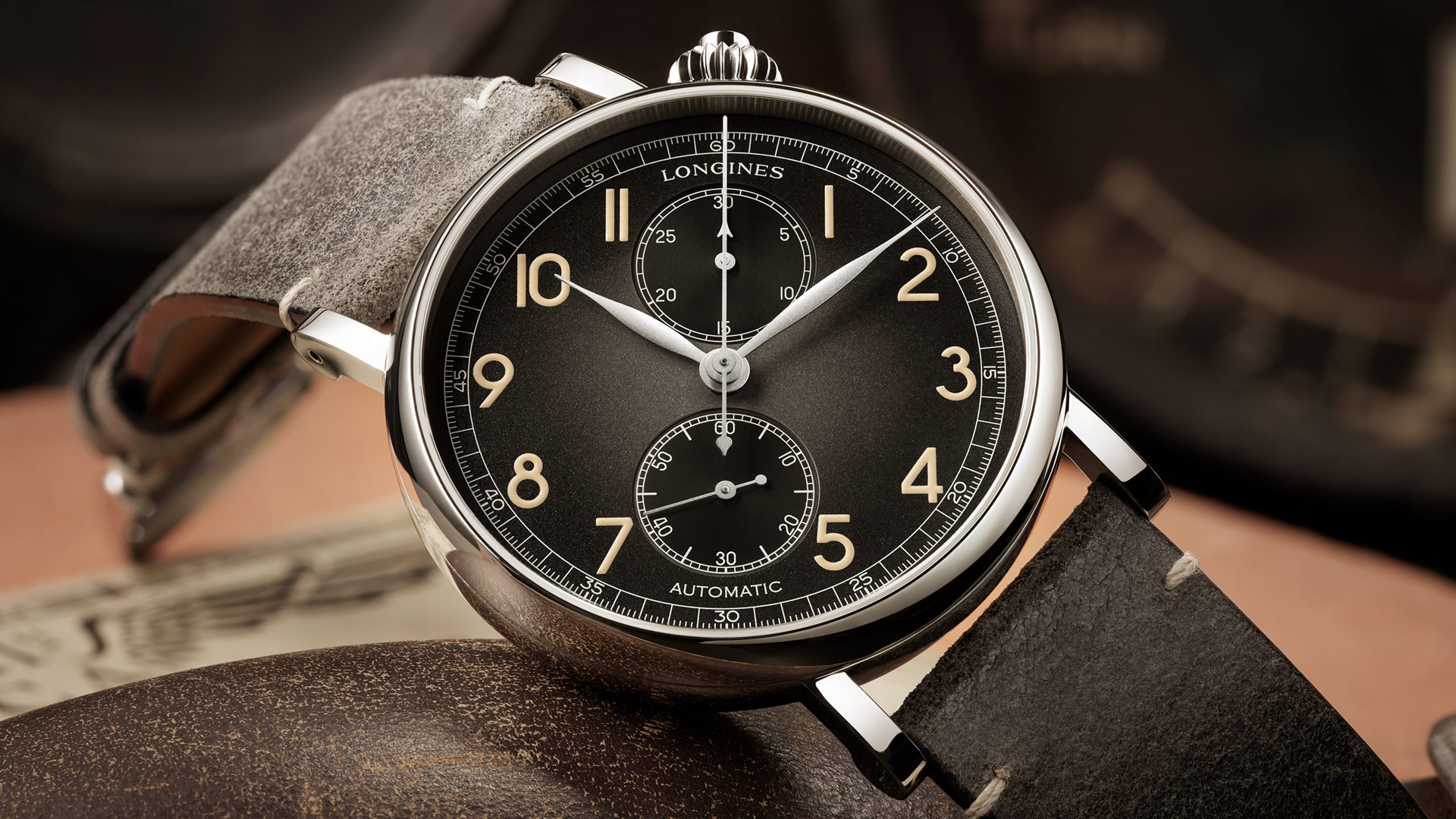 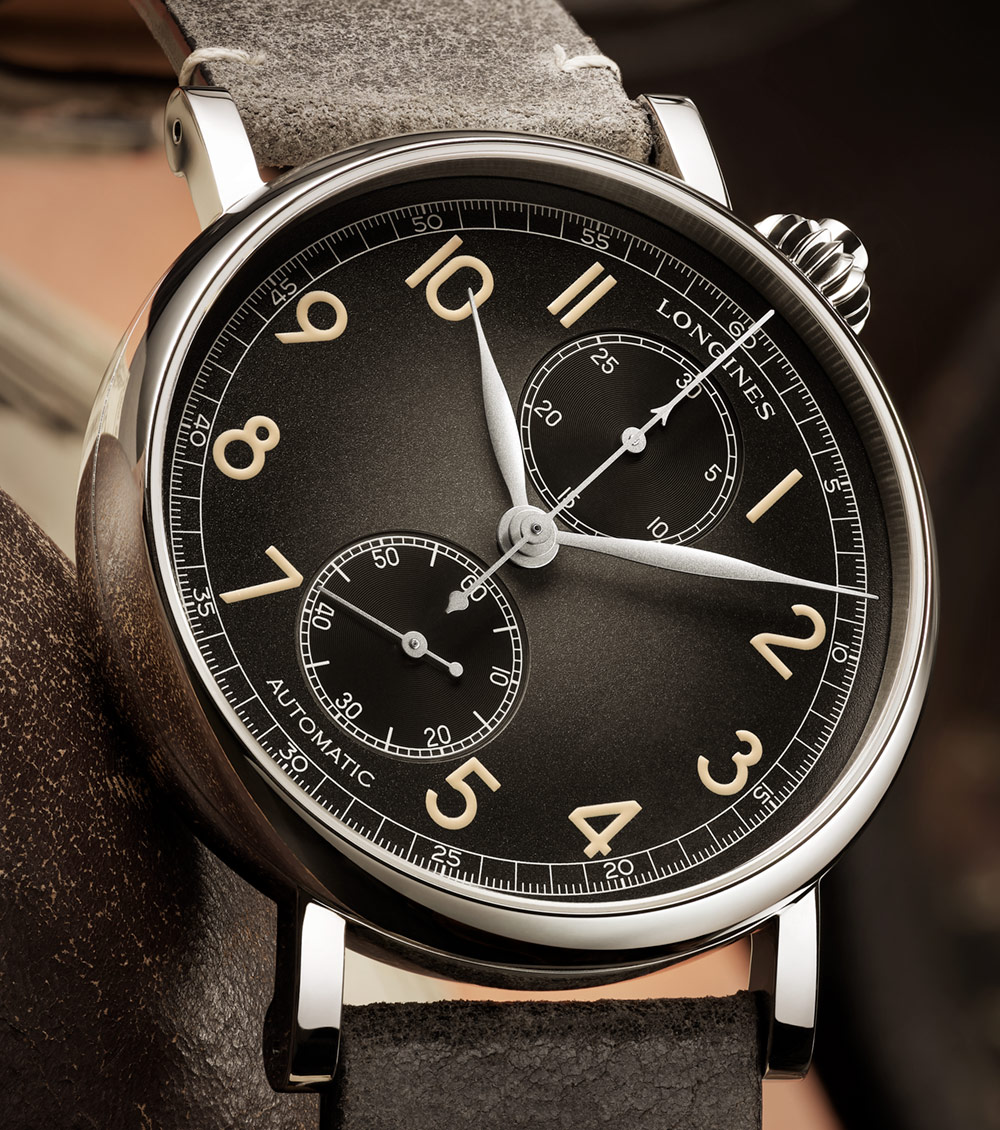 I recently happened to visit the Smithsonian’s National Air and Space Museum in Washington D.C., where they were displaying the Longines watch that was owned, used, and designed by legendary American aviator Charles Lindbergh in a Time and Navigation exhibition. It was incredibly cool to see it and some other significant historical Longines pieces up close, especially in an exhibit that wasn’t specifically about watches. This is the kind of history just about any watch brand would envy, and there’s more like it in Longines’ archives. The new Longines Avigation Watch Type A-7 USA Limited Edition is meant to remind people of the brand’s past in general, as well as specifically its relationship with the United States and its military. 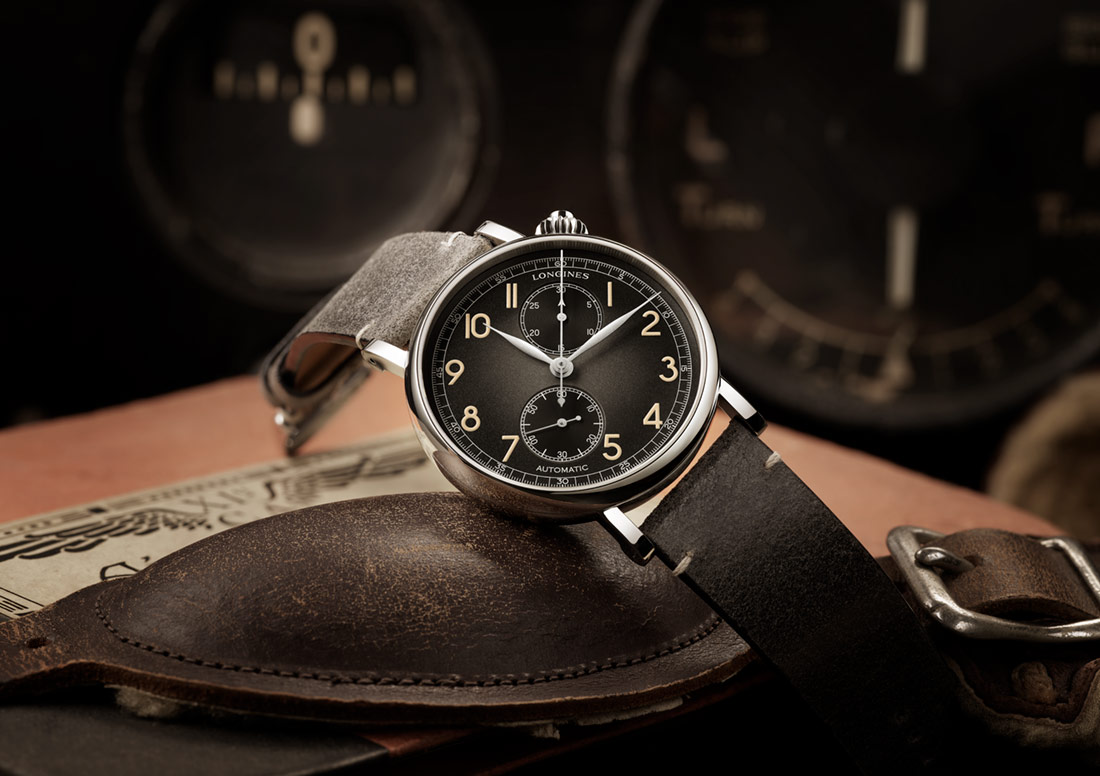 You can learn more about Lindbergh’s Longines-Wittnauer Weems watch in our review of the modern Longines Lindbergh 47mm Automatic “Hour Angle” here, so let’s get back to the new Avigation watch. This is a limited edition for the United States to further emphasize the brand’s long presence here – and there’s a lot of interesting history going way back to the 1800s, before wristwatches, and before the brand was even called Longines. Longines calls this Avigation Watch Type A-7 USA Limited Edition a re-edition of a 1935 model ordered by the US military. 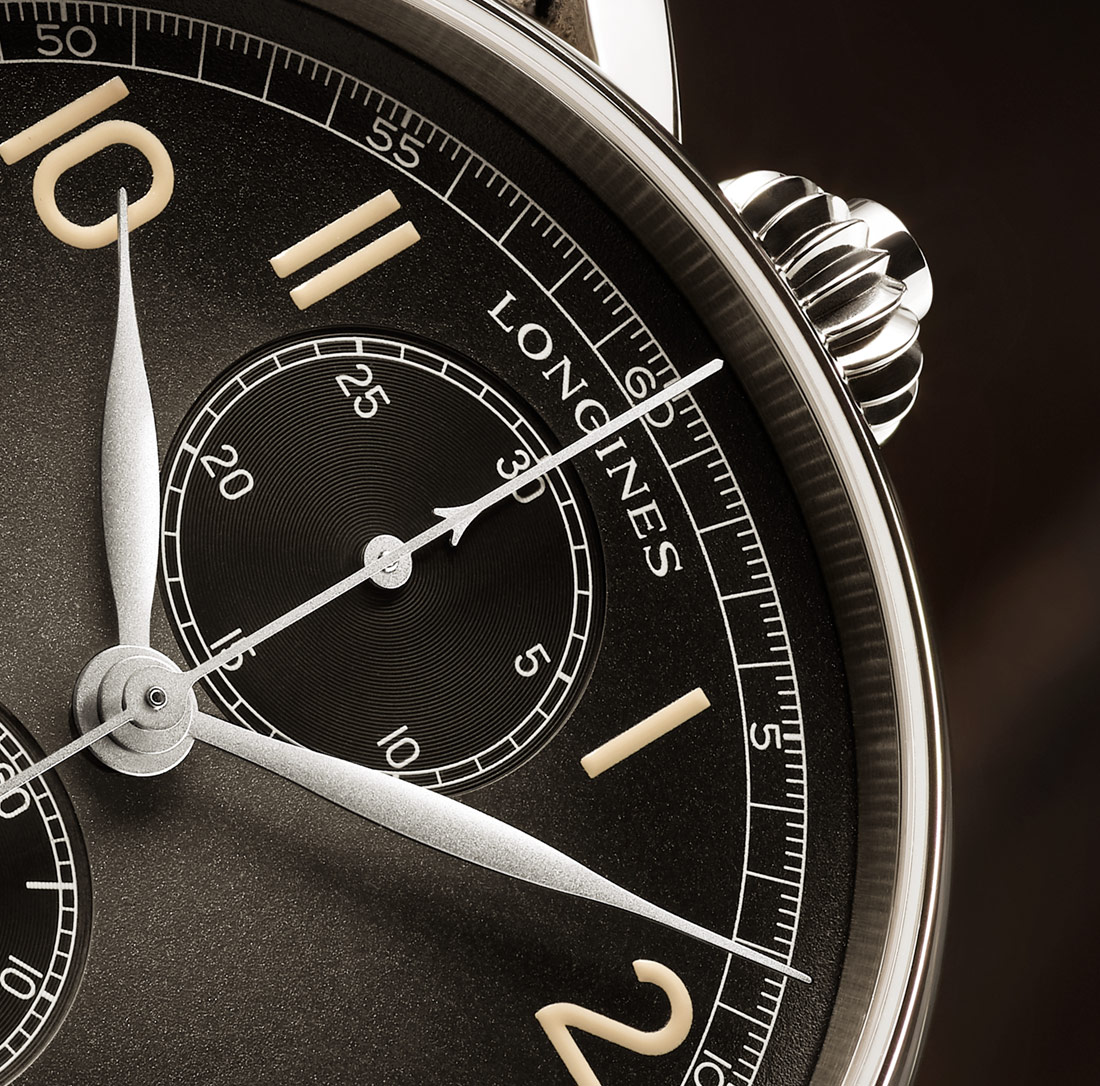 The first thing anyone will notice about the Longines Avigation Watch Type A-7 is its dial being cocked 40 degrees to one side. This is something seen from time to time in watches referred to as drivers’ watches like this one from Vacheron Constantin, but Longines makes pretty clear in a number of ways that this is a pilot’s watch, and there’s historical justification for that, of course. The idea is to be able to read the time more easily while keeping one’s hands on the controls, but I believe that for pilots the idea was for it to be worn on the inside of the wrist. 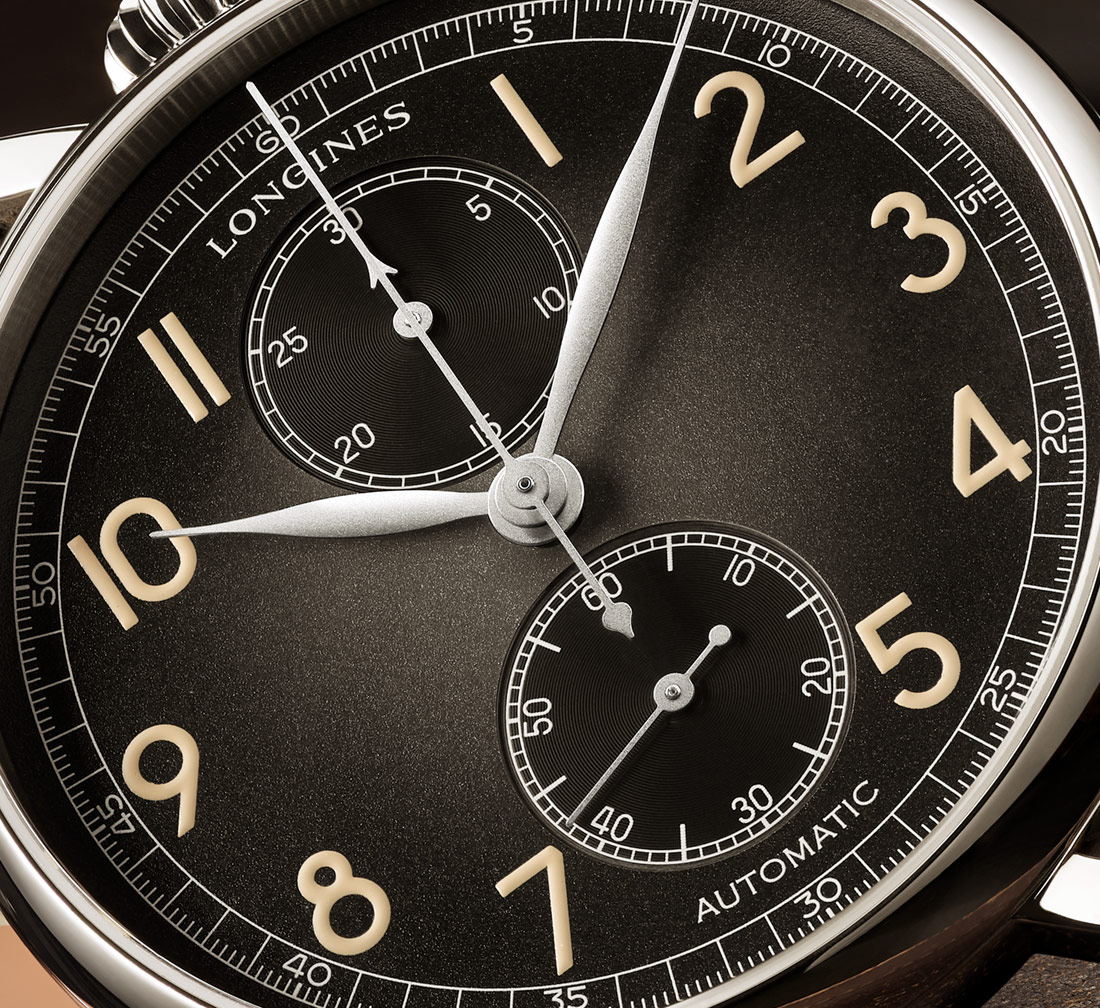 A much closer example of such a watch was the Longines Avigation Type A-7 watch from a few years ago. While some elements including the movement are the same, this USA edition is more than a cosmetic update. It has a similar name and concept, but a smaller case at 44mm wide, as well as quite different dial elements. The large onion crown at what would be around 2 o’clock for a watch with a traditional dial incorporates the monopusher chronograph’s single pusher. What is a monopusher chronograph, and why is it supposed to be special? Read all about it as well as the general history of chronographs here. 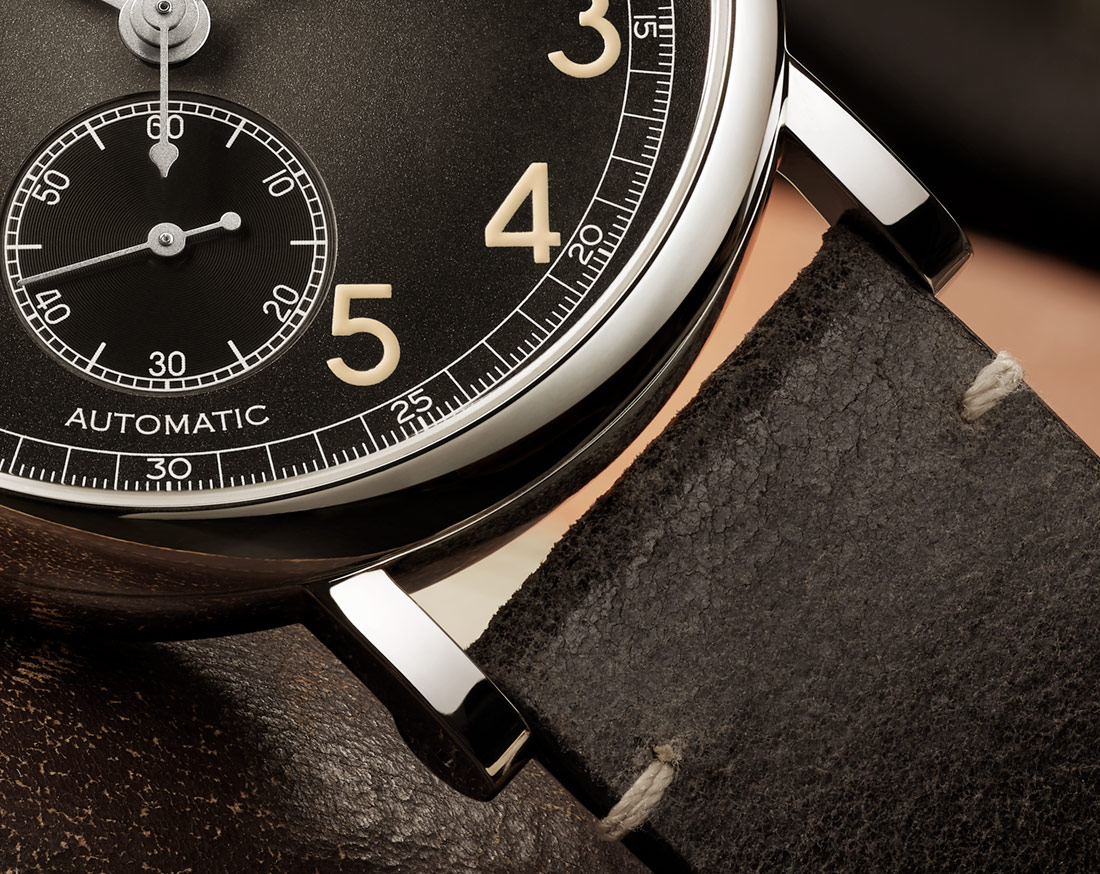 The L788.2 automatic movement inside was developed by the fellow Swatch Group company ETA (and known as A08.L11) exclusively for Longines. It operates at 4Hz with a power reserve of 54 hours and features a column wheel for smooth chronograph operation. The chronograph only measures up to 30 minutes via the 12 o’clock subdial, and the 6 o’clock subdial is the main time’s running seconds. Unfortunately, you won’t have a chance to see the movement, however, as it is hidden behind a solid caseback with a “commemorative engraving” of which Longines has not provided pictures. I will quickly point out that this movement doesn’t necessitate the idiosyncratic orientation of the crown (or lugs, depending on how you look at it) or the dial – if that isn’t totally obvious – and it has been used in more traditional-looking Longines watches. It was probably a good idea, though, to place that large, protruding crown in a way to avoid gouging the wrist, as well as to make its pusher easy to operate. 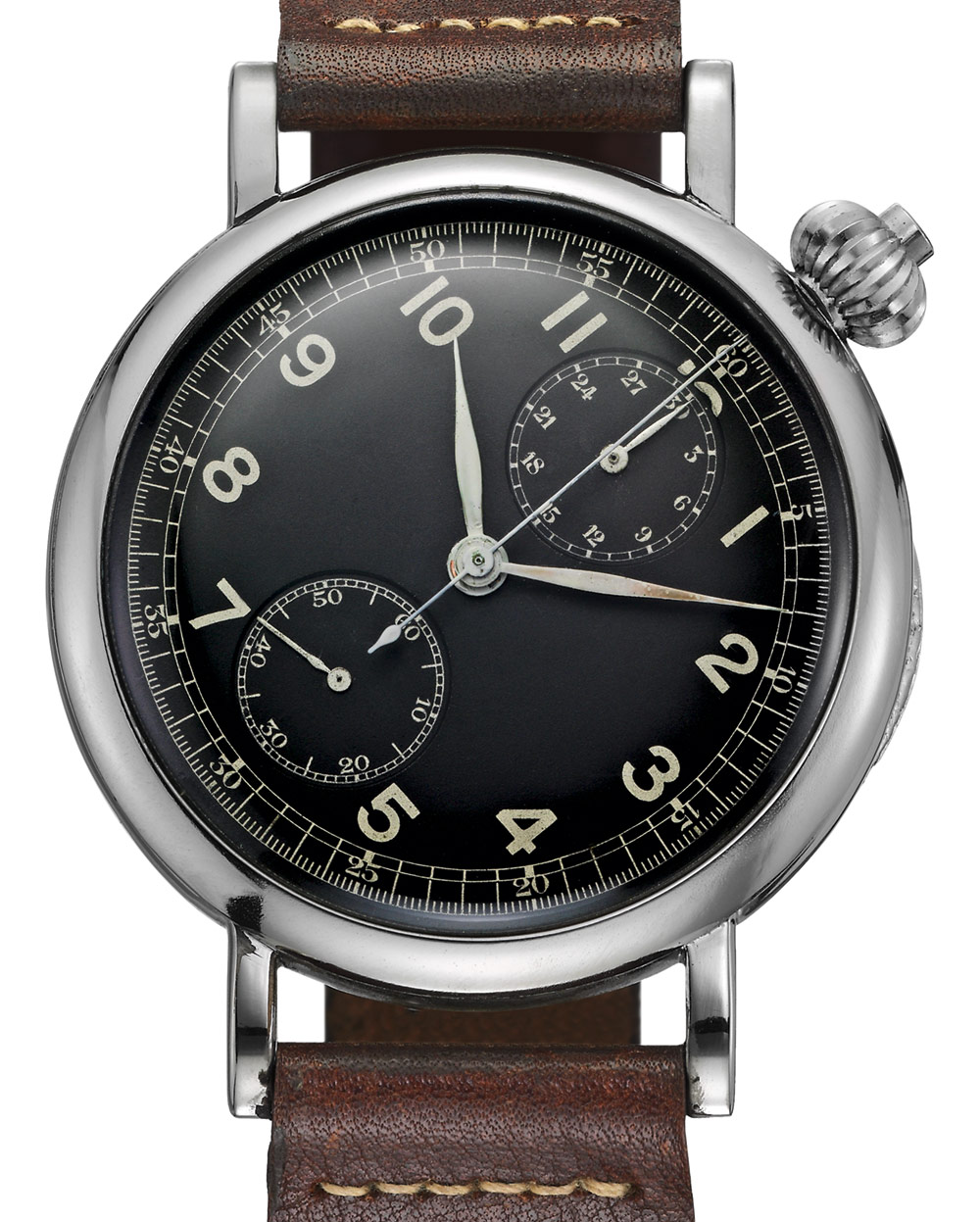 As with many pilot watches, legibility is important, and sandblasted rhodium-plated hands against a grained dial with graduated shading and multiple layers of anti-reflective coating on the sapphire crystal should do the trick. The brand refers to the Arabic numerals as “honey-colored.” You will notice in the image above of an original Longines Type A-7 from 1935 that the modern re-edition is pretty close to it, but with some small differences here and there. The 30m water-resistance is a little disappointing for a modern watch with a military theme since water-resistance ratings tend to be read as an indication of overall durability. 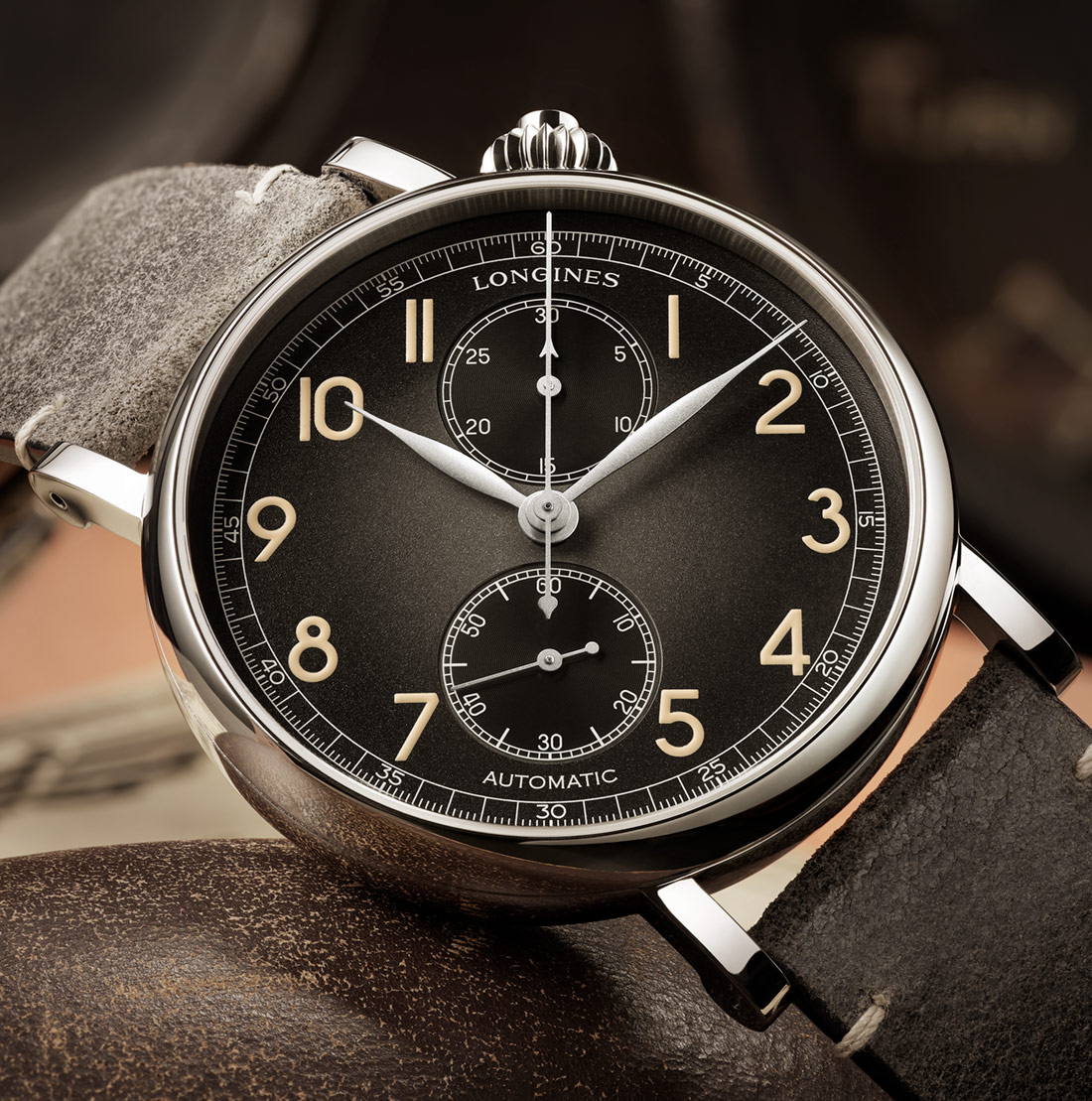 “Avigation” might sound like the words “aviation” and “navigation” got their letters scrambled in a flurry of marketing enthusiasm. It’s an uncommon word in English, but as you’d expect, it refers to “navigation of aircraft,” according to the Merriam-Webster dictionary, and this is a pretty legitimate theme for the brand to pursue considering their history. On a black distressed leather strap, the Longines Avigation Watch Type A-7 USA Limited Edition is limited to 100 numbered pieces and will have a price of $4,250. Learn more at longines.com