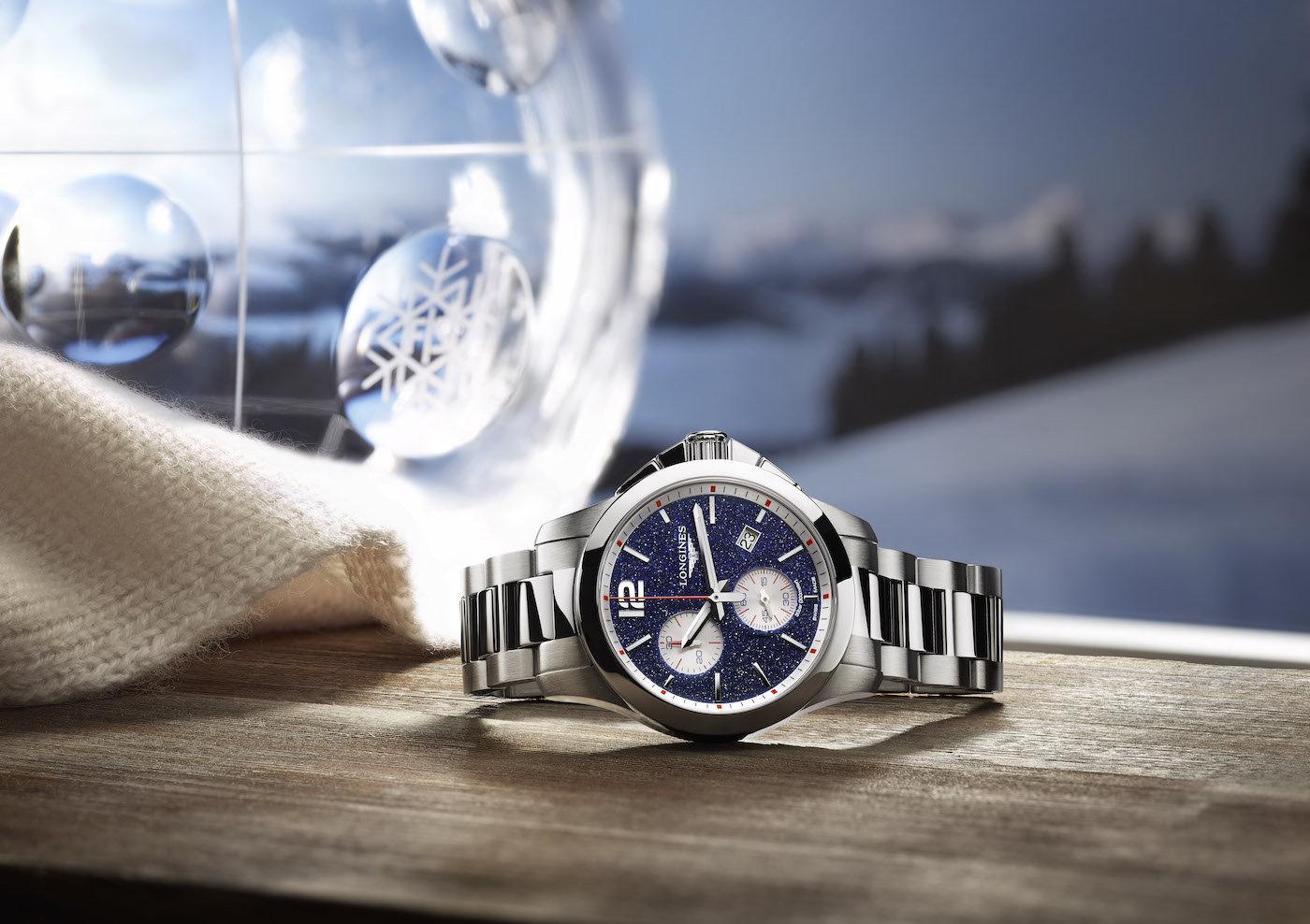 There are certain brands that always steal the show this time of year and certain others that tend to fly under the radar. Longines has had a couple pf sleeper hits the last few Baselworlds, with its heritage divers and the ultra-accurate VHP. This year, Longines brings us a new addition to the Conquest family, a Conquest Chronograph designed in partnership with Longines brand ambassador and Olympic gold medalist skier, Mikaela Shiffrin.

Longines hasn’t gone overboard here, mostly keeping true to the roots of what we’ve come to know as the Conquest Chronograph. Present here is a svelte 36mm-diameter steel case, with a sapphire crystal, 300 meters water resistance, and the L538.3 quartz chronograph movement. Quartz often gets a groan among watch enthusiasts; however, I am a huge proponent of quartz, especially coming from a brand like Longines. Back in the day, Longines experimented heavily with high-accuracy quartz, and still today releases extremely accurate (+/-5 seconds per year) watches under the VHP line. The L538.3 quartz chronograph is built off an ETA base like the VHP movements. Although it doesn’t boast the same extreme accuracy, quartz is still an important part of Longines’ DNA. 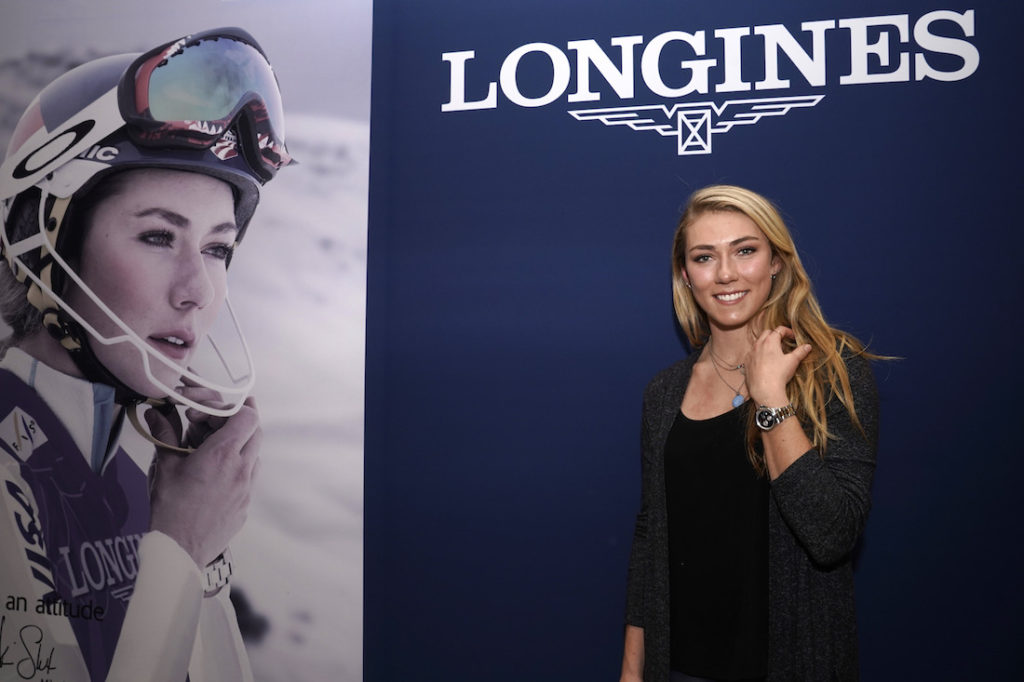 The primary point of focus for this new release is that dial. Longines has made the dial out of aventurine, which sounds like something out of a comic book (watch out Superman!). The aventurine presents a deep blue color with sparkling white pieces that Longines & Mikaela selected becuase it resembles snowfall over the mountains at night (which is a weird coincidence, given that aventurine dials — both glass and mineral — have been on the rise in watchmaking circles over the past few years). The press release doesn’t specify whether this particular dial is aventurine glass or the stone itself, but at this price-point, I think it is probably safe to say the former was used.

Continuing the Mikaela influence, the caseback features an engraving with her sillhouette and her signature. To round out the theme, the watch has red accents to honor Mikaela’s home country of the USA (along with the blue dial and the white sub-dials).

There’s no insane story here about how the watch was designed to “handle the extremes of the mountain,” or some expedition to Antarctica associated here. The Longines Conquest Chronograph by Mikaela Shiffrin is an honest collaboration that has resulted in what I find to be quite an attractive watch. Longines is only offering this watch on a steel bracelet, with pricing and availability yet to be announced. Visit longines.com for more information.