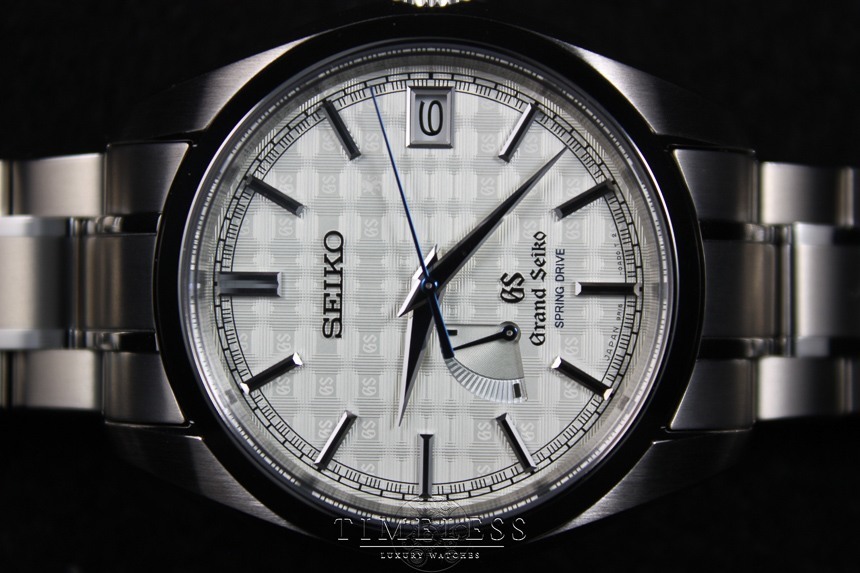 Why Grand Seiko? That’s probably the most common question we hear at Timeless. Grand Seiko is probably the single most disruptive brand in the entire luxury watch industry, and it seems like every watch collector has a strong opinion on the topic. We have an opinion on it too: we are obsessed with GS. In fact, we are so fascinated with the brand that we’ve written well over 20 articles about them, not including this one. We hang out on Seiko forums. We host parties with Grand Seiko where a master GS watchmaker assembles watches in front of an audience. We’re even building an independent website that will be the ultimate resource for Grand Seiko and will put all information about the brand, past and present, into one convenient place.

But that doesn’t really answer the question. Why Grand Seiko? To really appreciate why we, and a huge number of other watch collectors, love GS, I think you’ve got to consider at least a few separate factors: the history, the movements, and the craftsmanship. 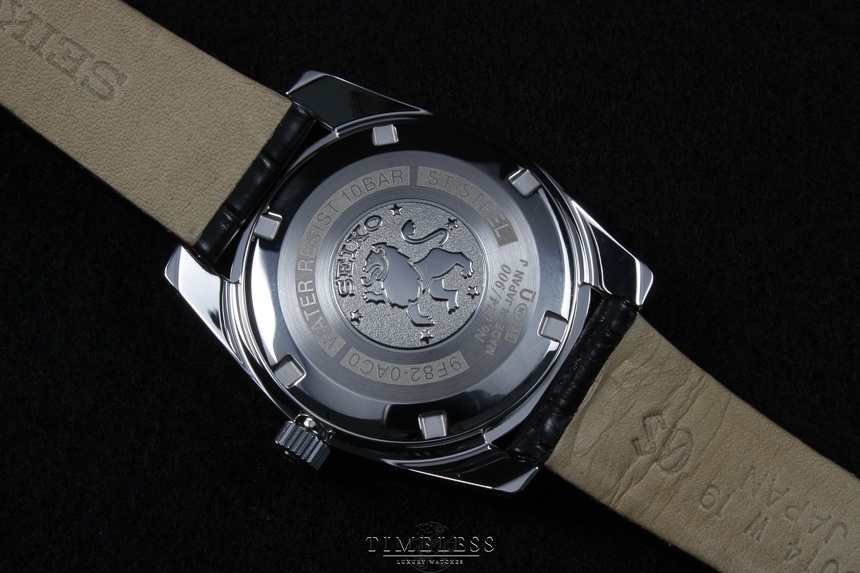 Grand Seiko is seen as something of a newcomer in the luxury watch world, having only entered the US a few years ago, and rising to fame in English speaking countries largely via internet forums. Yet nothing could be further from the truth. In fact, GS was just as controversial all the way back in 1960 as it is today.

Back then, despite their commitment to quality since Kintaro Hattori’s first shop in 1881, Seiko was not seen as a major player in the luxury watch market. They’d had their successes and awards, but they had yet to leave a permanent mark on the high-end watch industry. Seiko decided to have one of their major divisions, Suwa, produce a Grand Seiko. They meant that in a literal sense — the original model was to be the absolute best wristwatch they were capable of making at the time.

And so they did. The original model was merely called the Grand Seiko because, at the time, it was just a model — not a collection. The classic three hand, no date, manual wind watch made waves. It was truly a world class watch, but it was only a starting point. It wasn’t long before the Grand Seiko’s success warranted an expansion — it became two models, then three, then more. They added watches with dates, with automatic winding, with different frequencies — it was a complete collection on its own.

Seiko competed internationally by entering wristwatch movements into Neuchatel chronometer testing starting in 1964. The Neuchatel observatory not only rated watches but also gave their corresponding rank relative to other movements that were tested, making it possible to see who was making the most accurate pieces. It was in this arena that Grand Seiko would determine its success, and from 1964 until the end of the Neuchatel chronometer trials, GS would enter movements for competition.

The initial results were mediocre — there was a lot of room for improvement. By 1967, movements supplied by Seiko had moved from the 144th place into the top ten, thanks largely to their advancements in high-frequency calibres. The stage was set for Grand Seiko to finally take their first place finish in 1968 when the Neuchatel chronometer trials were abruptly abandoned. It is often speculated that this was to avoid declaring Seiko the winner of a Swiss chronometer competition. Regardless of the reason, Grand Seiko, as well as the other watchmakers, were undeterred, and simply went to the equivalent Geneva competition where they were once again competed.

This time, Seiko achieved its mission. Grand Seiko received 4th through 10th place, beaten only by a prototype quartz movement which took 1st through 3rd. This made Grand Seiko’s movements the most accurate mechanical wristwatch movements in the world. GS had proven that they could compete with anyone.

That’s just one of my favorite stories from Grand Seiko’s illustrious history, but there are many more. Suffice it to say that history, as well as tradition, plays a crucial part in understanding why GS is the phenomenon it is today. 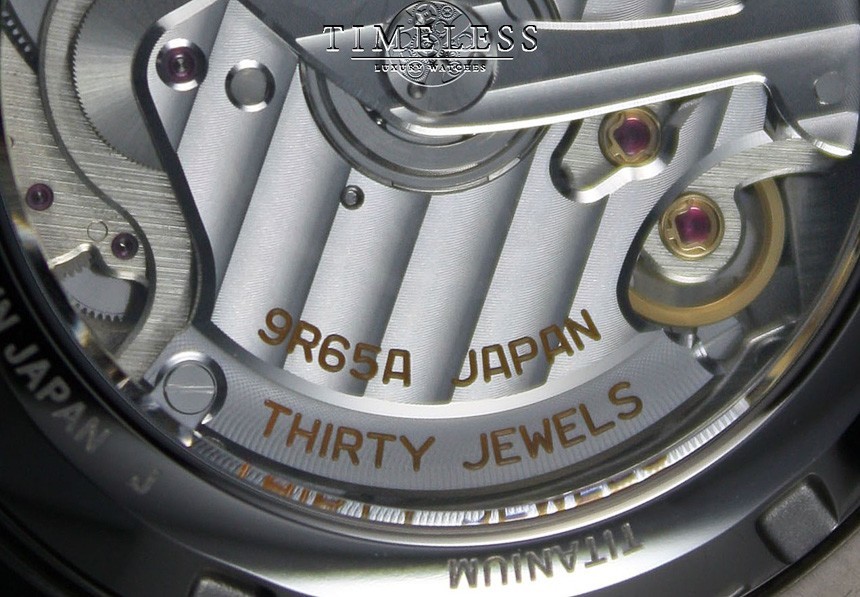 One of my favorite things about Grand Seikos is their accuracy. With the vast majority of watch brands out there, you’ve got a wide range of potential accuracy ratings and that’s true of Grand Seiko as well, but with one major difference — the worst Grand Seiko has a better rating than almost every other brand’s best. That’s very convenient, not merely for bragging rights, but because it means that the collector can buy any GS at random, without any knowledge of movements, and end up with a watch that’s extremely accurate. You literally can’t go wrong.

But although the specs are very impressive, there’s so much more to Grand Seiko’s movements than numbers on spreadsheets. Those are great in a sales brochure, but you need to understand the soul of GS, of Seiko generally, and to some degree perhaps even Japan, to adequately explain, “why Grand Seiko.” 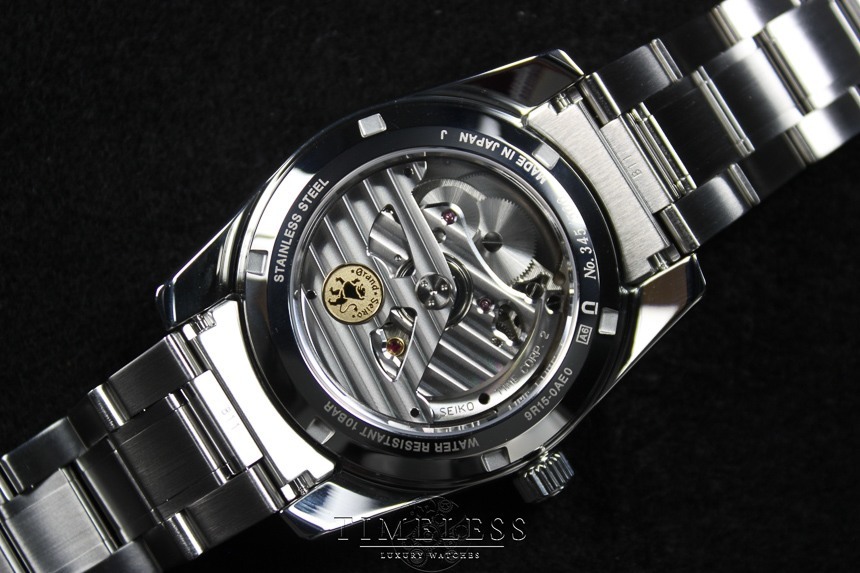 More specifically, that nature is this unusual, yet elegant, combination of tradition and technology. No other luxury watch brand so seamlessly weaves watchmaking traditions that predate the entire company with next generation movements that literally no other company in the world can replicate. Grand Seiko is always staying true to their heritage while managing to advance the technology of movements at the same time. 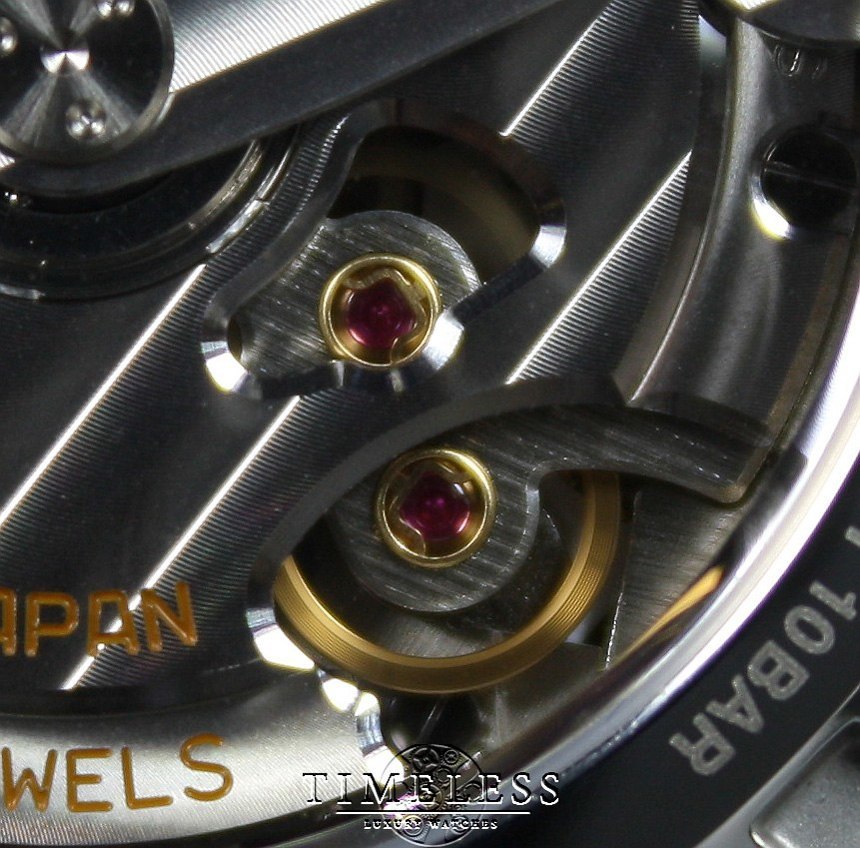 No movement more eloquently expresses this philosophy than the spring drive. This revolutionary movement, now almost synonymous with Grand Seiko, manages to integrate the fine finishing and assembly of a mechanical GS from the 1960s with an exceedingly unique, high tech tri-synchro regulator. This allows them to fuse the old with the new, creating a movement that has no batteries at all, stores the entirety of its energy in a mainspring, and is almost completely mechanical, but with accuracy that exceeds most quartz watches. The spring drive allowed the watch collector to enjoy the beauty of a traditional watch with the accuracy of a high tech one. It’s an almost perfect mirror for the company. 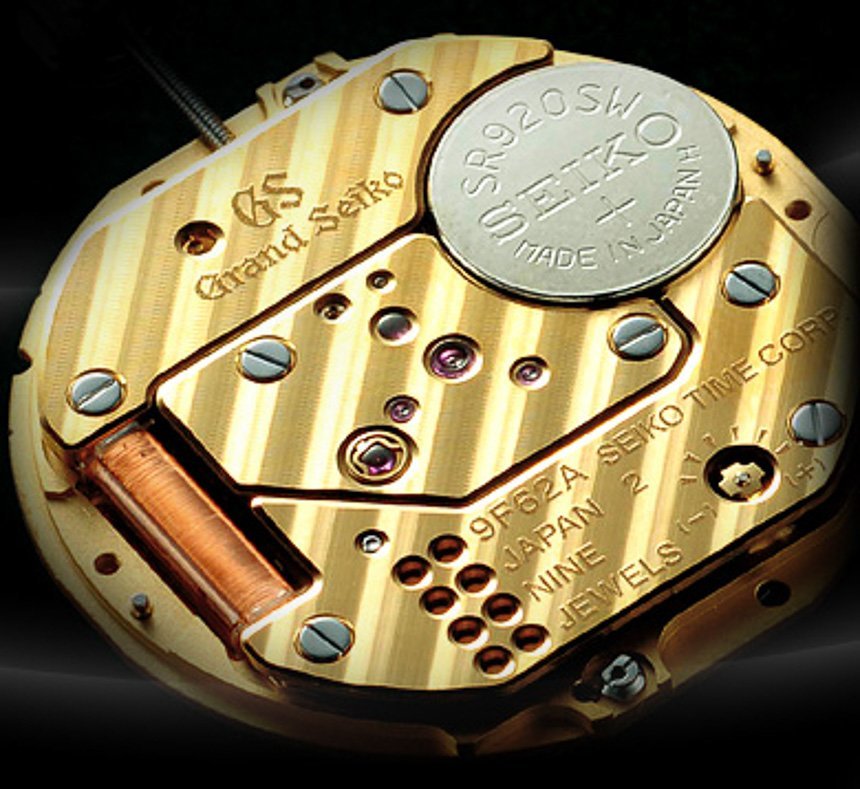 On either side of the spring drive you’ll find supremely advanced quartz movements and remarkably refined mechanical ones. Most luxury brands also offer quartz movements these days, but extremely few of them actually even make those movements. They’re typically offered as an also-ran for those who don’t want to spend more money on a mechanical watch and they’re very rarely, if ever, a subject of pride. 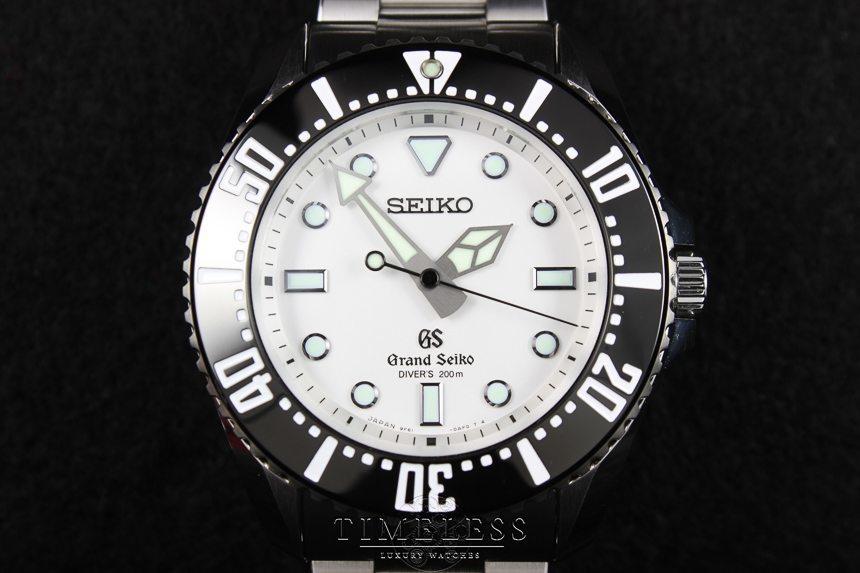 For Grand Seiko, this is completely the opposite. Grand Seiko takes great pride in their quartz movements for mainly two reasons: their quartz movements are easily among the best ever made, and owing to their Seiko heritage, they are the father of quartz movements generally. Indeed, the same division that made the first production quartz watch makes Grand Seiko quartzes today, 46 years later. I could go into the fine details about what makes these movements (namely, the 9F) so great, but you can read our other articles for that — suffice it to say that the least accurate 9F is rated for 10 seconds per year, and the most accurate, 5 seconds per year — this, and a host of other technical improvements, mean that the quartz line of Grand Seikos is anything but an afterthought. 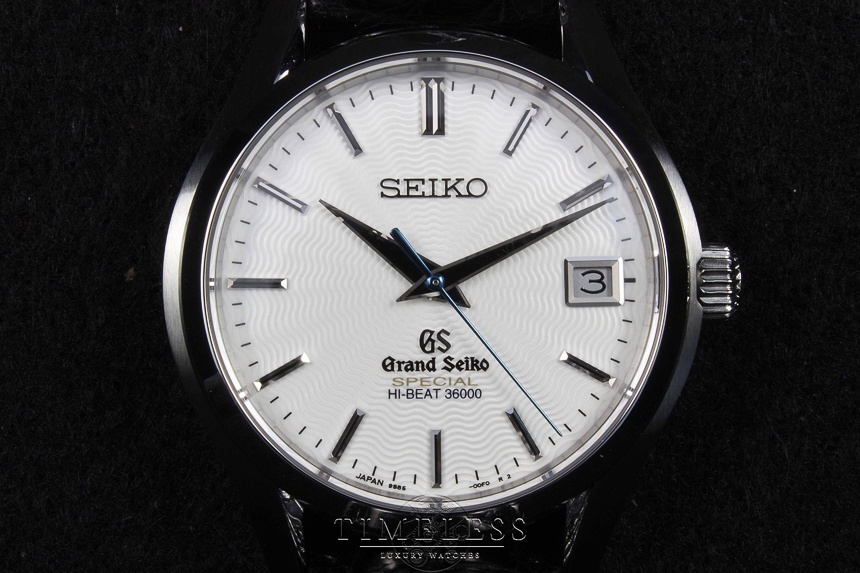 Finally, we have mechanical movements, GS’ oldest division. Grand Seiko movements are very thoughtfully and elegantly designed with an aim for simplicity, reliability, and accuracy. Today, the least accurate Grand Seiko movement is +5/-3 seconds, easily near the top of the mechanical watchmaking world, and some movements are even certified to +4/-2 seconds. The design of the movements themselves is very interesting because it demonstrates Seiko’s dualistic nature with regard to tradition and technology. You won’t find any silicon components in a Grand Seiko. GS stays true to their traditional materials, yet finds new and innovative ways to make those materials surpass even contemporary competition. For instance, the pallet fork and escape wheel are steel but are made using a MEMS manufacturing process that offers vastly superior precision. To reduce the weight of these parts, they are finely skeletonized. 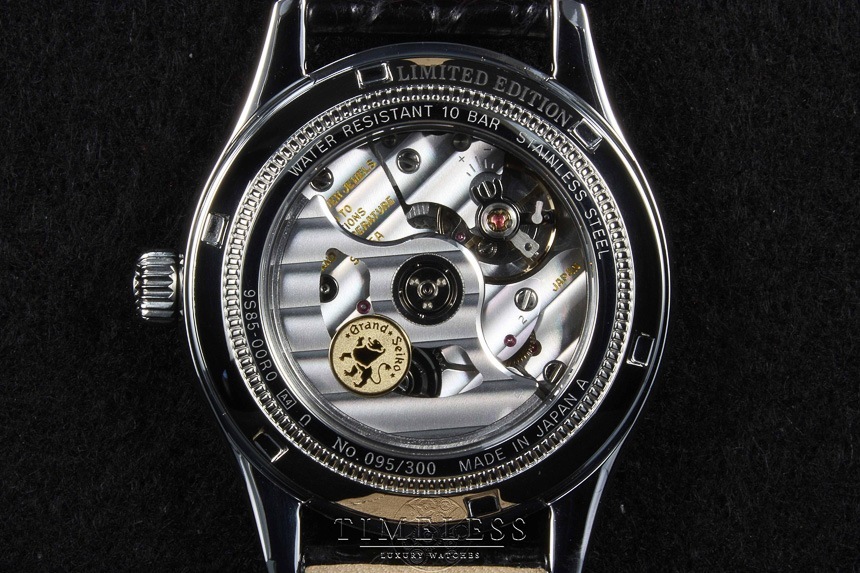 The hairspring and mainspring are another great example. Seiko actually developed their own metallic alloys for this use, variations on what they call SPRON, which have enhanced properties over the competition. The material stayed basically the same, yet the way it is made was greatly improved by technology. 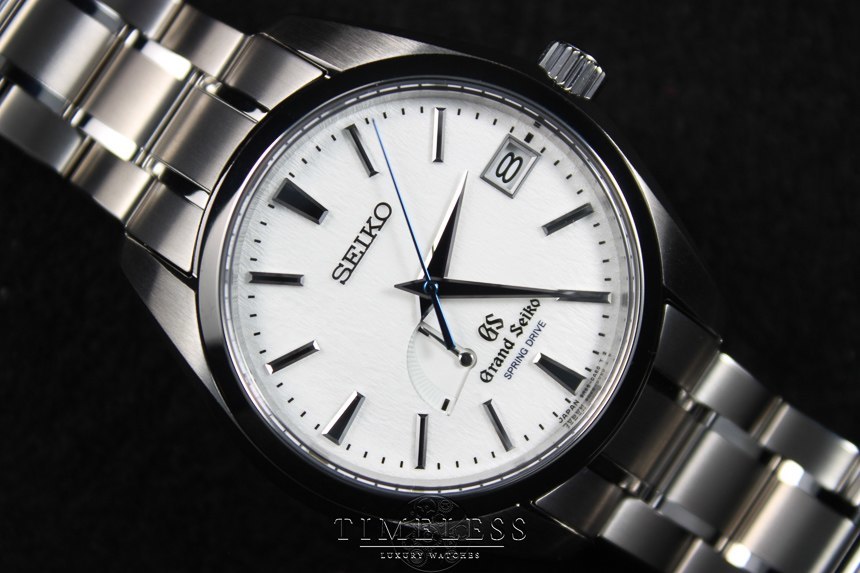 Another great tradition that is honored in their mechanical movement making is the legendary Hi-Beat, the mechanical movement most closely associated with Grand Seiko. GS was determined not to let it be just a nostalgic throwback, and set about making a Hi-Beat for the 21st century. Towards that end, they used special oil retaining grooves that reduced the increased wear associated with high frequency escapements, along with the many other advancements they had already made in their 9S5 and 9S6 lines of movements. 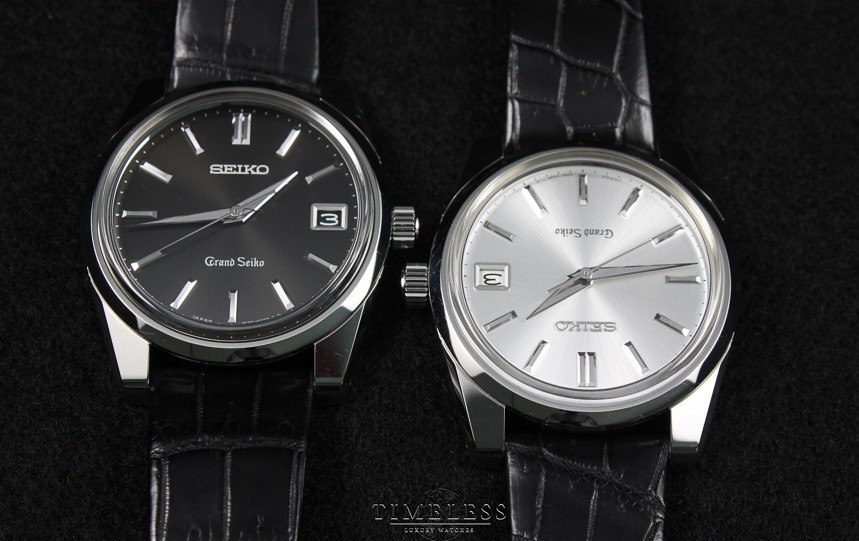 The final aspect that’s crucial to understanding the love of Grand Seiko is the brand’s craftsmanship. Few brands have stayed quite as true to traditional watch polishing, assembly and adjustment as GS has. For instance, every part of a Grand Seiko is polished by master watchmakers using what is known in Japanese as the “zaratsu” technique. Indeed, to say that this is traditional is underselling it by quite a bit. 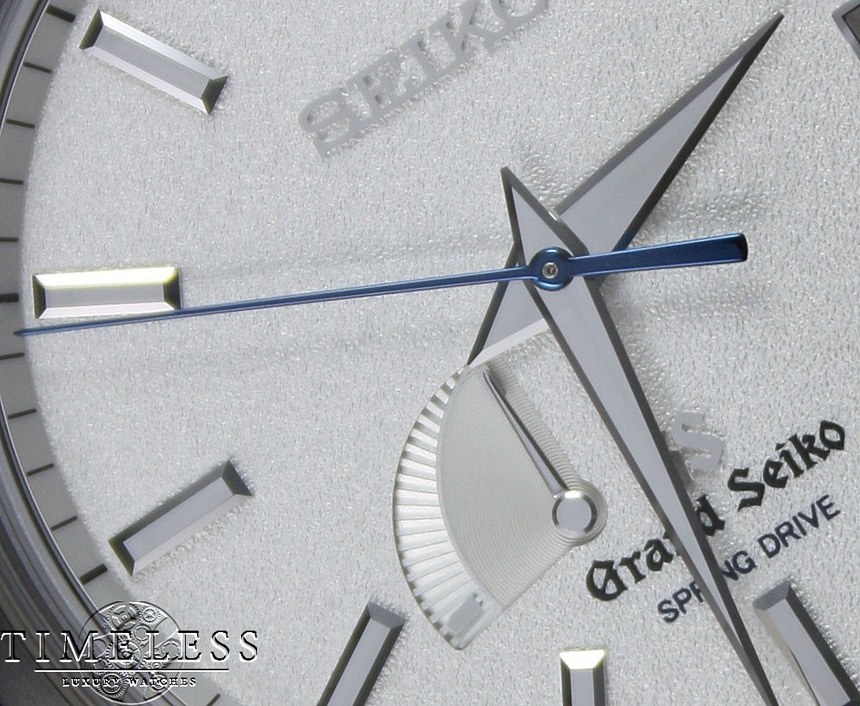 Historically, Japanese sword polishing was taken quite seriously. While most assume that the swordsmith would also be the one to polish a blade, this job was actually so specialized that the blade was usually given to a “togishi” who performed this task exclusively. Why does this matter? Well, zaratsu polishing is a technique derived from precisely that — the fine art of sword making. When you buy a Grand Seiko, every surface of the case was polished – by hand – using this technique. 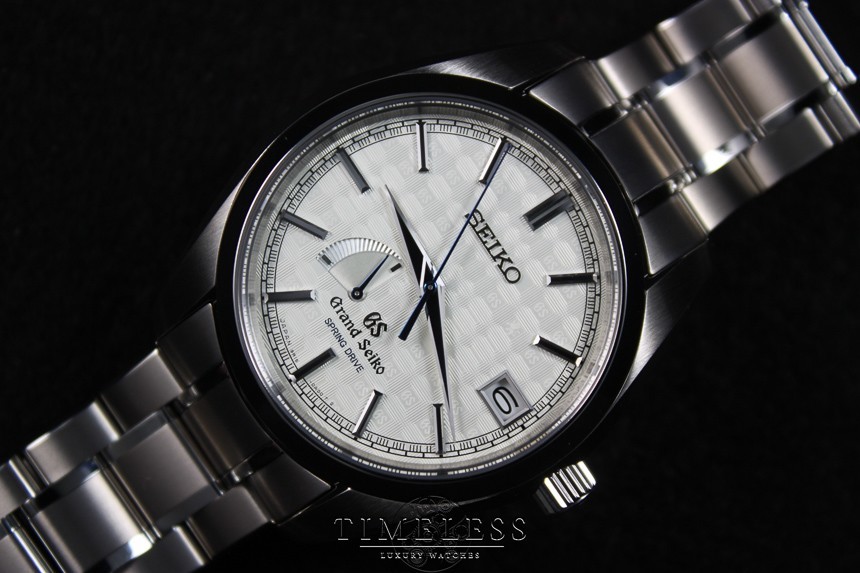 Beyond the aesthetics of extremely fine finishing is the functionality of actually assembling a watch, which is also done entirely by master watchmakers. Those watches are then adjusted, not in the 5 positions required for the COSC, but in an additional 6th position, to best compensate for the effects of gravity. This is a feature of a few elite watchmakers, most notably, Jaeger-LeCoultre. The testing and adjustment of a Grand Seiko takes 17 days. 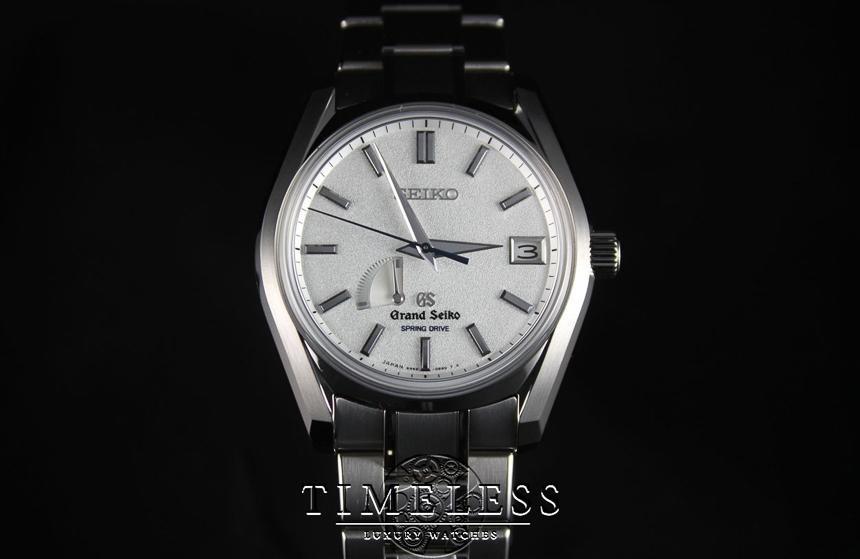 The reason Grand Seiko is so treasured, then, cannot be simplified into a bunch of impressively tight tolerances on a spreadsheet. Nor can it be reduced to a long list of technical achievements. No, if you really want to understand Grand Seiko, you must appreciate the human element that goes into every watch. 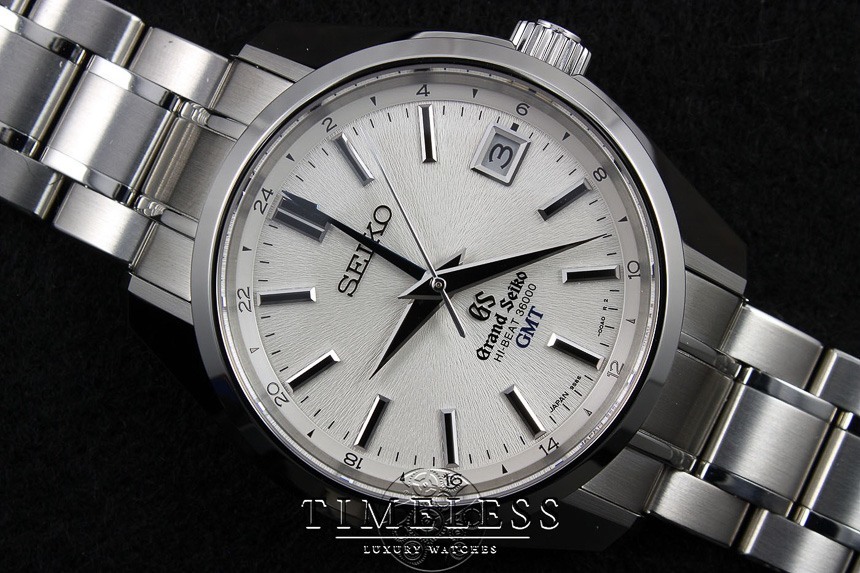 I hope that gives a little insight into why we hold Grand Seiko in such high esteem. Of course we could go on for hours about any of these attributes or more, but hopefully these three examples help to explain why so many watch collectors, especially those of us at Timeless Luxury Watches, have a special place in our collection for Grand Seiko. Grand Seiko Watches at Timeless