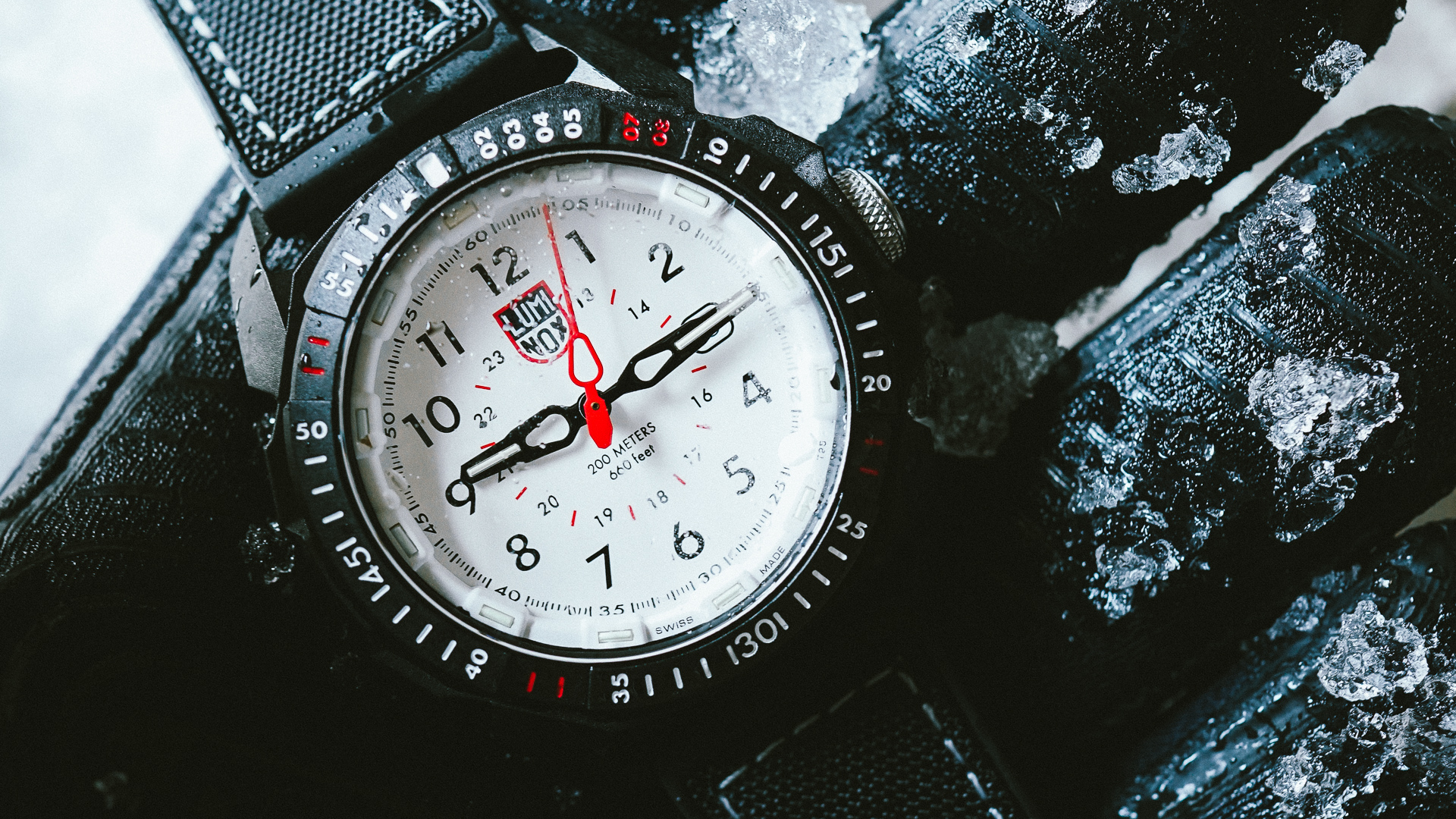 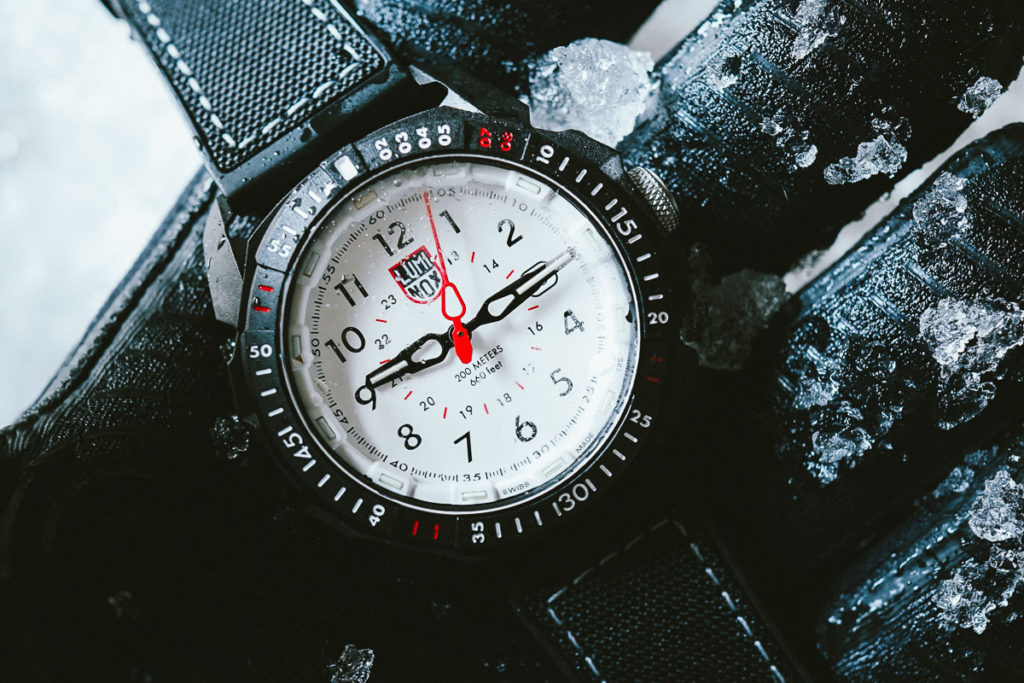 That Iceland. So cold, but so hot right now. Thanks to a not-so-minor economy crash in 2008, the subsequent influx of international tourists looking to take advantage of the then-soft local currency tripled the country’s population in the past decade alone, peaking at 2 million visitors in 2017. But those numbers hint at the more relevant story here: a country whose locals are outnumbered five to one by unwitting, and often ill-prepared adventure-seeking visitors, many of whom will break down and dial ‘112’ at some point during their visit. On the other end of that phone call is the Icelandic Association for Search and Rescue (“Slysavarnarfélagið Landsbjörg,” or ‘ICE-SAR’ for short) who’ll brave sub-zero temperatures, blinding snowstorms, avalanches, earthquakes, and even volcano eruptions to swoop in and save the day. And thanks to a brand new partnership with tool watchmaker Luminox, ICE-SAR members are now being equipped with the new Arctic 1000 series watches which are designed to endure these many hazards experienced by one of the world’s most capable civilian volunteer SAR groups. 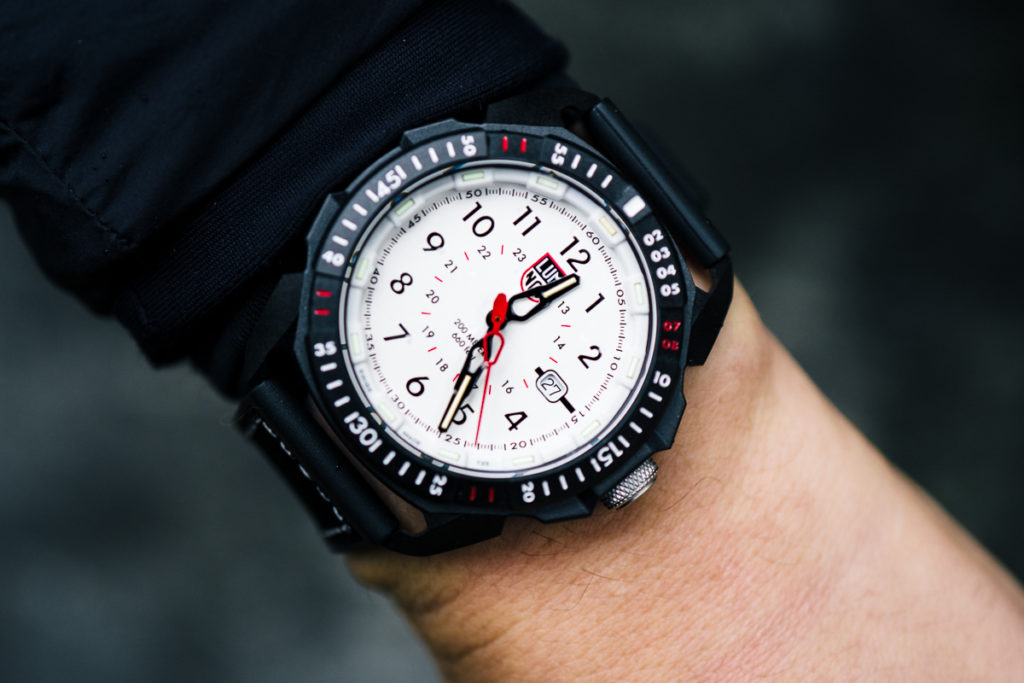 The new ICE-SAR Arctic 1000 watches are built with the latest evolution of Luminox’s signature carbon fiber-reinforced polymer case, now called Carbonox, which is 40% carbon in bar form. Like many Luminox watches before, its lightly textured exterior resembles a forged carbon case, albeit at a fraction of the cost. But the real kicker is how these cases are three times lighter than titanium, more scratch resistant than any other traditional alloy, and are not thermoconductive (meaning they are relatively immune to the potentially adverse effect of ‘holding’ heat or cold on either spectrum of temperature extreme), making them excellent adventure watches in harsh conditions – and perfectly tailored for rescue teams who rely on their gear day in and day out. 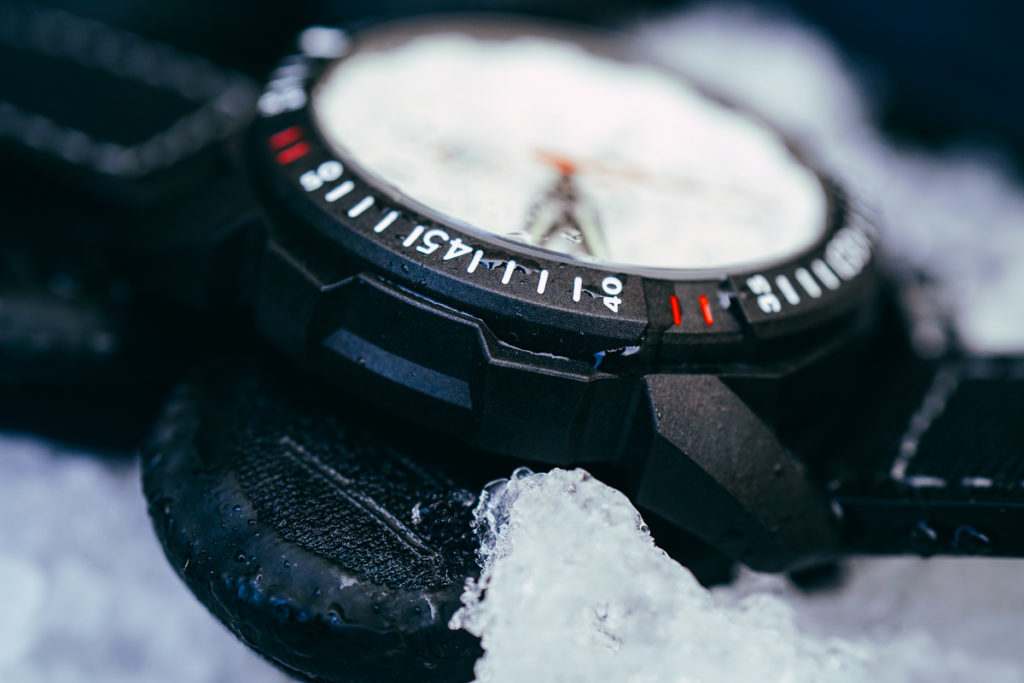 Unsurprisingly, the rising number of wildly inexperienced explorers amidst Iceland’s vast wealth of natural wonders has also led to a staggering rise in wilderness-related mishaps from those not accustomed to the region’s often harsh, and unforgiving conditions. Even with a network of survival huts scattered across the Iceland backcountry under its management, ICE-SAR is trained to respond directly to a broad range of scenarios: including vehicles trapped in deep snow or rushing water, hikers stranded out in the cold, capsized vessels in open ocean, or picnickers trapped on a glacier that floated out to sea (true story). Naturally, the increasing number of these types of events has led to a greater demand for more services, training, and better gear for the organization’s 10,000-strong volunteer corps. And since ICE-SAR doesn’t bill those whom it rescues (unlike most rescue agencies in the United States, for example) out of fear that a large bill might dissuade someone from seeking help in a potentially life-threatening situation, the organization is proudly sustained through monetary donations, annual fundraisers, and gear support from brands like Luminox. 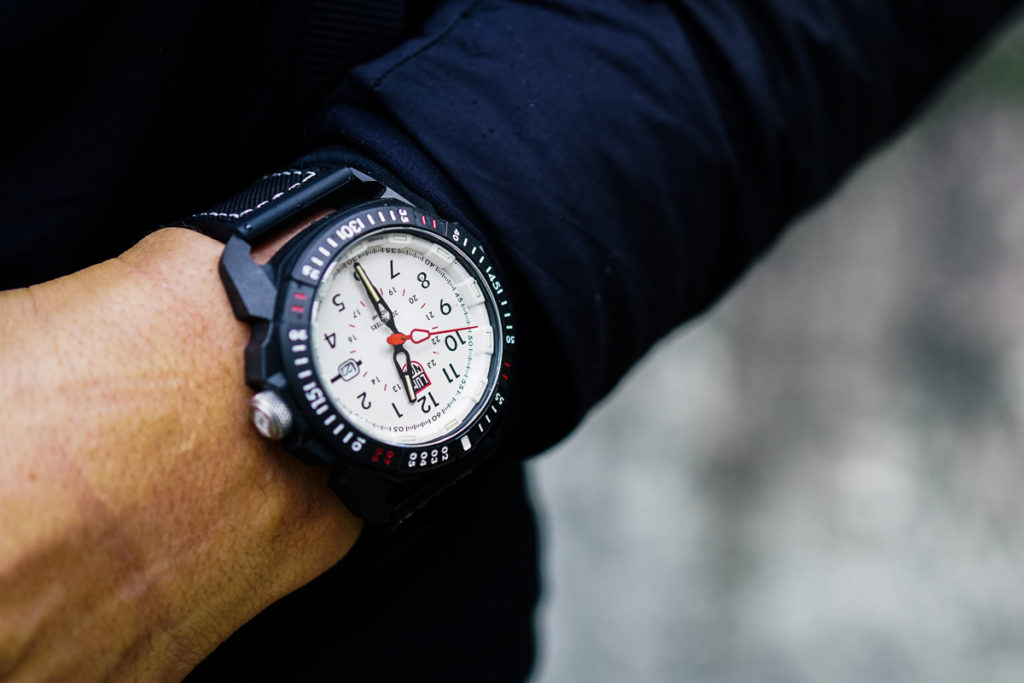 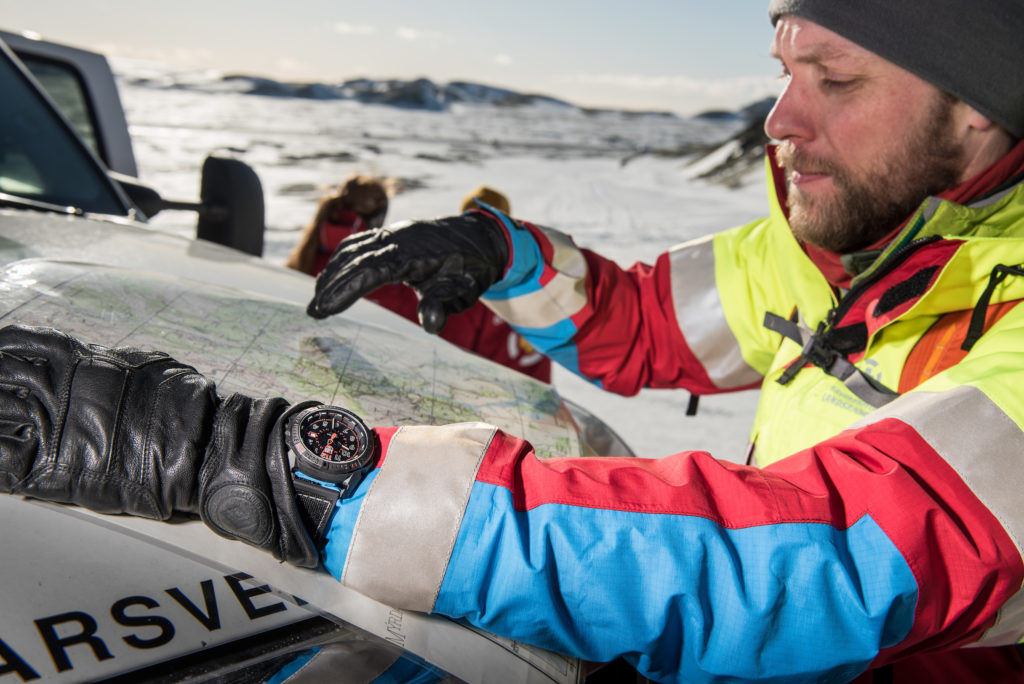 Though instantly recognizable as a Luminox by dial alone, the Arctic 1000 watch represents a considerable departure from the brand’s historic case design, with a uniquely beveled case silhouette, an angular integrated bezel, and sharply pointed lugs which look like they could be inspired by the ice tools used by ICE-SAR. At 46mm, and with a lug-to-lug measurement of 54mm, it’s far from a small watch, but Luminox hasn’t historically made small watches (even their women’s watches are still large, by comparison). Thankfully, it’s not overly thick, and the Carbonox case mercifully keeps the watch head weight at a feathery 52 grams and thus the wearability high. One hint on justifying the size is also passed along in the rubber strap itself, which measures 24mm at the lugs, and is long enough to enable team members to wear the watch on the outside of a shell or ski jacket, where it remains highly legible thanks to the wide dial and high-contrast markings. 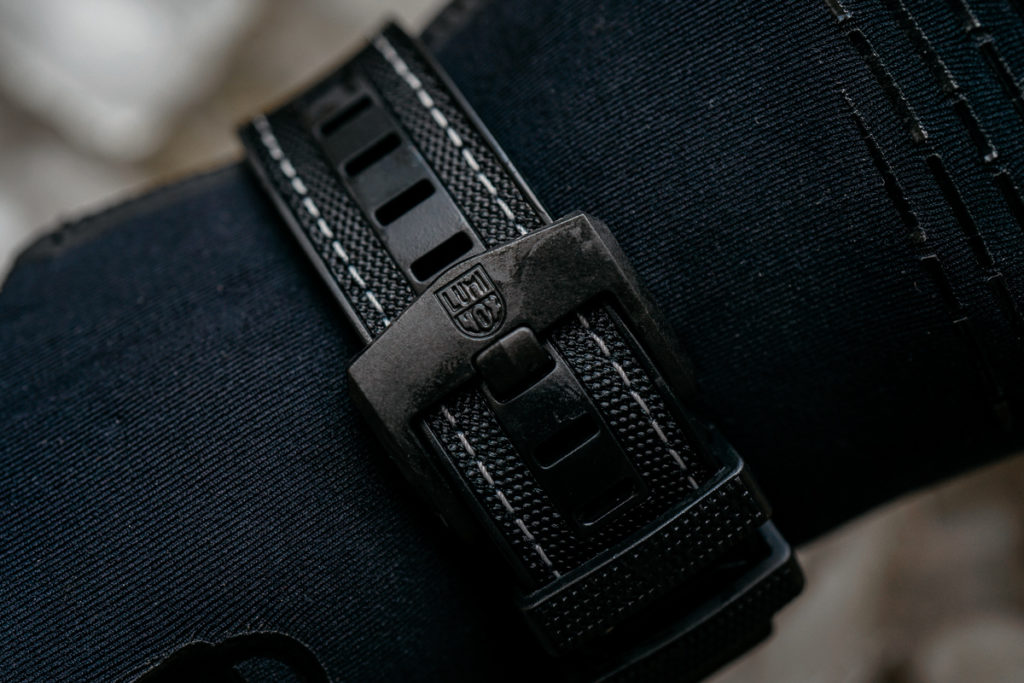 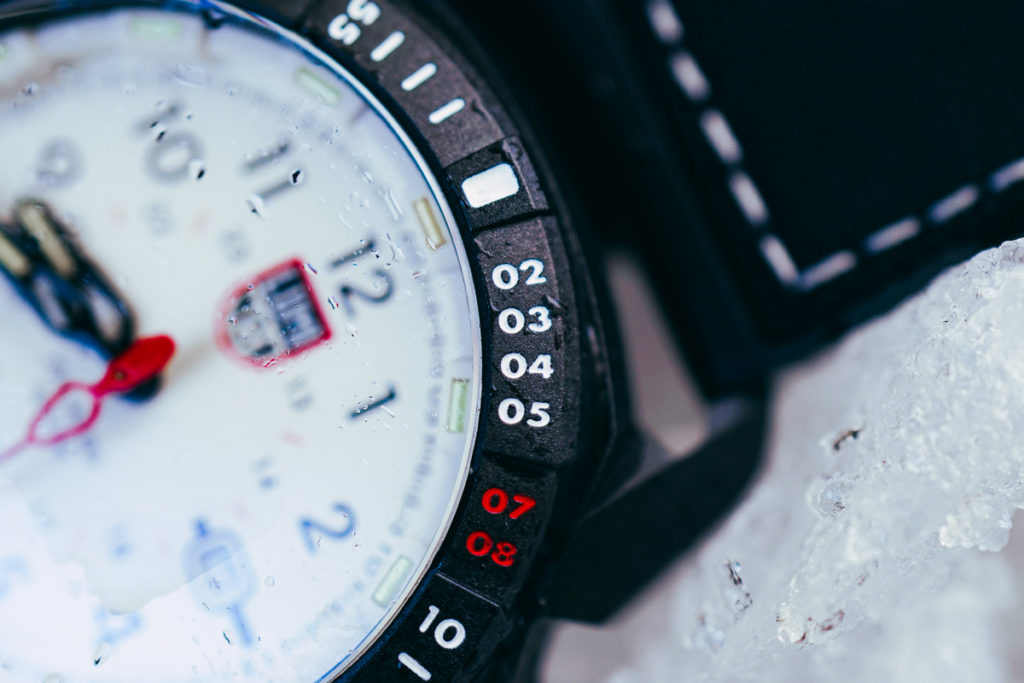 Several other design elements on the Arctic 1000 were uniquely designed to evoke the world in which ICE-SAR operates; particularly the handset whose cone-shaped cutouts are inspired by the shape of the carabiners used by the team. The watch is also equipped with a fixed Carbonox bezel, which, at first glance, appears as though it’s designed around search-and-rescue timing windows, like the Sinn EZM 12 Air Rescue Watch, which featured a count-up bezel for the ‘platinum window’ (the ten-minute rescue timing window with the greatest chance for success), and a countdown scale for the “golden hour” (denoting the time needed to get a victim to a hospital). However, that doesn’t seem to be the case here – the white text and ridges outlining the bezel at 12, 3, 6, and 9 are simply designed to form ICE SAR’s four-sided white cross logo. A bit disappointing that there’s not any functional depth here, but it’s still a neat stylistic touch and one that at least adds a bit of texture to the fixed bezel itself. 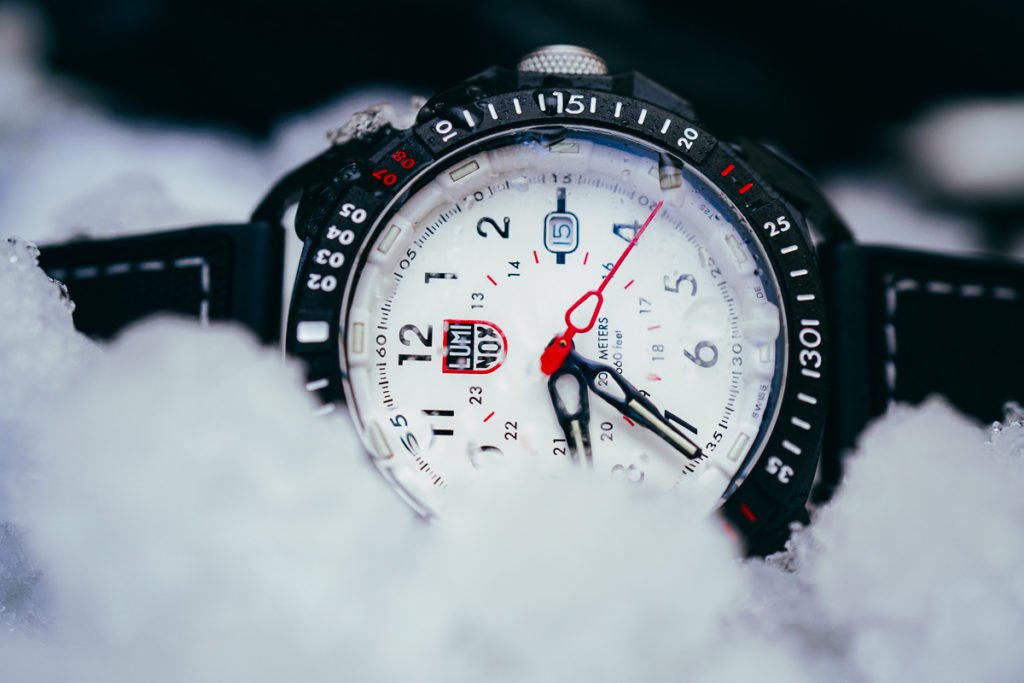 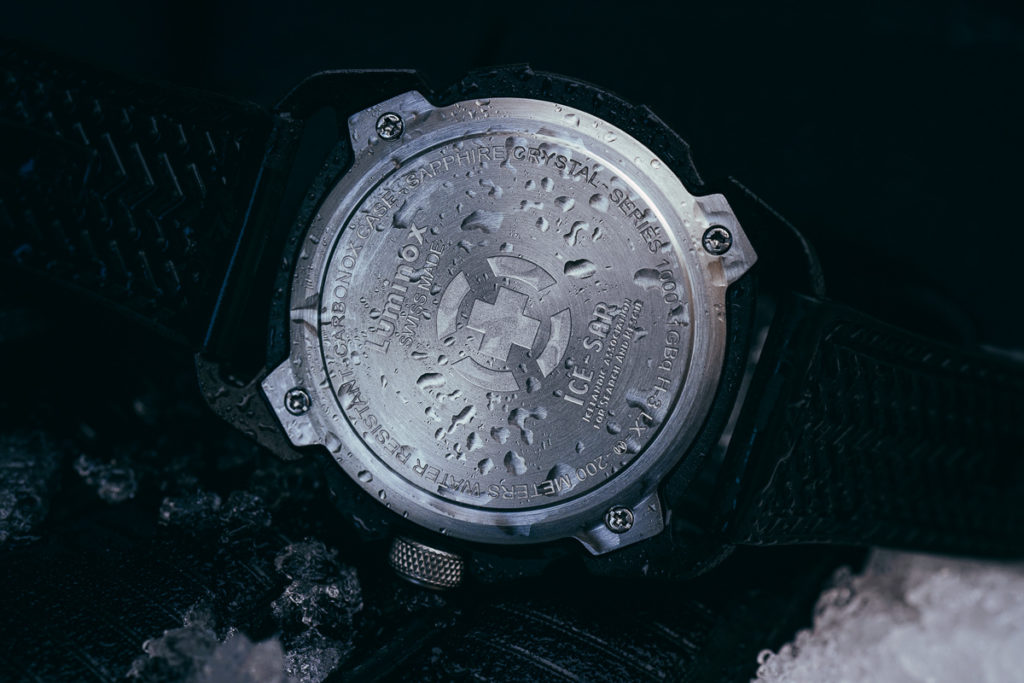 The rest of the watch itself maintains other signature elements for Luminox, namely the Swiss Ronda 515 quartz movement with date, sapphire crystal, a screwed-on stainless steel caseback, and a grippy, oversized crown which doesn’t screw down, but it’s backed by two O-rings, ensuring 200 meters of water resistance for the watch. The dial is also fitted no fewer than 14 gaseous light tubes, which can be expected to glow steadily for around 25 years before needing replacement. That always-on legibility is particularly critical in a country like Iceland, where winter daylight amounts to only four or five hours before darkness returns. 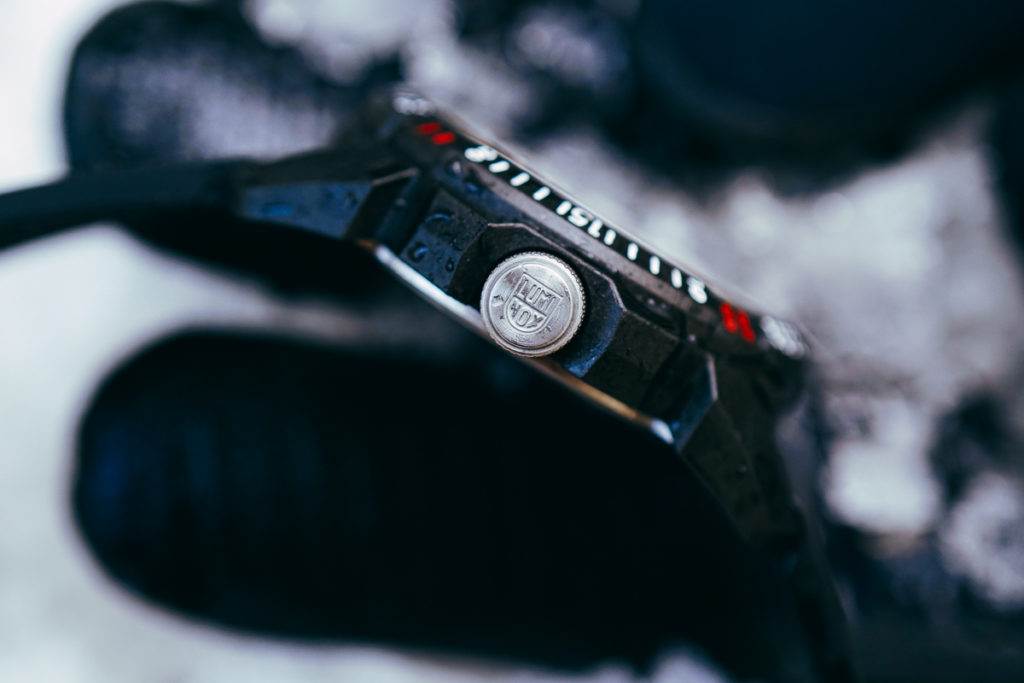 Before it was officially formed as a volunteer organization, ICE-SAR’s first rescue mission informally took place in September of 1950, when a group of well-equipped Reykjavík locals and a local alpine club coordinated efforts to retrieve survivors of a doomed Iceland-bound flight from Luxembourg when it crashed into a remote corner of Vatnajökull, the biggest glacier in Iceland. Against all odds, and even well after local newspapers had printed the obituaries for the flight crew, the rag-tag team brought them all home, while also rescuing a crashed American military ski plane and its search party in the process. Over the course of the next seventy years, ICE-SAR has evolved into a highly trained machine, and a well-oiled fixture in the modern Iceland landscape. 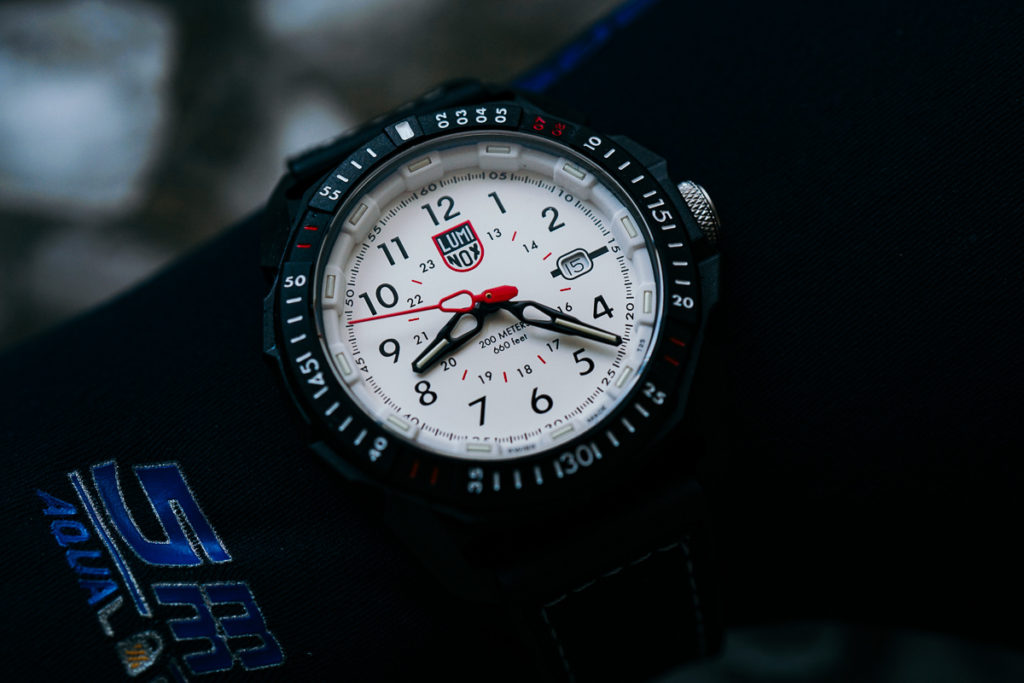 Unlike the rest of the offerings in Luminox’s land-sea-air collections, the Arctic edition is neither field, nor diver, nor pilot watch, but that’s ok, as it seems to be built simply to perform in any given scenario – particularly in cold-weather environments, given the ICE-SAR partnership. But with that in mind, it could be easily argued that there’s a place in every collection for a watch like this, where you’re hustling out the door on some impromptu adventure in the woods and whatever you grab off your desk needs to be running, relatively inexpensive, and capable of shrugging off any abuses that could arise in the event of an *ahem* ‘water landing’. 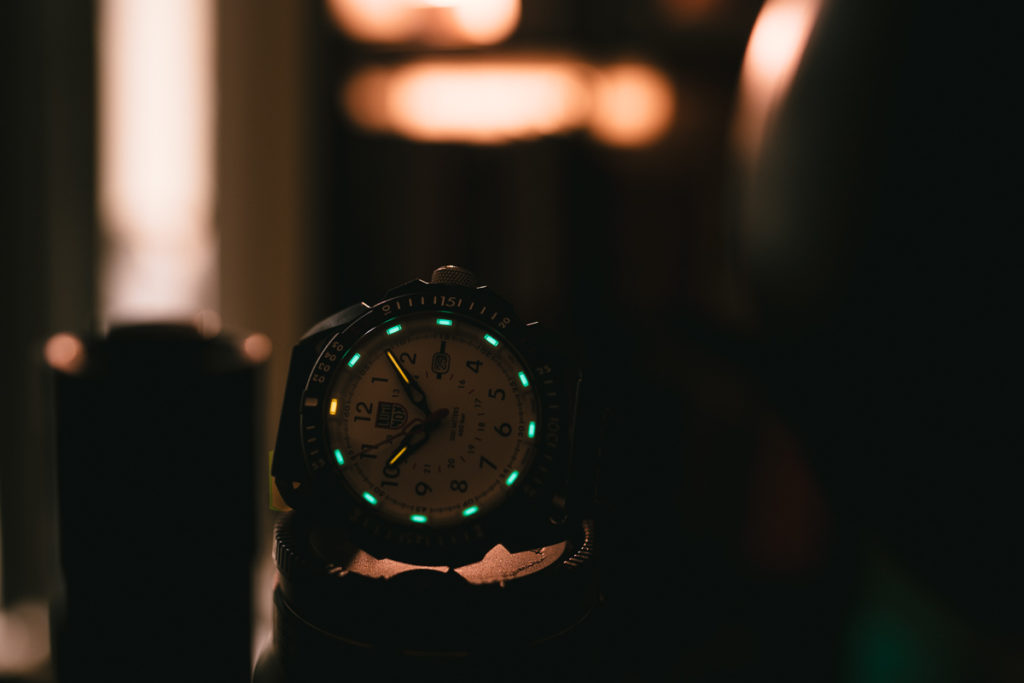 Luminox isn’t the only brand that makes these sorts of hyper-rugged looking quartz watches with tritium illumination though – I’ve long enjoyed Marathon’s bulletproof stainless steel TSAR watch favored by various military and government agencies, as well as the classic Officer Pro from Traser (the house brand of MB Microtec, the company who actually manufactures all the tritium tubes used by most of these watches). But if it’s the slightly more aggressive and oversized case styling that you crave, Luminox is certainly the way to go here. The official price of the ICE-SAR Arctic 1007 watch is $445. You can learn more about the Arctic 1000-series watches over at luminox.com.