In November 2019 aBlogtoWatch broke news that the large luxury conglomerate LVMH has secured a deal to acquire Tiffany & Co. Today on June 4th, 2020, LVMH seems to have canceled the deal. As such, it appears that New York City-based Tiffany & Co. will remain independently owned. Tiffany & Co. had seen falling revenues but the company was still relatively strong with a healthy number of retail doors and a brand with a high level of equity. The LVMH deal would have purchased Tiffany & Co. for $16.2 billion.

In a short statement from the Paris headquarters (and with no mention of LVMH chairman Bernard Arnault), LVMH reports that its board met on June 2nd, 2020 and made the decision to rescind their offer to purchase Tiffany & Co. The reason? LVMH points to “the development of the pandemic and its potential impact on the results and perspectives (they may have meant “prospectives”) of Tiffany & Co.” This is LVMH saying that they believe Tiffany & Co. will not be a good investment given the current world order. That may be true, but investors would also probably point to the fact that LVMH was going to leverage its shares as part of the value of the Tiffany & Co. acquisition, and with share prices and revenues not looking rosy for the next few years, it felt that it could not safely afford to purchase Tiffany & Co as this time. 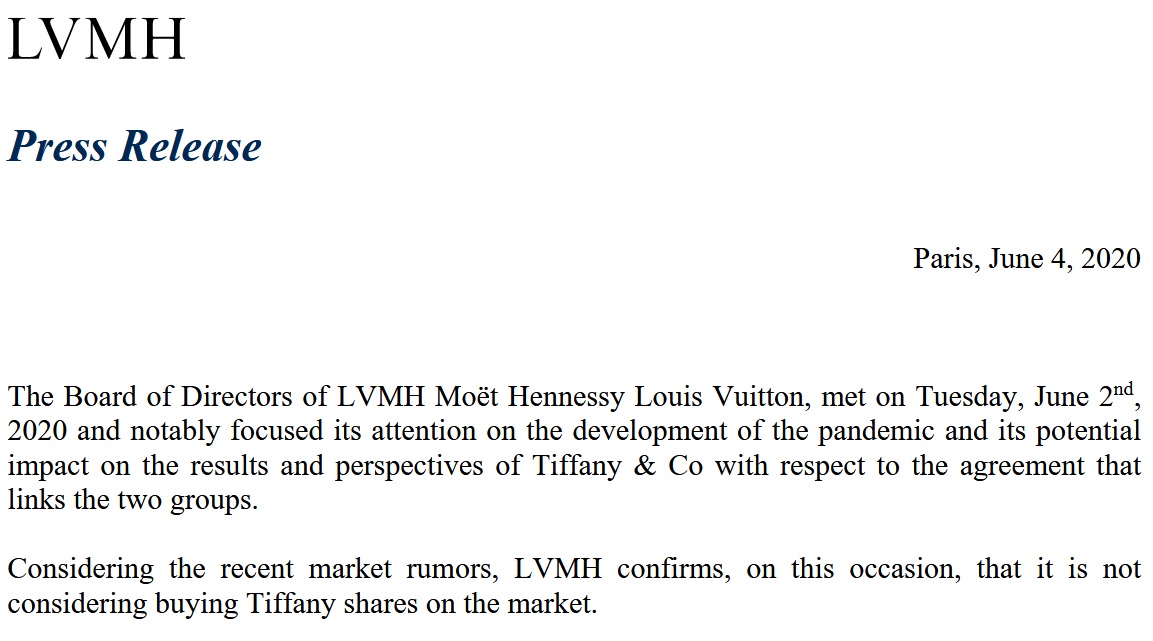 In any event, LVMH is apparently planning ahead for a few seasons of lower than hoped-for profits in its sector given luxury market uncertainly around the entire globe. That isn’t actually to suggest there isn’t going to be a resurgence in luxury spending soon, but rather that risk-averse groups who are publicly-traded such as LVMH, can’t make enough sense of global economic data to predict anything they feel is reassuringly positive. Indeed, the near-term future for most markets, namely the luxury market will be highly unpredictable.

Tiffany & Co. currently produces an assortment of wrist watches (I happen to be a big fan of many of them) in addition to its diverse catalog of other products which includes is popular jewelry collections. Tiffany & Co. most recently tried to combat lower awareness among younger buyers by releasing a slew of new product categories (such as home decor – yes, I know they once made lamps) and by releasing internet-first marketing campaigns aimed at female consumers. Tiffany & Co., like many legacy names in luxury, still has a long way to go before being as hip with the kids as the company would like. 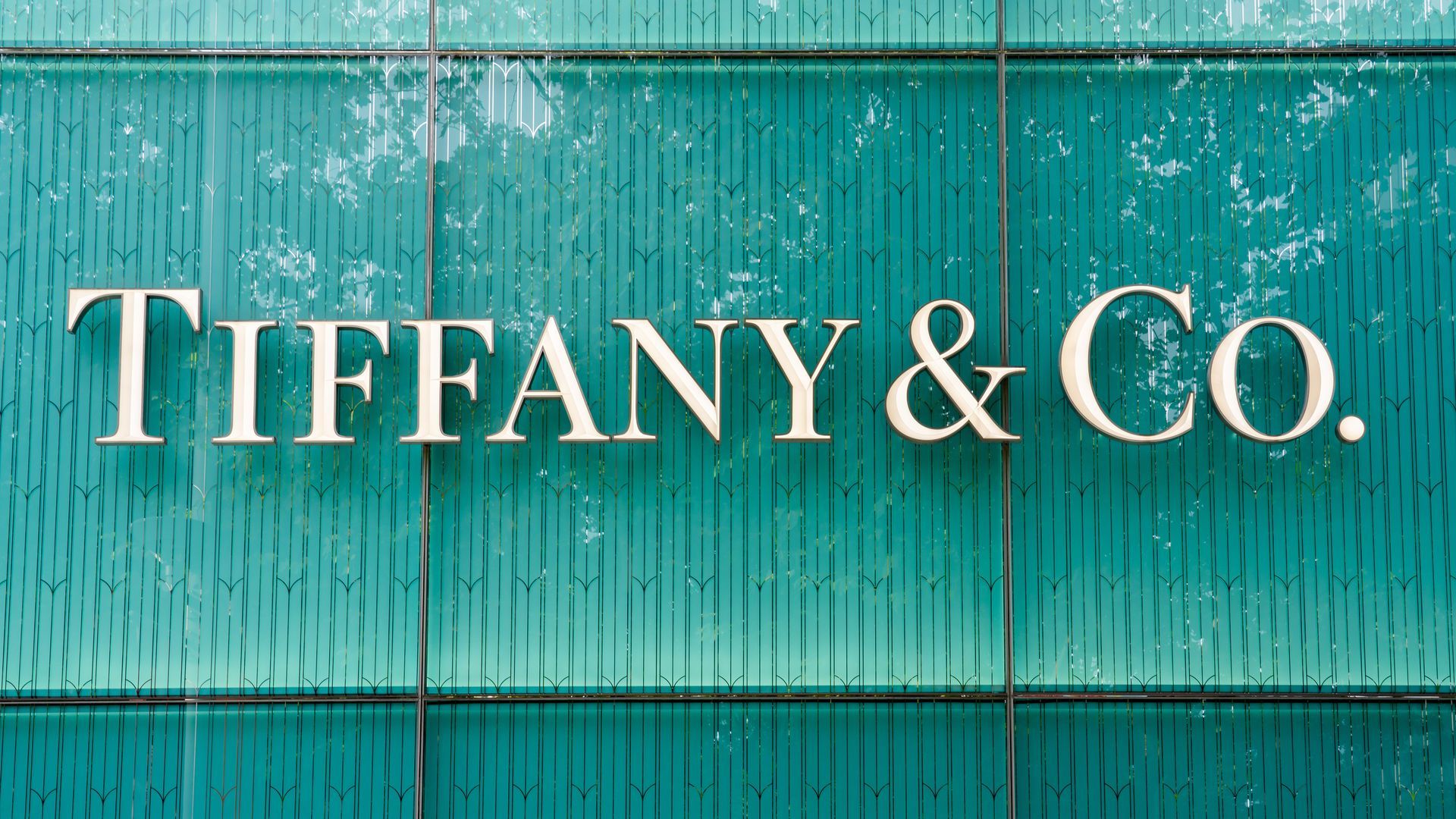 With six months of anticipation that they would be purchased, it is challenging to predict how Tiffany & Co. managers responded to the news of the LVMH acquisition deal falling through. If anything, it puts control of the company’s future back in the hands of Americas, and preserves Tiffany & Co. as the last legacy American luxury brand. Before it, in 2013 once-American Harry Winston was purchased by Switzerland’s Swatch Group (who also had a short-lived relationship with Tiffany & Co. to produced wrist watches for them).

Tiffany & Co. likely had to put a lot of projects on hold while in anticipation of the company acquisition by LVMH. With the uncertainly of a post-pandemic world, and being headquartered in a city currently undergoing serious protests that threaten any near return of high street shopping, Tiffany & Co. is going to have a challenging next few months as it tries to reassert a strategy and finagle the resources to then deploy it.

LVMH may return to acquisition mode when the market returns, but in general I think the luxury market is healthier with more independently-owned (i.e. agile) companies that keep the big groups on their toes. LVMH already owns a number of jewelry and watch brands including (but not limited to) Louis Vuitton, Dior, Chaumet, Hublot, TAG Heuer, Bulgari, and Zenith.

LVMH is generally cash-rich and well-positioned, but I fully expect it (like other luxury groups) to brace for chaotic market conditions and shifting consumer behavior/tastes. Tiffany & Co. for example was highly invested in physical retail locations – something that until recently made it a ripe choice for purchase. In a pandemic world where so much marketing and sales are happening online, Tiffany & Co. is relatively weakly positioned despite high brand awareness with global consumers. LVMH may very well seek less expensive brands to buy who are more closely aligned with digital natives. aBlogtoWatch will continue to monitor the developing relationship between Tiffany & Co. and LVMH, and the next steps of each of the respective companies.