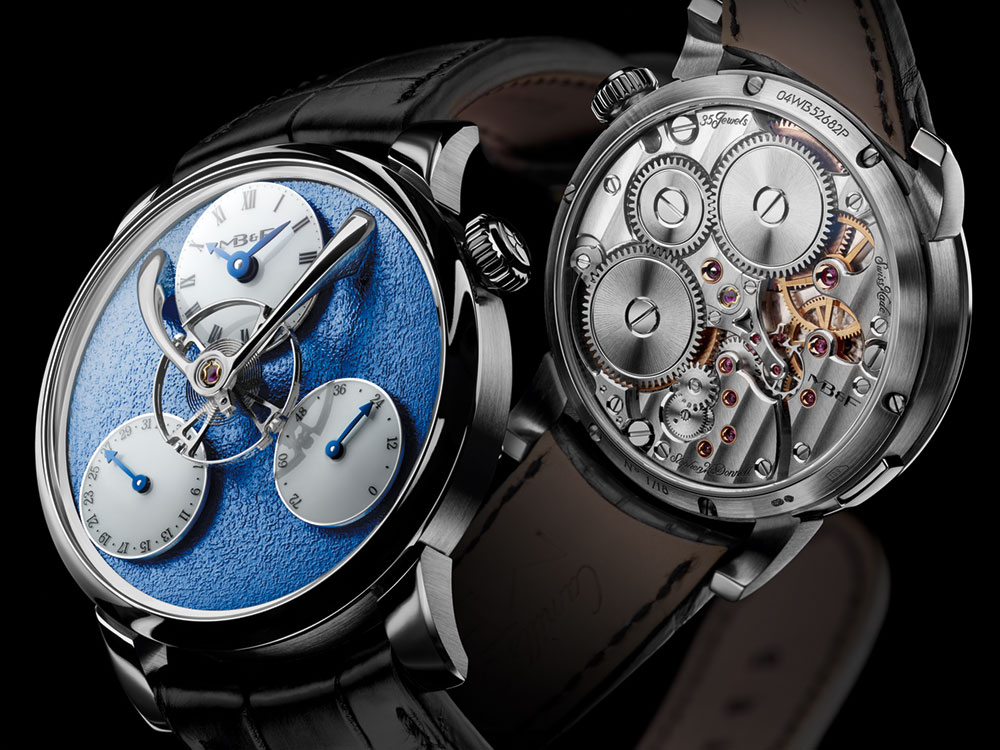 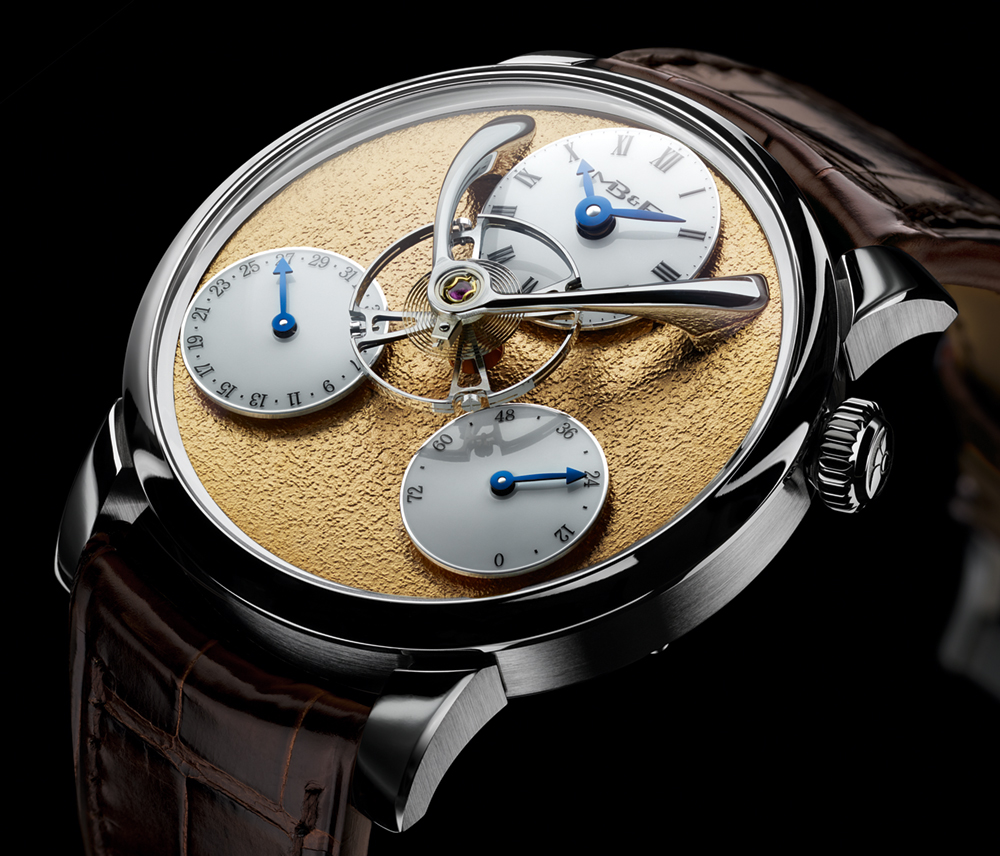 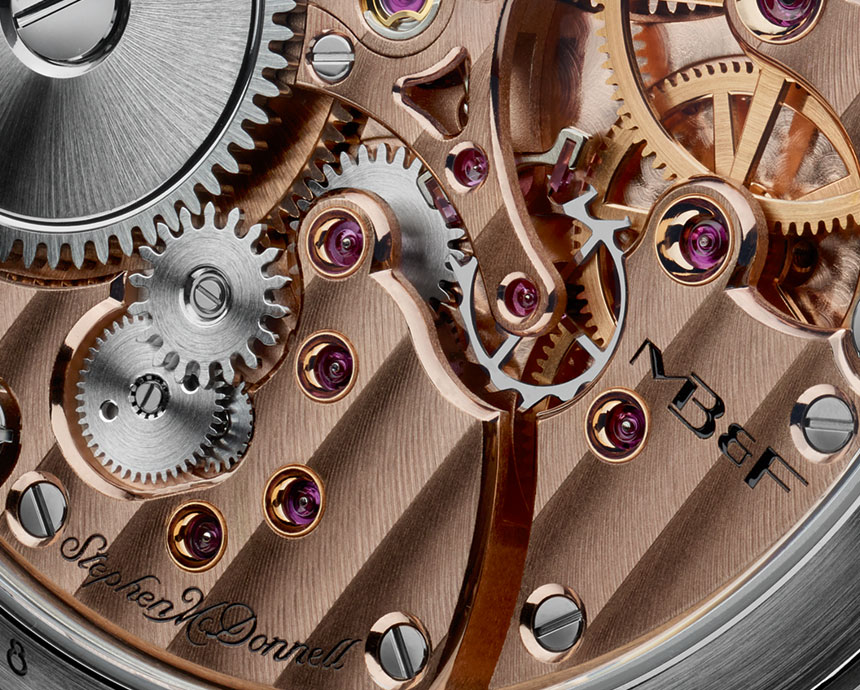 MB&F once again worked with the talented watch movement designer Stephen McDonnell for the Legacy Machine Split Escapement. His technical and aesthetic prowess was proven in the MB&F Legacy Machine Perpetual Calendar (hands-on here), and the “Split Escapement” system was actually more or less developed in the movement McDonnell created for the Perpetual Calendar. For practical reasons, he needed to separate the balance wheel and hair spring from the anchor on a lot arbor. This has the practical effect of having the oscillating balance wheel on one side of the dial, and the anchor and escapement wheel on the other side. 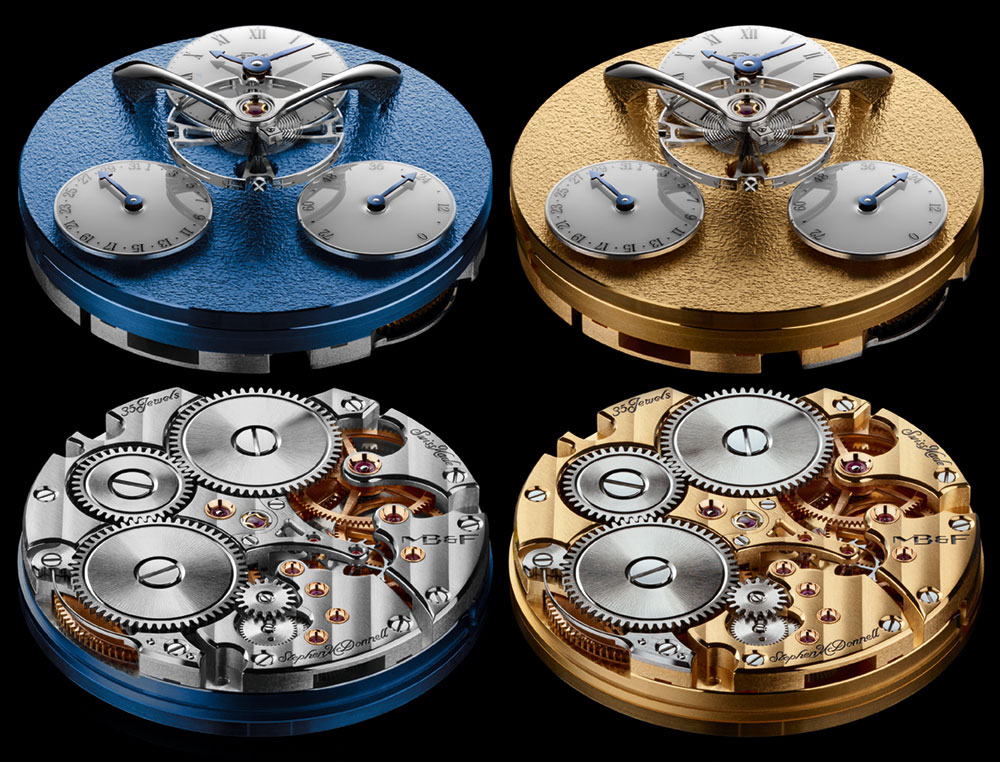 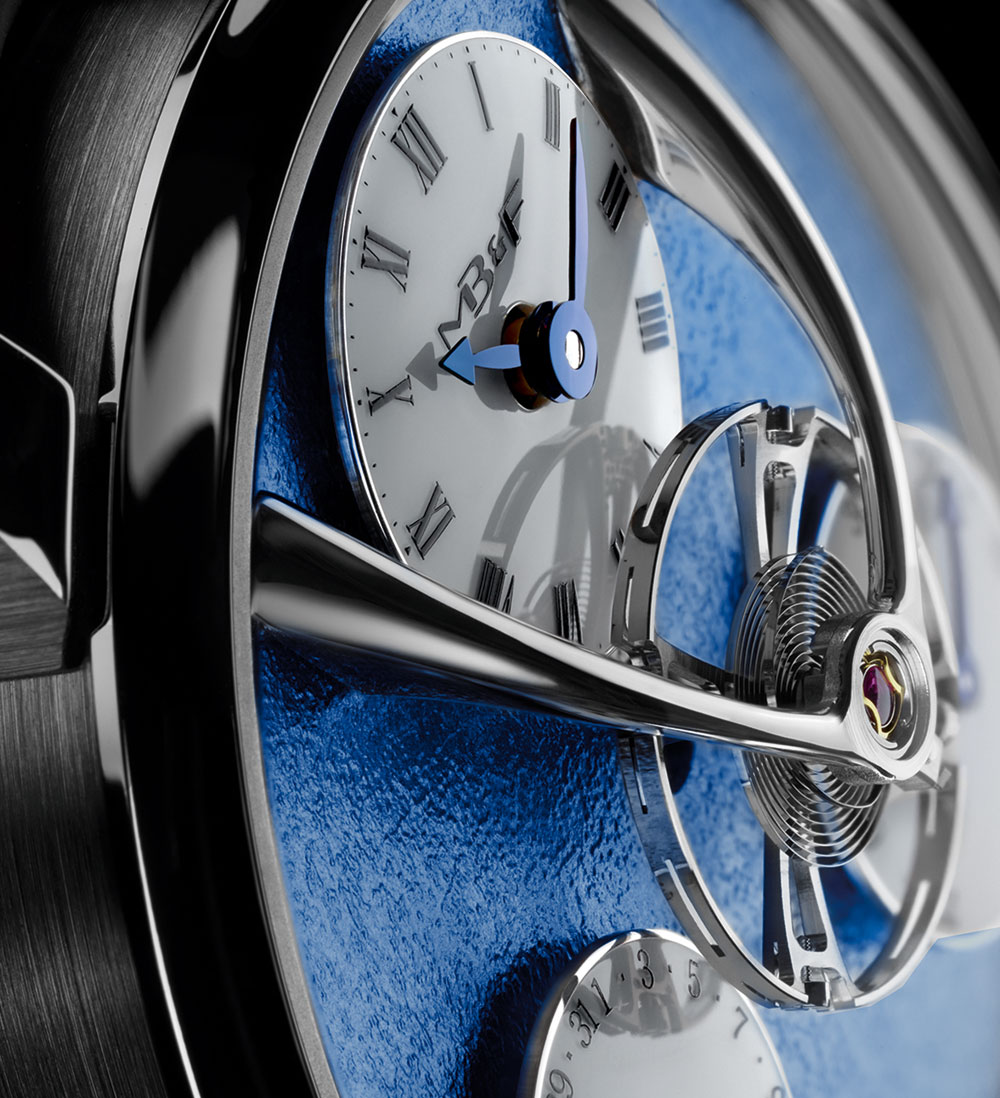 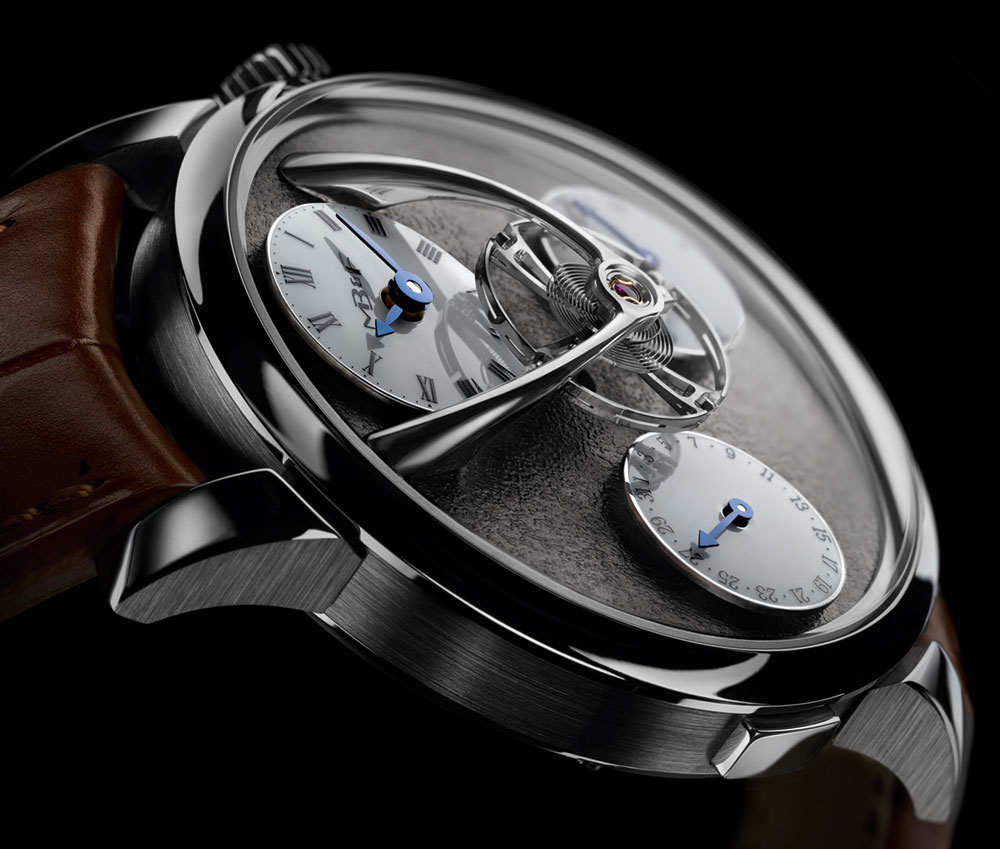 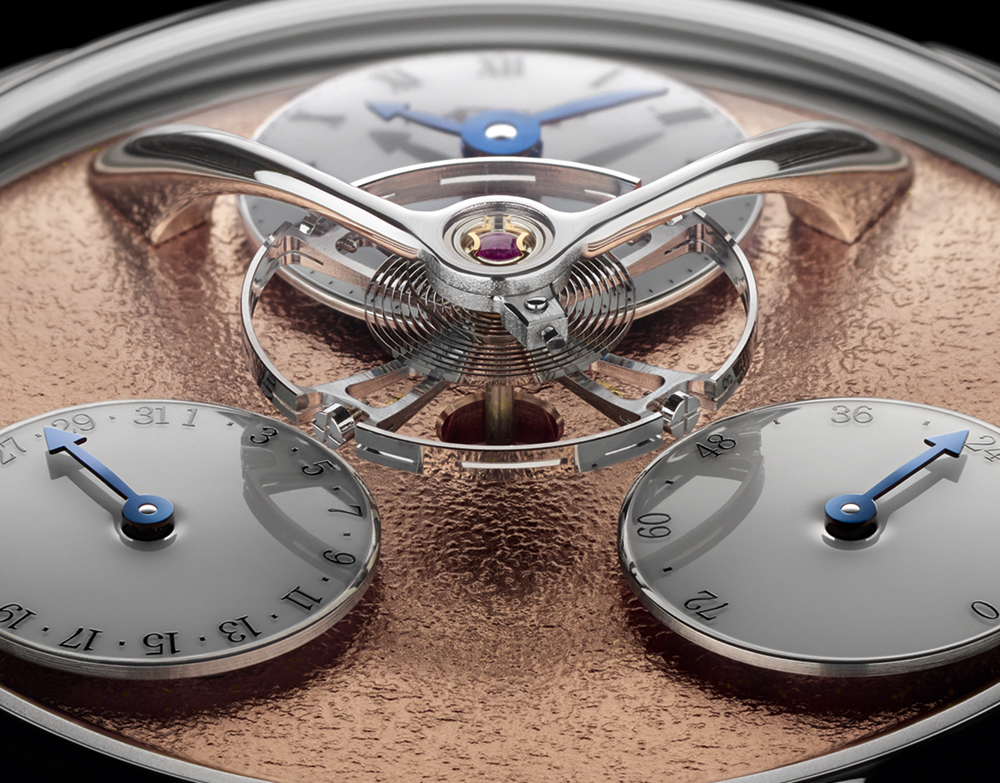 The Legacy Machine Split Escapement benefits from aesthetic upgrades to the Legacy Machine introduced only recently and late into the production run of the LM1. This includes things like a polished bezel as well as a rounded and polished design for the balance wheel bridge. MB&F further chose to use their fancy “frosted” dials for these debut Legacy Machine Split Escapement watches. It is a technique we’ve seen before such as in the LM101 Frost (hands-on here). The frosted faces are an attractive background for the three sub-dials on the the main dial, as well as the suspended 2.5Hz frequency balance wheel mechanism. 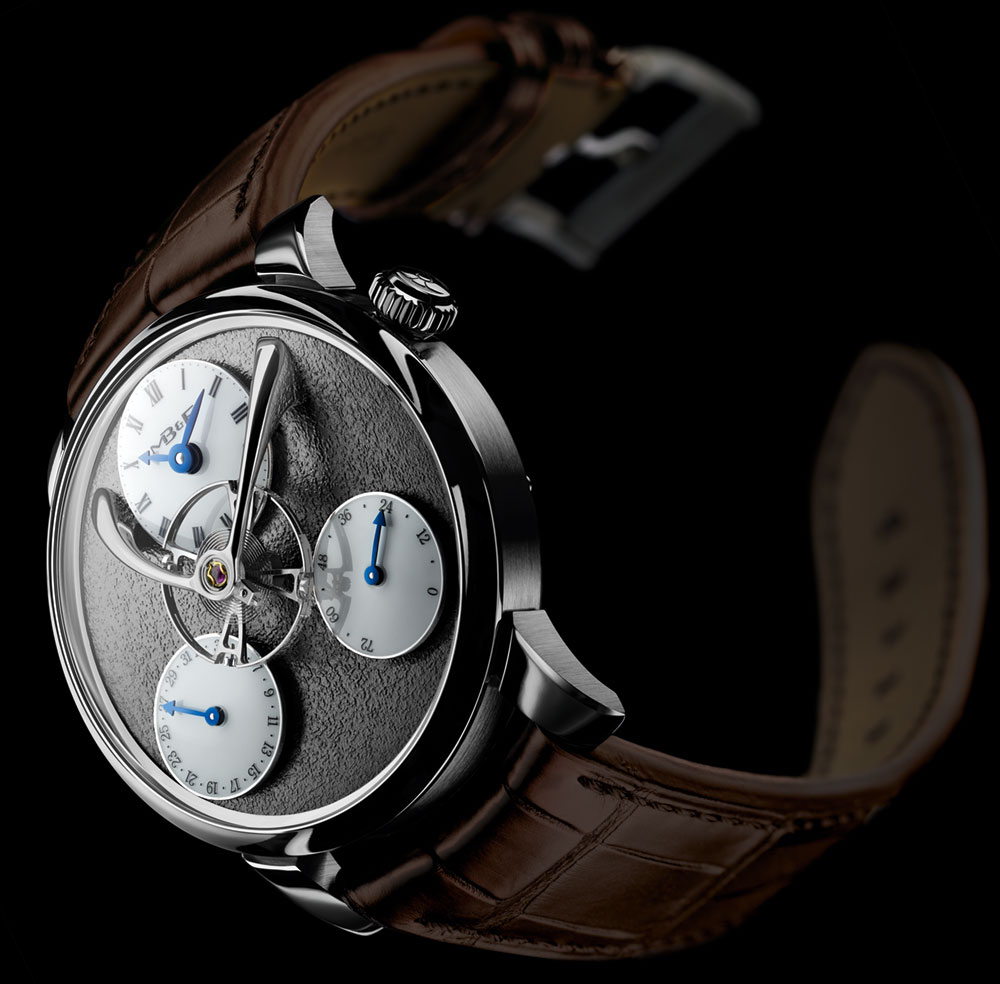 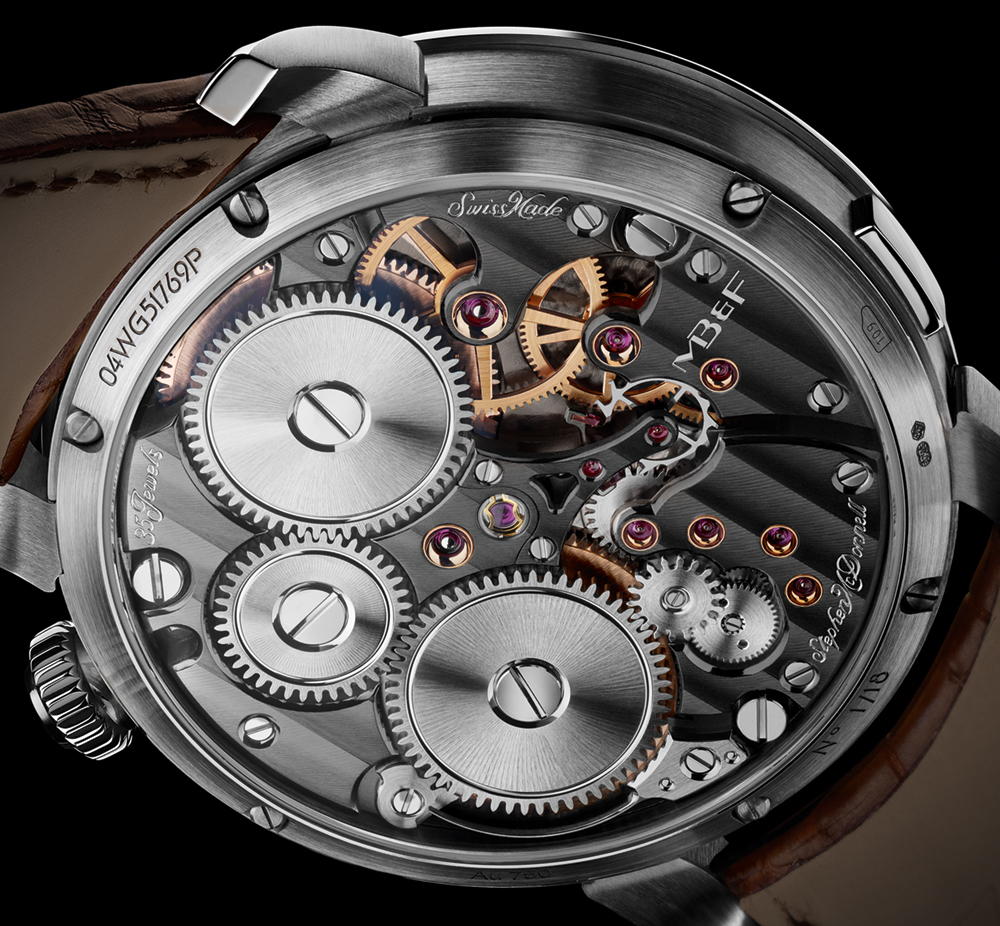 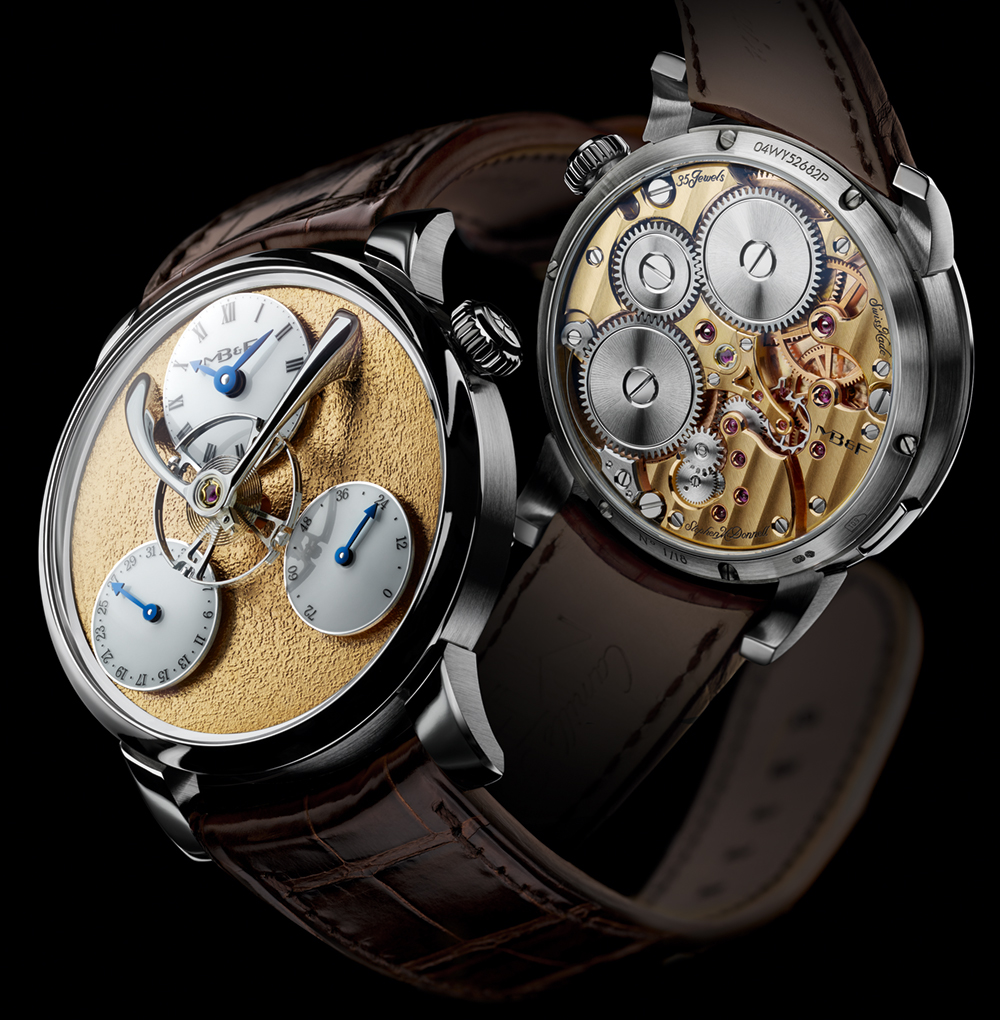 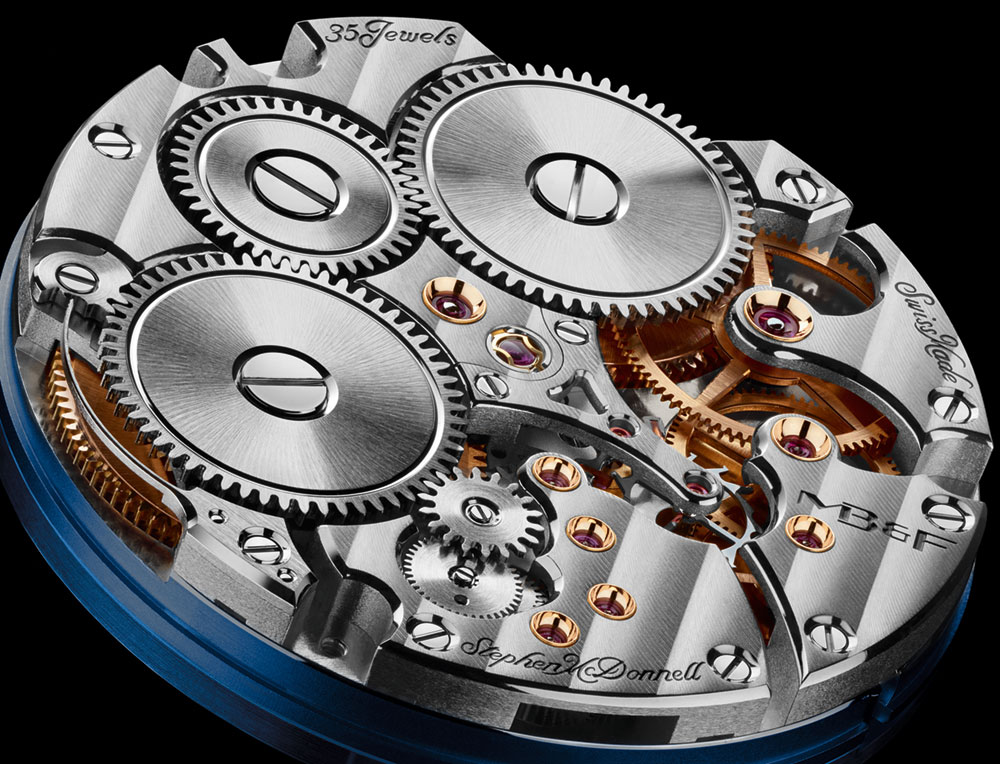 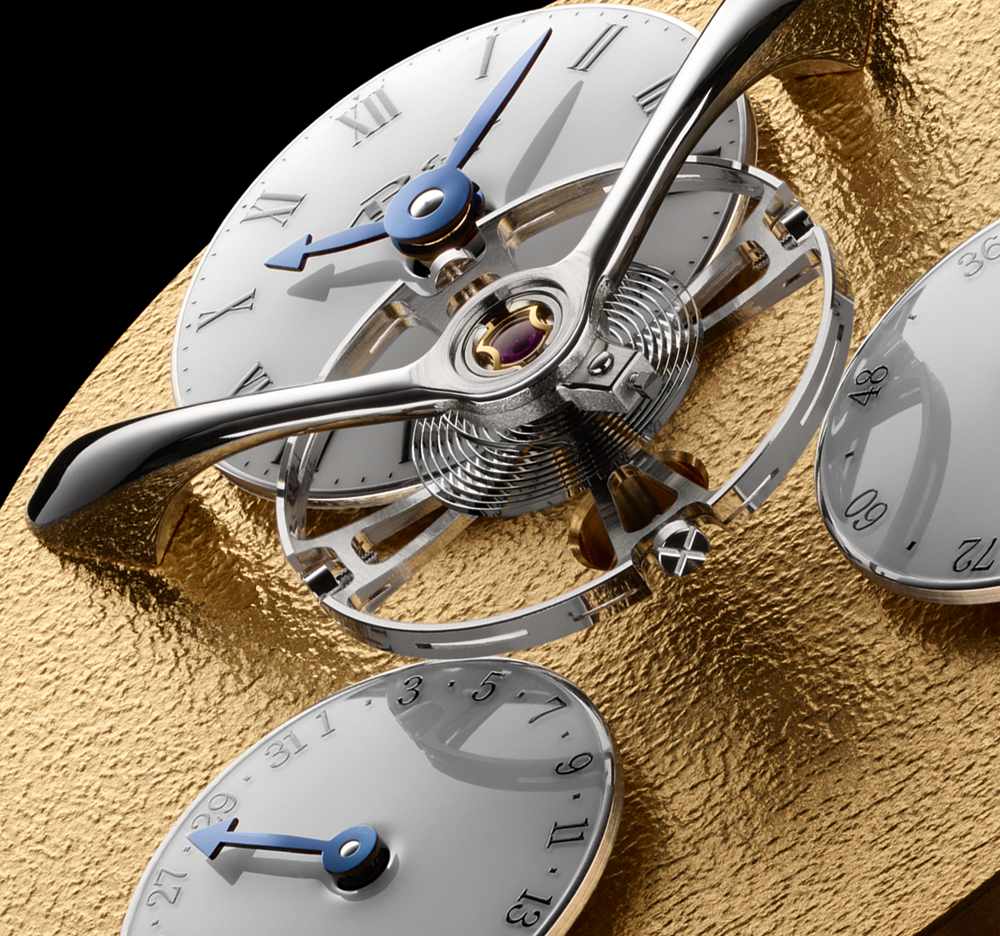 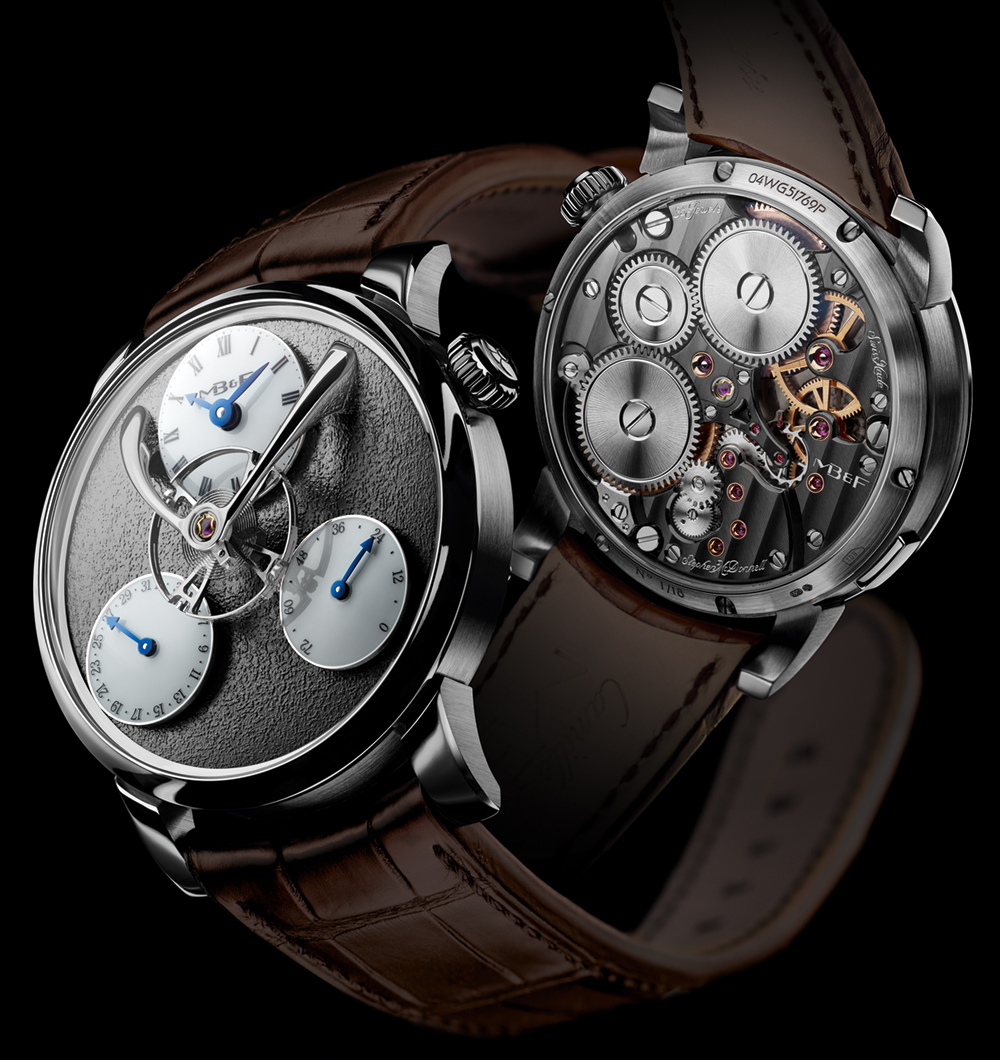