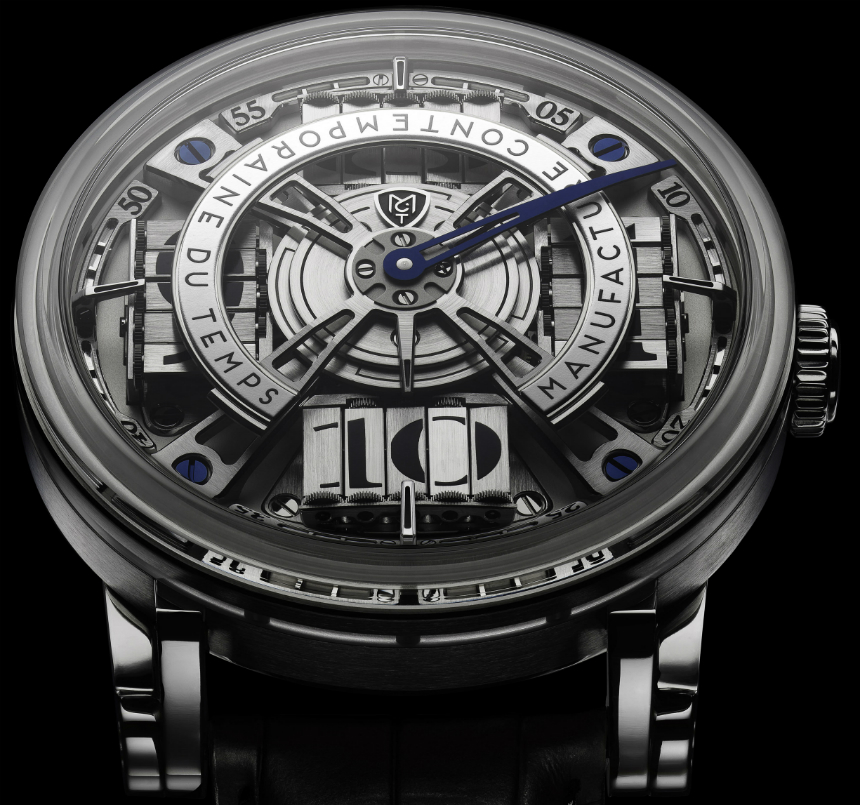 When it comes to the schools of daring, avant-garde watchmaking, MCT (for Manufacture Contemporaine du Temps) might not be the first name that comes to mind, but it probably should be on the shortlist. Just in time for Baselworld 2016, the brand has dropped details on the MCT Sequential Two S210 – the latest evolution of 2009’s wild Sequential One, that delivers on the same rotating shutter-based hour display, but adds a new titanium case material and some vast improvements to legibility and overall wearability. 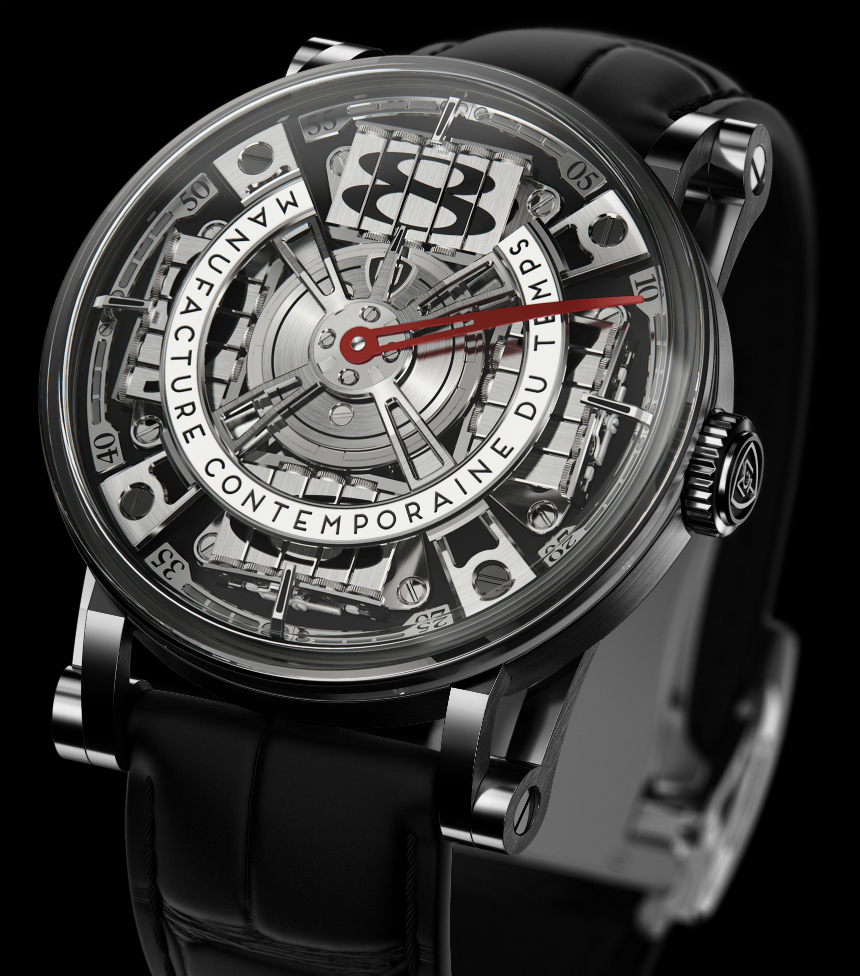 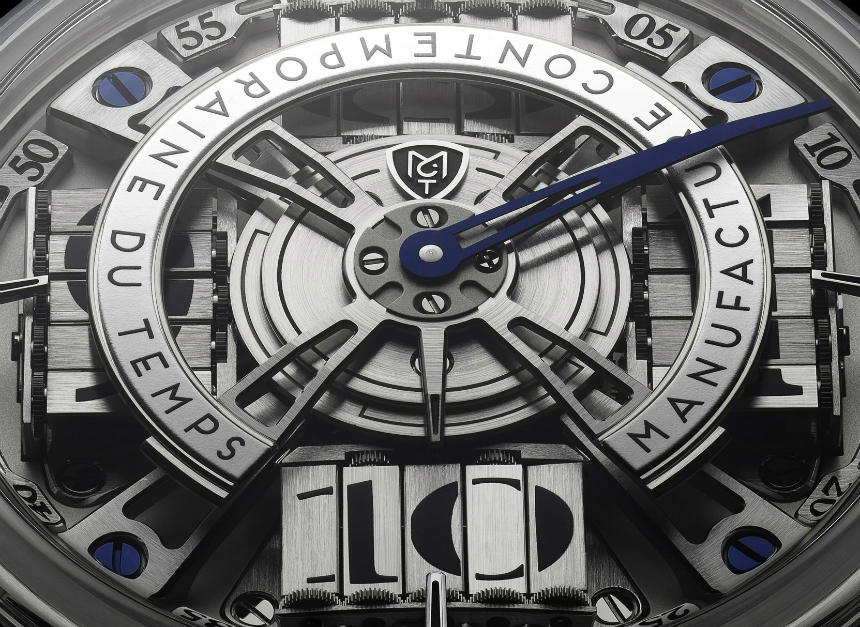 While MCT might invite the inevitable comparison to exotic watchmaking names like MB&F or Urwerk, what makes the MCT Sequential Two so compelling is that it’s still somewhat grounded in traditional, fully vertically-integrated Swiss watchmaking. I like to think of the MCT Sequential series as a cross between a traditional high-end mechanical watch and an avant-garde, “out-there” brand like Urwerk. You get the same exquisite movement finishing and attention to detail from the former, wrapped in an über-complex industrial design from the latter that, once understood, makes for markedly easy time telling.

Basically, the minute hand functions like it would in most any other watch, but the hours are told through the rotating “C” central disc on the dial. It moves 90 degrees counterclockwise each hour to a new louver. With four louvers, each of which carry three figures through 5 rotating prisms, we have 1 through 12 for each hour. So, in the above two images, the upper image tells us the time is 8:10 while the lower image is giving us the time of 10:10. 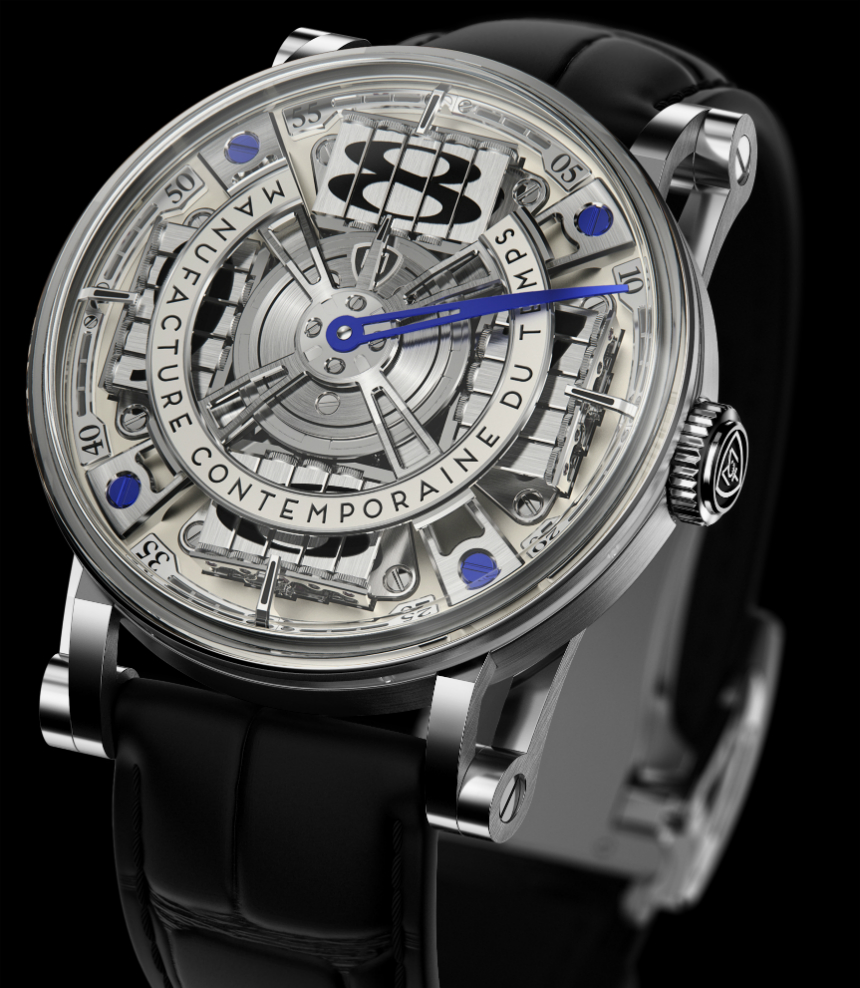 The MCT Sequential Two S210 is the second iteration of the Sequential Two series – the first appearing in a rounded case in rose gold a short while back as the S200. This time, all that gold is traded for an extremely cool grade-5 titanium construction that lends the watch a more daring, steely appearance. The titanium also introduces an entirely new dynamic of matte, brushed, and polished intricacies which sharply contrast the dial’s angular architecture – like some steampunk art installation set against the backdrop of a futuristic Asian metropolis. Yet despite all that complexity, the MCT Sequential Two S210 lacks any specific “complication,” by horological definition, displaying only the hours and minutes through the large, heat-blued minute hand and the sets of rotating shutters that indicate the hours in the 12, 3, 6, and 9 positions. 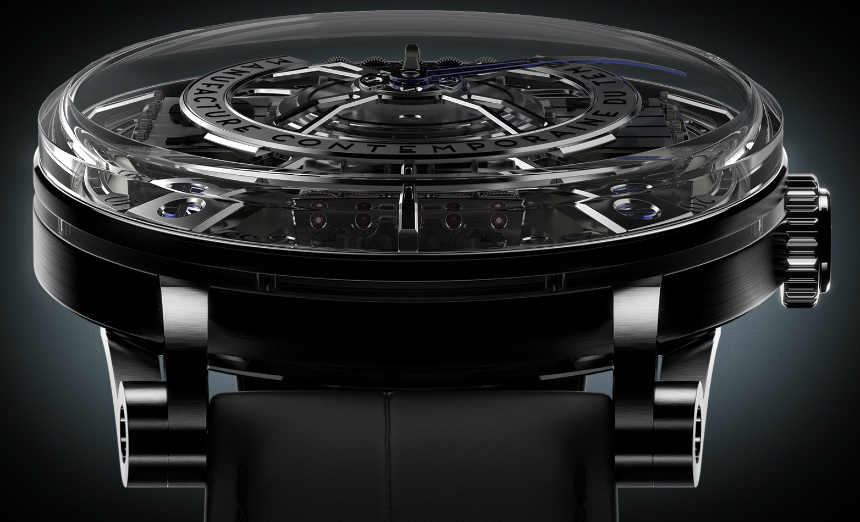 Also unchanged from the S200 is the case design – a round 46mm with downward-turned lugs for comfort. The movement behavior is also the same, where the minute hand makes a full 60-minute rotation in 360 degrees around the dial before the C-shaped “Manufacture Contemporaine du Temps” ring snaps 45 degrees to reveal the next hour through its aperture, while simultaneously obscuring the other three sets of shutters. Despite the MCT-S2.0 being a time-only caliber designed exclusively in-house by MCT, it’s still an extremely cool execution that’s equally cool to behold through the watch’s sapphire glass, front and back. But perhaps what best illustrates the impressive micromechanics of the 2.5Hz, micro rotor-powered MCT-S2.0 movement are its 654 individual components – 89 of which are jewels. 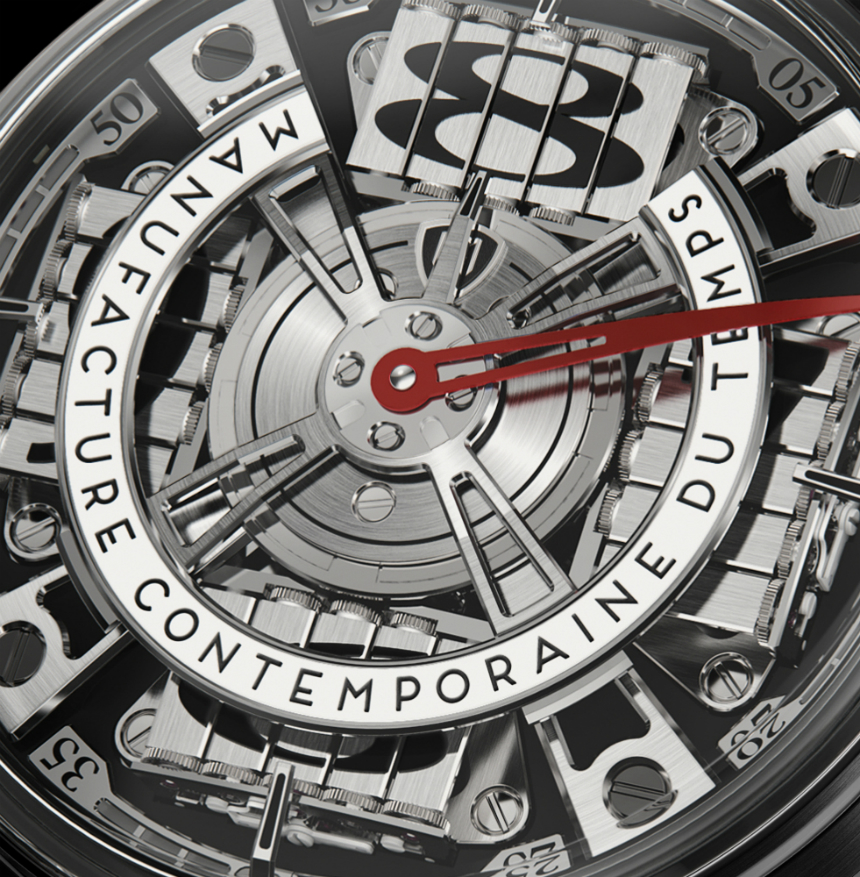