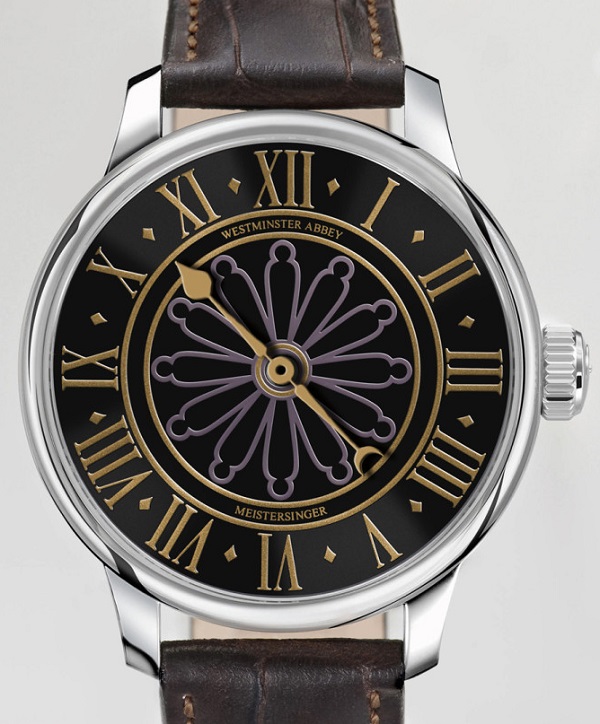 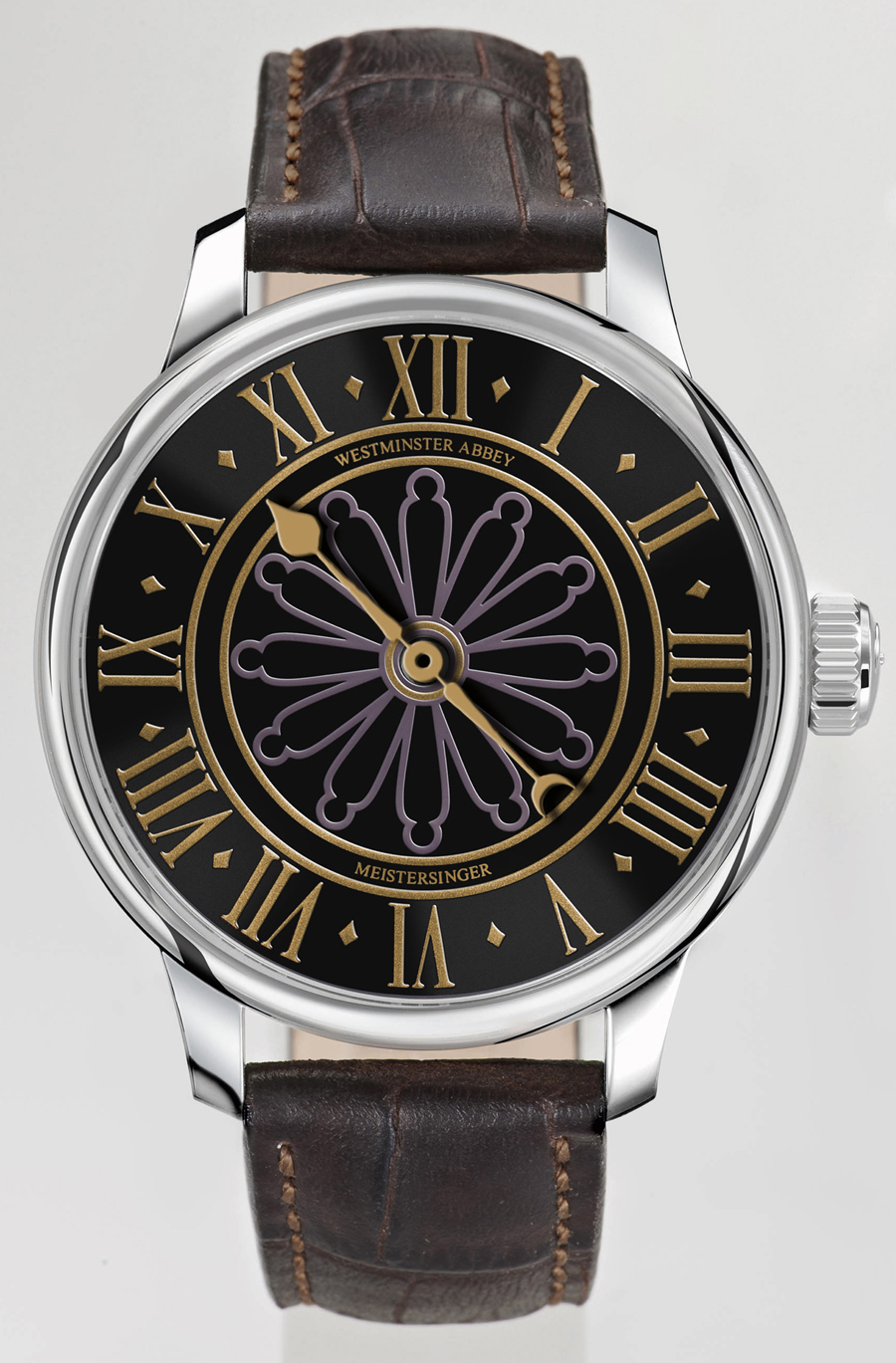 For the 60th Anniversary of the Queen’s coronation this year, Meistersinger will release a limited edition single hand watch based on the clock at Westminster Abbey in London.

Now before I carry on, I believe that I need to make some clarifications for you, our international audience.

Say the words “London” and “Clock” and what comes to mind to most people is surely Big Ben. That is the name used by many people to describe the most famous and very well photographed clock tower in London. Though “Big Ben” is actually the bell inside of the tower. Any movie that wants to establish location in the UK will almost always use Big Ben in the background. In fact, if you have been to London, this will probably be on your list of places to visit. This works much the same say, as if you were to go to Paris, with the Eiffel Tower, or New York, with the Statue of Liberty.

So, this new Meistersinger watch that is based on a clock in London is not based on Big Ben. Instead, the basis for the design of the dial of this watch is on one of the clocks on the north western tower of  Westminster Abbey. 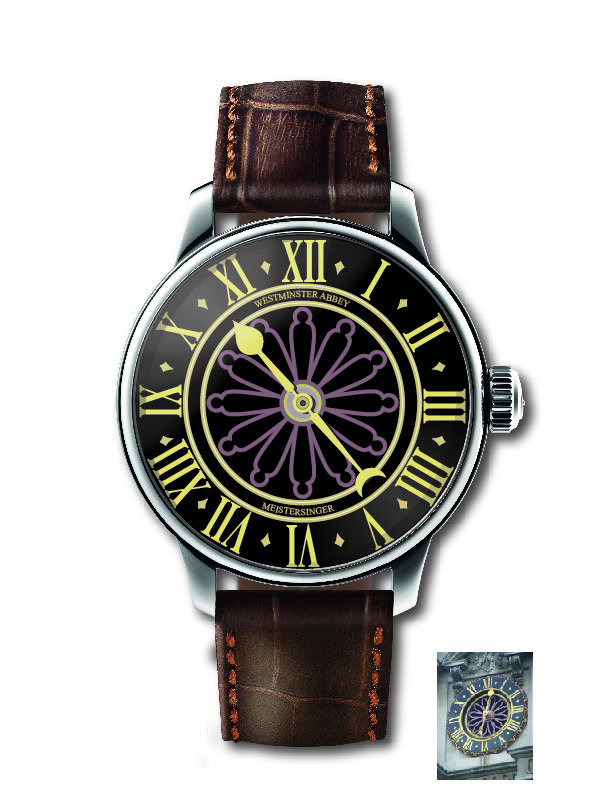 Don’t know which is which?

Well, say you’re in London standing across the road looking at the west face of Big Ben. Just take a walk up along the street, away from the river and you will see Westminster Abbey, a bit of a distance behind Big Ben. It is the large Gothic cathedral there, recognizable by the flying buttresses like the ones on the Notre Dame in Paris. Walk towards the cathedral, then along its perimeter, until you come to the main entrance. At the two towers of the entrance, you will find the clock you will be looking for. It is the one on the left. 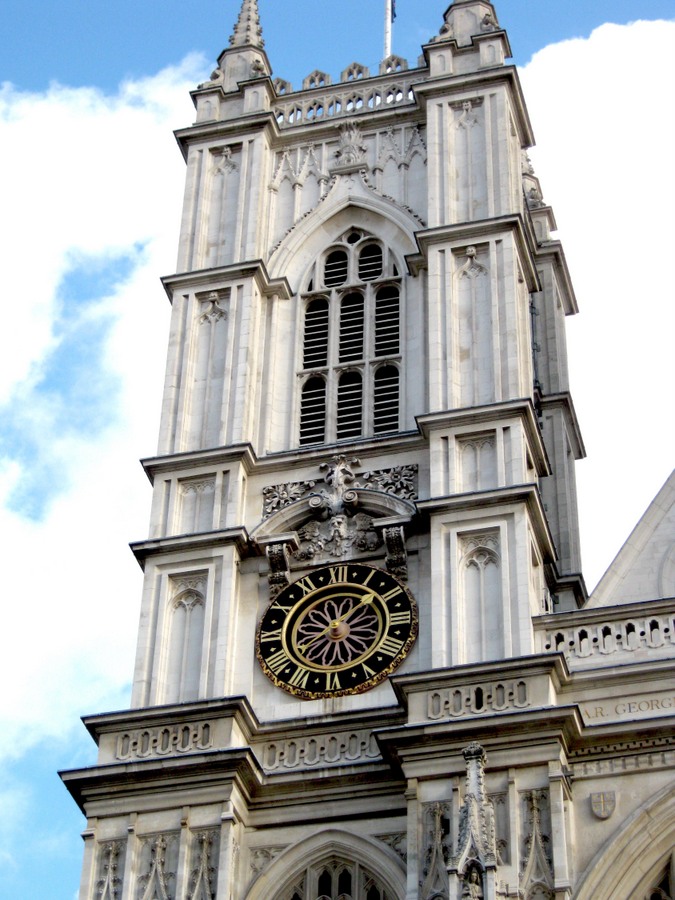 Now, Westminster Abbey may not have the kind of worldwide recognition that Big Ben has, but it is significant all the same. In fact, it is likely that you would have seen it before on TV but didn’t know it. It has been the site of many significant events of the British Monarchy, Coronations, Royal Weddings, State Funerals to name a few. In fact, if you remember the Royal Wedding of Prince William and Kate Middleton last year, that took place at Westminster Abbey.

This limited edition watch was created to celebrate the British Queen’s coronation in 1953. Inside you’ll find the ubiquitous hand wound Unitas movement with a sapphire case back, and everything else much like you’d expect from a standard Meistersinger.

It is only on the dial-side that you will see the main differences. The dial is a regal purple with gold markers and a single hand that is like no other single hand I have seen on a watch.

Do note that this watch is only for the UK market, and is limited to 60 pieces only. Price is an appropriate, as some might say at 1,953 GBP. meistersinger.net