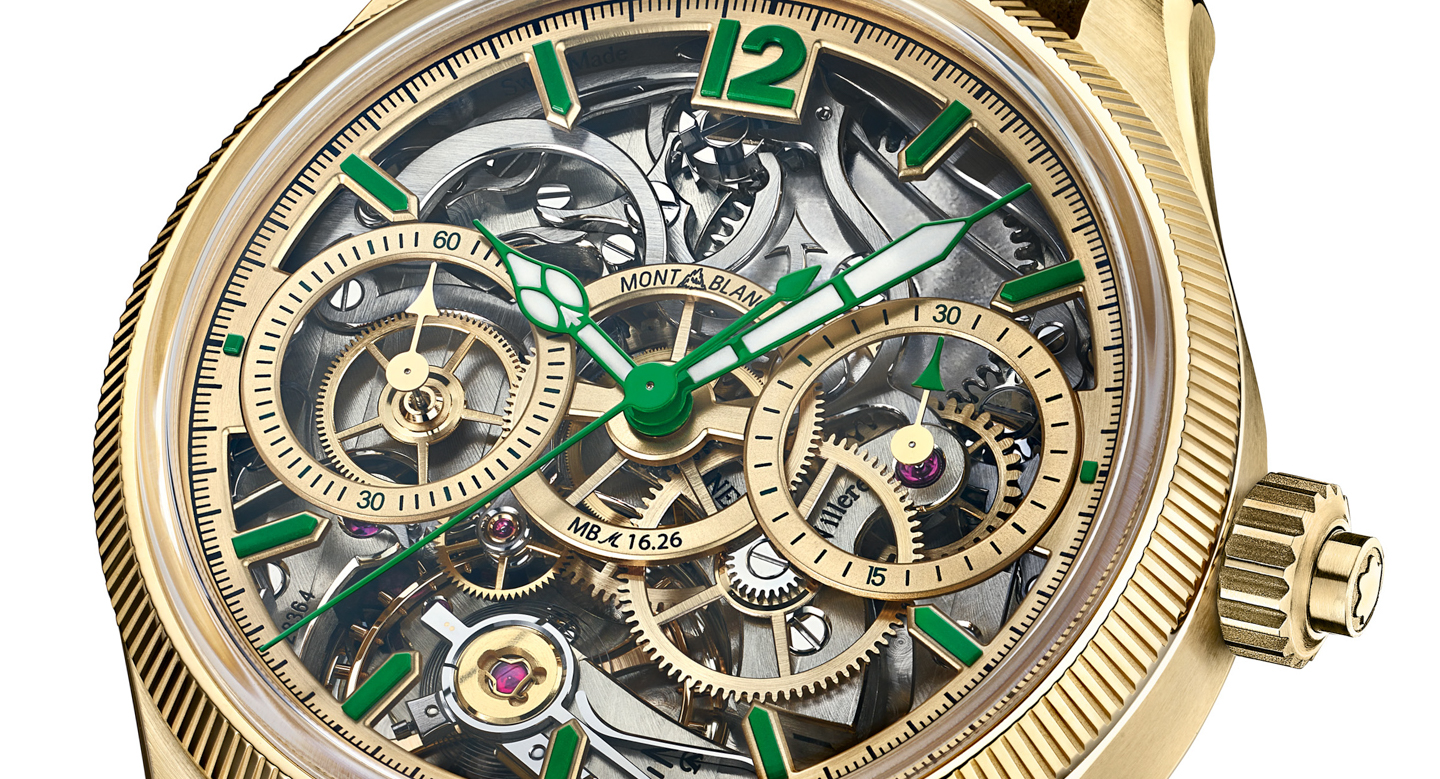 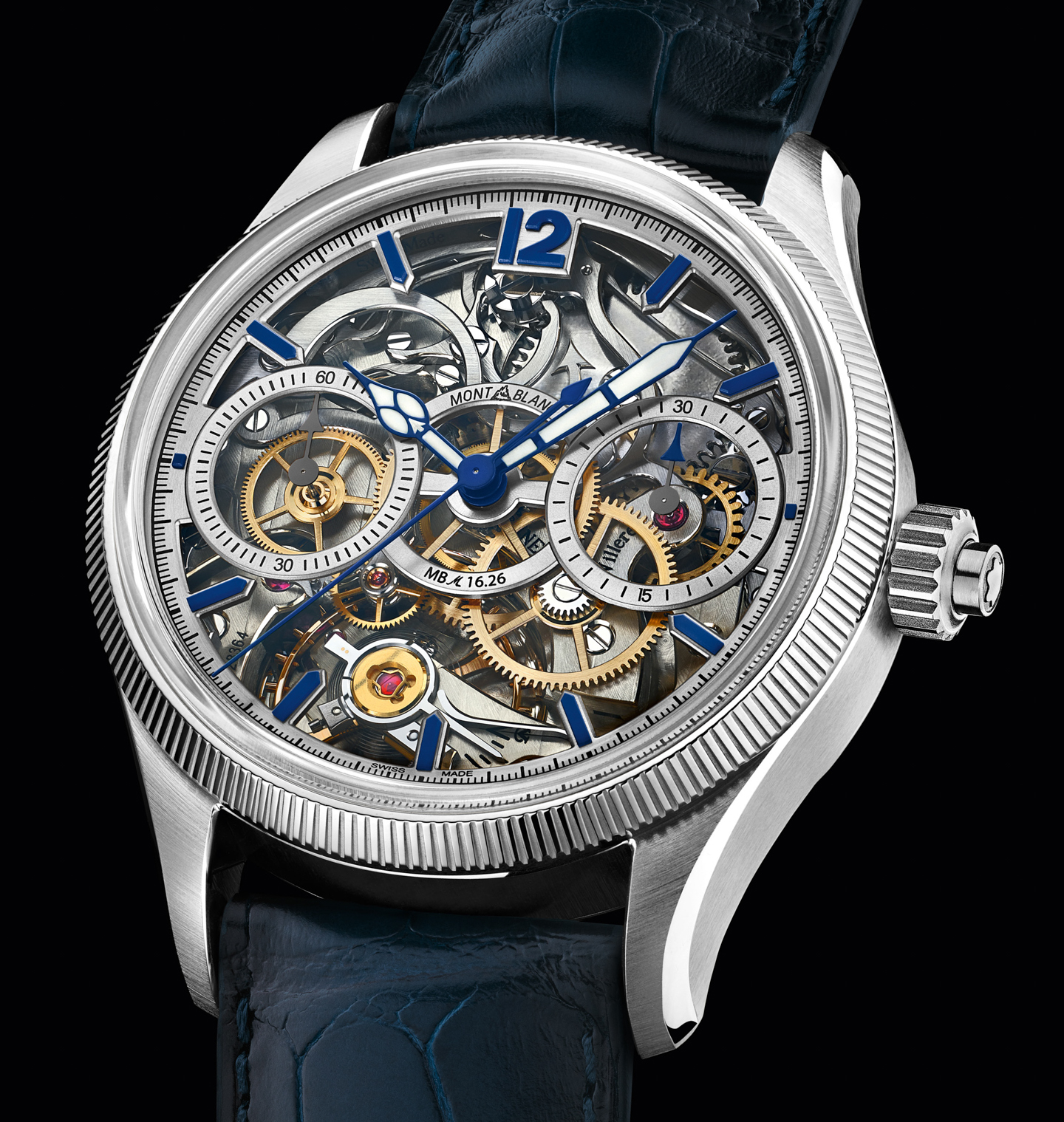 Apparently, this is the first open-dialed Montblanc Minerva watch so far. That’s interesting because, over the last few years, every high- to low-end mechanical watch brand has made great efforts to dazzle consumers with open dials and movement skeletonization work. And yet, the masterful manufacture that is Montblanc’s Minerva in Villeret has apparently not, until now, produced a timepiece that displays the beatific grandeur of its in-house mechanical movements (especially the chronograph). What the brand decided to use to introduce this concept is the awkwardly named Montblanc 1858 “The Unveiled Secret” Minerva Monopusher Chronograph LE18/LE58 watch. Try saying that five times fast. 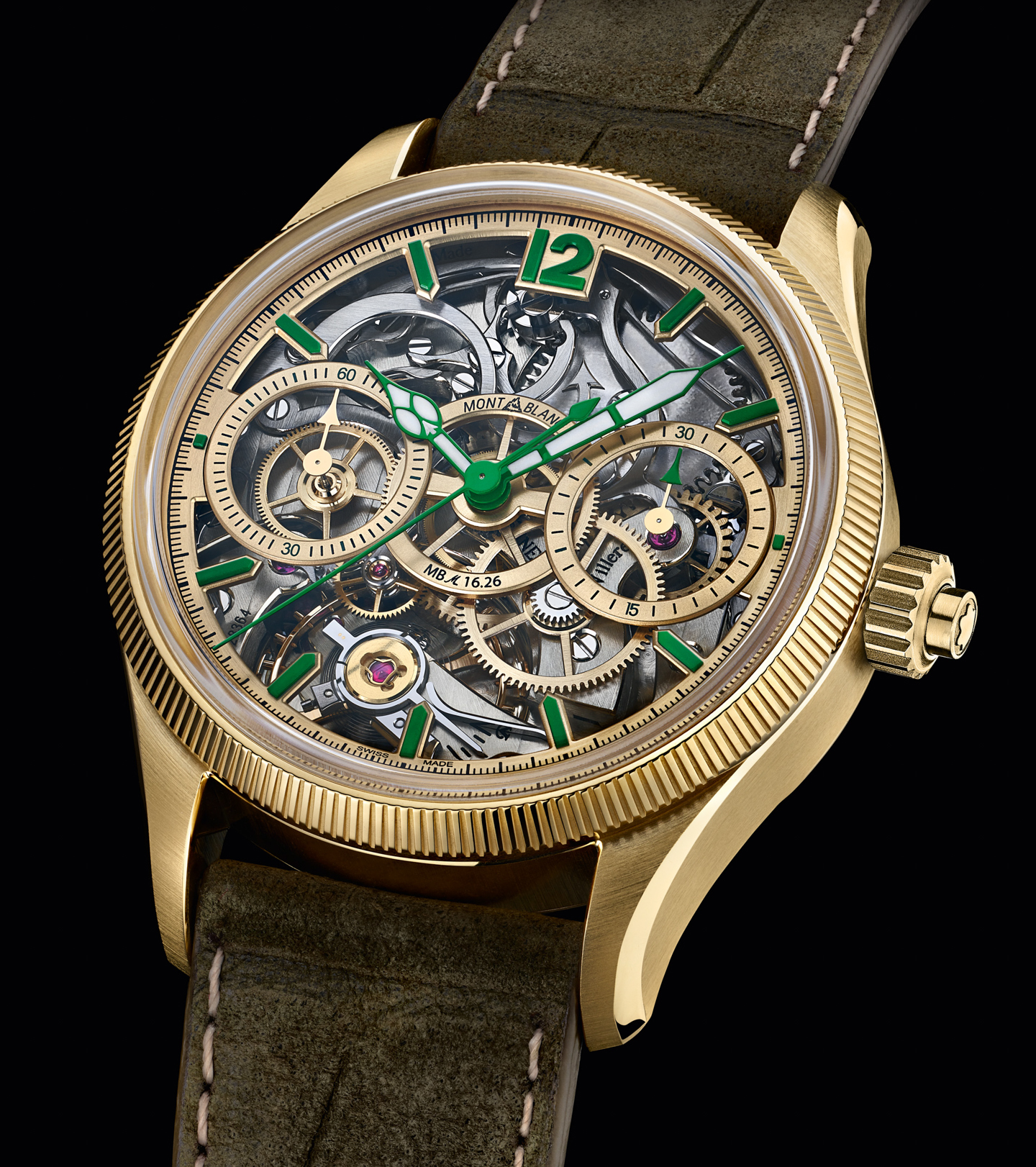 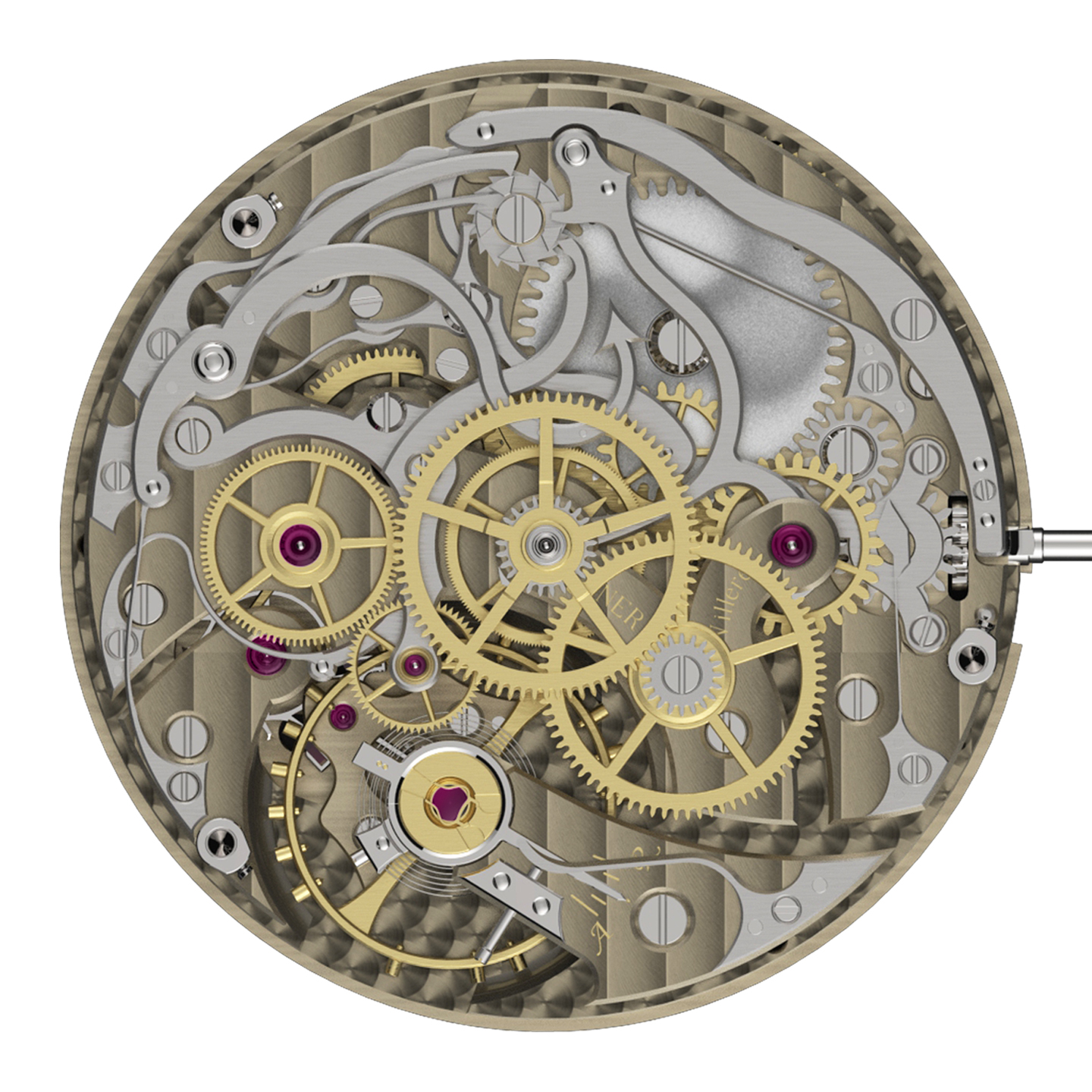 Minerva is known for really nice chronograph movements, and this caliber is among its finest work. It is a very classic movement that eschews modern features or materials for a good ol’ traditional experience complete with elaborate touches and thorough hand-finishing. This is like buying a brand-new car but one that was originally designed a few generations ago. The movement in this watch is slightly different from the Minerva MB 16.29 caliber that it is based on. The difference is that Montblanc turned it upside-down and then had to add about 21 parts in order to make the hands display on the opposite side. You see, the trick to this watch is that Montblanc didn’t do anything special to embellish or skeletonize the movement. This is the exact view you’d normally see through the rear of a Montblacn 1858 watch with the MB 16.29 movement. Only in “The Unveiled Secret” watch, you can view the movement through the dial side. This is Minerva flexing and simply showing how nice it has been making movements all along.

The movement in this configuration is known as the caliber MB 16.26 (9 was flipped upside down to 6), and it is a manually wound monopusher 30 minute chronograph. Comprised of 273 parts, the movement operates at a steady frequency of 2.5Hz (18,000 bpm) with a power reserve of 50 hours. No frills here, just a lot of nice old-style bridge work and a secure-feeling action as you press the pusher that is integrated into the crown, which cycles through the chronograph’s start, stop, and reset functions. Note the “devil’s tail” arrows — this signature part of the Minerva manufacture is also found in small details on the watch such as the shape of the chronograph hands as a symbol integrated into the design of the hour hand. 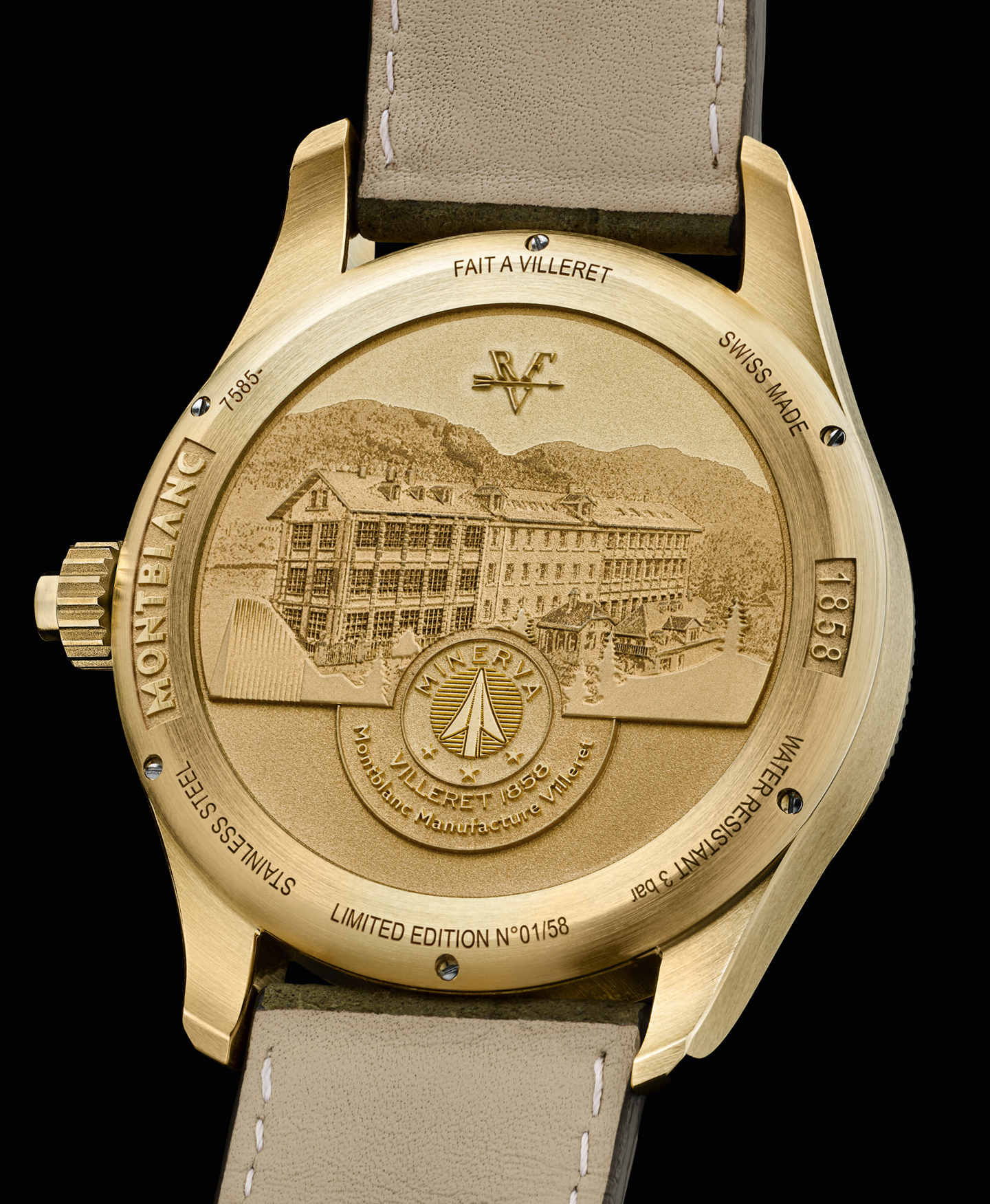 Style-wise, Montblanc seems to be going in two directions here. One is modern and the other is classic. The 43mm-wide case is offered in either steel (with blue dial accents) or 18k lime gold (with green dial accents). The latter is an alloy of gold with a sort of greenish-yellow tint. The overall theme of the watch and dial is sort of like an open-dialed classic pilot’s watch or some lavish sports watch that never was from 60 years ago. The coined edge on the bezel is sharper and more angular than those on classic pilot’s watches, but other styling like the rounded lugs and the hour and minute hands are very classic in their theme. Also classic is the use of this particular version of the Montblanc logo, which isn’t my personal favorite. I’d rather see a cursive font used, or even the brand’s modern logo. A Minerva logo might look neat, as well, someday.

The sense of depth you must get from the dial should be impressive, and I am looking forward to handling these watches personally soon. I like that there is a full scale of legible hour markers and that Montblanc went to great lengths to make sure that this was still a tool-style watch in addition to a showy luxury item. It is also interesting to see how the brand created an open-worked set of scales for the chronograph subdials that nevertheless don’t unnecessarily obscure from the view of the caliber MB 16.26 movement. The watches come on blue or green alligator straps and should be one of the hotter limited-edition Montblanc watches this year. Price for the Montblanc 1858 “The Unveiled Secret” Minerva Monopusher Chronograph LE18 and LE58 watches is $48,000 USD and $33,500 USD respectively. Learn more at the Montblanc website here.