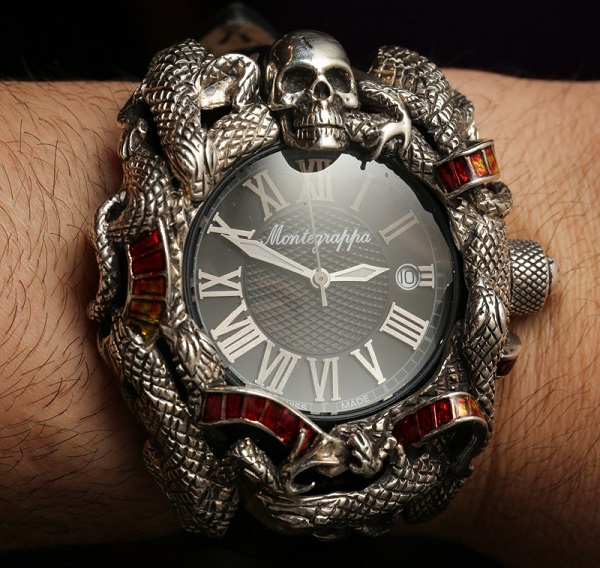 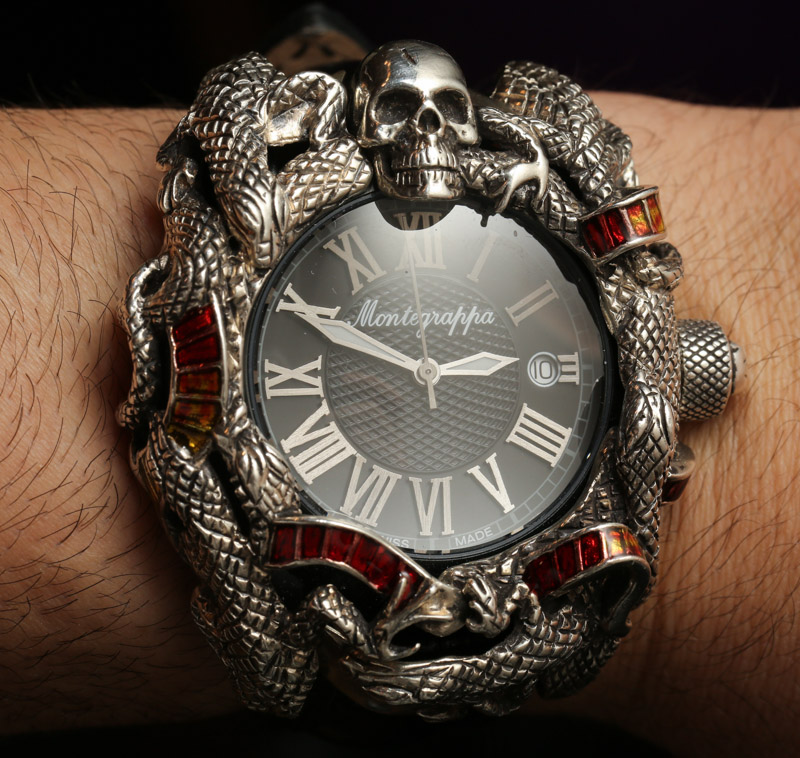 A polarizing and unique watch, the Montegrappa Chaos watch is an horological extension of Sylvester Stallone and points to some of the reasons we love watches. Italian pen maker Montegrappa has a rather interesting recent history that involves, among other things, the creation of timepieces in addition to pens and a sale and repurchase from the Richemont Group. Recently they release their Nero Uno watch collection (reviewed here) of pretty nice looking mechanical timepieces that served as an extension of the well-known writing instrument collection of the same name. Which is now followed-up with the limited edition Chaos watch with skulls, reptiles, and roads of fire on it.

Before you gawk at this timepiece in awe or as if it were a train wreck, a bit of explanation of what the Montegrappa Chaos is due. This all started with the Chaos pen produced for Sylvester Stallone and then sold as a limited edition. First of all, Stallone is on the board of Montegrappa – so that should explain some of this. The story goes that Stallone wanted a special pen to use in the first Expendables movie. It was featured more I believe in the Expendables 2. Apparently he sketched out the design of the Expendables skulls with wings pierced by a sword logo during a meeting. It evolved into the Chaos pen, and because Stallone is Stallone, Montegrappa produced it. 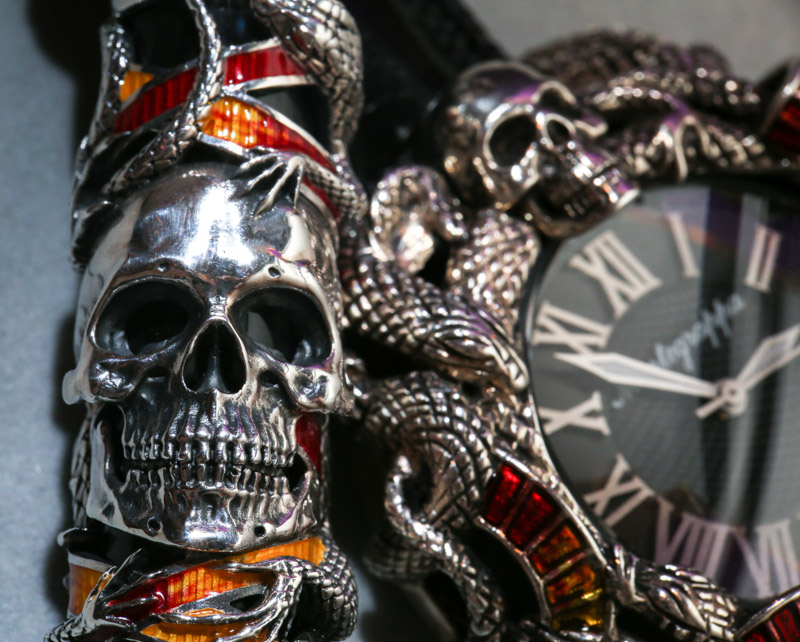 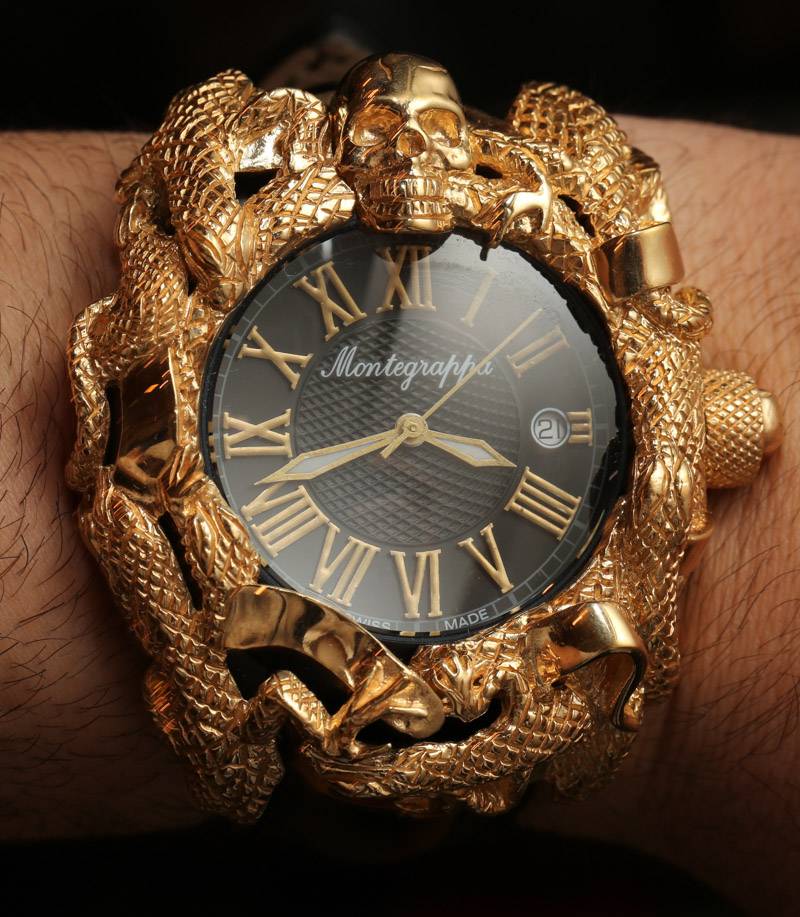 The body of the pen was either sterling silver or 18k gold engraved with skulls, snakes, lizards, and red and yellow enameled sections that can only be described as “roads of fire.” Montegrappa’s CEO has a good sense of humor about the Chaos and shared with me that a member of the Italian press wrote that the Chaos pen was “the worst thing to happen to Italy since Mussolini.” He got a laugh out of that, and here I was thinking that the worst thing that happened to Italy since Mussolini were accountants. Anyhow, despite the polarizing effect of the Chaos, it became Montegrappa’s best-selling item, which I promise you is not a testament to their other products. The Chaos clearly has a “love it or hate it” niche appeal. Which, as you can guess, is why the pen and now the watch, are all limited edition items.

Montegrappa and Stallone felt that if the Chaos pens were doing so well, why not a watch? I mean guys like Stallone who often dress like “Ed Hardy’s rich cousin” can pull this stuff off. Everyone else can joke about what the Chaos watch will look like with their suit and tie, or perhaps with beach attire. When I posted a wrist-shot of the Chaos watch on Instagram I think it set a record for the most comments received in a short period of time. Clearly not all were good, but Montegrappa isn’t looking for that. To be honest, if you are new to making watches you have a better chance of making a splash with something that a lot of people dislike and a few people love, versus some mediocre product that attempts to please everyone, and excites no one. 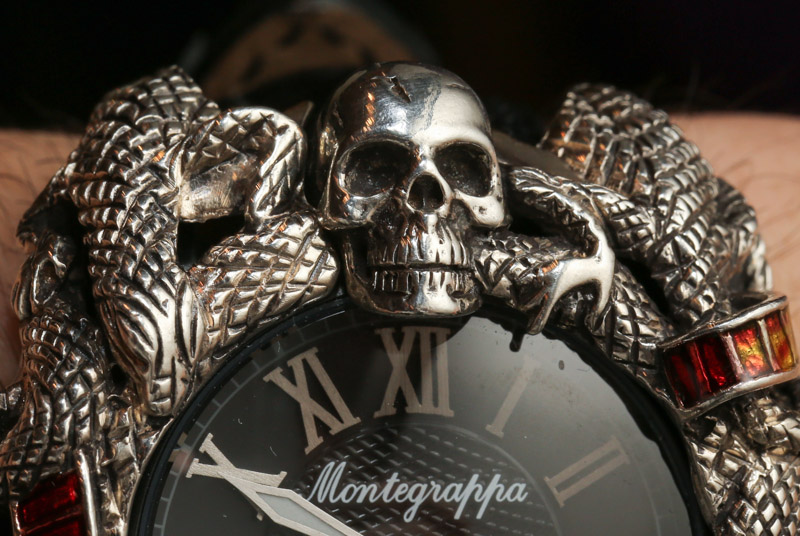 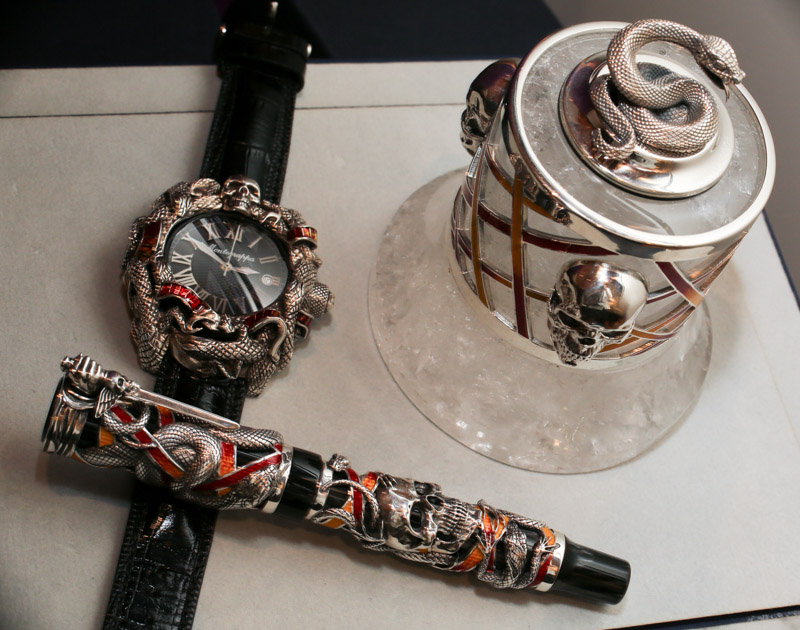 By the way, what do you think about the complete set of Montegrappa Chaos items? There is the Chaos pen, watch, and inkwell made from rock crystal. There is also a pair of cufflinks. You know you need them all if you want to live the Chaos lifestyle. My question is, what do people use inkwells for these days? I mean, people with fountain pens have special places to keep their ink so that it does not dry up, and ideally you don’t need to dip your pen all the time. You are mostly going to use a writing instrument to sign your name so having an easily accessible container of ink on your desk isn’t necessary. It is actually more of a liability. Imagine if you knocked it over and ink got all over your desk and office. Maybe the iguana that lives on your desk with a Chaos skull necklace accidentally knocked over the inkwell as you fed it live crickets when you were bored. You’d probably want to stab someone with your Chaos pen if that happened. What, your office isn’t set up for maximum Chaos?

Let’s get back to the watch, which will be offered in four versions. There will be two sterling silver Chaos watches and two in 18k yellow gold. That means either metal case be had with or without the enamel “fire.” The watch dial itself is actually rather handsome and legible. I like the thick sword-style hands and applied brushed Roman numeral hour markers. It isn’t super fancy, but the dial itself is pretty decent. Inside the watch is a Swiss ETA 2824 automatic movement…