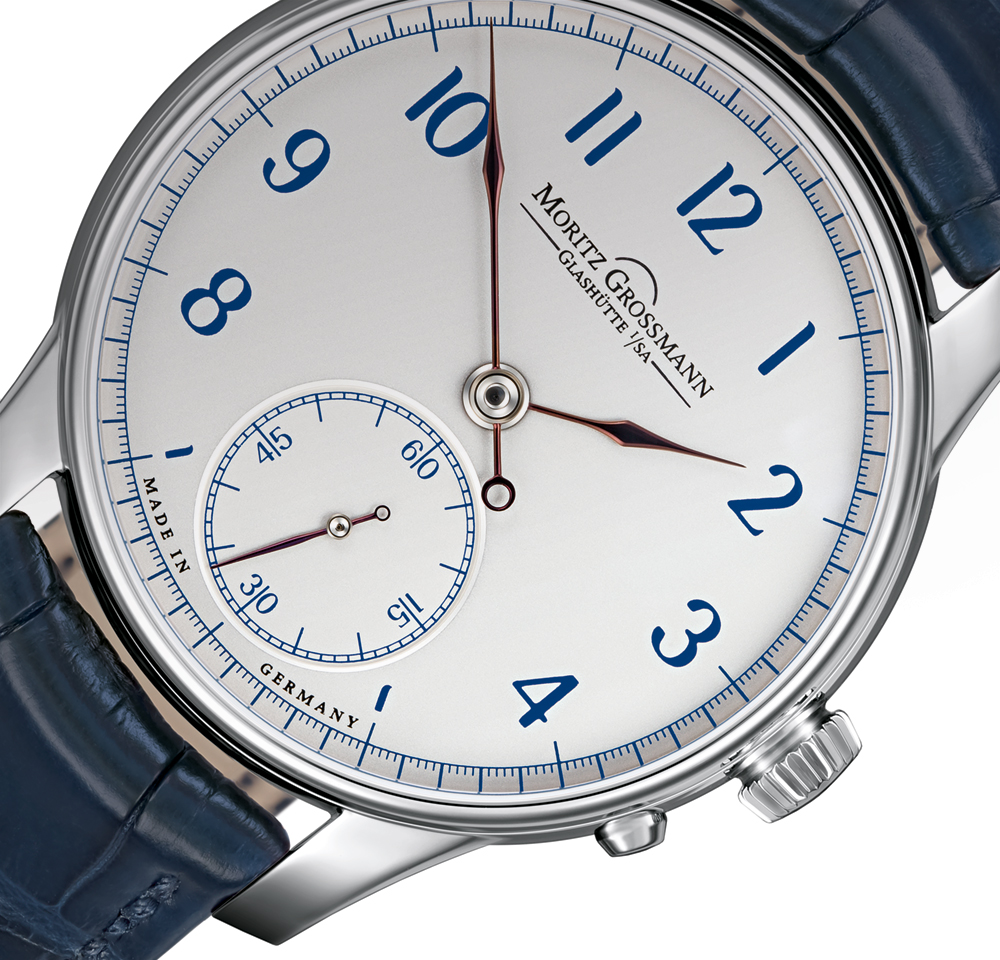 The German watch houses based in Glashütte are relative newcomers in the centuries-old world of horology. Though many of them have storied histories, they could be considered new companies as they were mostly only revived shortly after the fall of the Berlin wall. Among them, however, Moritz Grossmann is possibly the youngest. Founded only in 2008, this means Moritz Grossmann is only nine years old this year. However, within this short span of time, it has created some intriguing watches such as the Benu Tourbillon (hands-on here) which uses human hair in the movement. Their latest watch is less radical but no less attractive. Meet the new Moritz Grossmann Benu Enamel watch. The name Benu is derived from the Bennu bird, which is an Egyptian deity that is said to have been the inspiration for the phoenix that appears in Greek mythology. Benu is also the name of Moritz Grossmann’s first watch, which is apt considering that the brand was relaunched only after the watchmaker’s brand name was acquired by founder Christine Hutter, but that’s a story for another day. The Benu Enamel watch can be described as a dressy and elegant watch with a timeless design. It comes in a 41mm wide and 11.35mm thick case made out of stainless steel. Stainless steel is fast becoming the material of choice for high-end watch brands as it allows them to introduce new pieces at a much more accessible price point. The width of 41mm might sound a tad large for its conservative style, but we’ll reserve our judgment until we get to see the watch in the flesh. The dial is made out of white grand feu enamel and there are two versions to choose from: one with the Arabic hour numerals in black and the other with the Arabic hour numerals in blue. Both versions will have steel hour and minute hands heated and then cooled to a very attractive brown-violet hue. I see this as a good move on Moritz Grossmann’s part as a way to distinguish itself from the more usual blued steel hands found on many other watches. The dial is simple and clean. You have hour markers in large Arabic numerals, the brand’s logo at 12 o’clock, and a subsidiary seconds dial at 6 o’clock. There’s no date and nothing superfluous. In addition, the use of enamel should ensure that the dial loses none of its pristine white sheen over the years. The movement within is the hand-wound Caliber 100.1, which is a variant of the Caliber 100 – Moritz Grossmann’s first caliber. It is in-house made, beats at a leisurely 2.5Hz, and has a power reserve of 42 hours when fully wound. Constructed out of German silver, it features traditional Glashütte architecture with a large 2/3 plate and a hand engraved balance cock, as well as elements like the brand’s own Grossmann balance. It features many different finishes such as broad Glashütte ribbing on the plates, beveled and polished edges, snailing on the ratchet wheel, polished screws, and raised gold chatons. The Caliber 100.1 also features what Moritz Grossmann calls the Grossmann Winder with Pusher, which we discussed in greater detail in our hands-on with the Moritz Grossmann Benu Power Reserve watch. See the pusher at 4 o’clock below the crown? When the user pulls the crown out, the movement stops and the crown jumps back to its home position. In this position, the user can set the time. To restart the movement, simply activate the pusher at 4 o’clock. This ensures that the movement starts without any accidental altering of the position of the hands, thereby increasing the precision of time-setting. The good thing about the Benu Enamel watch is that it won’t be a limited edition watch. It will, however, be produced in limited numbers of 18 pieces (in each version) per year. Moritz Grossmann did not say how long they will be in production. The Moritz Grossmann Benu Enamel is priced at €22,800 in the US, €24,600 in Switzerland, and €27,100 in Germany. grossmann-uhren.com