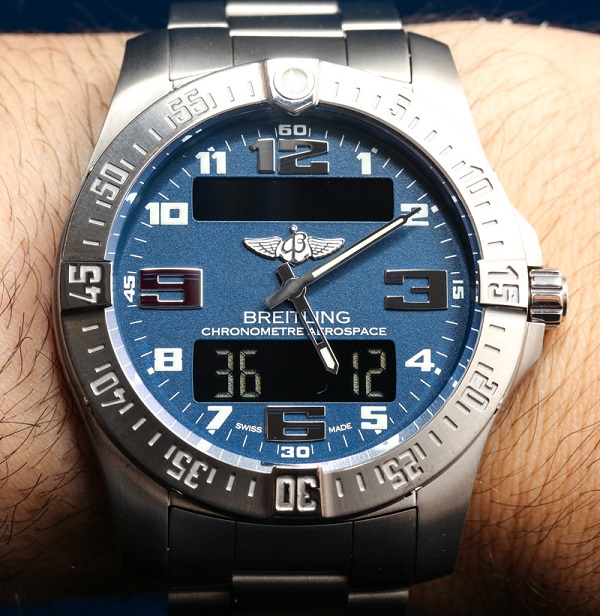 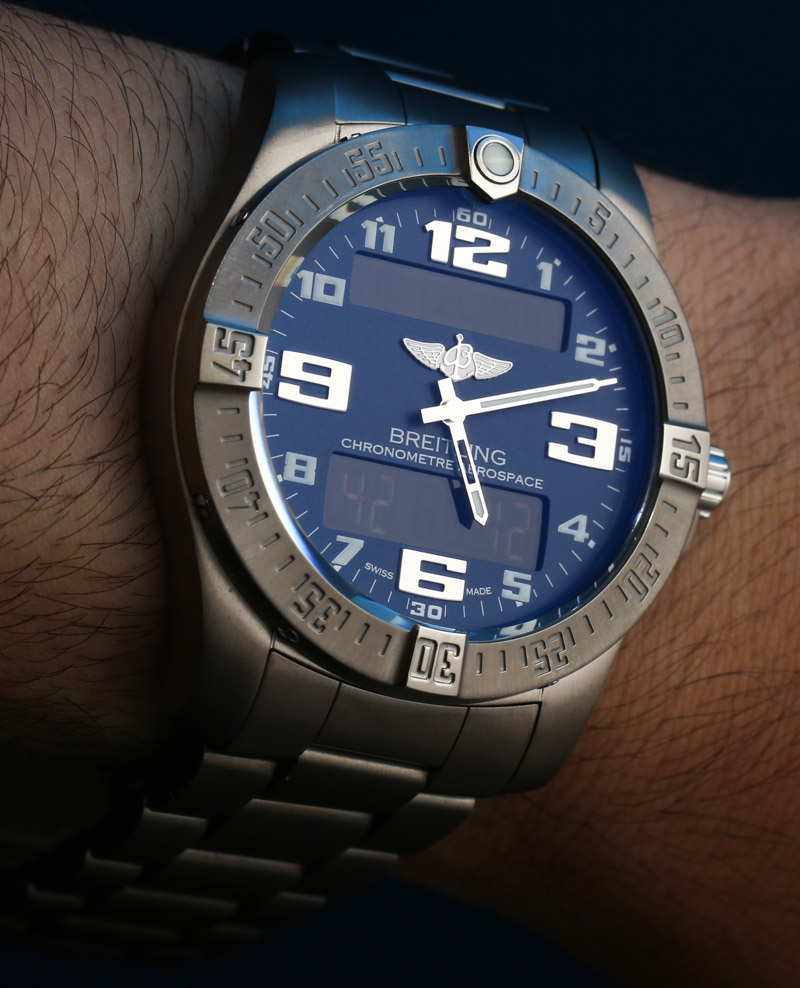 Breitling has released a brand new version (available now) of the legendary Aerospace watch for 2013 called the Aerospace Evo. Breitling originally released the Aerospace in 1985 under the Navitimer collection to be a high-end quartz watch that contained an ETA-made analog-digital movement called the SuperQuartz. The idea was for the Aerospace to be a super accurate futuristic flight watch, and at the time it certainly was. For 2013 the Aerospace Evo undergoes a minor evolution from the last Aerospace with a new dial, and new case that is a bit larger than before.

If you like the idea of a high-performance tool watch that is Swiss then the Aerospace is an excellent option. In all titanium, the case is light and sits very comfortably on the wrist. It helps that it is relatively thin as well. The outgoing Aerospace watch was 42mm wide, and it is now up to 43mm wide. It is a little step up in size but it does help the Aerospace to feel more modern. Nevertheless, the comfort and feeling of versatility are still there. 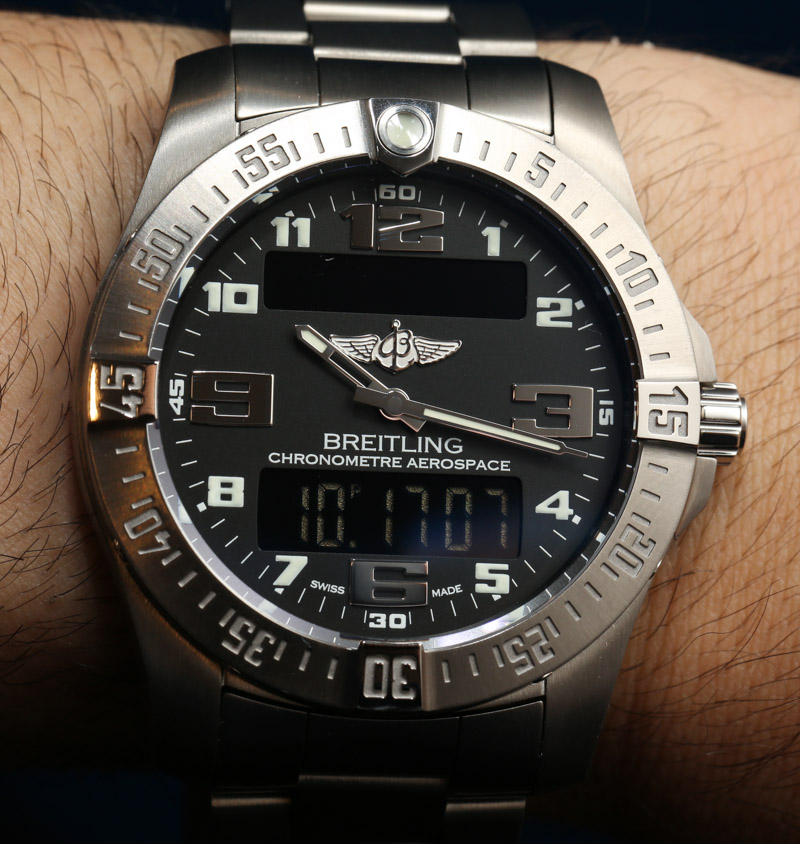 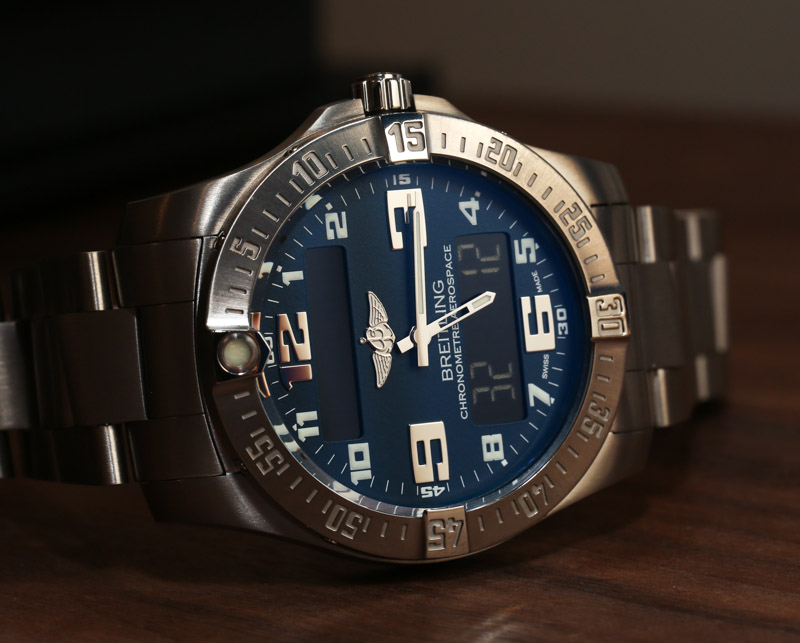 We last covered the Aerospace some time ago in 2009 when Breitling refreshed the dials a bit. That was a while ago, but really not too much new has developed in this area as Breitling has only released a few new quartz watches each year. Nevertheless, Breitling is dedicated to its quartz customers and offers more SuperQuartz-based watches than any other Swiss brand that I know of. We’ve written about SuperQuartz in the past discussing the technology more. It is also known as a thermocompensated quartz movement. Why is it super? Well mostly because of accuracy. While a normal quartz movement is accurate to within about 15 seconds a month, SuperQuartz movements are accurate to within about 10 seconds a year.

They do this by being able to compensate for variations in timing that come with temperature changes in the movement. Many (but not all) SuperQuartz movements are multi-function movements with digital LCD screens offering more information. In the Aerospace is the Caliber 79 SuperQuartz with two LCD screens and all the functions being operated by the crown. There is also one called the Caliber 78 which has two additional chronograph-style pushers. Features in the watch include two time zones, an alarm, calendar, chronograph, and countdown timer. You can also set the watch to have both the screens blank for a cleaner look. Also, the movement’s quality has been tested as a C.O.S.C certified chronometer (which have a different scale for quartz as opposed to the one for mechanical movements). 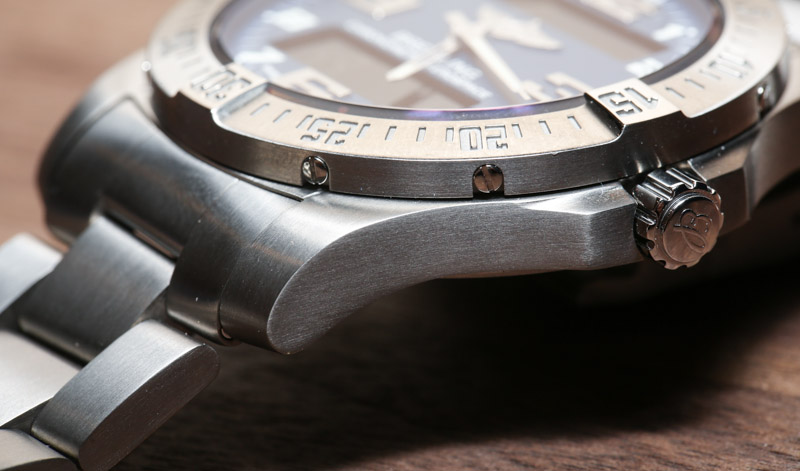