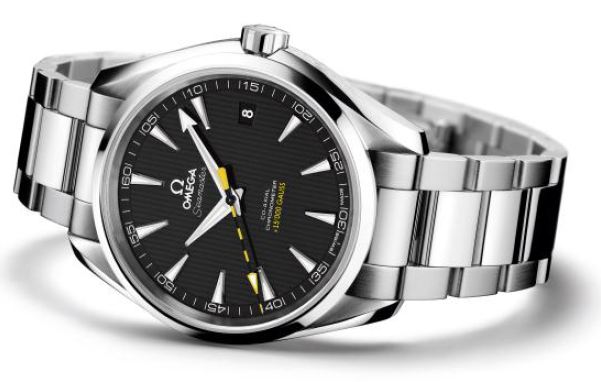 Omega announced recently that they have designed an anti-magnetic watch movement based on their in-house co-axial 8500 series. The calibre 8508 uses specialized non-ferrous materials in its construction which allows it to be unaffected by magnetic energy up to 1.5 Tesla (15,000 gauss). Omega employed the Aqua Terra platform to display the movement as the 8508 does not rely on a conventional iron case layer for magnetic protection. This non-ferrous construction allows the movement to be protected from considerable magnetic interference while still being viewable via a display case back.

This announcement from Omega is notable because two of their main competitors, IWC and Rolex, offer watches which have been designed to withstand magnetic fields and protect the accuracy of the movement within. The current Rolex Milgauss is, perhaps unsurprisingly, capable of withstanding up to 1,000 Gauss or roughly 1/15th that of this new Omega movement. IWC measures the effective protection of their Ingenieurs using a different unit, ampere per meter A/m). To my understanding, Gauss is a measurement of magnetic induction while ampere meters (A/m) is the measurement of actual magnetization and part of the International System of Units family. The two units do not measure identical parameters but 1000 Gauss is equal to 80,000 A m, so the 40,000 A/m boasted by the new Ingenieur 3239 is in the vicinity of 500 Gauss (which is already eight times more resistant than defined by ISO 764). 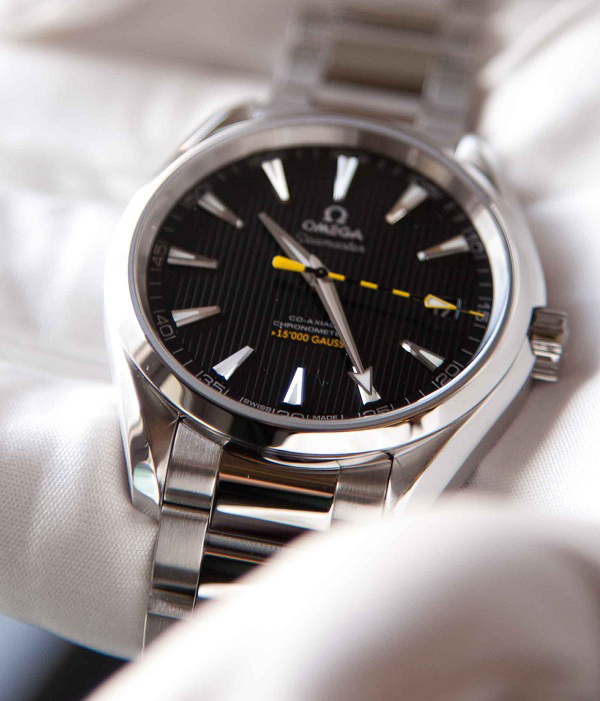 Omega conducted a live demonstration by subjecting the movement to 15,000 Gauss worth of magnetic energy and there was no change in the accuracy of the movement. By comparison, this amount of magnetism would stop the average conventional watch and have massively detrimental effects on its future timekeeping. I have seen the effect of light magnetization on a watch’s ability to accurately keep time and the end result is having the watch demagnetized by a watch maker. The concept of a nearly magnetically impervious watch is pretty cool, definitely practical and will be exceedingly expensive when the movement arrives in production models later this year. Fingers crossed that Omega produces an Aqua Terra like the one seen in the photos as I rather like the funky seconds hand and splash of yellow text on the dial.

Ideally in the future, Omega will develop some new case designs for a revival of the Railmaster which was their original “engineer’s watch.” The Aqua Terra is mostly a dress watch in the Seamaster family and I think a new (another new that is) Railmaster might be a good piece to give Omega a cool antimagnetic “thinking man’s watch” that goes head to head with direct competition from Rolex, IWC, and others. omegawatches.com