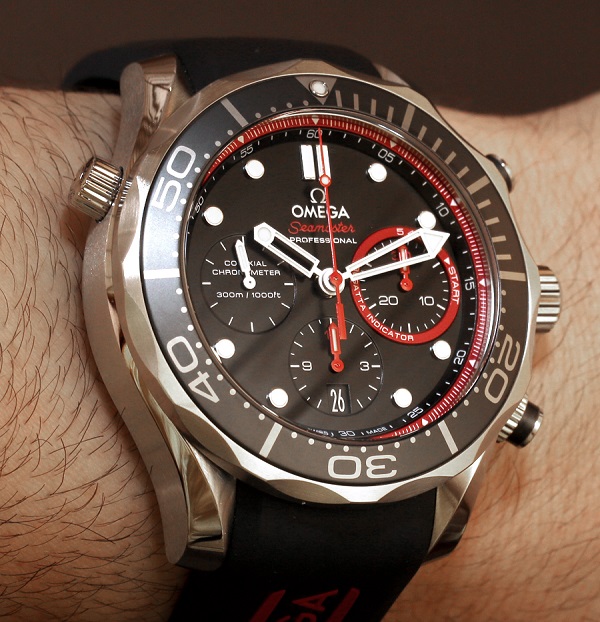 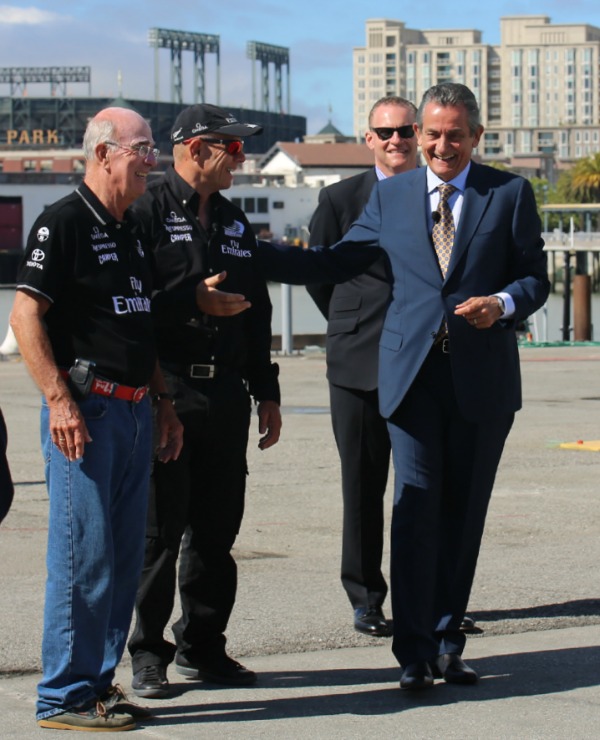 He is also jazzed about the watch. No doubt Omega has a lot of marine-themed timepieces, but it was a necessary decision to choose one as “the sailing watch,” Apparently it make the most sense for it to be an Omega Seamaster 300M. The 300M in its current skin ranges from being both an entry-level Omega to a very suitable mid-range piece that combines both value and a lot of features you want from the brand’s top models. Above the Omega Seamaster 300M Chronograph would be the Omega Seamaster Planet Ocean Chronograph.

The Omega Seamaster Planet Ocean Chronograph contains an in-house made calibre 9300 automatic movement. The Omega Seamaster 300M Chronograph ETNZ contains the calibre 3330, which is a combination of exclusive elements and a base ETA architecture. The calibre 3330 is a pretty sweet deal as it has a column-wheel chronograph, Co-Axial escapement with silicon parts, and is also COSC Chronometer certified. Omega debuted the 3330 in the 2012 Speedmaster Racing (hands-on here). 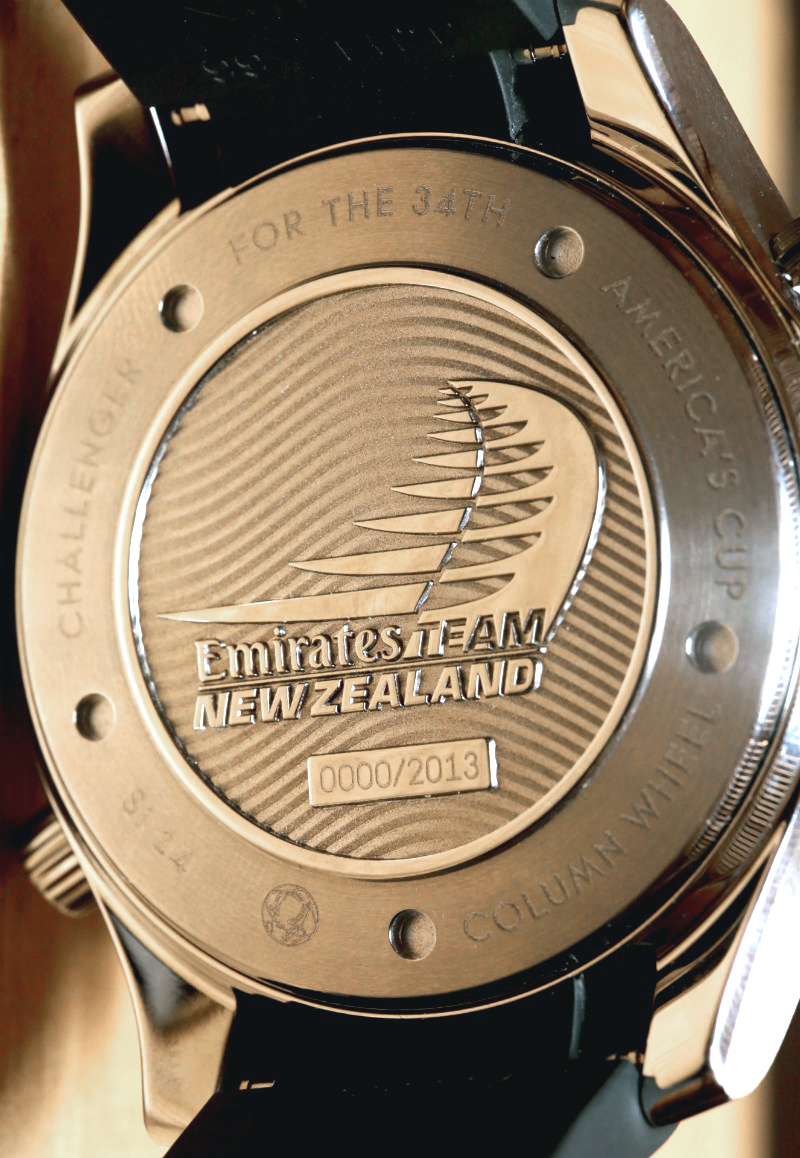 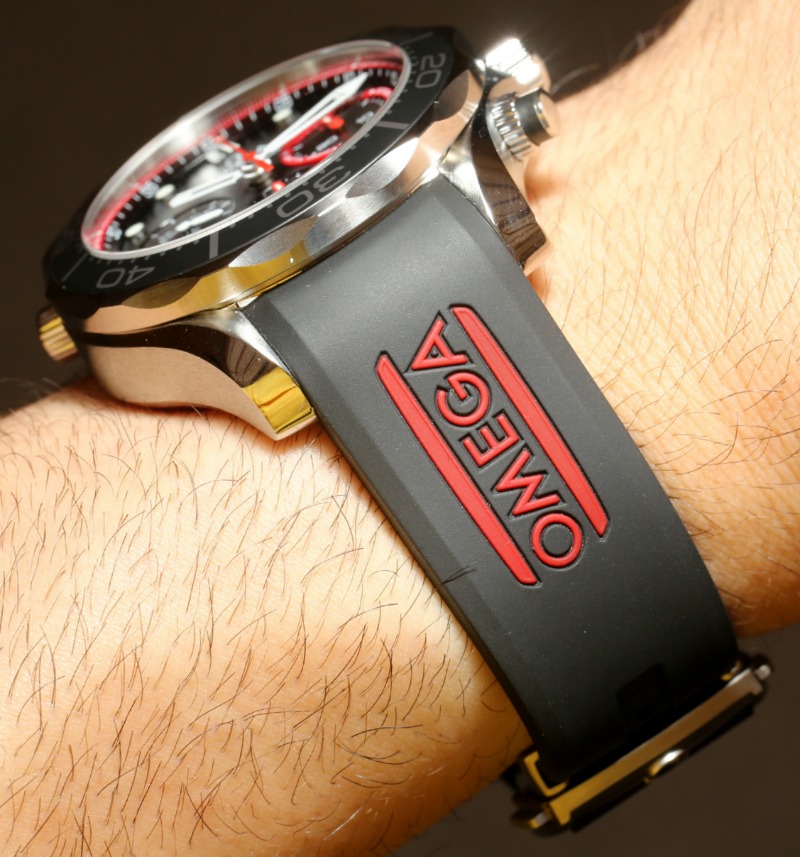 Aside from the classic Omega Speedmaster, this style of Omega Seamaster is among Omega’s most enduring designs. Often times people think about it in blue with a patterned background, but in black without a background design it looks good, especially with all that red. Omega uses a gray ceramic insert for the rotating diver’s style bezel. Matching gray color is used for parts of the chronograph pushers (that have screw guards). Yes, the watch has a helium release valve. No, nobody is going to use it. 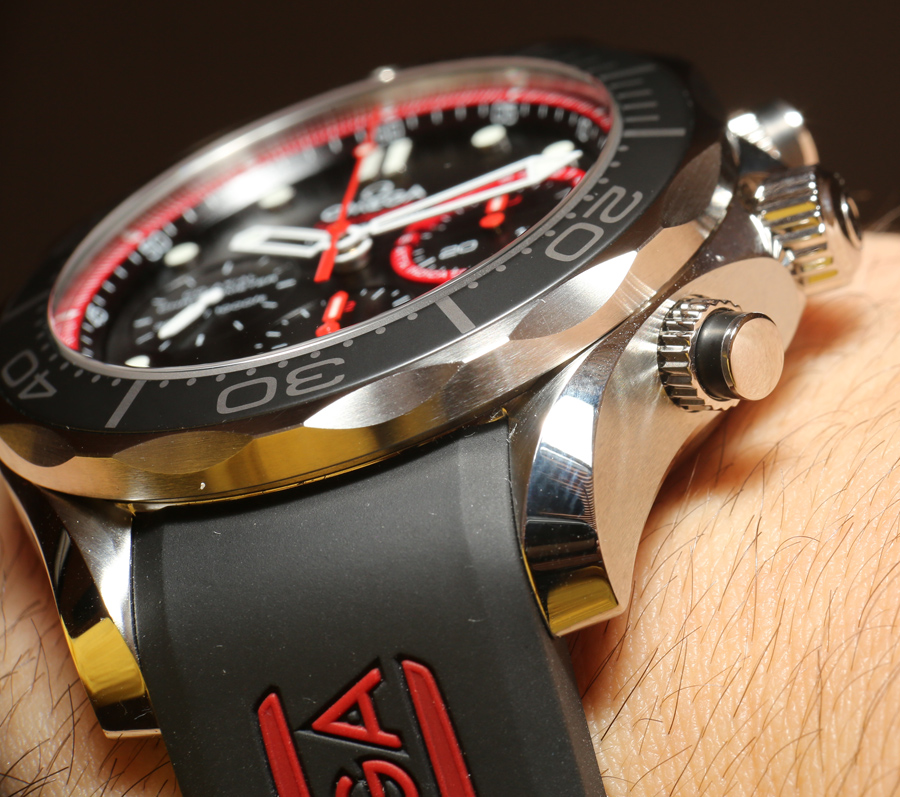 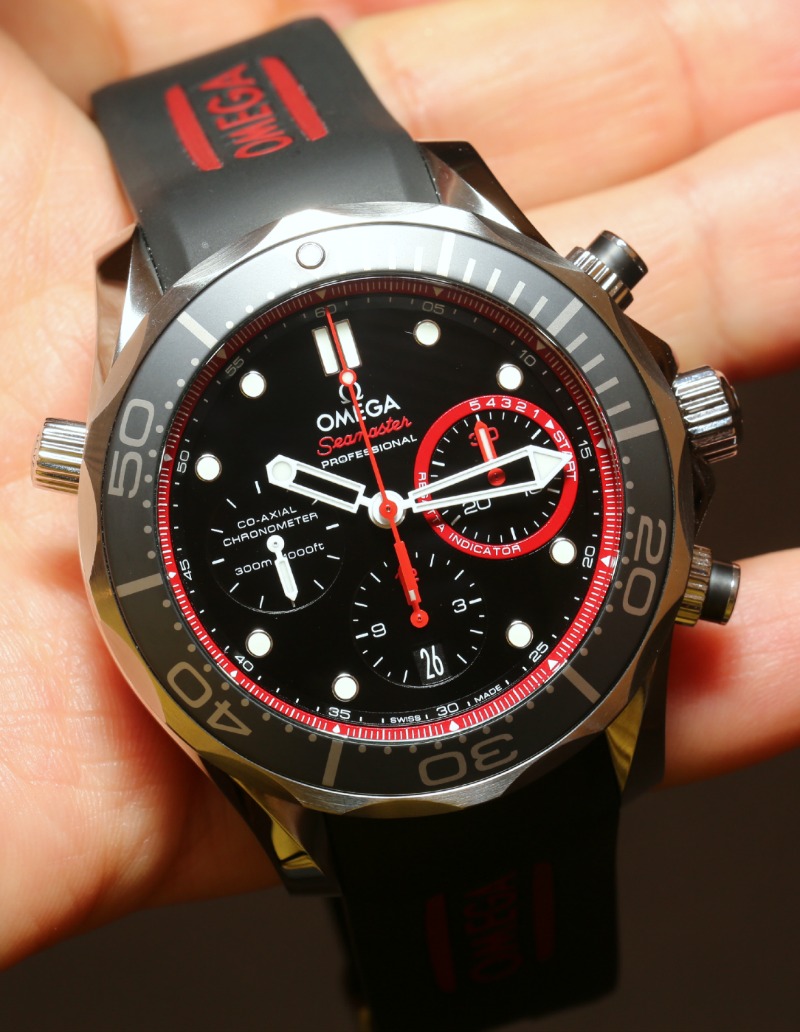 What we appreciate so much about the Omega Seamaster 300M Chronograph ETNZ is that it reminds us of a time not so long ago when an Omega wasn’t an almost $10,000 investment. Sure, the brand has upgraded many of its products and features, but they have also priced themselves out of reach of many people who miss being able to afford new Omegas on a somewhat regular basis. While the ETNZ version will be limited to 2,013 in black and red, a non-limited version of the Omega Seamaster 300M Chronograph Regatta will come out soon in black and yellow. Price for the ETNZ limited edition version is 5,200 Swiss Francs. omegawatches.com