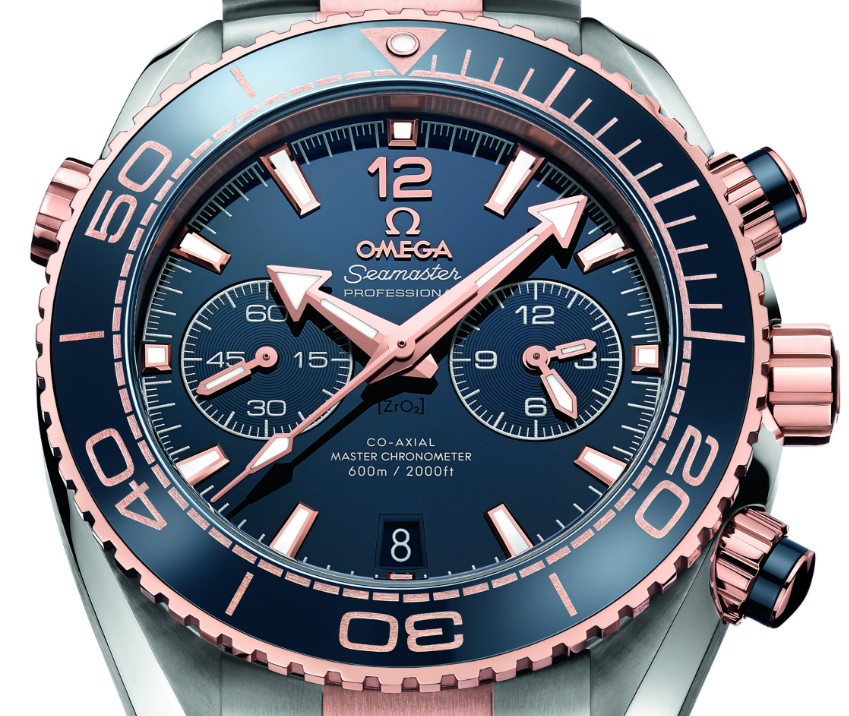 We haven’t seen major changes to Omega’s signature dive watch since the 8500 revisions, but even then, the pace of updates since the Planet Ocean’s conception in 2005 has remained glacial at best. This time around, however, the refresh is considerably more significant – starting with the movement: all Planet Ocean watches are now equipped with the 9900 series co-axial master chronometer developed by Omega and certified by METAS (more on the Swiss Federal Institute of Metrology here) for accuracy and long-term reliability. Even more importantly, though, these movements are fully anti-magnetic and boast an impressive 60-hour power reserve, making them not only beautiful, but exceptionally practical for the modern age. 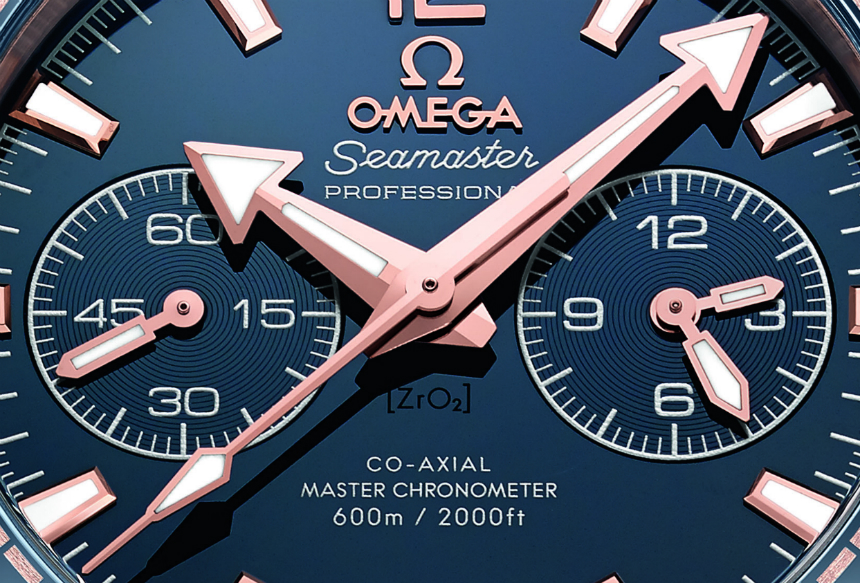 This particular Omega Seamaster Planet Ocean Master Chronometer Chronograph marks the first time we’ve seen a METAS-certified master chronometer chronograph movement, but it’s something we’ve long suspected wasn’t far away. However, why Omega chose to debut this movement in a dive watch rather than starting with its signature Speedmaster chronograph collection isn’t immediately clear, though it probably suggests that the movement just wasn’t quite ready last year when we were assaulted from every possible side of the moon in the massive Speedy refresh. 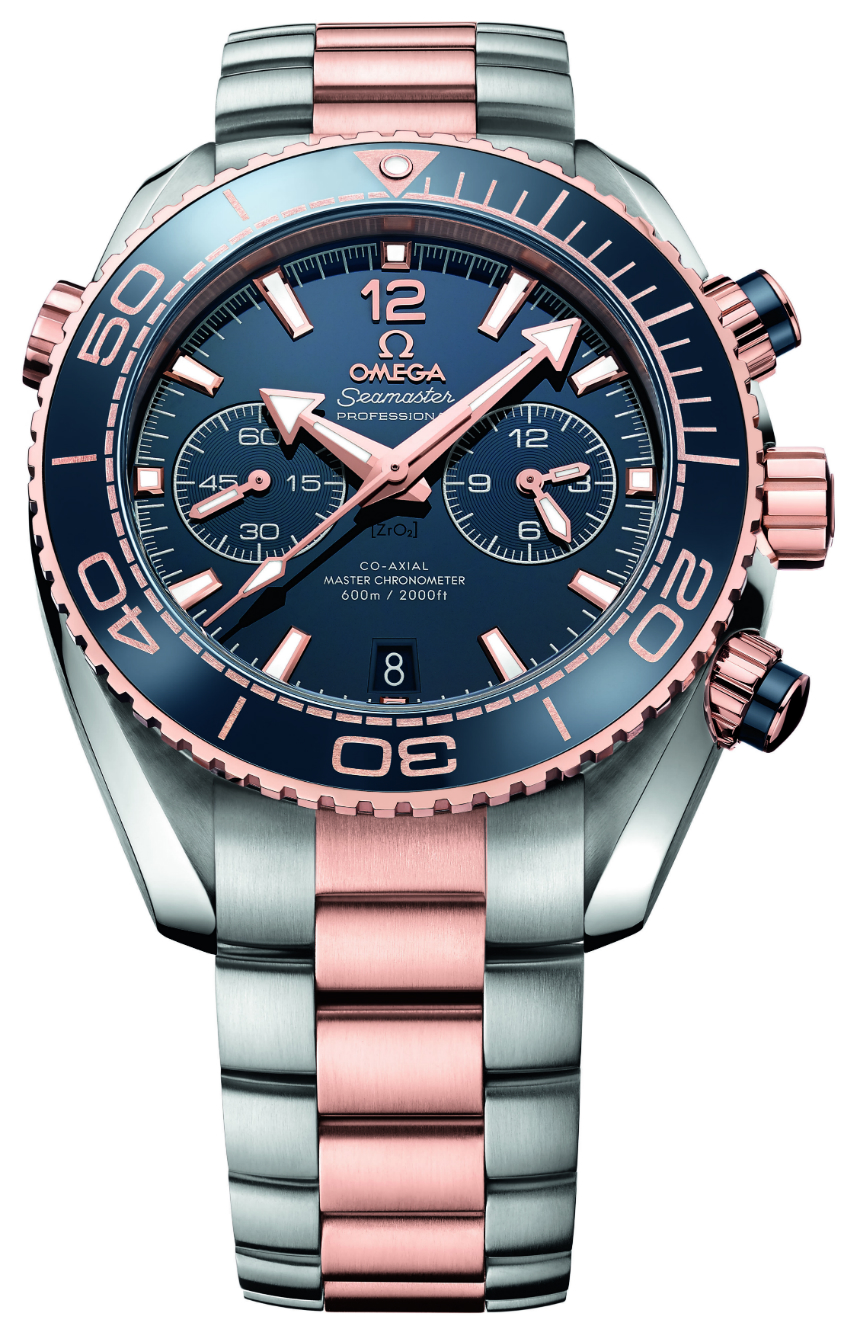 Either way, the new Planet Ocean watches are here, and they bring not only a new movement for their new, thinner cases, but a full implementation of Omega’s best technologies like 18K Sedna gold, Liquidmetal, and ceramic. This particular Omega Planet Ocean Master Chronometer Chronograph uses all three – marrying a 45.5mm stainless steel and 18K Sedna rose gold case with a black, or deep blue ceramic dial and bezel. The dial itself is fitted with Omega’s applied Ceragold indices and finished with an arabic “12” at the top of the dial – which, you’ll note has also been subtly updated with modernized font that seems to more closely reflect the font used on the bezel. It also could be a more concerted effort to drive the Planet Ocean into the future while distancing itself from the vintage-inspired styling expressed on previous Planet Oceans and the Seamaster 300.

The Planet Ocean series’ flagship, the Omega Seamaster Planet Ocean Master Chronometer Chronograph will have a price of 14,500 CHF when it lands at retailers. Stay tuned for on-wrist impressions from Baselworld 2016. omegawatches.com